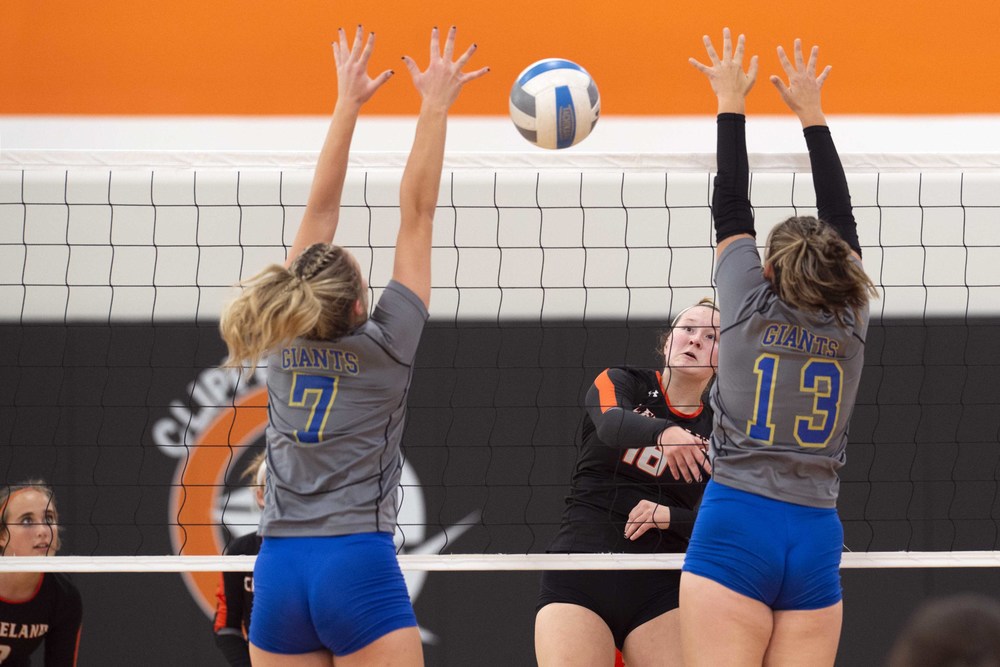 B girls keep LSH in check

Above: Sarena Remiger follows through on a hit. Injured warming up for the varsity after the B game, she will be sidelined for a while.

The Clippers won game one 25-19 after a Mariah McCabe attack.

The Giants took the first four points of game two before a serve got tangled in the net. Lacey McCabe followed with a kill for the first Clipper winner.

Later, down 16-10, the Clippers won six of the next seven points, including two on ace blocks and one a kill, all off the palms of Lexi Waldron.

The game swung back and forth down the stretch. Lacey McCabe scored on an ace tip for the final Clipper winner, and with the game knotted at 24, the Giants sent two hits out of bounds for 26-24 Clipper victory.

“We came out strong on the serve receive,” said coach Sally Kortuem.

The Clippers trailed game three 14-8 before time ran out.

The Clippers return to their court on Thursday when they host Alden-Conger. 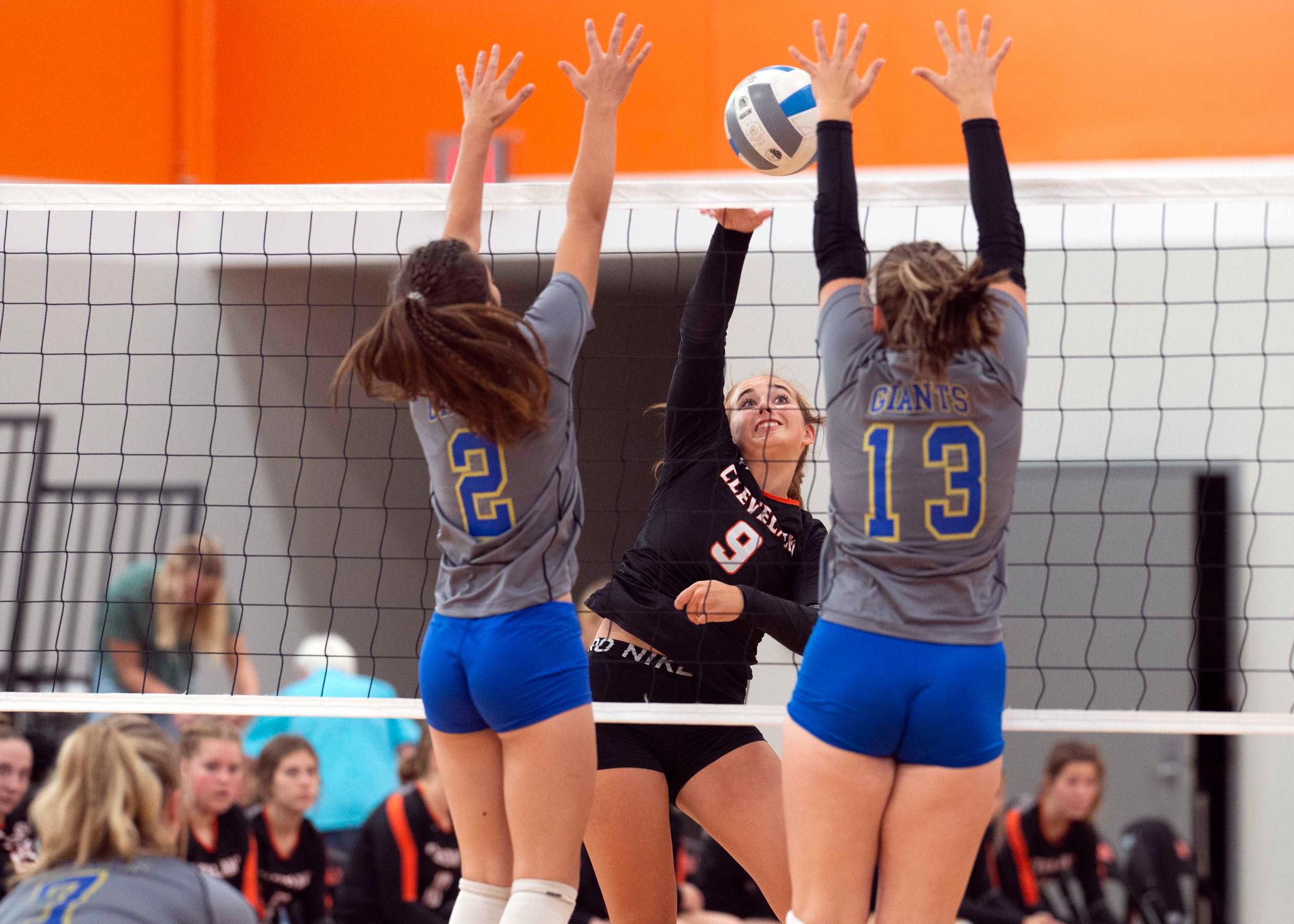 Laci Hollerich swings through a hit. 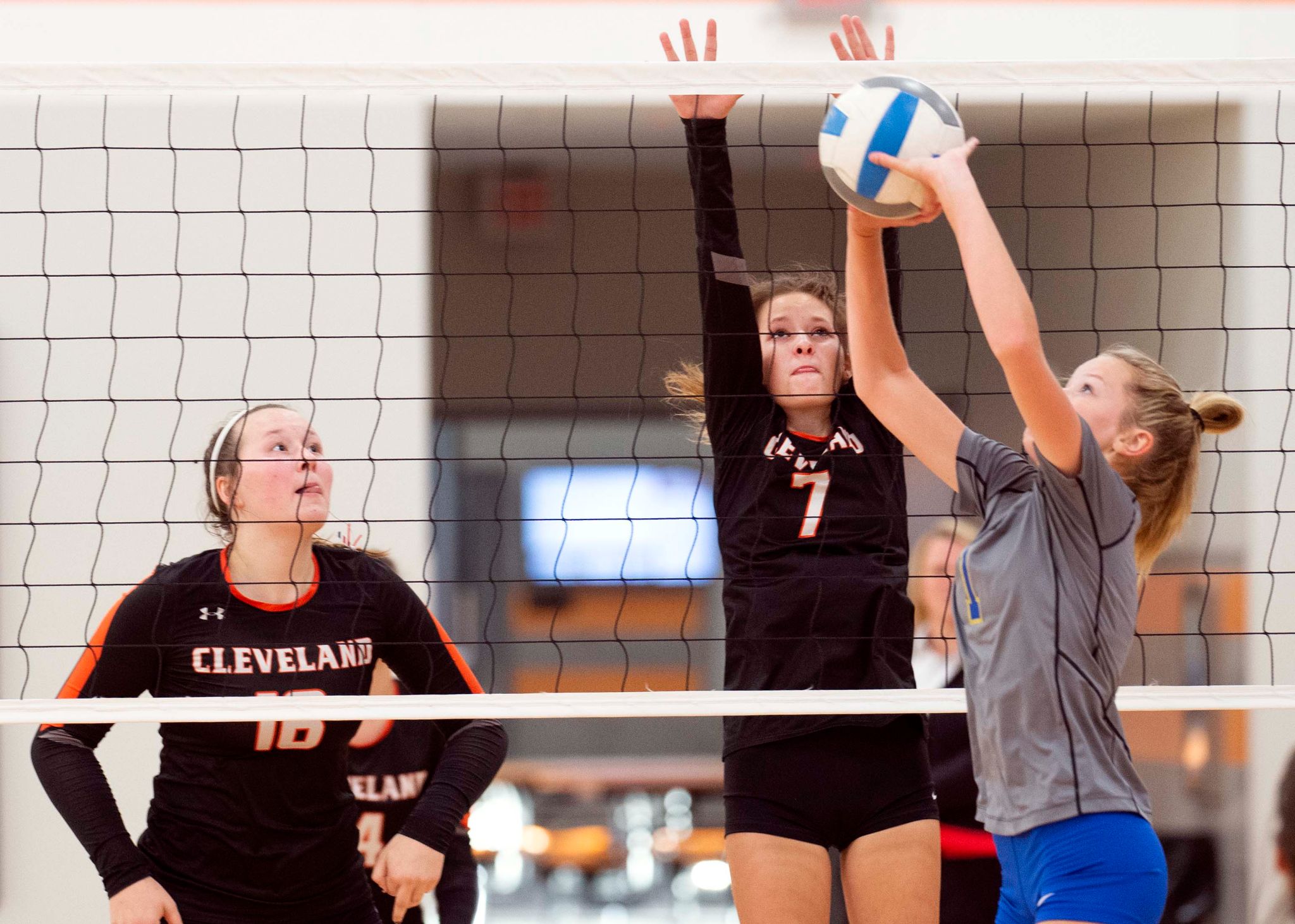 Jersie Kelley goes up for a block. 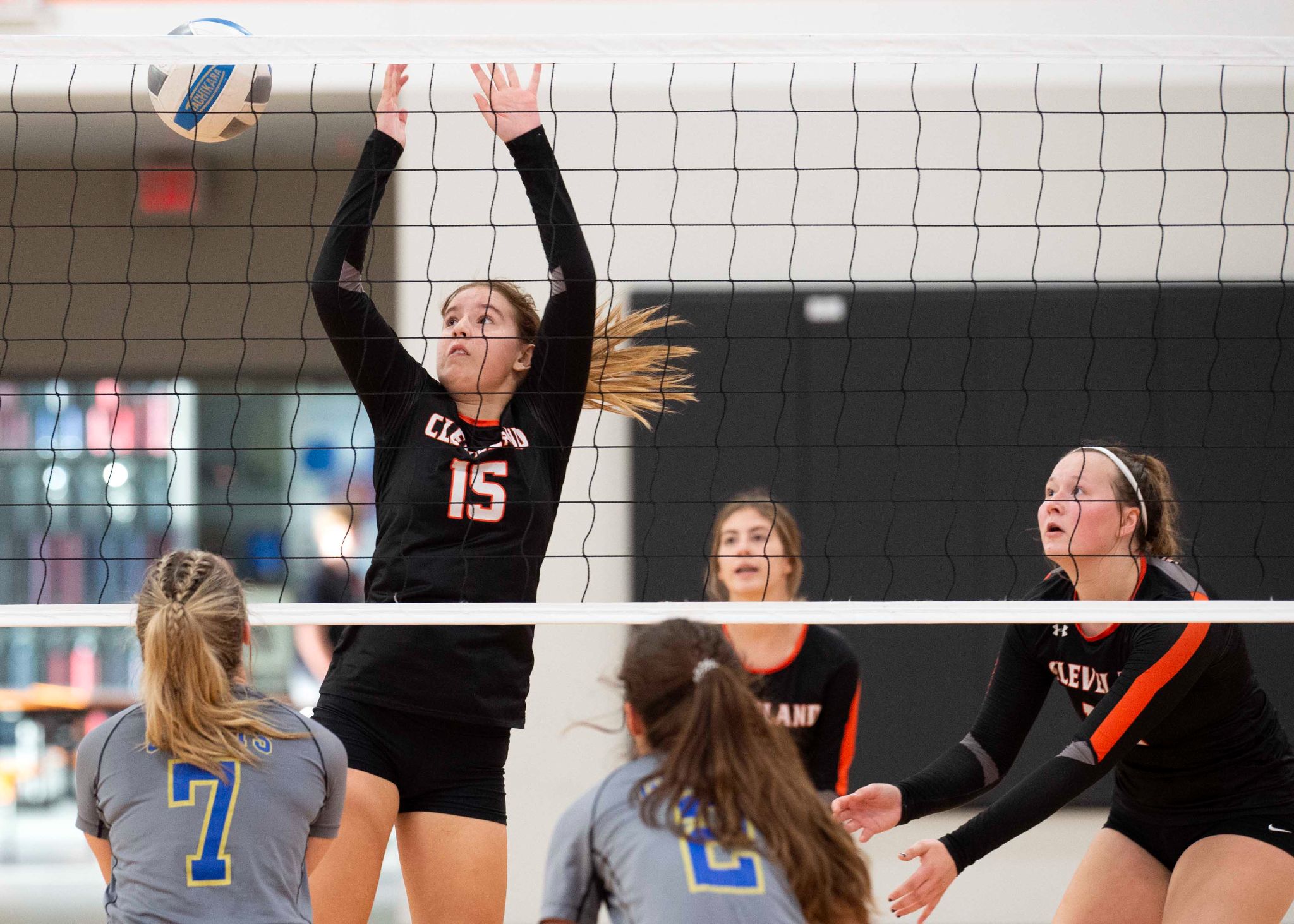 Sophie Perkins fights at the net. 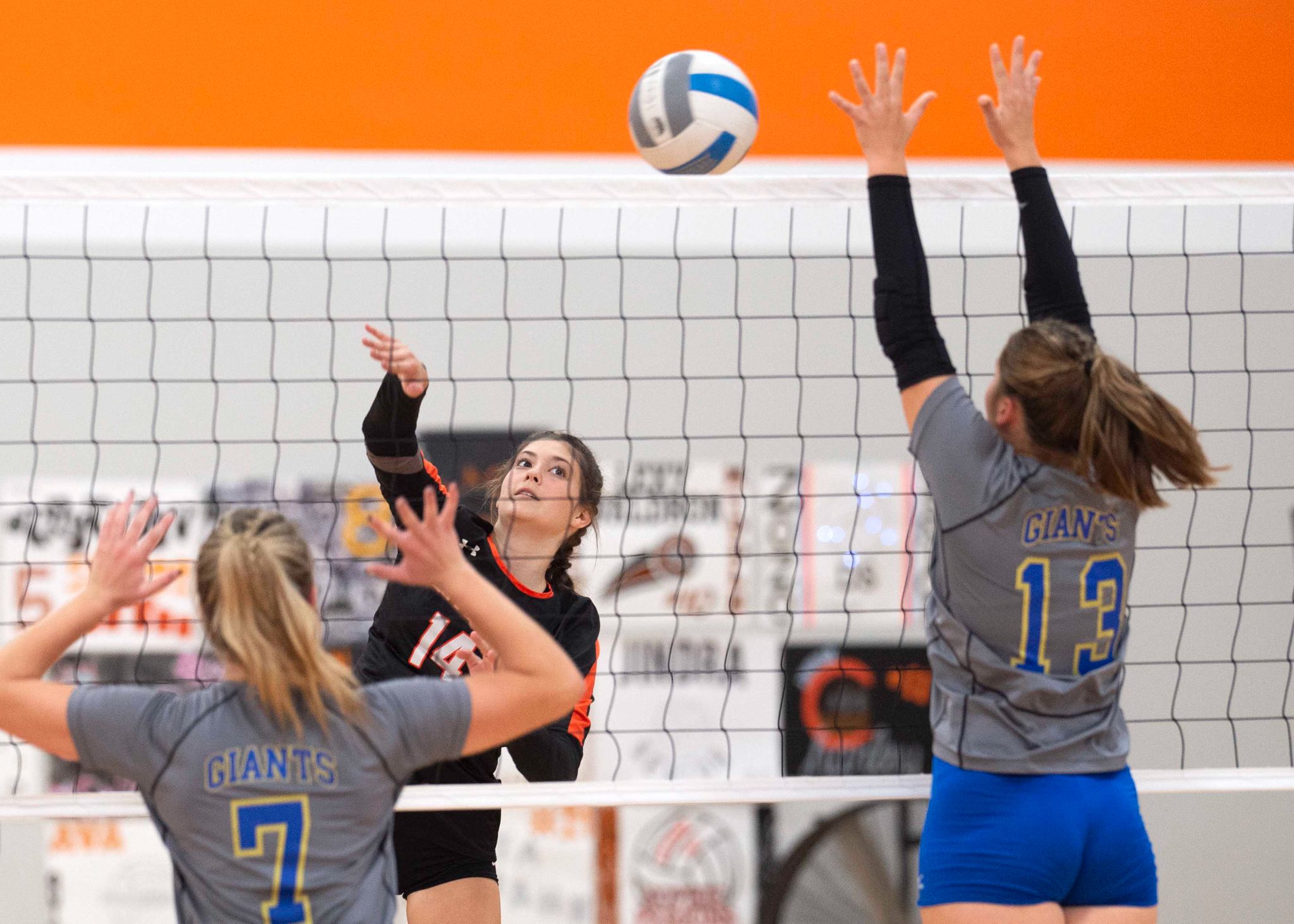