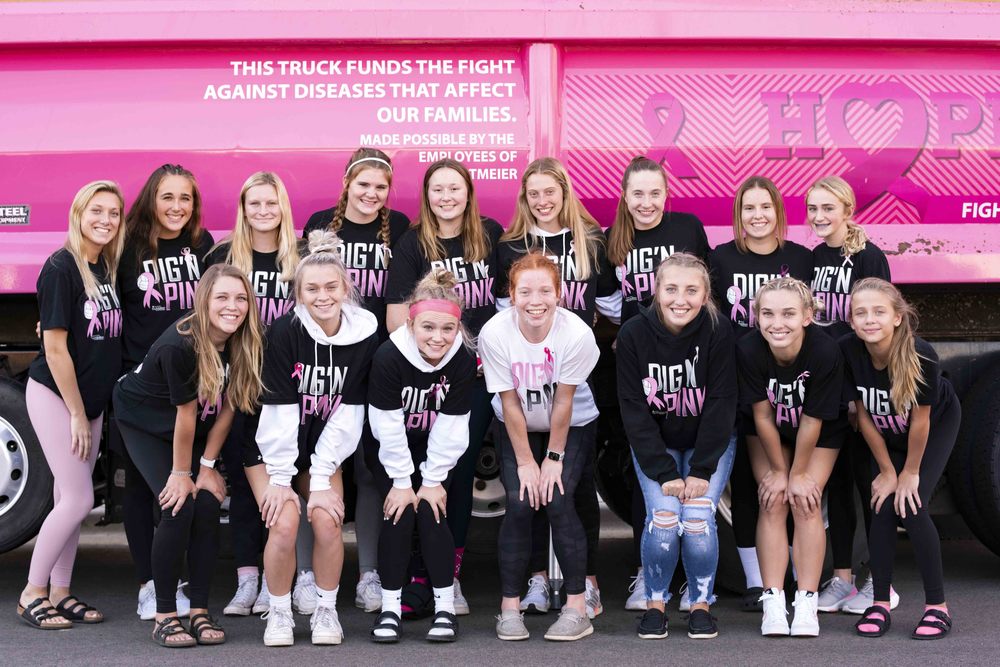 While the Cleveland varsity girls easily won 3-0 over visiting Mankato Loyola on Tuesday, the match for the Clipper girls was more about the charity that surrounded it.

Dig’N Pink is a fundraiser for the “fight” against breast cancer, and with a silent auction, shirt sales and donations, organizer Missy Clark-Strachan expected that, if it was like typical years, the event would generate about $15,000 for the cause.

The money raised by Dig’N Pink goes to the Mankato Clinic Foundation and it is distributed to patients via gift cards.

“Everyone has been affected by cancer in some way” said head coach Bree Meyer. “Dig’N Pink is a great way to help. The girls both from Loyola and Cleveland enjoy fundraising, and the fans do too.”

Just before the game, the team made a special donation to Bob Petrich, grandfather of player Laci Hollerich. Petrich is  being treated for a third onset of cancer.

“You have spent years on the sidelines encouraging us, supporting us, and cheering us on to victory,” Hollerich wrote in a letter to her grandpa, which Strachan read over the loudspeaker before the game. “Now it is our turn to do it for you.”

Strachan has ties to both Cleveland and Loyola, a student and one school and later the other. Volleyball was an apt vehicle for the fundraiser, she said, because it is played during October, breast cancer awareness month. She has arranged Dig’N Pink with Clipper volleyball for several years.

“One of my friends was diagnosed with breast cancer, so we as a team decided to raise money and raise awareness,” she said.

The win sets up a conference showdown against Alden-Conger on Thursday. Last year, the Knights technically won the conference based on point differential, although the Clippers beat them in their second meeting. 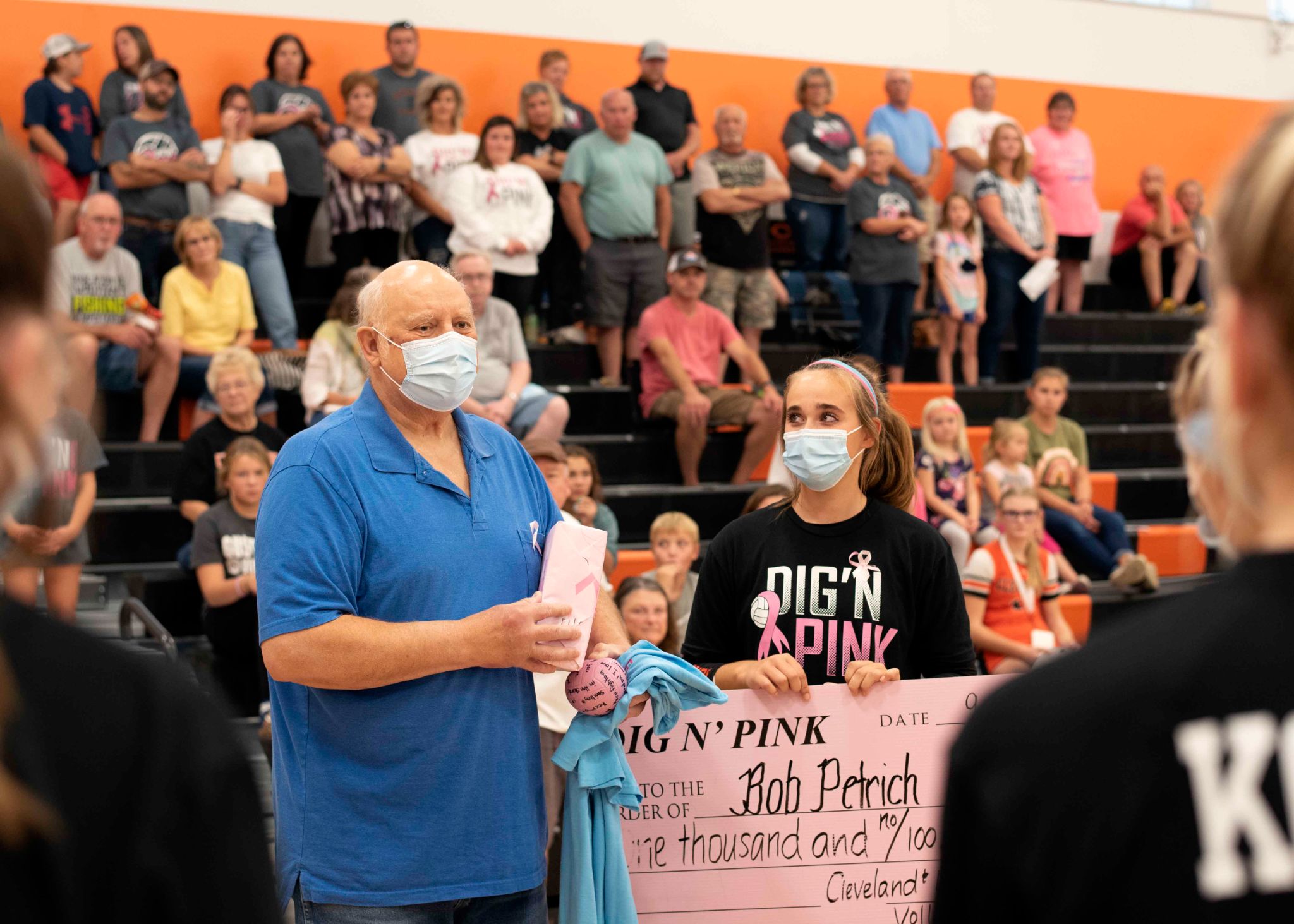 Lexi Hollerich presented her grandfather, Bob Petrich, with a check before the game. Petrich is being treated for cancer. 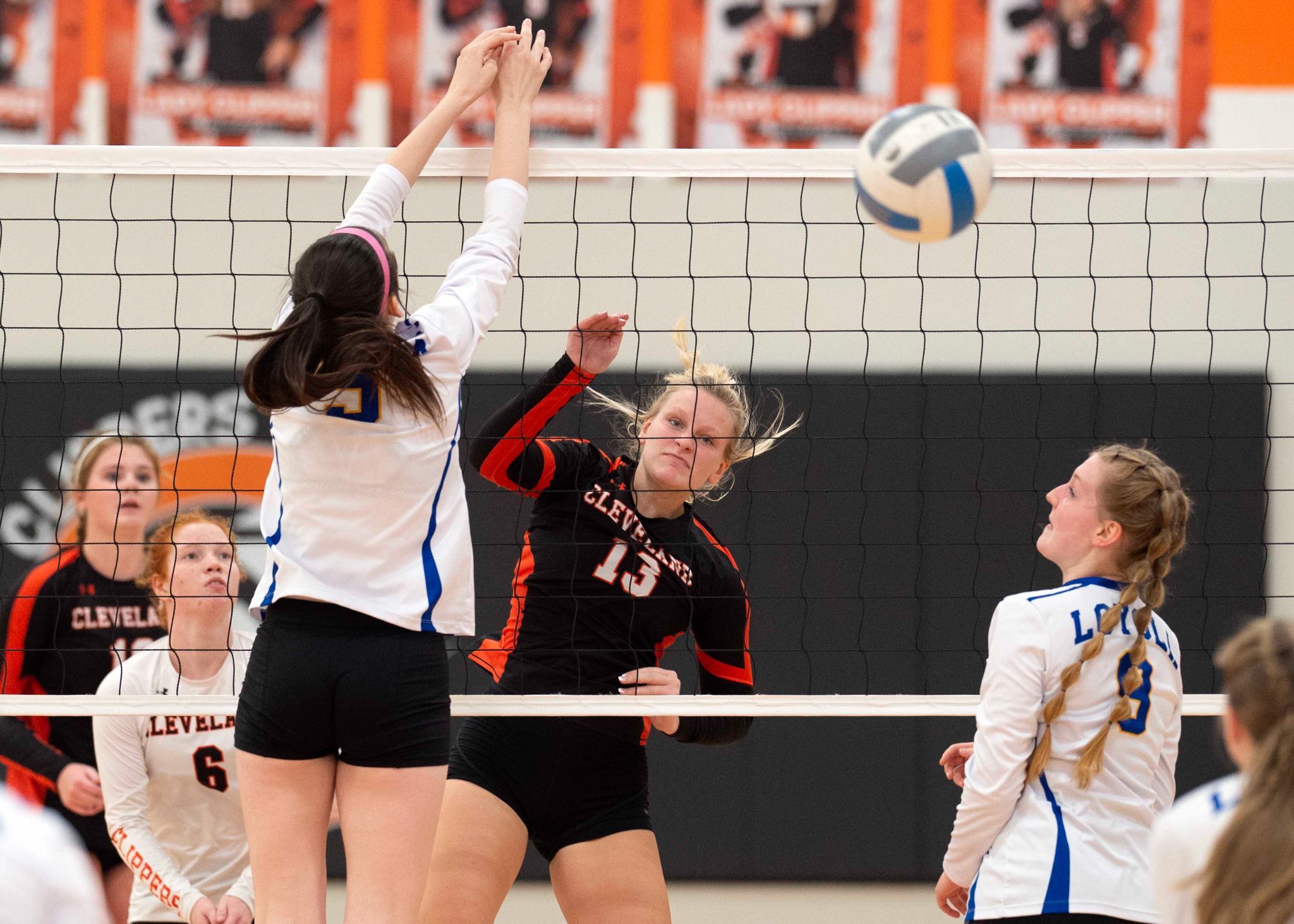 Grayce Kortuem on the slam. 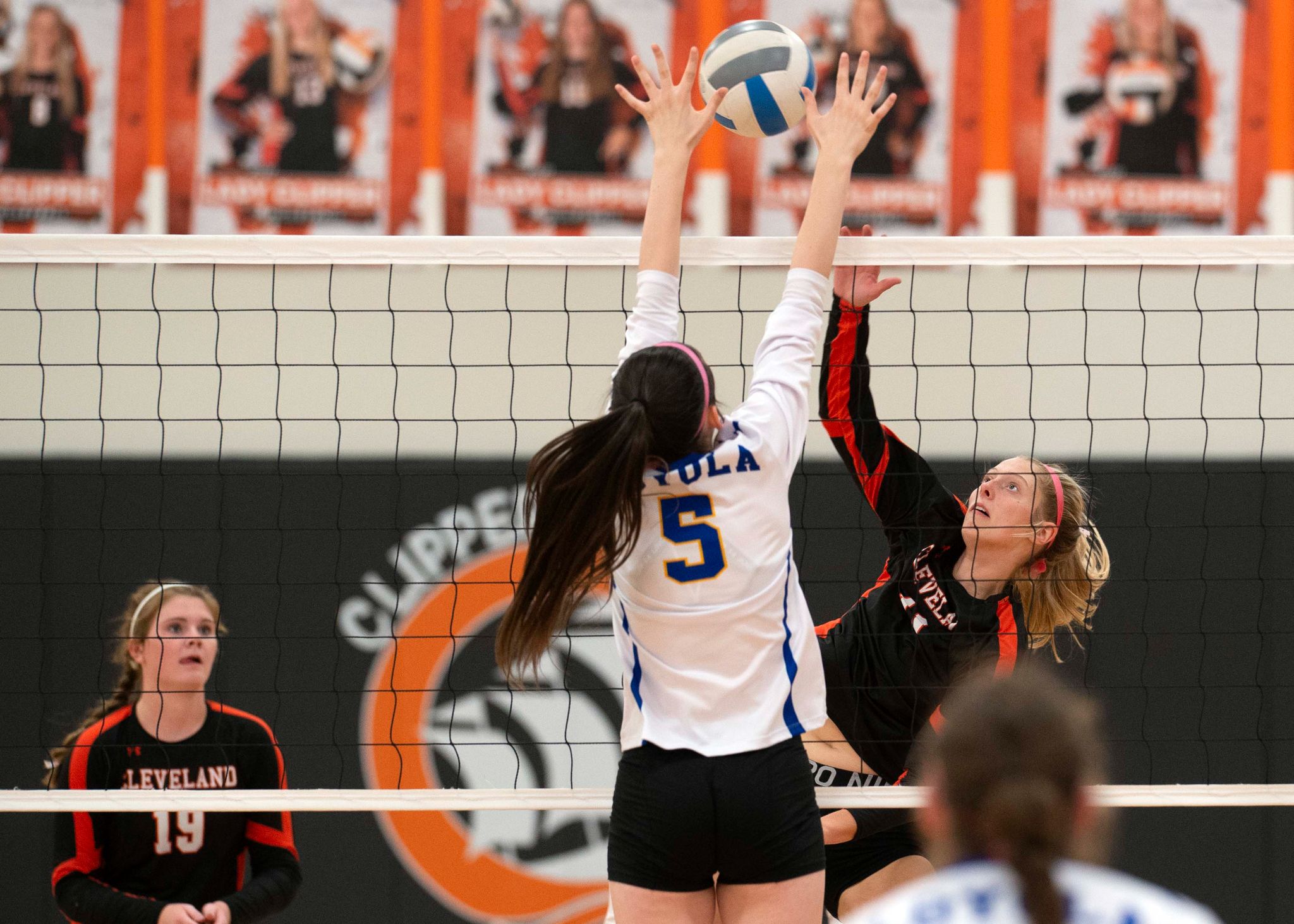 Harley Connor attacks at the net. 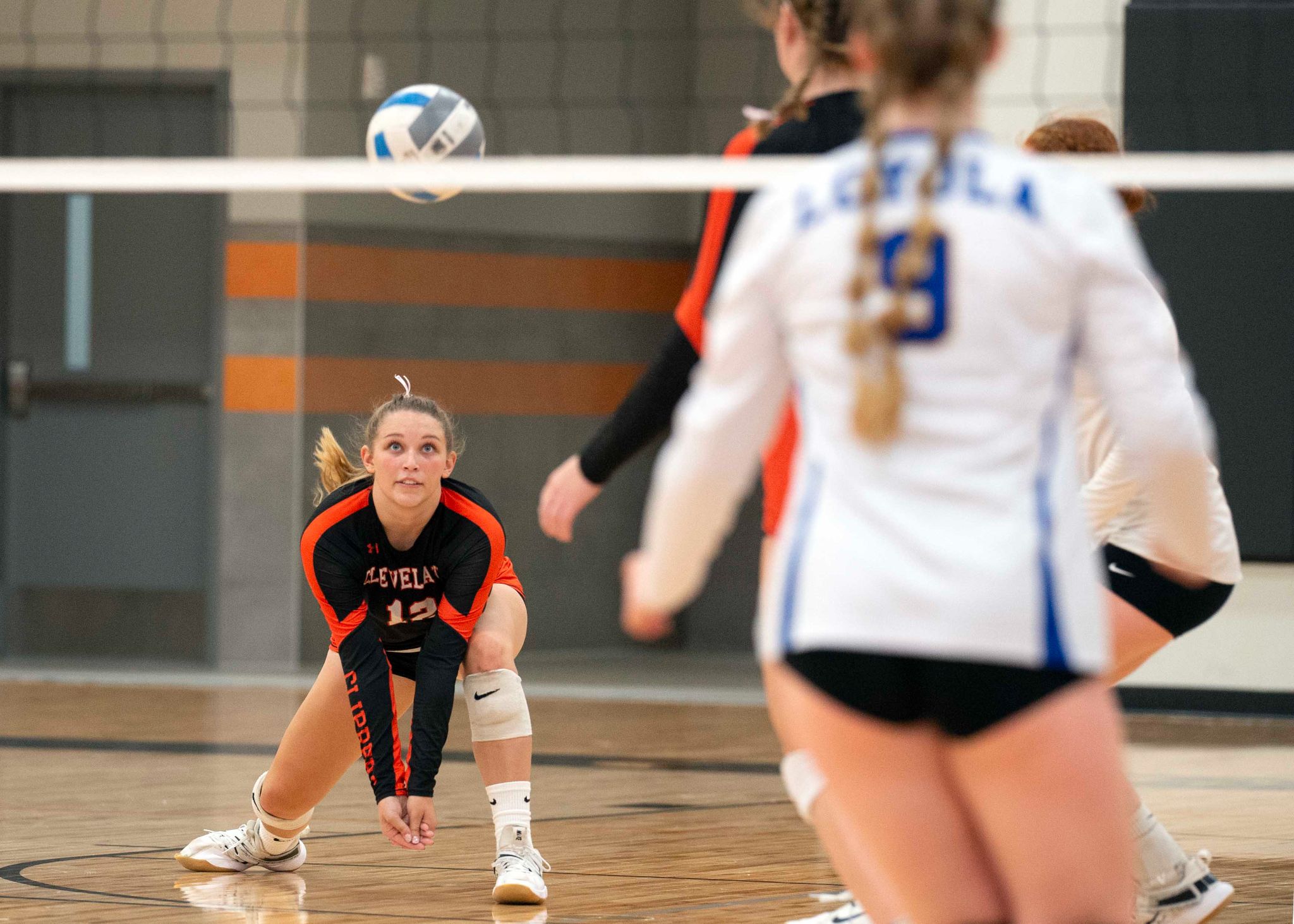 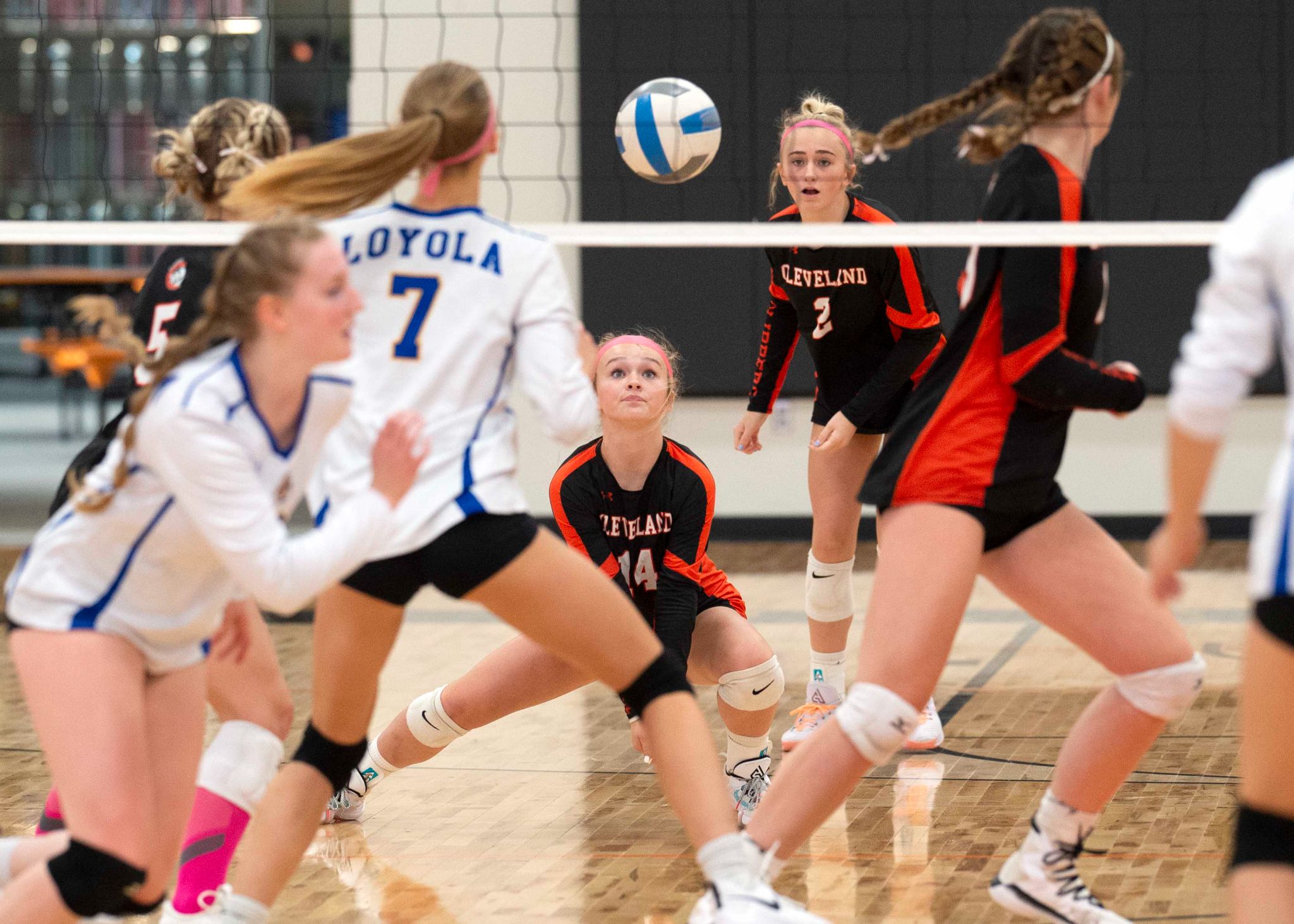 Greta Hahn crouches for a dig. Watching from behind is sister Ava. 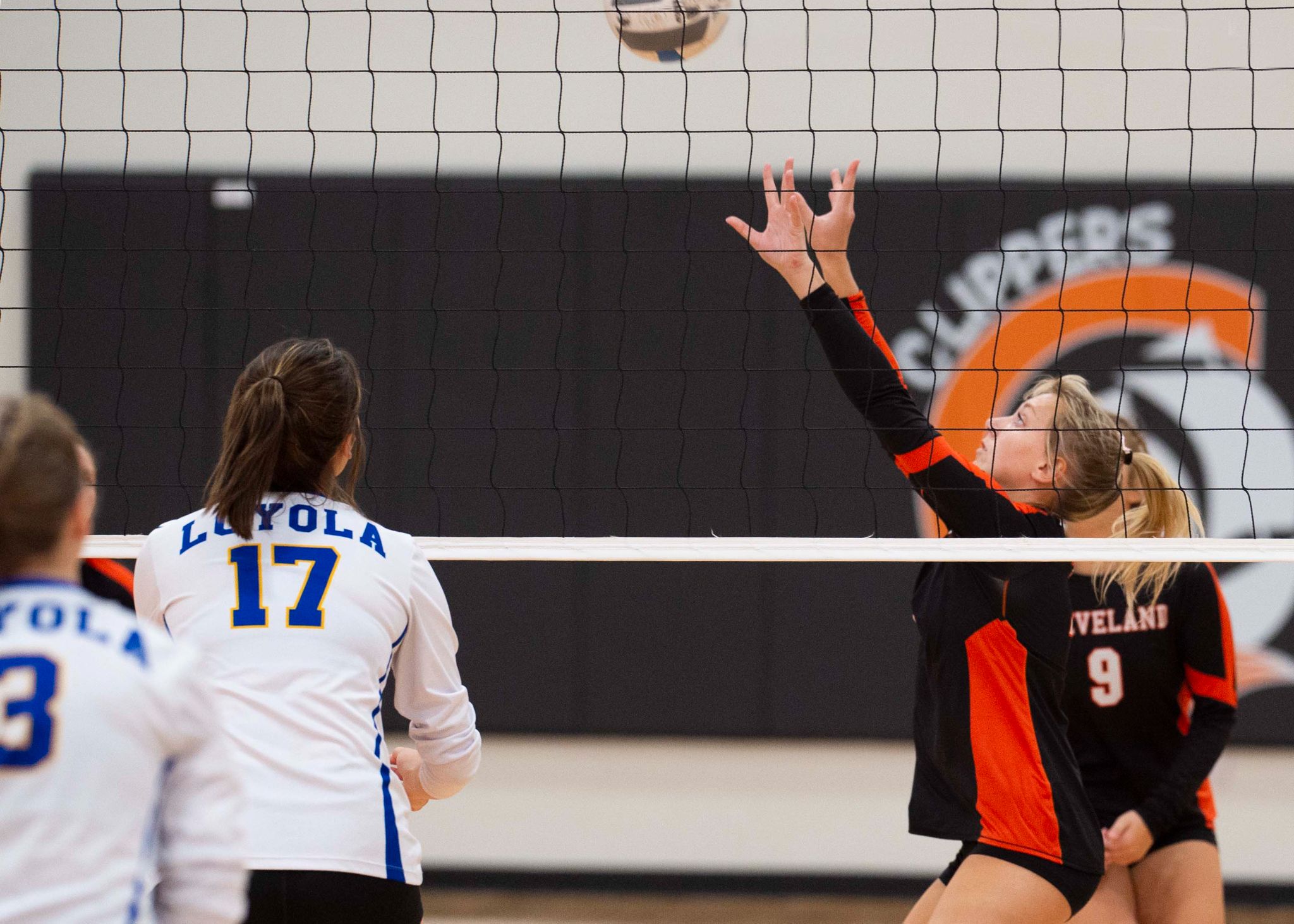 Maddy Steen sets near the net. 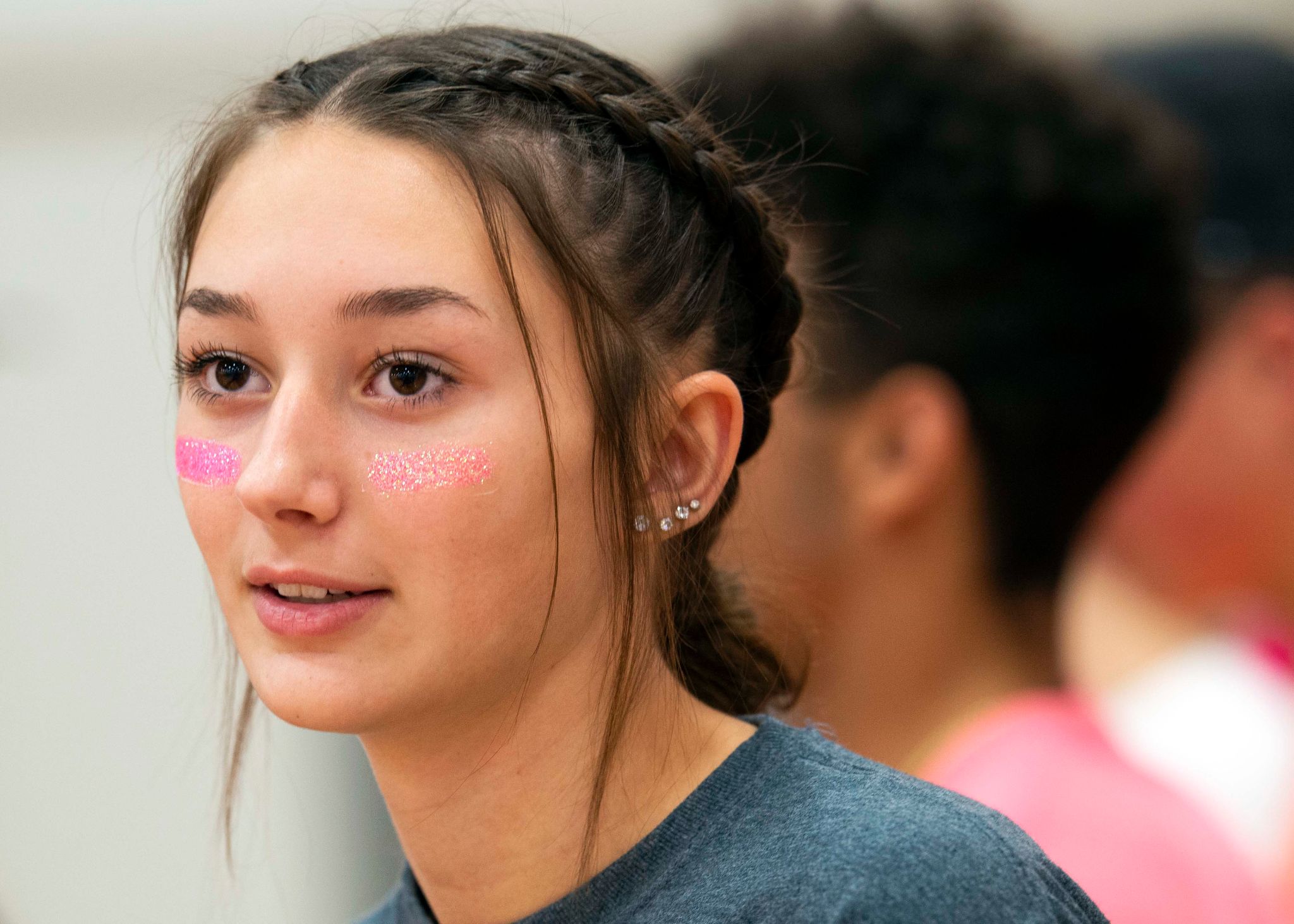 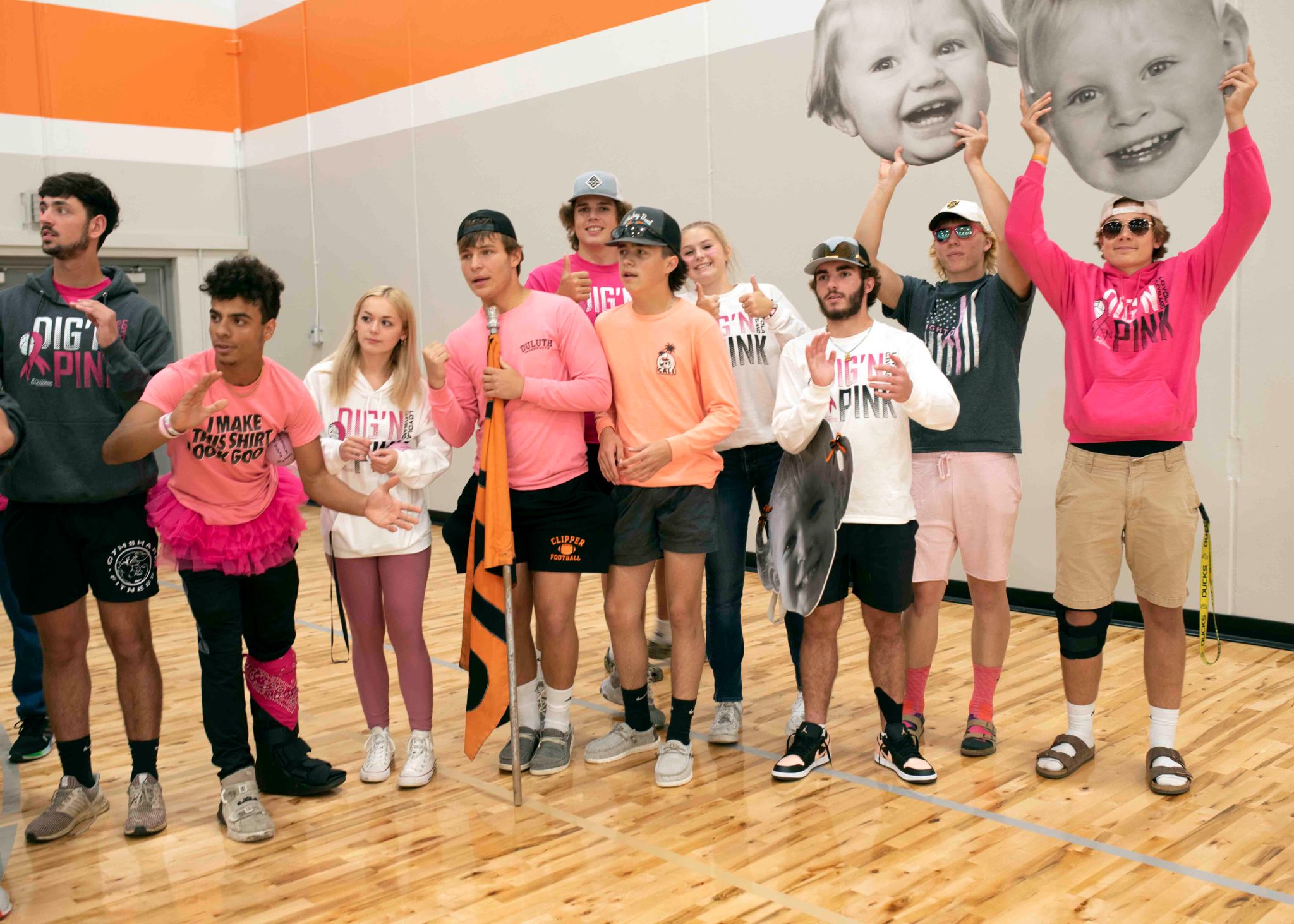 The theme for the student section was a given.