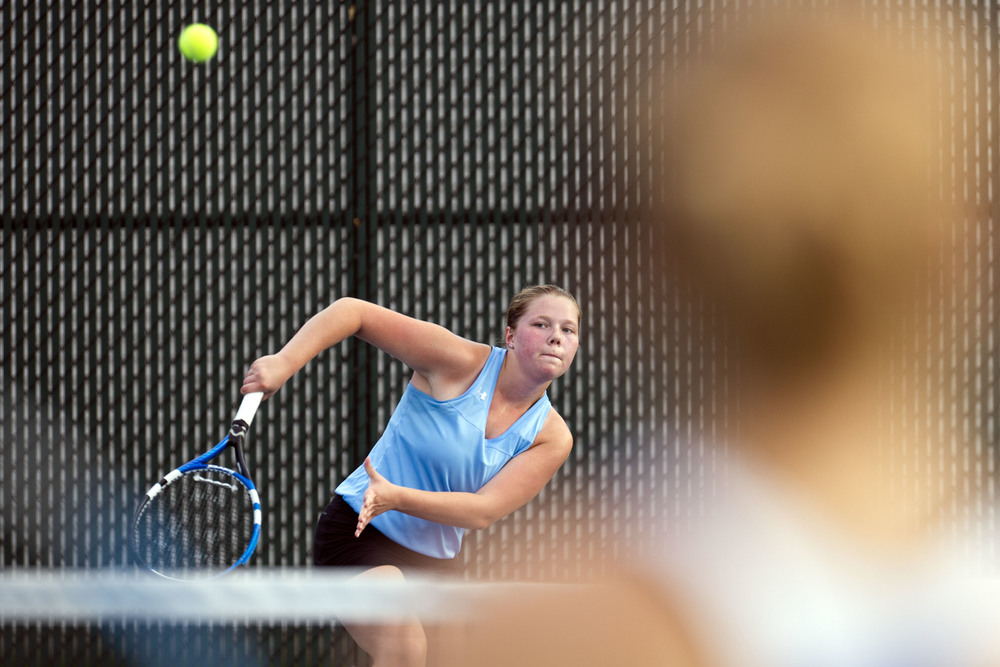 Above: Senior Morgan Mueller follows through on a forehand shot at two singles in Waseca on Thursday.

With a make-up meet at Le Sueur today (Monday), the Tri-City United/Cleveland tennis team will be closing out its regular season.

Treanor has played doubles all season, mostly in the top slot where she and her partner Makenzie Holmbo have compiled a 3-12 record. Mueller has played three singles most of the season but recently has filled in at two singles. Her record is so far is 4-12.

“Emma and Morgan have both been great senior leaders this year,” said coach Dianne Tiede, who took over the program after coach Phil Murry retired last fall after 32 years. “Emma is also a captain and is always encouraging others on and off the court. Morgan has been a great leader also and is always willing to offer suggestions for ways to improve, both individually and as a team."

Ranked 15th in the section, the Titans take on second-ranked host Lakeville South on Tuesday. Individual sections will be on Thursday, October 14, also in Lakeville. 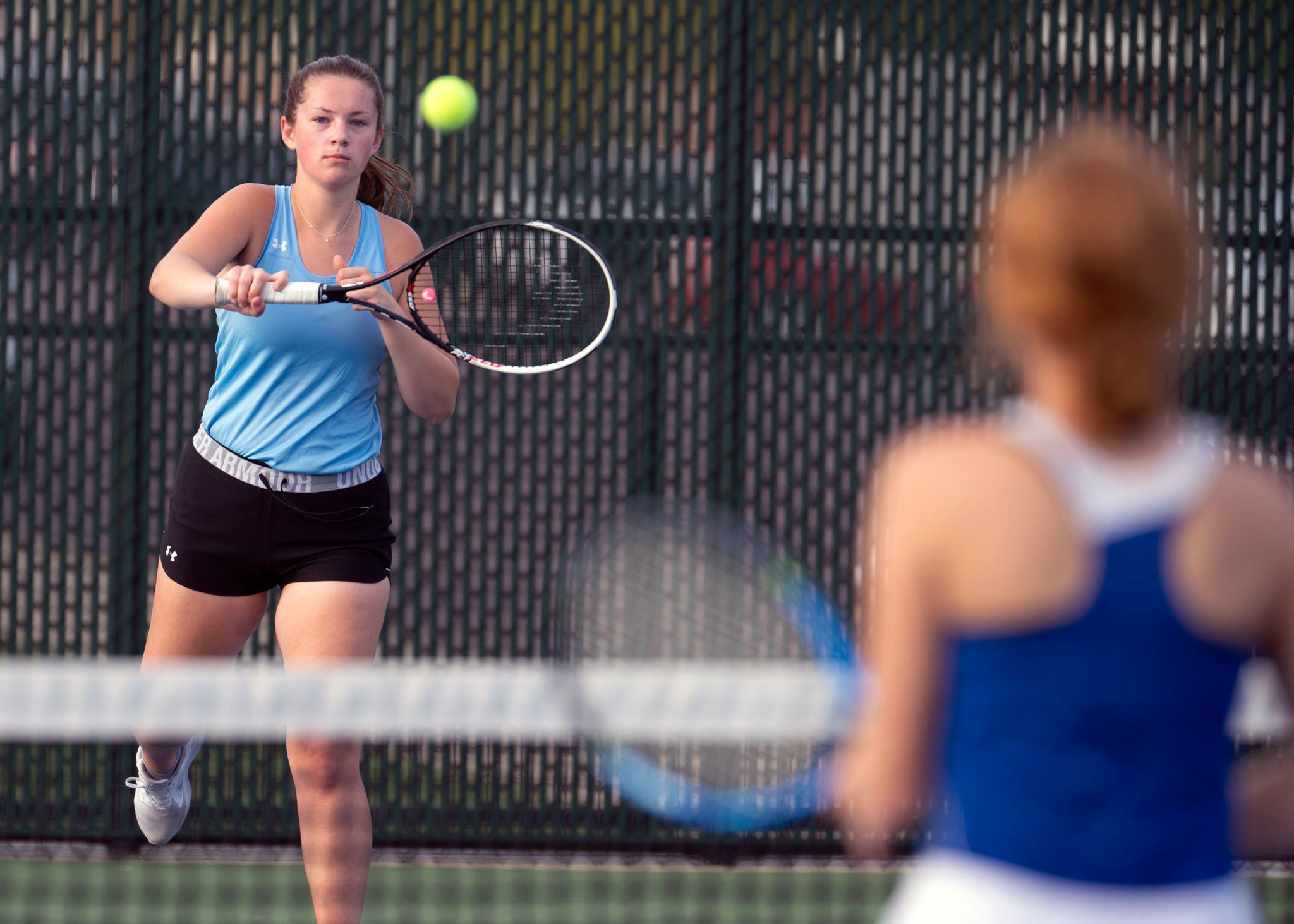 A member of the second tandem, Emma Treanor punches a backhand shot in Waseca on Thursday.