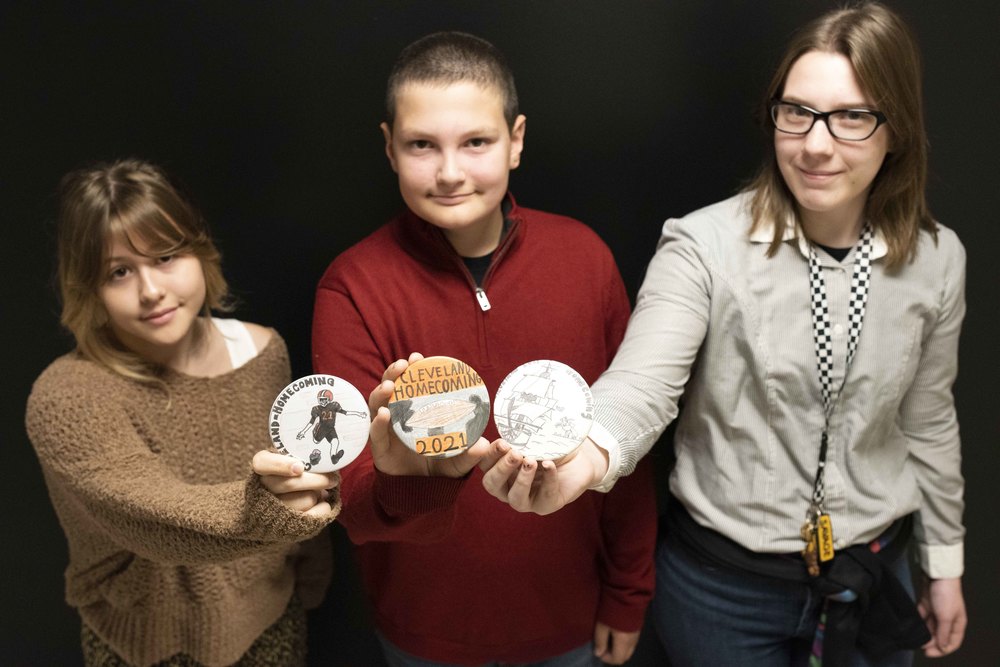 A merger of art and manufacturing engineering, this year’s homecoming buttons were designed by students and produced by the Technology and Engineering Club in a classroom industry.

Joel Boehlke, coach of the Technology and Engineering Club, said the button project aligns with "STEAM" education, a teaching approach that integrates science, technology, engineering, the arts and math.

While the Technology and Engineering Club purchased button making equipment two years ago and made the homecoming 2020 buttons using artwork from an outside company, this fall, Boehlke and company decided to manufacture buttons that used original drawings done by students.

“I thought it would be cool to see what the students could come up with for designs, so I talked with the Club, and we decided to have a contest, and it grew from there.”

The group received 42 designs from all grade levels. A couple of teachers and administrators did the judging.

“As I started to see the designs, I wanted to recognize more, so I talked it over with other teachers, and we decided to offer a grade school button design and a high school button so that we could show designs from several grades,” Boehlke said.

For the high school, Sabrina Machado’s artwork of a football kicker adorns the homecoming button. For the elementary it will be the design of sixth-grader Jocelyn Kortuem: a clipper ship out to sea.

The second-place button among the elementary was designed by sixth-grader Ava Kluntz. It included a Clipper logo surrounded by confetti.

“The judges enjoyed the feeling of celebration her design conveyed,” Boehlke said.

Kluntz’s classmate Valentina Rohlfing drew up the third-place button. It featured a football, a volleyball, a tennis ball and a goalpost.

“The judges like the inclusion of all the sports in her design,” Boehlke said.

Among the high school designs, second place went to junior Elsa Ely. It showcased a clipper ship sailing away from an abandoned knight on a horse (signifying Cleveland vs. Alden-Conger/Glenville-Emmons in the homecoming football game).

"The judges enjoyed the detail of her drawing,” Boehlke said.

Colton Tousley, a seventh-grader, earned third place for his button design, which highlights a football.

“The judges liked the use of color and the three-dimensional effect it has,” Boehlke said.

The Technology and Engineering Club is hoping the button contest will become another Cleveland homecoming tradition.

“This will give students something to look forward to and think of designs they can do next time," Boehlke said. "There were many designs that show we have many creative students, and it gives them a chance to showcase their work.” 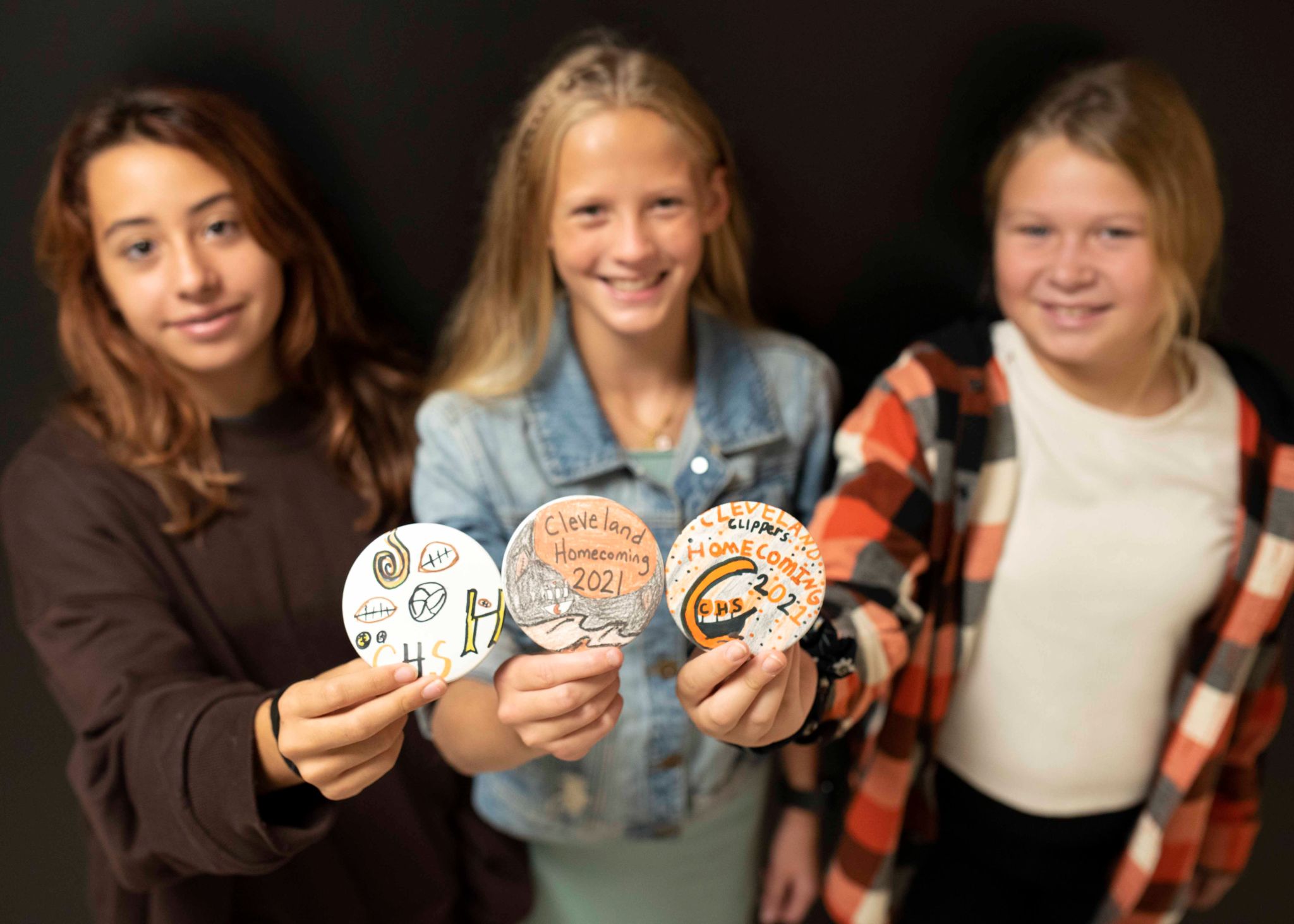 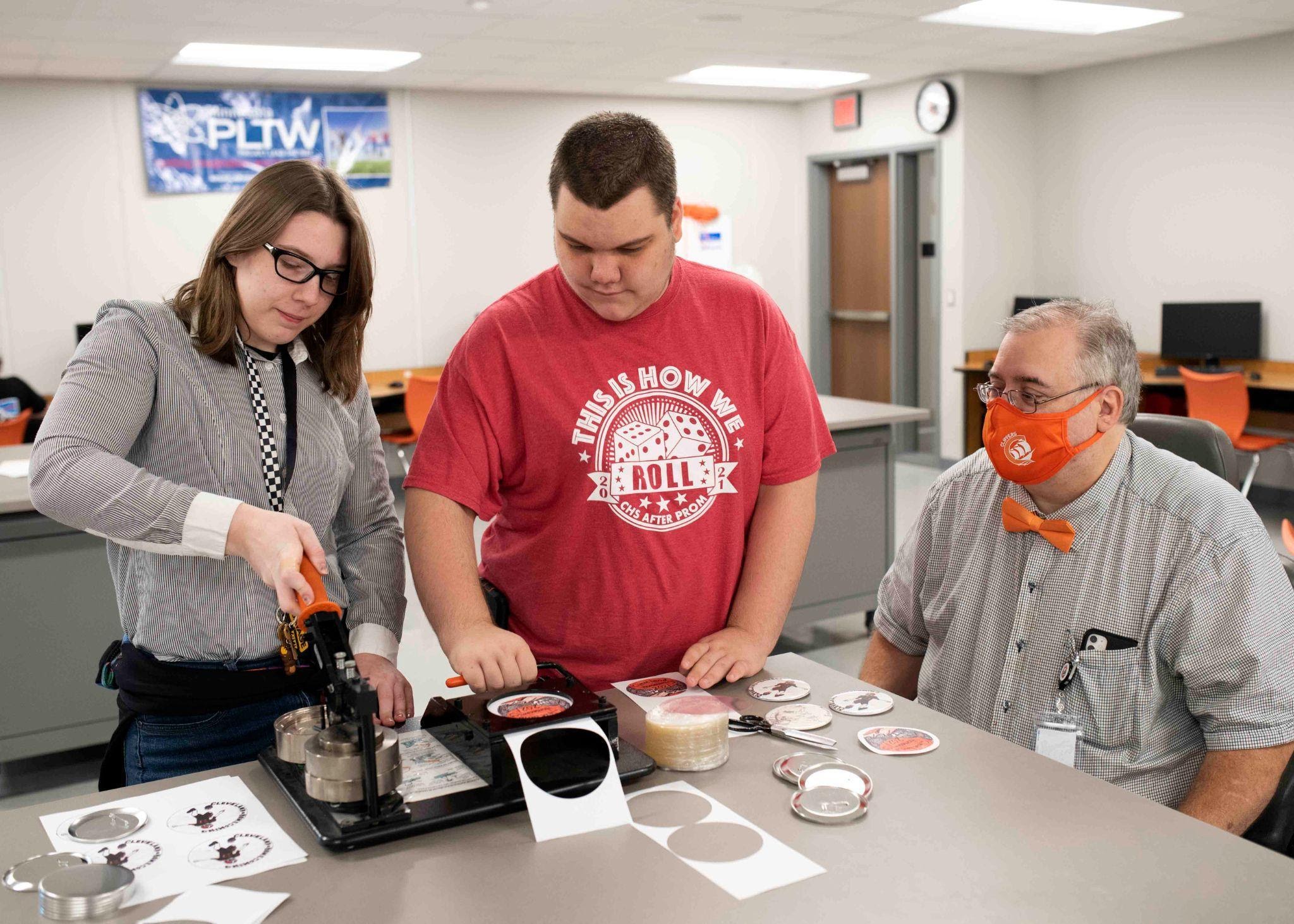