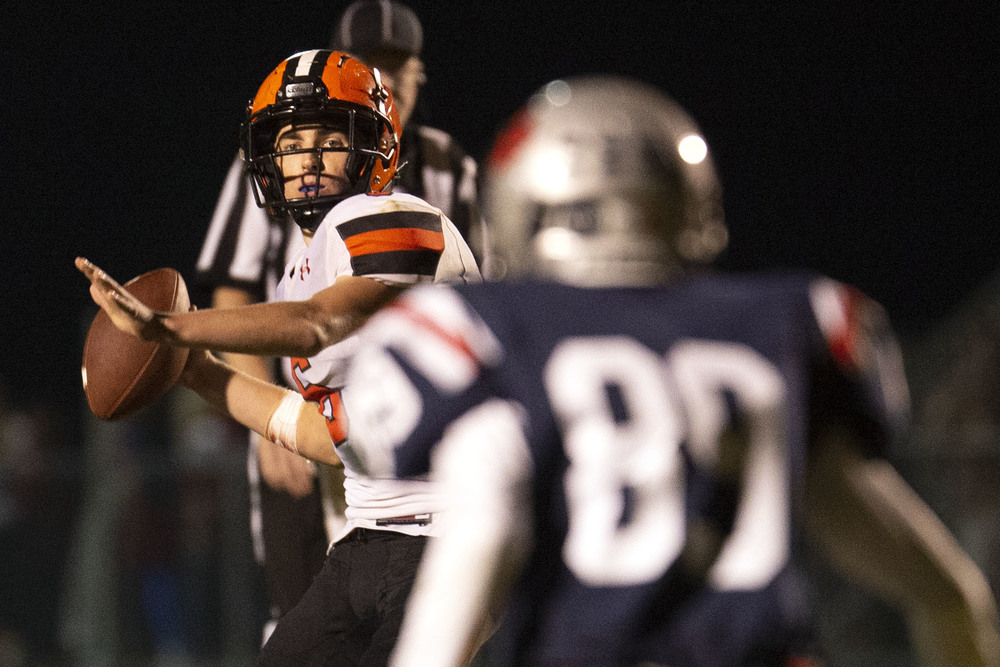 Above: In his first stint as QB, Carter Dylla, in for the injured Blake Lyons, winds up for throw.

With a revolving door of injuries, and last week more out than in, it would be understandable if the Clippers let their face masks sink a little.

But even during a 42-14 loss in Wells on Friday, and Carter Dylla in at quarterback for the injured Blake Lyons, and then one of their strongest players, Fisher Knish, hauled off the field in an ambulance, the Clippers never lost intensity, even as their circumstances got more and more adverse.

“Fisher is our vocal leader, and he definitely is the toughness of the team, but we still have some great seniors who are good leaders, and the way they are leaders is by playing hard,” said head coach Erik Hermanson. “You’ll see Jake Anderley and Lucas Walechka and Cade Kriha and Kolby Gens. They kept blocking the whole game as hard as they could, no matter who was in there. They’re blocking for their third quarterback now, and multiple centers have played, but those guys never stop; they keep doing their job, and we respect them for that.”

The Rebels held the Clippers to a net four yards in the opening series and then took the ball 70 yards after the punt for a touchdown.

Taking advantage of short fields and picking off Dylla, the Rebels scored twice more before Knish got hurt  at the end of a 7-yard carry in the second quarter.

With the Clippers down 22-0, sophomore Gabe Sullivan pounced on a USC fumble, and the Clippers took over at the USC 34. A couple plays later Tanyon Hoheisel, in for Knish, dashed up the middle for 24 yards.

After a couple of runs by Tommy Kennedy, back after sitting out last week with an ankle sprain, Dylla connected with freshman Kale Kelly in the end zone for a three-yard touchdown.

Henry Strobel’s PAT boot was off the mark, but the Clippers had prevented the goose egg.

Another interception set up a USC touchdown with a minute left in the half, and the Clippers trailed 28-6 at the break.

The Rebels scored once more in the third quarter and again in the fourth. Late in the fourth quarter, the Clippers took over on downs at the USC 38. From there, Braeden Hastings burst for 23  yards before Dylla connected with Kelley again for a 5-yard touchdown toss with 7.7 seconds remaining. Dylla rolled left for the PAT.

Only a QB in practices before the trip to Wells, Dylla managed to complete five of 15 pass attempts for 34 yards. He was picked off three times.

“Carter is another great senior just playing his heart out, and he has had to do so many things," Hermanson said. “He’s trying to cover everyone on defense and make every play on offense. That’s a tough assignment for anybody, and we’re really proud of him.”

Colin Krenik, also back after sitting out a week due to an injury, had two catches for eight yards. Kelley had three catches for 26 yards.

“We had freshmen play the entire game,” Hermanson said. “Nick Simonette and Kale Kelley are incredible. Look at what the future could be because we have two ninth graders playing the whole game against seniors. A freshman with a couple of touchdowns…it was a great game for him.”

Senior lineman Wyatt Devens was out with an injury as was senior wide receivers and defensive back Kaleb Timlin. Jackson Meyer, the original QB, is out for the season.

Whether or not Lyons is back on uniform when the Clippers travel to Janesville on Friday is questionable. The Bulldogs are searching for their first win in 2021.

“We would love to get healthy and just give them everything we’ve got,” Hermanson said. 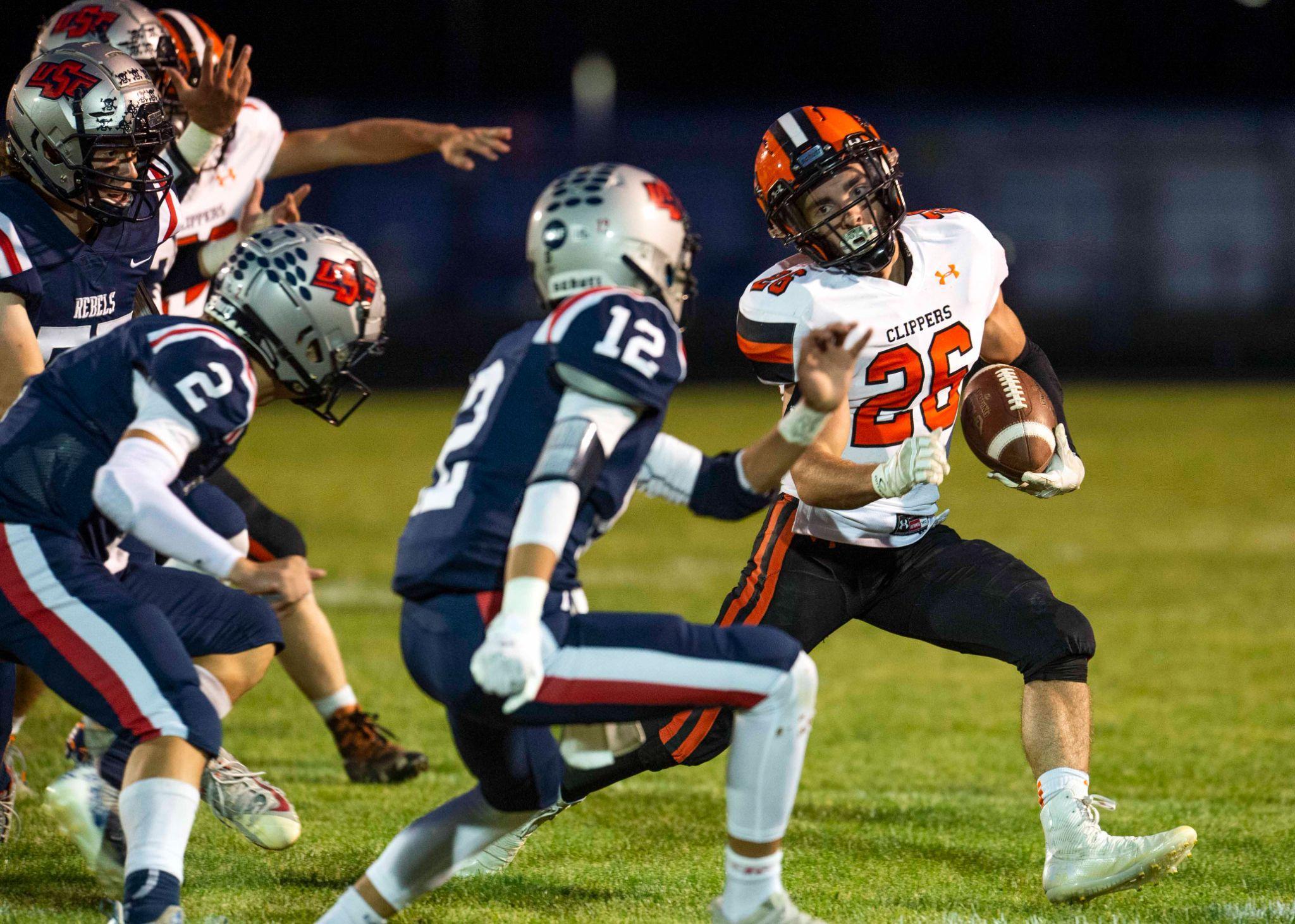 Not yet 100 percent from an injury that kept him out of last week’s game, Tommy Kennedy makes his way around a defender. 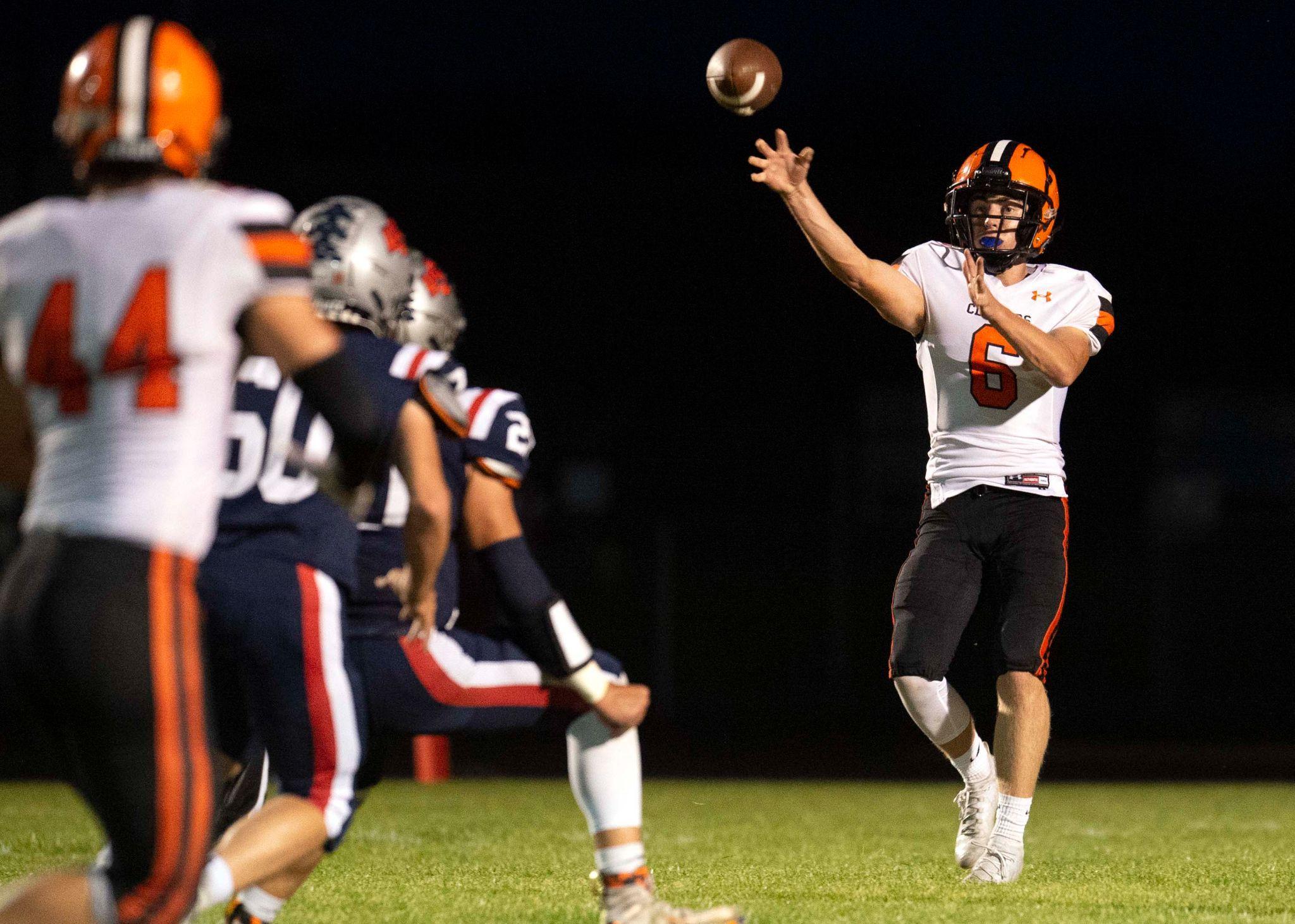 Carter Dylla on the toss to Fischer Knish. 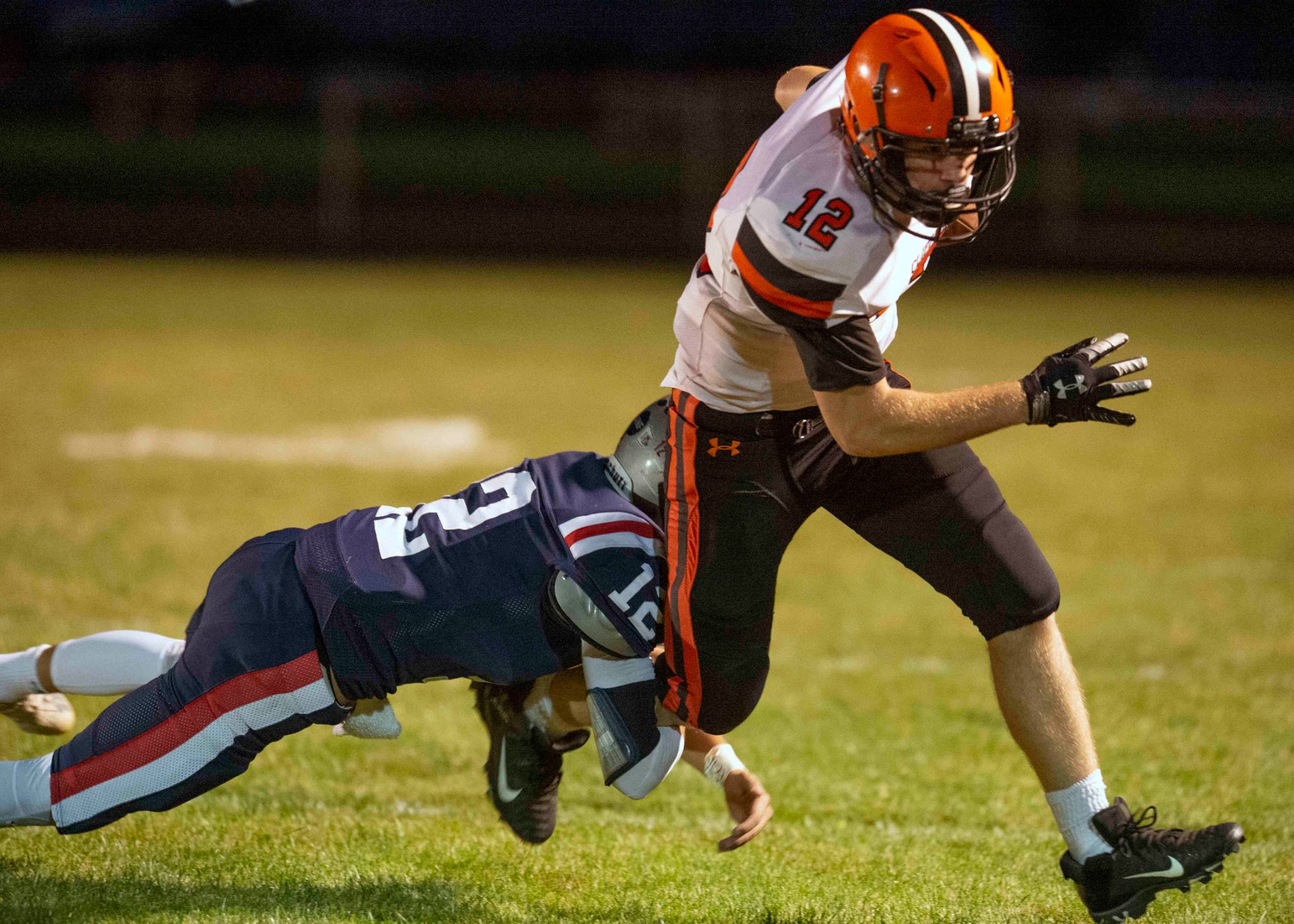 Colin Krenik tries to untangle from a USC defender. He also was not 100 percent after sitting out last week's game. 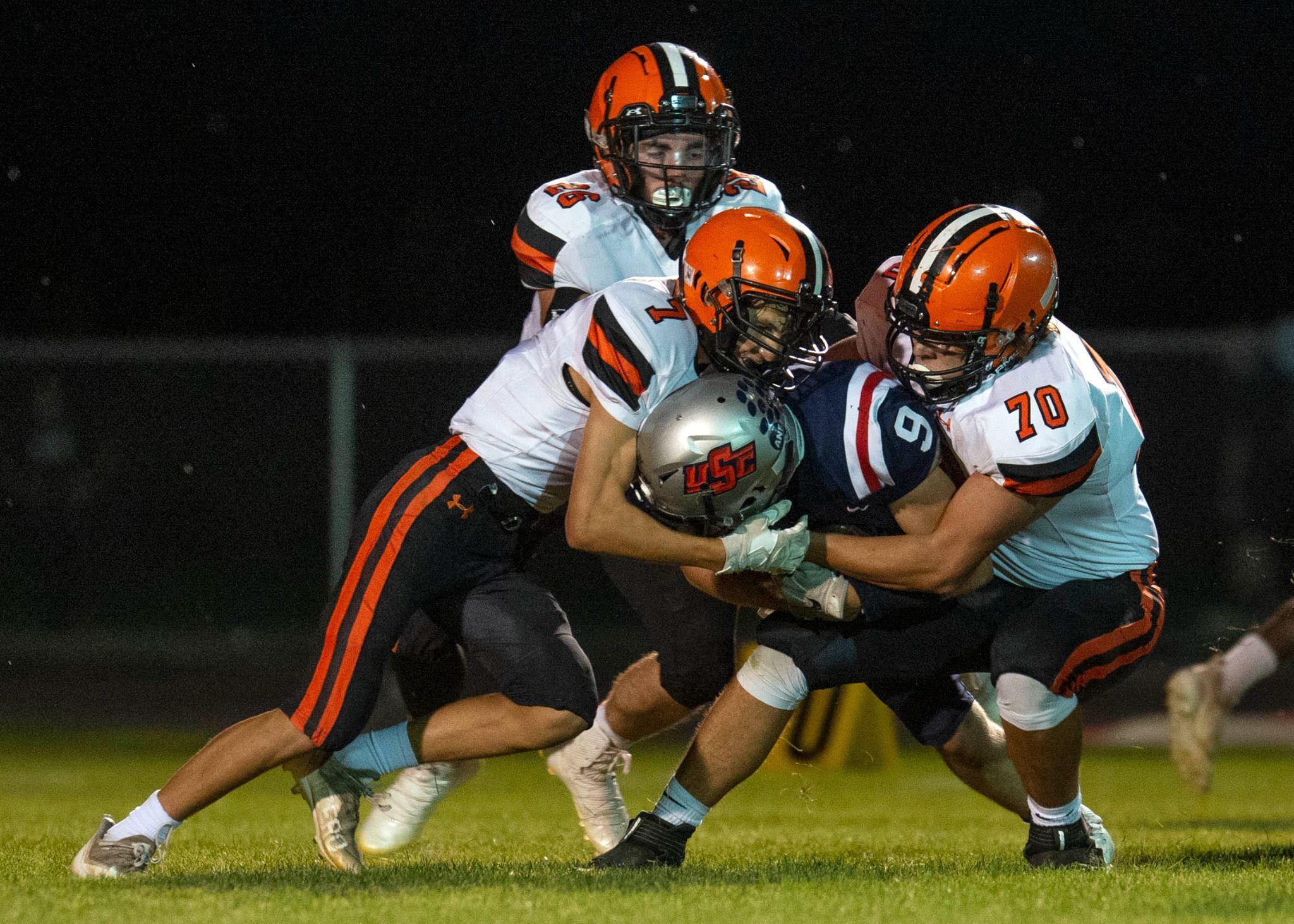 Freshman Kale Kelley and senior Lucas Walechka team up for a tackle. 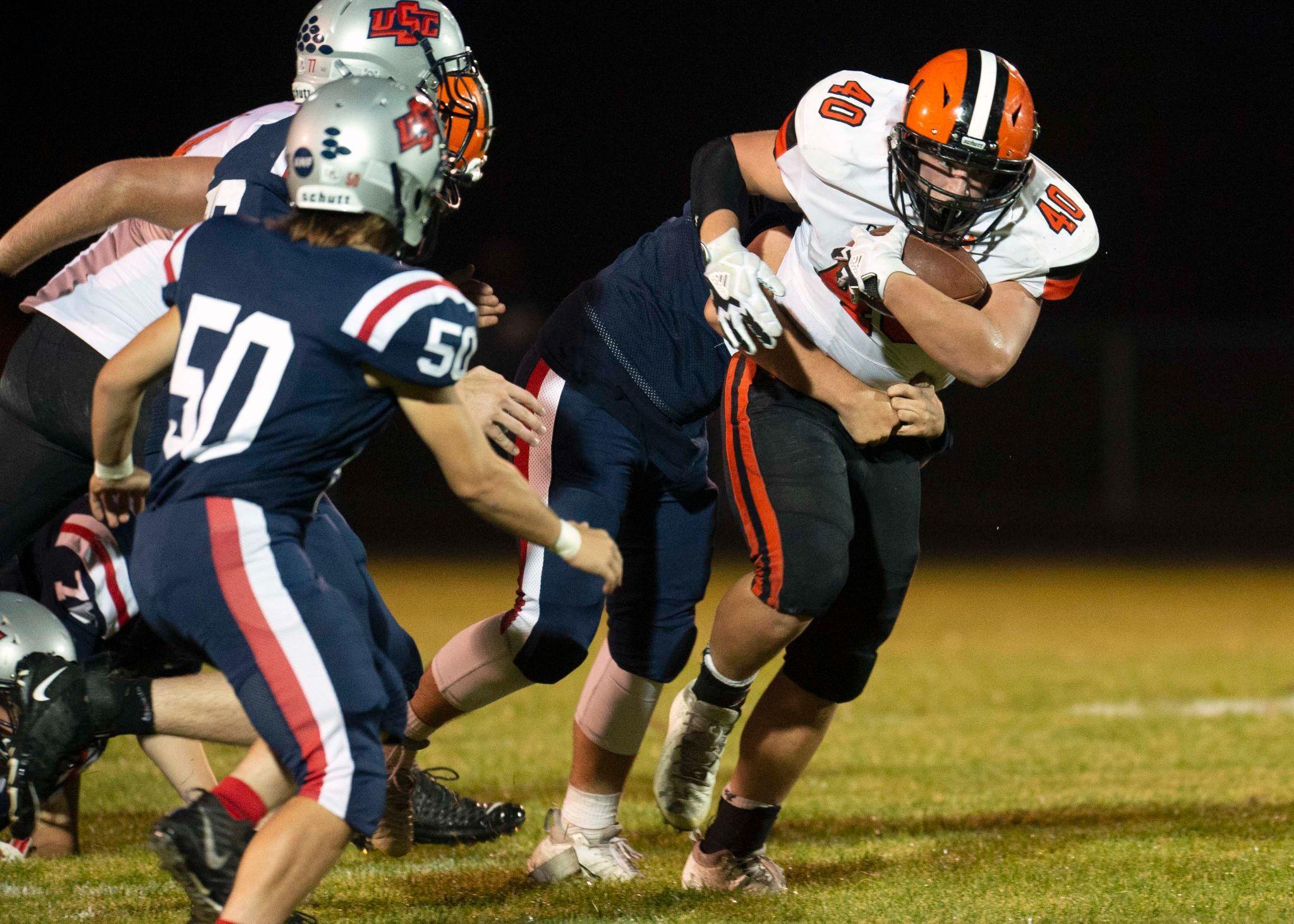 New New to the running back position, Tanyon Hoheisel had some nice bursts. 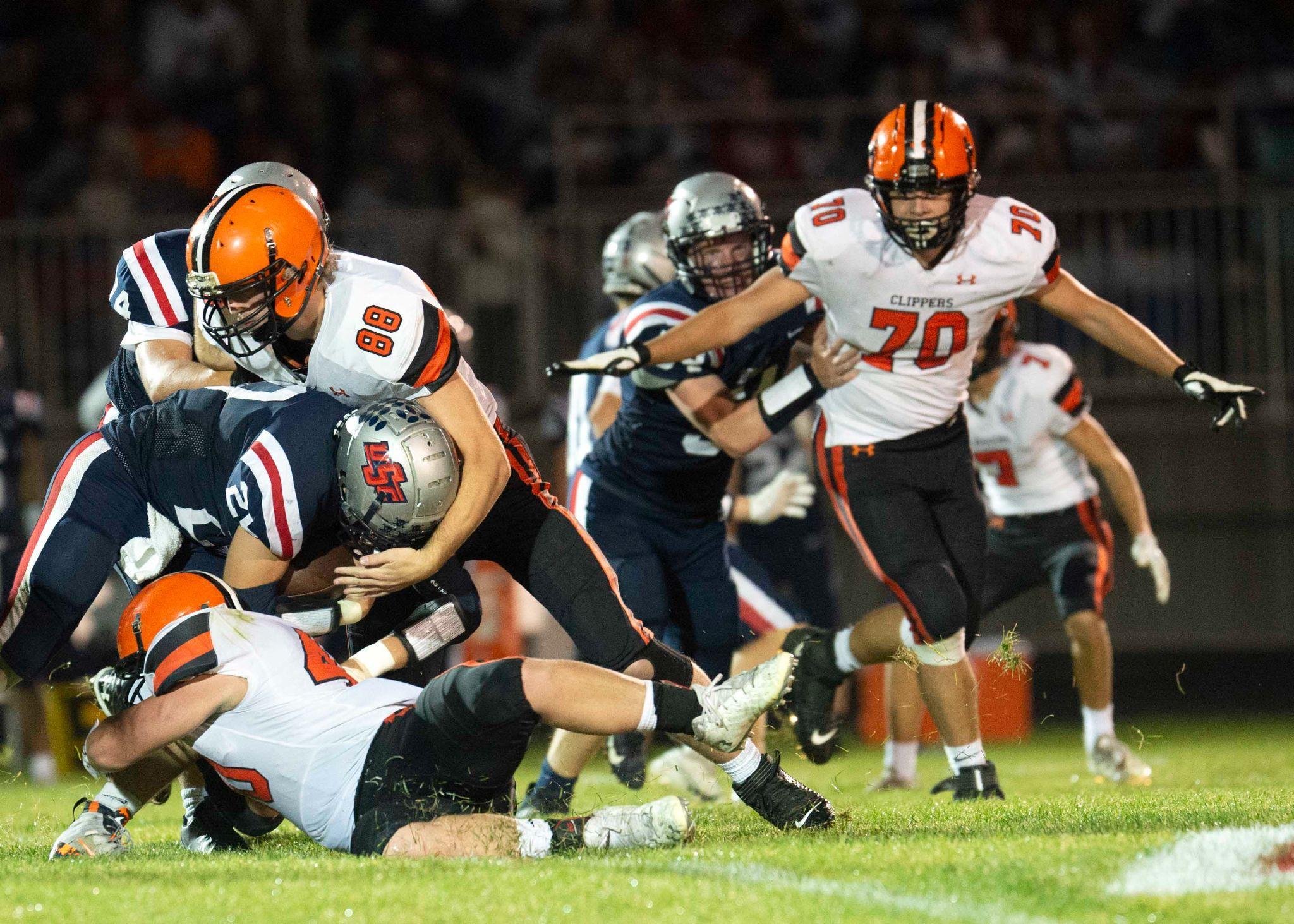 Carter Barto on the stop. 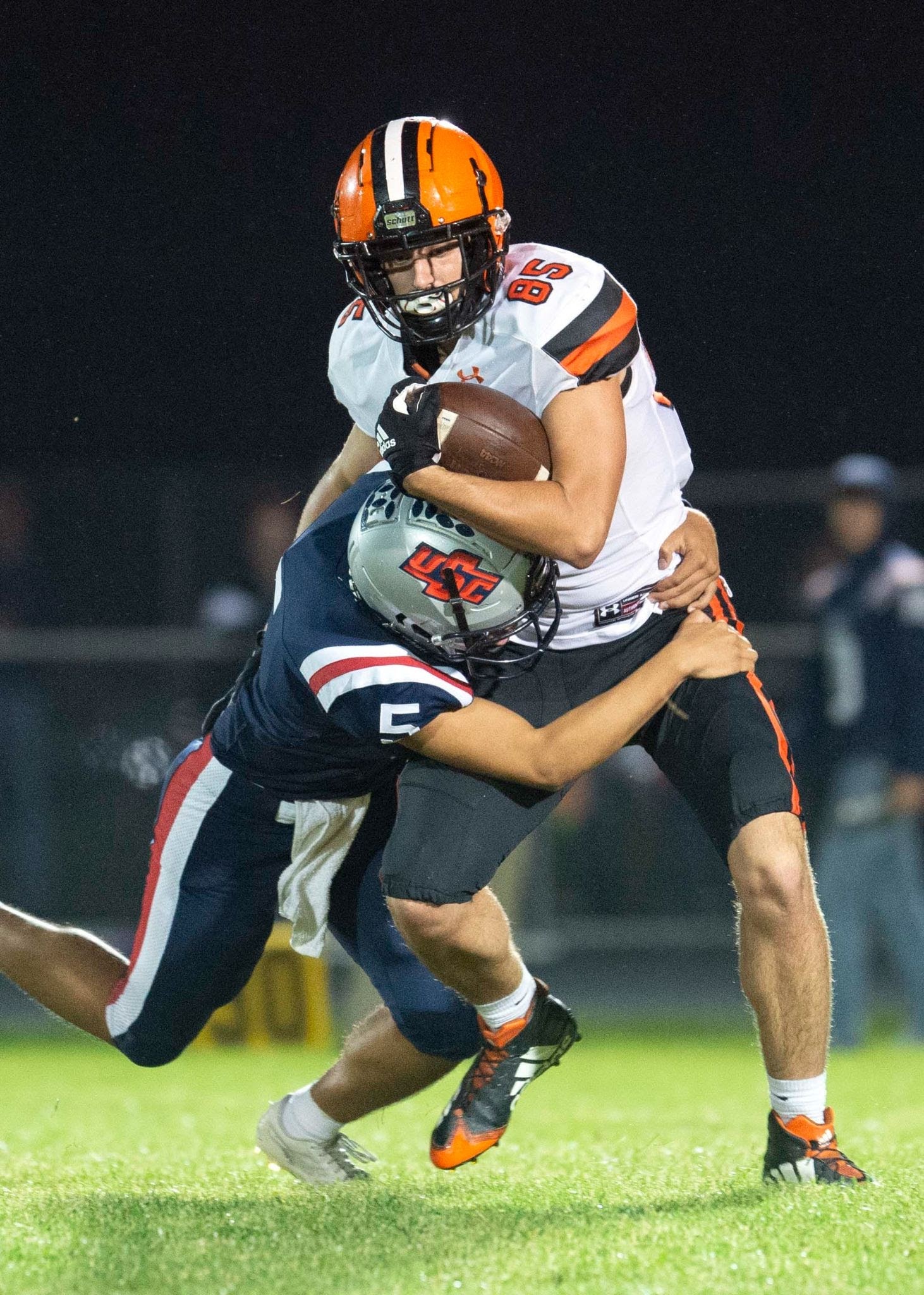 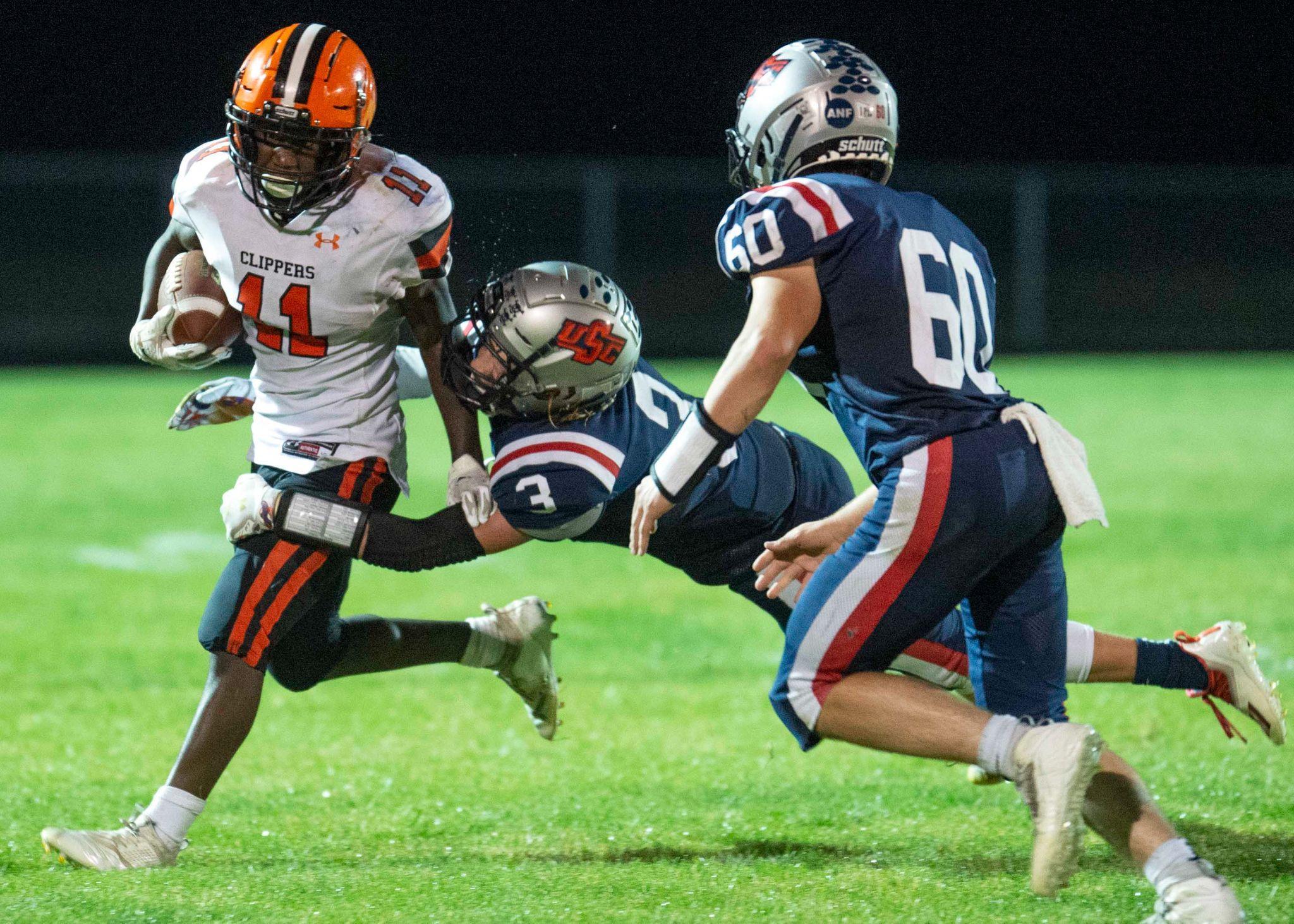 Henry Strobel fights off a defender. 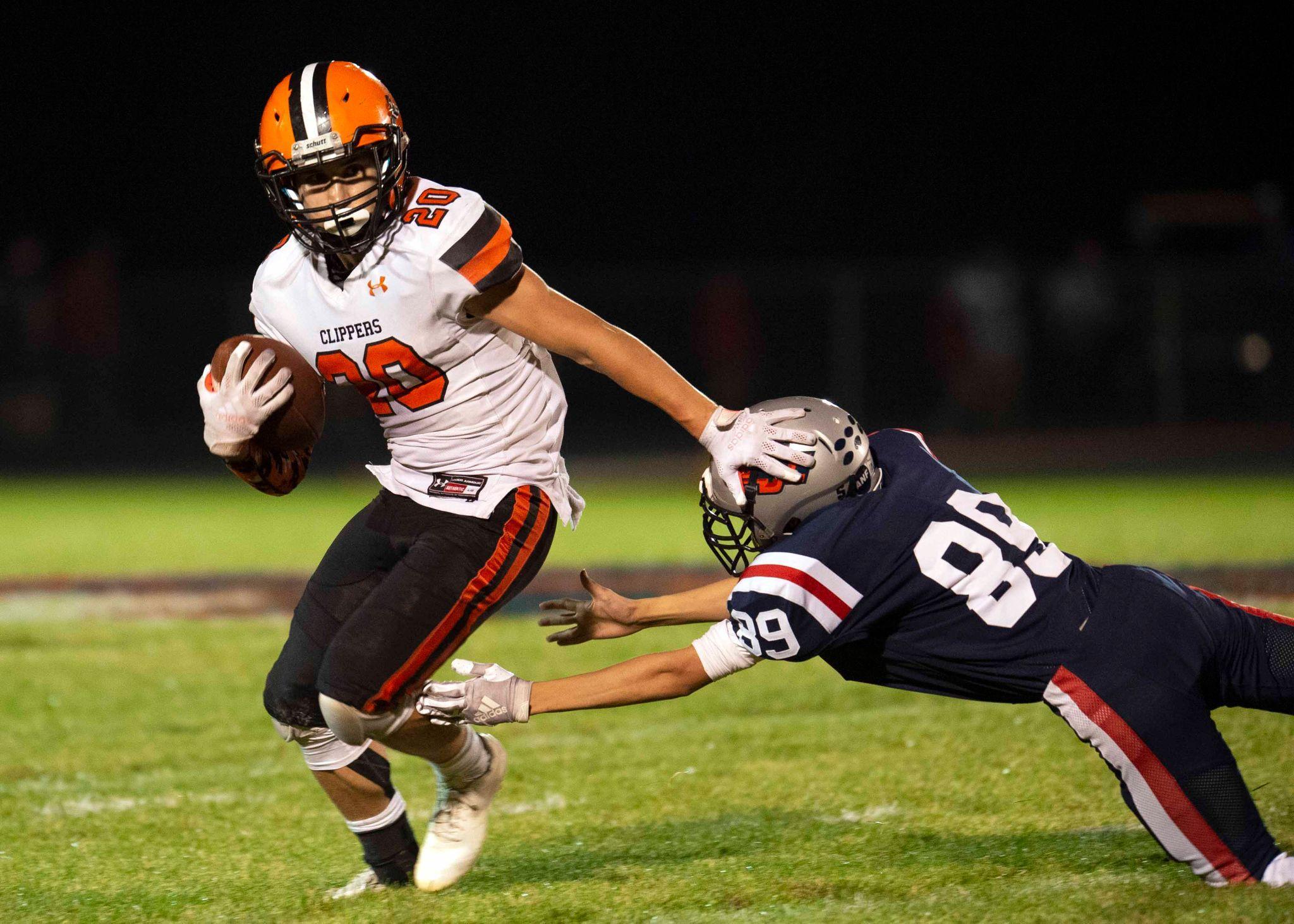