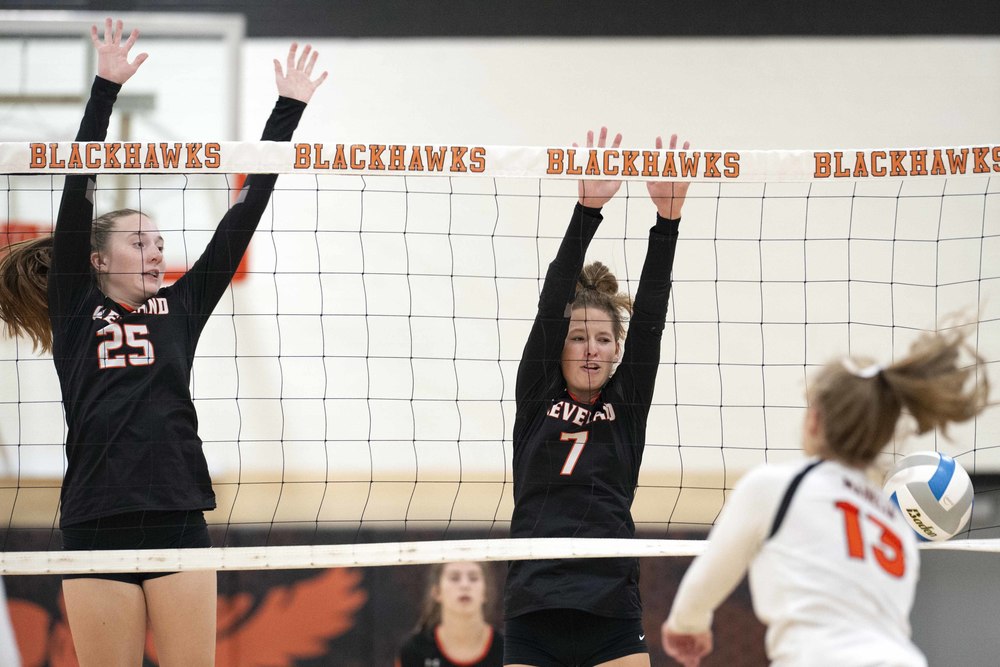 B and C girls win out at Madelia

Above: Lexi Waldron and Jersie Kelley go up for a block during the B-Squad Clippers’ 3-0 win at Madelia on Thursday.

Both the B and C girls swept host Madelia on Thursday.

After easily winning the first game 25-13, the Clipper B-Squad won game two 21-20 on a wayward serve.

Lexi Waldron pushed the ball into an open spot for the first Clipper winner in game three. It didn’t count for much, but the Clippers went on to win that one too. It ended 15-5 on a Caitlynn McCarthy point.

The Clipper Bs were coming off a second-place finish at the TCU tournament on Saturday. After they lost to Lester Prairie 2-1 in the opener, they beat Zumbrota-Mazeppa 2-0, NRHEG 2-0 and New Prague 2-1.

Coach Sally Kortuem said her team is playing well right now, despite losing Ava and Greta Hahn and (now out with an injury) Sarena Remiger to completely to varsity. Others, like Hollerich and Savannah Meyer, may get a game in before the varsity match.

“The other girls are really stepping up,” Kortuem said. “It’s sad to see the season coming to an end."

The Clipper B and C girls finish their seasons with a trip to Lake Crystal on Thursday. 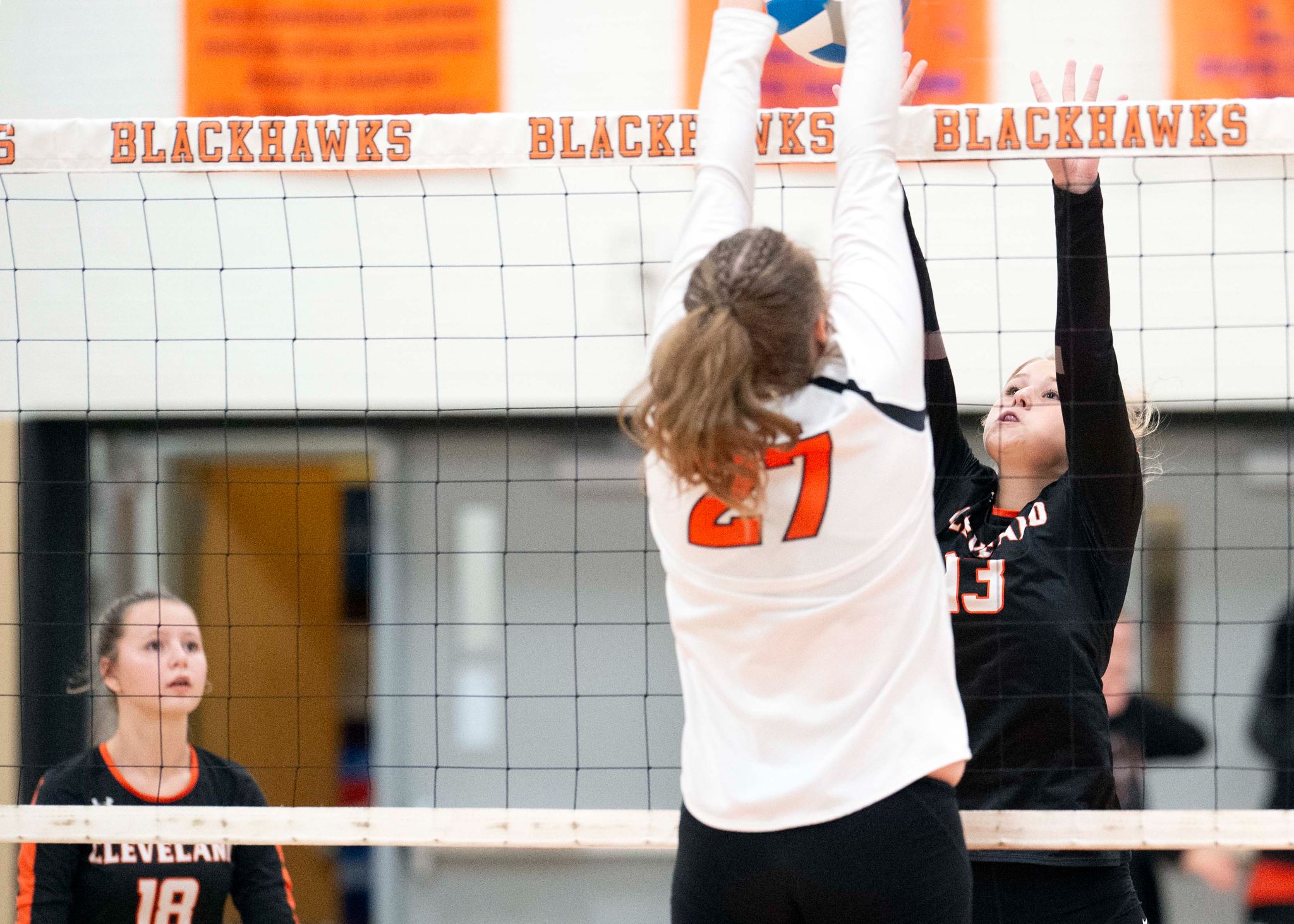 Caitlynn McCarthy at the net during the B game at Madelia.