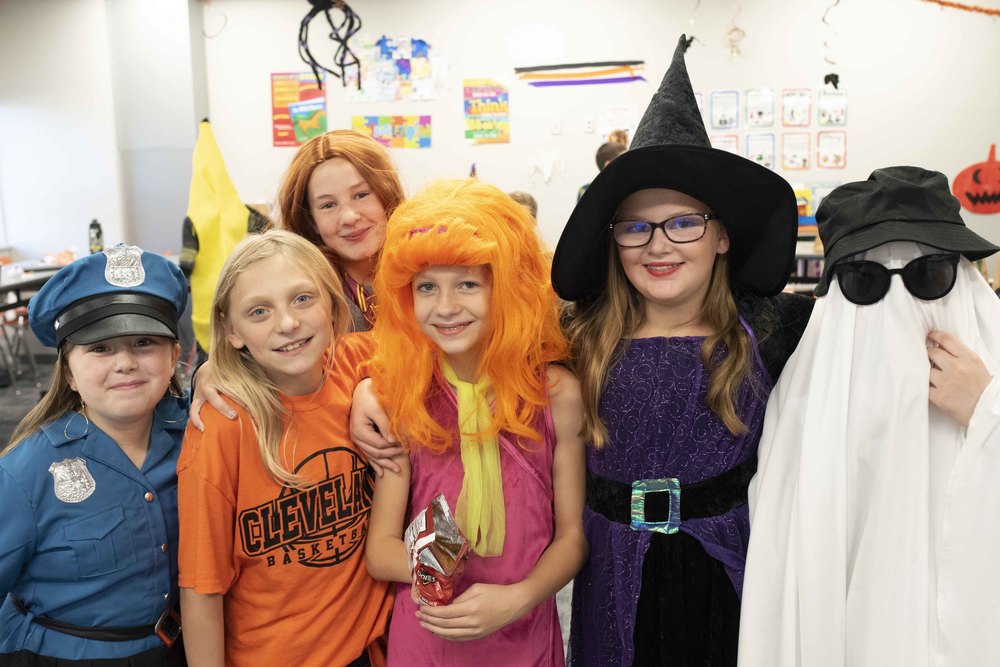 Above: A group of fifth graders. In the center is Mattea Grandaw as Daphne from the Scobby-Doo cartoon series. To her left is Kendra Schipper as a witch. To her right is Sierra Sichmeller. In back is Kaelyn Blaschko.

Ghouls of every ilk haunted elementary classrooms on Friday afternoon as students held their Halloween parties.

But there were plenty of princesses, unicorns and superheroes too as well as TV and film characters, athletes, cheerleaders, law enforcement officers and lumberjacks. Food themes, like M&Ms, ketchup and mustard, were also popular. 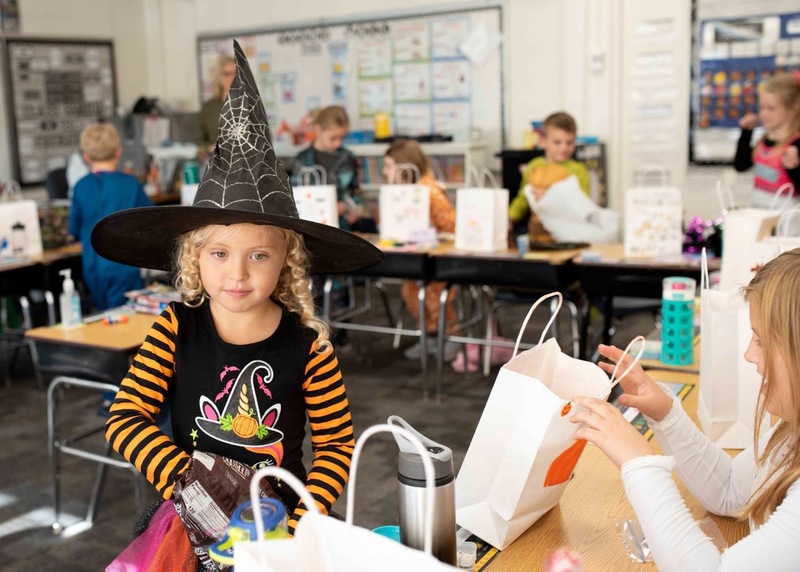 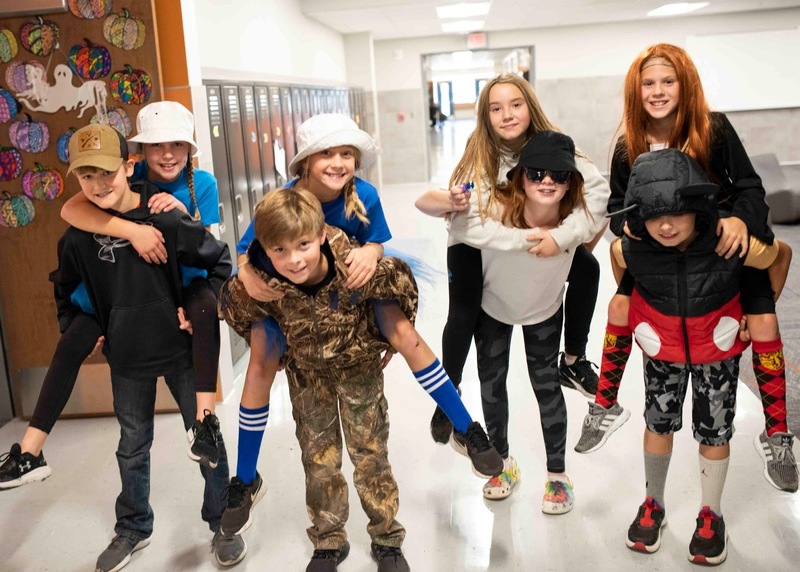 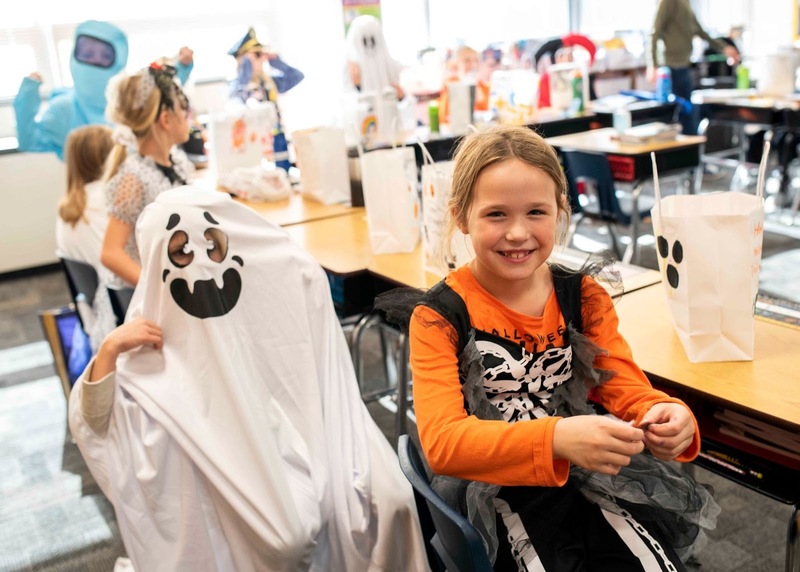 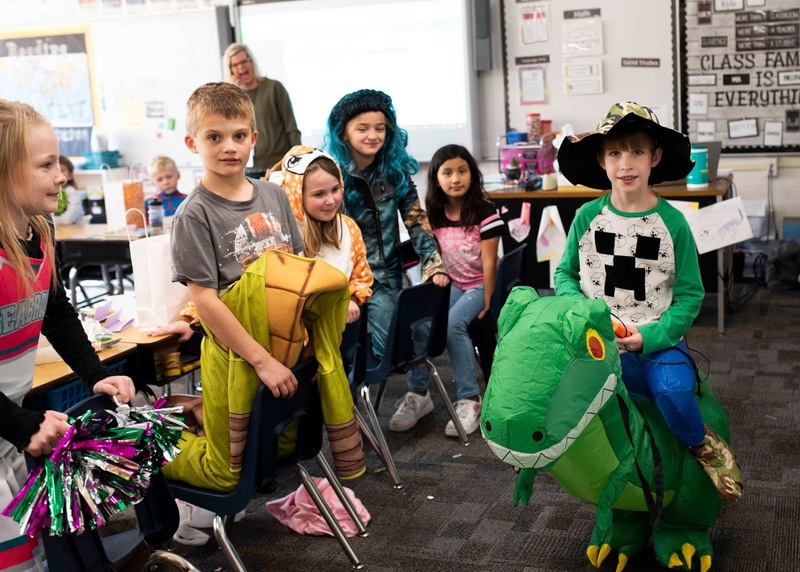 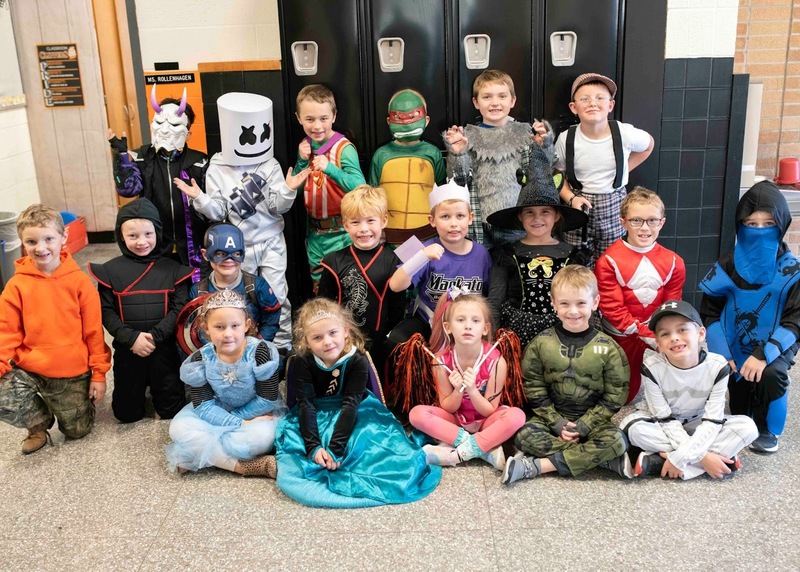 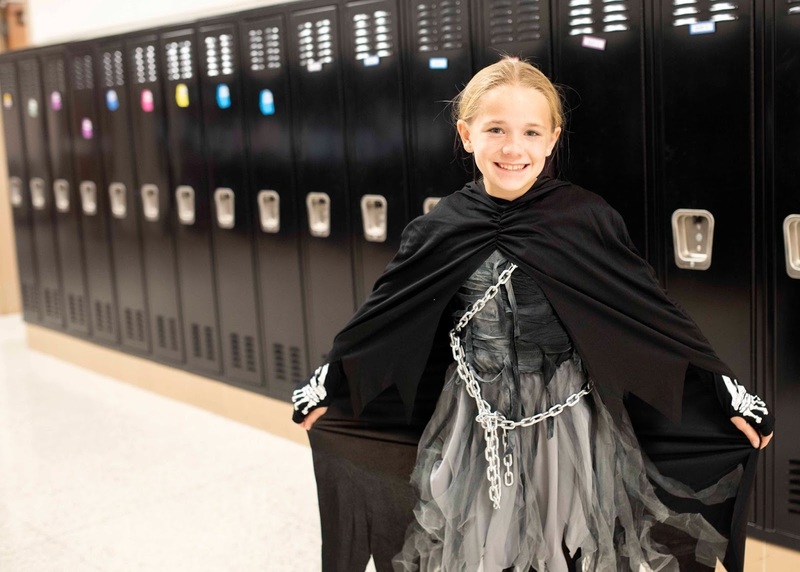 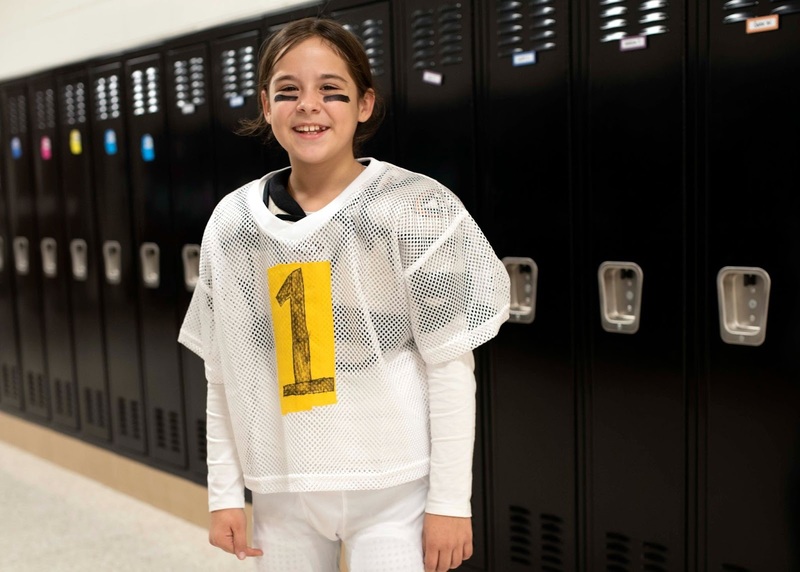 Fourth grader Natalie Flowers was ready to run onto the football field. 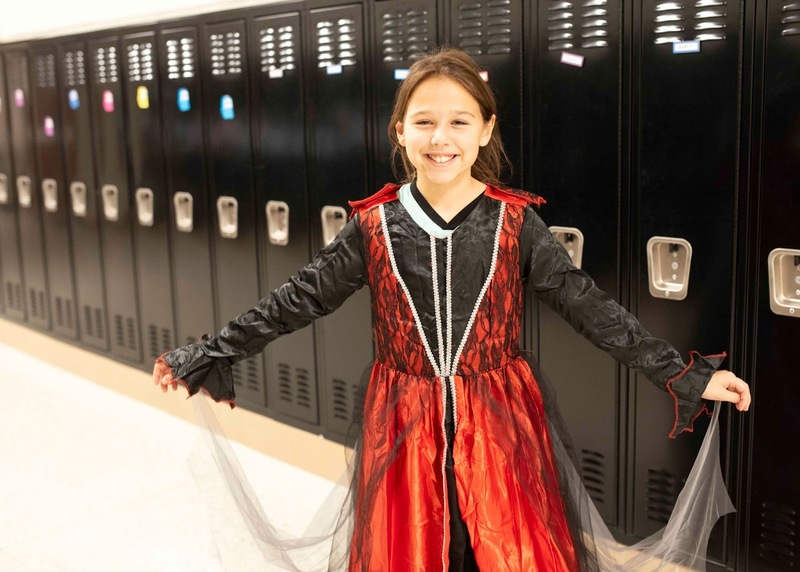 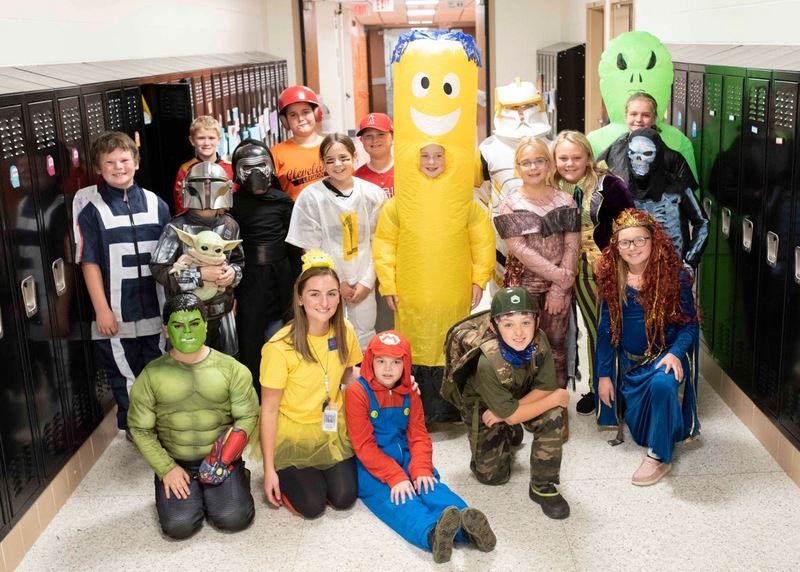 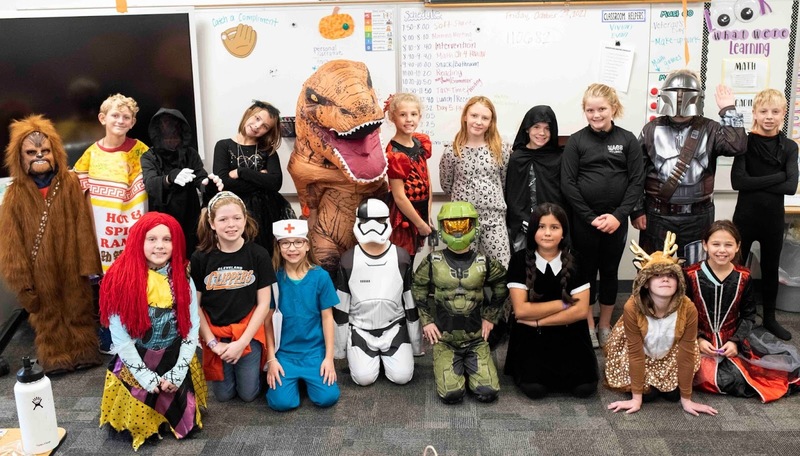 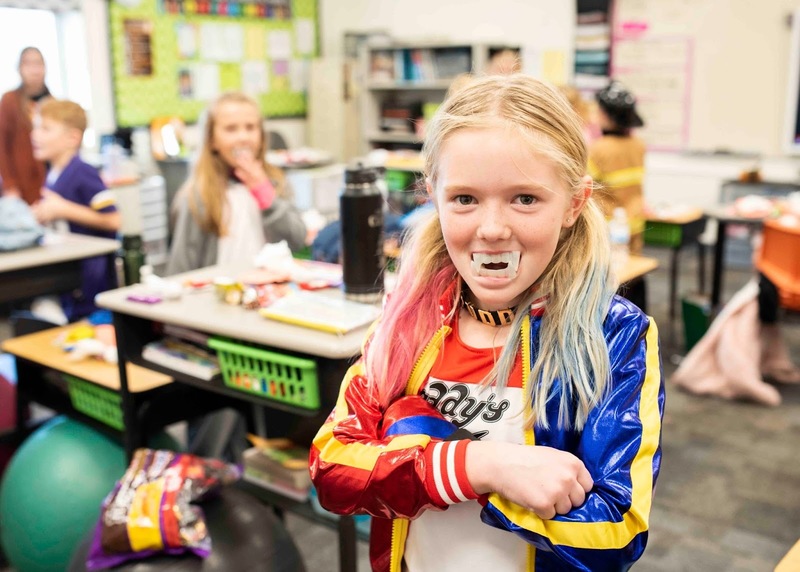 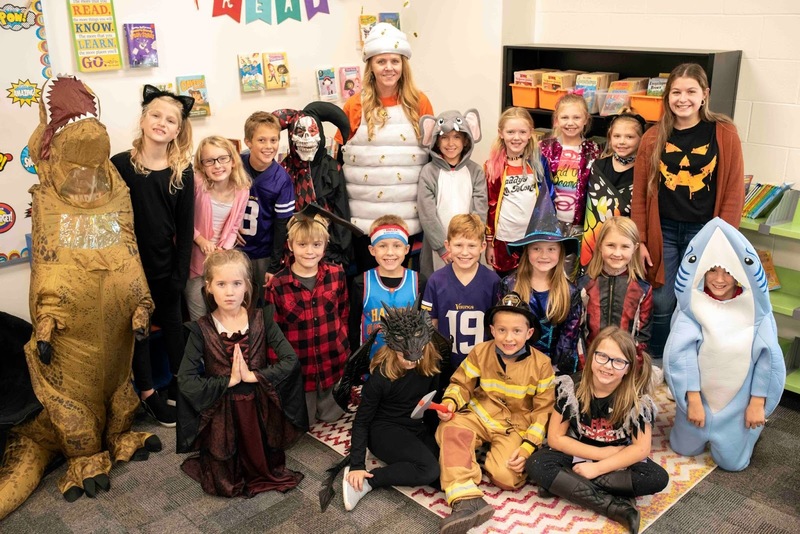 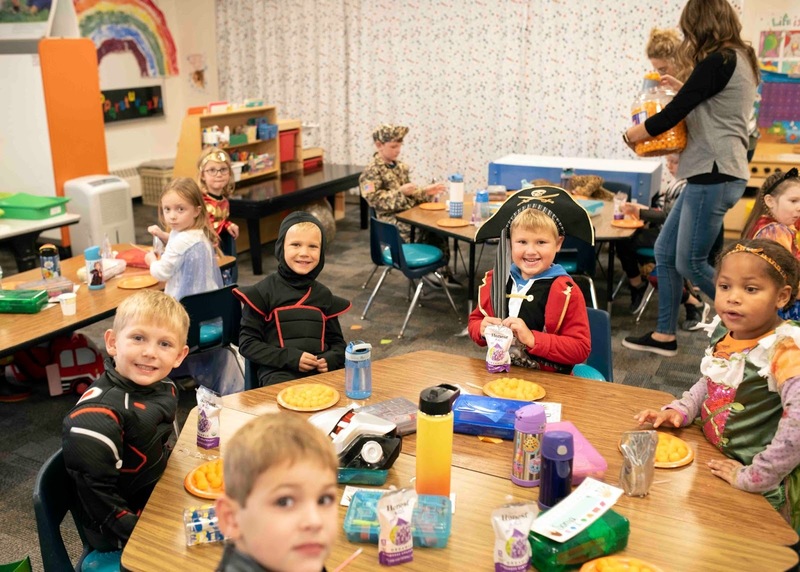 Karin Miller’s kindergarteners sit down for a snack. 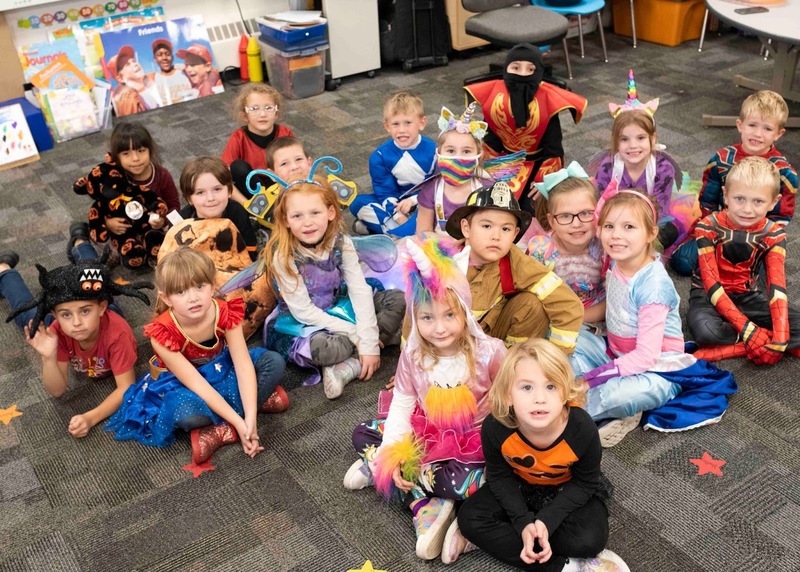 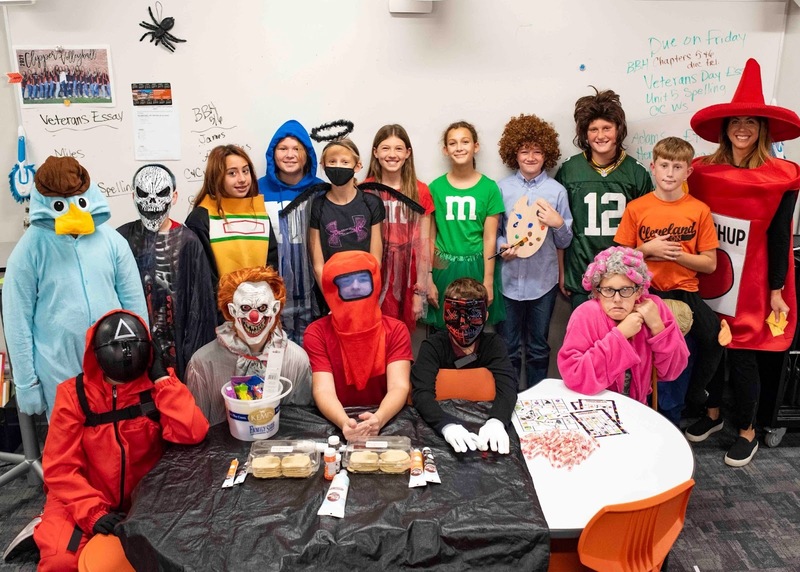 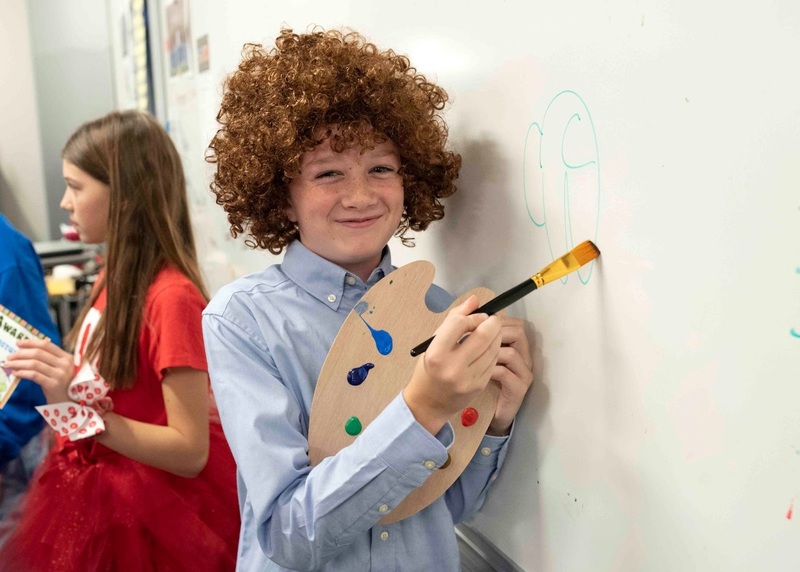 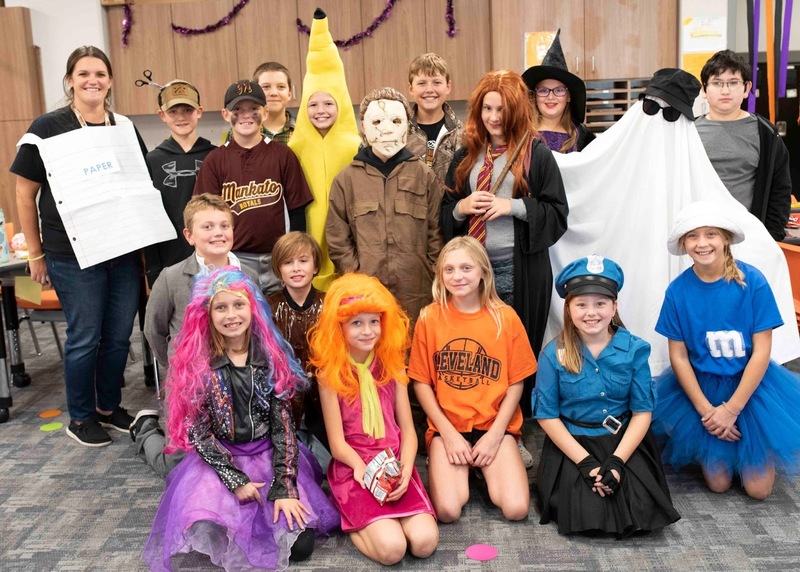 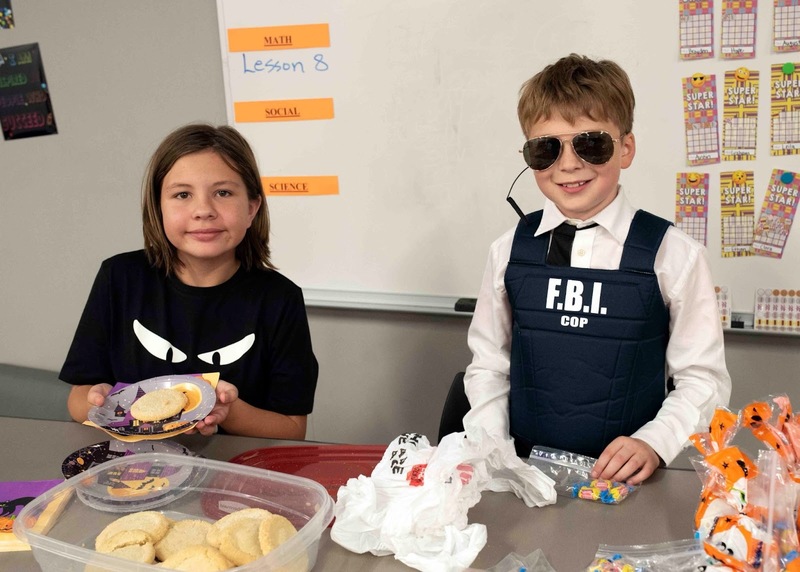 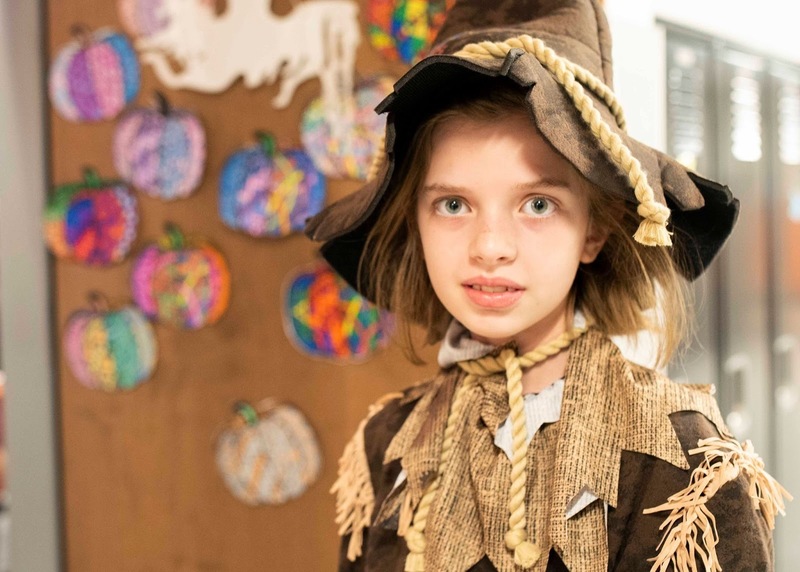 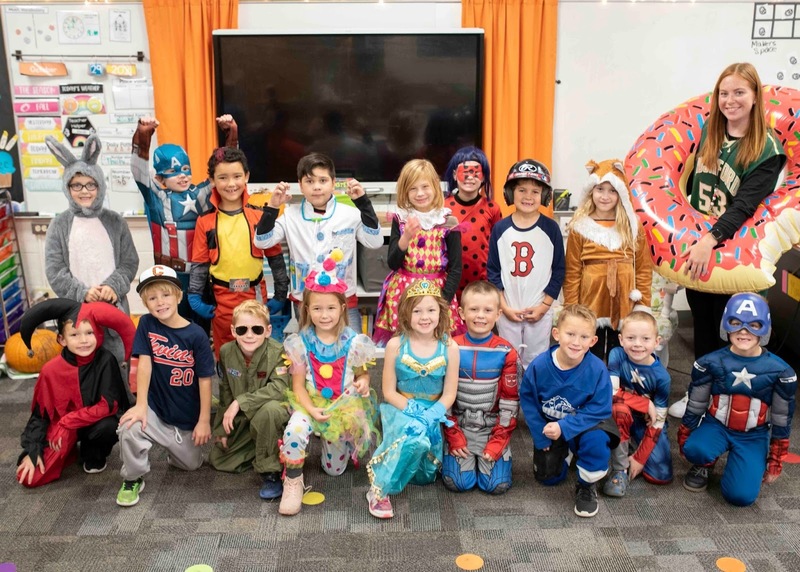 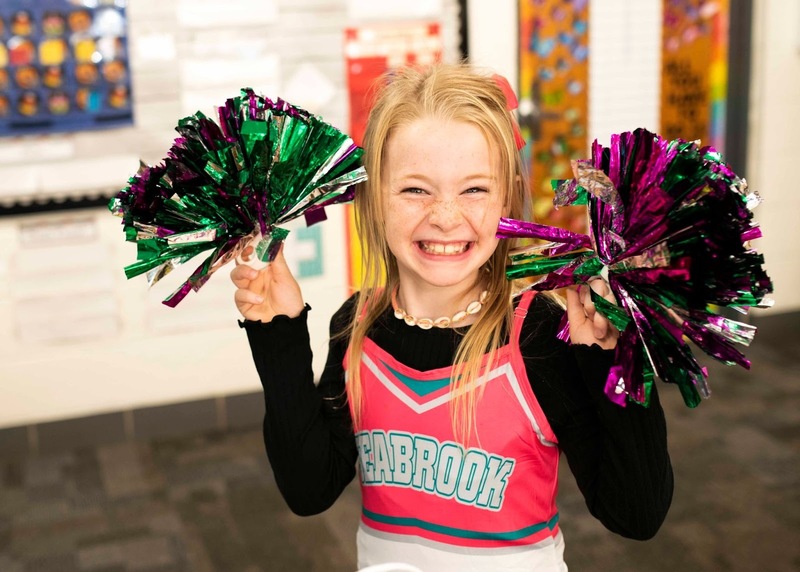 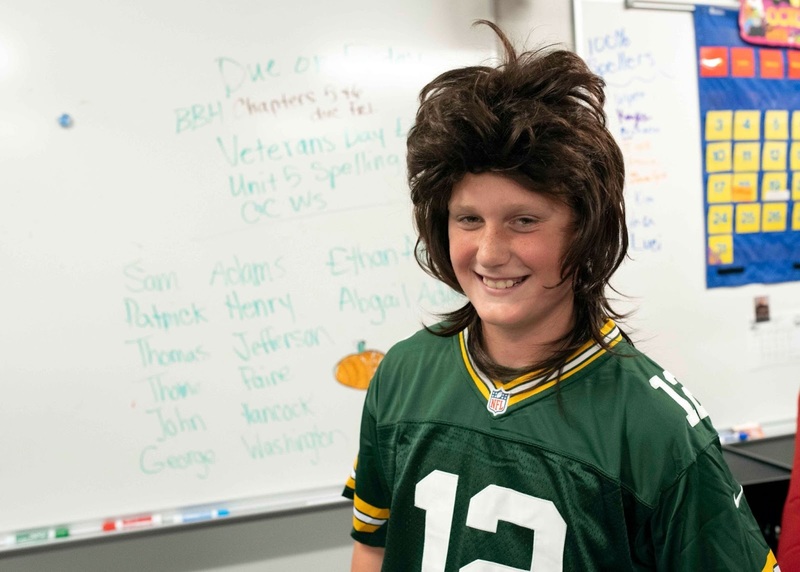 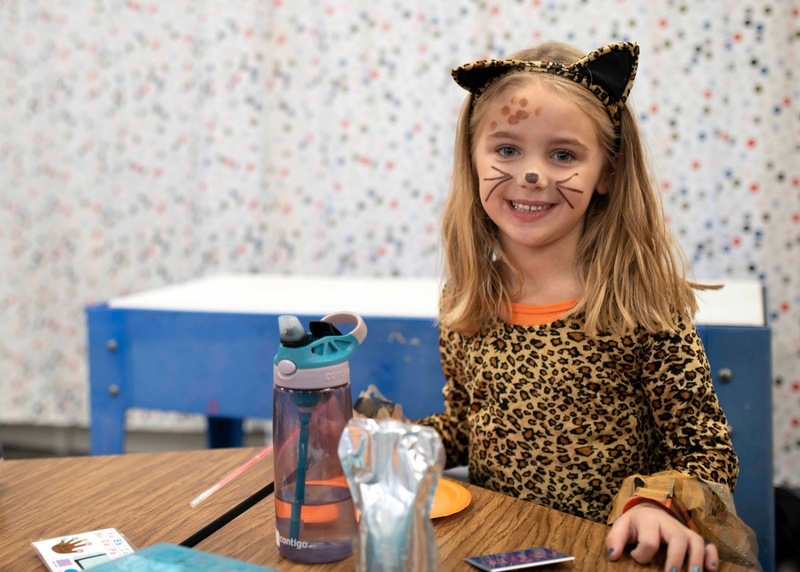 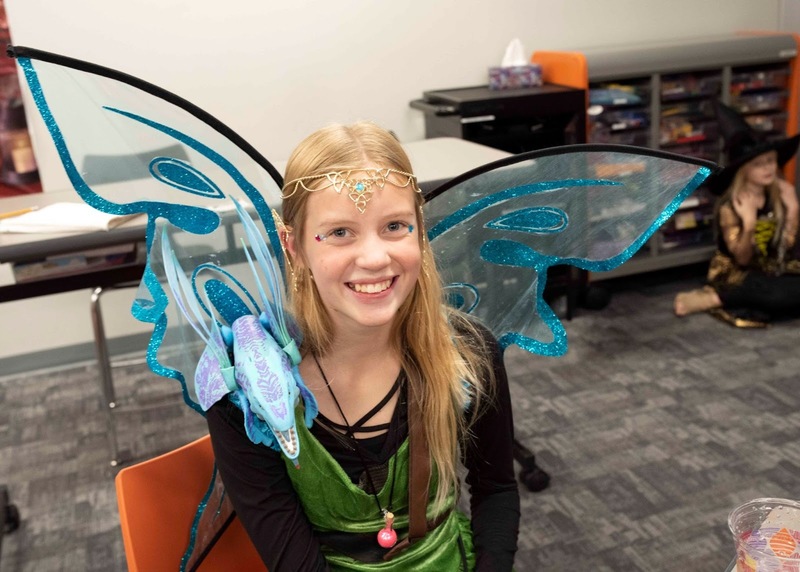 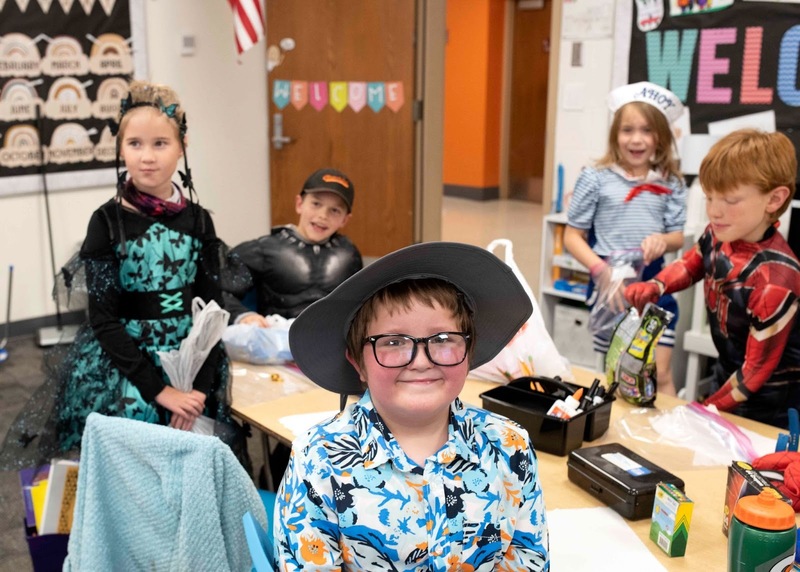 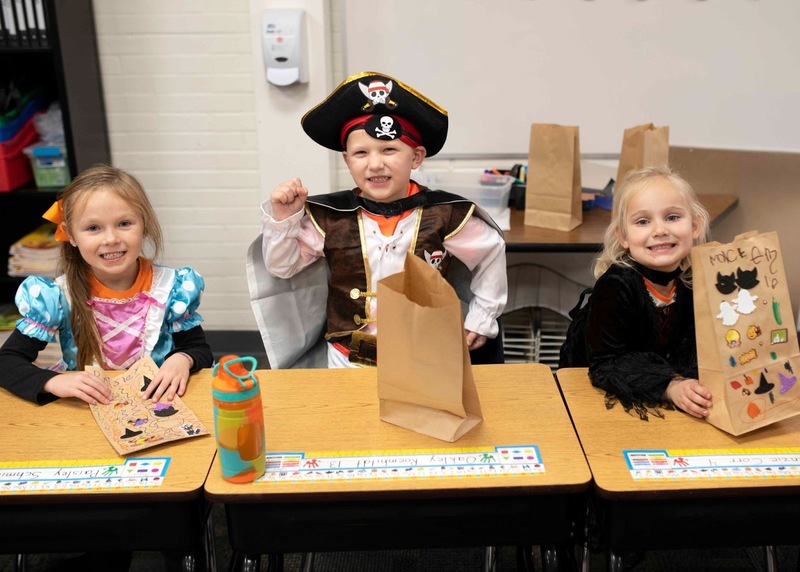 A trio of kindergarteners 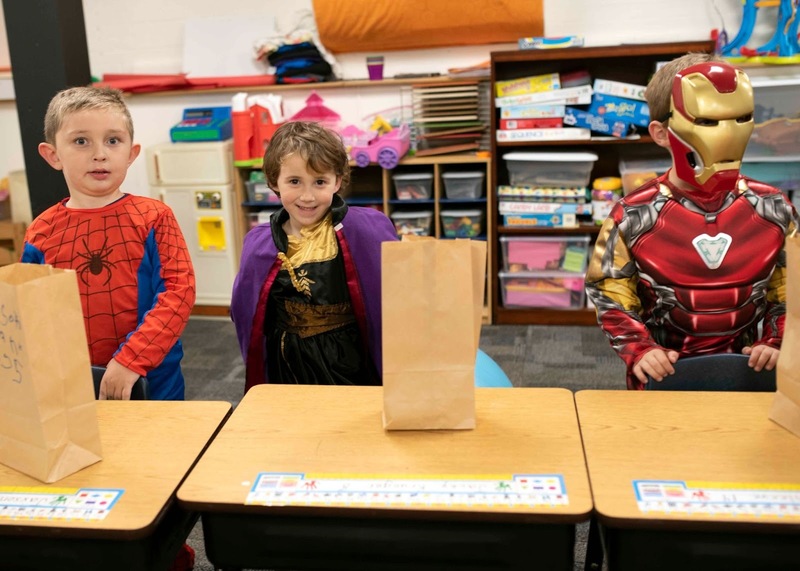 Another trio of kindergarteners 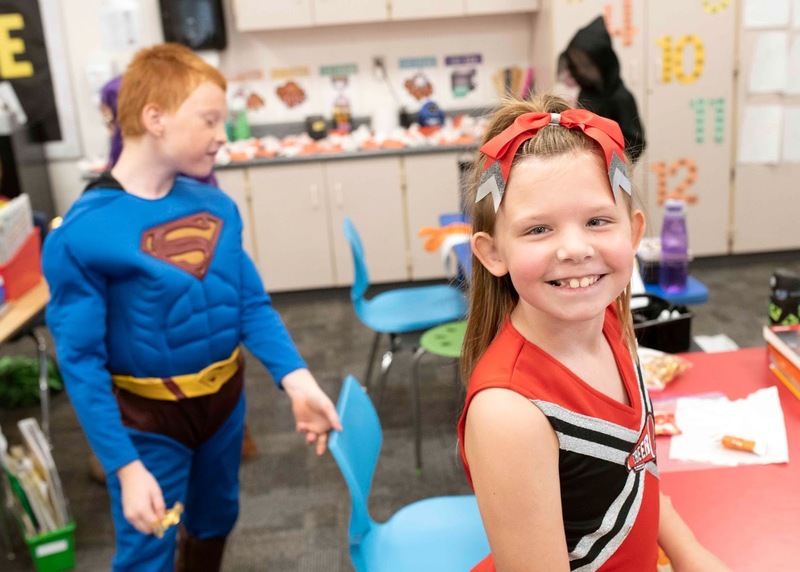