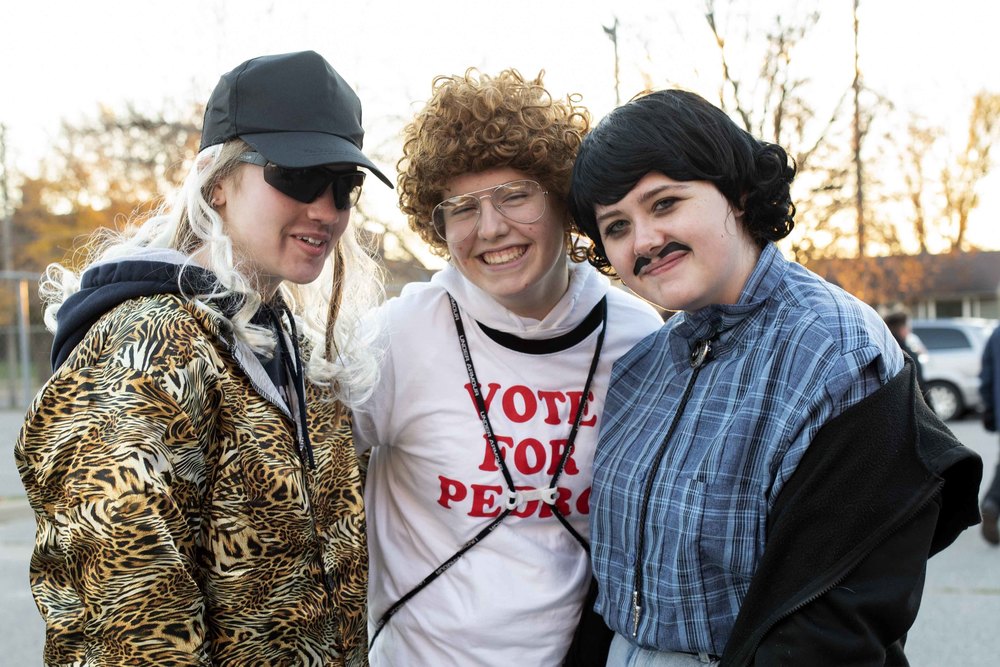 Trunk Or Treat is launching point for Halloween

Above: Maya Lassiter as the Tiger King, Sophie Perkins as Napoleon Dynamite, and Ariel Murphy as Napoleon’s friend Pedro Sanchez

Co-sponsored by Community Education and Our Savior’s Lutheran Church, Trunk-Or-Treat, held in the church parking lot, was the jump-off point for trick-or-treating around Cleveland on Sunday.

Despite a brisk Halloween night, attendance was high, said Community Education coordinator Rich Kern, especially when compared to a year ago.

Besides treats served from car trunks, there was food, a game or two and marshmallow roasting. 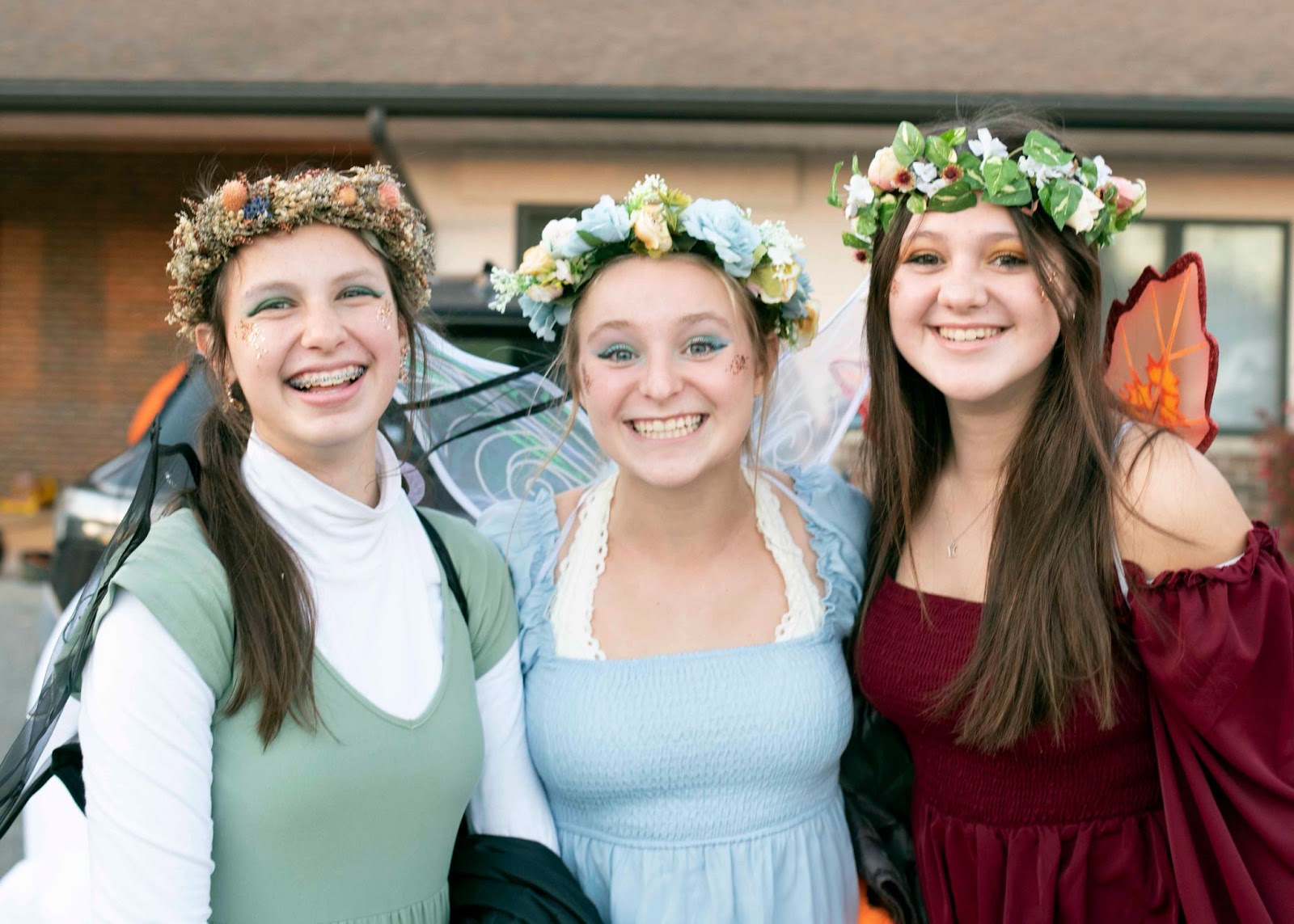 Vivian Hilfer, Sierra McCabe and Anna Kuatzky-Kline as the fairies from “Sleeping Beauty.” 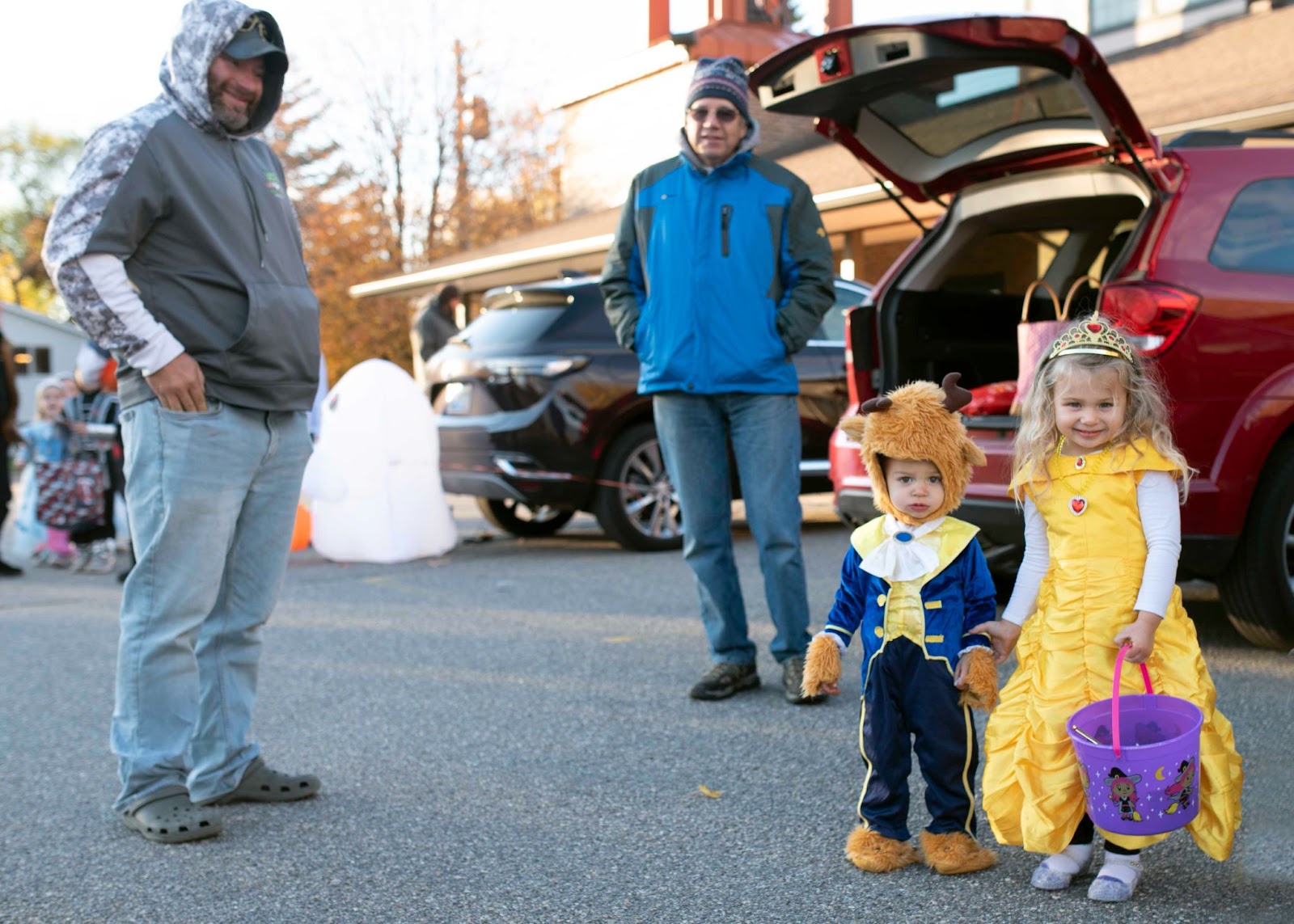 Jordie and Knox Seely As Beauty and the Beast. 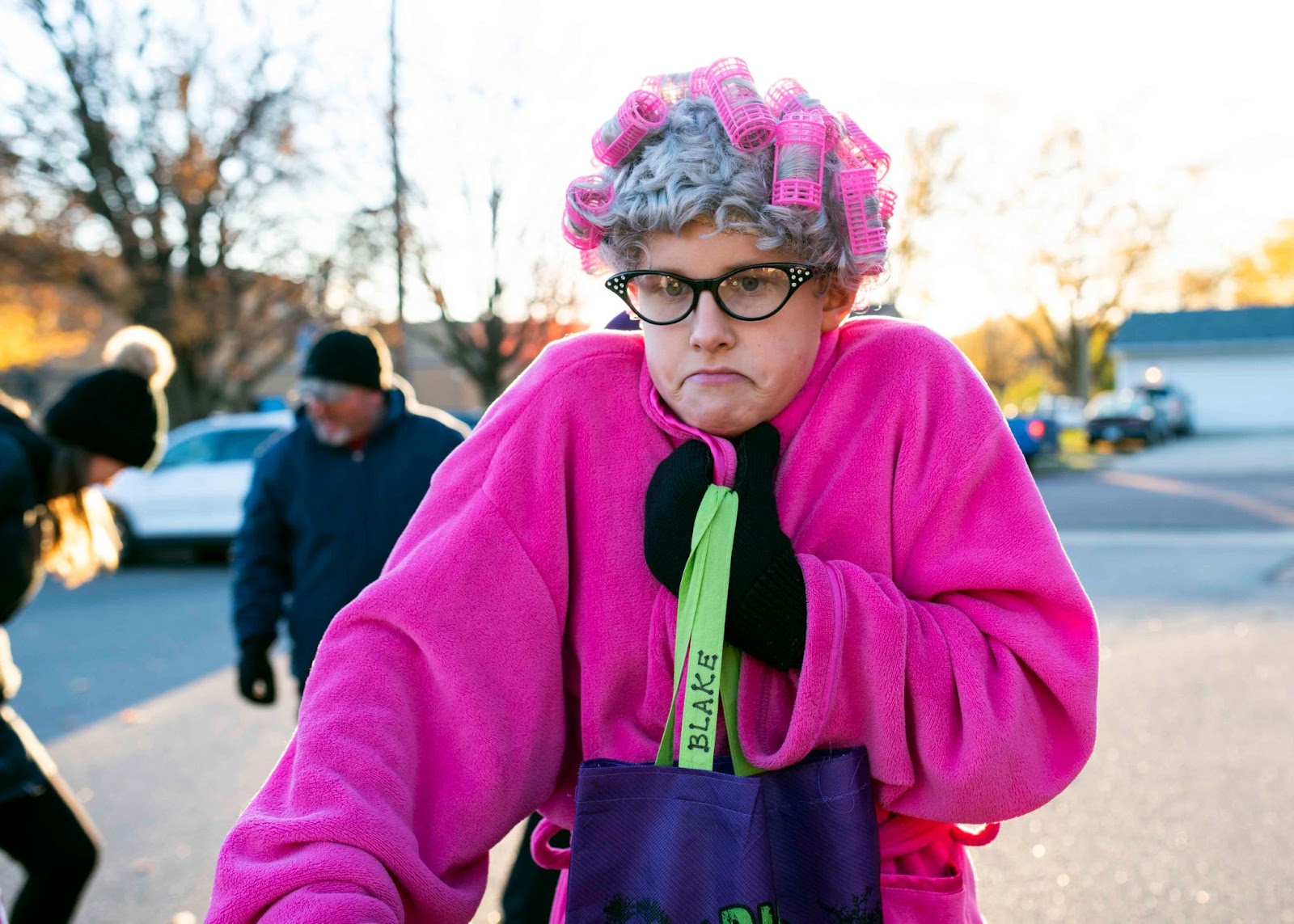 Brunson Gibbs as a lady with curlers. 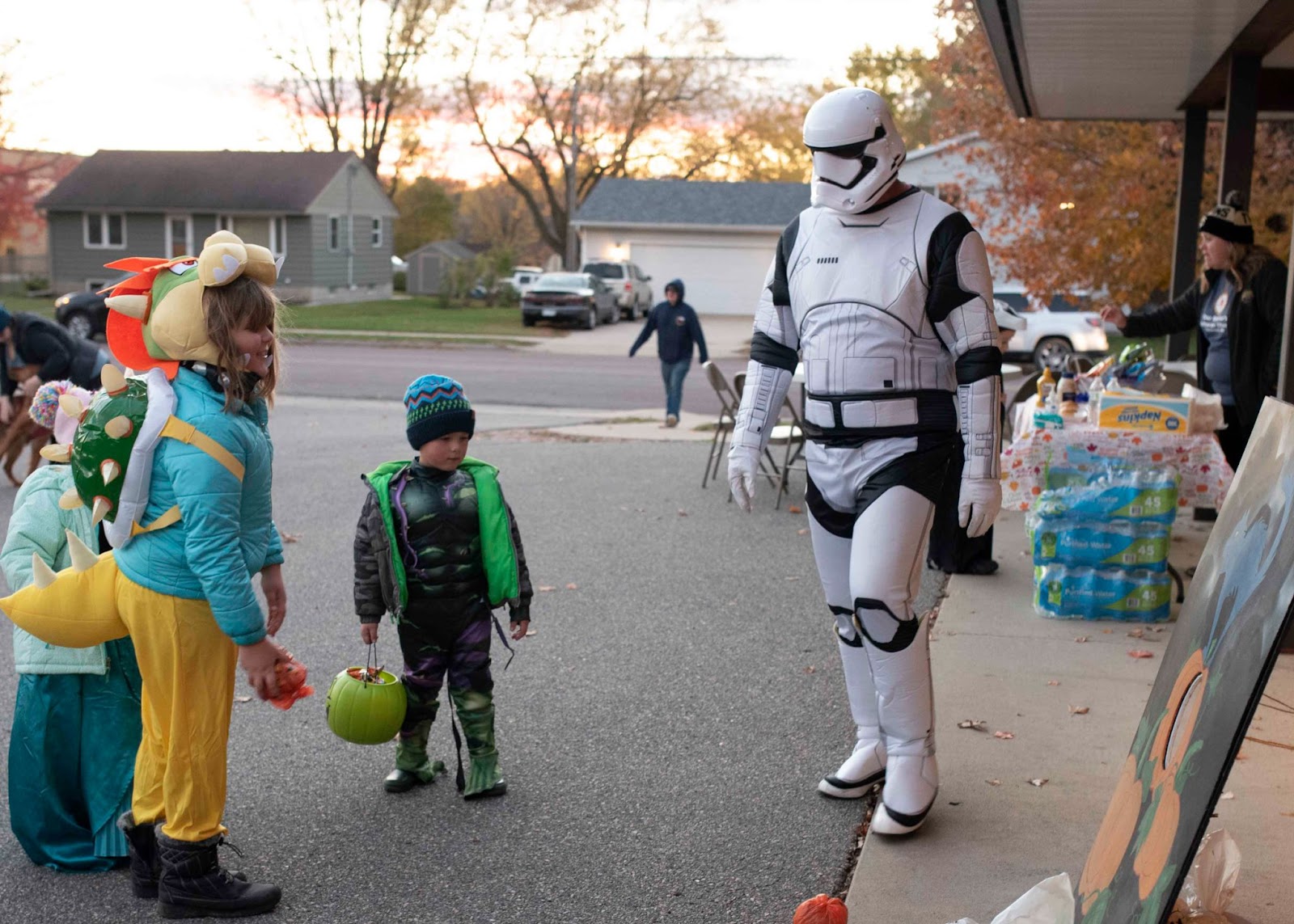 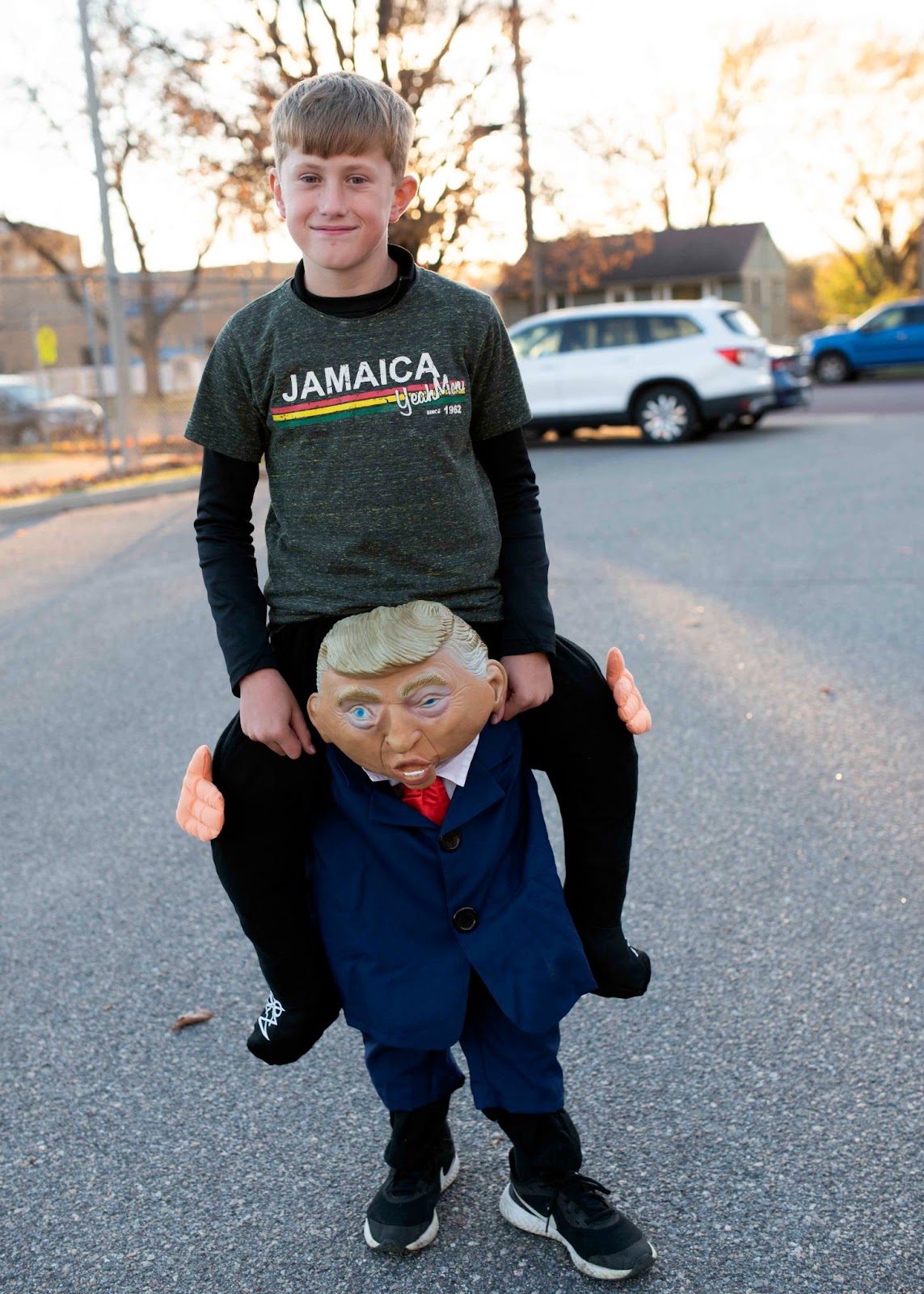 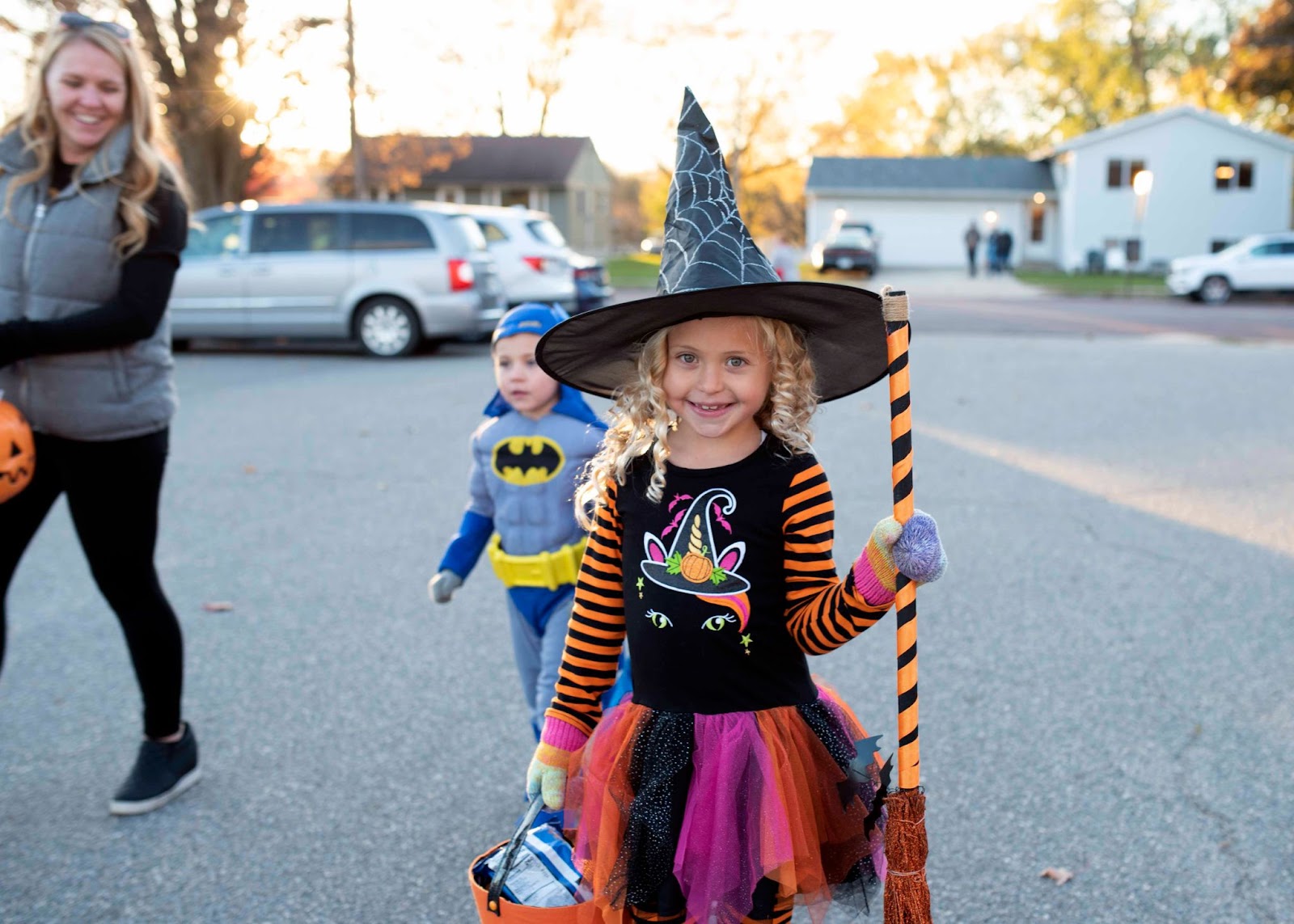 Lucy Smith was a happy witch. 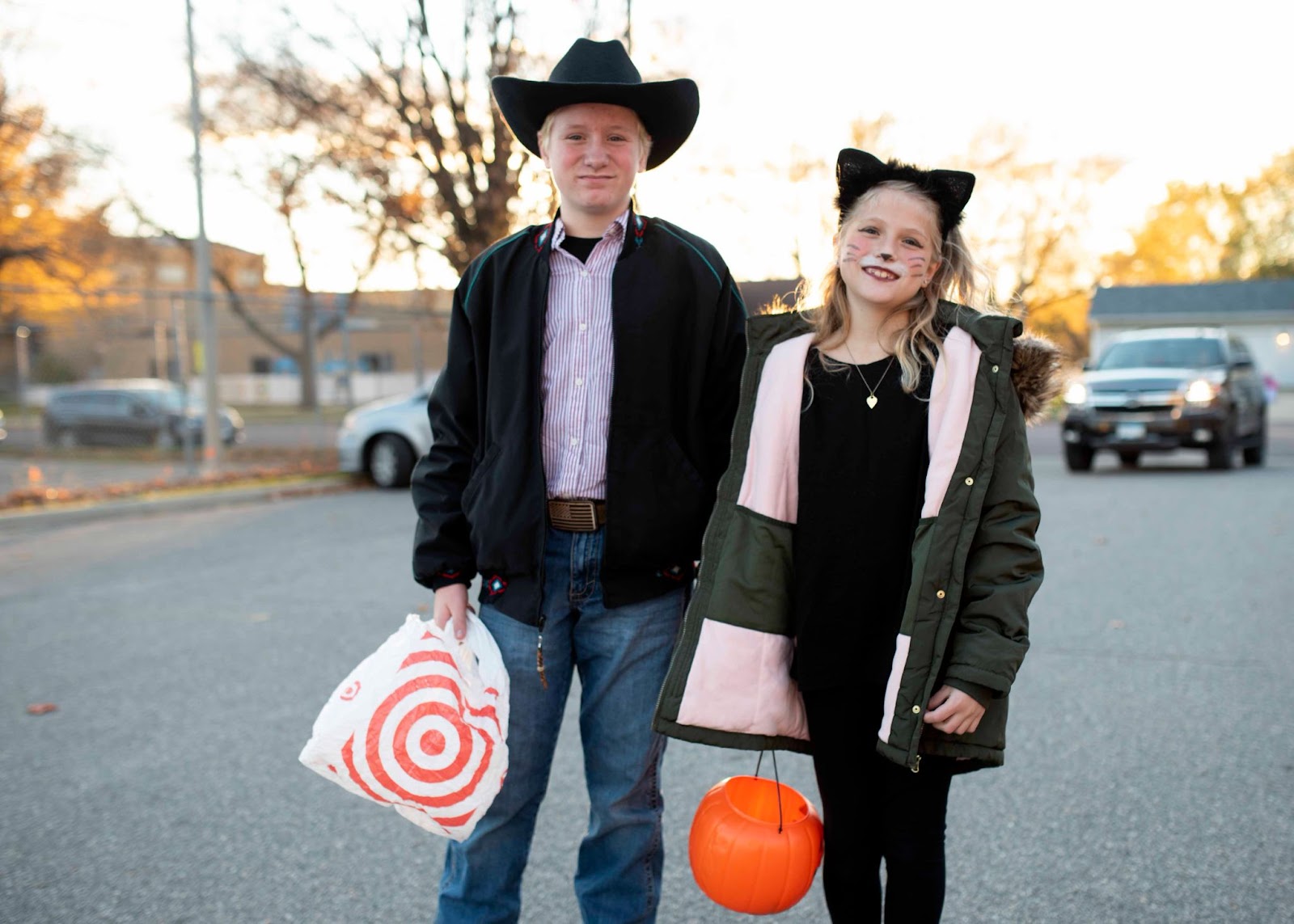 Marshall and Jacquelyn Heldberg as cowboy and feline. 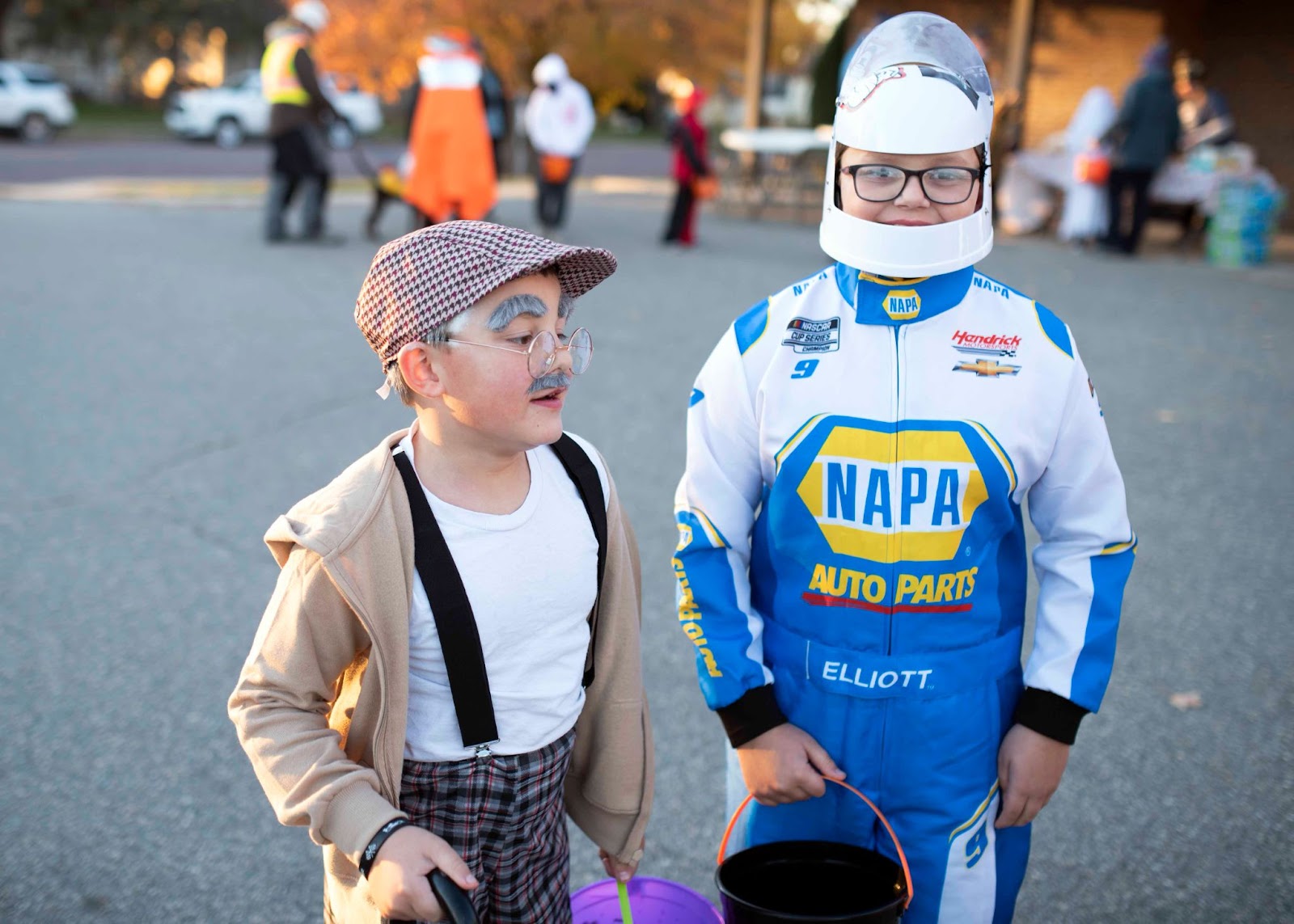 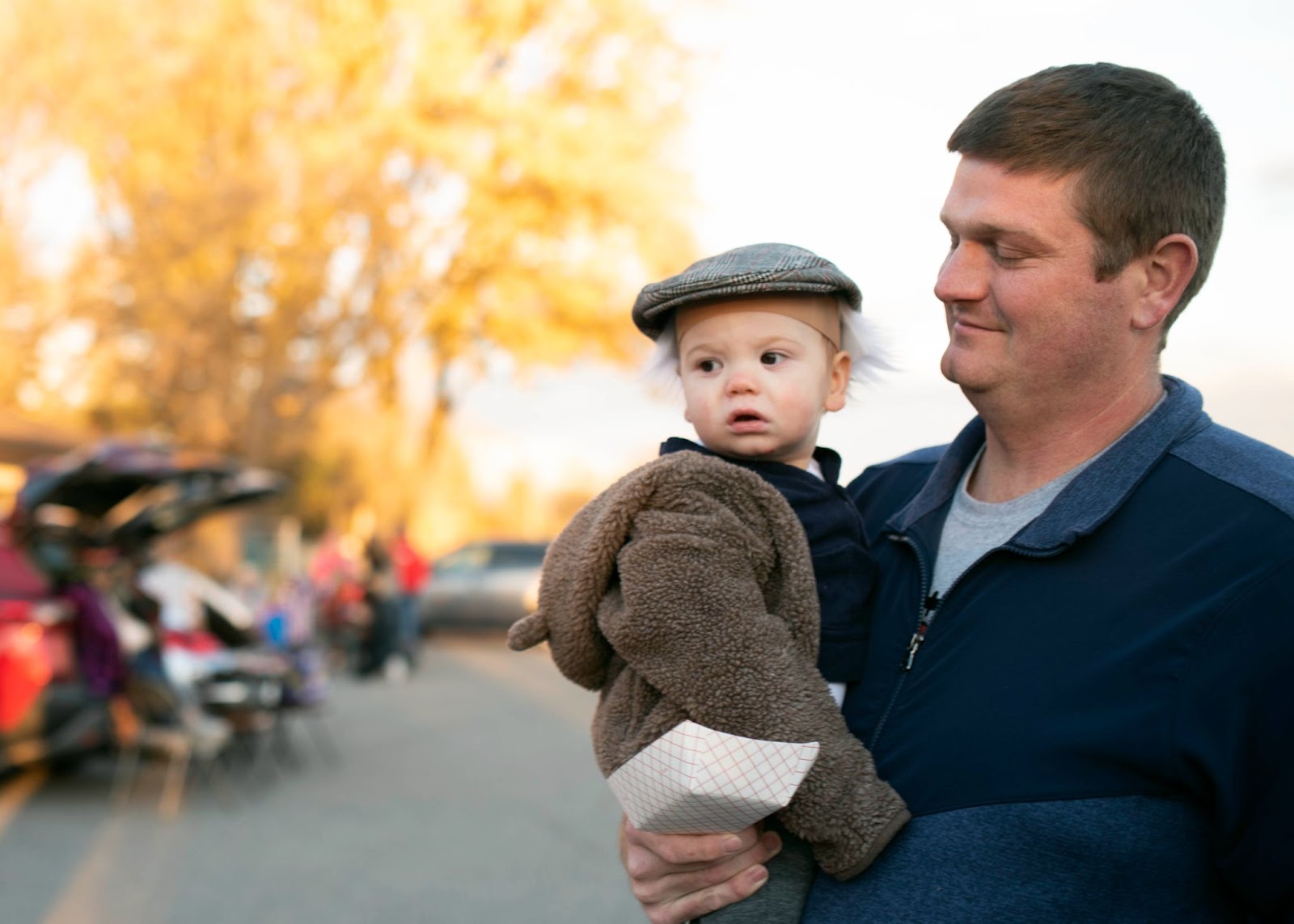 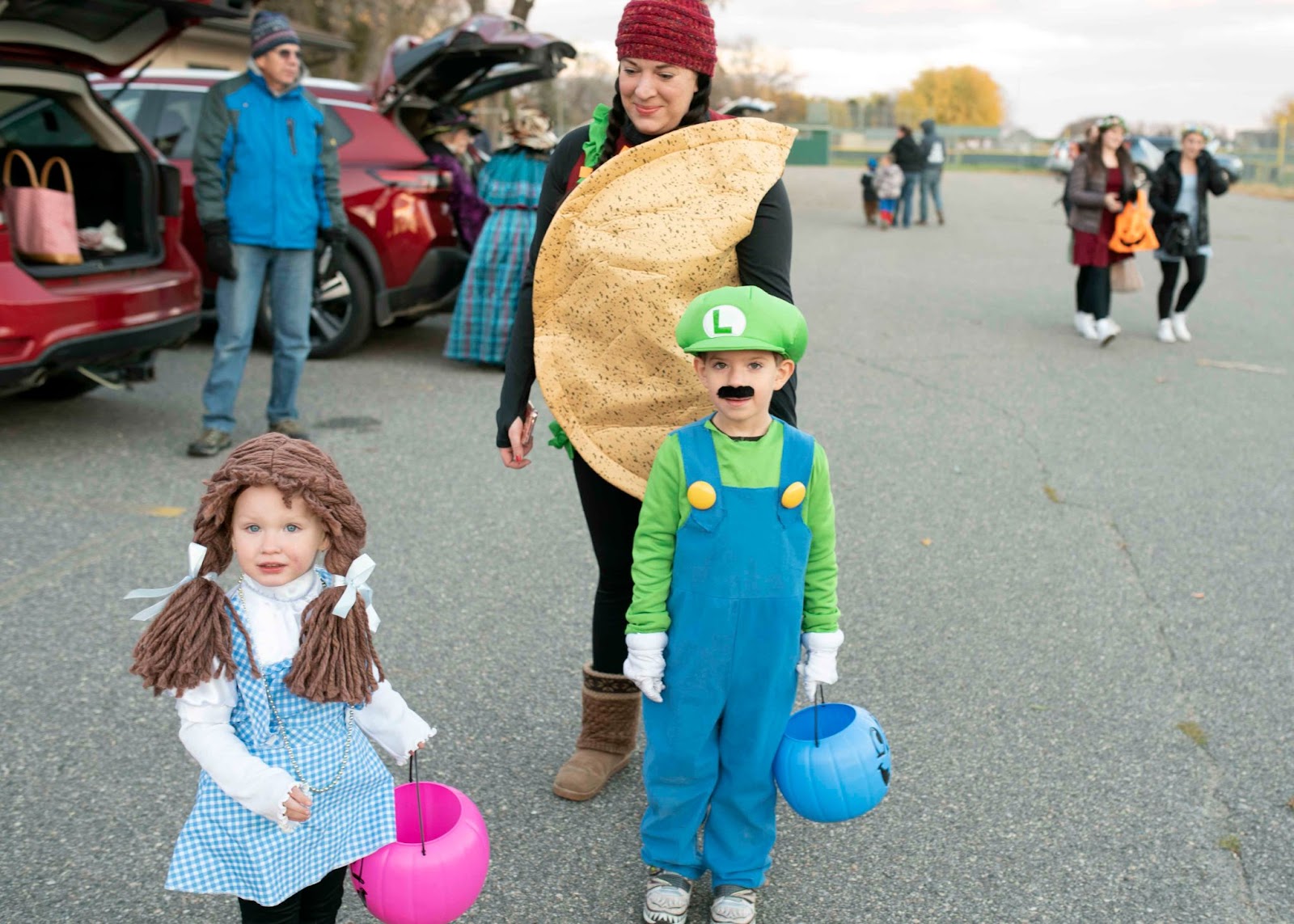 Holden Sathoff as Super Mario’s Luigi and sister Scarlet as Dorothy from the Wizard of Oz. 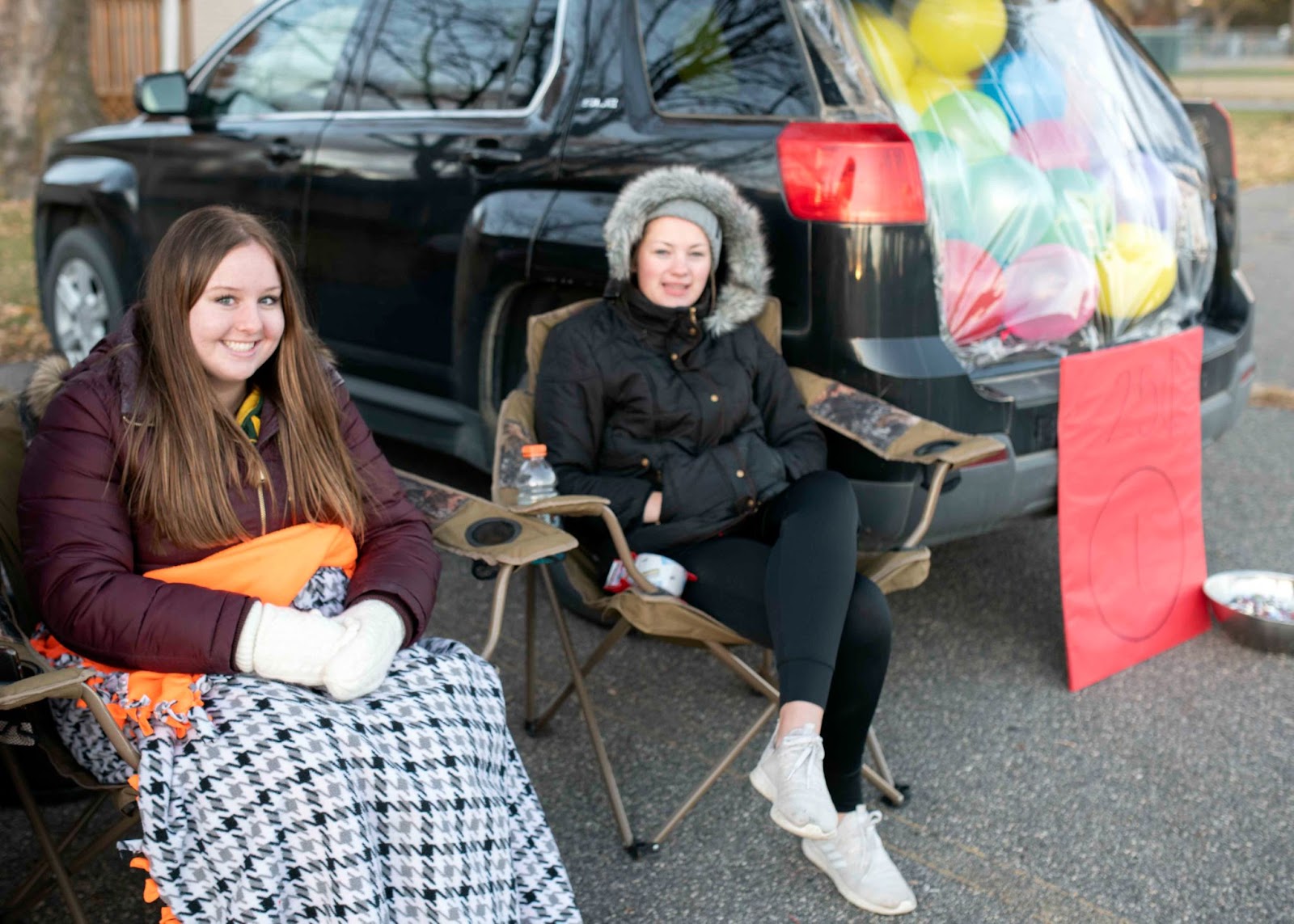 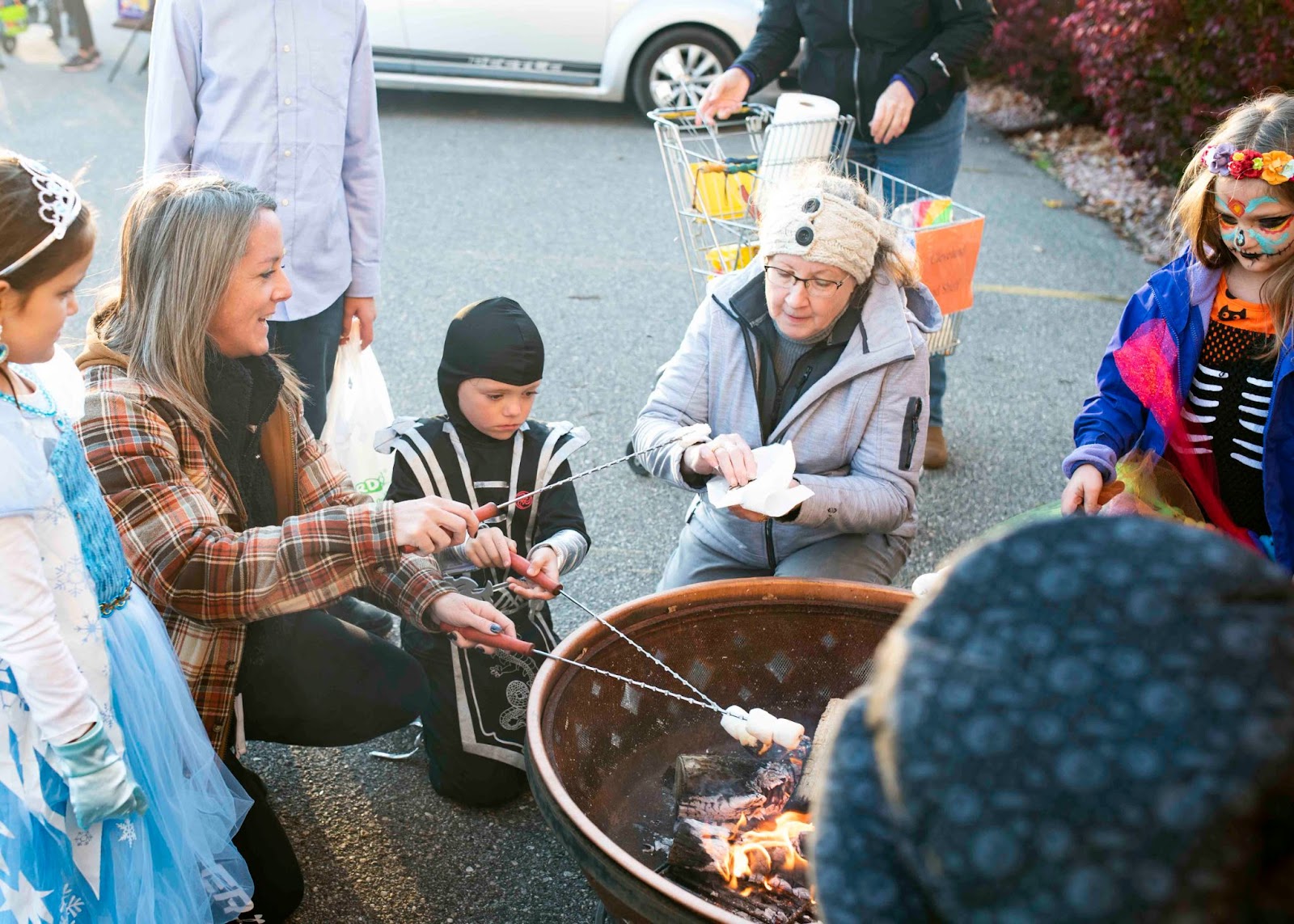 Marshmallow roasting was new this year. 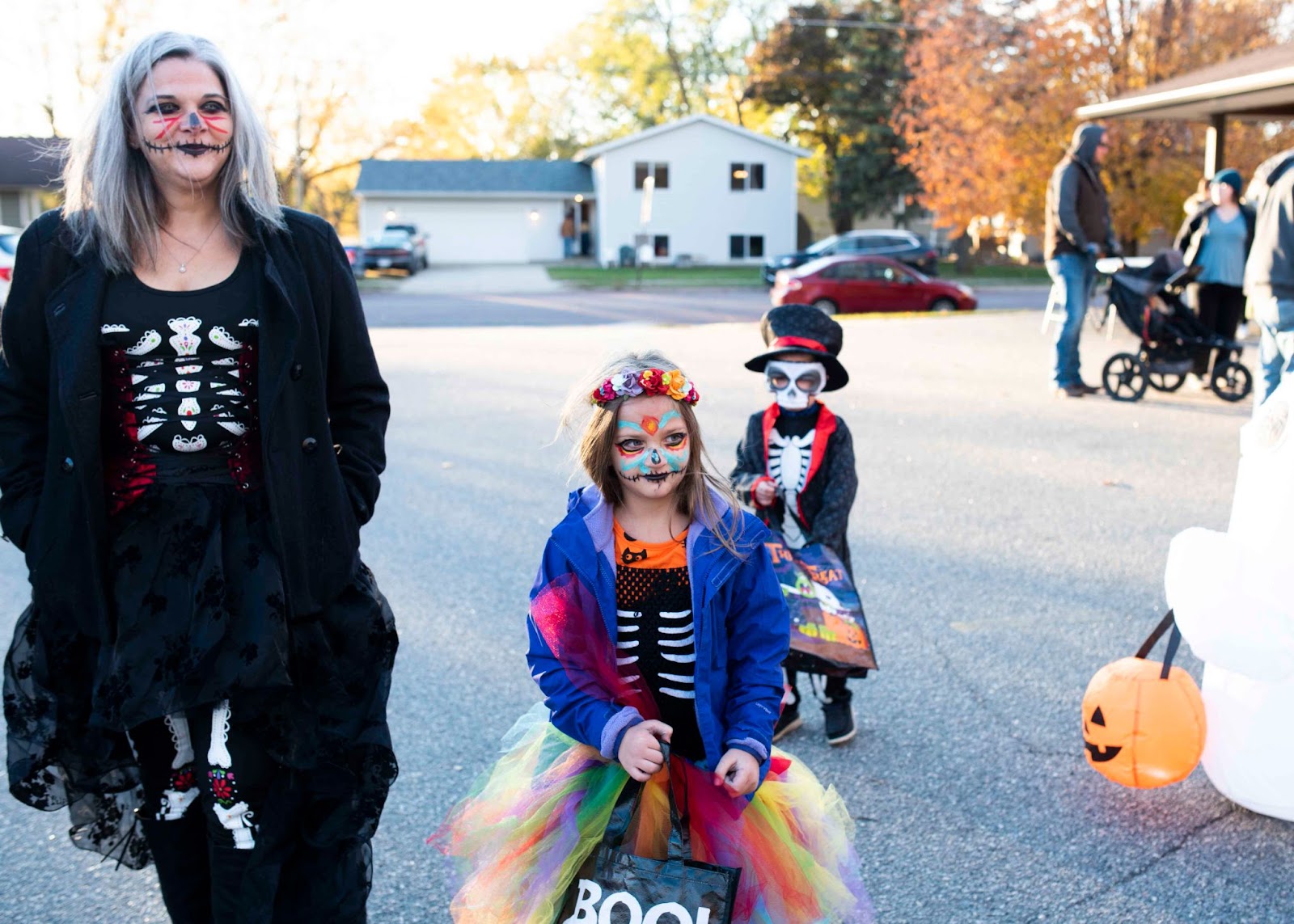 A group of ghouls 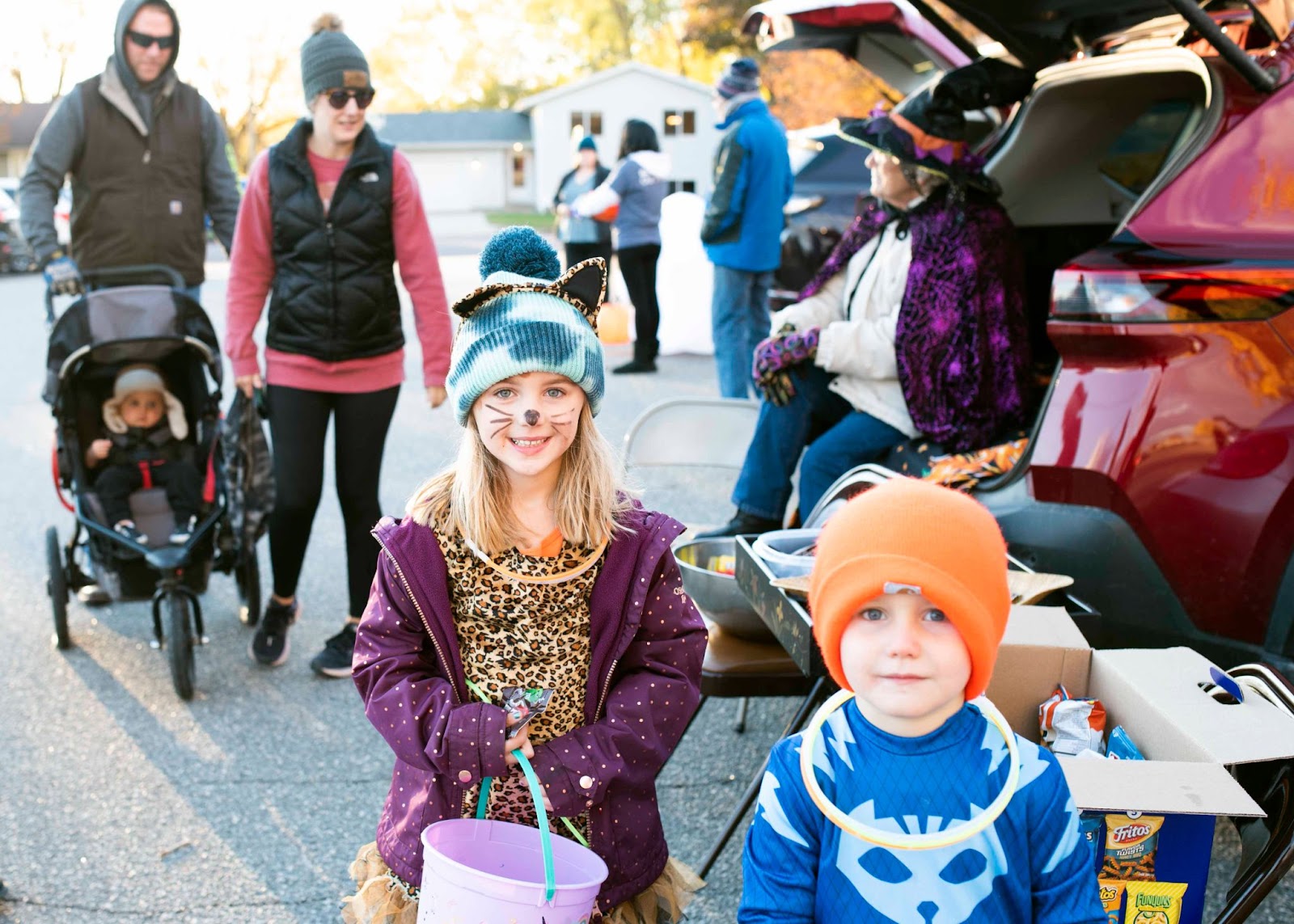 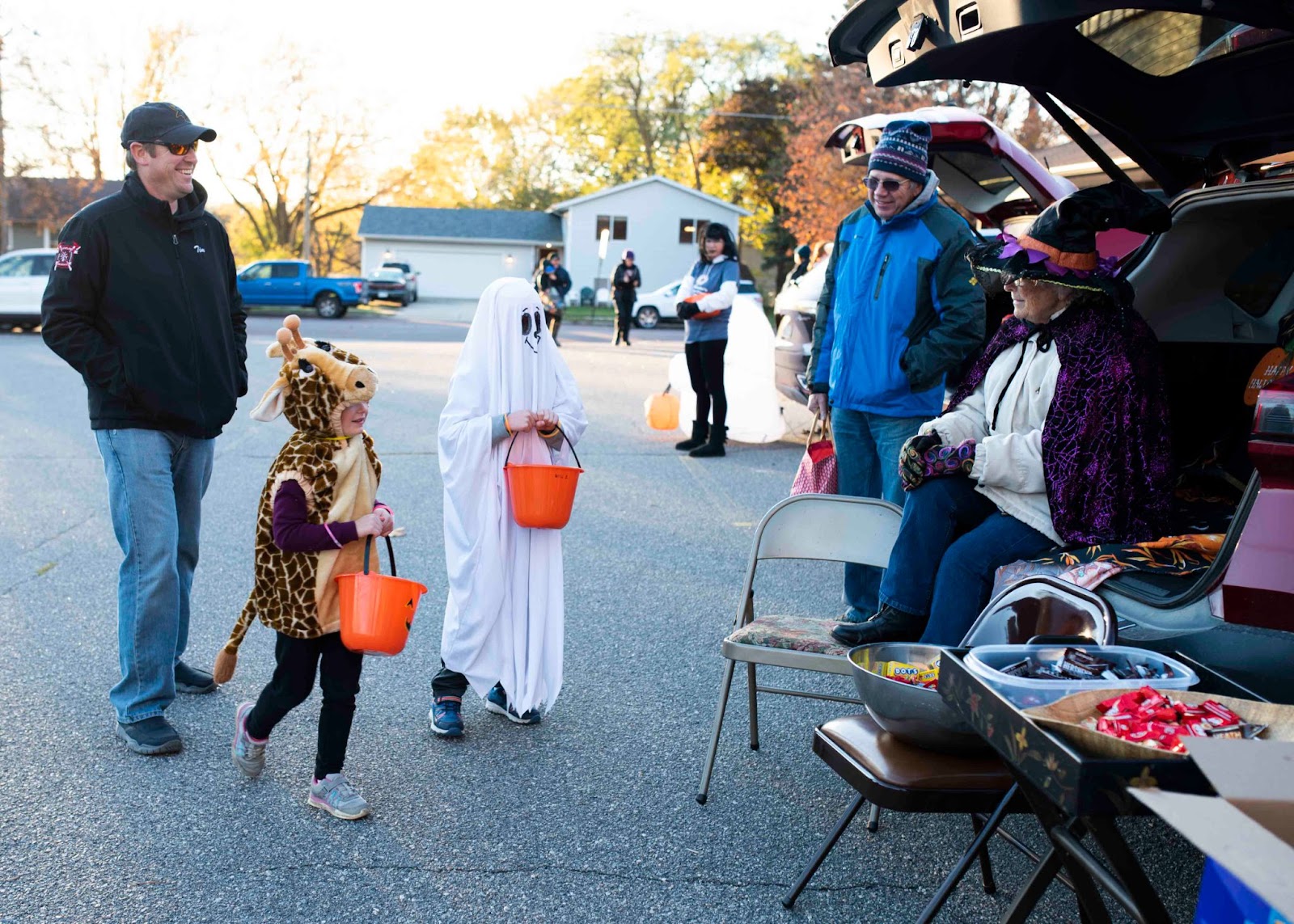 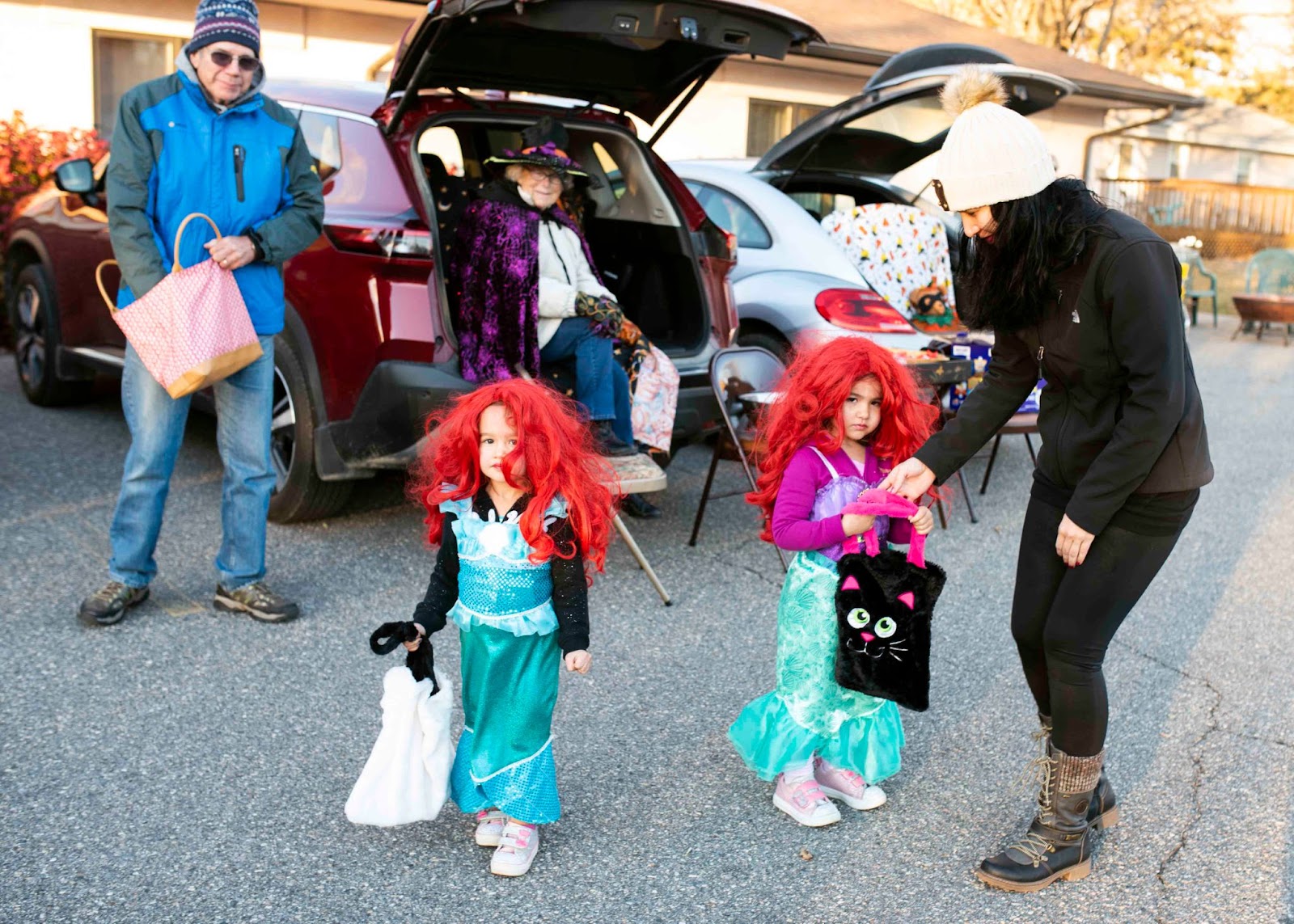 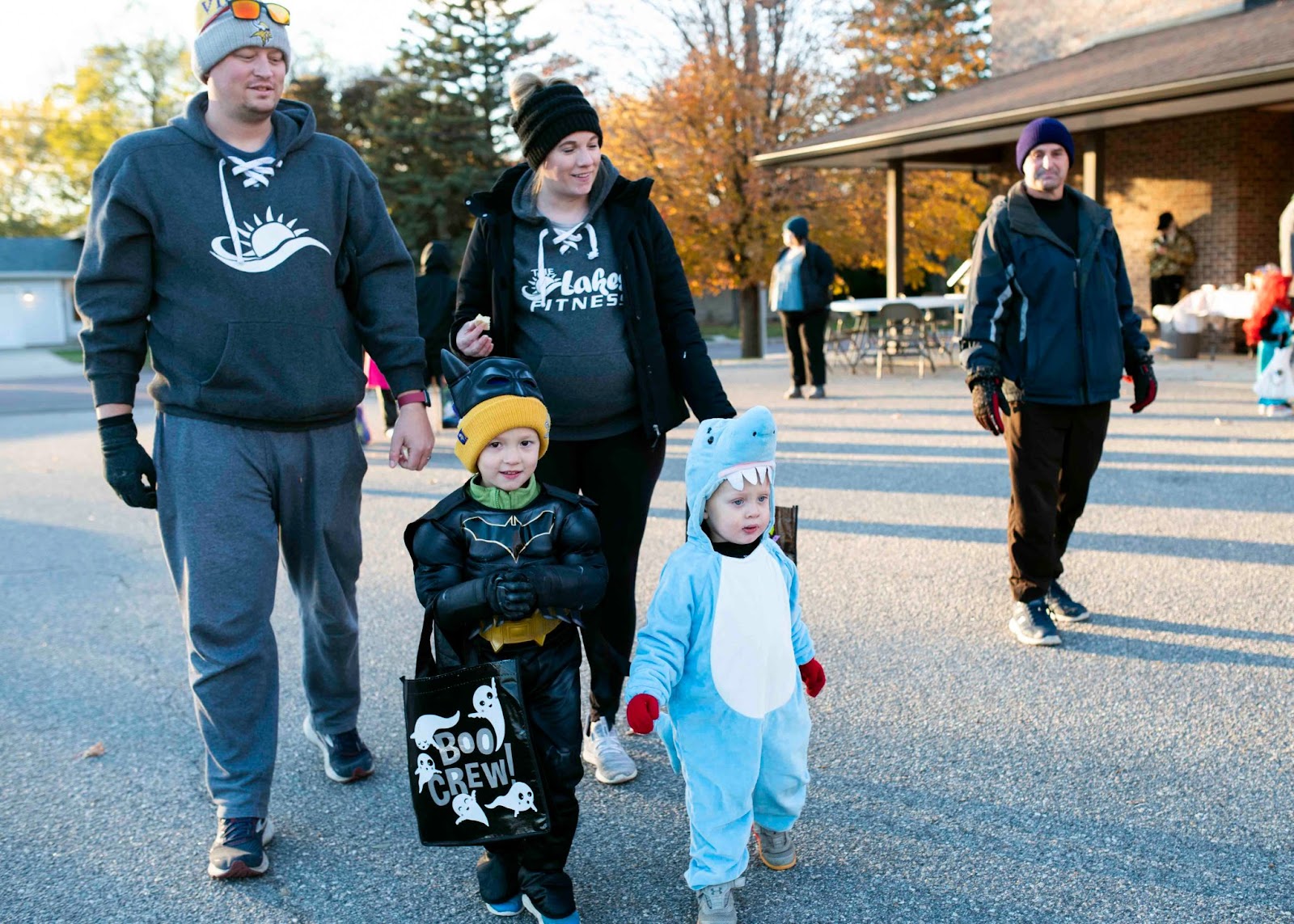 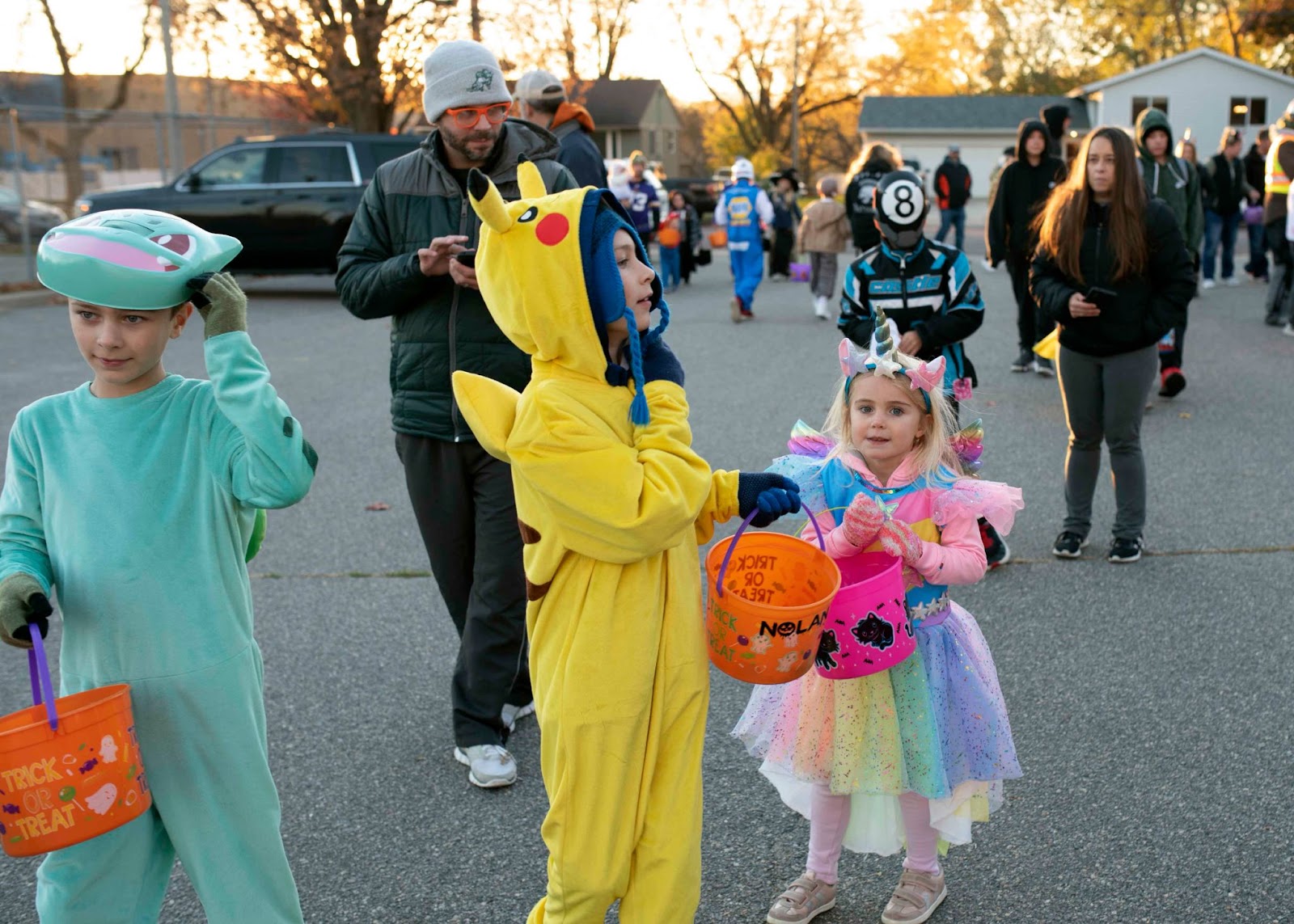 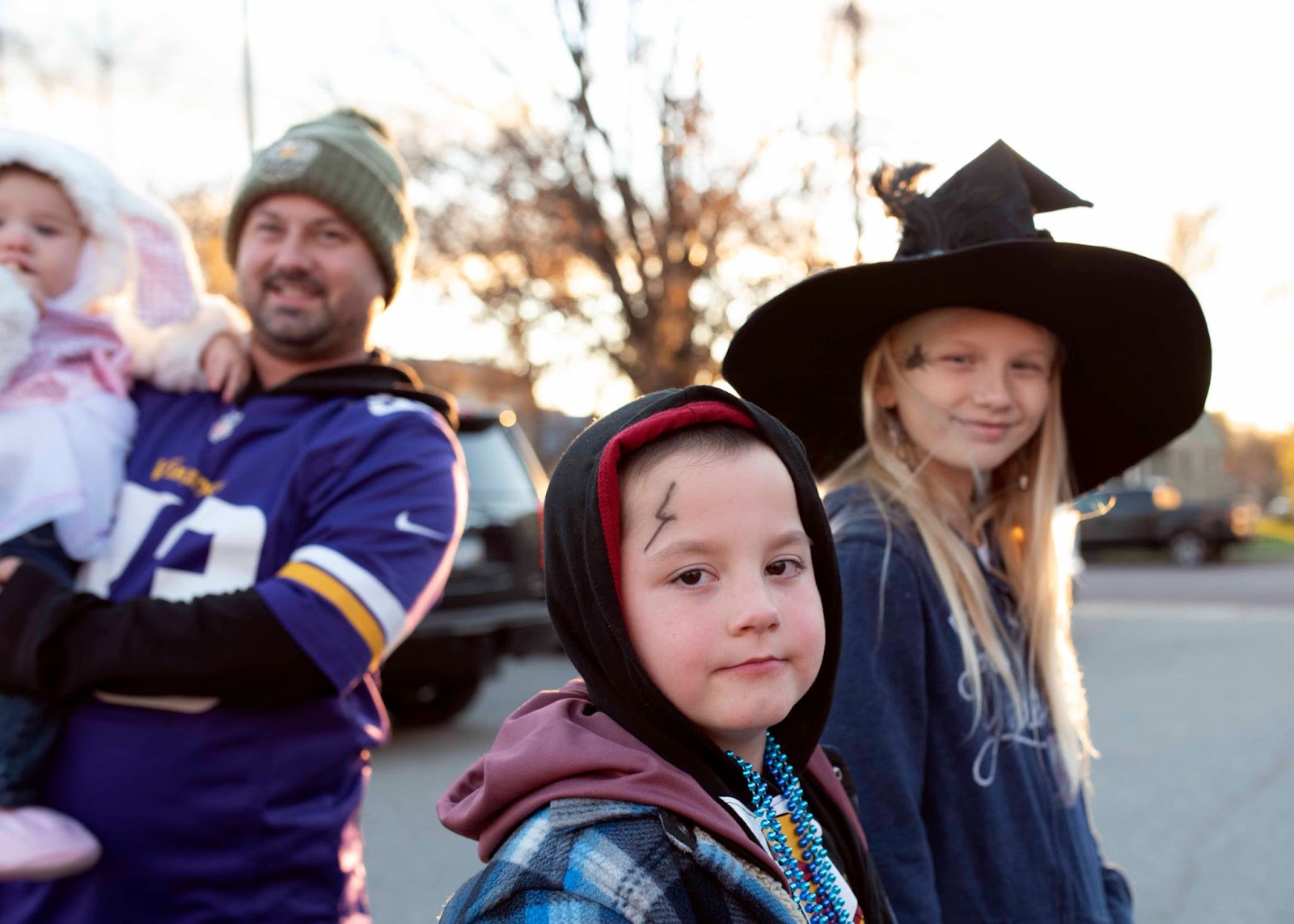 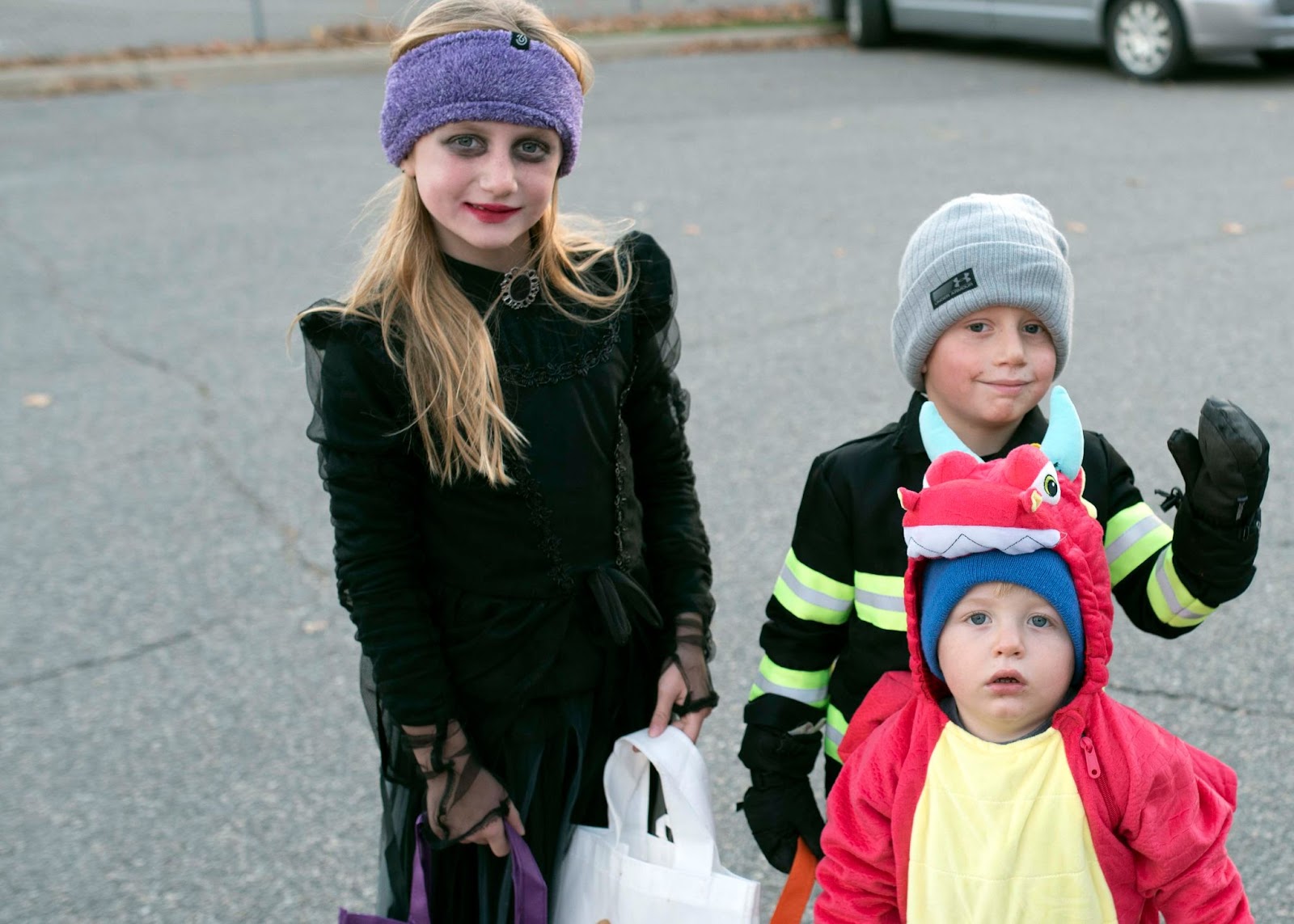 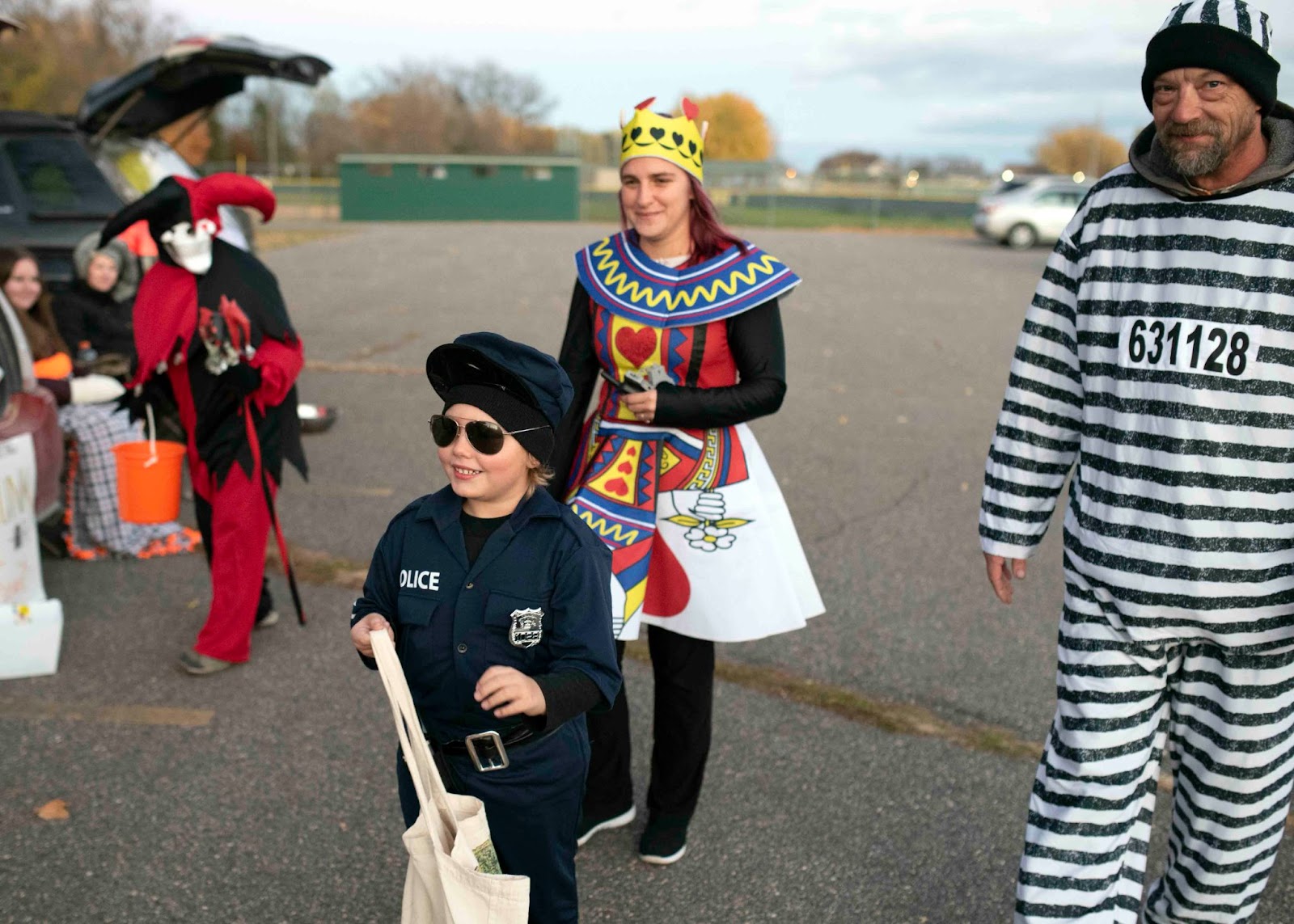 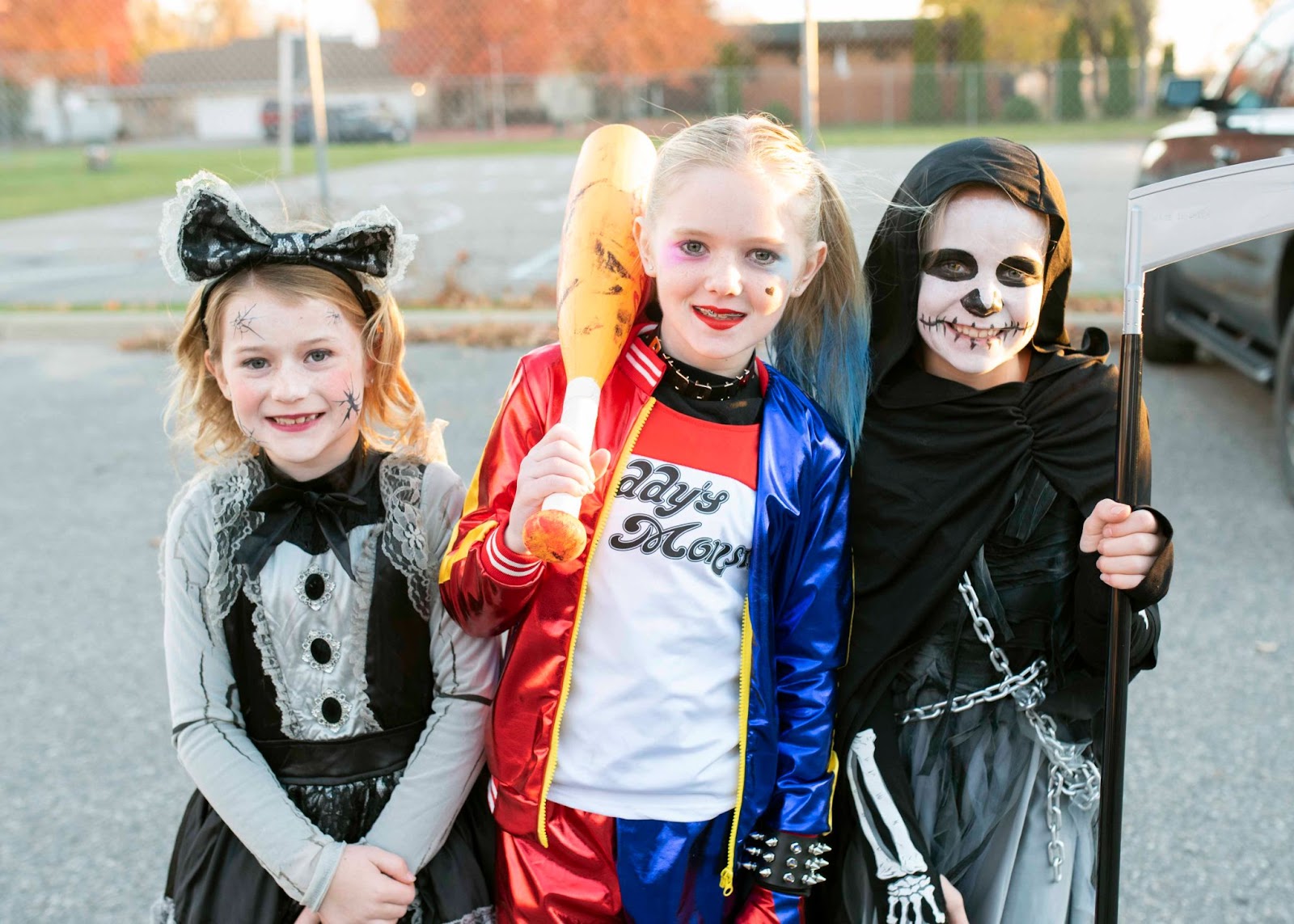 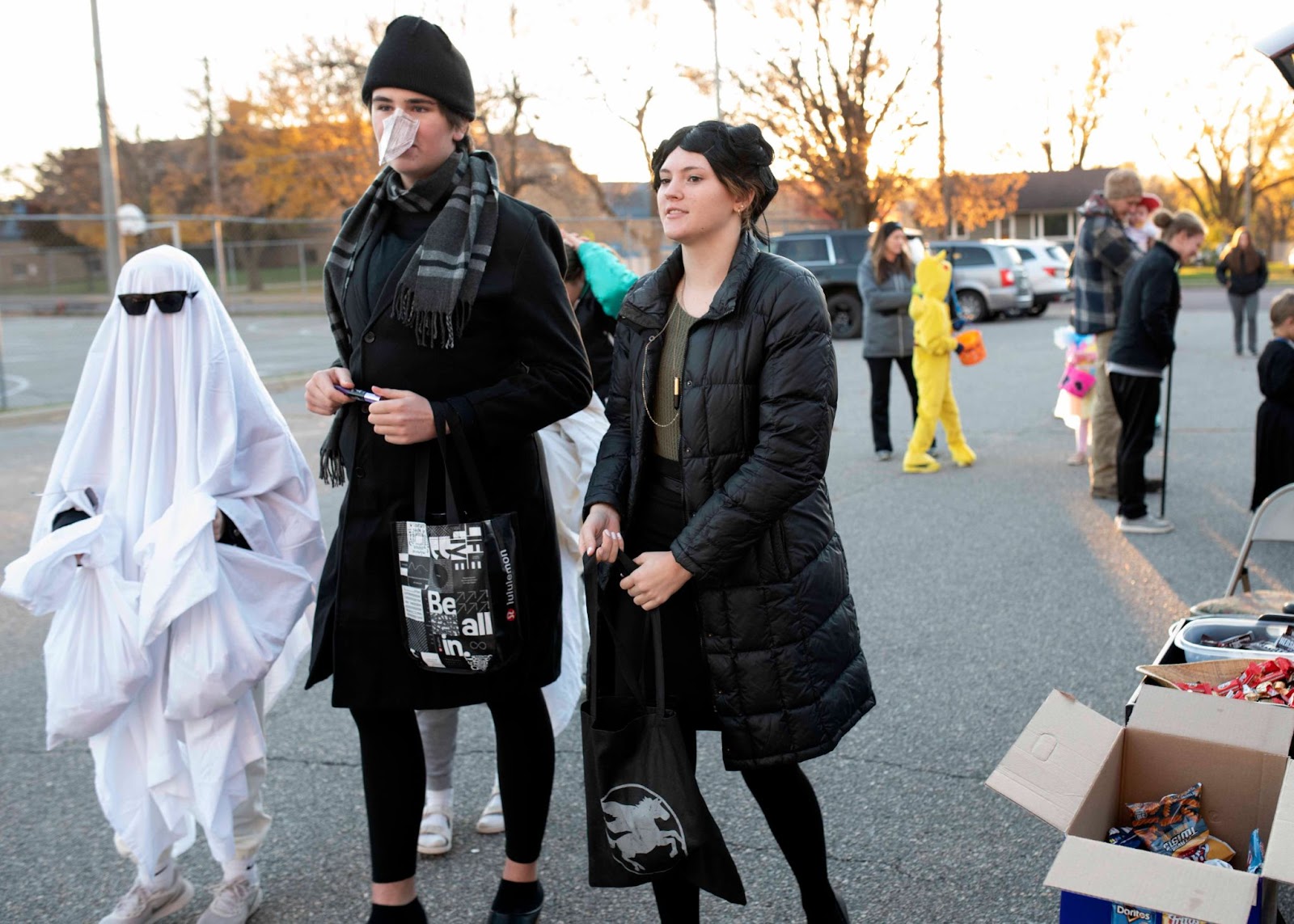 Carter Kern as Gru from “Despicable Me”