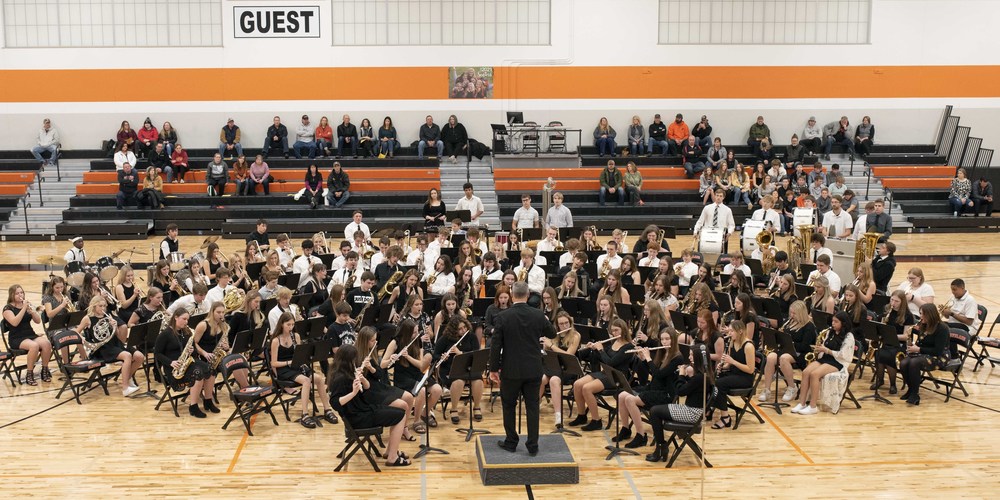 Above: The Senior High Concert Band

The new gym’s east-side bleachers were full, and the audience flowed into the seats on the west side.

Besides comfortably accompanying large crowd, Director Erik Hermanson said the acoustics in the gym were solid.

“You wouldn’t think a gym would be designed to have a concert in. Thank you so much to anybody who voted ‘yes.’ There isn’t a day that goes by that we aren’t grateful for the new band room and especially for performing here in a room that’s so fun.”

The younger group blasted off with “Space Raiders,” a piece that featured flashy brass melodies and woodwind countermelodies along with driving rhythmic patterns in the percussion to provide an "out-of-this-world" experience.

Herman said the tune was a perfect fit for Cleveland.

“It’s kind of what we’re all about because the composer not only writes music for bands like this, he played football for the Atlanta Falcons, so just like in Cleveland you can play everything and do everything and just be part of a great group.”

The younger band also performed “Air Force One,” “Do Wah Diddy Diddy” (“There she was just a-walkin' down the street…”) and closed with the march “Wolverine Trail.”

Meeting at different hours of the school day, the freshman and sophomores who are part of the Senior High Band had never played with the juniors and seniors before the concert.

“Thanks so much for coming here to our first ever rehearsal,” Hermanson told the audience.

The band opened with an arrangement of 2021 rap song “Industry Baby,” Next up was a mash of 80s band Toto’s hits “Rosanna” and “Africa.” From there it was back a decade with Boston’s “More than a Feeling” and then a trip to the 60s with The Spencer Davis Group’s “Gimmie Some Lovin’.”

From there, it was back to the 60s with “Na Na, Hey Hey, Kiss Him Goodbye,” a piece the band dedicated to the Clipper varsity volleyball team because it rolled over most of its opponents along the way to a subsection championship.

“It was super fun for the pep band to play for them, and we picked it up just because they were so dominant,” Hermanson said.

The band closed with Armed Forces on Parade, a medley of “Anchors Aweigh,” “The Caisson Song,” “The Marines' Hymn” and “The U.S. Air Force Song.”

Hermanson said that Clipper band fans “in the know” suggested the concert close with a march, but the patriotic piece, which the band also played during the Veterans Day program, was especially fitting.

“The Legion Post 207 gave us an incredible donation at Veterans Day this year, so we would like to play this one more time for them as a tribute to the armed services and the incredible service that people give to our country for us so that we have a room like this to play a concert.”

Next on deck for Cleveland band will be a pair of jazz gigs on December 2: first at the Mall of America at 11 am and then in the CHS commons at 7:00 pm.

In a new venture, the Jazz band will travel to Jordan High School on December 6 for a combined Jazz concert. 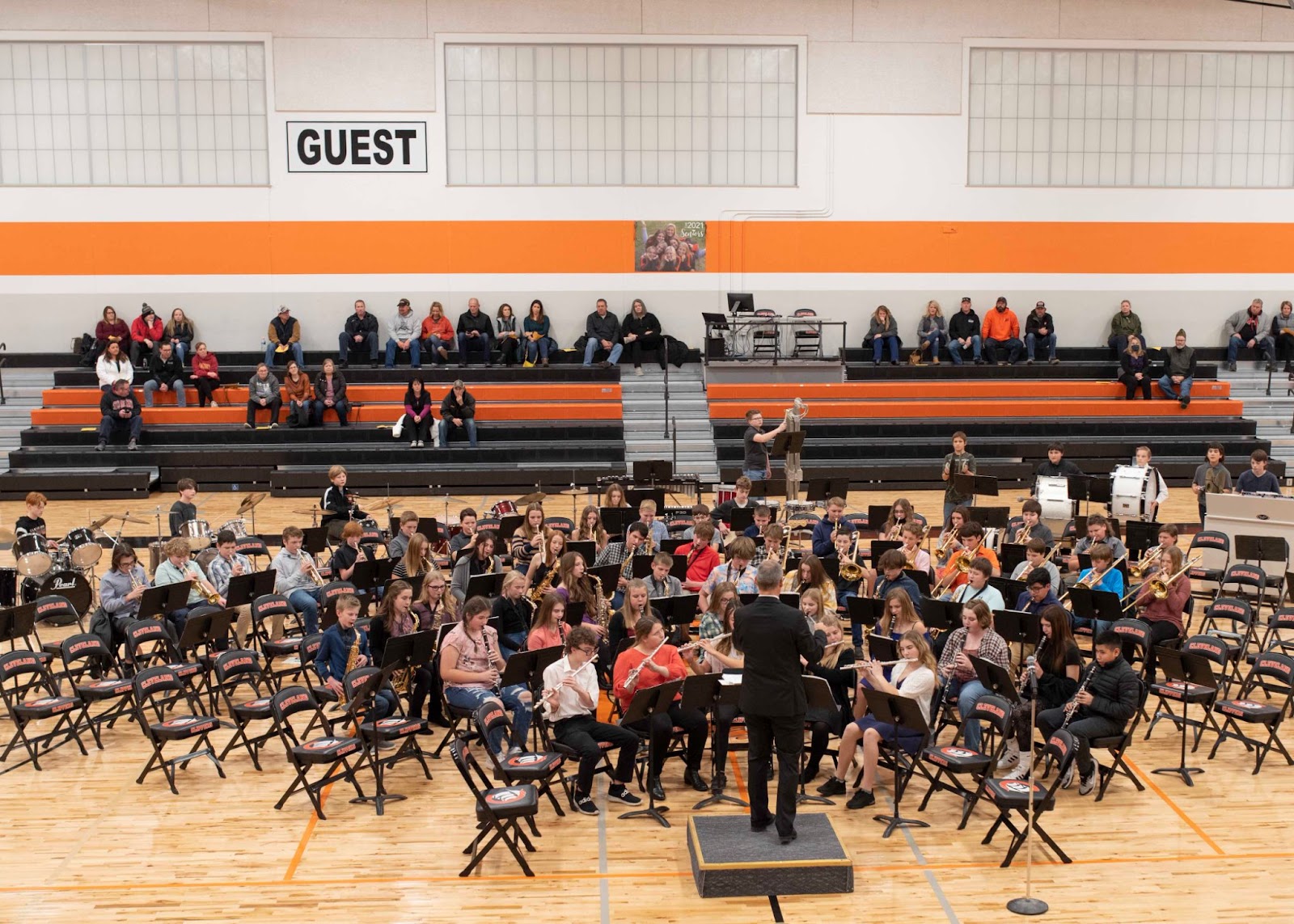 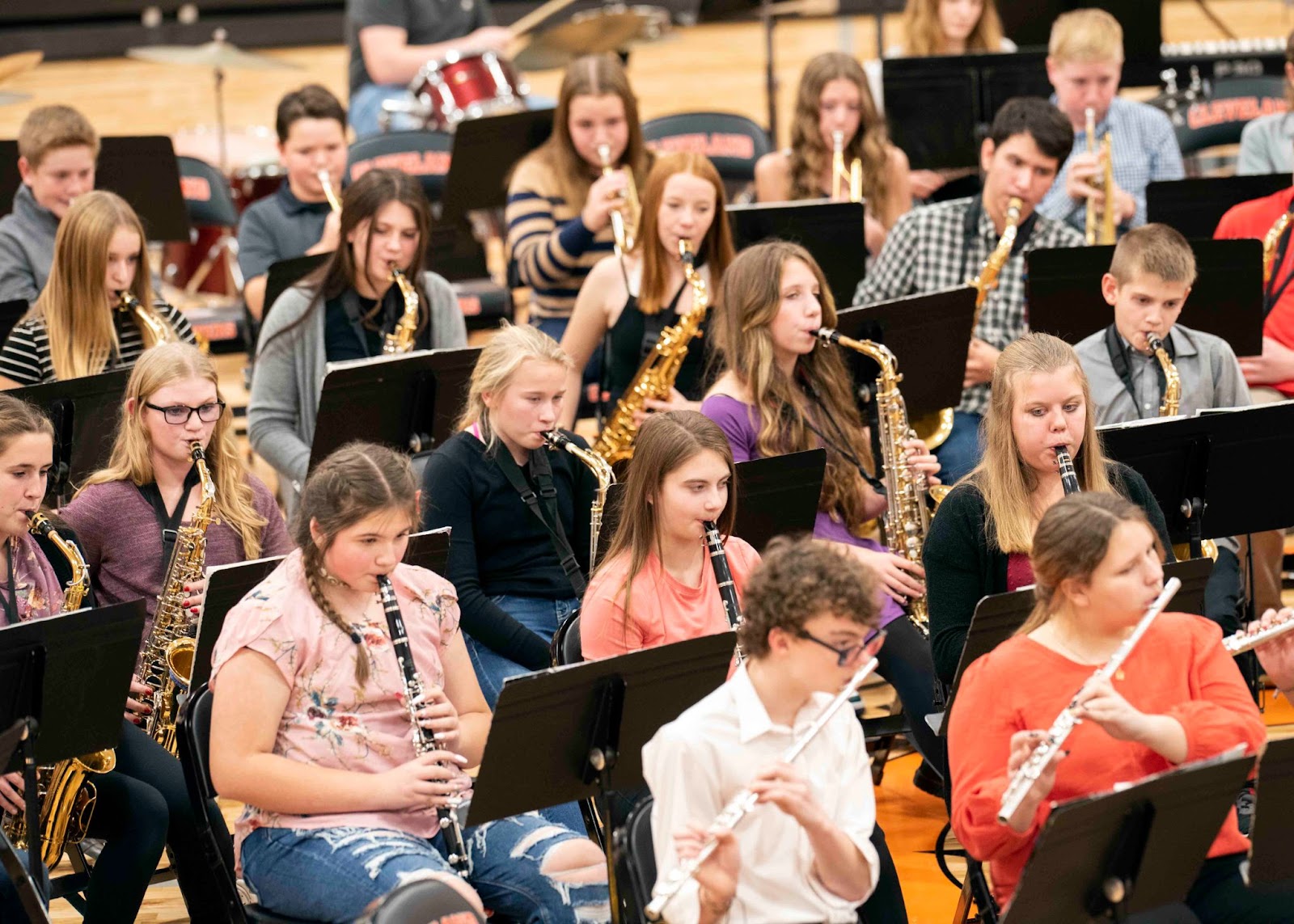 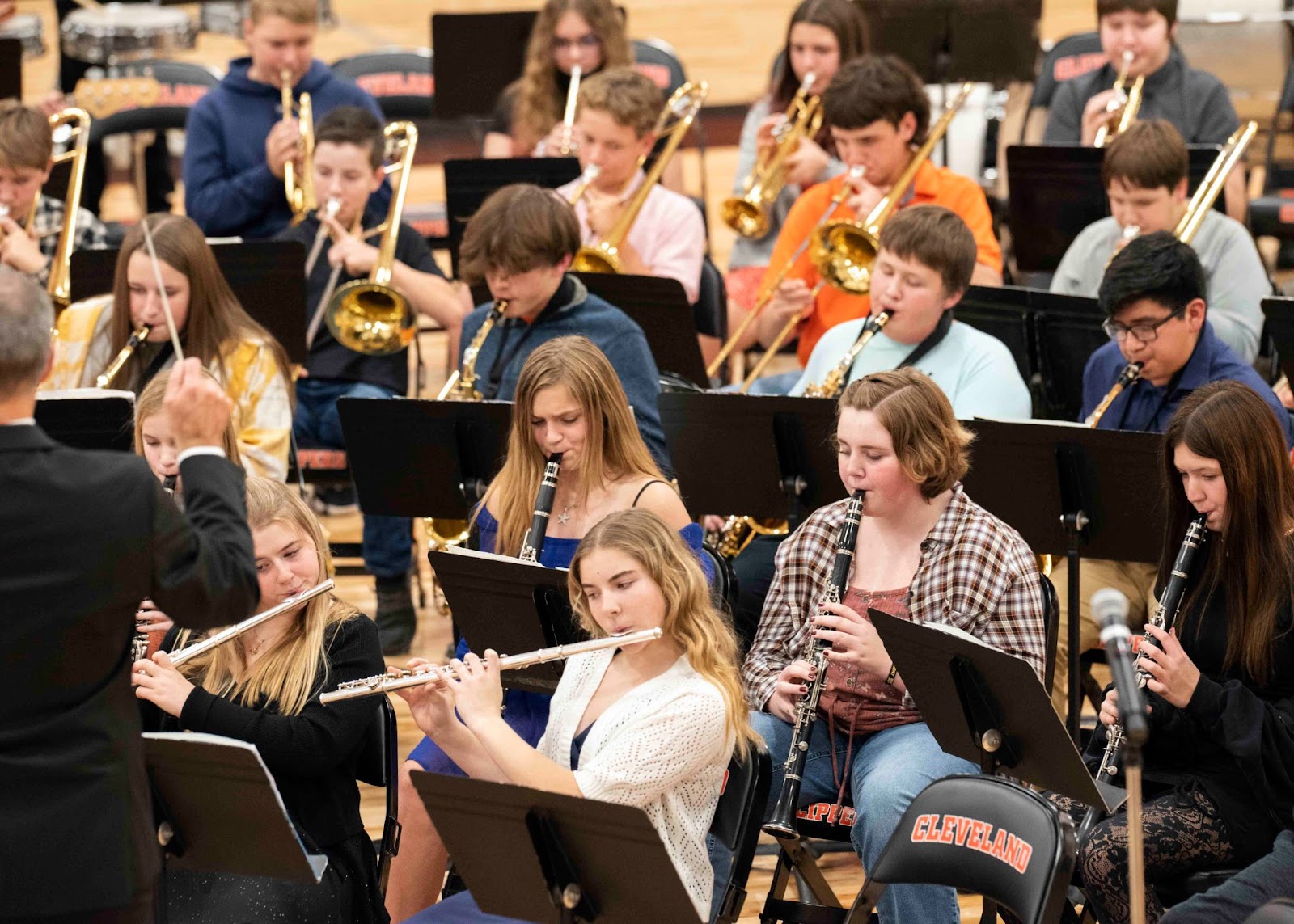 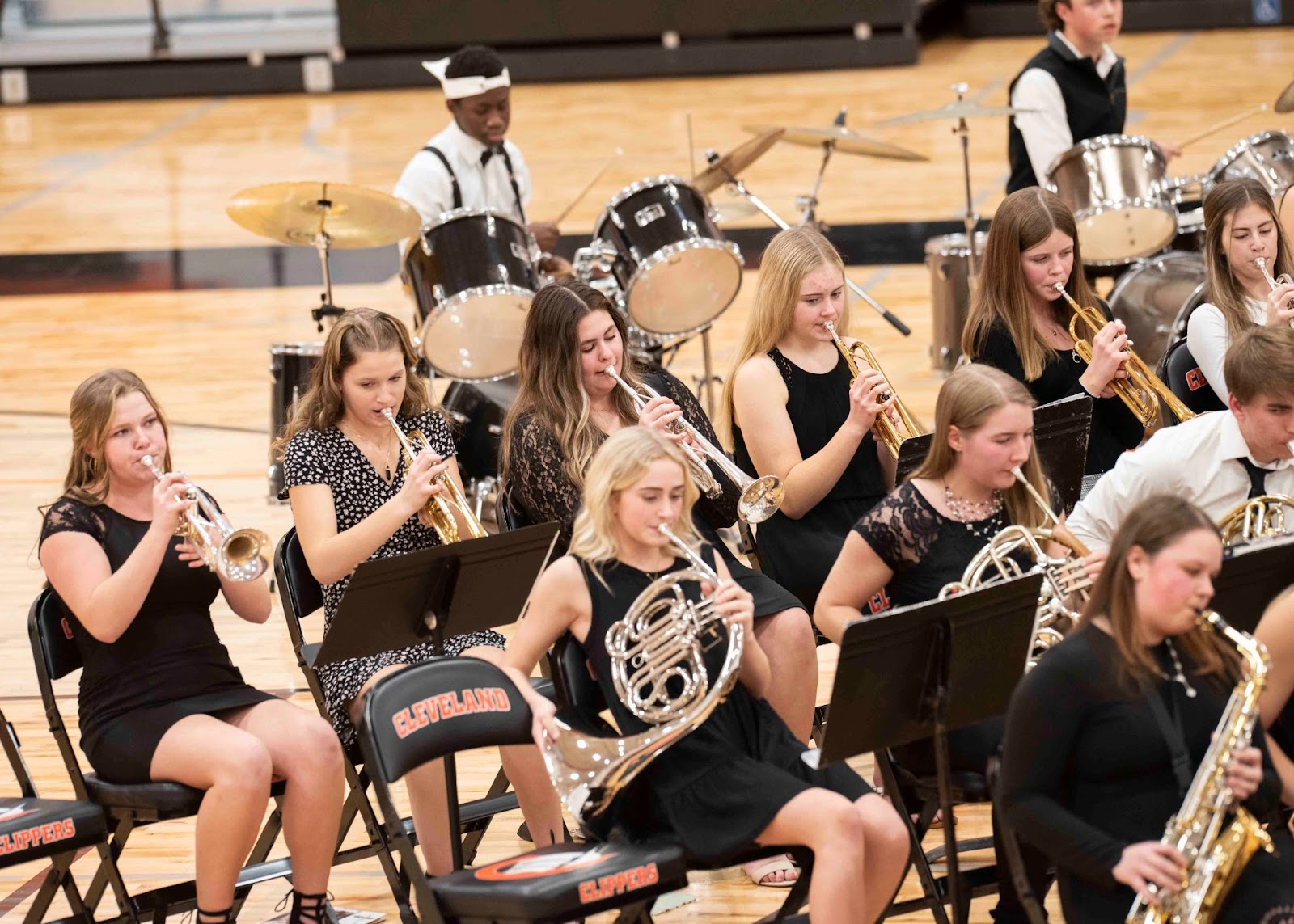 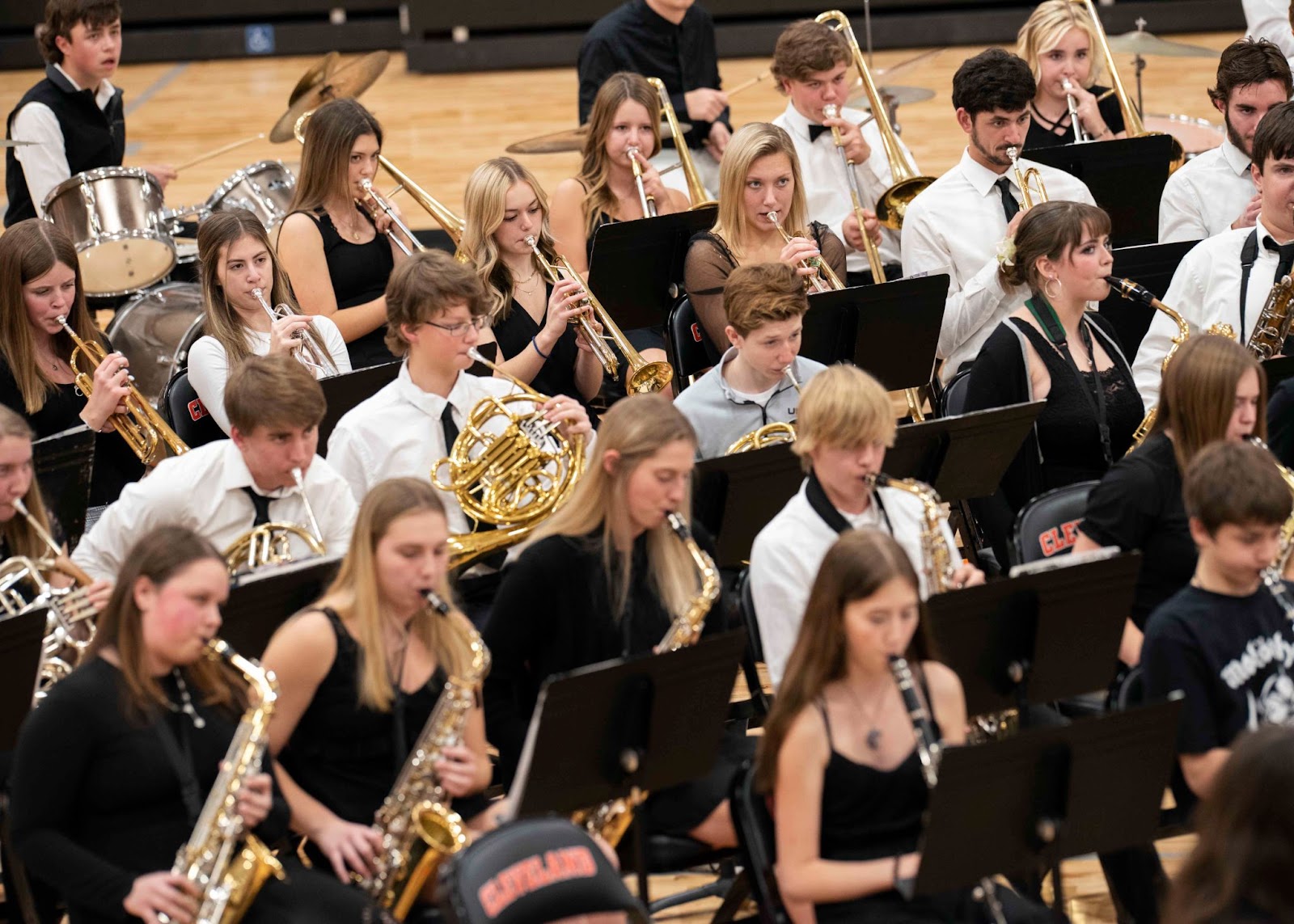 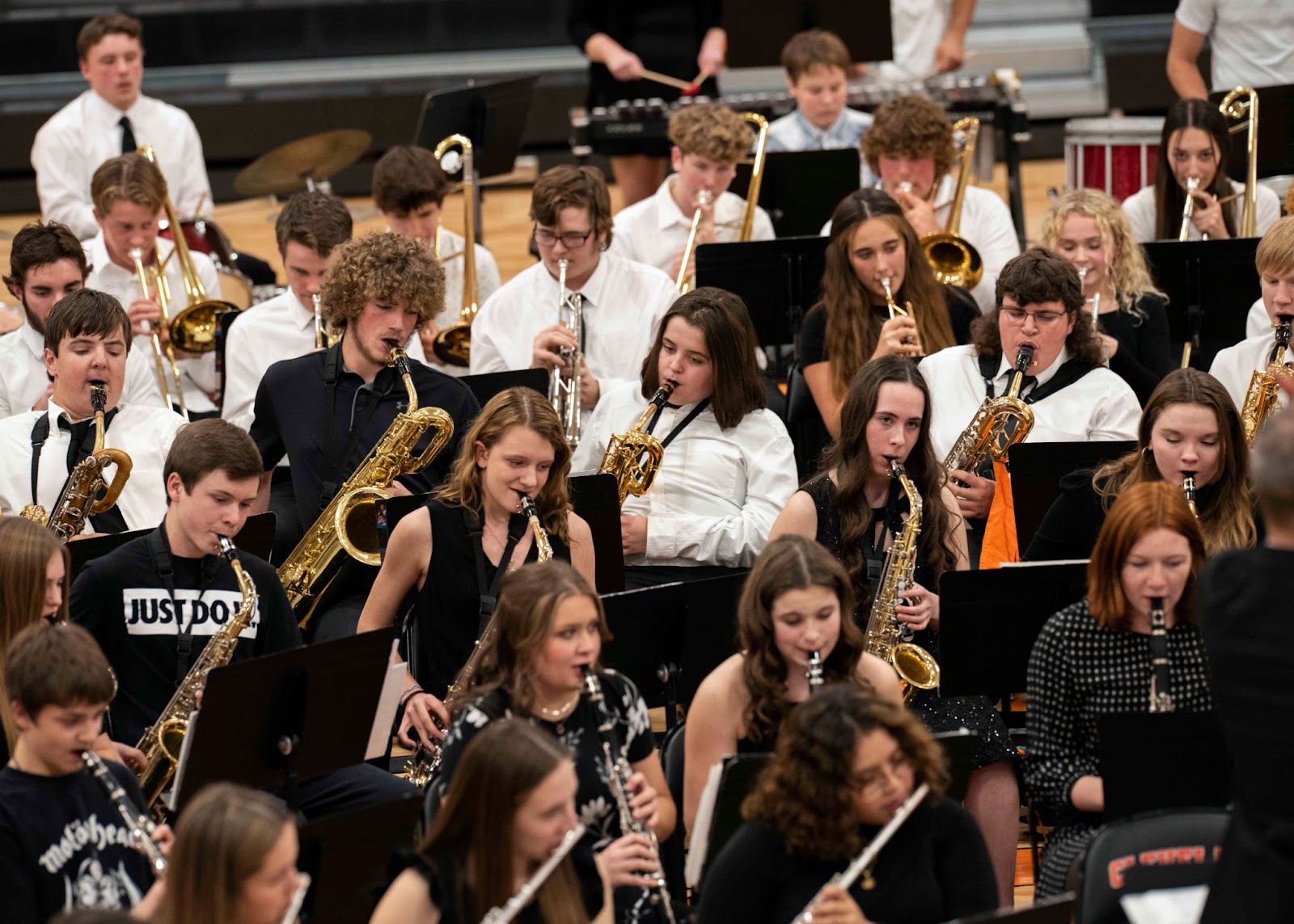 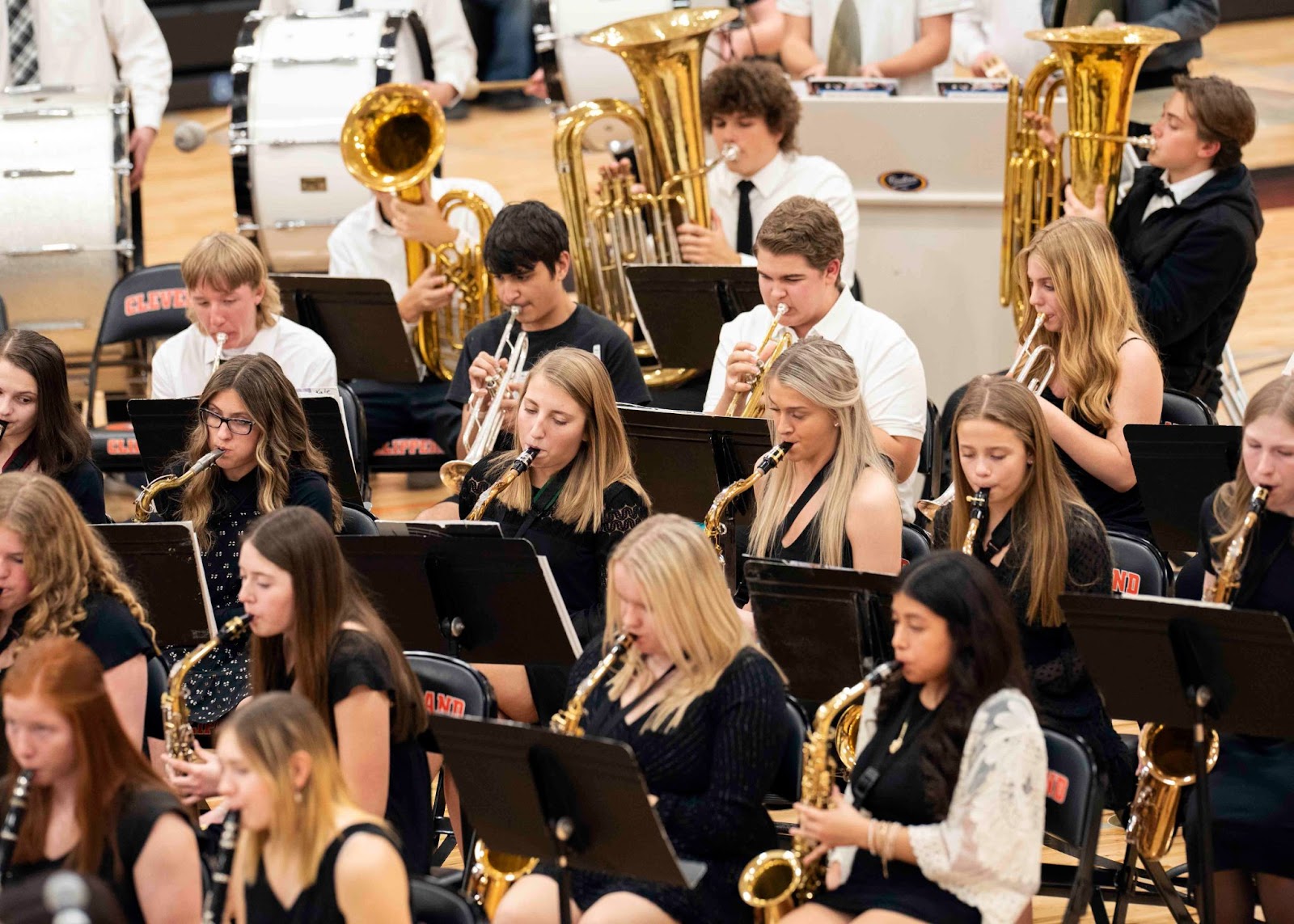 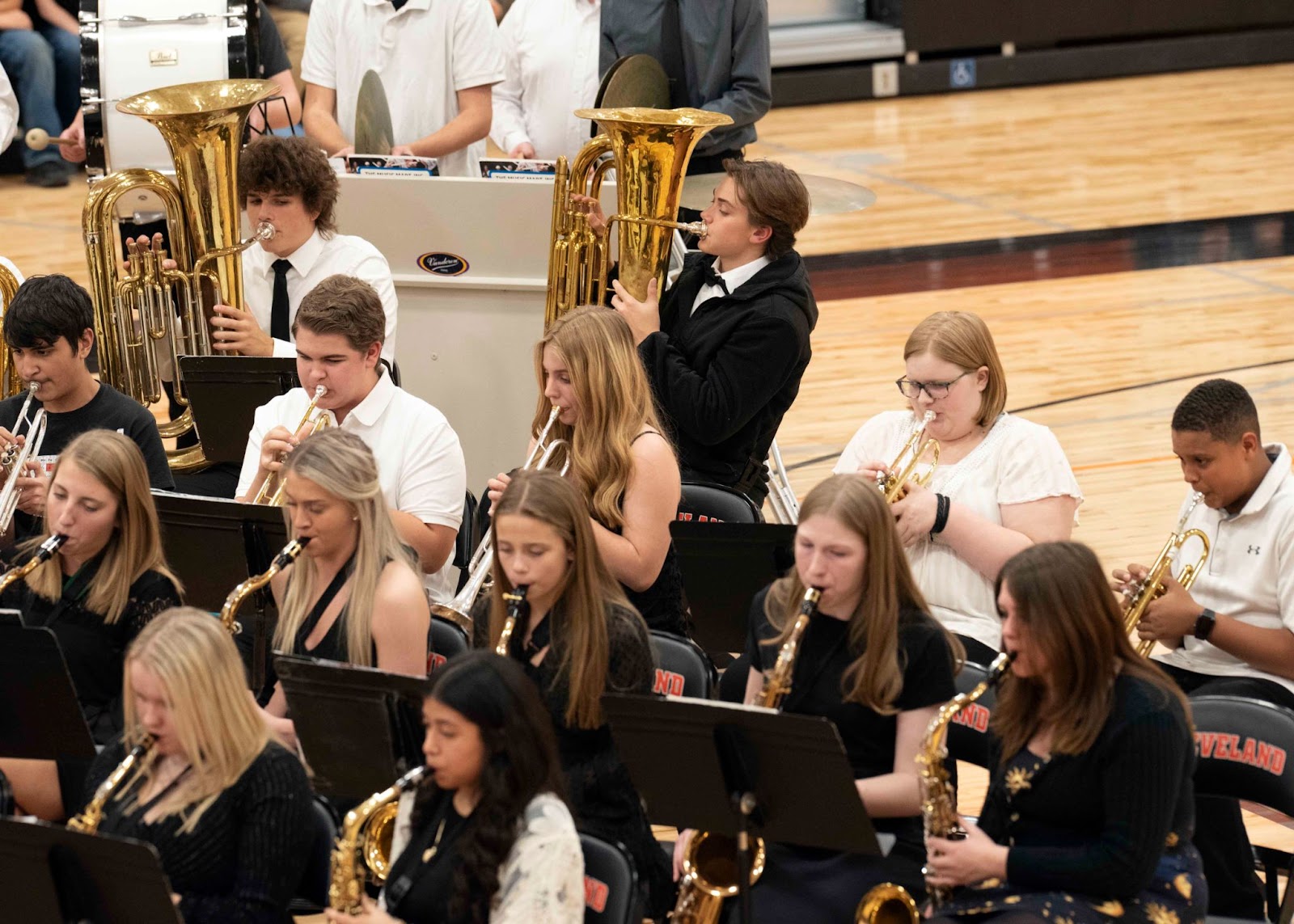