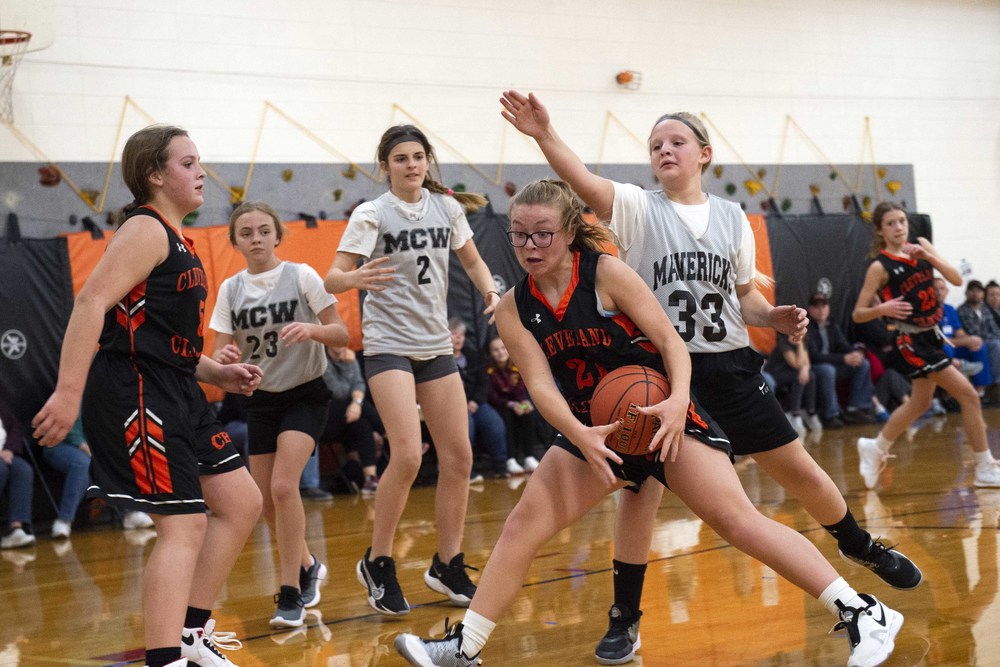 Above: Delaney Thompson makes a big move inside during the seventh-grade game. Beside her is Kaitlyn Flowers.

Delaney Thompson dropped in nine points, Keira Schipper broke away for eight points, and the Clipper seventh-grade girls opened their season with an easy 27-6 win over visiting Martin County West on Tuesday.

But taking advantage of their height, the Mustangs dominated under the rim for a 33-16 win over the Clipper eighth graders.

With a Mollie Bowman jumper, the Clippers were first on the board, but MCW drove inside for the next three scores before Makayla Janzen’s jump shot pulled the Clippers within a basket, 6-4.

While the Clippers had trouble setting up an offense after that, the Mustangs kept pounding the ball inside for the next 10 points and a 16-4 lead at the intermission.

In the second half, Samantha Baker drove the baseline for a basket, Bowman arced a three-pointer, and Olivia Reinhardt scored twice, both times after pulling down an offensive rebound, but the MCW kept the pressure on to cruise to the decisive triumph. 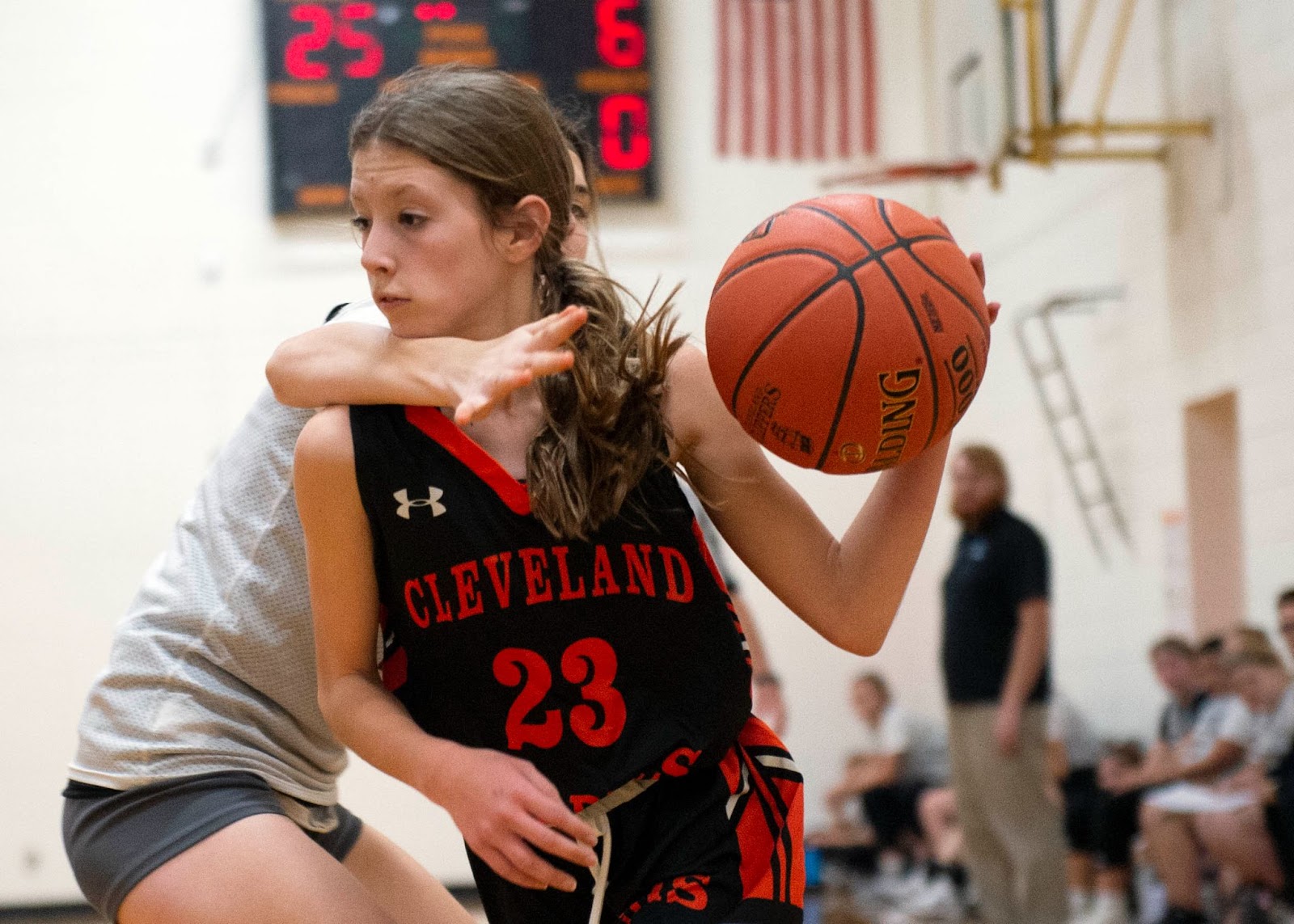 Seventh grader Taylor McCabe gets clotheslined as she drives inside. 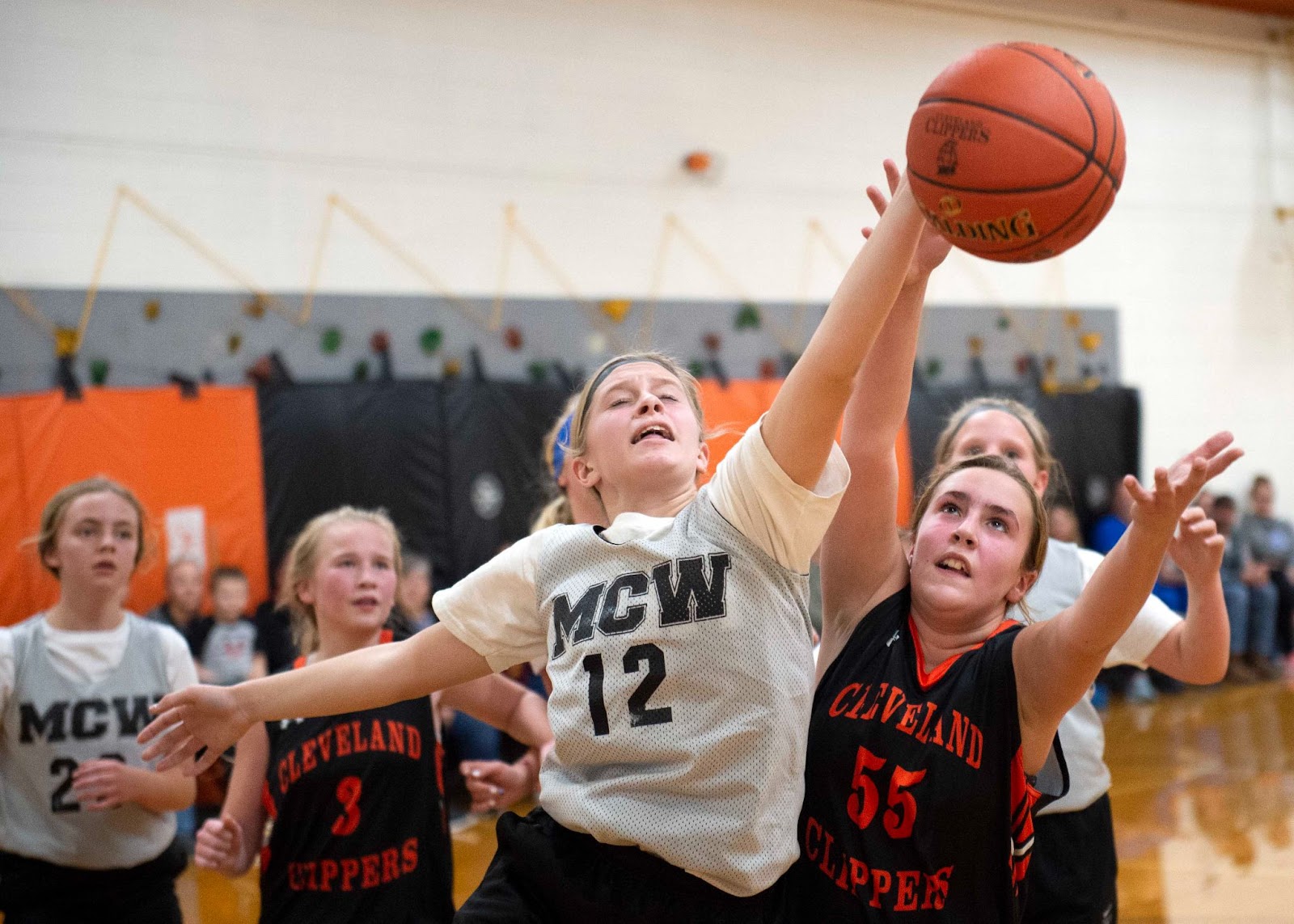 Seventh grader Taylor Wolf reaches up for a loose ball. 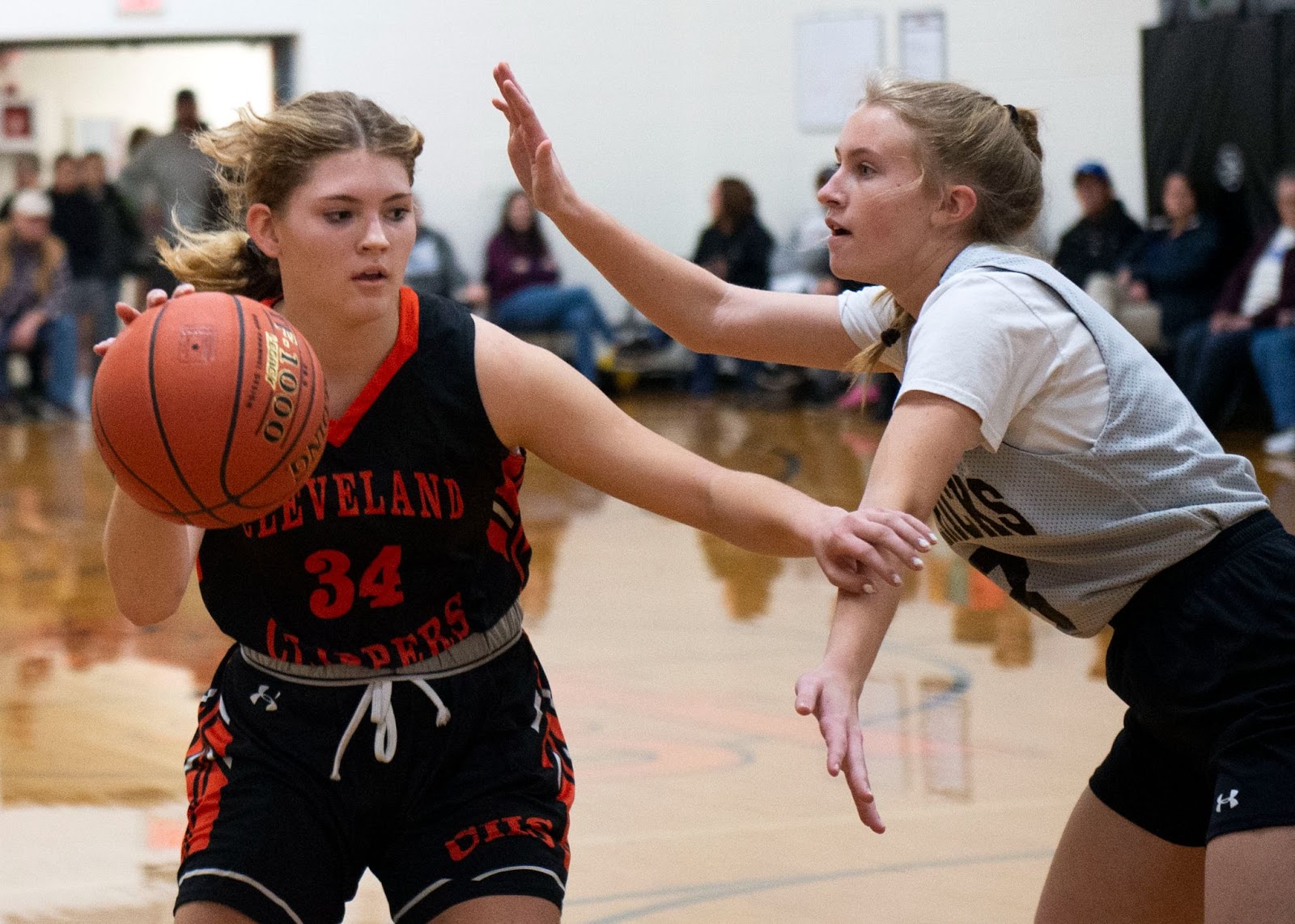 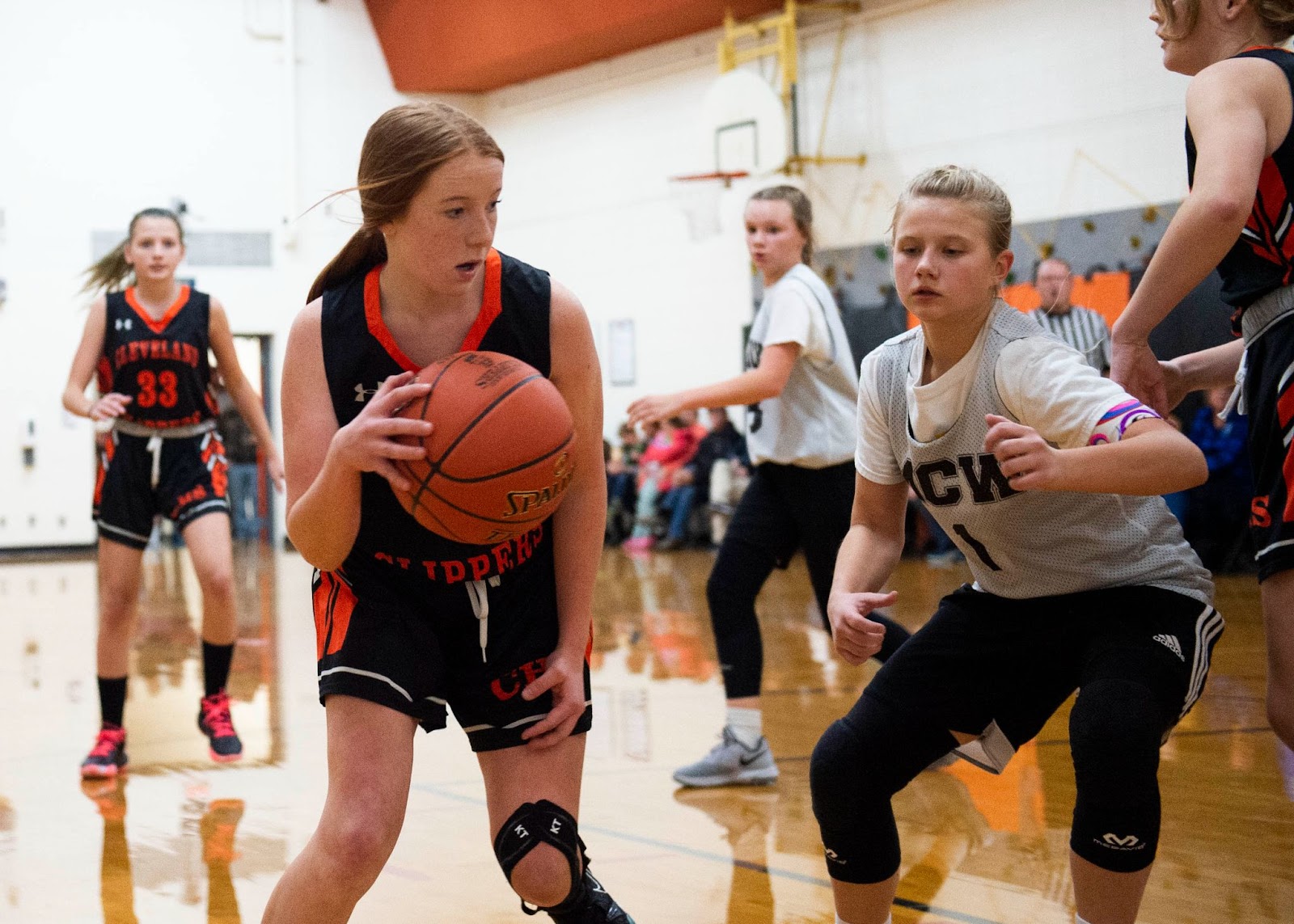 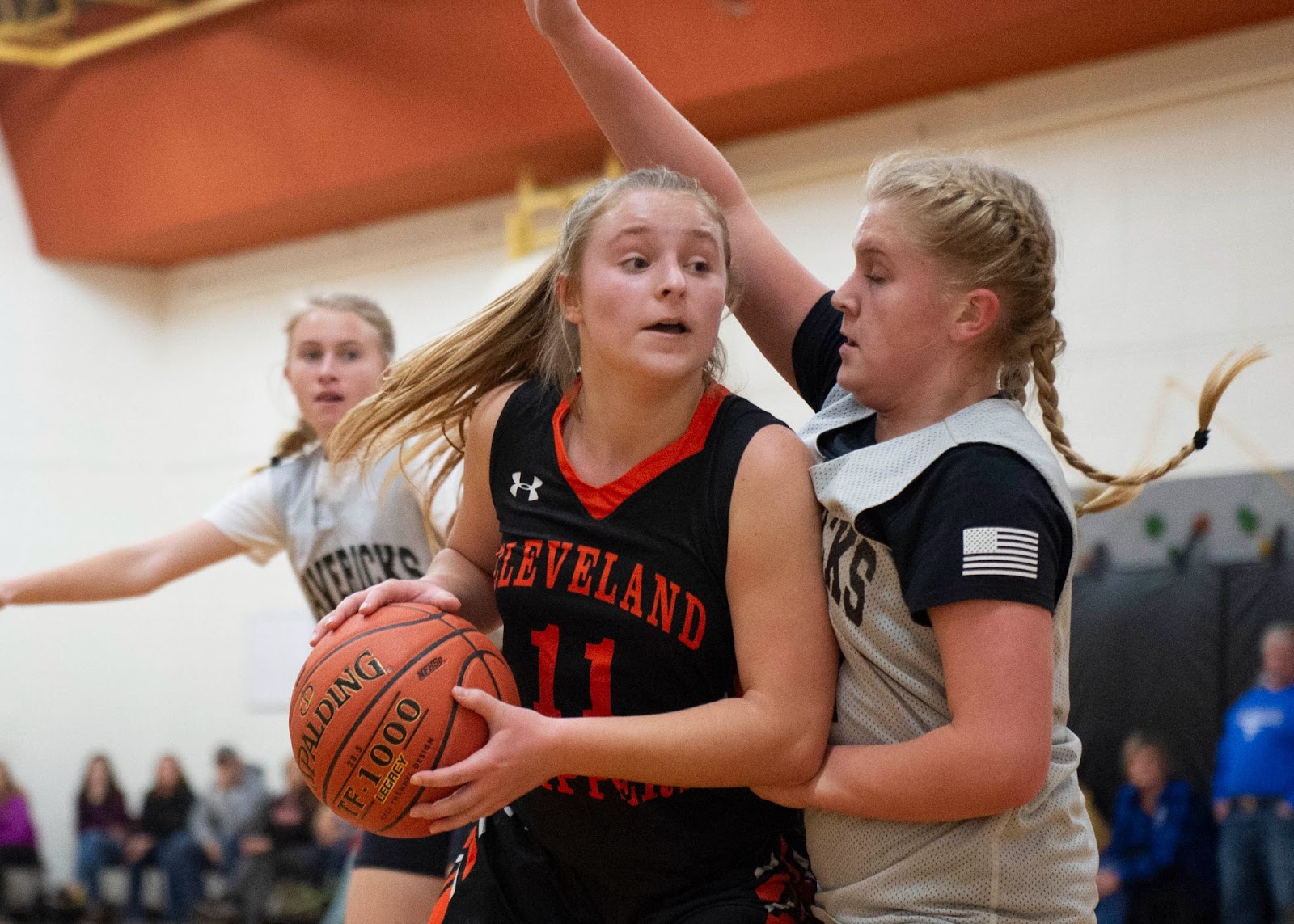 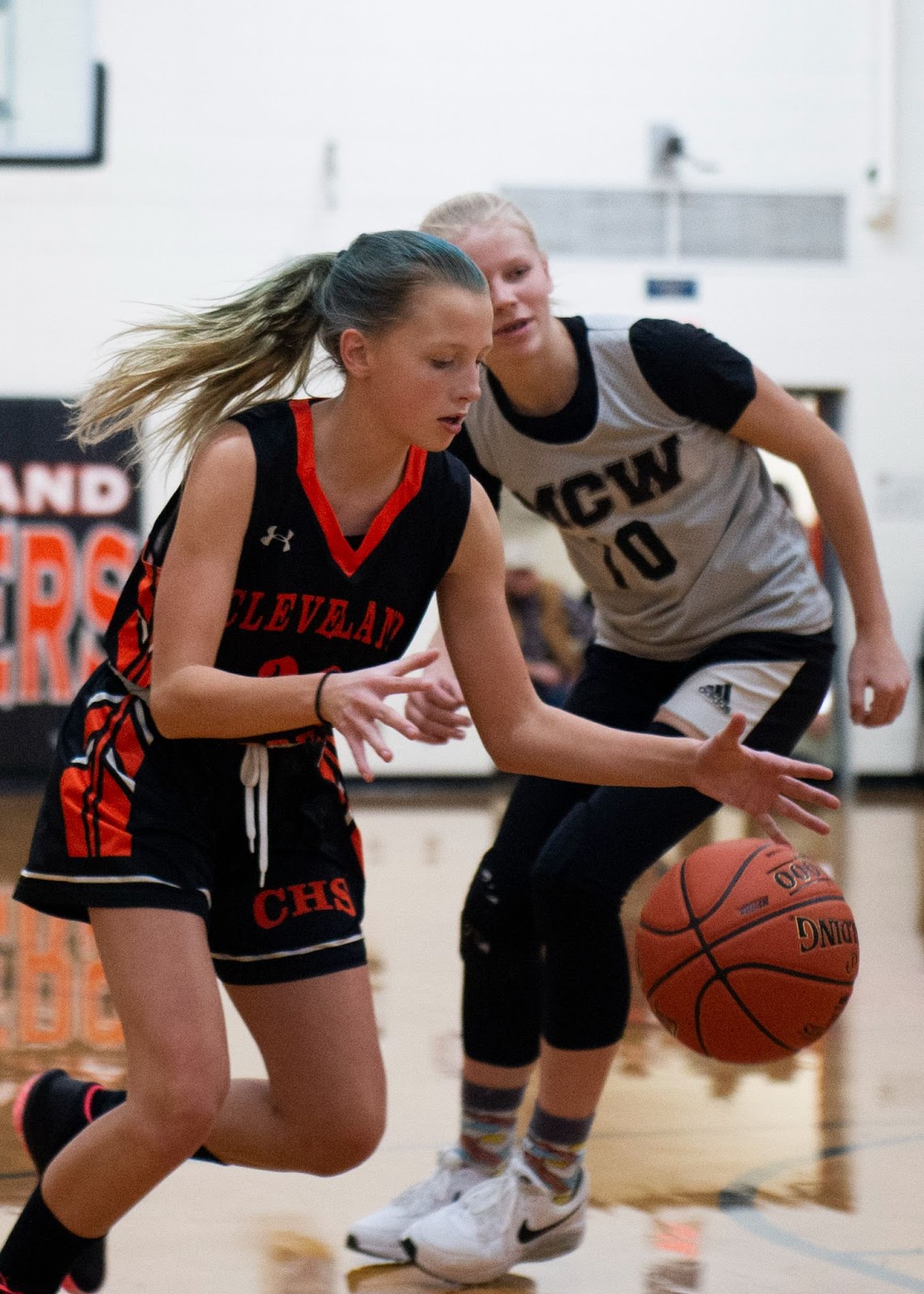 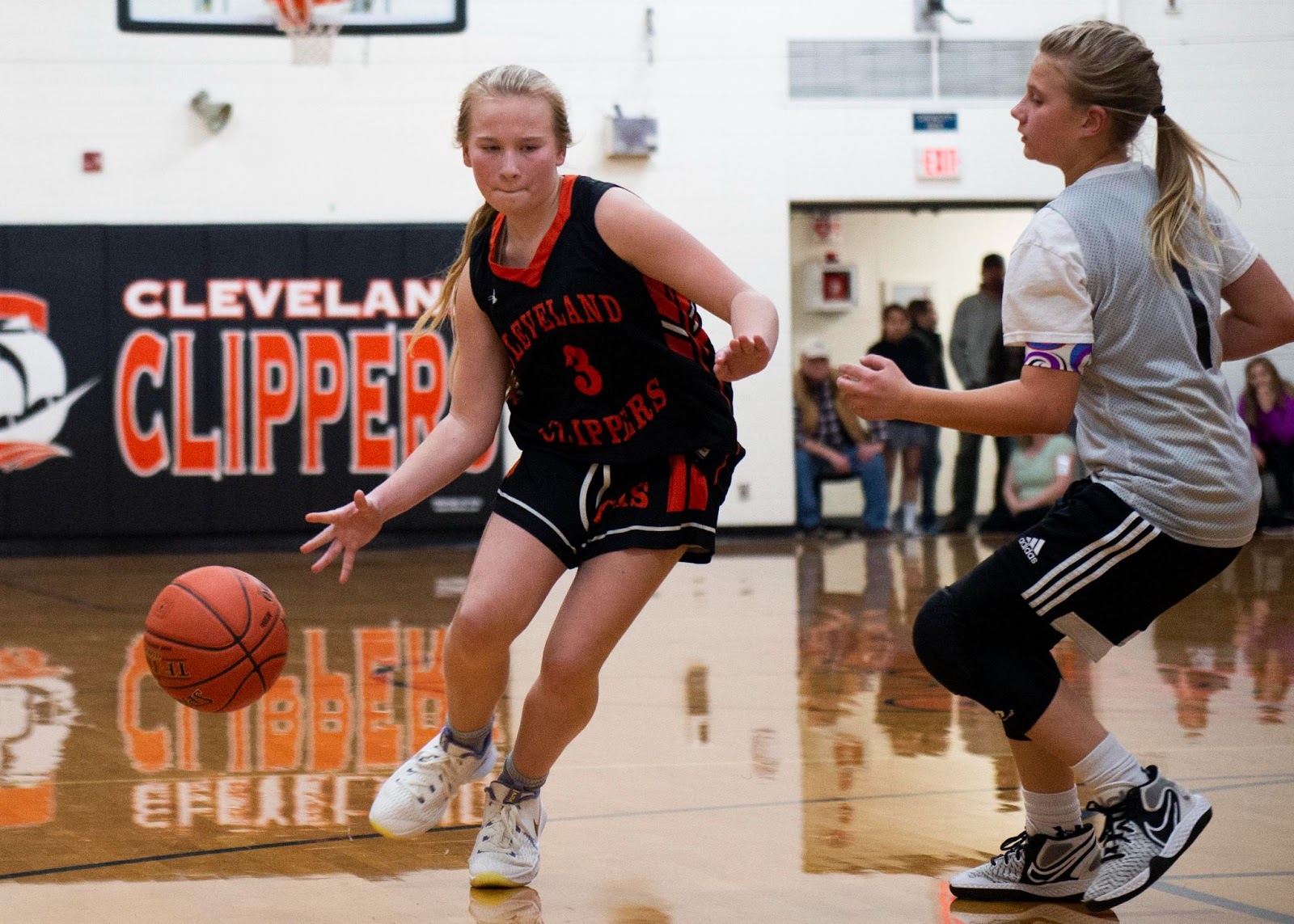 Seventh grader Haddie Jobe works the ball inside during the eighth-grade game. 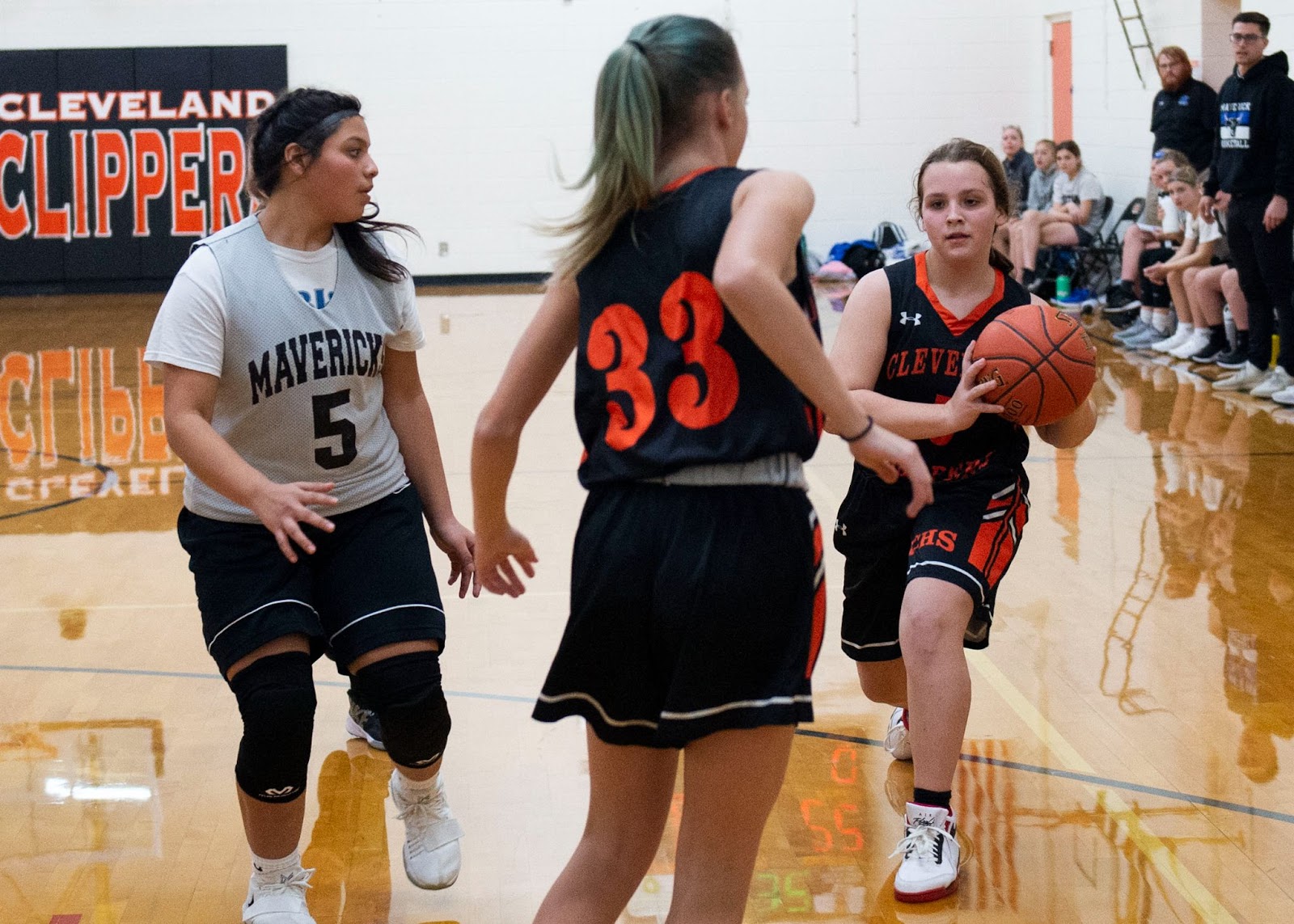 Seventh grader Kaitlyn Flowers sets up for a pass during the eighth-grade game.