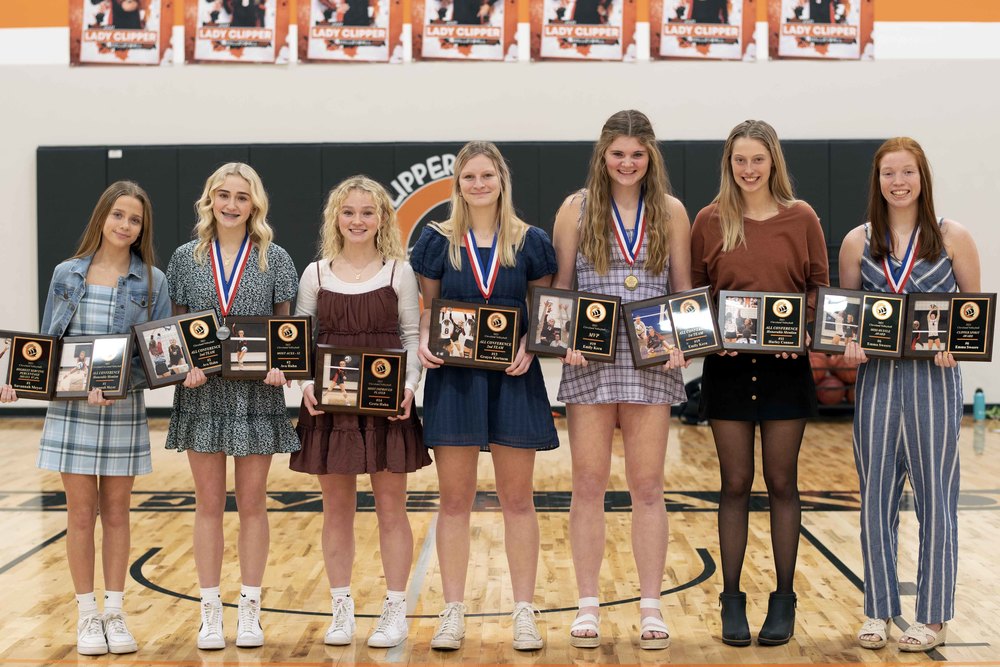 Putting a wraps on the most successful volleyball season ever, the Cleveland varsity girls held an awards banquet in the school commons on Tuesday.

Taking home the Most Valuable Player award as voted on by her teammates was senior middle hitter Emily Kern.

She totaled 355 kills, 214 digs, 94 blocks, 22 ace serves and 20 set assists on the season. For her effort, she was also chosen by the Conference coaches as a member of the All-Conference first team.

Junior libero Emma Sweere also made the All-Valley first team and was picked by the team for the Hustle Award.

“This girl has had a bloody chin. She ran into the bleachers a couple of times, but she hustles,” Meyer said.

Sweere finished the season with 478 digs. In her career, she has 970 digs.

Sweere and Taylin Gosch were tied in voting to earn Clipper Spirit award for “giving their all and supporting the team no matter what,” Meyer said.

Sophomore Greta Hahn and her freshman sister Ava Hahn each tied among player votes for the Most Improved Player. It was the first year on varsity for both.

Ava had 183 kills, 18 blocks, 109 digs, and 52 service aces, the most for the Clippers this year. She also made the All-Conference second team.

“I saw a huge improvement in both of these girls,” Meyer said.

Senior hitter Grayce Kortuem also made the All-Conference second team. She had 151 kills, 55 blocks and 39 digs.

Meyer scooped 171 digs and had 21 service aces. Only missing eight of 313 serve attempts, she had the Clippers’ highest serving percentage.

As a senior with a GPA over 3.5 during the season, Klingel, Jindra, Kern and Kortuem earned Academic All-Conference awards. Jindra also earned an Academic All-State award for a GPA of over 3.8.

Besides earning a section runner-up trophy, the Clippers broke a MSHSL record for most digs by a team in a match: 102 against JWP.

“If it were not for the leadership of these girls, we would not have made it to the section playoff. They had to put the drama aside and focus on our main goal, and that was to play Mayer-Lutheran.”

Besides working to up their own games, Meyer said the quartet did a great job mentoring their teammates.

Meyer said the Clippers season did not start on August 16; it started June 7.

“The girls wanted to be in the gym as soon as possible and start practice. They were excited for summer tournaments, which we did not have in 2020 because of COVID. Preseason, off-season, they put on the extra hours. Some of them play volleyball all year round and attend camps and conditioning classes and still participate in other sports.”

As part of the off-season effort, Meyer recognized two JO coaches: Kali Gosch and Stacy Hahn, both parents of Clippers.

Next year’s captains are Sweere and Connor. 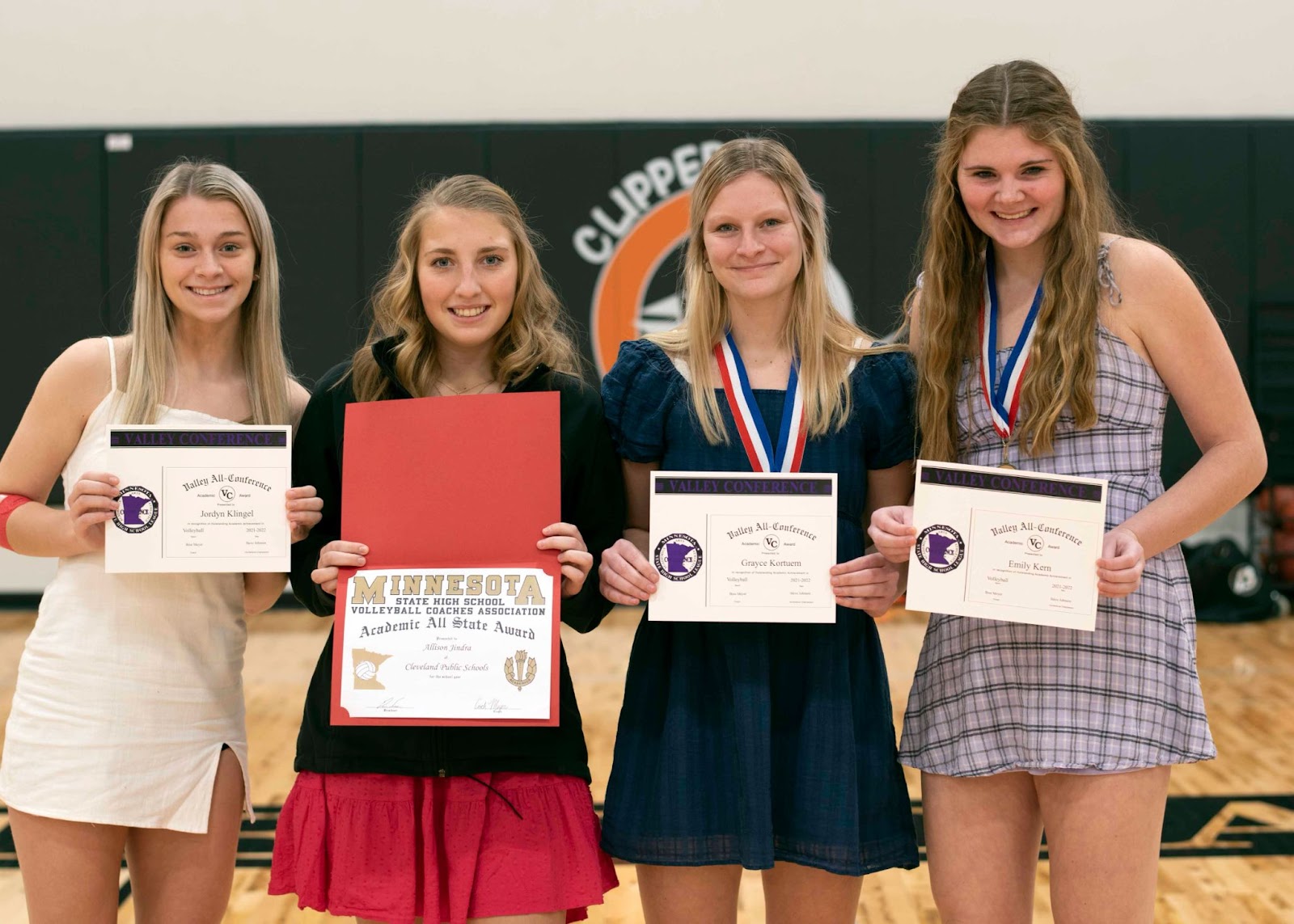 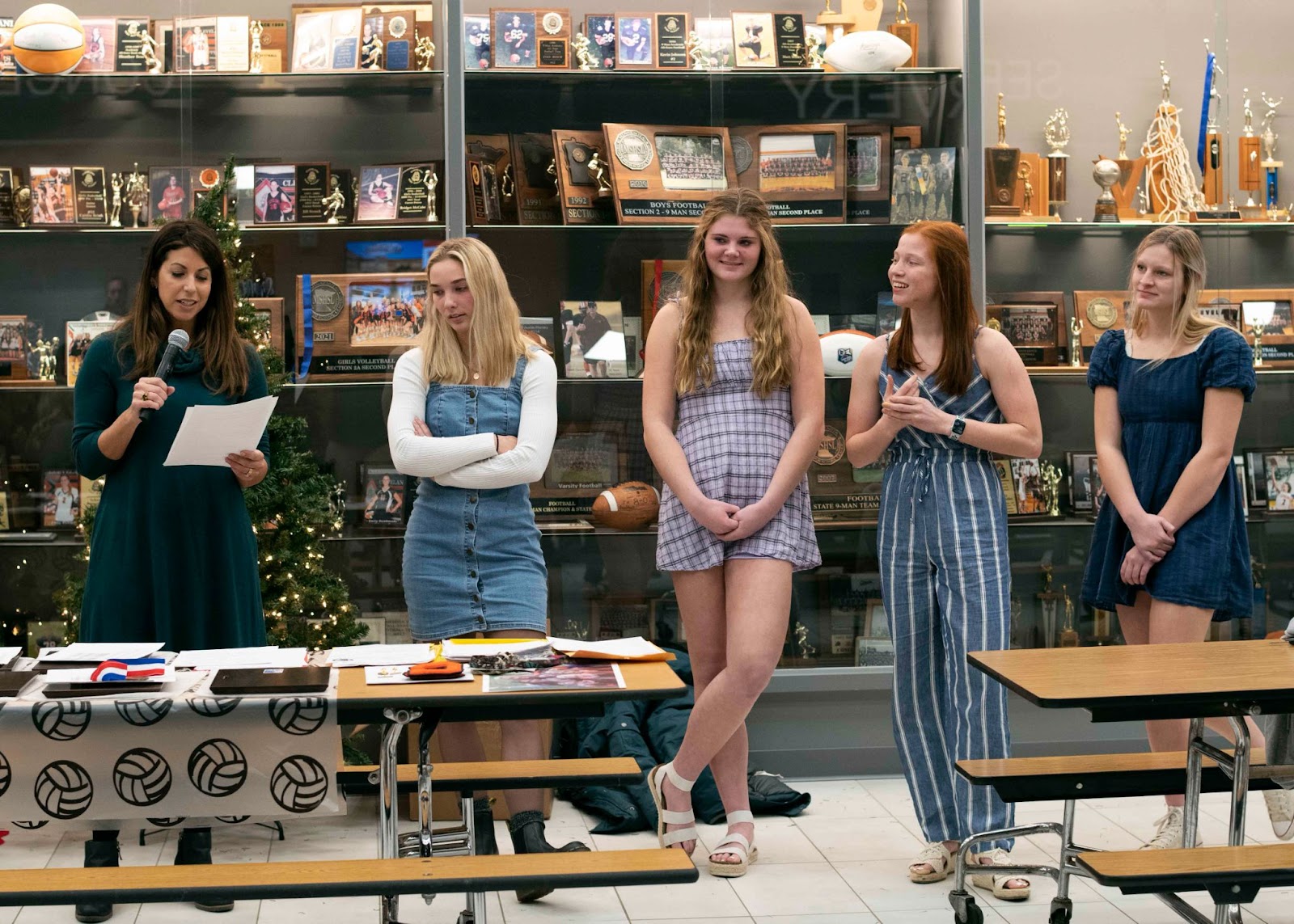