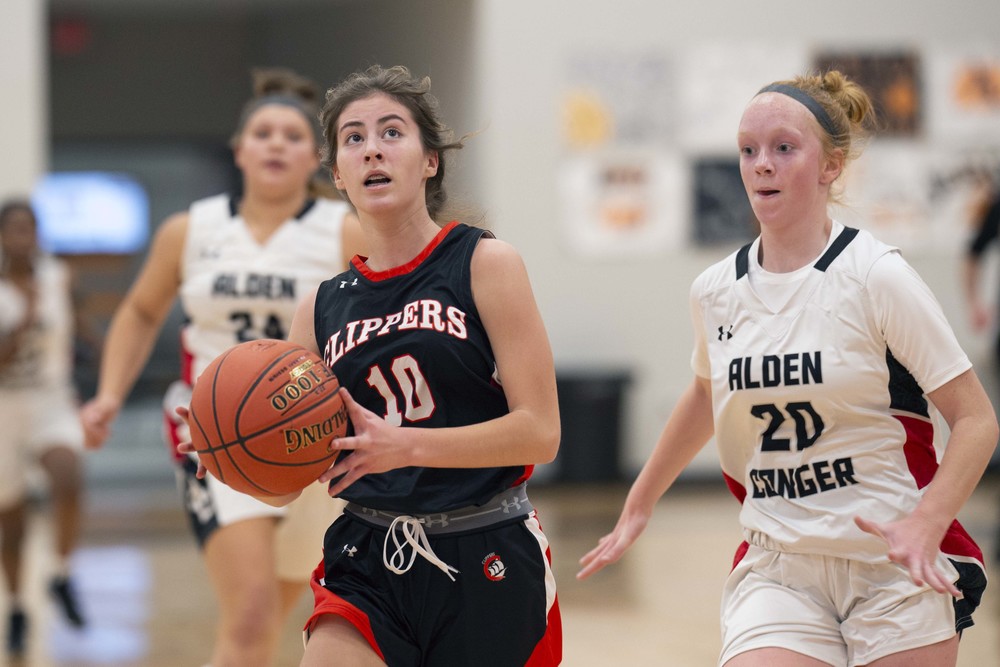 Clipper B girls have strong second half

Above: Lacey McCabe eyes the basket on a breakaway.

Although they outscored visiting Alden-Conger/Glenville Emmons in the second half, the Clipper B squad girls couldn’t erase a 25-point deficit at the break and fell in their season opener 52-29.

But overall, coach Chris Seely was pleased with the effort, especially for their first game and lots of changes in the lineup from a year ago.

“We had a shaky start but then came out of it.”

Asia Kern, returning to the court after not playing last season, landed a couple of shots from behind the arc, and Lacey McCabe canned the back end of a pair of free throws to get the Clippers off to a good start.

Cleveland didn’t score again though until Kern hit a jumper that cut the Knights’ lead to half, 18-9.

From there, the Knights took the ball inside for 16-straight points before Ava LaFrance’s jump shot finally stopped the rally with 18 seconds left before the intermission. The Knights scored one more point before the buzzer to lead 36-11 at the half.

Addi Holden put in a jumper for the first basket of the second half. Staring a six-point Clipper run, McCabe went to work with a base-line drive and followed up with a steal and coast-to-coast drive for a basket. Ava Hahn scored on a jumper, but the Clippers still trailed 38-19.

Later, Hahn scored on another jump shot and then a layup, Holden pulled down an offensive rebound and scored, and McCabe took a long Hahn pass in for a basket.

It was McCabe again, this time on a baseline drive, for a score just before the final buzzer.

McCabe led the effort with nine points, one more than Kern. Hahn had six points, Holden scored four points, and LaFrance chipped in a basket.

Cleveland made one of seven free-throw attempts and a pair of threes. The Knights were successful in eight of 17 free shots and had one three pointer.

The Clipper B squad is back in action on Friday with a trip to Madelia. 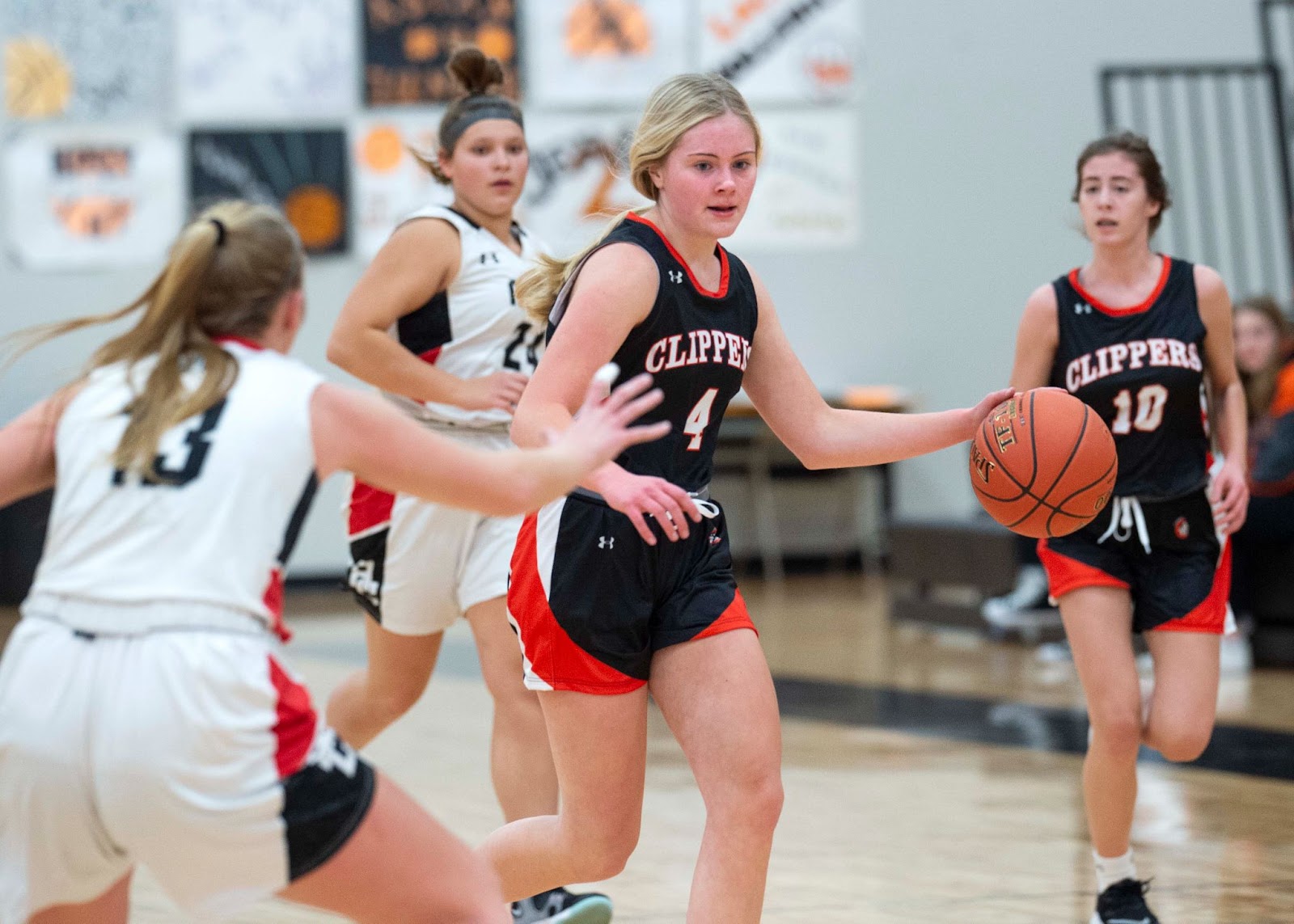 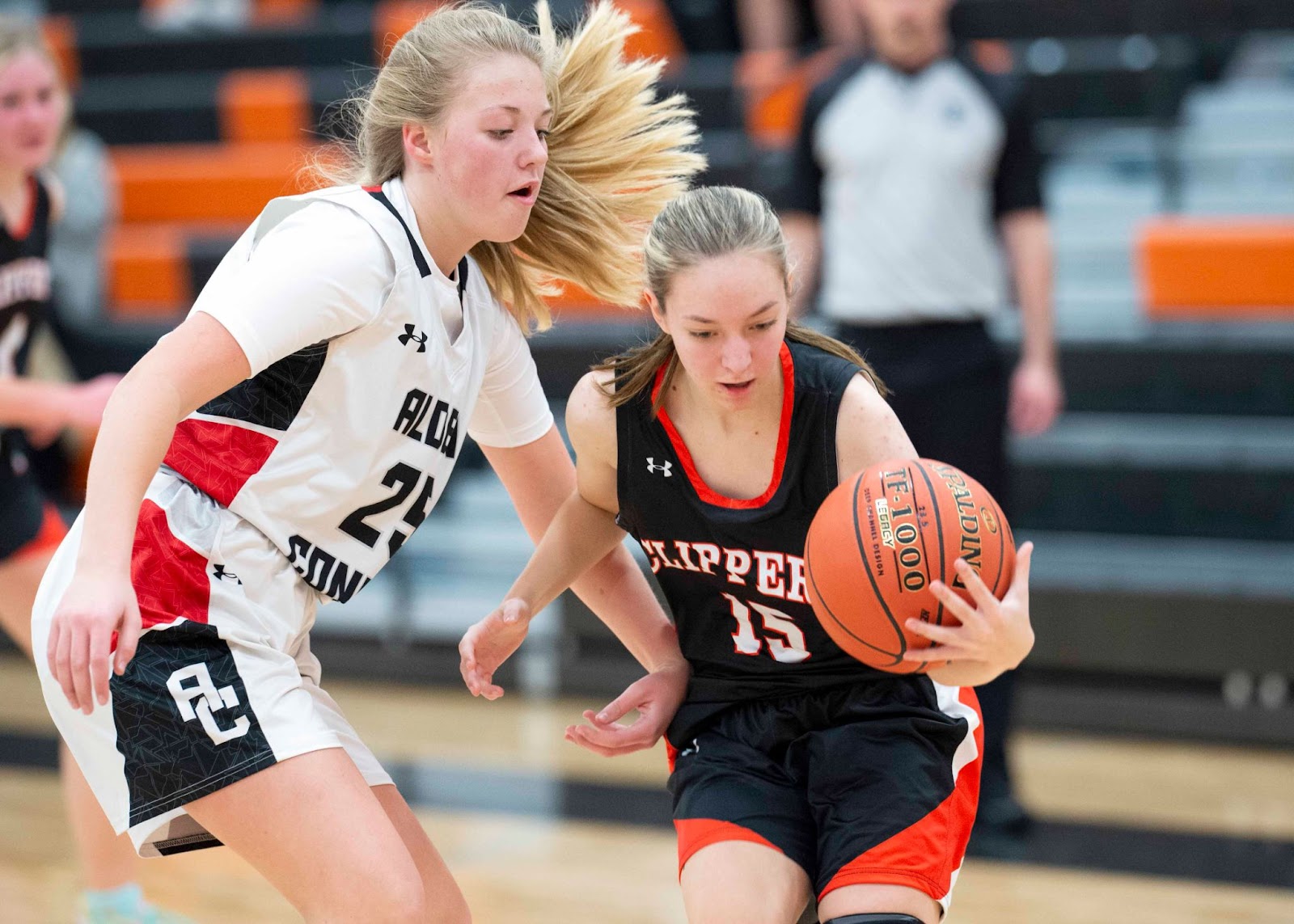 Ava LaFrance looks for a handle on the ball under heavy pressure. 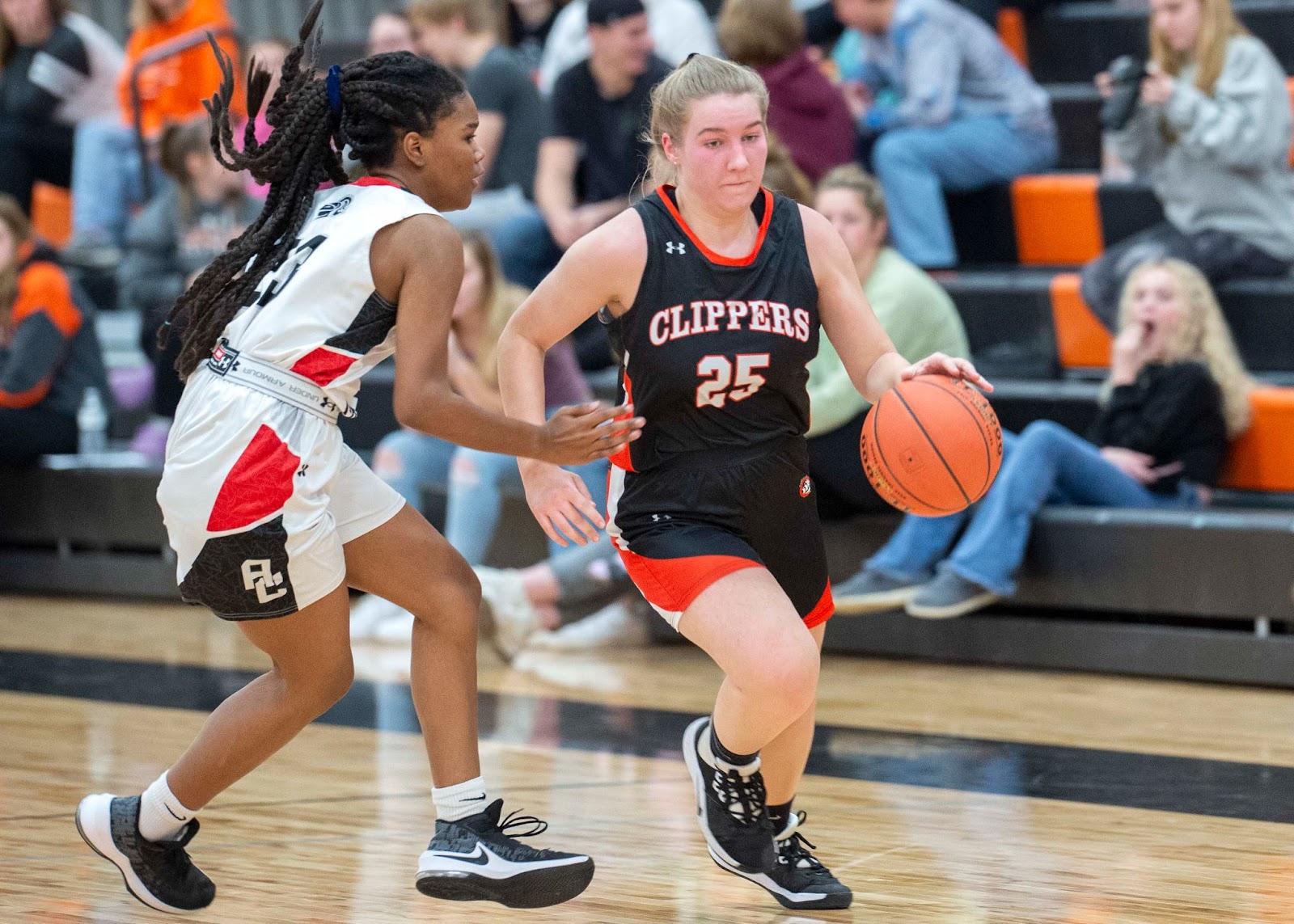 Micah Peterson dribbles around the outside. 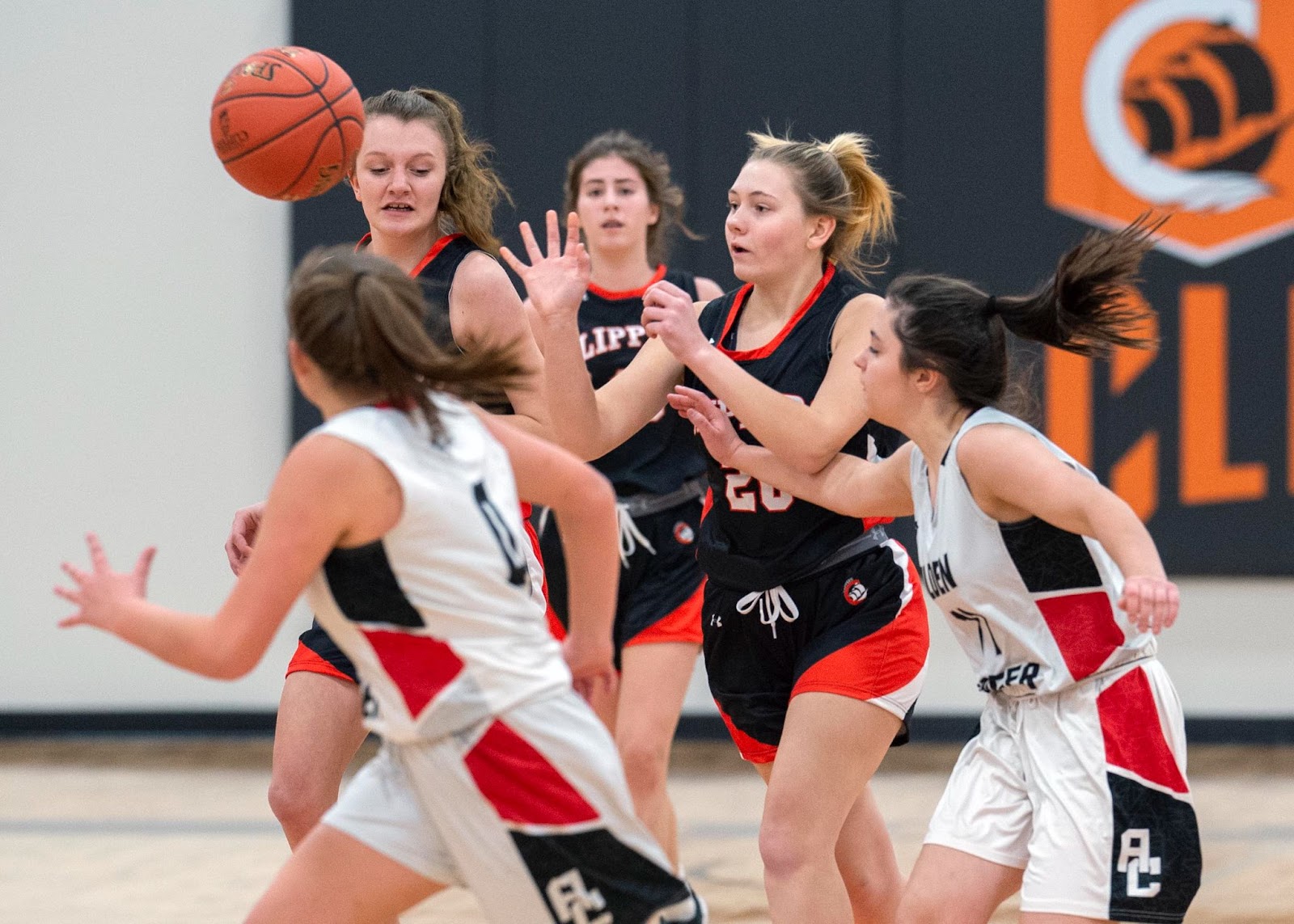 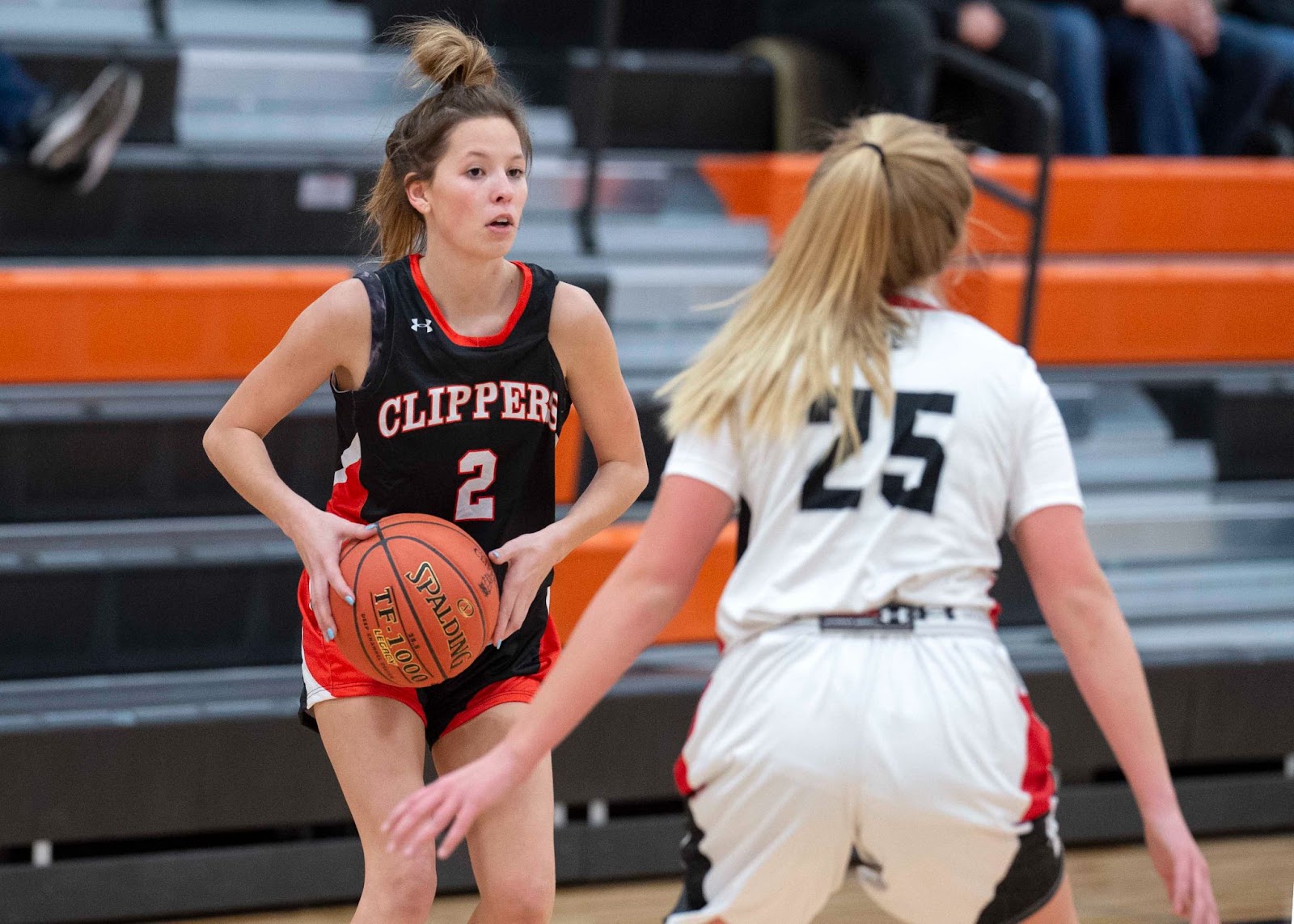 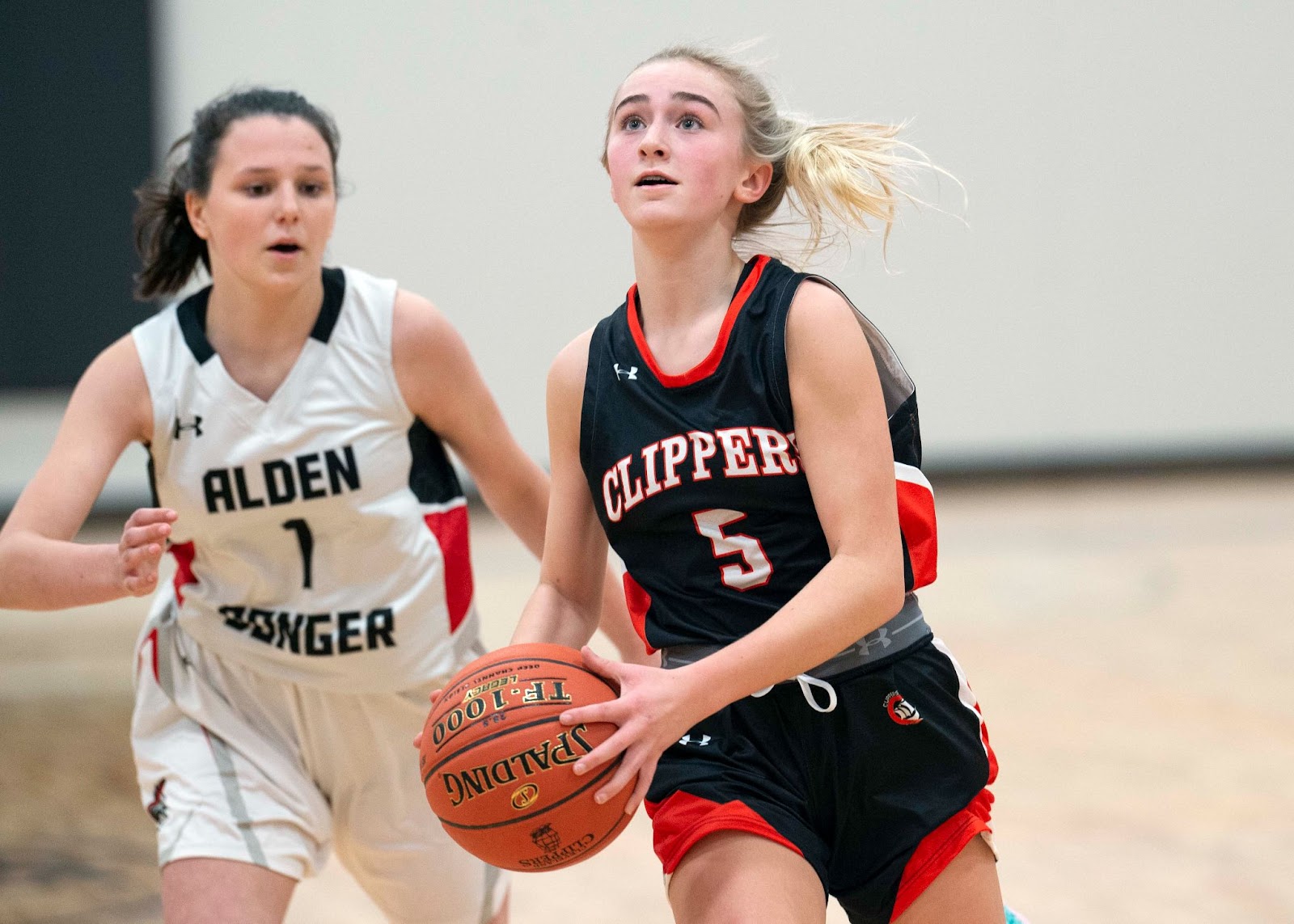 Ava Hahn eyes the rim during the second half.