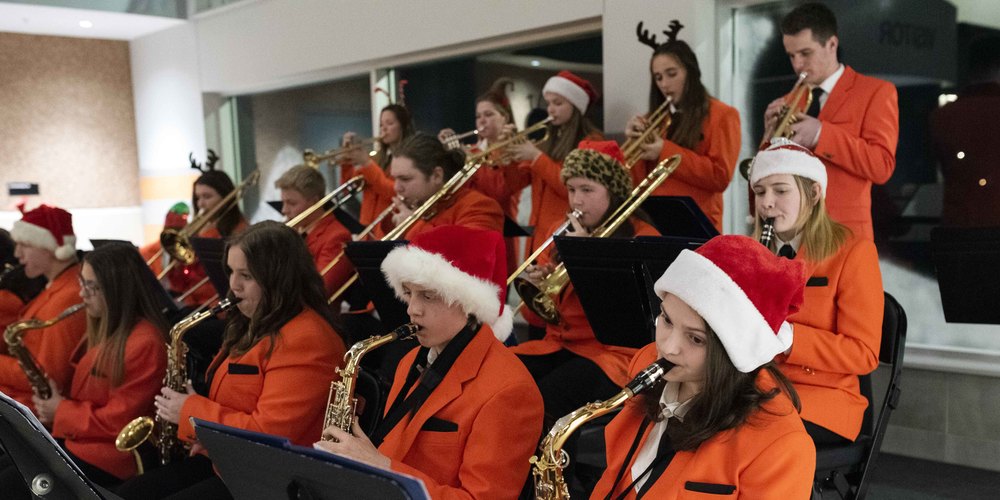 Evening of Jazz is feast for the senses

Through the collaboration of the Culinary Arts class and the band program, an Evening of Holiday Jazz in the commons on Thursday was not only a yuletide feast for the ears but for the taste buds and the eyes as well.

While Erik Hermanson and company delighted the audience with tunes that ranged from kitsch (e.g., “Grandma Got Run over by a Reindeer”) to classic (e.g., the “Nutcracker”), students from school head chef Monica Manzey’s class served a savory selection of hors d’oeuvres and desserts.

Visual arts got a piece of the action too as Manzey’s class crafted the table decorations, and trees ornamented by elementary students lined the grand hall's perimeter.

The idea for the event came from Dollars for Scholars committee members Peggy Peterson and Lisa Alitz. Since the scholarship program didn’t host a homecoming tailgate supper this fall, they were looking for an alternative fundraiser, Peterson said.

“It was a collective idea that came from past jazz concerts and pie at the church and plays that have had dinners with, so we wanted to do something like that.”

The free-will donations from the 160 or so who attended will be distributed not only to Dollars for Scholars but stuffed into the Christmas stockings of the Culinary Arts class and the band as well.

From the cooperation of the three organizations to the gate, Peterson said the festival was layered with Christmas magic.

“The band was willing to participate, and Culinary Arts jumped in, and the community has really shown up and supported it.”

Other members of the Dollars for Scholars Committee are Rhonda Omtvedt, Jasmin Boelter and Connie Ryan.

Other songs played by Holiday Jazz were “A Jazzy Merry Christmas,” “Sleigh Ride,” “I’ll be Home for Christmas,” “Frosty the Snowman,” “Baby It’s Cold Outside,” and the theme song from the Chevy Chase movie “Christmas Vacation.” 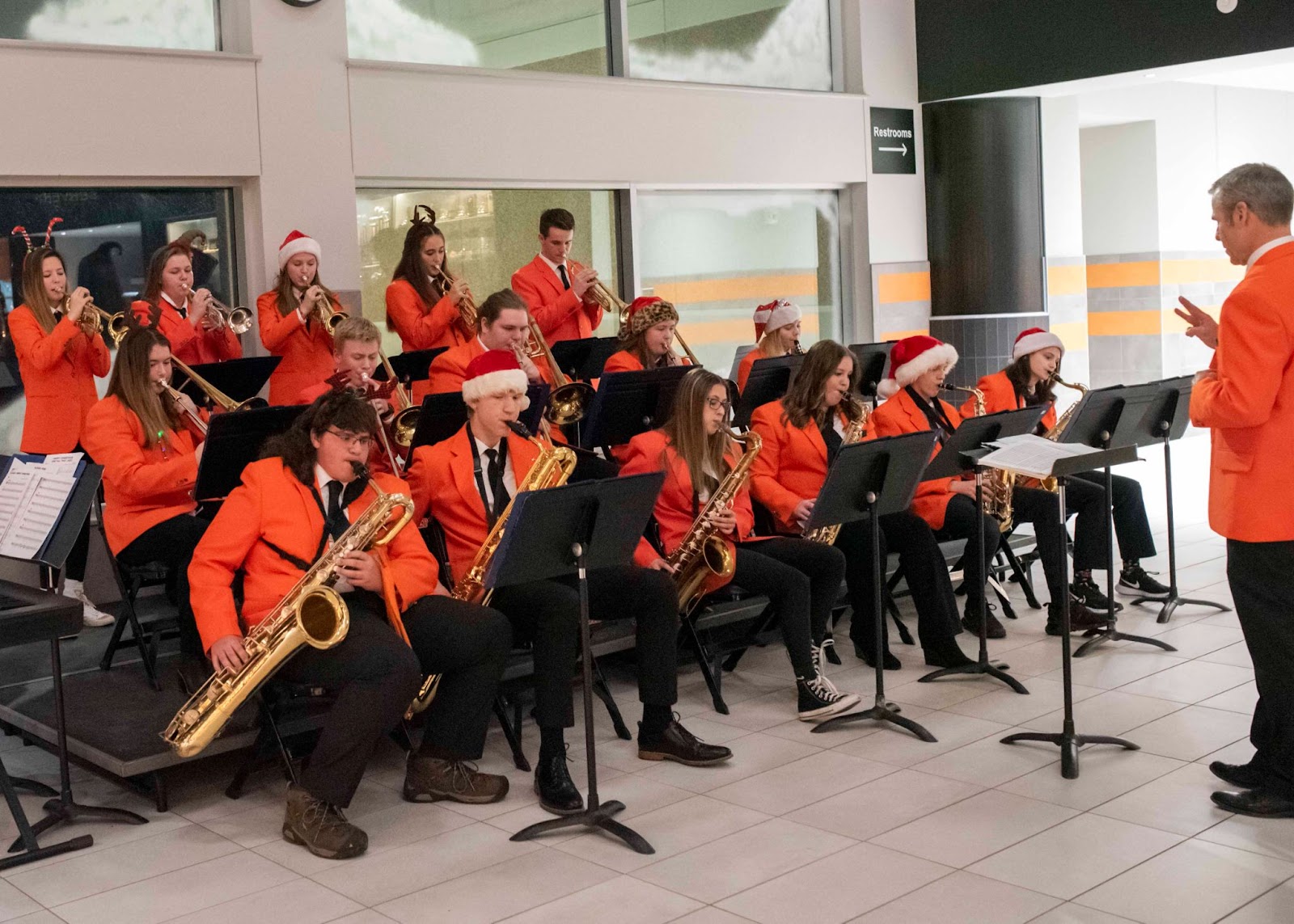 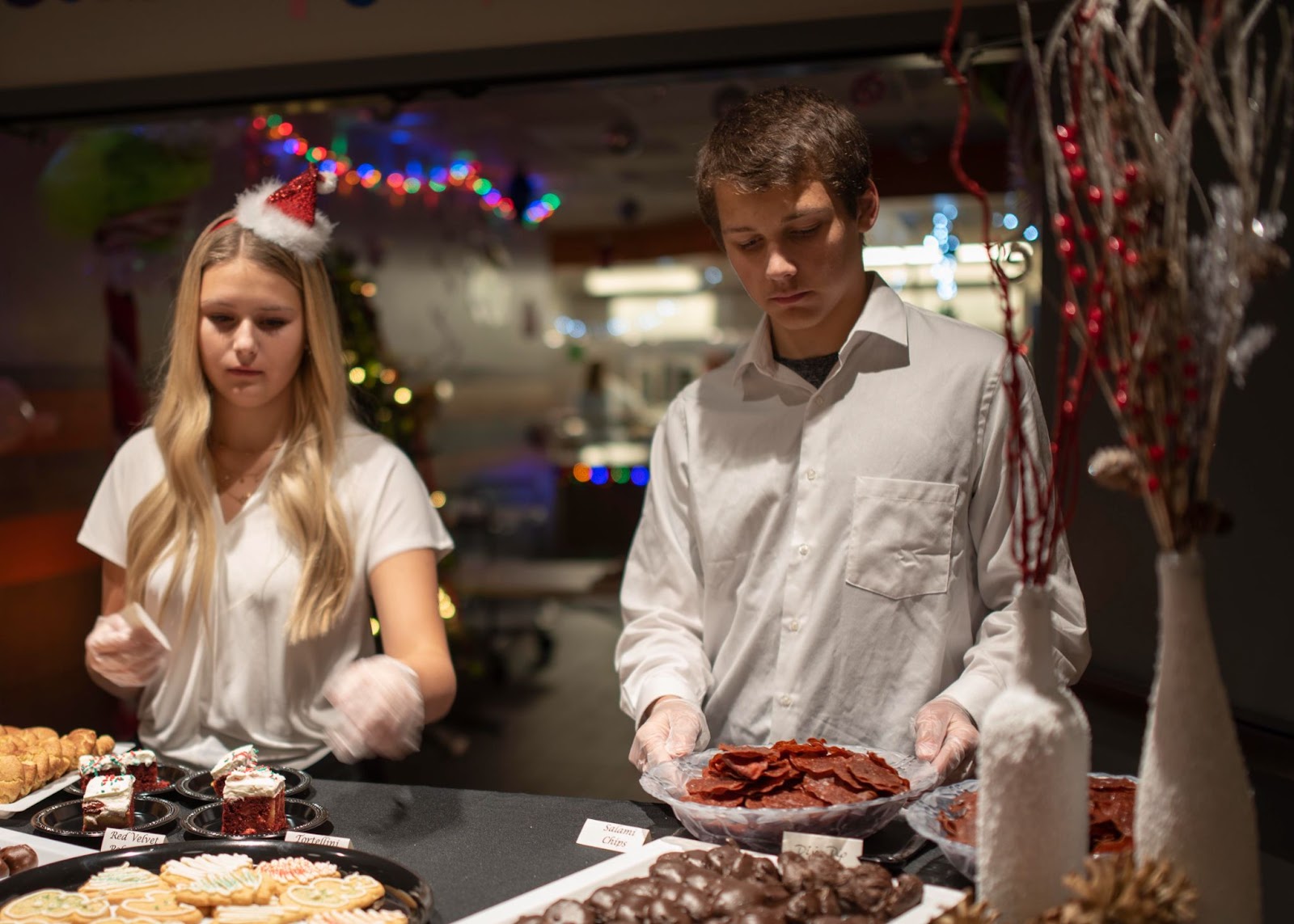 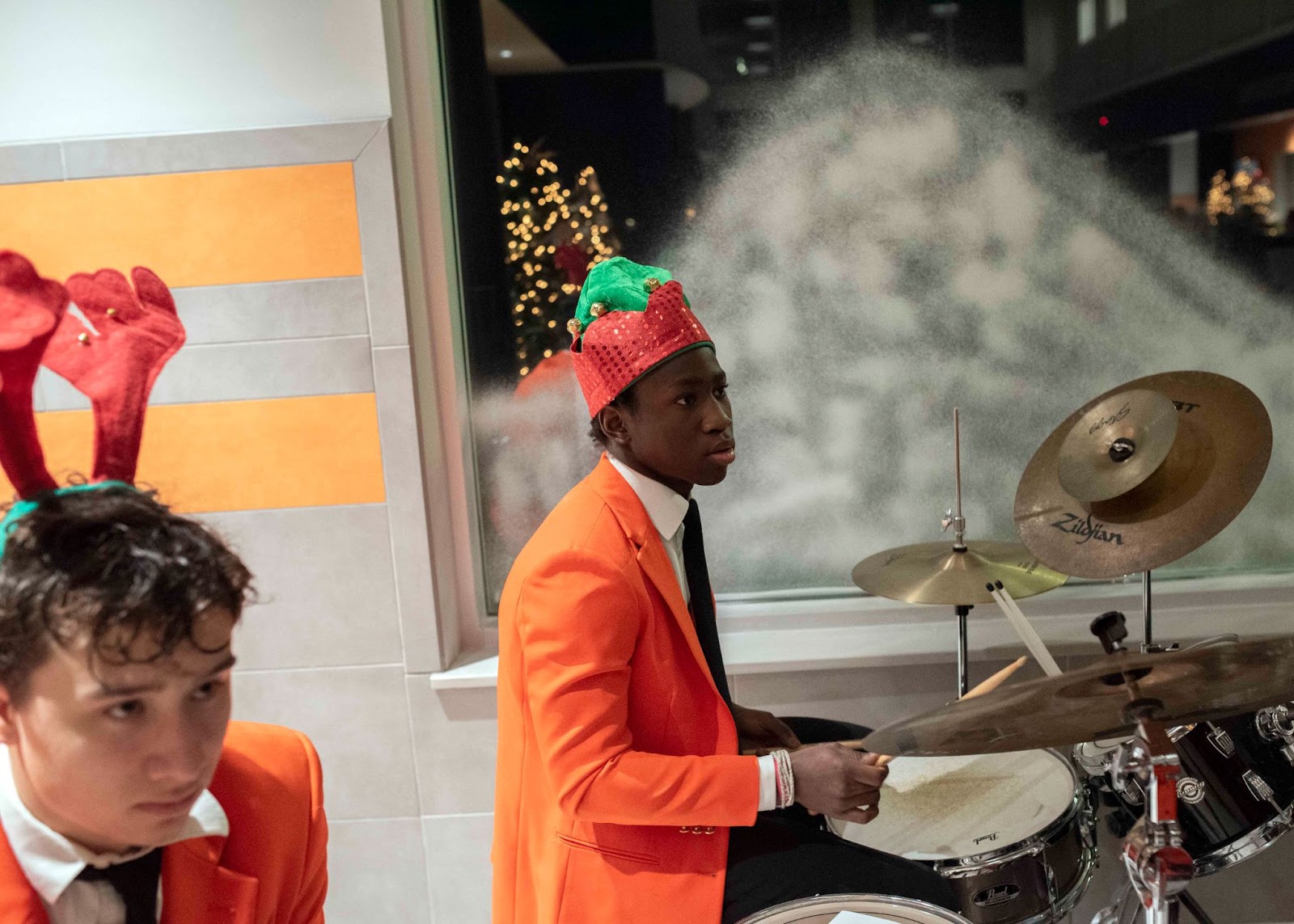 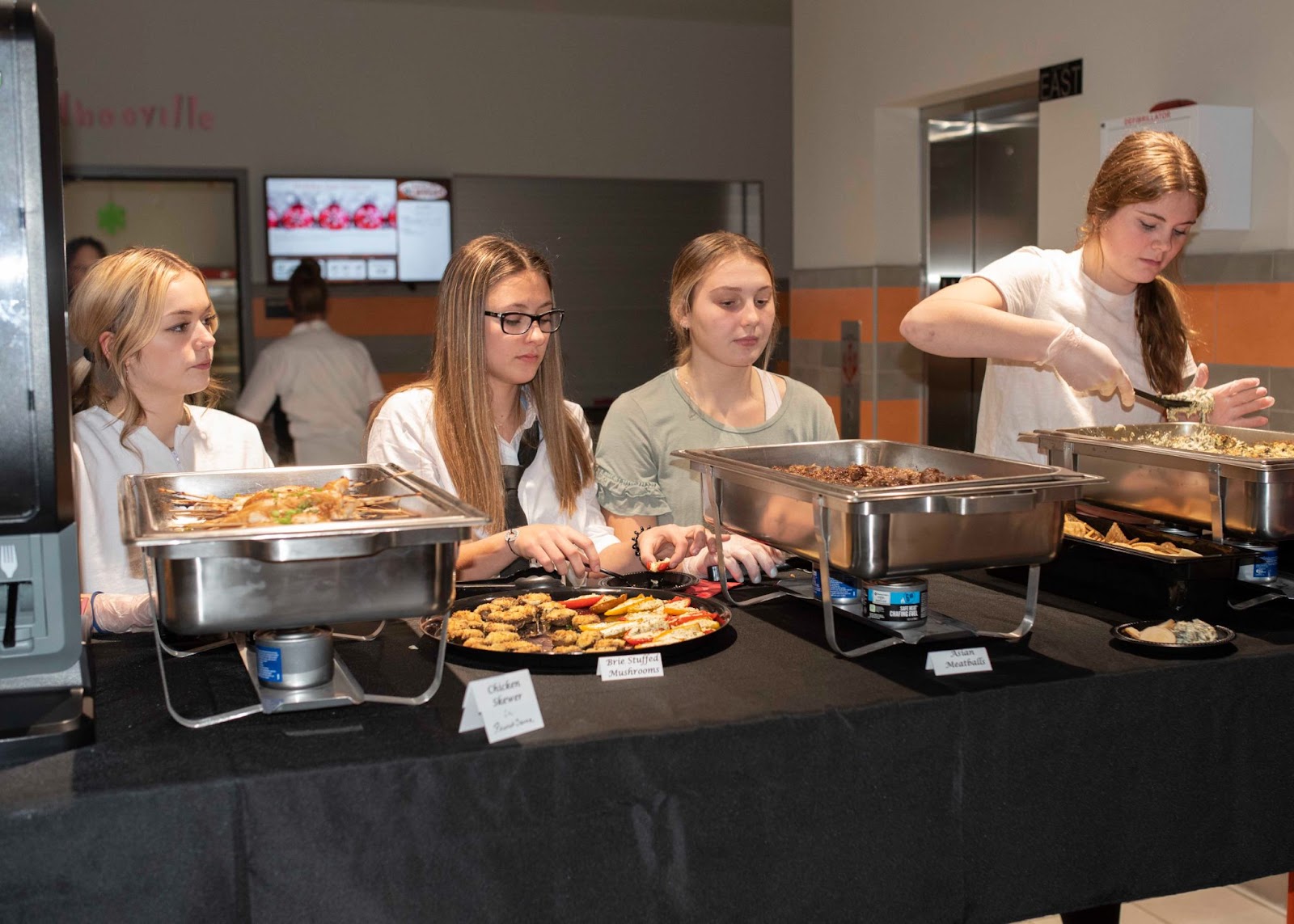 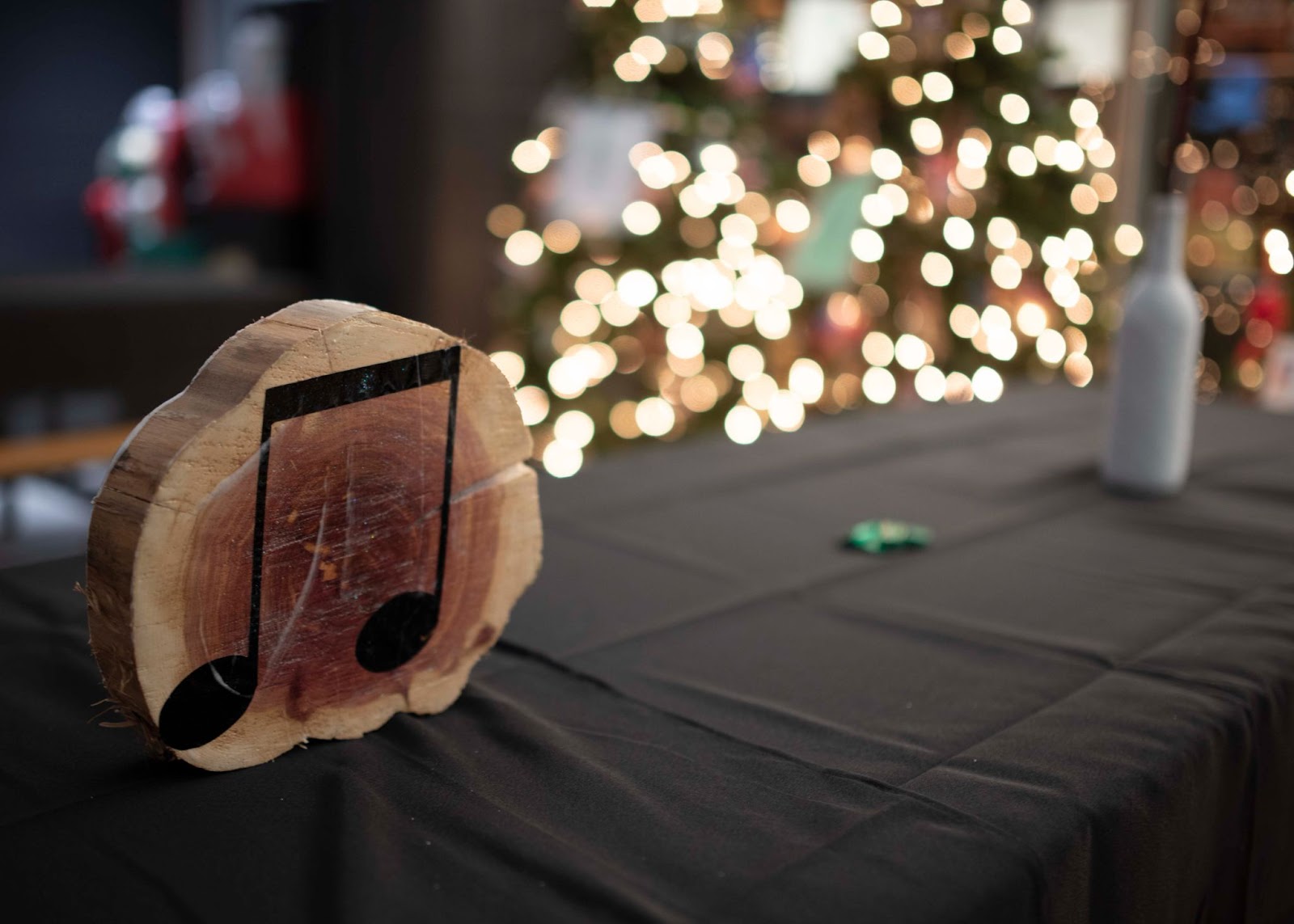 Table decorations were a hot take-home item at the end of the night. The free-will donation for them also went toward the three programs. 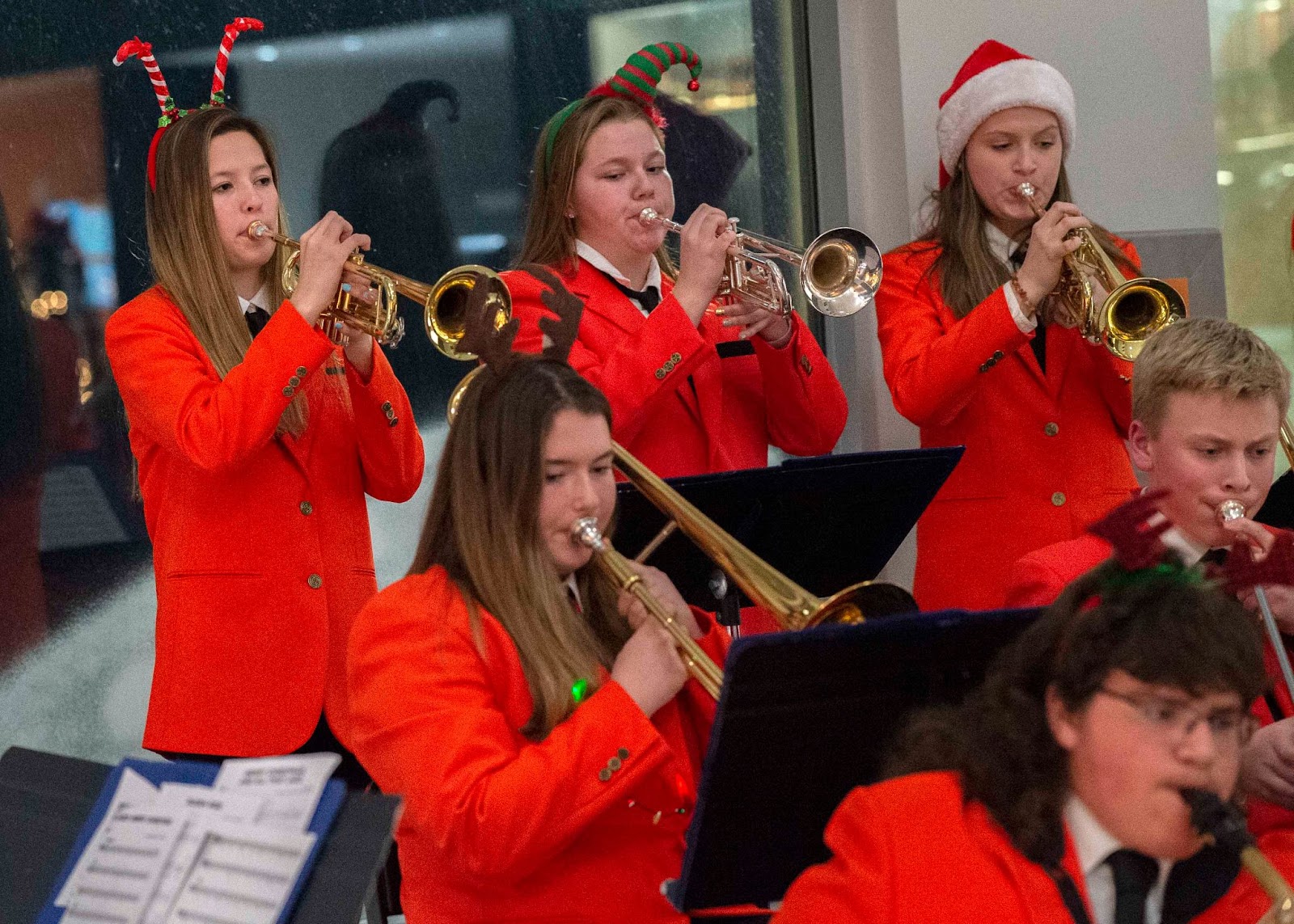 The theme song from “Christmas Vacation.”