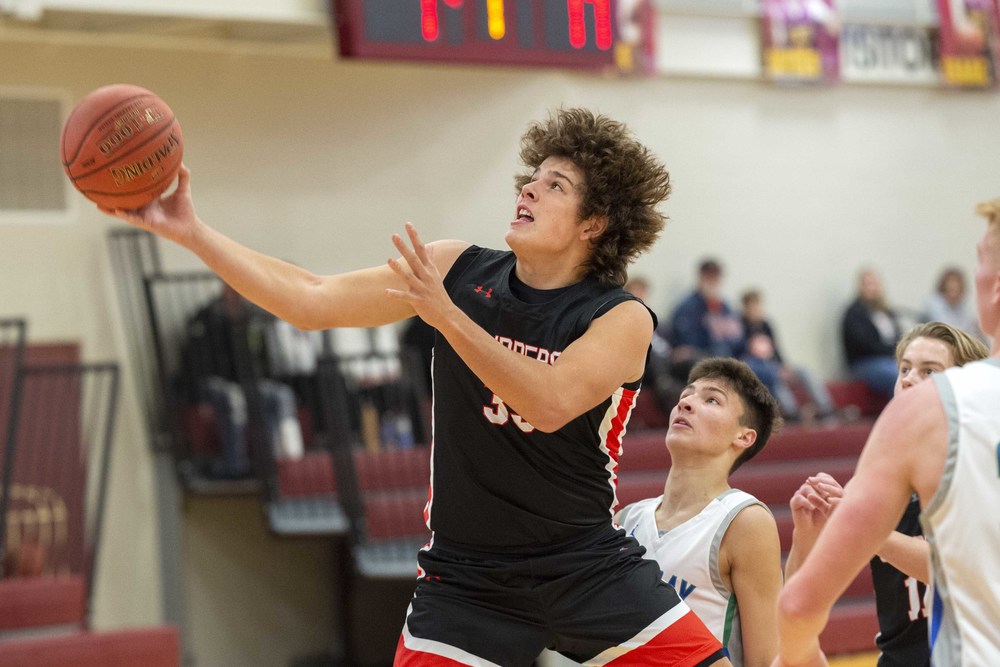 Above: Lucas Walechka led the Clippers in scoring against MACCRAY.

Thrust head first into the 2021 boys basketball season and minus their usual coach, the Clipper varsity boys lost a pair of games at the Wabasso tip-off tournament last week.

On Friday, the Clippers fell hard 78-28 to Lakeview, and on Saturday, although they upped their game, were defeated by MACCRAY (Maynard, Clara City, Raymond) 77-41.

“Today against MACCRAY we moved the ball better. Our defense was a little better, but we still gave up easy baskets inside and threes” said parent Larry Walechka, who took over as interim head coach after the sudden resignation of Dan Fredrickson on Wednesday.

Fredrickson had coached the Clippers for the previous 8 years.

None of them had a ton of varsity floor time as last year, seniors Ben Holden, Alex McCabe, Eric Rohlfing, Isaac Mueller and Elijah Sullivan carried the team.

Walechka pulled down an offensive rebound and scored for the game’s first basket, but MACCRAY scored almost at will after that.

After scoring six points off the bench, sophomore Carter Barto left the game late in the first half with an injury, and it was 51-20 at the break.

“Carter getting hurt put a monkey wrench into the game,” Walechka said, “but I like the hustle. I think mentally they were into it today.”

Walechka led the scoring effort with 14 points. Hastings added six points, including a free shot and a three pointer. Krenik had six points, all from behind the arc. Coming on strong inside during the second half, Wyatte Devens scored eight points. Gens made one free throw.

MCCRAY had eight three pointers and made nine of a dozen free-throw attempts. The Clippers were two for seven in free throws.

With 10 points, Lyons led the Clippers a day earlier against Lakeview. Walechka contributed six points. Hastings, Barto and Devens each had four points.

All three of the Clippers’ three-point baskets were from Lyons, who also was the only one to go to the foul line, where he made one of two attempts.

Lakeview, which led 46-9 at the half, put in four three pointers and were 10 of 12 from the free-throw line.

“They had one guy who was playing above the rim,” Walechka said.

CHS graduate Mike Meyer was hired as head coach and started working with the Clippers during practice on Monday. The Clippers will host Mankato Loyola on Tuesday.

Barto was able to return to the court later in the day on Saturday for the second half of the Clipper B-game. 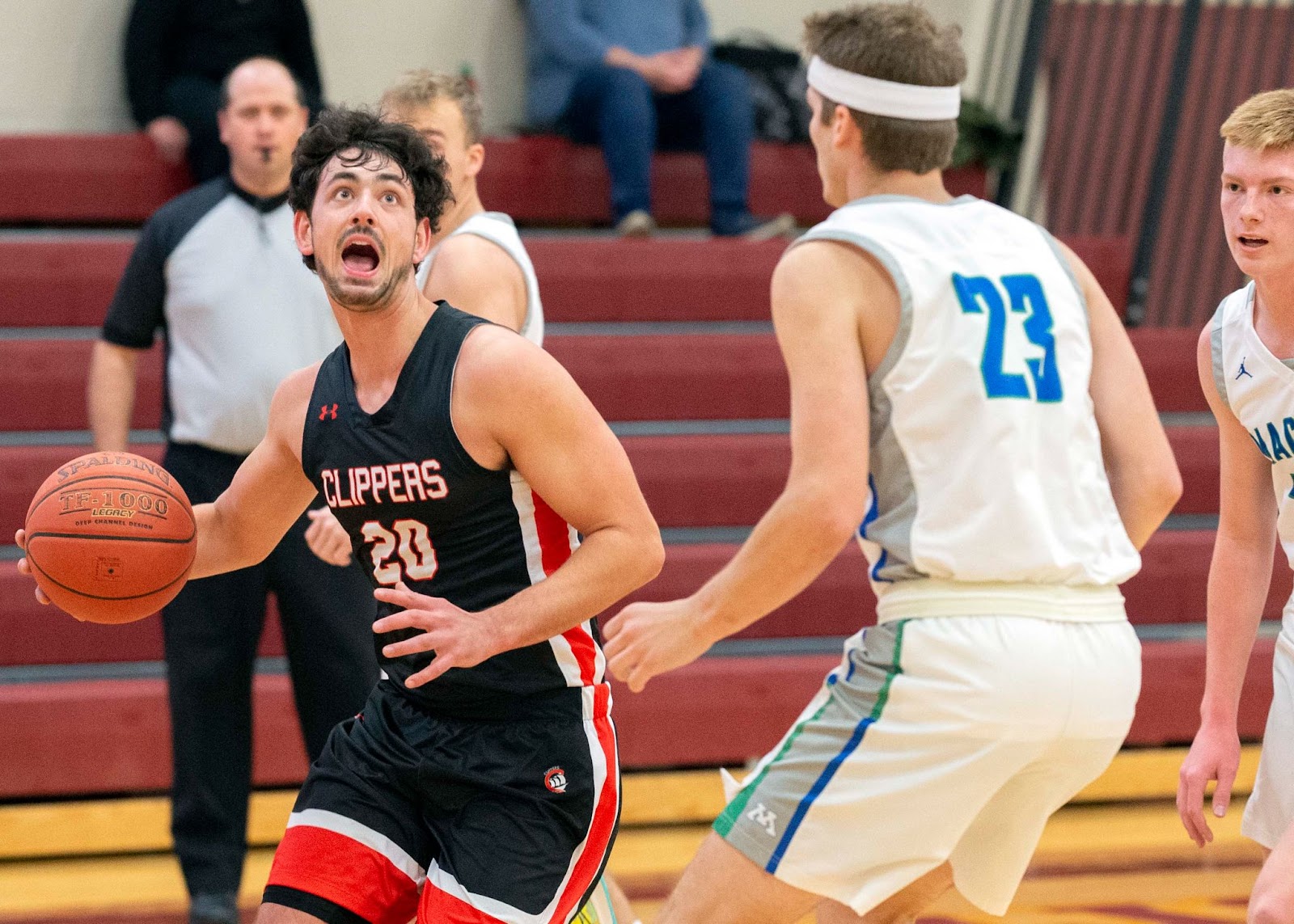 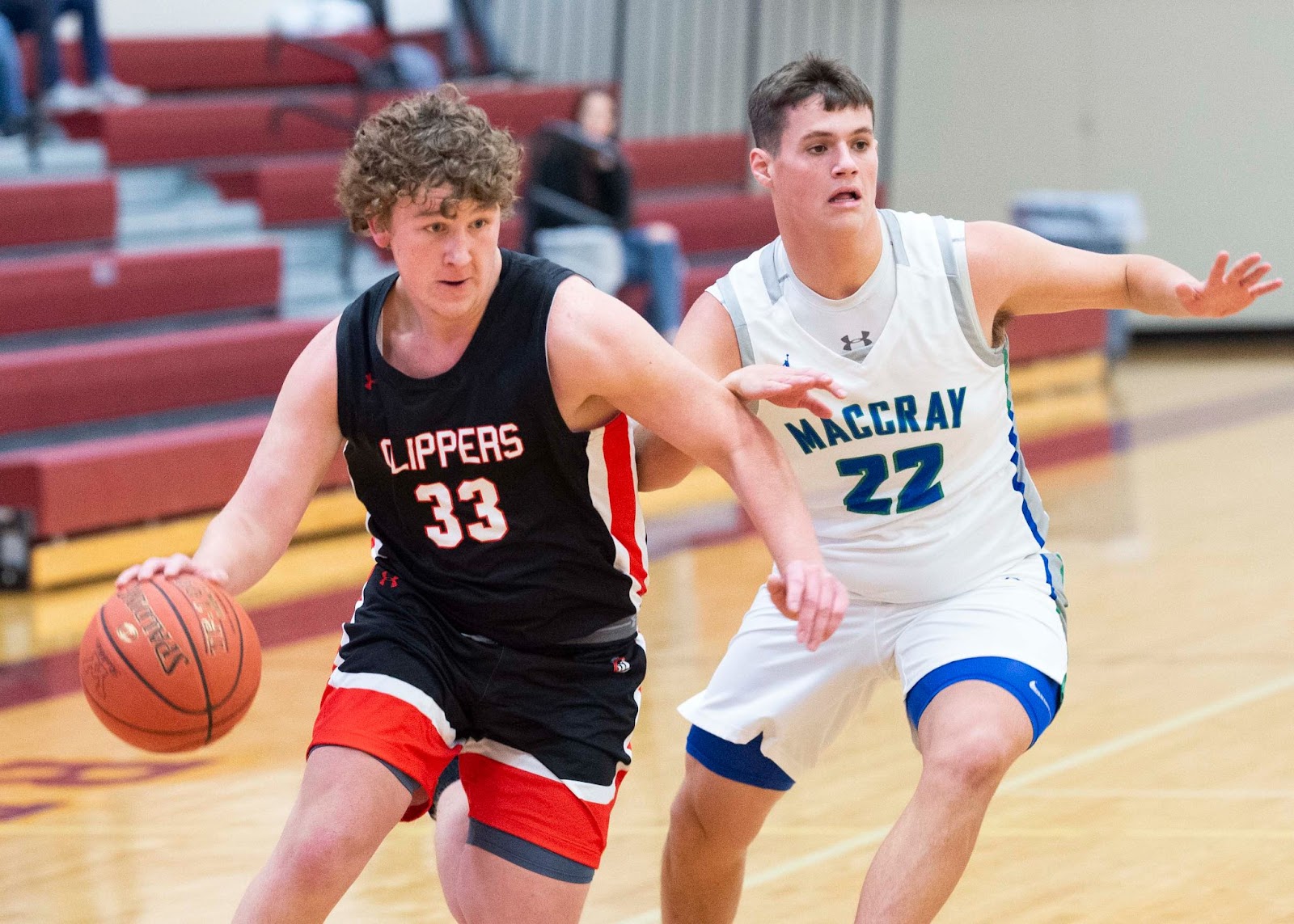 Wyatte Devens dribbles to the lane. 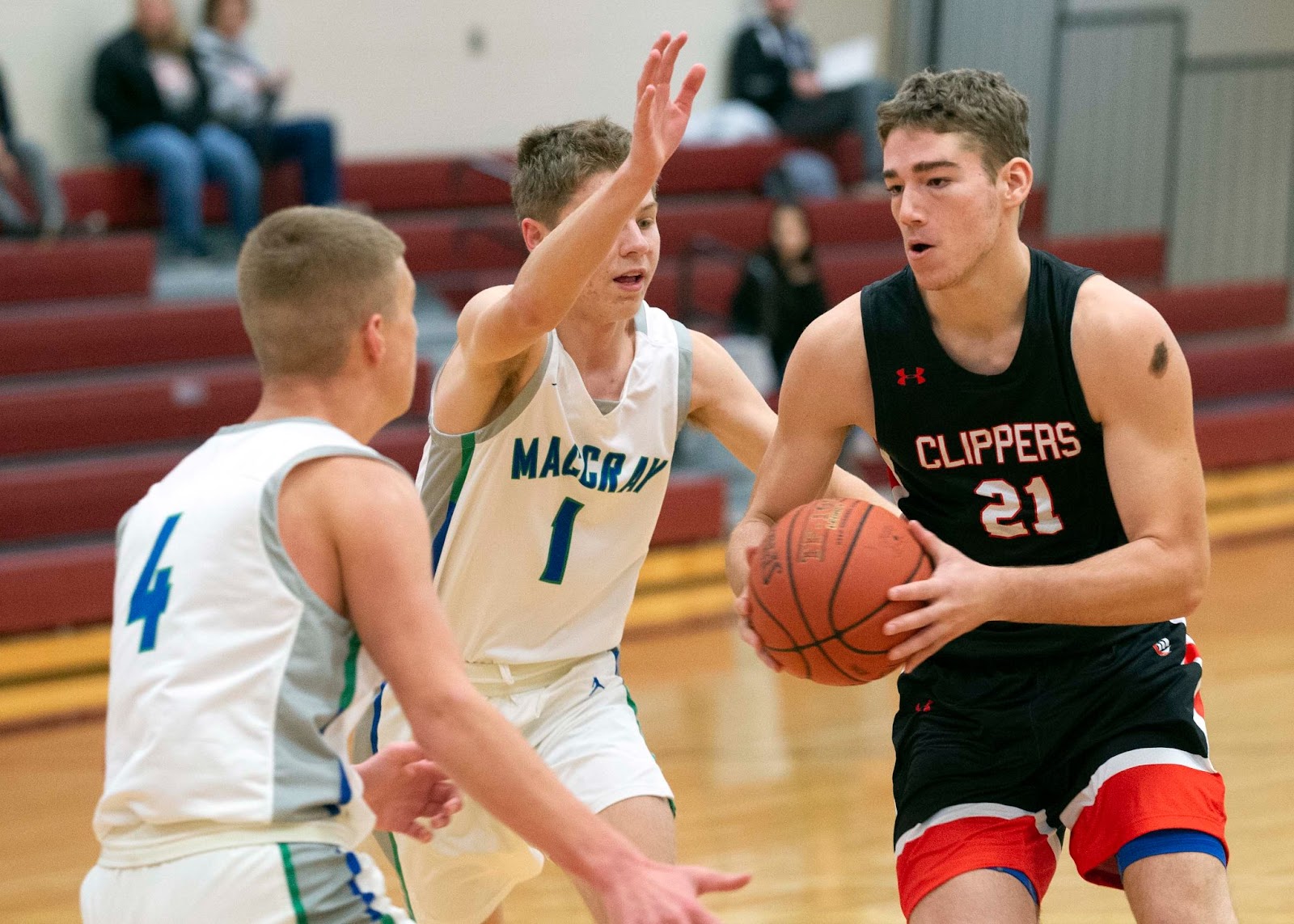 Carter Barto takes the ball through the paint. 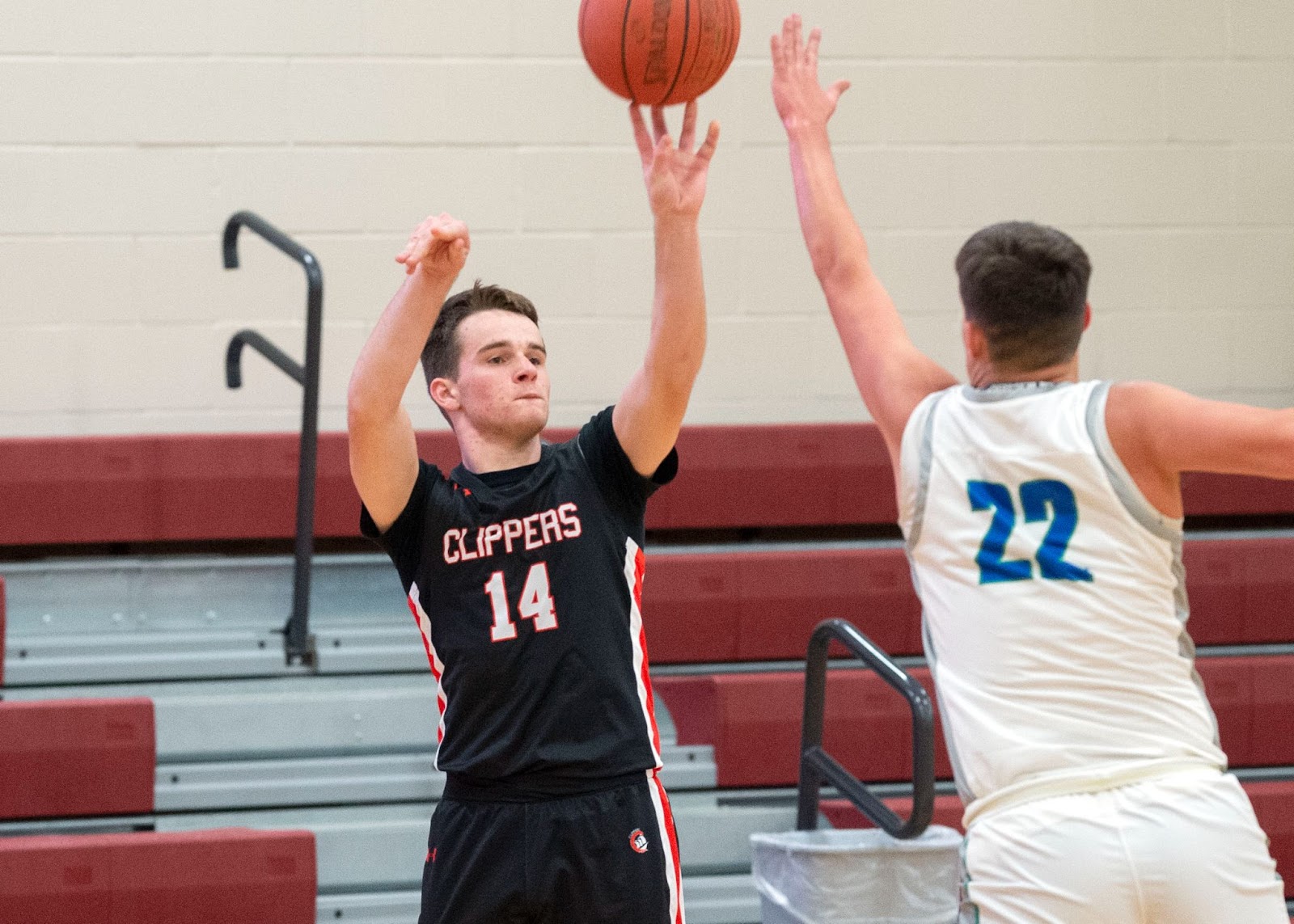 Colin Krenik unleashes one of a pair of three pointers he would have. 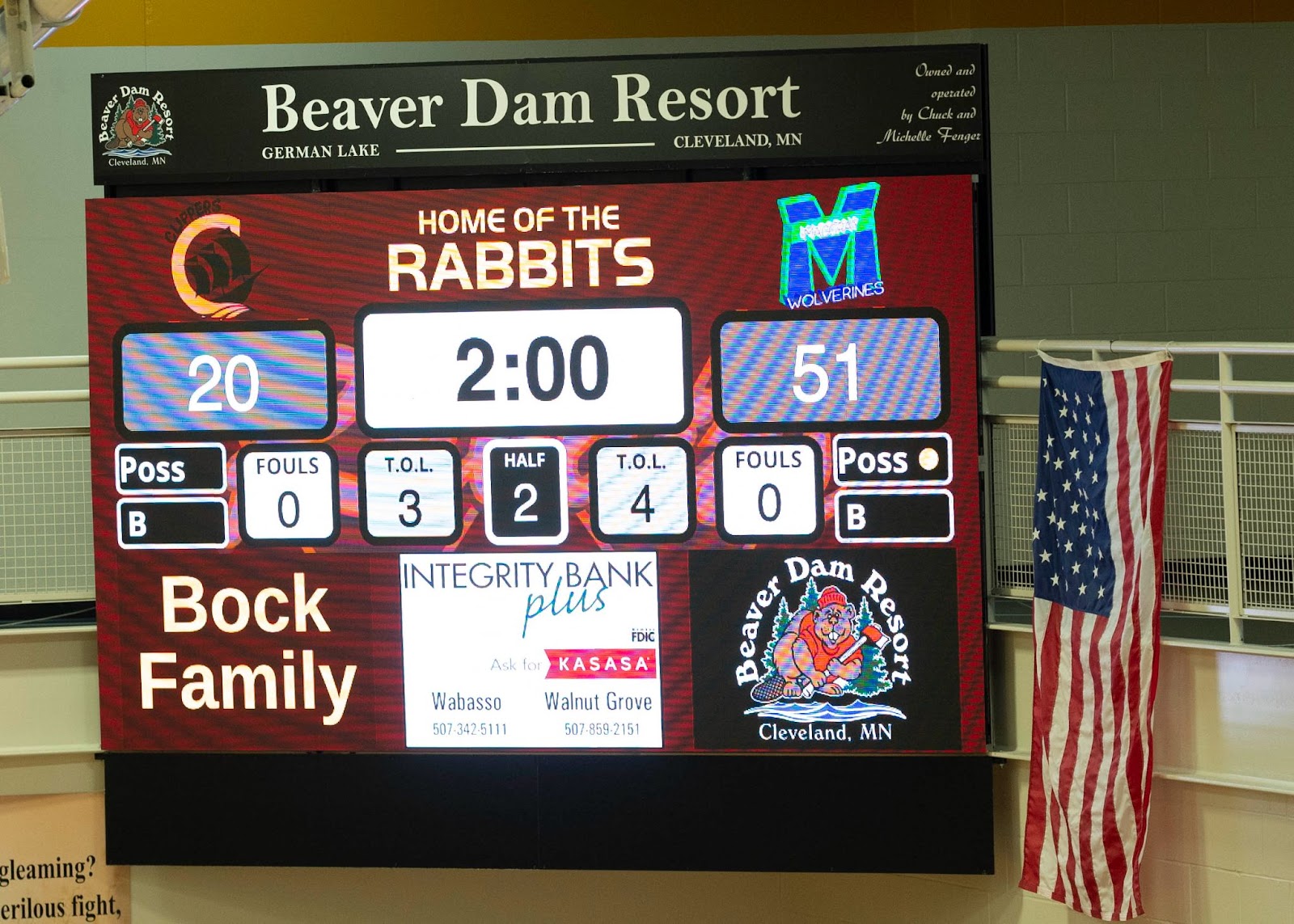 Cleveland had a presence on the Wabasso scoreboard, but it was mostly in the form of advertising for Beaver Dam Resort. The owners of the resort reside in Wabasso. 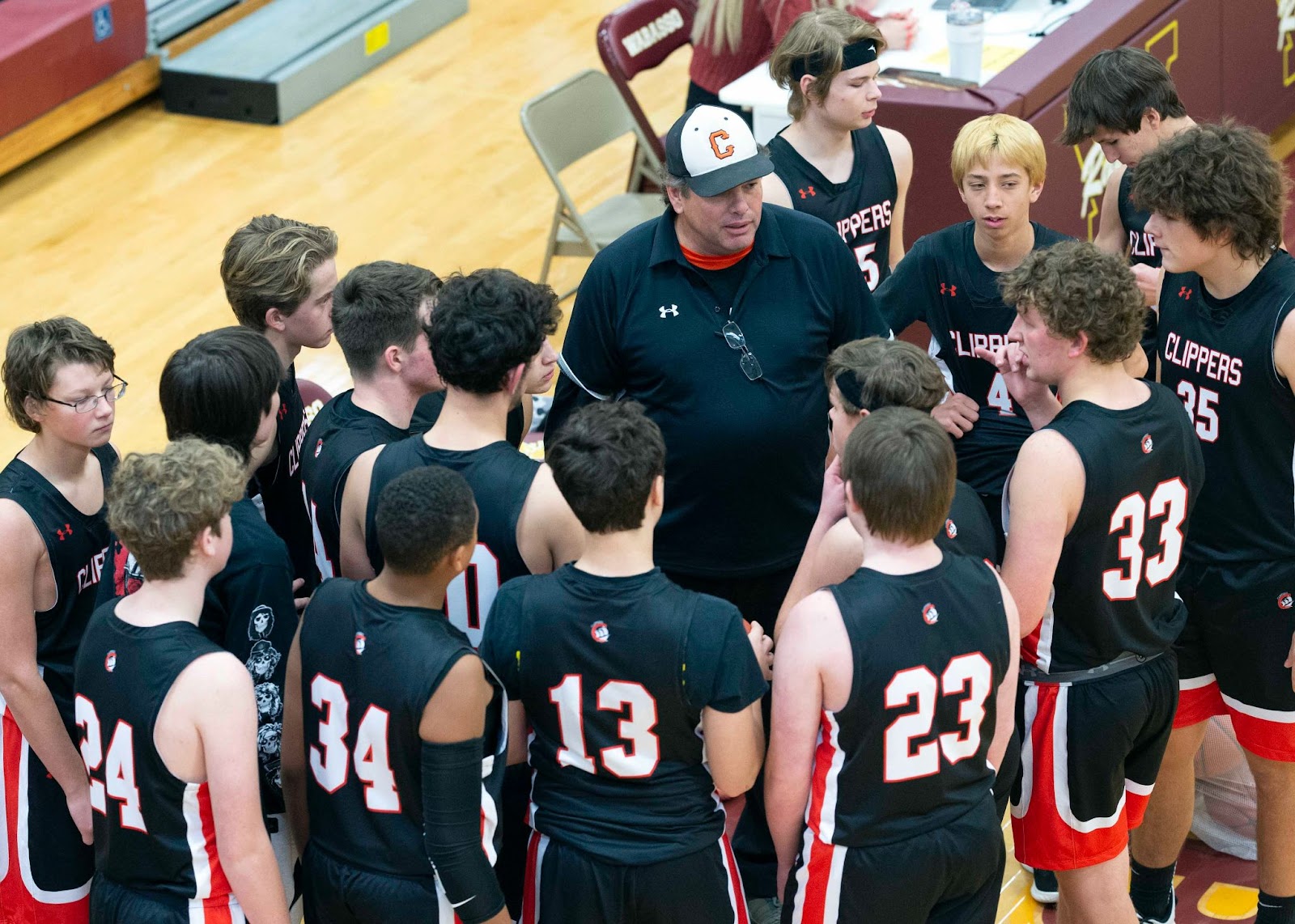 Larry Walechka had a short stint as the Clipper coach in the Wabasso tourney. He has coached youth basketball in the past and varsity football this year.