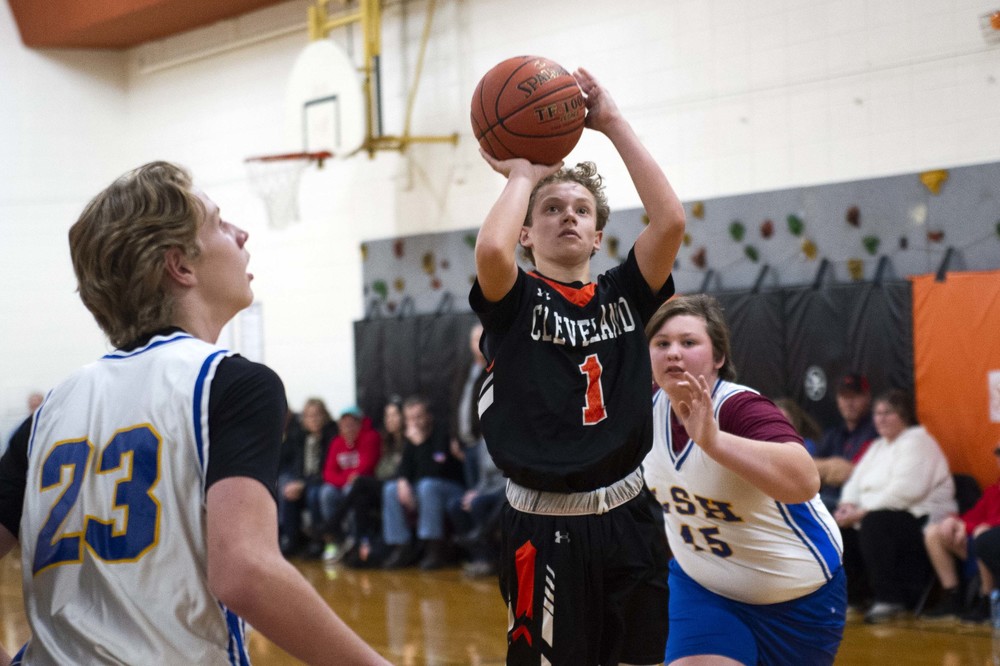 Eighth-grade boys roar to a victory

Above: Carson Lyons led the Clippers with 17 points.

Starting the season out with a roar, the eighth-grade Clipper boys downed visiting Le Sueur-Henderson 50-31 Monday.

Many of the same players are on the team who led the Clipper junior high football team to an undefeated season.

As in football, they are coached by Tray Jones, a paraprofessional at Cleveland.

“I didn’t expect 50 points,” said Jones. “We were kind of going on the fly; we don’t even have plays set yet because everything just came up so quickly, but they just played basketball, and they played hard and we got the results.”

Down 24-17 at the break, the Giants came out of the gate in the second half with a three.

But Bode Bartell canceled it, and with a Caleb Possin steal and coast-to-coast drive for a layup, the Clippers extended their lead.

Overall, even though they were out sized, the Clippers got to the boards and usually came with the loose balls.

“They know how to hustle,” Jones said, “Just like in football, it’s the same mentality.”

The Giants posted the next four points, but Bartell stole and scored, Tanner Simonette cut through the paint for a bucket, Carson Lyons arced in a three, and Bartell hit a basket for a 38-25 Clipper advantage.

With a three by Caleb Connor, two more Lyons baskets from the floor and a Possin layup, the Clippers cruised to the triumph.

Lyons, a seventh grader, led the effort with 17 points, including a three. Bartell had a dozen points, half of them from three-point country. All of Connor’s nine points were from in back of the arc. Simonette posted five points, Possin scored four points, and Carter Kern chipped in a basket.

“We got the win, and now we have to move on and get better,” Jones said.

In the earlier game, the seventh grade team lost to the Giants by four. 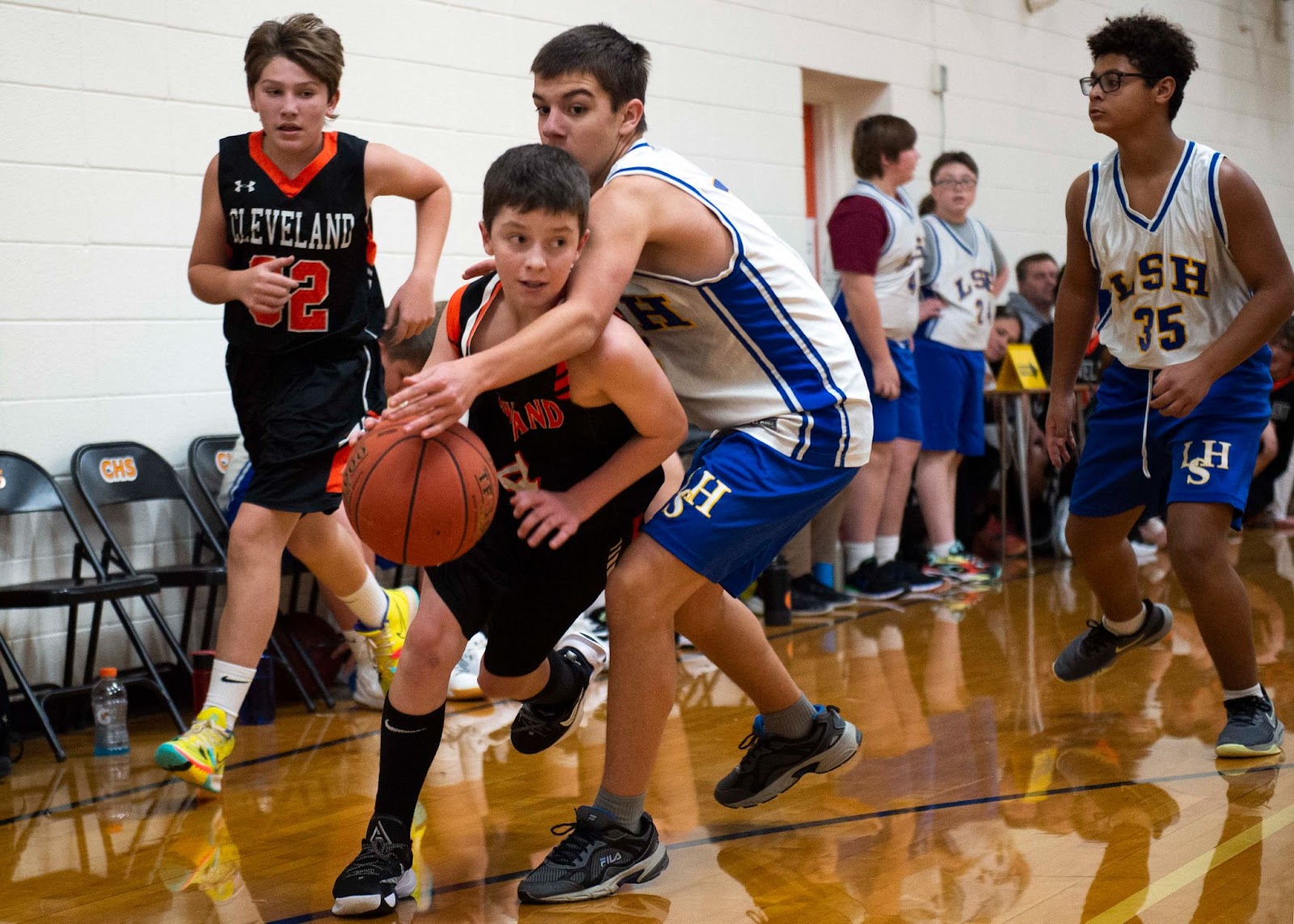 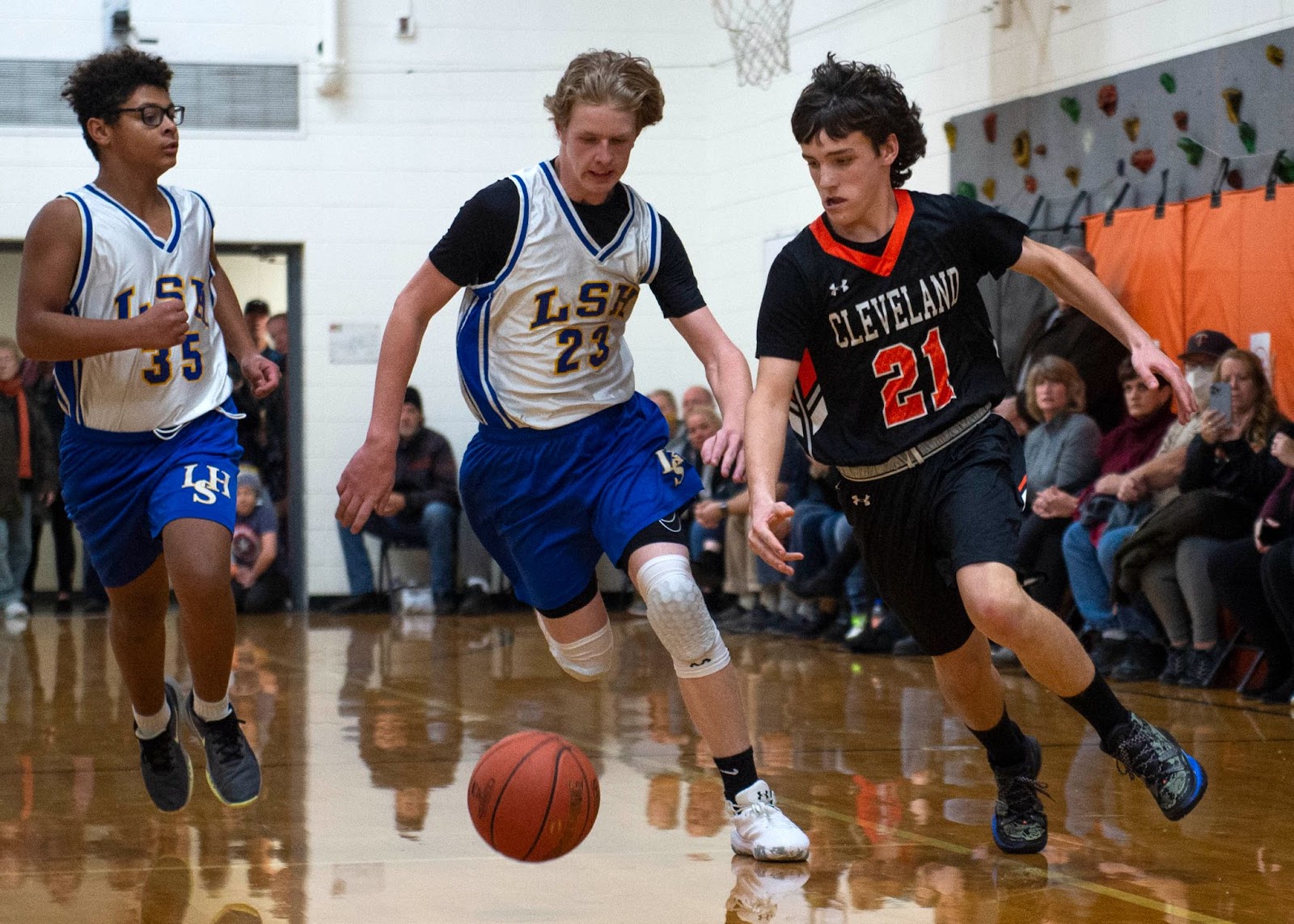 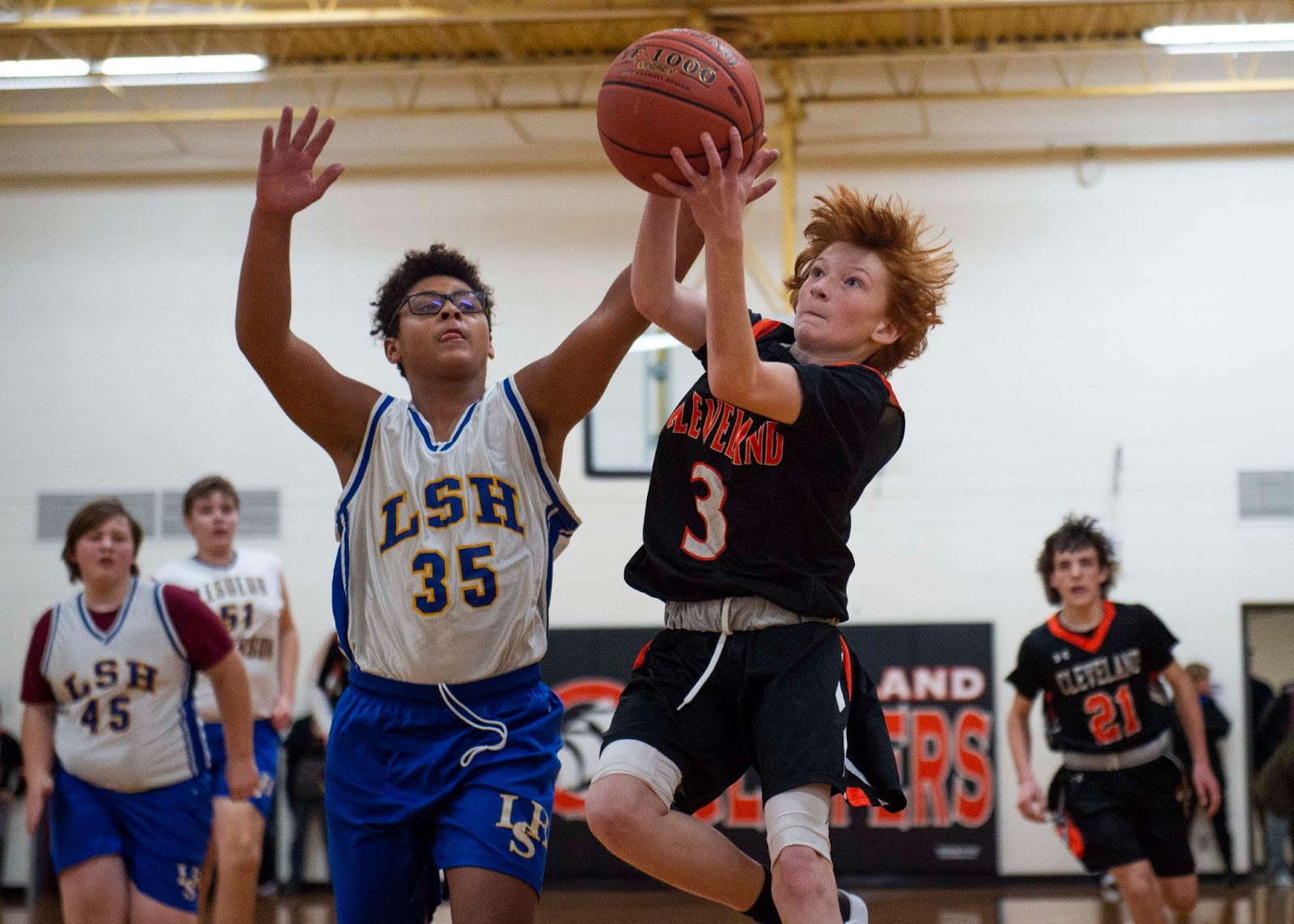 Bode Bartell goes up for a shot. 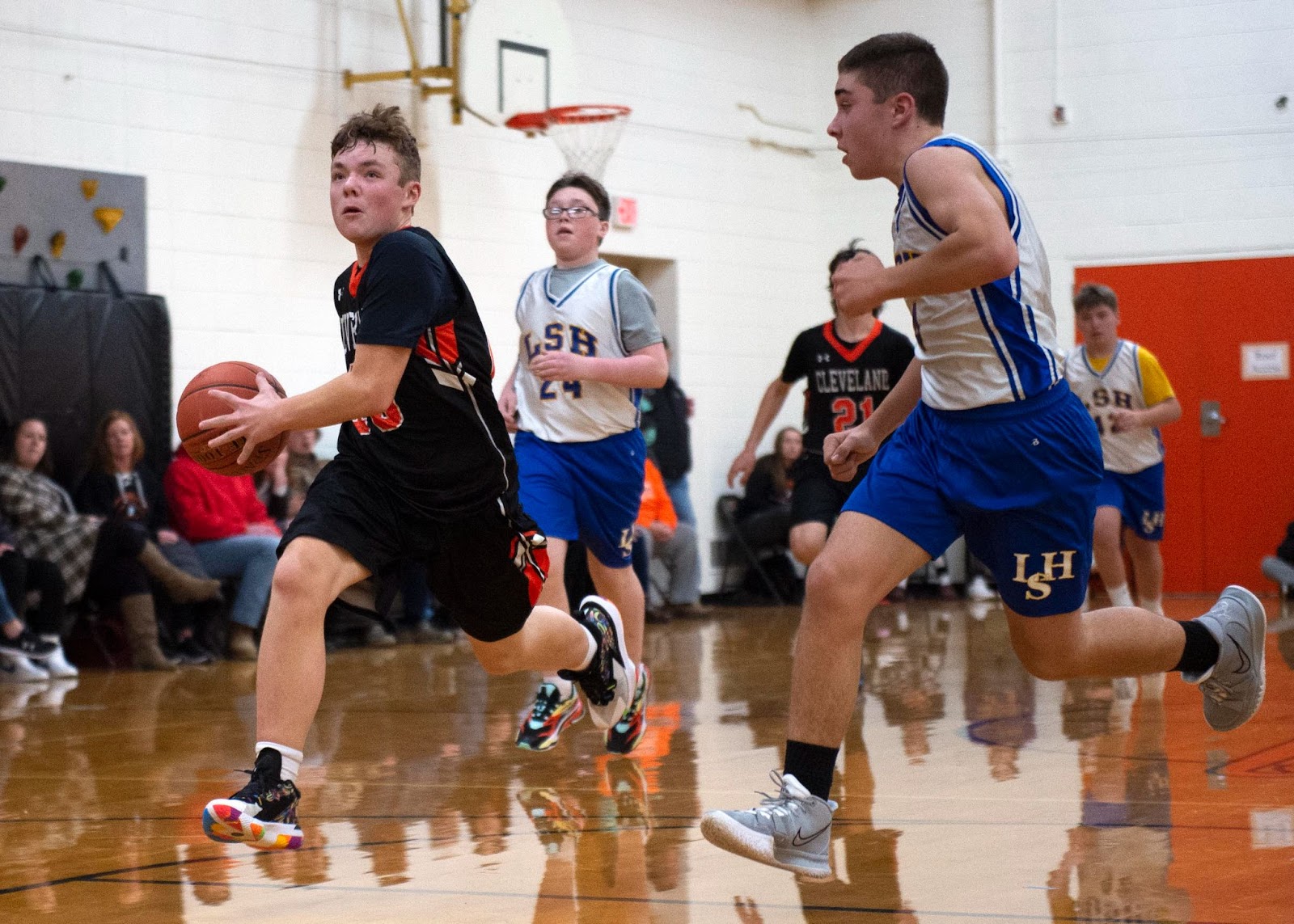 Caleb Possin glides in for a layup. 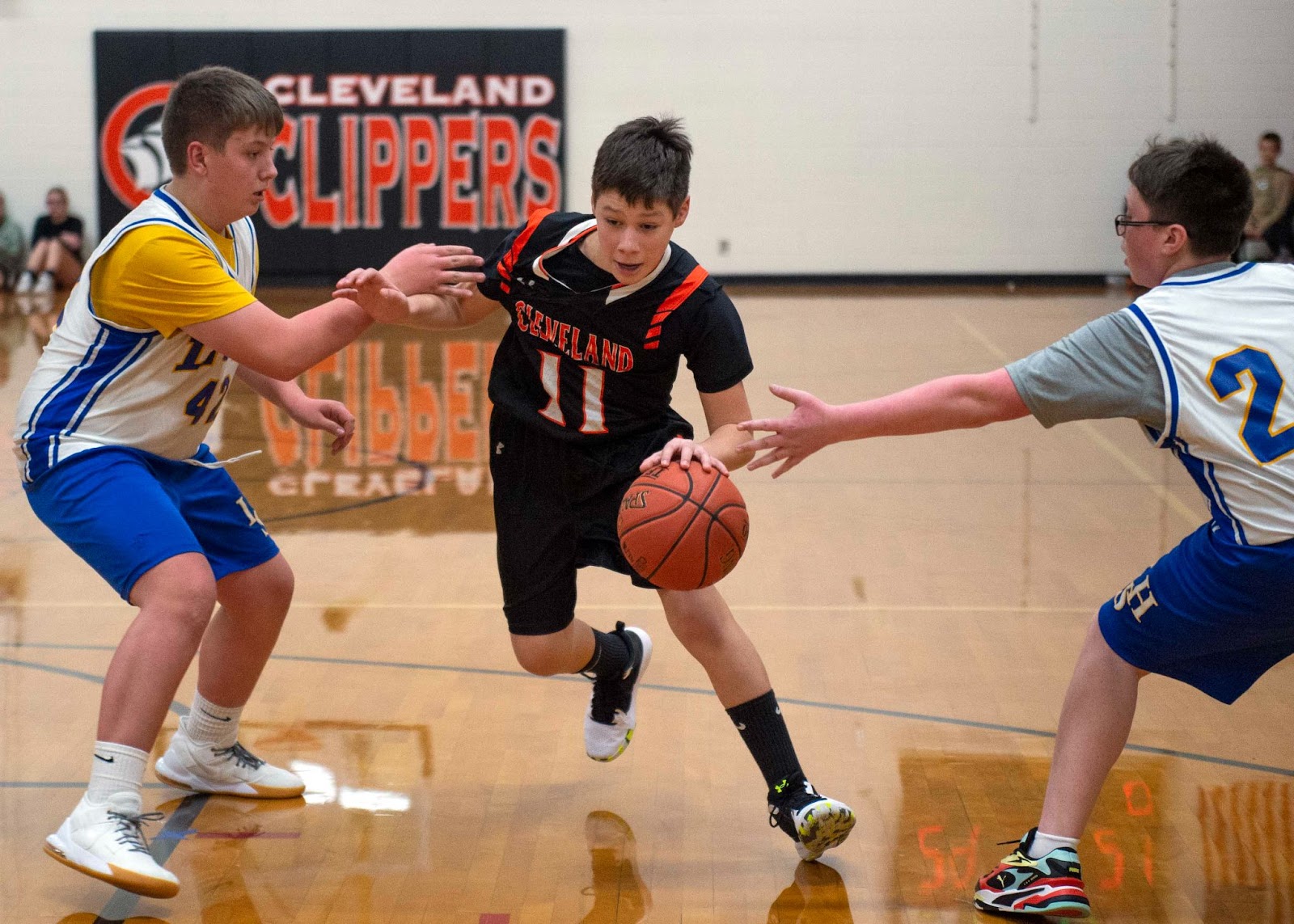 Mason Kluntz fights through a pair of defenders. 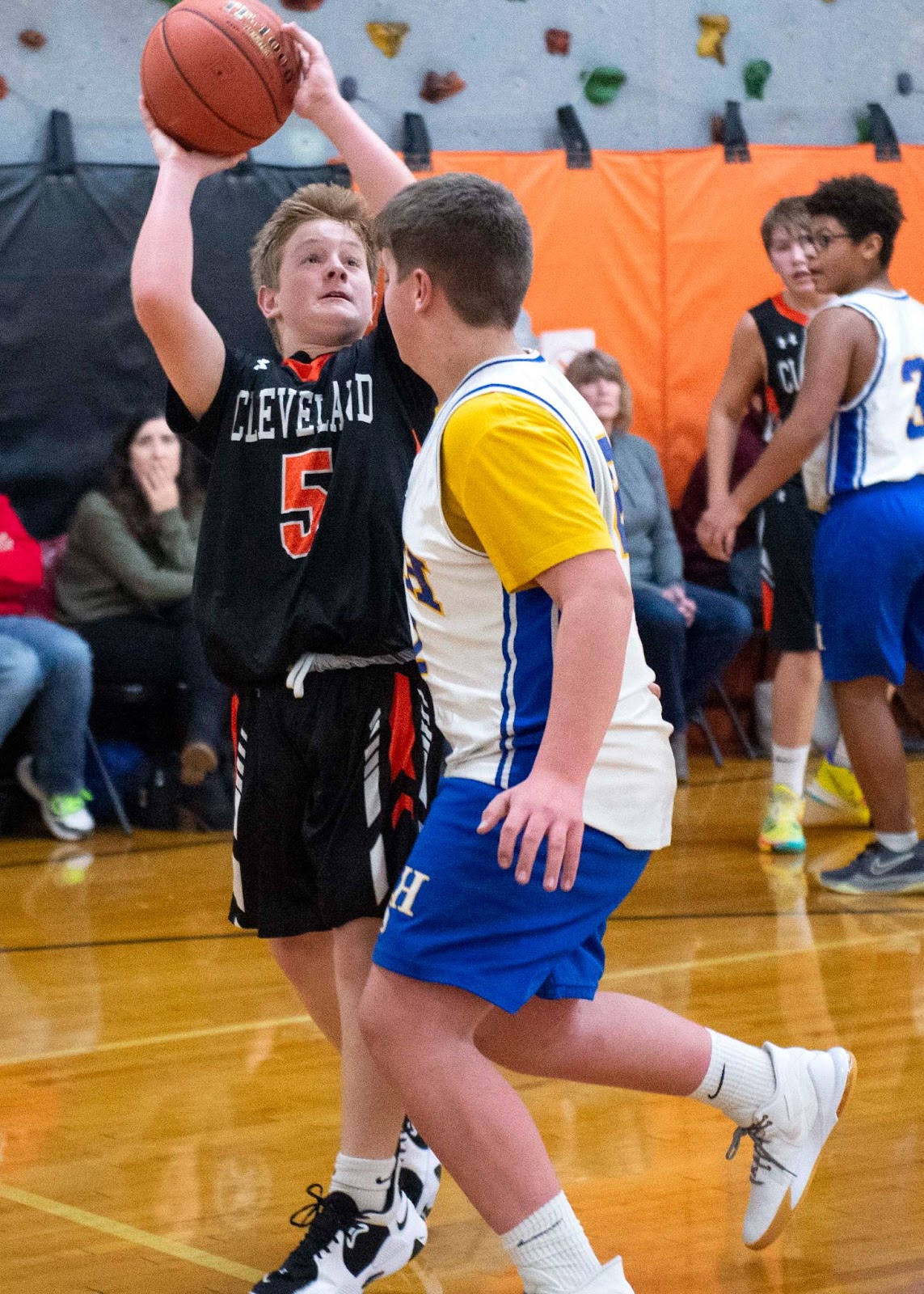 Caleb Connor goes up for a shot.