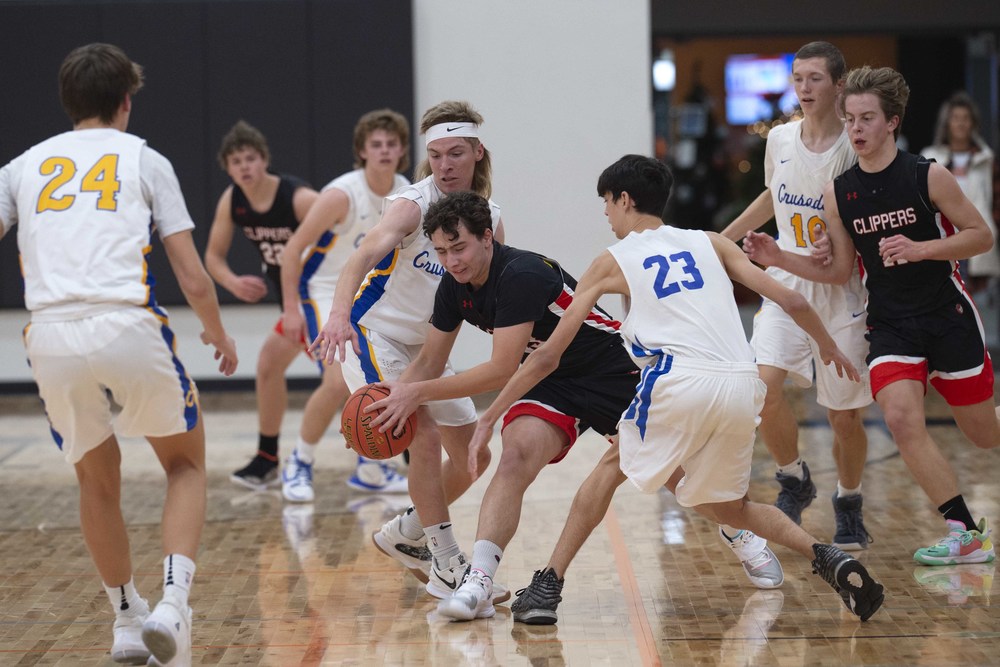 Above: Ethan Fuller tries to work his way through a crowd of Loyola defenders.

Turnovers prevented a 3-0 start for the Clipper B-squad boys as they fell to visiting Mankato Loyola 26-19 on Tuesday,

The Clippers, coached by Curt Buhl for the absent Lon Voss, were coming off a pair of wins at the Wabasso tip-off tournament:  33-29 over Heron Lake-Okabena/Fulda on Friday and 39-24 over Clinton-Graceville-Beardsly on Saturday. Larry Walechka mentored those two games.

With a Jaden Miller baseline drive for a basket followed by a two from Blake Lyons, the Clippers got off to a good start against Loyola.

But quickly playing catch up Loyola scored from inside, and after Miller dropped in a three, the Crusaders went on a 6-point run.

Miller drove the baseline for another basket, but that was all for the Clippers in the first half. The Crusaders scored the next six points to lead 17-9 at the break.

After Ethan Fuller and Miller hit a couple of threes, the Clippers pulled within six points in the second half, 23-17, but they couldn’t keep a handle on the ball, and the Crusaders held on for the win.

Miller led an overall lackluster Clipper effort with 10 points. Braeden Hastings had six points, all from the charity stripe. Fuller had three points. Lyons, who played only in the first half, scored one basket. Fisher Knish put in three free throws.

Against CGB, Carter Barto had 10 points, all in the second half.  Fuller had eight points. Jorden Rossow scored seven points. Gabriel Sullivan had six points, all in the first half.  Hastings and Hunter Plafcan each scored a three-point basket. Kyle Connor had two points.

With 11 points, Barto also led the Clippers over HLO/F.  Lyons had six points, all in the first half. Sullivan and Hastings each had five points. Miller had four points. Plafcan had two points.

In the opening act on Monday, the C-Squad boys pulled off a 31-25 win over the Crusaders. Connor led his teammates with 10 points. Plafcan scored eight points. Kale Kelley and Alex Johnson each had six points. Brady Bostic made a free throw. 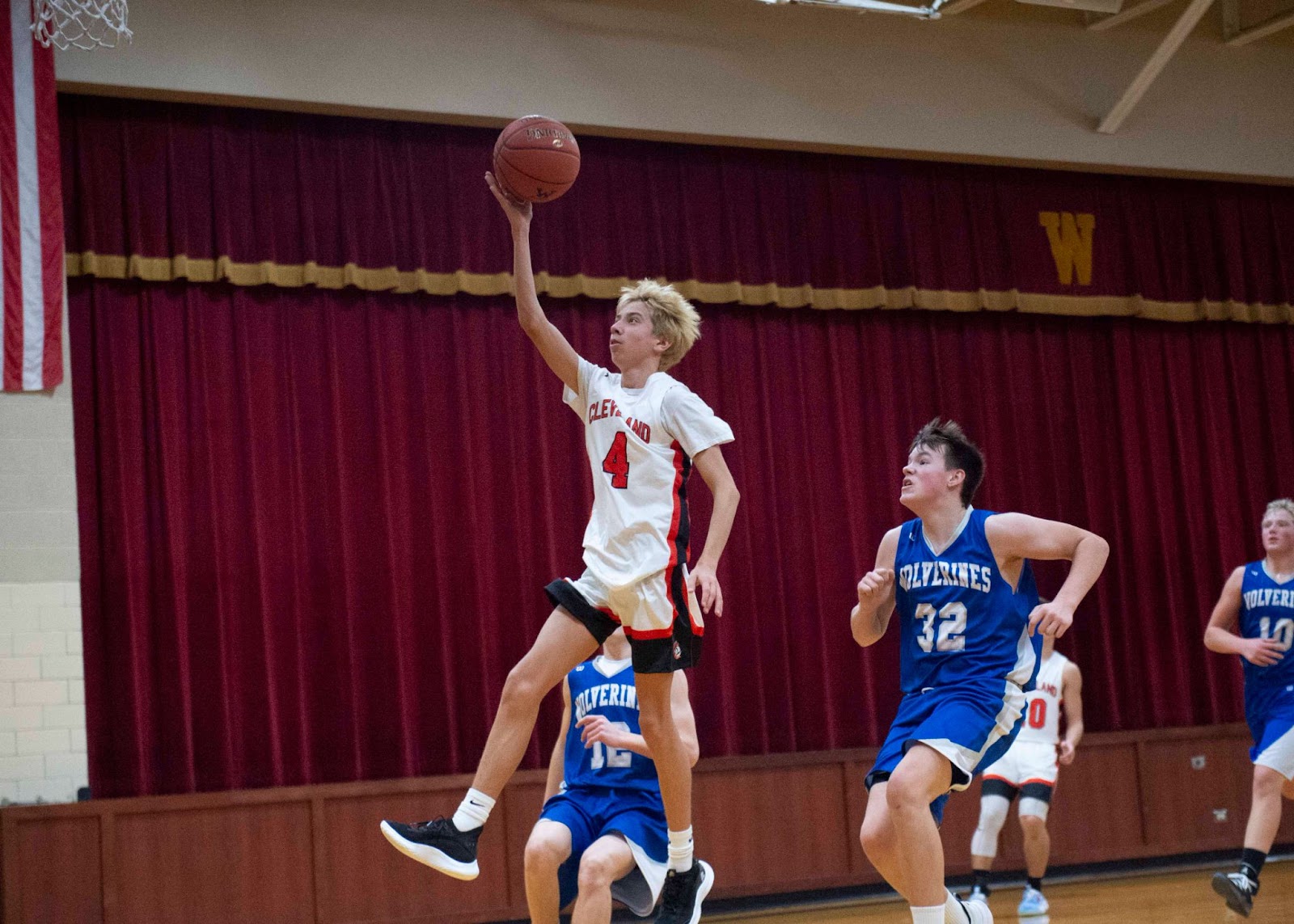 Jorden Rossow drives in for a layup against CGB in Wabasso on Saturday. 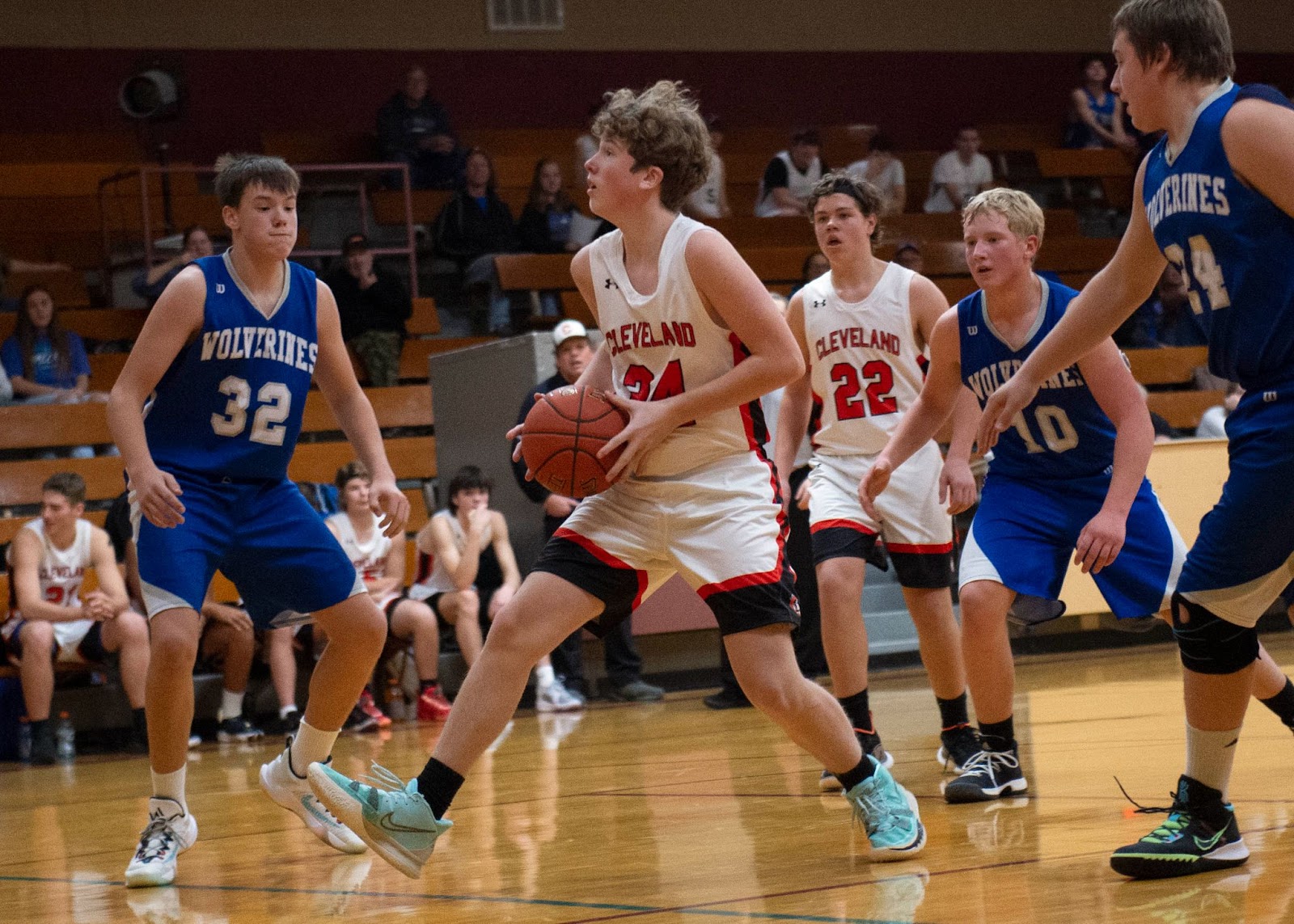 Kyle Connor moves toward the basket against CGB. 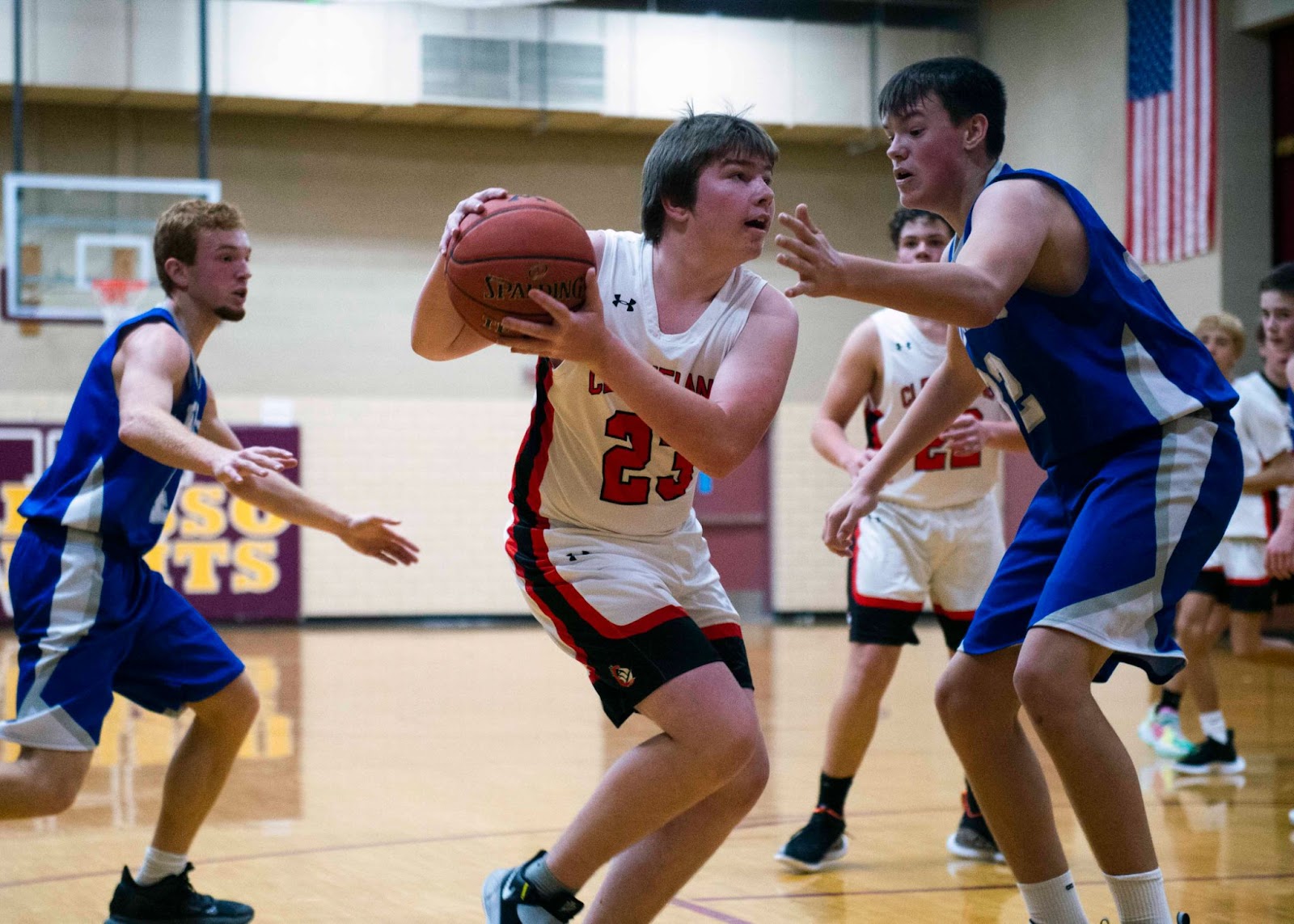 Hunter Plafcan pulls up against a CGB defender. 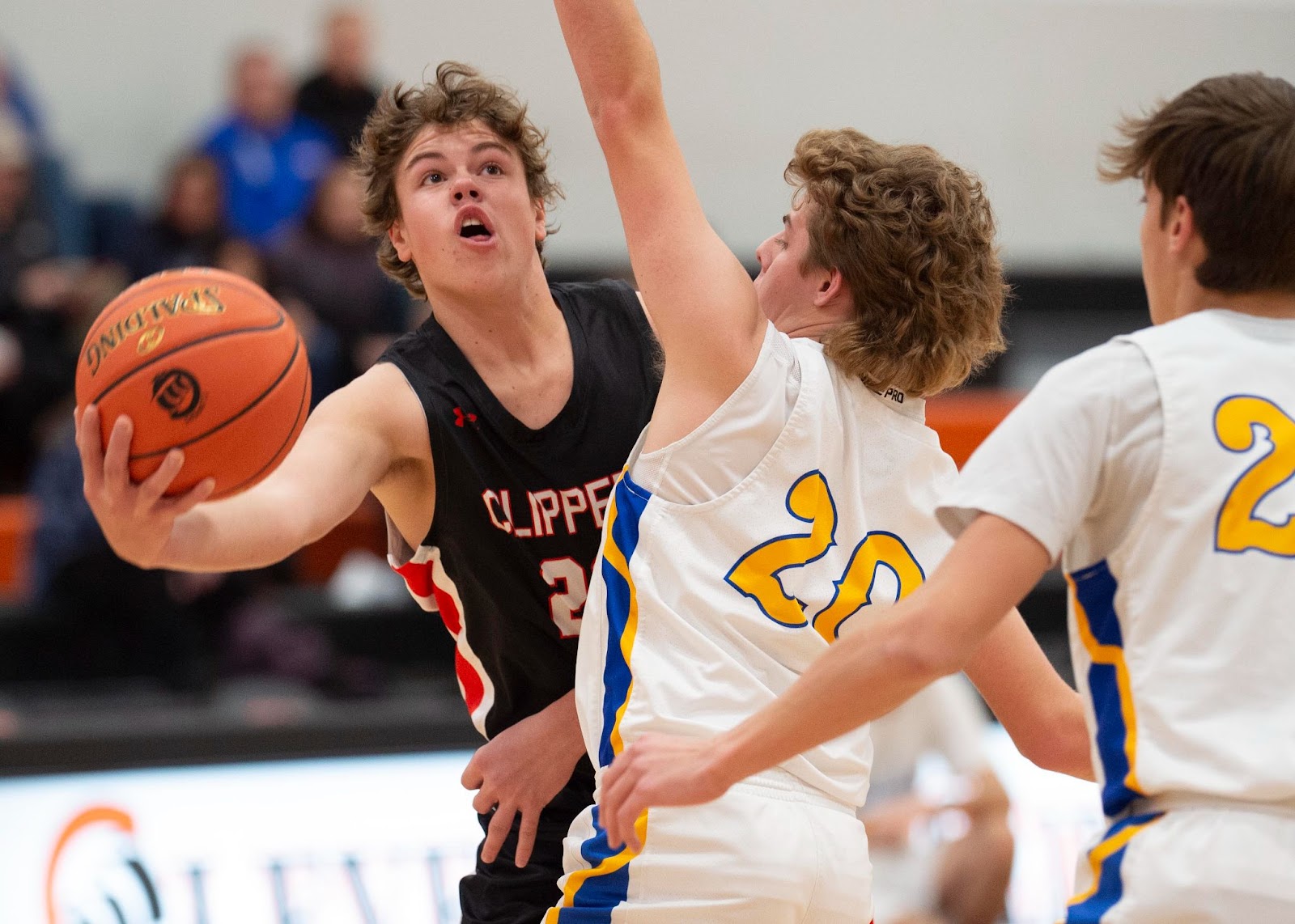 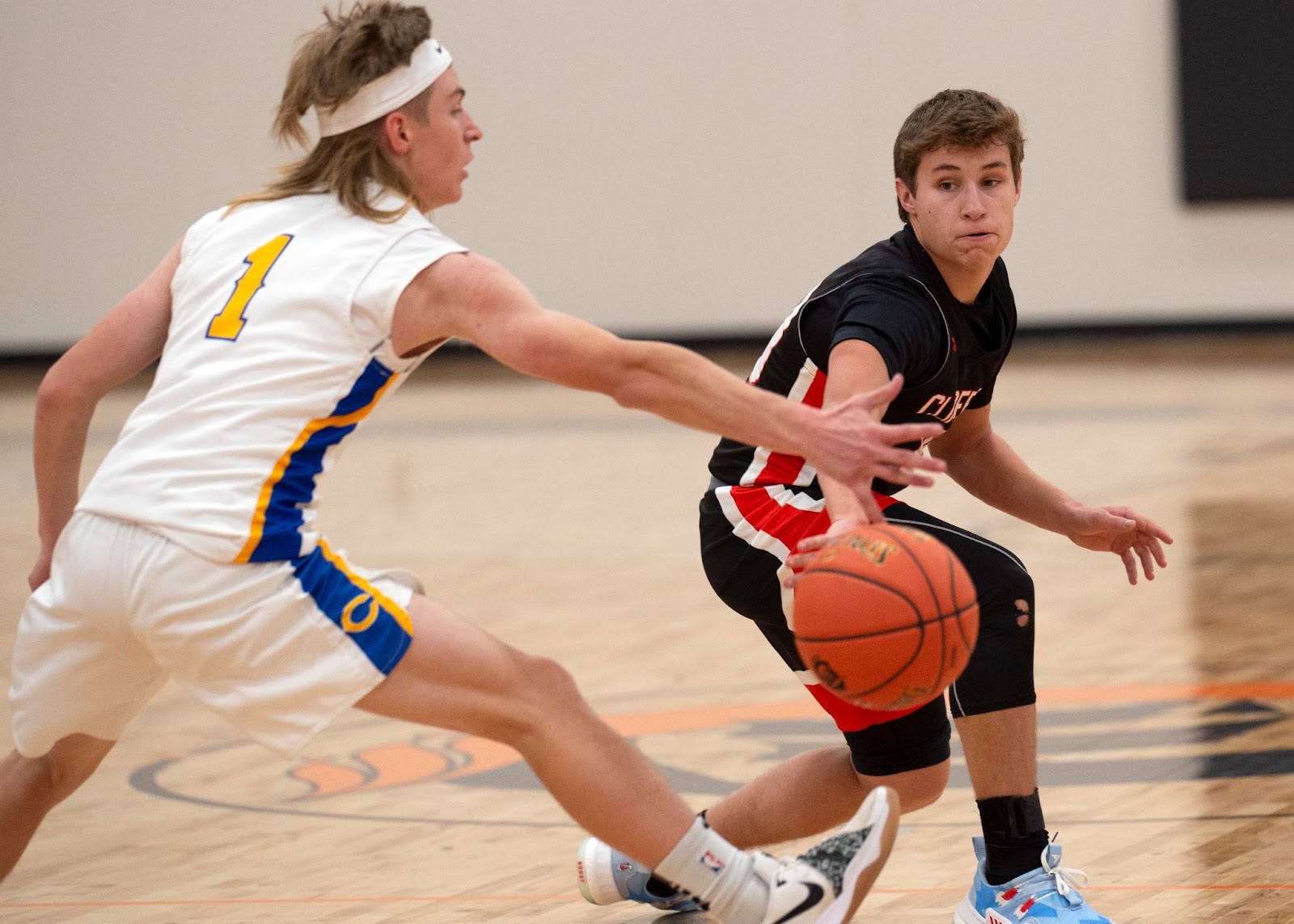 Braeden Hastings dishes off as a Loyola defender moves in. 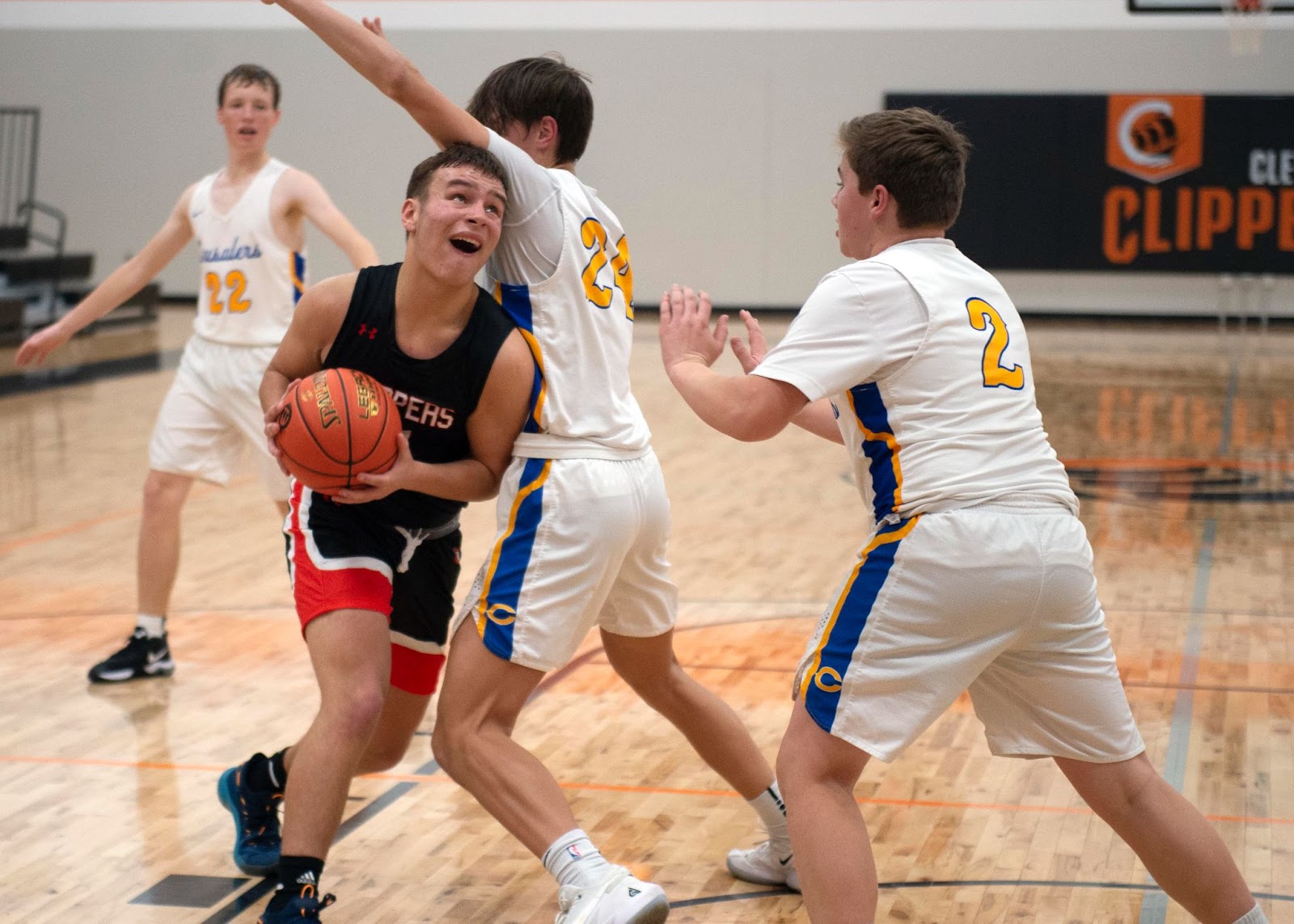 Fisher Knish on the drive against Loyola.