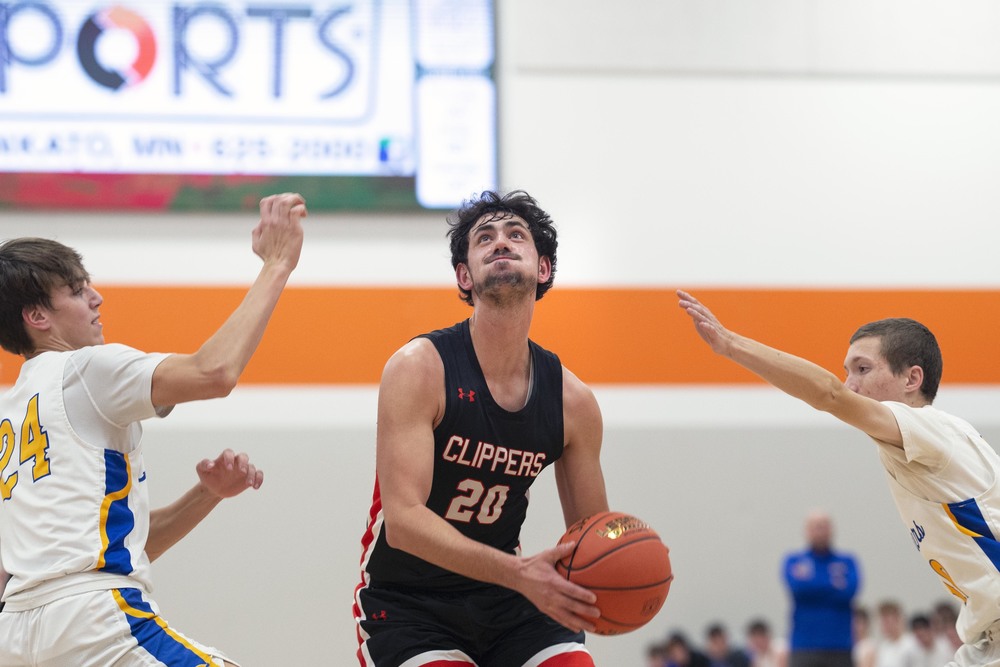 Above: Kolby Gens led the effort with a dozen points.

The varsity boys and their new head coach Mike Meyer were in the same proverbial boat on Tuesday when Mankato Loyola came to town and doubled up on the Clippers 78-39.

For all, the start of the 2021-22 season is about taking the long stride to the top level.

But with the Crusaders’ frantic pace, trying to sort out the game was a difficult task for Meyer, a 2008 CHS graduate, who has coached younger Clipper teams in the past.

“I wanted to see what each of these guys have in them. I had to figure out who could play what position, but it was tough because we were playing a really good team. It’s a high-tempo game, so for us to try to figure stuff out…that’s the unfortunate part about me having to step in with one day of practice: that we have to learn on the fly.”

Kolby Gens rebounded his own shot and scored for the Clippers’ first basket, but Loyola went up 17-2 before the Clippers scored again, this time on a Gens jumper.

Braeden Hastings put in a reverse layup, Carter Dylla scored a two and a three, Lucas Walechka spun inside for two, and Colin Krenik sunk a two from the corner, but the Crusaders were up decisively, 46-18 at the break.

Continuing with the press, Loyola scored the first eight points of the second half before Gens dumped in a jump shot. The Crusaders went on to cakewalk to the victory.

The Clippers ended the night with 27 turnovers.

“A couple of these guys they came out and they delivered, but a lot them got caught in the moment," said Meyer, whose biggest goal for the Clippers this year is to get them to communicate. “You feel that pressure and you just want to get that ball out of your hands, so they are making passes that they shouldn’t. They are good players. It’s a talented team, but they get caught up, and they just want to get the ball down the court.”

“I think once we get into it, once we get past these first few games and the jitters that we have we will be able to control some of that tempo and run some of offense,” Meyer said.

Dylla led the Clippers on the boards with five rebounds.

Meyer was looking to get into coaching at Cleveland before the varsity head coaching position abruptly opened last week. He said he took the job because he thought he could up the overall system.

“I want Cleveland to have a great program. We had some success when I played in high school, but I wanted to see more than what it’s been.” 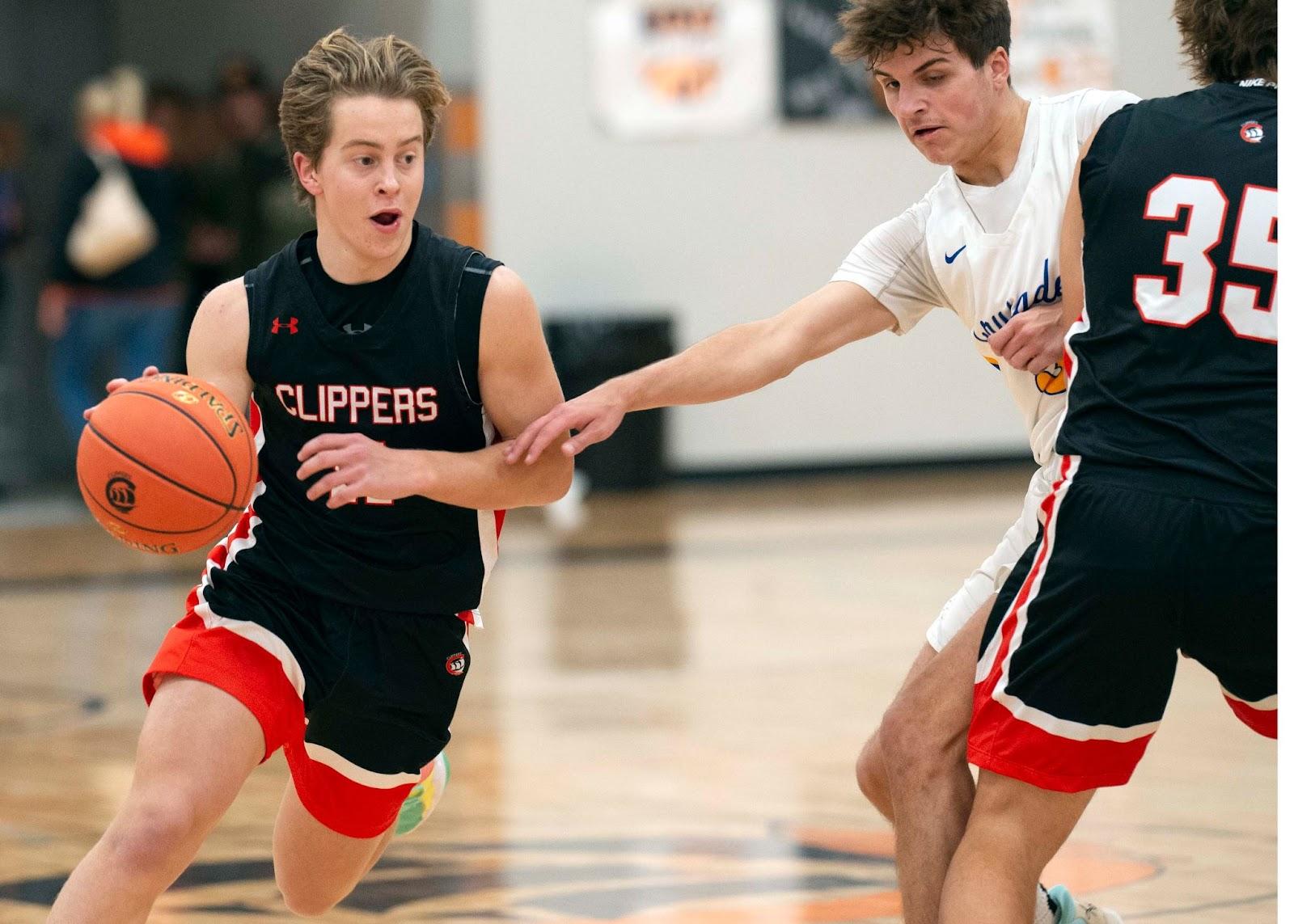 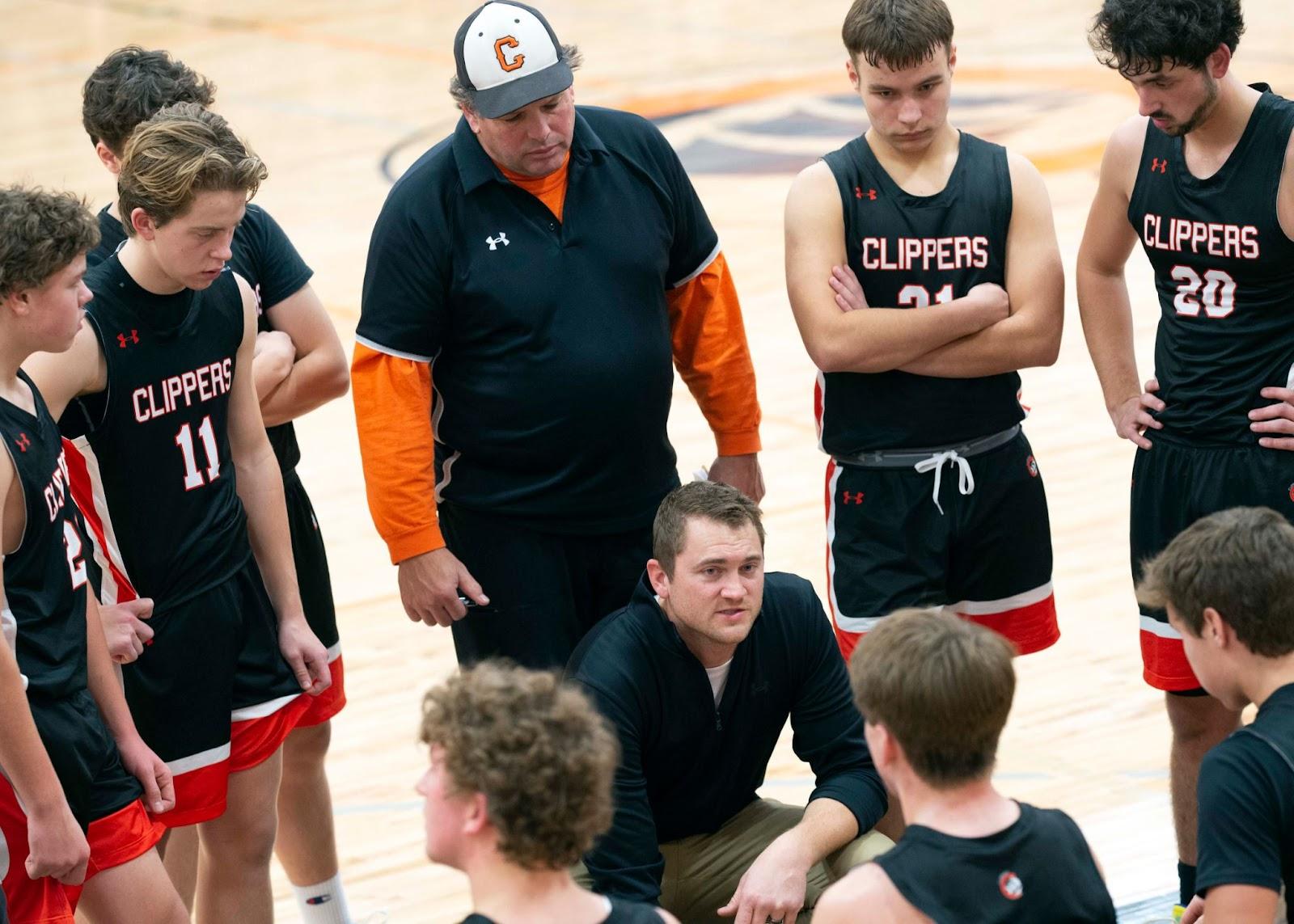 Mike Meyer, in his first game as head varsity coach and his second day on the job, talks to his team during a timeout. 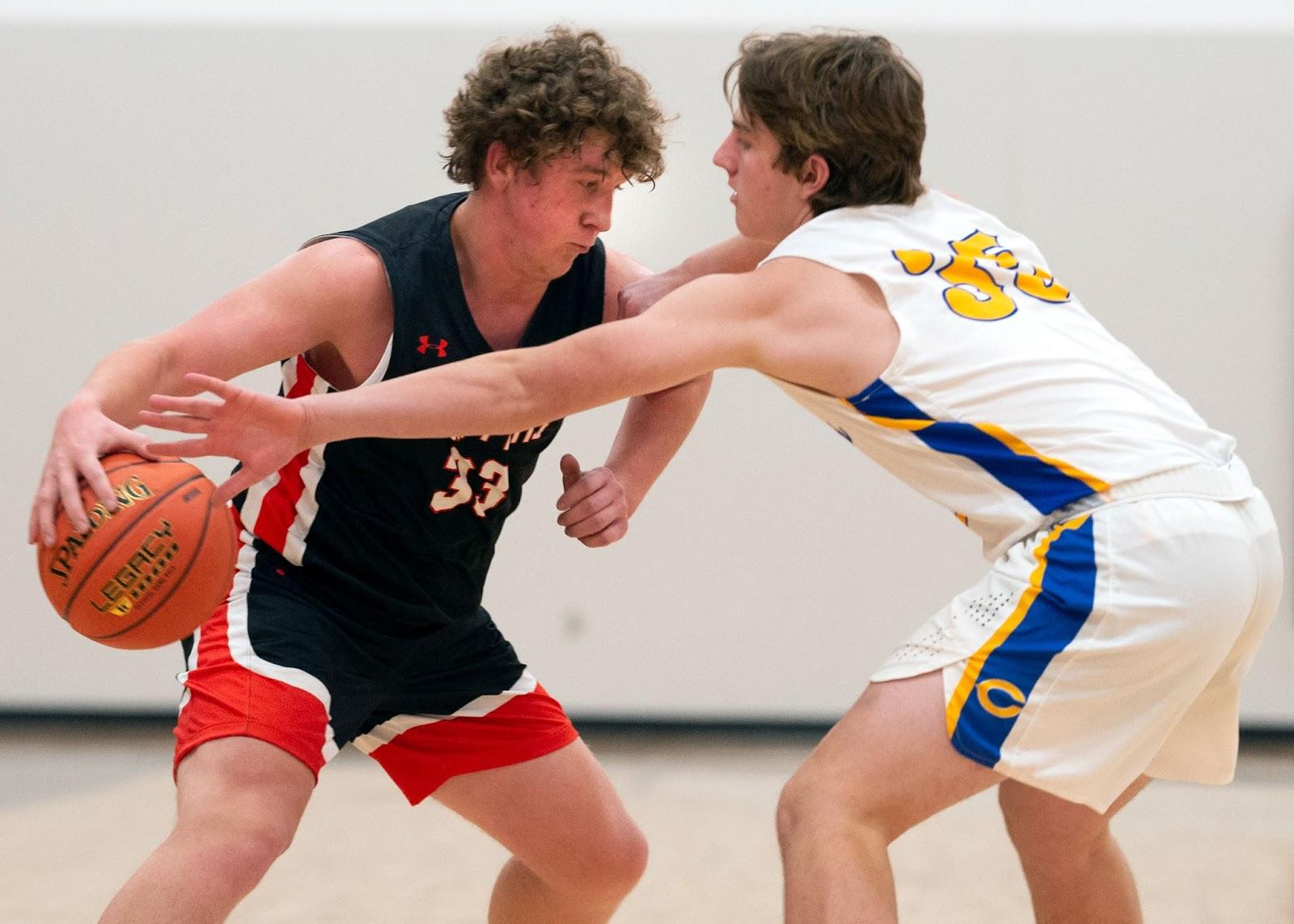 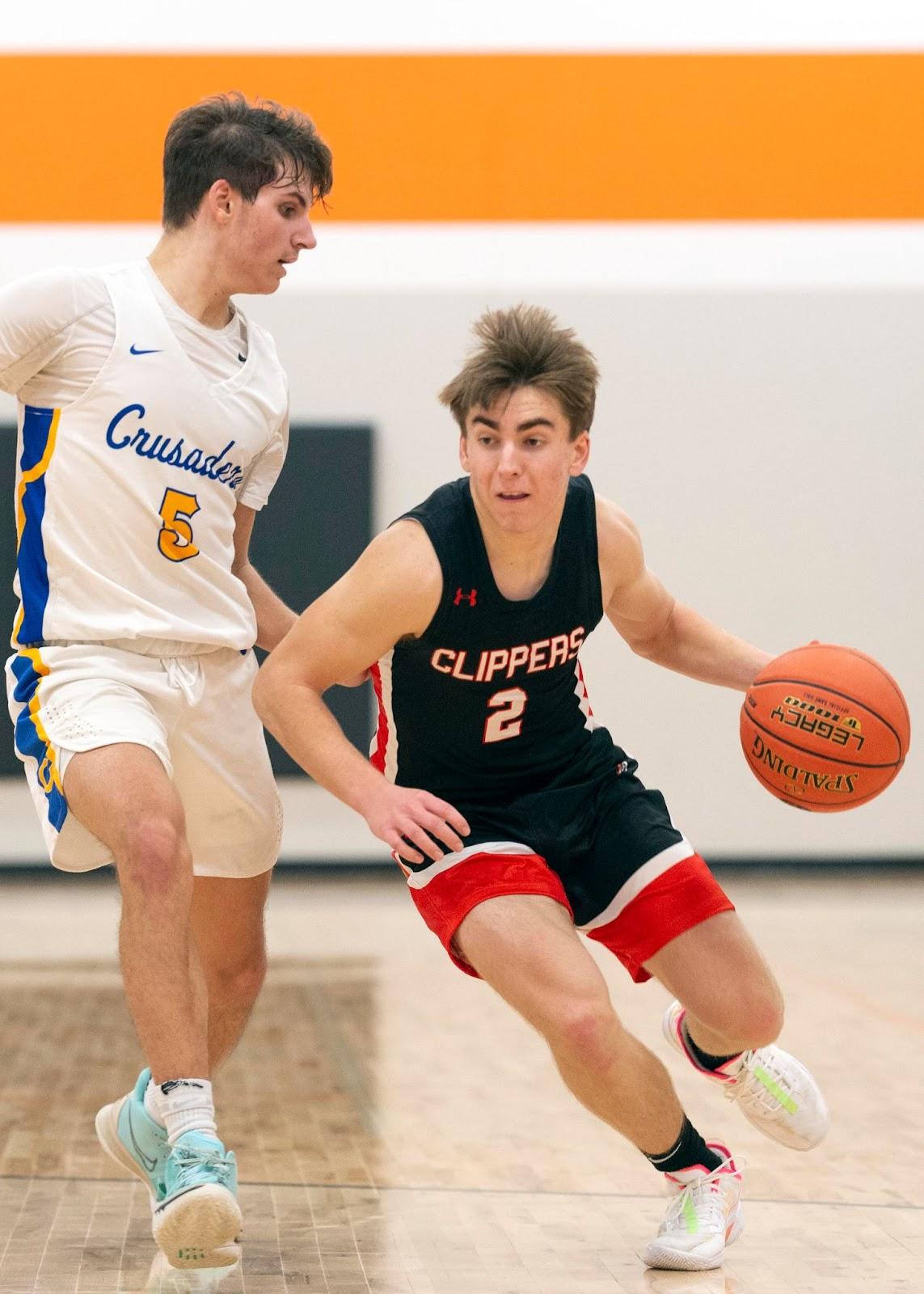 Carter Dylla hustles to the Clipper side of the court. 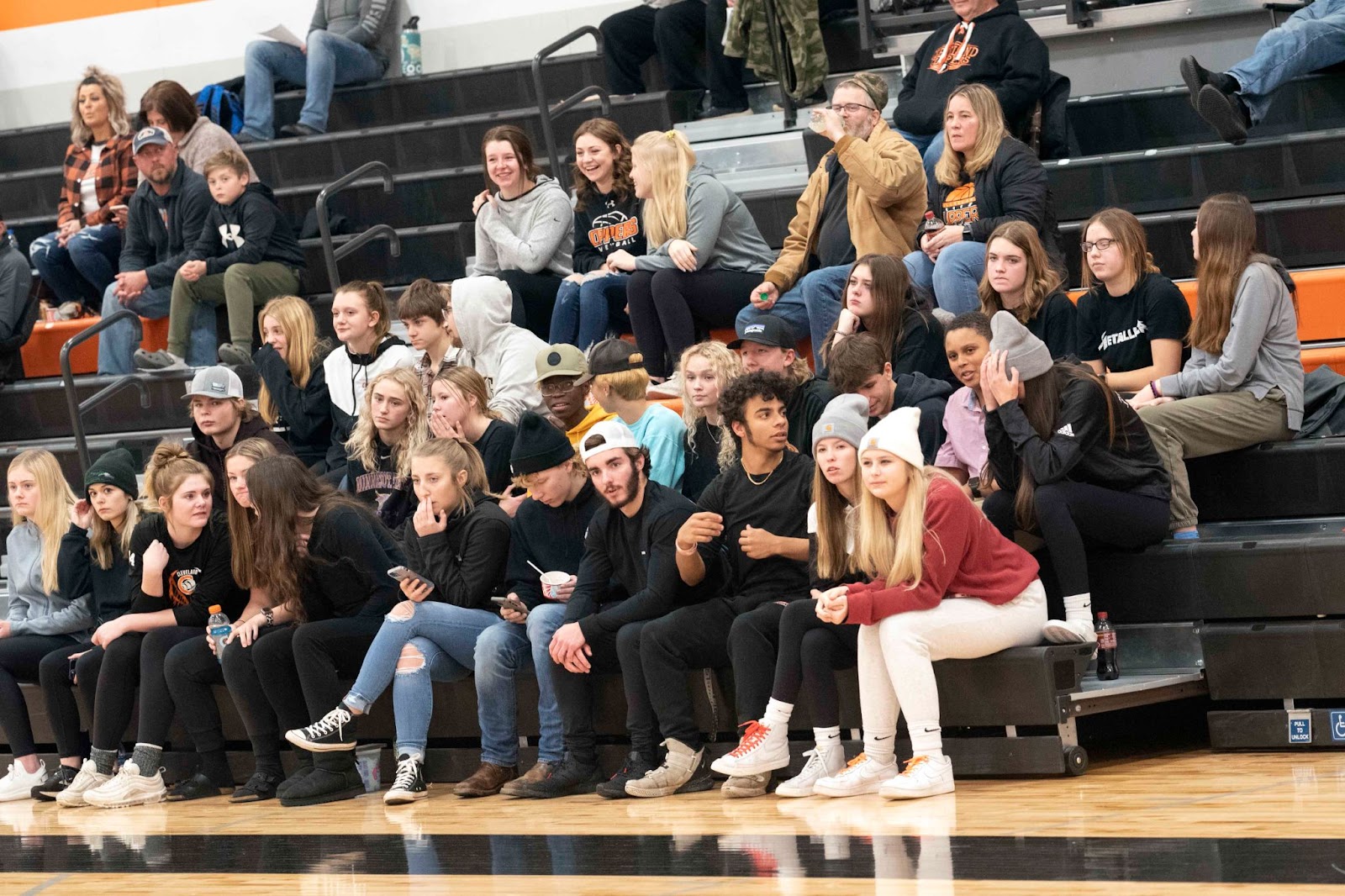 It was blackout night in the student section.