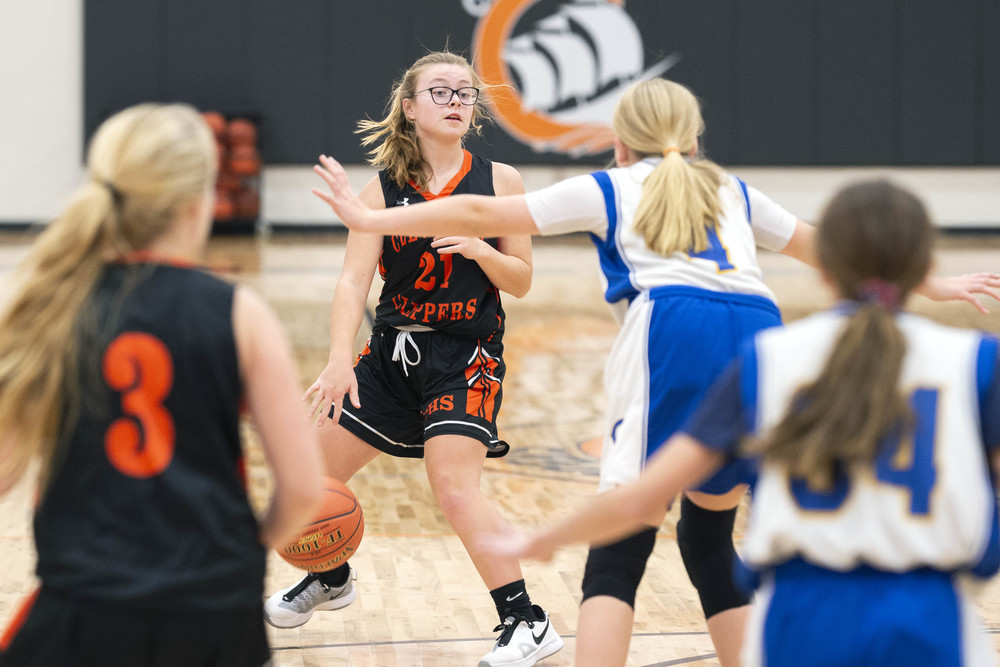 Above: Delany Thompson of the seventh grade team dribbles into scoring position.

Visiting Mankato Loyola’s late rally wasn’t enough, and the seventh grade girls hung on for a 16-15 win on Thursday in the new gym.

Later in the day, their eighth-grade counterparts gave up too many turnovers, and the Crusaders finally capitalized on them down the stretch to beat the Clippers 22-14.

With the seventh graders down 4-0, Keira Schipper put in a jumper, Taylor McCabe and Haddie Jobe each made the first of two free shots, Delaney Thompson scored on a layup and then took another Schipper assist in for a basket, and the Clippers were up 8-6.

With layups by McCabe and Kaitlyn Flowers, the Clippers were in front 12-6 at the beak.

The Crusaders scored the first three points of the second half, but Schipper took an in bounds pass up and in. Following up, McCabe put a Schipper handoff in for a basket, and the Clippers led 16-9.

The Crusaders scored a pair of threes, including one at the buzzer, but the Clippers held on for the win.

McCabe led the effort with five points. Thompson and Schipper each added four points. Flowers had two points, and Jobe chipped in a point

Sierra McCabe made the first basket for the eighth-grade team, and Mollie Bowman put in two more before the Crusaders finally got on the board at the 6:18 mark.

Jobe took a Flowers pass in for a basket, and Bowman drove in for the score before Loyola capitalized on a steal for the last basket of the first half. The Clippers were in front 10-4 at the break.

Loyola continued to steal in the second half. While most of their ensuing shots didn’t fall through, they managed to go up 11-10 before Bowman took an inbound pass in for a basket and a 1-point Clipper lead.

The Crusaders scored from inside to regain the lead, but Bowman relayed another inbound pass in for a basket and a 14-13 Clipper advantage.

Loyola kept on the steal though, and their shots finally started dropping. They scored the final nine points, including two baskets from behind the arc, to seal the victory.

The junior high Clippers are back in action on Tuesday when they road trip to Janesville. 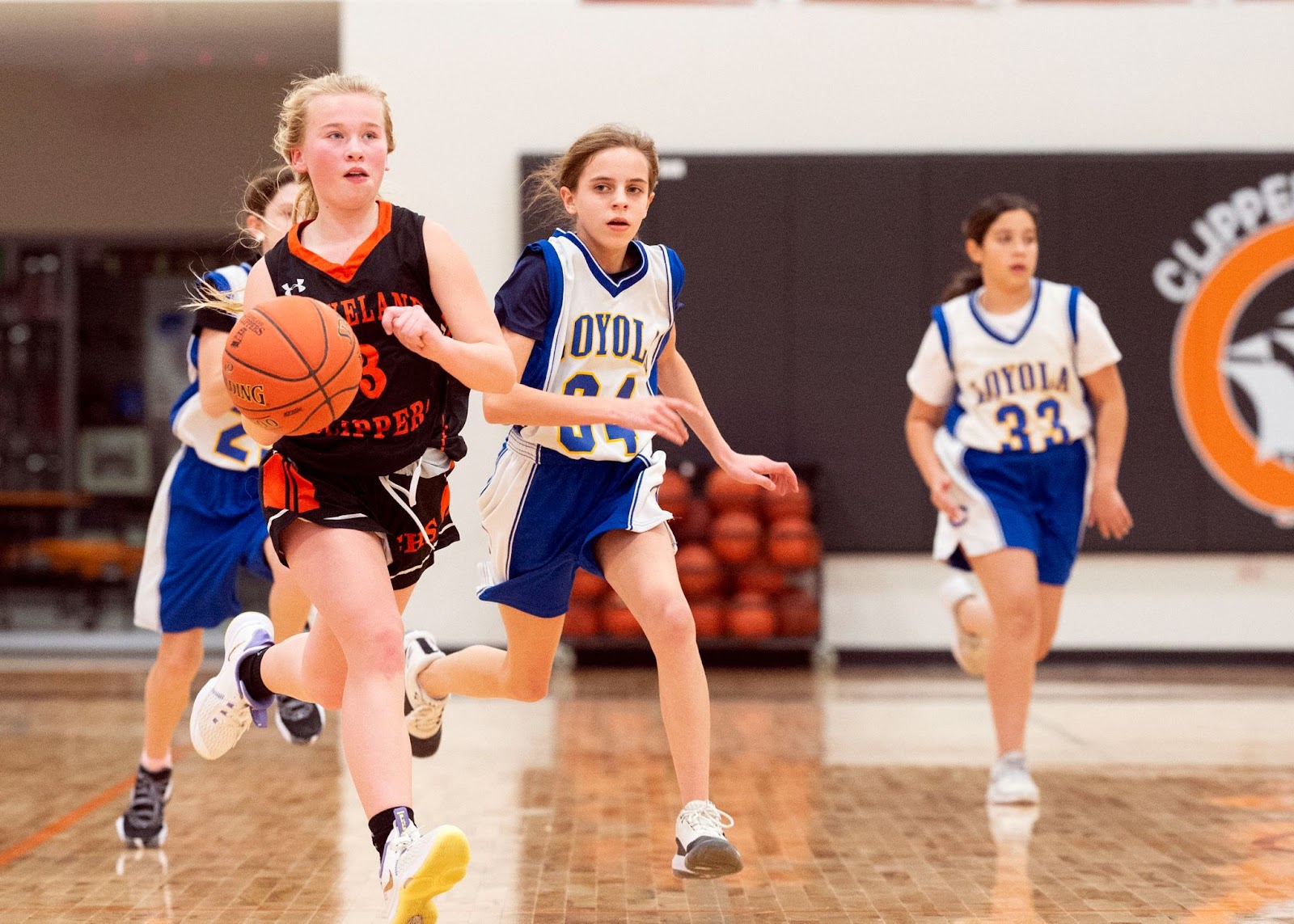 Haddie Jobe hustles the ball down court during the seventh-grade game. 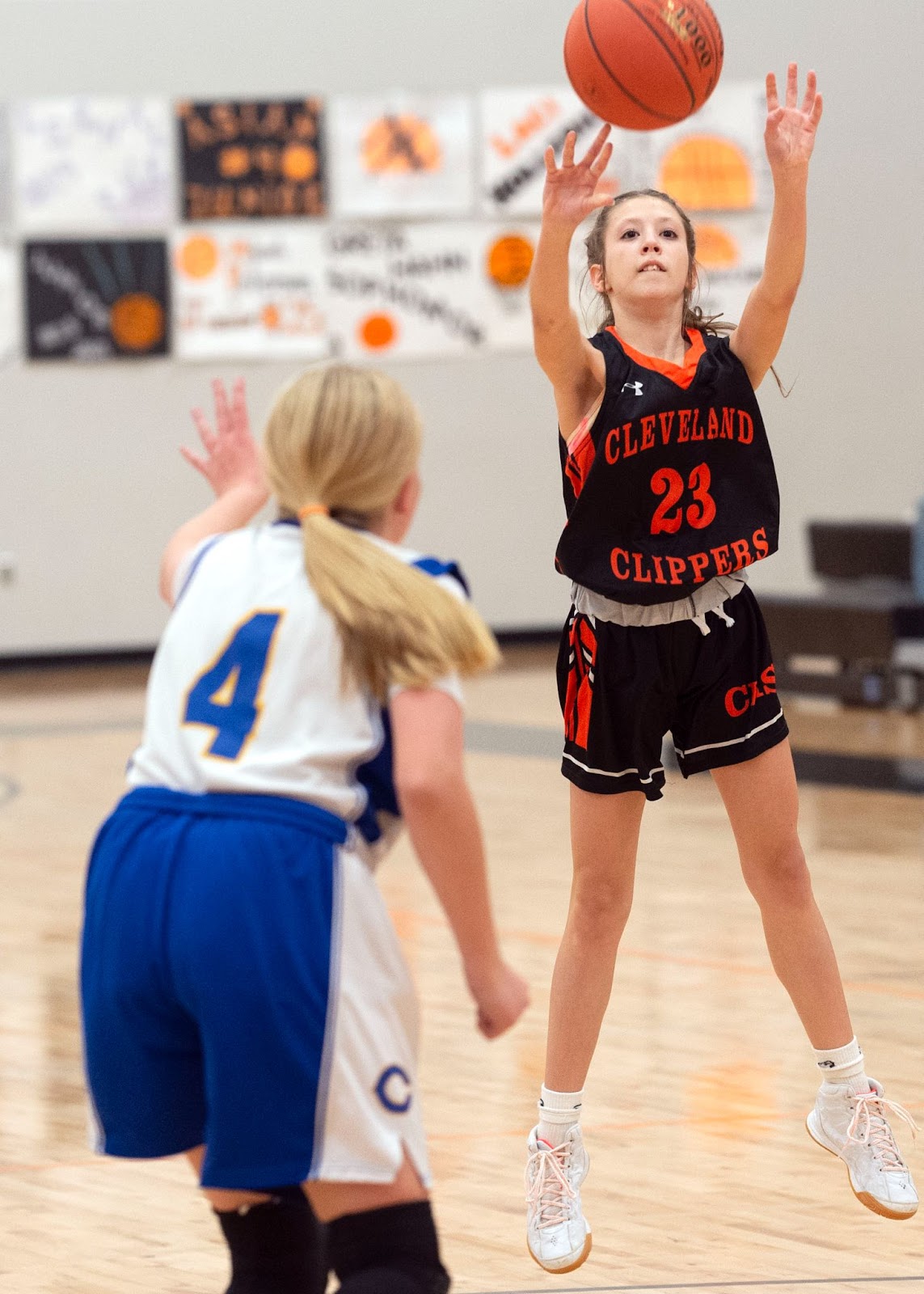 Taylor McCabe puts up a shot during the seventh-grade game. 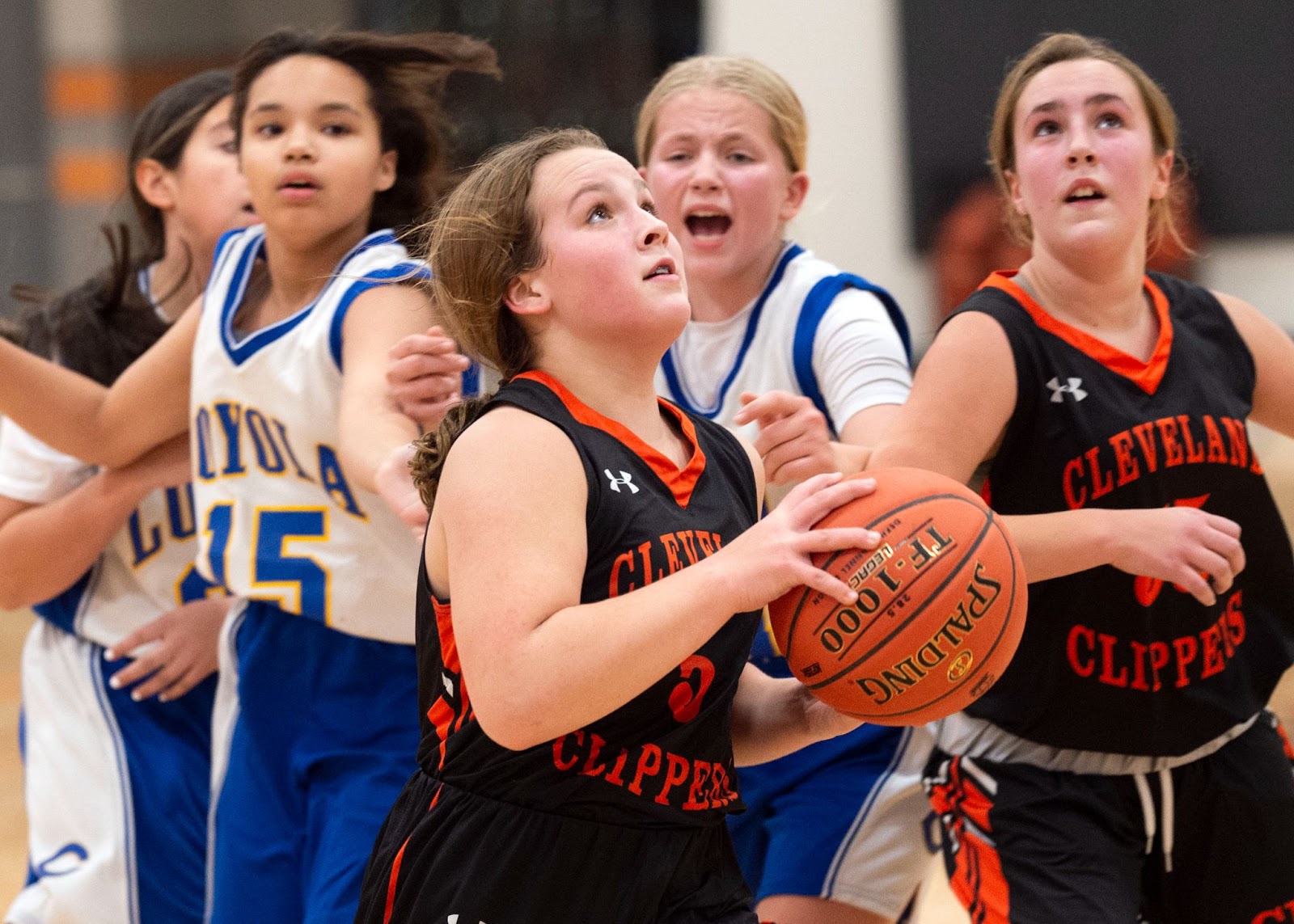 Kaitlyn Flowers eyes the rim during the seventh-grade game. 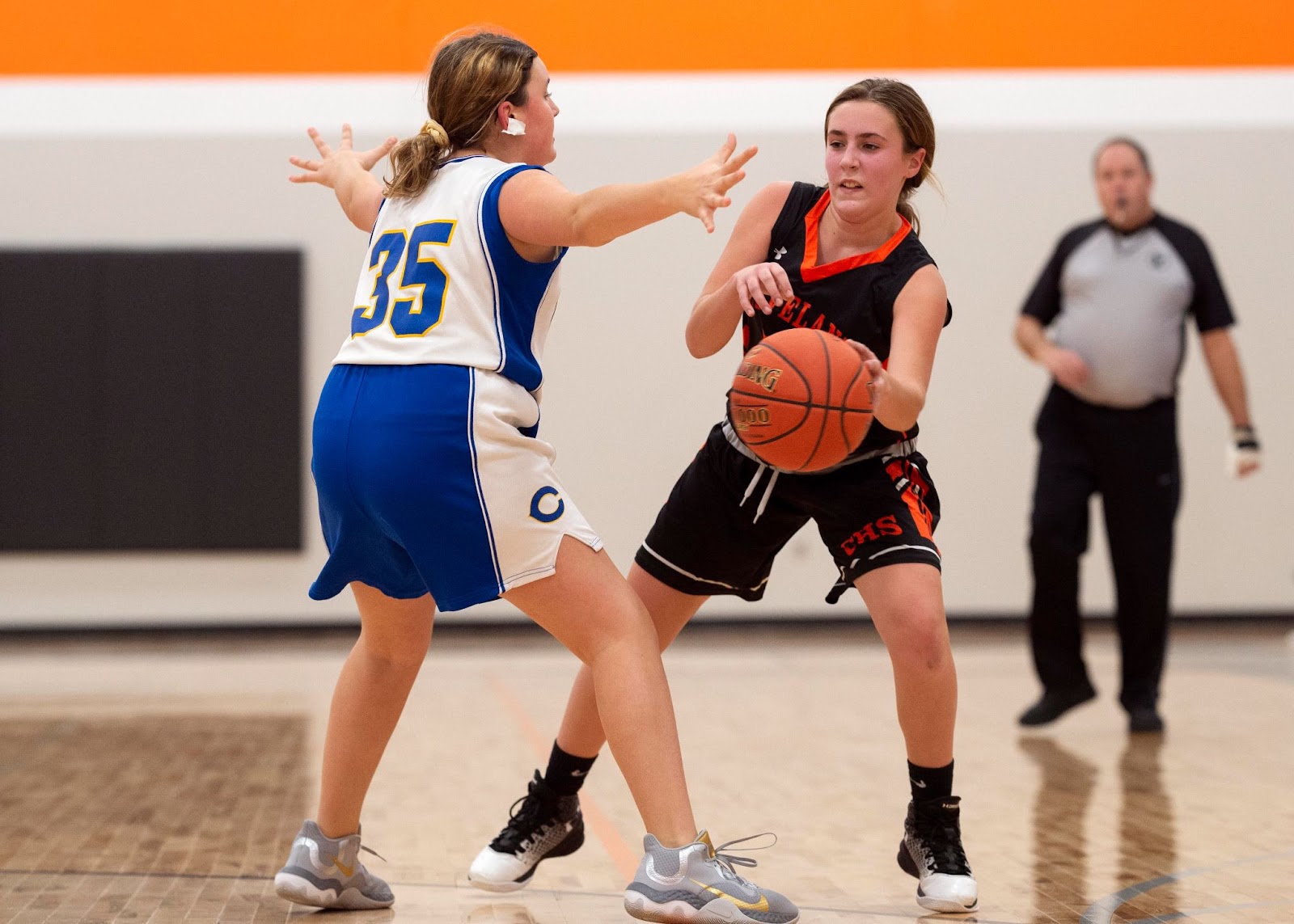 Taylor Wolf dribbles in front of a defender during the seventh-grade game. 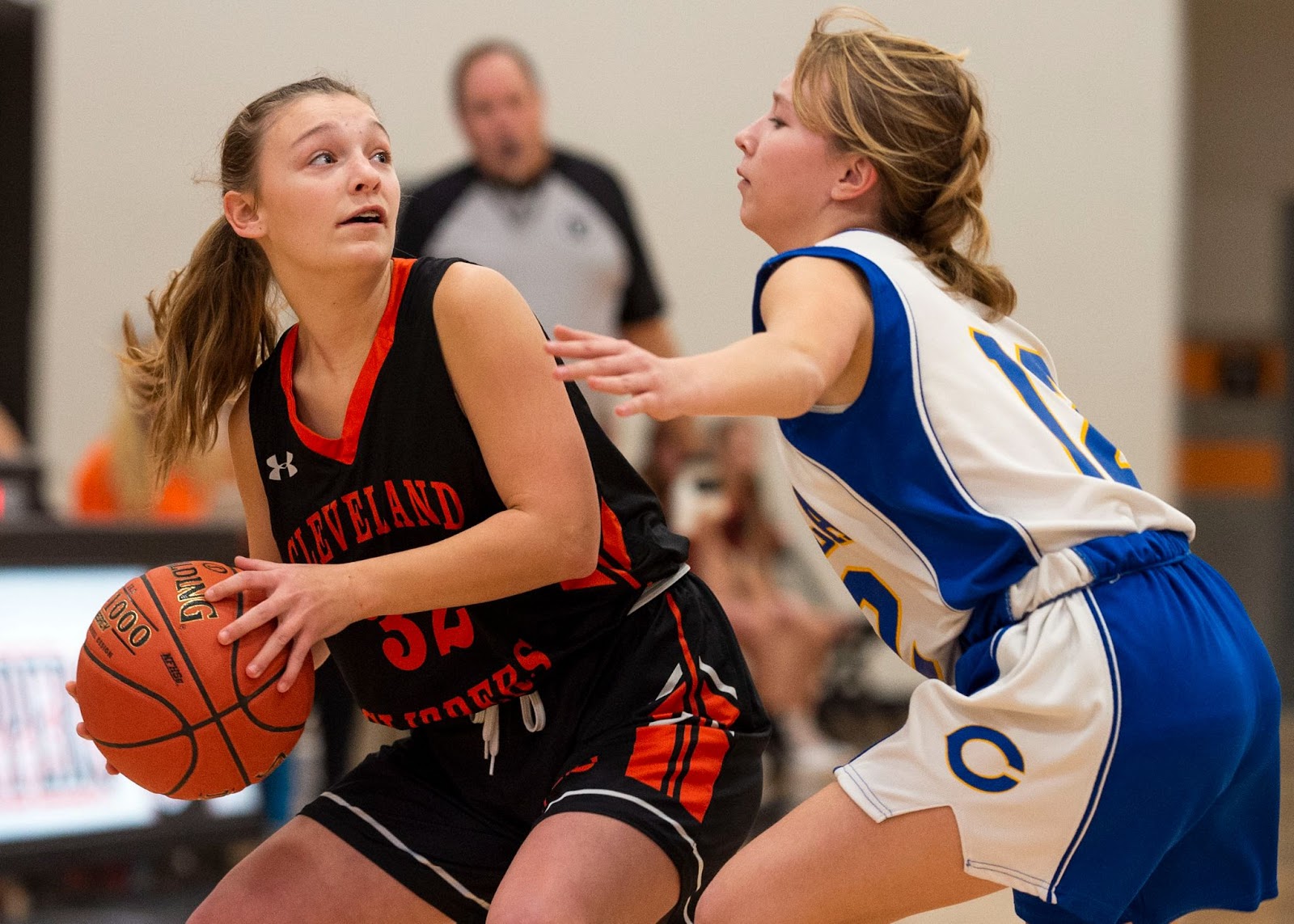 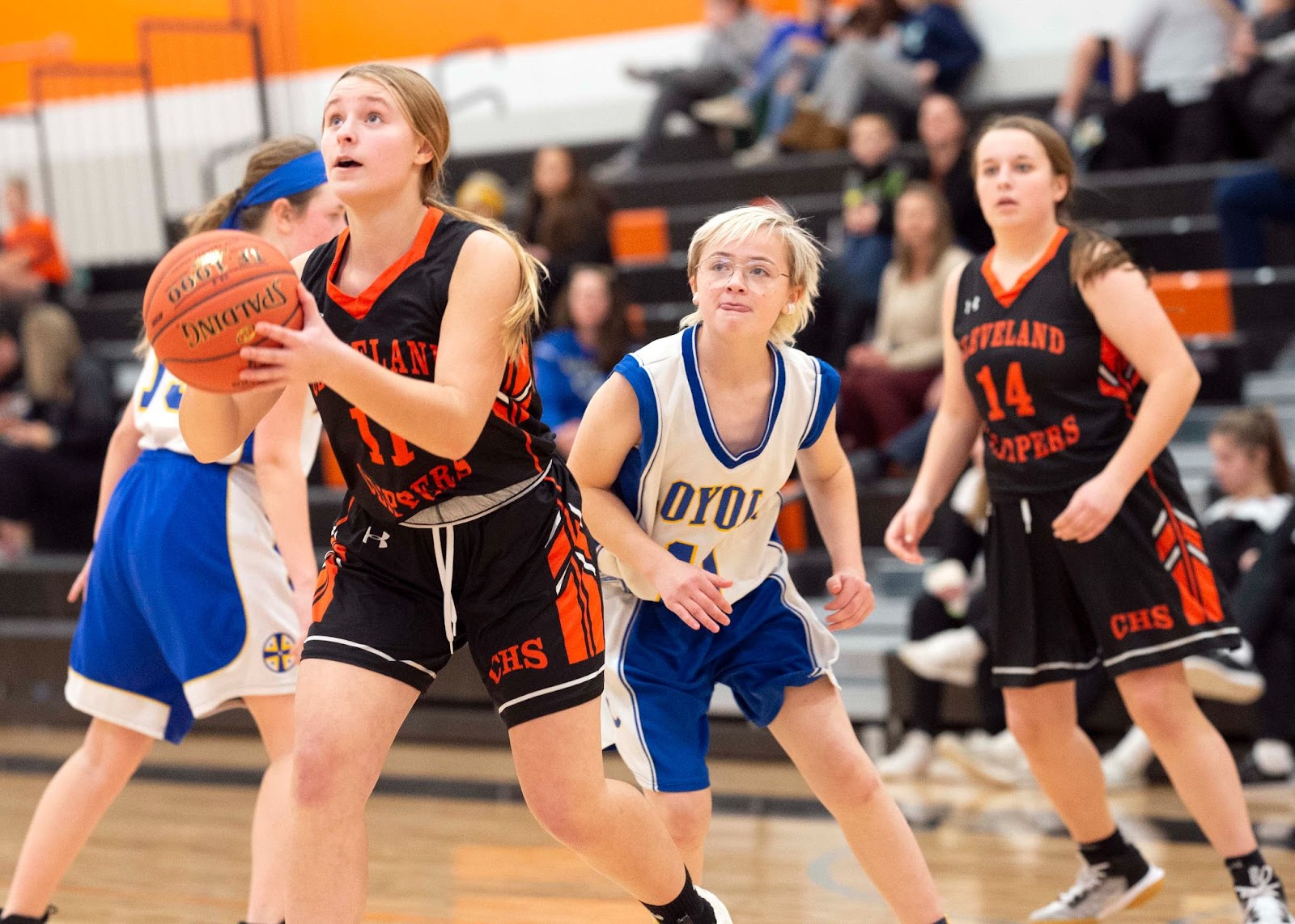 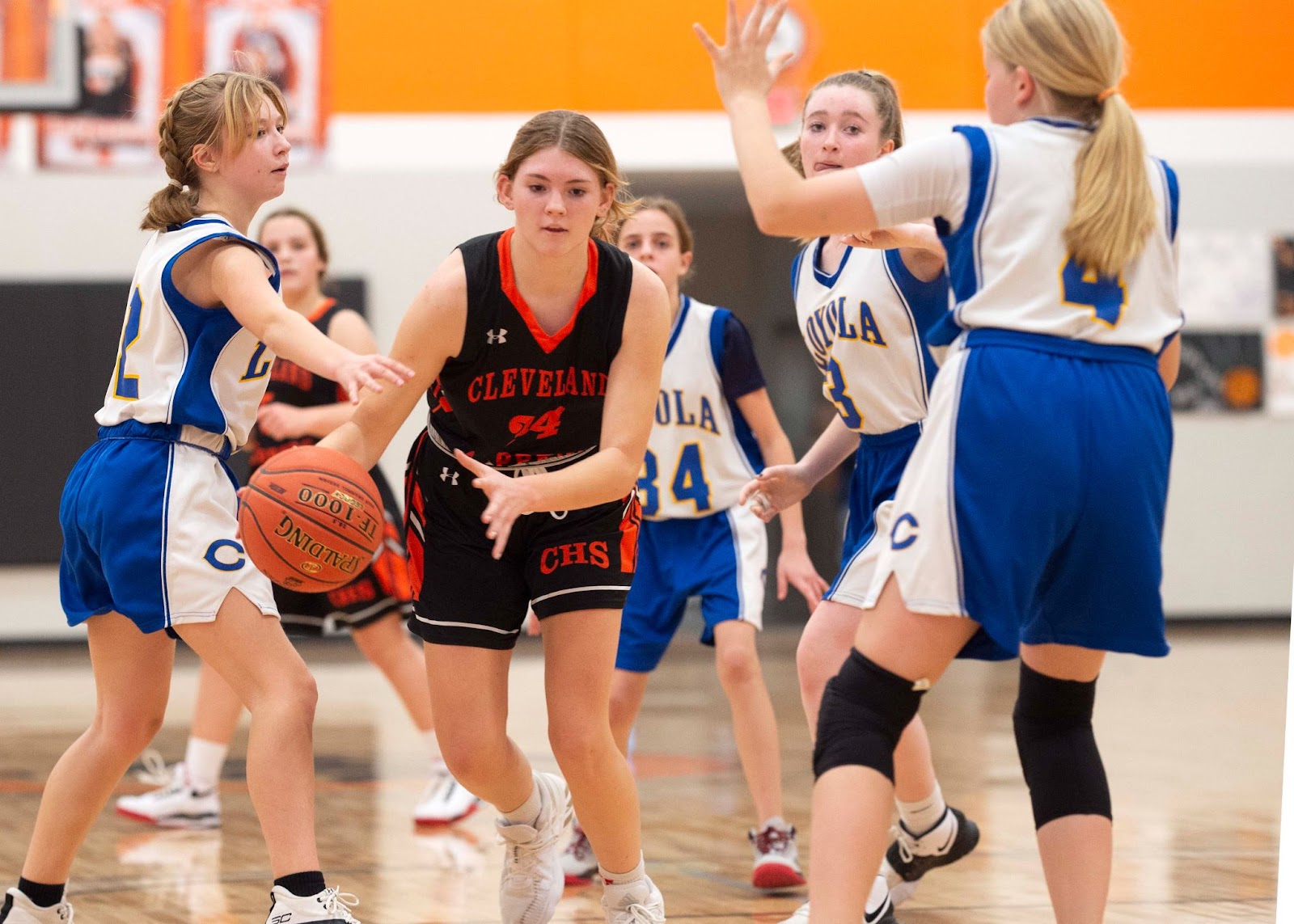 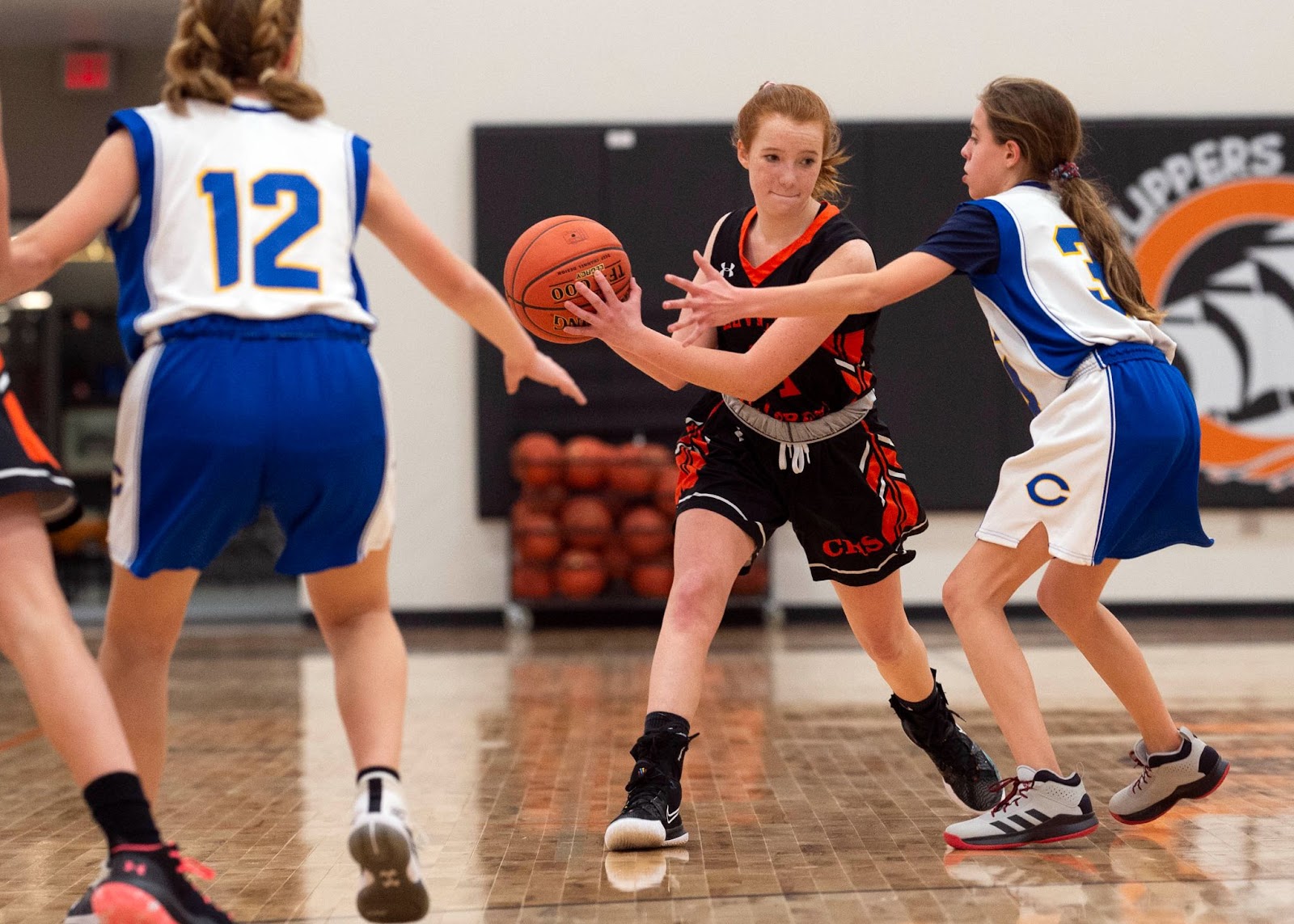 Eighth-grader Sam Baker sets up for a pass. 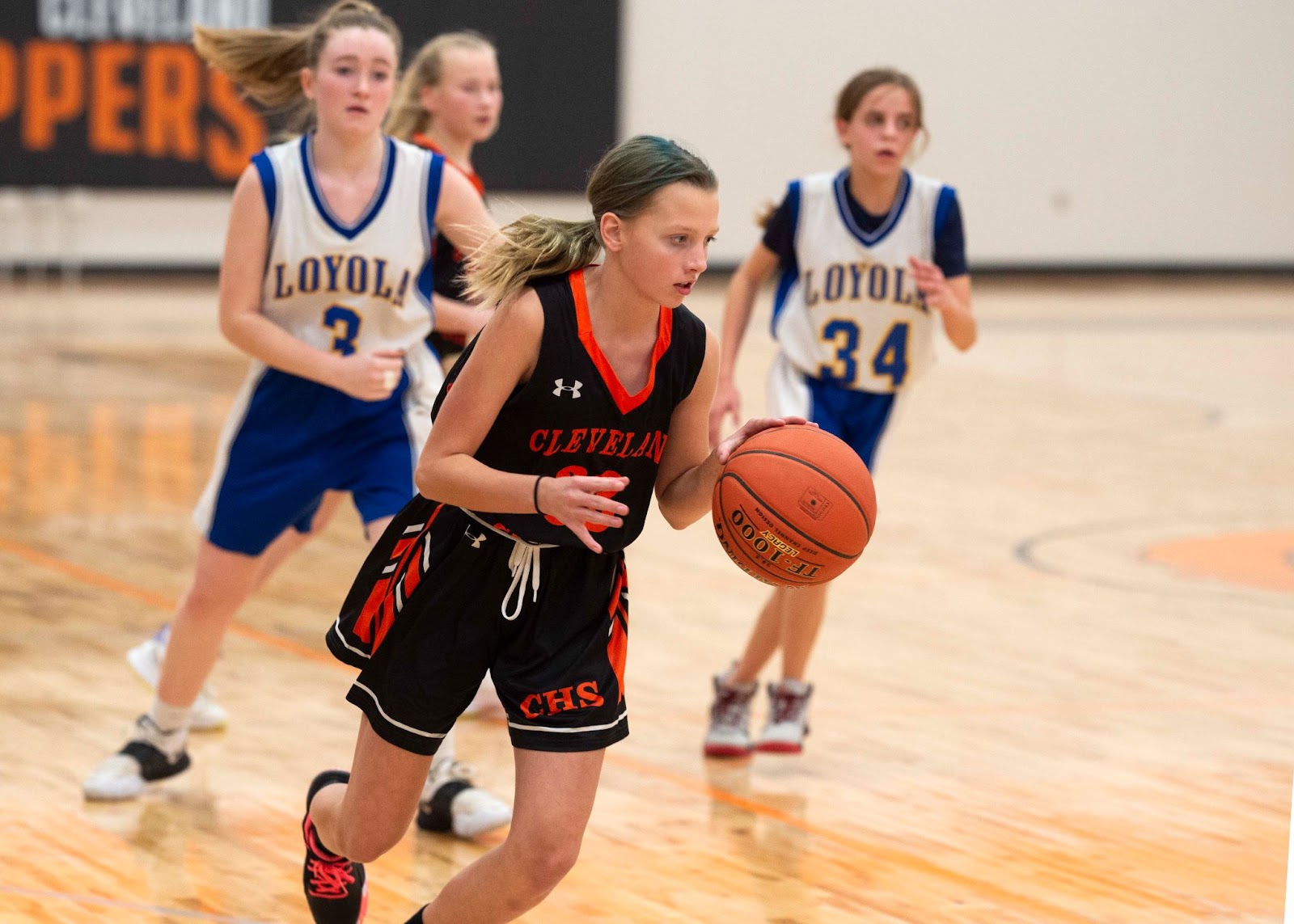