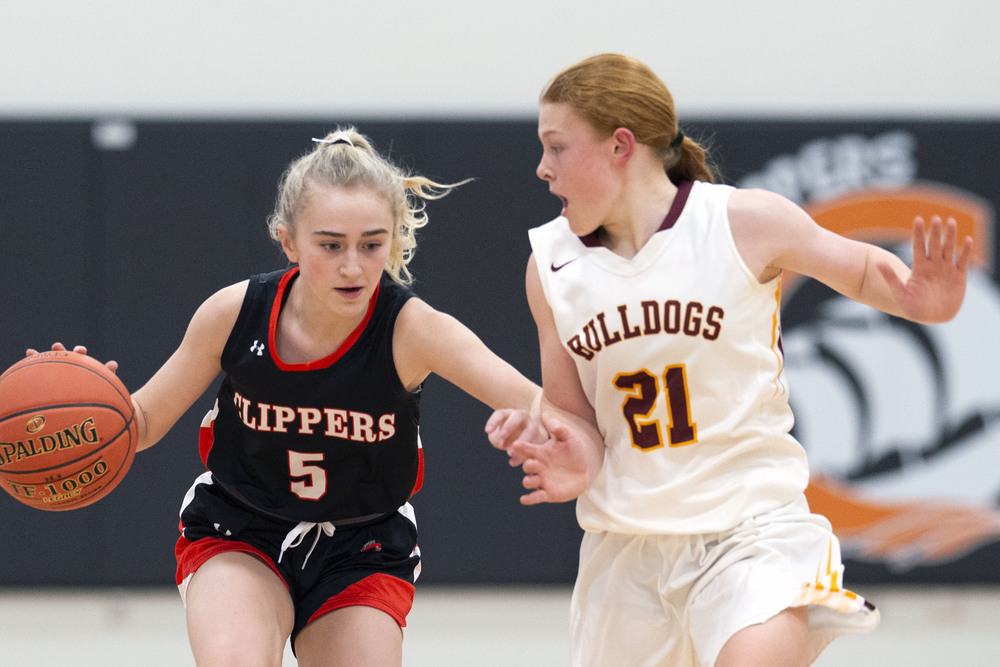 Above: Ava Hahn hustles the ball down court.

Lester Prairie wasn’t as tall as the Cleveland girls. They had only one senior on the roster, compared to two on the Clipper varsity team.

But with a fierce defense and quick offense, the Bulldogs came to town on Thursday and whipped up the Clipper girls 63-29.

Since six of the Bulldog girls made a trip to state in cross-country, head coach Joe Remiger knew the Clippers would be running up hill.

“We have been harping that we have to get back on D, and we don’t. And then when we do get back, we don’t know who we have (to guard), so they get wide-open girls.”

Lester Prairie jumped out to a 7-0 advantage before Kaylee Karels sunk the back end of a two foul shots. Capitalizing on a couple of steals, LP posted the next six points, and then Ava Hahn made a free throw.

“They’re quick; they’re fast, and then I am a little disappointed with (trying to get) the ball down low,” Remgier said. “We’re going to pound the ball down low, but we struggled with it because just because we had a couple girls down there, it seemed like everyone wanted to be down there.

Later, Micah Peterson, coming off the bench, canned a three, the only one the Clippers would have. Emily Kern made a couple of baskets, and Karels put in a foul shot.”

Peterson assisted Sarena Remiger for the last basket of the half, and the Clippers went to the locker room down 30-12.

The Clippers made four of 13 free-throw attempts. Lester Prairie put in six baskets from beyond the arc and made seven of 15 free-throw shots.

“Tonight, it was a lot of little things that can be fixed,” Remiger said, “and we expect that to happen. In practice, we’ll get that taken care of.”

The Clippers host JWP on Tuesday. 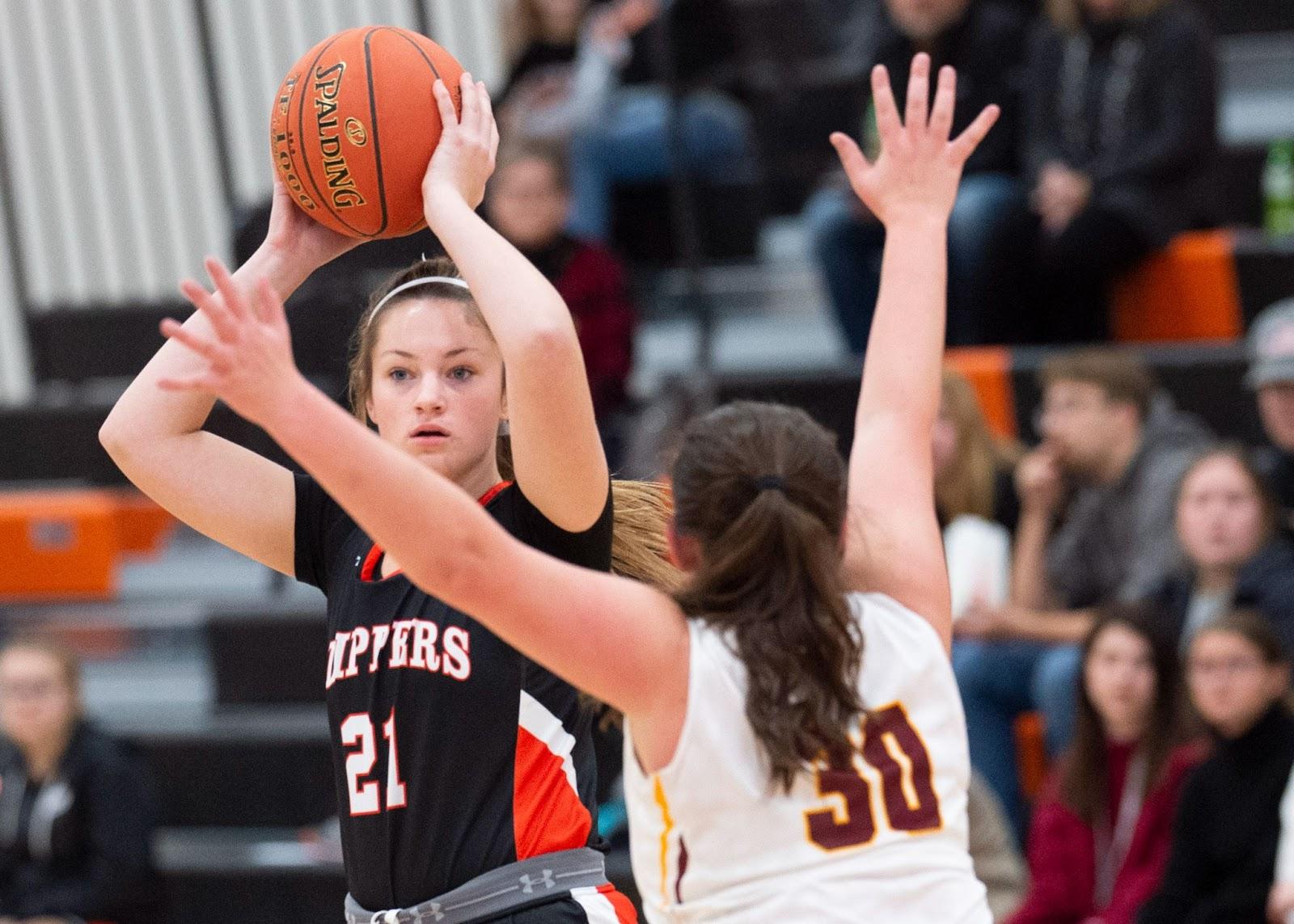 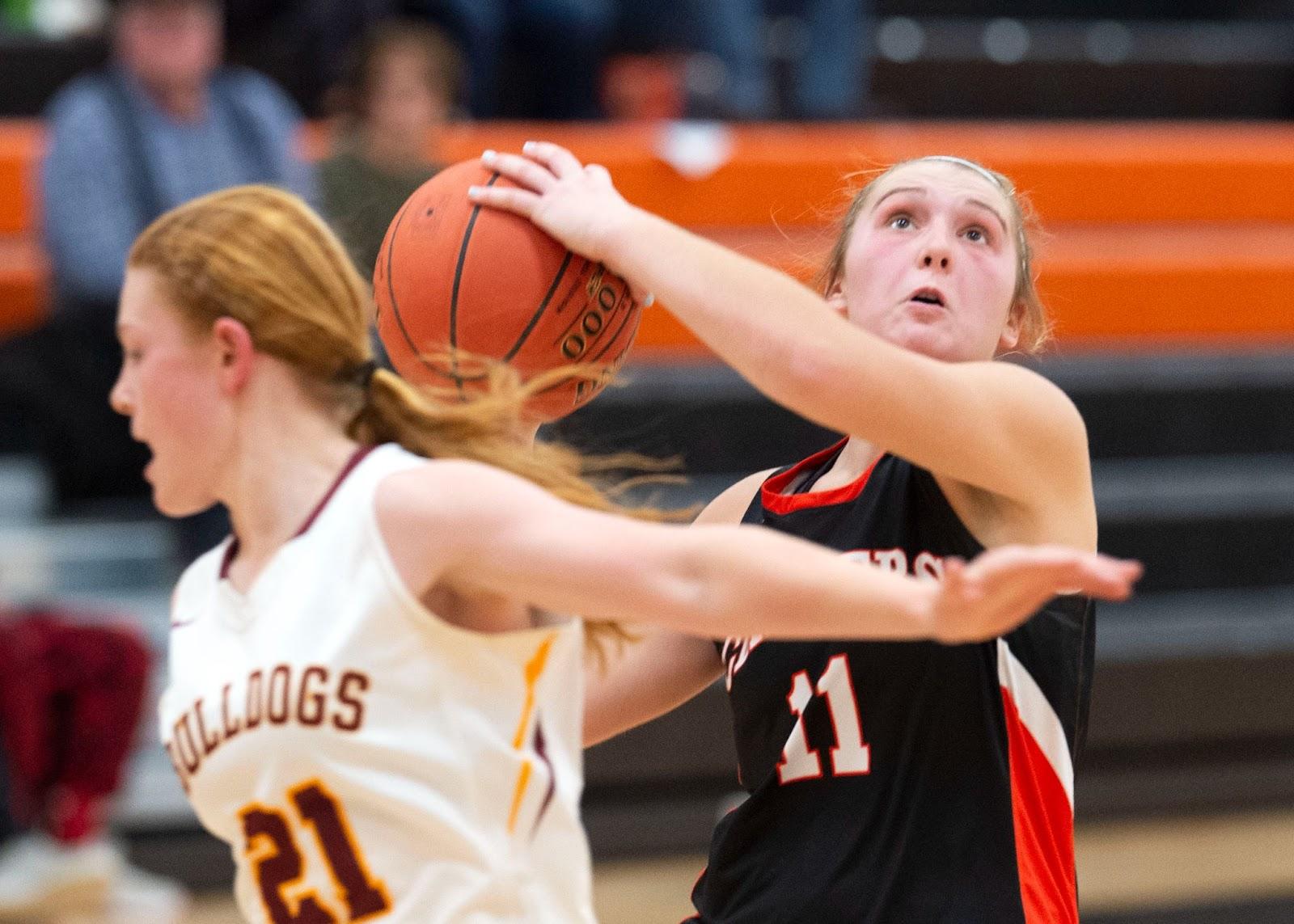 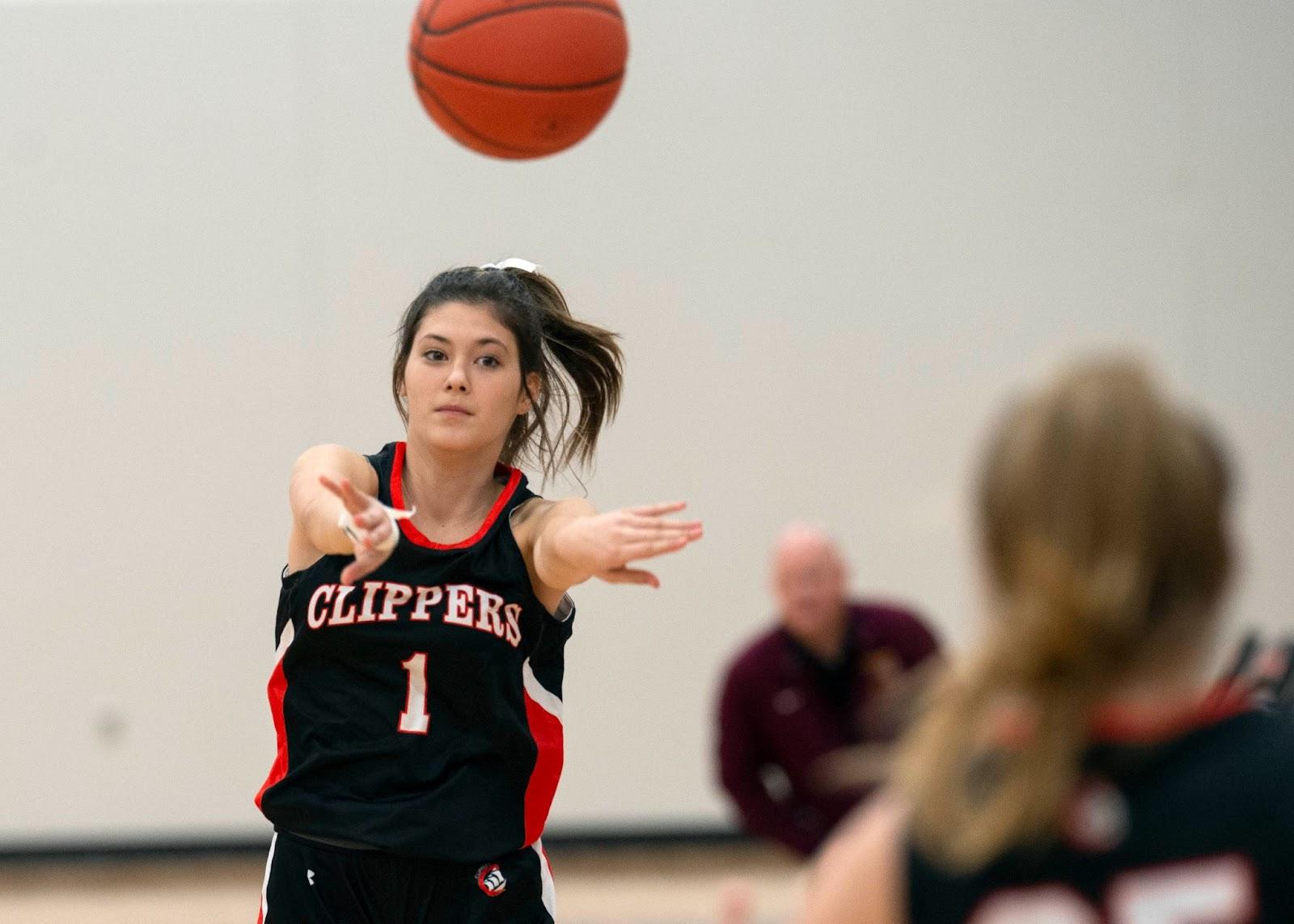 Mariah McCabe was back on the court after hurting her wrist in the season opener. 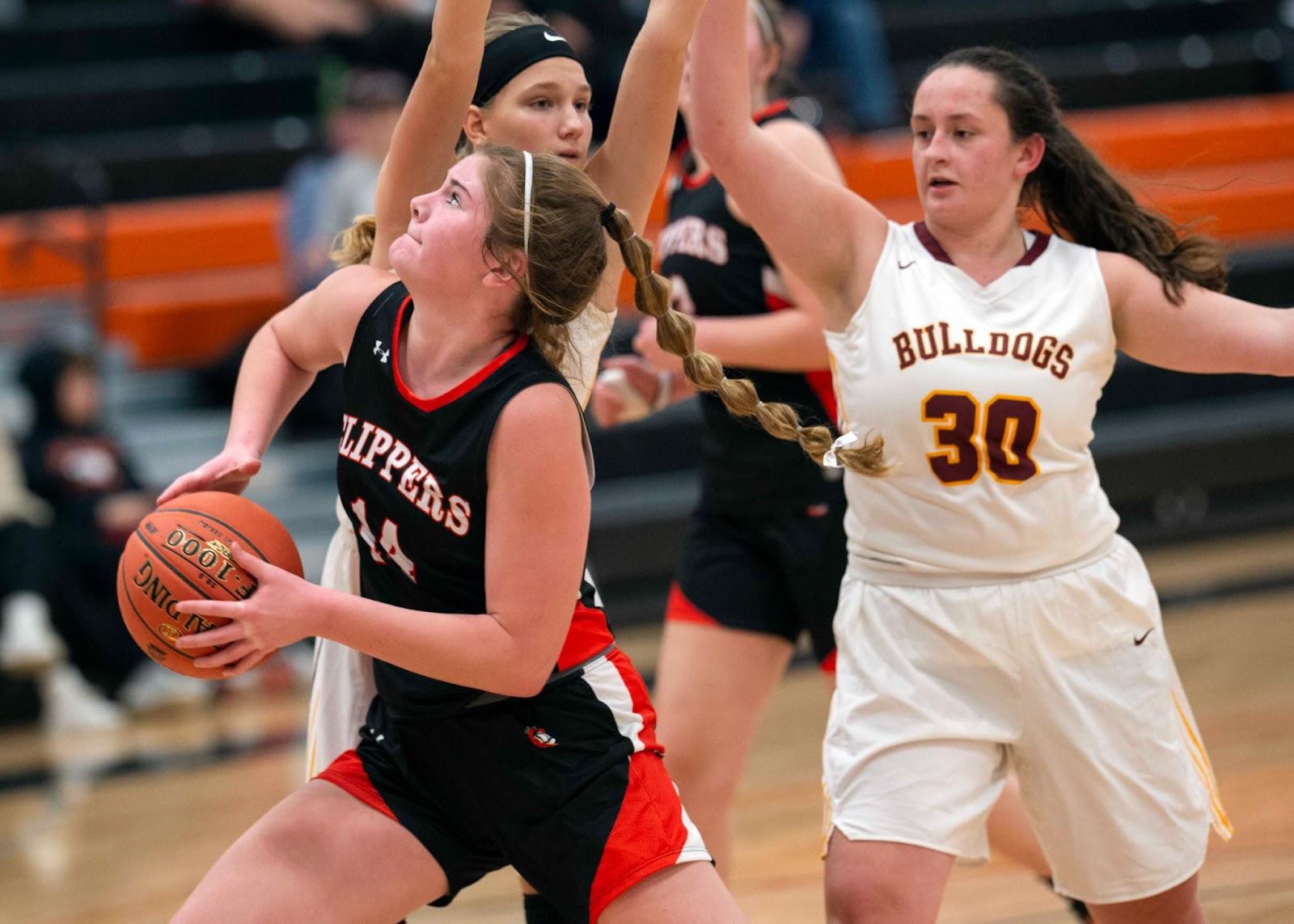 Emily Kern makes her way down the baseline.