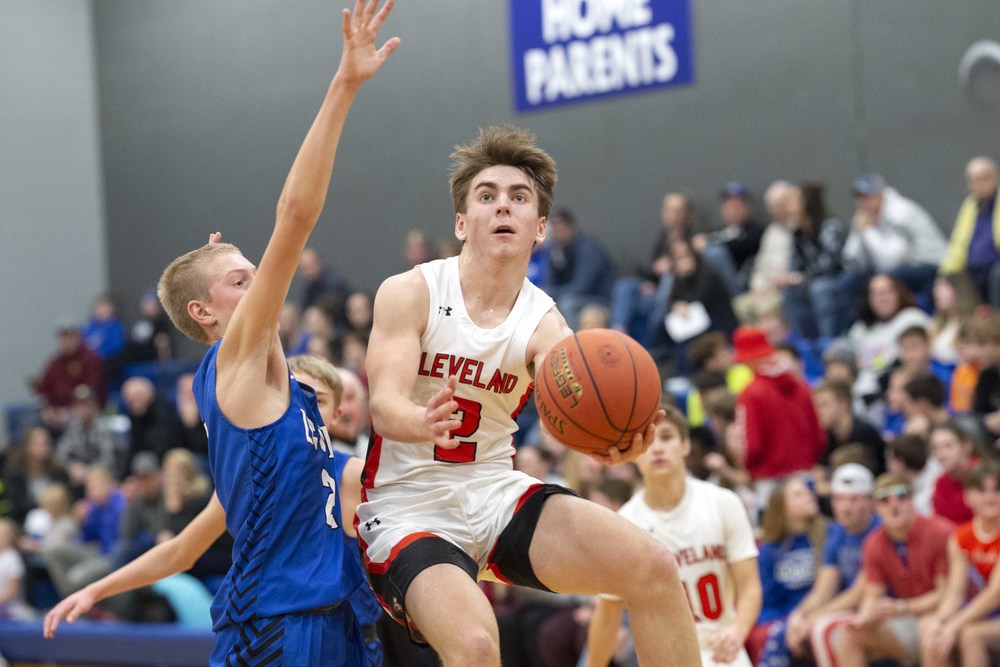 Above: Carter Dylla floats in for a shot.

Lake Crystal-Wellcome Memorial scored the first 20 points against the visiting varsity boys on Monday en route to a decisive 97-32 triumph.

Five and a half minutes into the game, Carter Dylla scored the Clippers’ first basket. The senior guard led the Clipper effort with nine points.

“It was another tough game,” said Mike Meyer after his second outing as the Clippers’ head coach. “We’ve got a lot of work to do: work hard in practice, play a little more full speed and work on some fundamentals.”

The Knights, who fell to Martin County West and beat Madelia in the Valley Conference, were in front 61-13 at the half but, under running clock, laid up late in the second half and didn’t break a hundred.

Dylla made a pair of baskets from behind the arc. Gens also hit a three. The Clippers made half of their dozen foul shots. The Knights made nine three pointers.

The Clippers host Nicollet on Thursday. The Raiders are also 0-2 in the Valley and lost to St. Clair and Loyola. 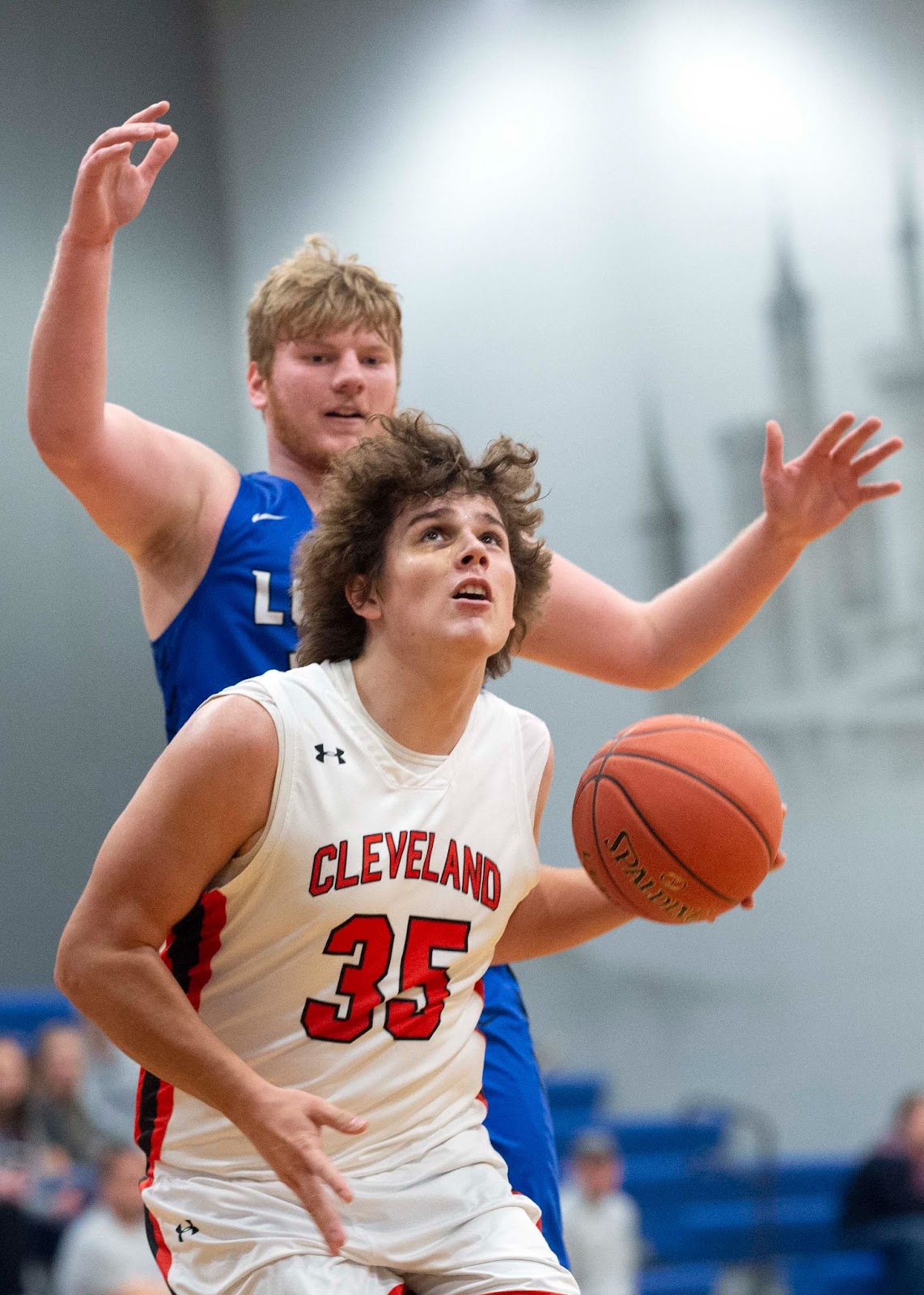 The Clippers didn’t get a lot of penetration inside. Here, Lucas Walechka looks up at the basket. 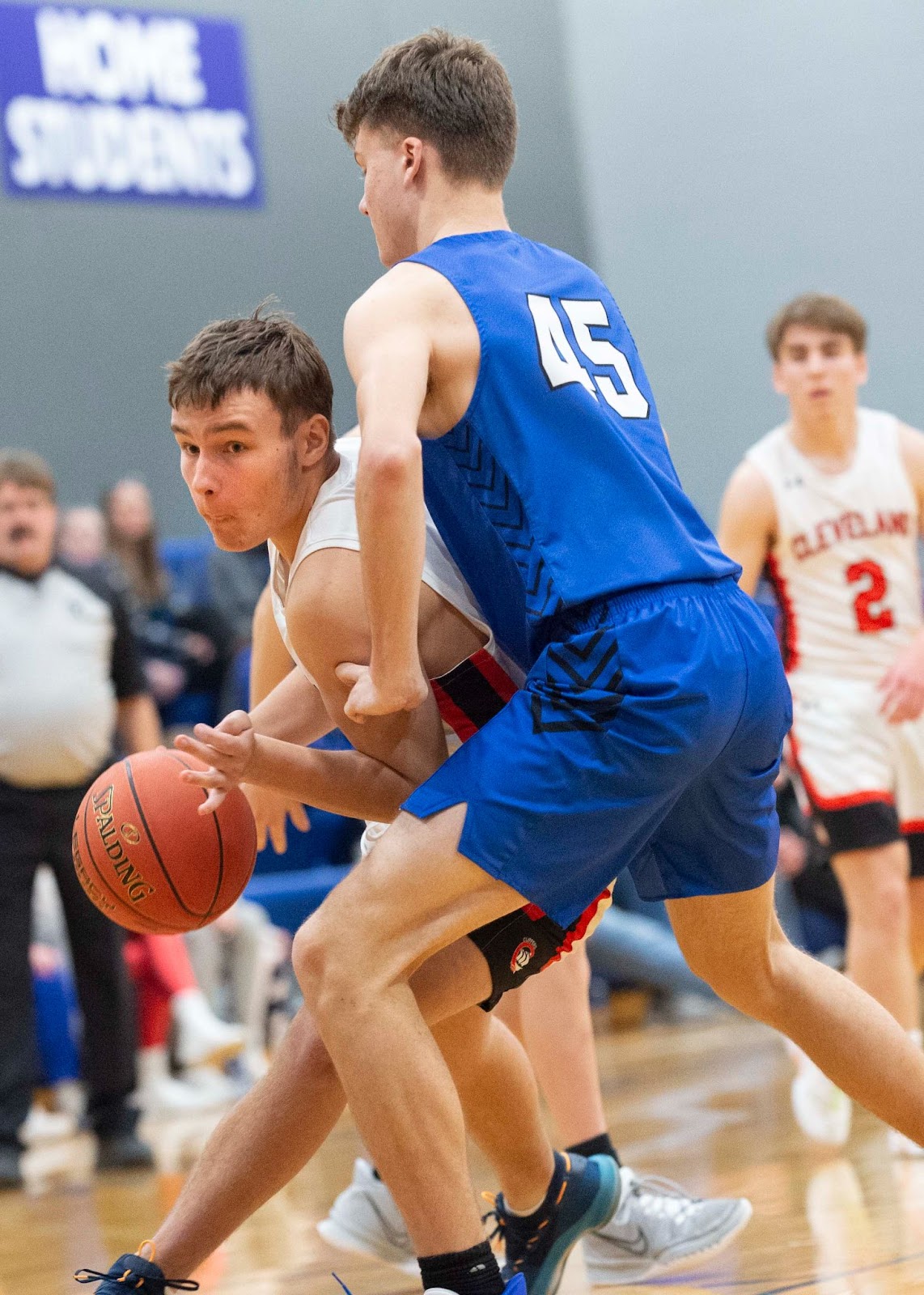 Fisher Knish peers around a defender. 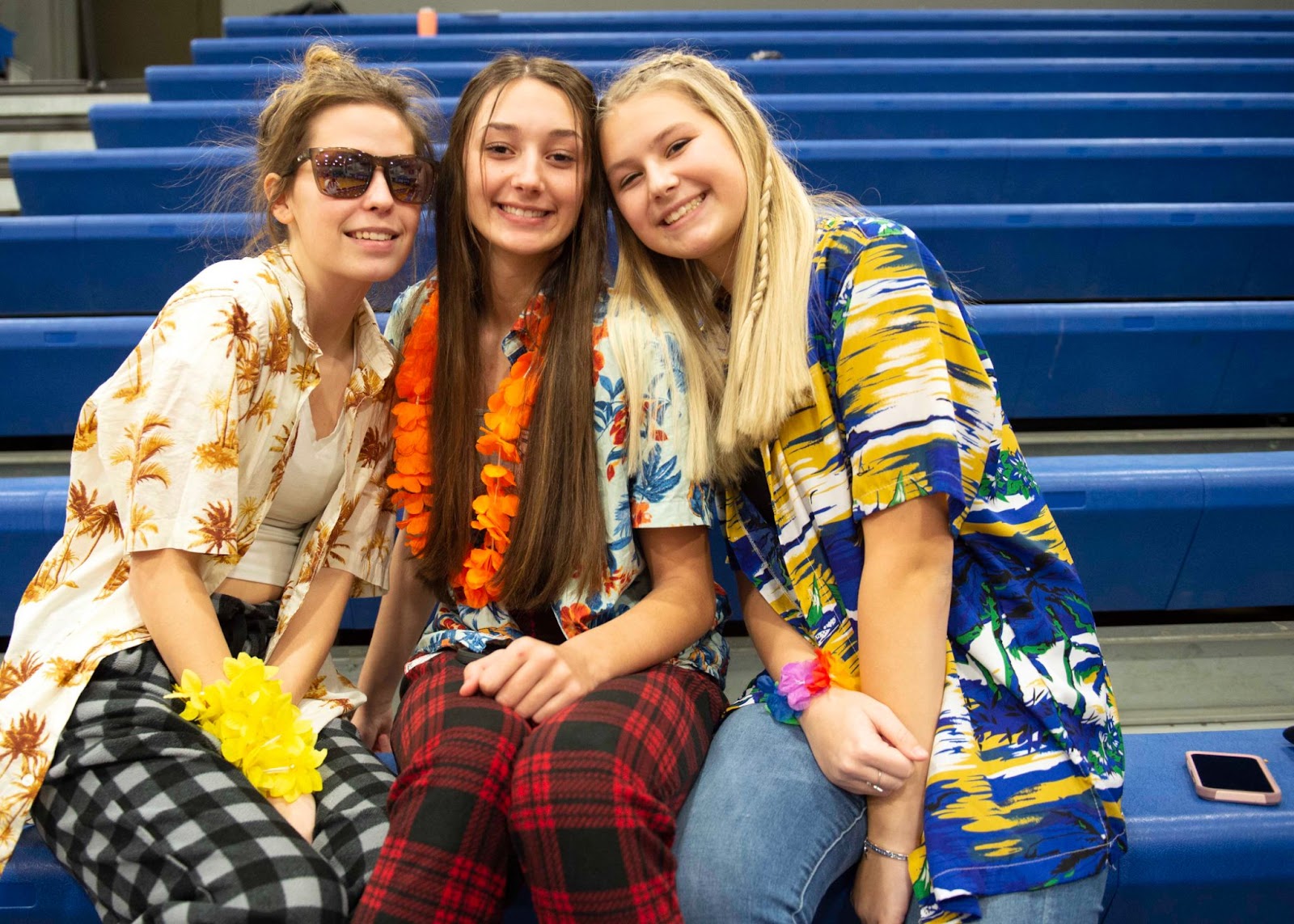 Representing in the student section, Jersey Kelley, Brenna McCarthy and Caitlynn McCarthy doubled up on themes: Aloha and PJ.