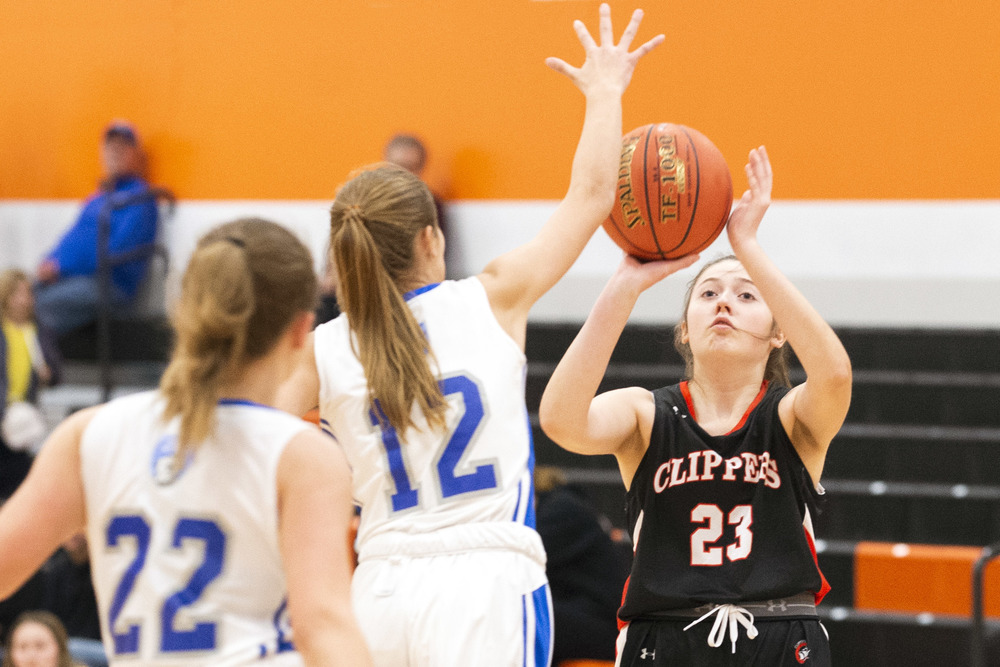 B girls fall to JWP

Above: Addi Holden puts up a shot from the perimeter. She led the effort with seven points.

Relying on its hard pressing defense, visiting Janesville-Waldorf-Pemberton topped the B girls 35-15 on Monday.

Mariah McCabe’s steal and shore-to-shore drive for a layup was the Clipper’s first basket, but after a freebie from Lacey McCabe, the Clippers, already down 14-3, didn’t score again until the 1:55 mark when Lacey McCabe hit a jumper from the baseline.

But with a three off the hands of Addi Holden, the Clippers were still within striking distance, 14-8 at the half.

Holden put in a jumper after the break, but the Bulldogs, up 18-10, went on a 6-point run before the Clippers scored again, also on a Holden jump shot.

With the Clippers struggling to find the basket, JWP widened its lead from there, and a Lacey McCabe three accounted for final Clipper points.

The B-Squad girls return to action on Friday with a road trip to St. Clair. 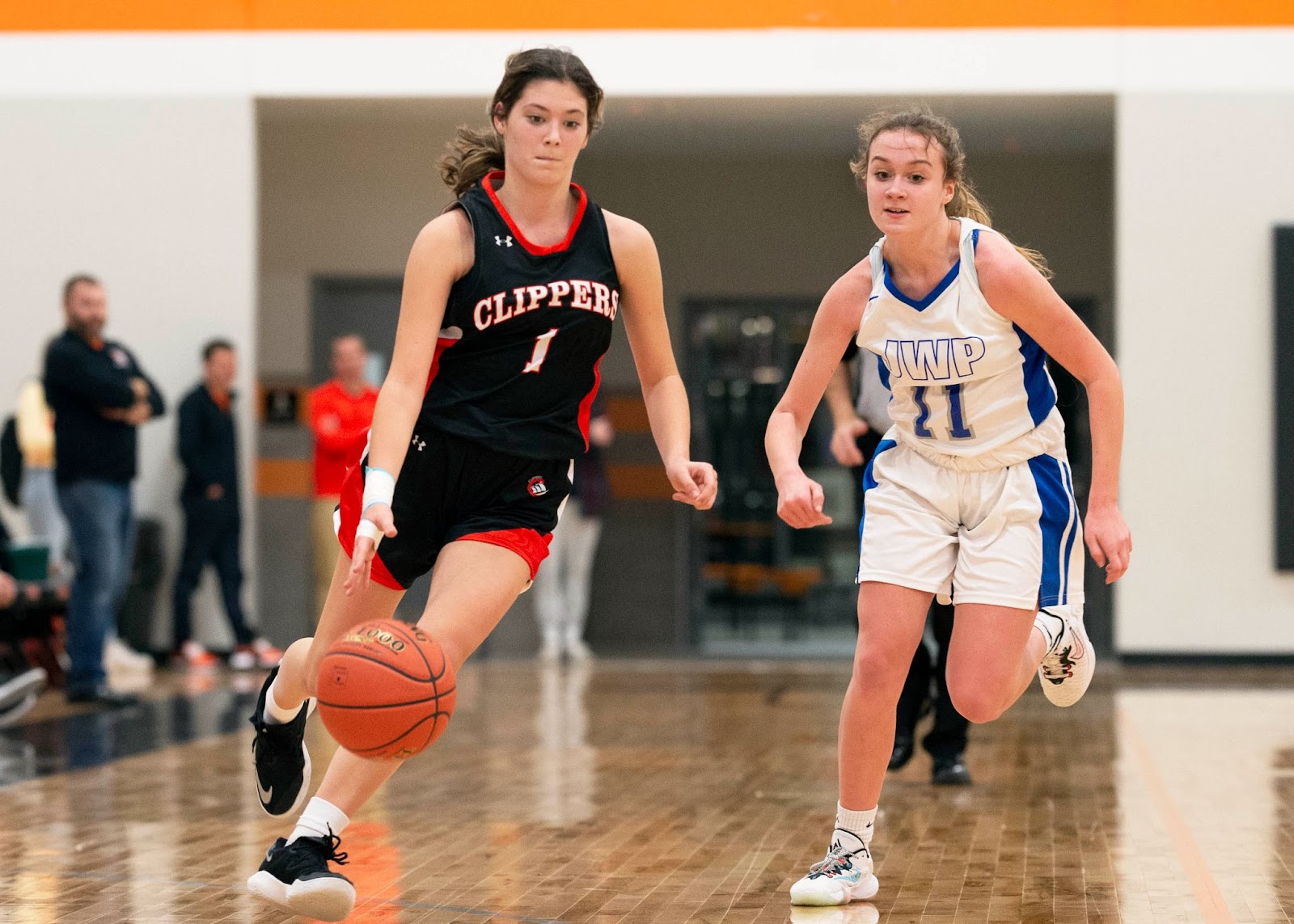 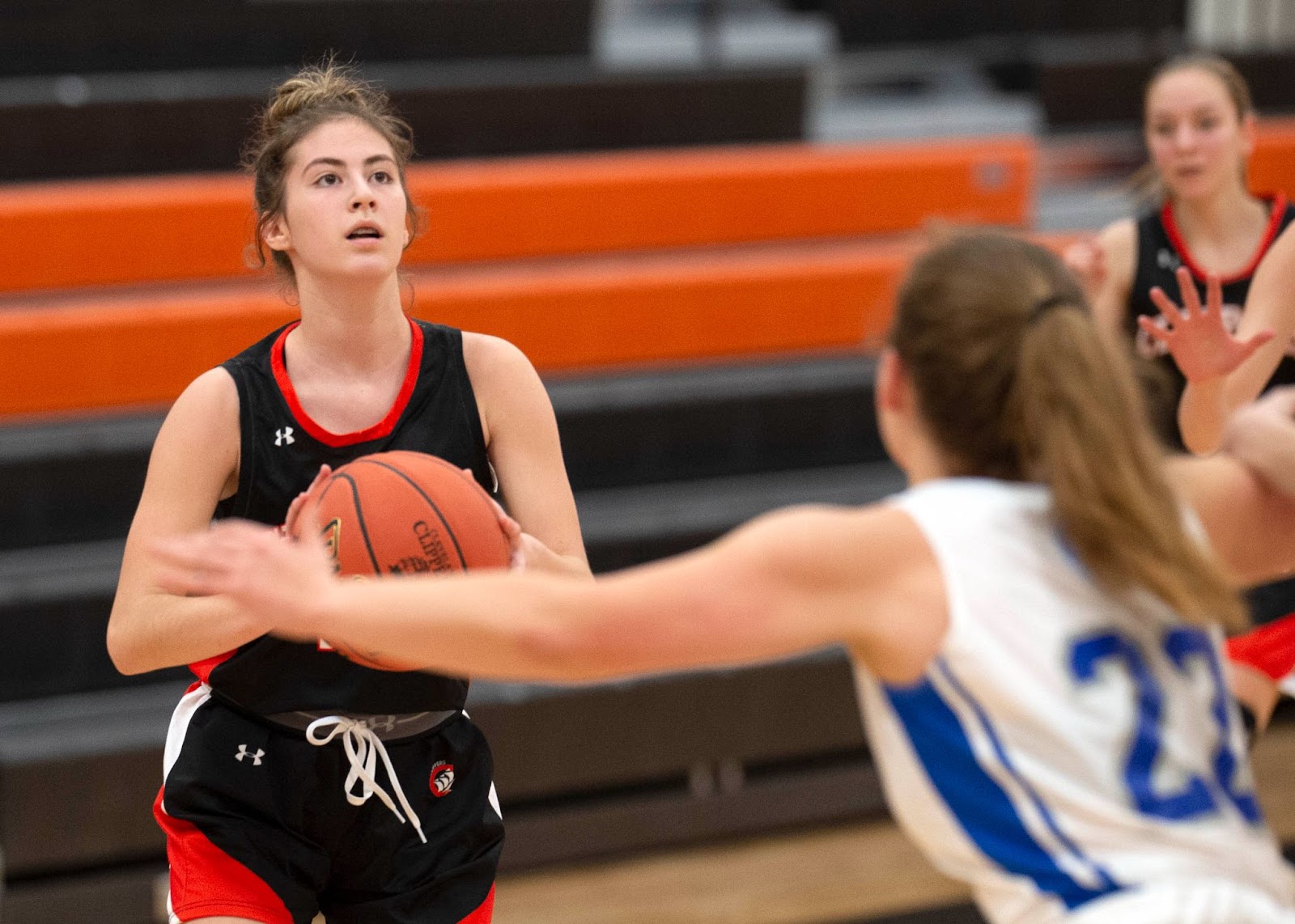 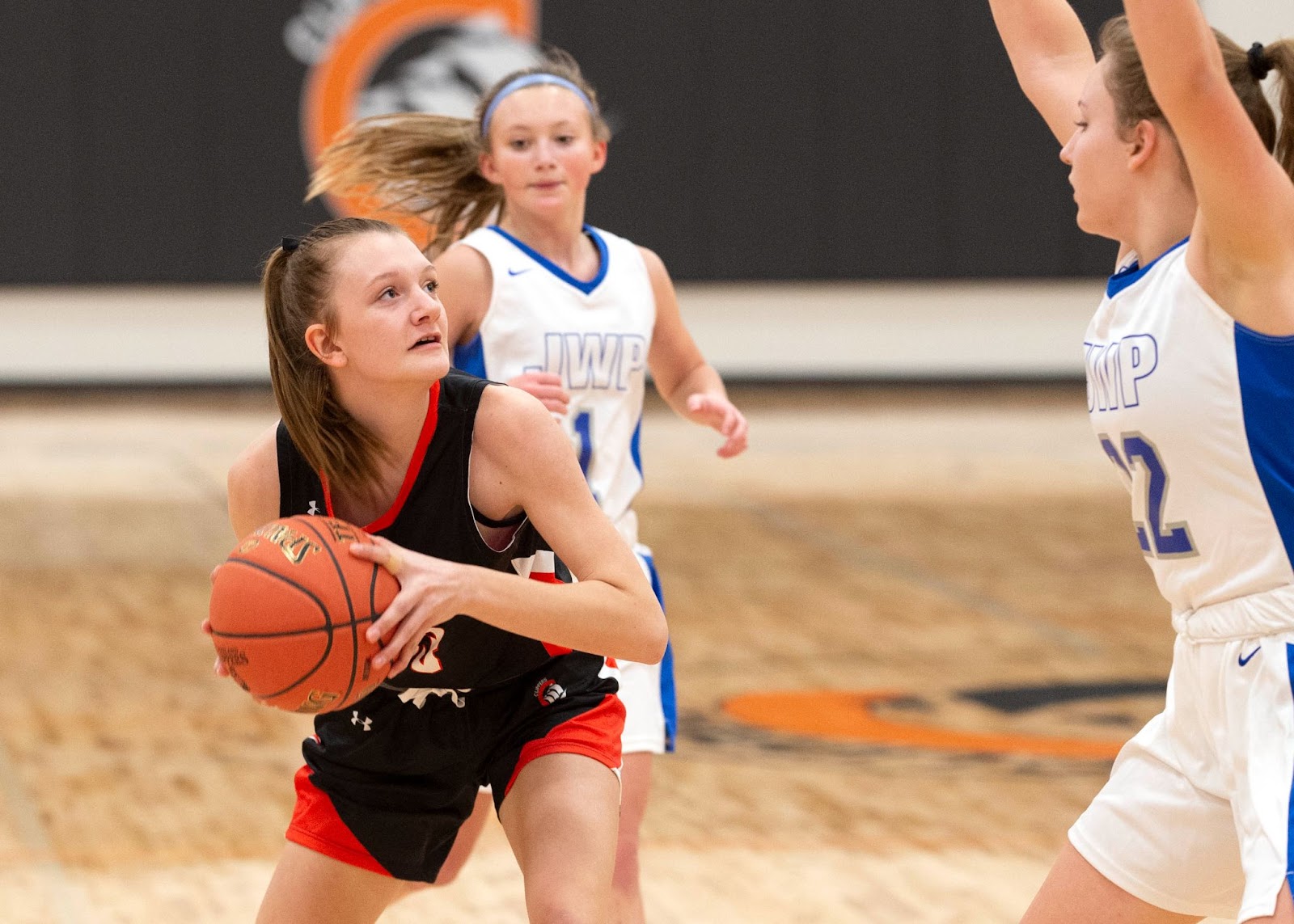