Loss to JWP is best effort for varsity girls

Above: Emily Kern, more physical than she has been on both sides of the floor, had a season high of 19 points against JWP.

While the varsity girls fell 62-53 to visiting Janesville-Waldorf-Pemberton on Monday, it was the best effort they have displayed so far this season.

The Clippers upped their assertiveness on both ends of the floor even though they lacked the offensive spark of junior guard Kaylee Karels, who missed the game with illness.

“I’m proud of what they did tonight…what they looked like,” said head coach Joe Remiger. “Tonight was a lot more positive than we’ve seen so far. A lot of times we compare that to wins, and we are ‘oh, so we won. Here is what went right.’ Tonight we lose, but I see a lot more things going right than I have, so I am happy about that.”

With a baseline jumper from Sarena Remiger, and an inside basket from Emily Kern, the Clippers got off to a good start.

After an Ava Hahn steal resulted in a Greta Hahn basket, Kern and Hollerich, assisted a couple of times by Emma Treanor, each scored a pair of inside baskets while Treanor sunk a pair of free shots. Ava Hahn pulled down a couple of rebounds and scored to knot the game 18-18.

But with a basket and a rebound and score after the ensuing free shot, the Bulldogs had a 4-point play that, helped by a full-court press, was the start of an 11-point run.

“It wasn’t a press that I felt like ‘well, this is killing us,’ but we just rushed it,” Remiger said.

Kern made a couple of foul shots down the stretch, and the Clippers didn’t allow their deficit to grow, but the Bulldogs hit a three for the final basket of the half to hold on to a 35-24 lead at the break.

“They would get runs, but we would get to the free-throw line and get worked back in.” Remiger said.

After six points by Kern and another pair of Treanor baskets from the foul line, the Clippers pulled within three, 39-36, in the second half, but they had trouble keeping the ball in bounds, and the Bulldogs posted the next five points.

Kern rebounded and scored, and Greta Hahn made a foul shot, but the Bulldogs scored the next 11 points to widen their lead.

Greta Hahn fouled out, and with the B squad in with about 80 seconds left, Mariah McCabe and then Lacey McCabe each arced baskets from behind the arc, the only threes Cleveland had on the night.

“You come out with a three, and I was like, ‘let’s keep playing,’” Remiger said, “so kudos to them for stepping in.”

The starters went back in but couldn’t catch up in the allotted time, and the Bulldogs held on for the win.

Kern led the effort with 19 points.

“Tonight was her best game,” Remiger said. “We keep telling her ‘Shoot the rim. Play tougher. I want you to make body contact.’ So I’m super proud of her tonight.’ Anybody who got the ball down low seemed to play more physically than we have played.”

The Clippers made 15 of 33 shots from the free-throw line. JWP tallied five threes and were 13 of 29 from the foul line.

“It was definitely a step forward tonight,” Remiger said. “It was there best night talking. Defensively, offensively, it was the most chatter I have heard out of them.”

The varsity girls return to action today (Thursday) with a trip to Trimont for a 6:00 pm game against Martin County West. On Friday they have a makeup game with host St. Clair. 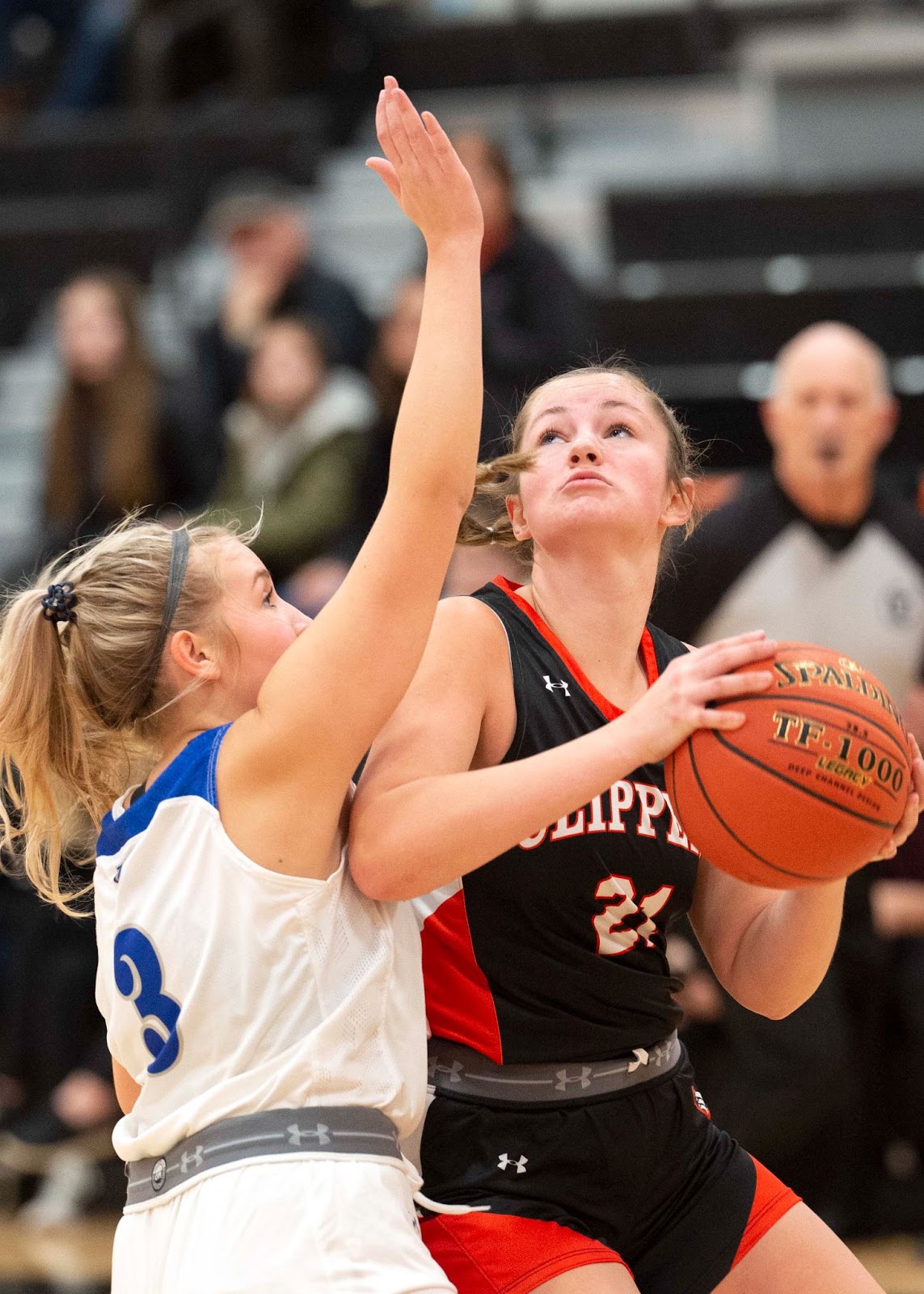 Emma Treanor had a couple of timely assists and six points as well. 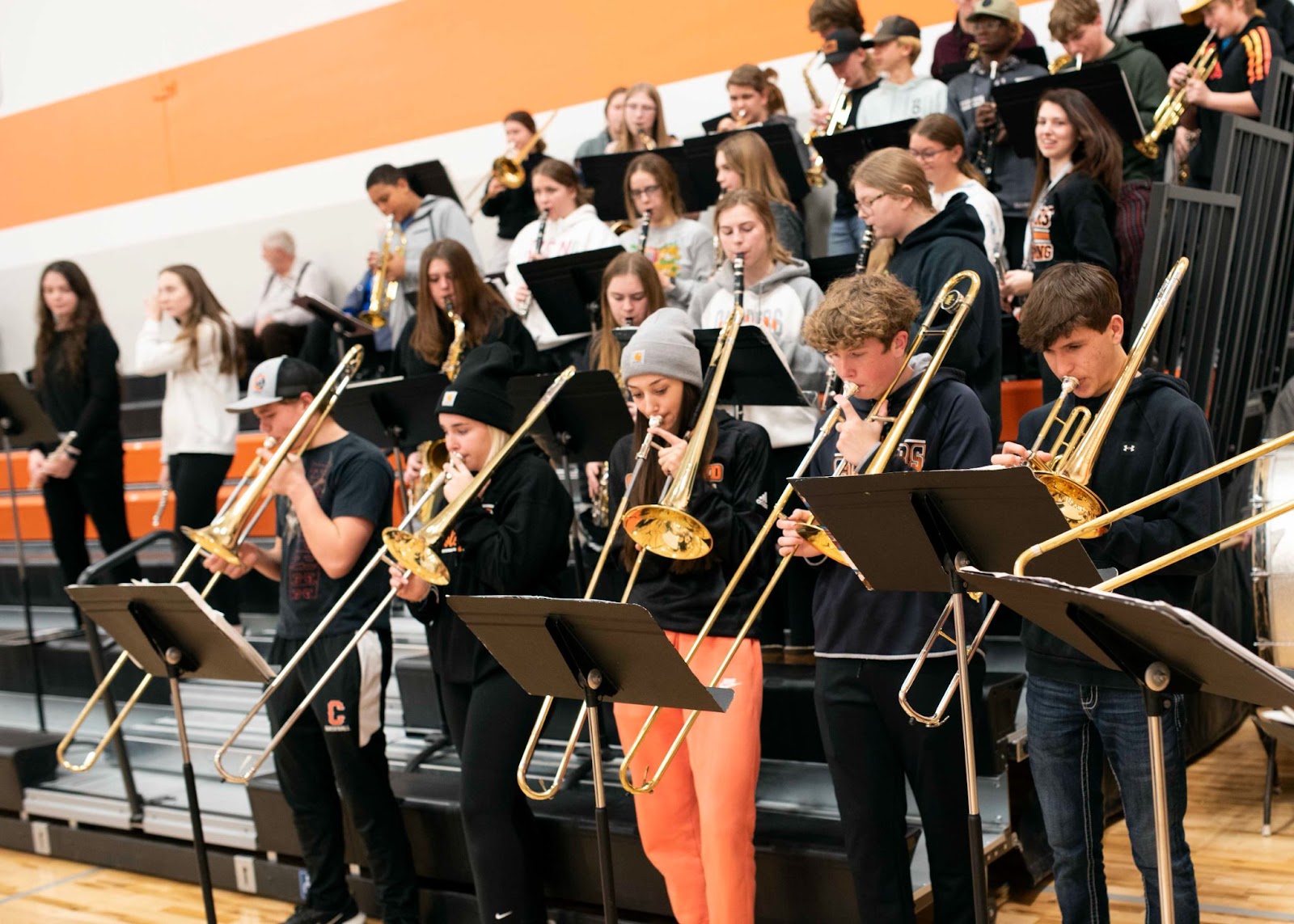 Energy from the pep band seemed to have rubbed off on the Clippers. 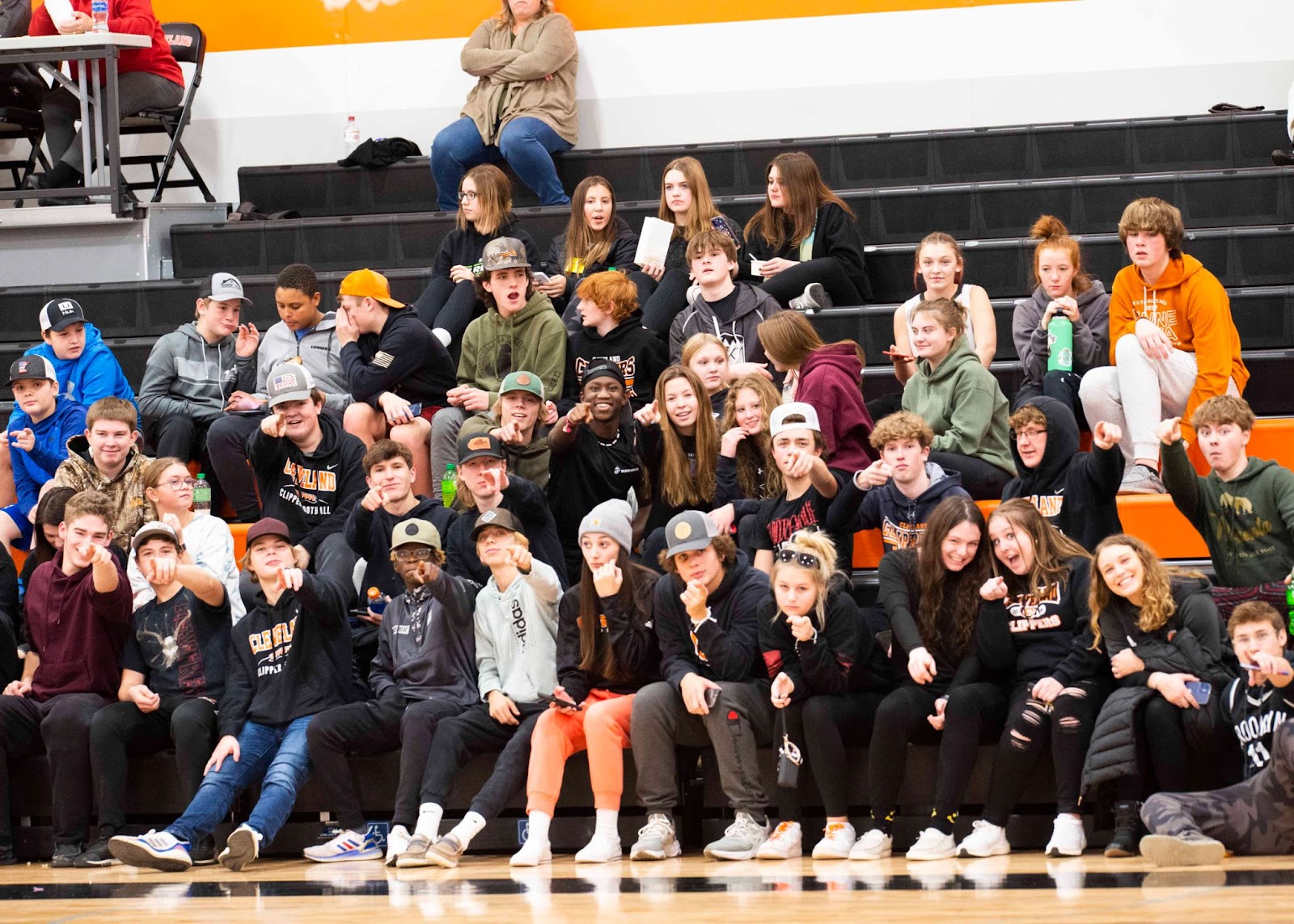 The student section was pointing to a win, but the Clippers couldn’t quite pull it off.