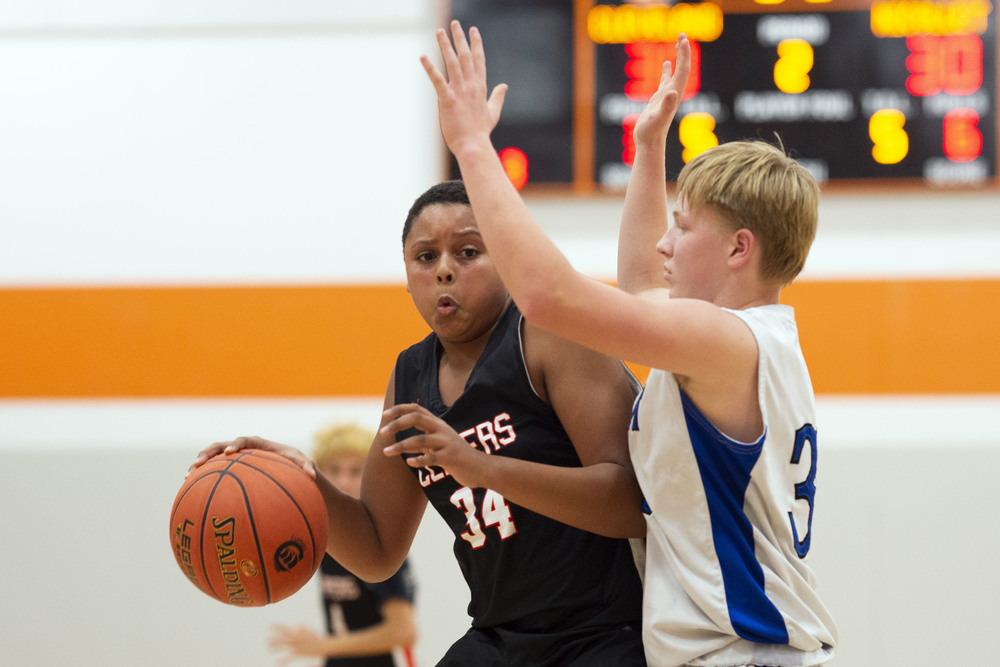 B boys lose control in second half

Above: Alex Johnson led the Clippers with 10 points, including eight in the second half.

In front of visiting Nicollet by 14 points at the break, the B-Squad boys needed to control the ball and the tempo in the second half on Thursday.

But with Braeden Hastings, Blake Lyons and Gabe Sullivan exited to prep for varsity, the Raiders outscored the Clippers 31-10 after the break for the win.

Jorden Rossow opened the game with a three-point basket. Jaden Miller made a free shot, and Gabe Sullivan hit a pair of free shots.

Blake Lyons grabbed a missed free throw and put it in for a score and a 8-0 Cleveland lead before the Raiders got on the board with the first of only a pair of baskets from the floor they would have in the half.

With a couple of Miller threes, the Clippers were in front 22-8 at the intermission.

After an Alex Johnson hook shot put the Clippers in front 30-17, the Raiders capitalized on steals and a hat trick of threes to go on a 13-point run and knot the game at 30 midway through the second half.

Johnson scored again on a baseline hook, but the Bulldogs came up with a pair of steals that each resulted in a score with the second one giving them a lead they wouldn’t relinquish. 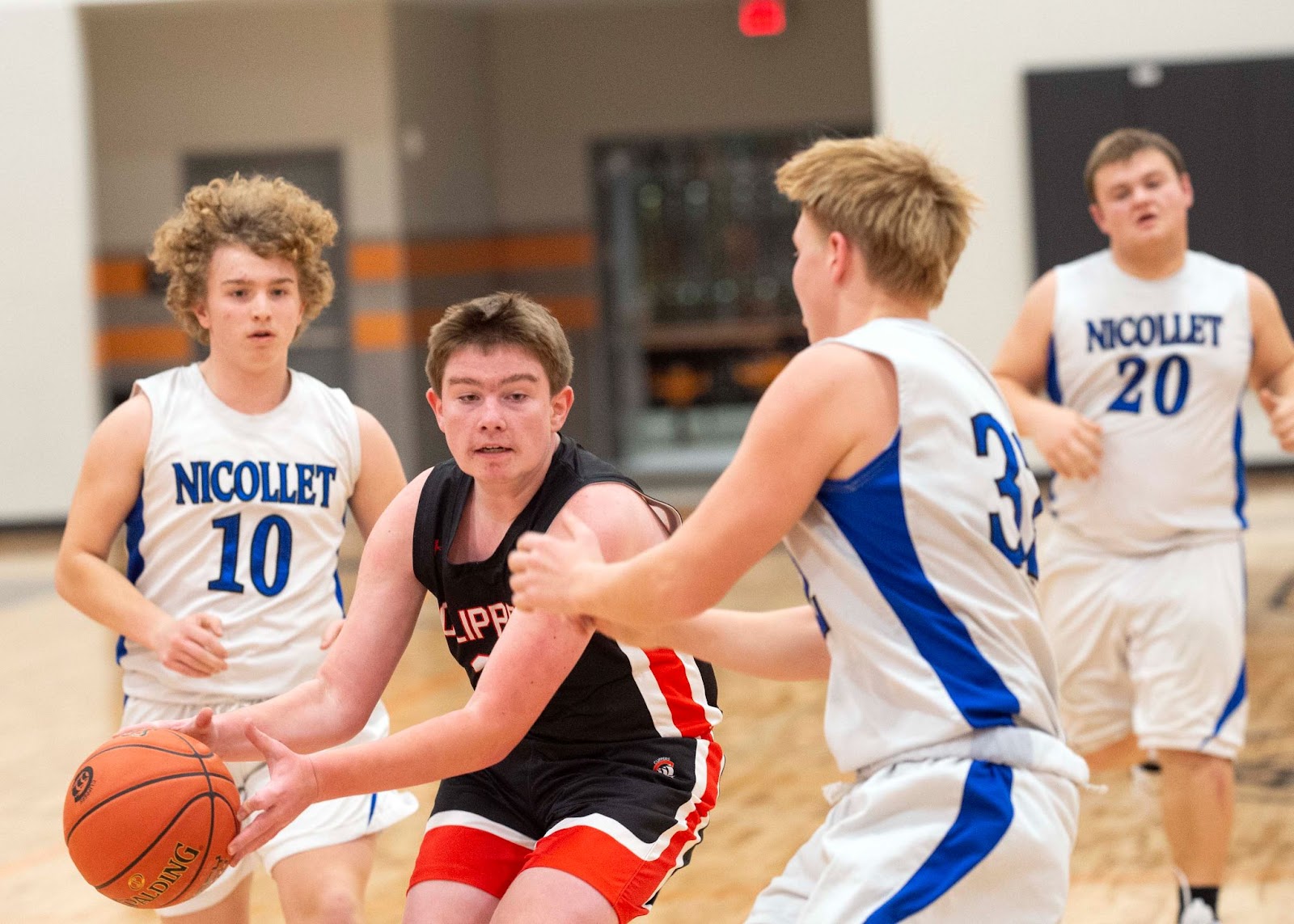 Hunter Plfacan takes the ball inside. 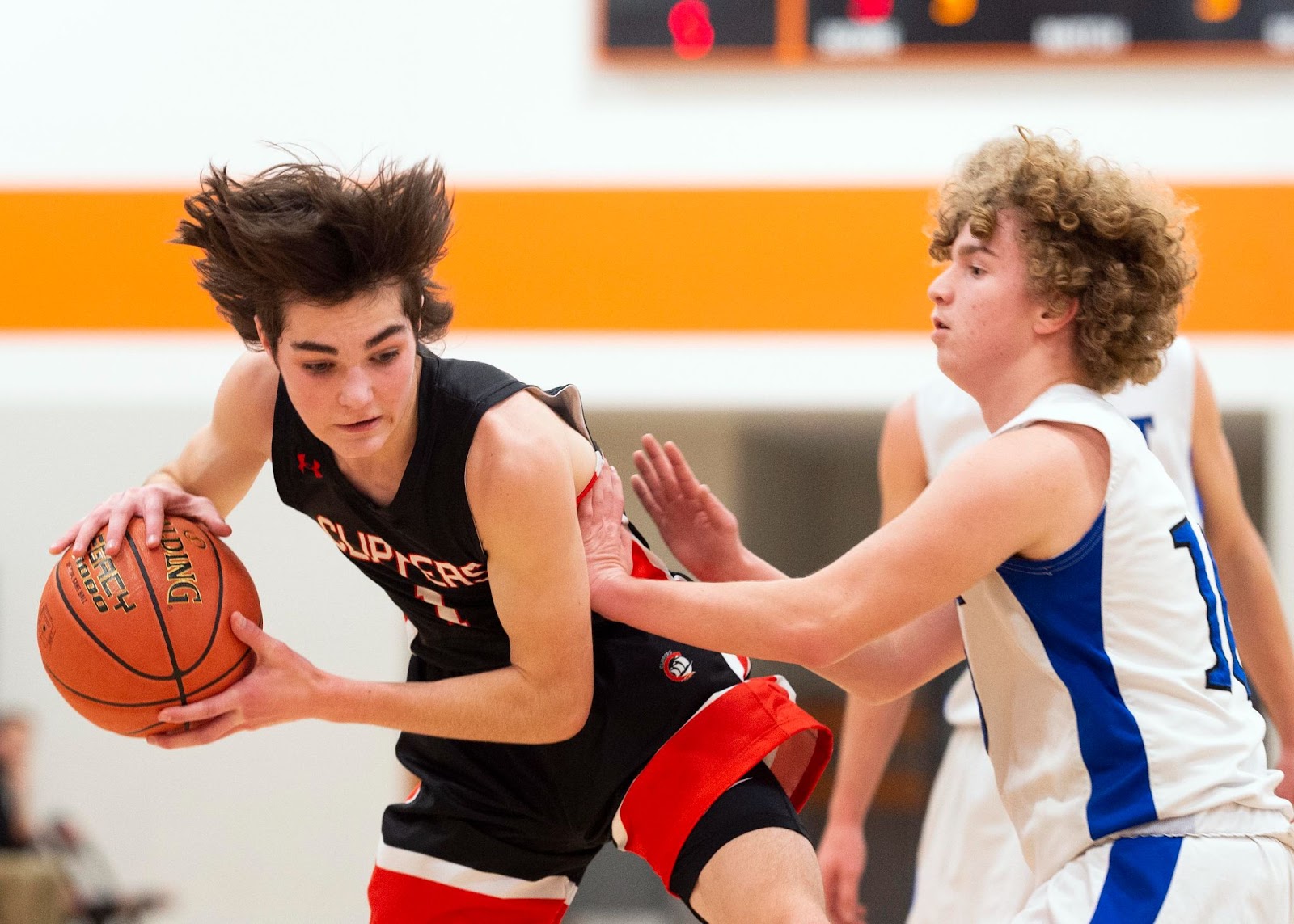