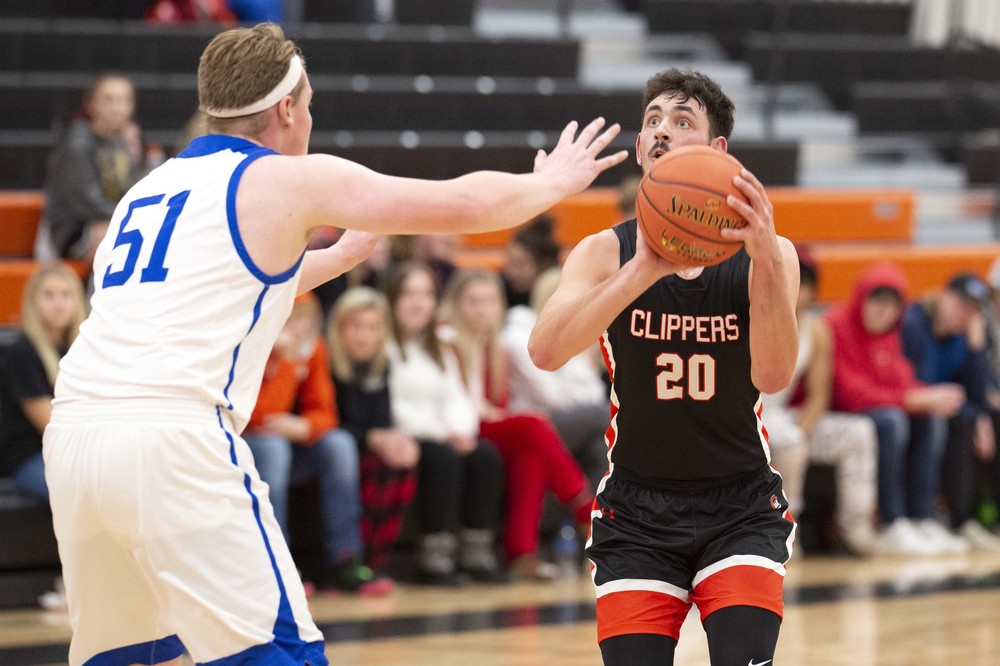 Raiders get hot from behind the arc, beat varsity boys

Above: Kolby Gens led the effort with 14 points.

Keeping visiting Nicollet off balance for most of the first half, the Cleveland varsity boys looked like they might have their first victory on Thursday, but Highway-99 rival Nicollet spiced it up from behind the arc to come from behind for a 69-48 triumph.

“At the beginning of the game we were competing, but they started hitting those threes, and we got sluggish and couldn’t get out on our guys,” said head coach Mike Meyer.

With three Lucas Walechka baskets from inside the paint and a Kolby Gens three pointer, the Clippers started the game with a 9-5 advantage.

Later, Carter Dylla found Gens all alone under the basket, and the Clippers went up 13-7. Wyatte Devens followed up with a pair made foul shots, and with a Blake Lyons basket from across the arc, the Clippers were in front 18-9.

Nicollet made a free shot and then drove for a basket, but Gens responded with a basket from the top of the key.

But the Raiders got hot with three-straight baskets from behind the arc and then added another for good measure. With a Dylla basket to close the half, the Clippers were down 24-22.

Continuing where they left off, the Raiders scored another three-straight baskets from beyond the arc early in the second half to go up 33-23. Later, they scored on drives to cruise to the win.

“We went into halftime, and I told them it was our game to win,” Meyer said. “I thought we could run on them, get the outlet pass and get the ball down court. Unfortunately we couldn’t get into it. I think if we we could have, it would have been a different game.”

The Clipper put in five three pointers and made three of nine foul shots. Gens led the effort with 14 points, one more than Dylla. Walechka added nine points. Lyons and Colin Krenik each scored three points. Braeden Hastings had four points, and Devens had two points.

Nicollet was 12 of 20 in free-throw shooting and totaled nine three pointers.

Meyer said he and the Clippers need time together to get them to work harder and build confidence.

“It is unfortunate. We came in, had a couple of practices and had games and then practice on Tuesday and then school was canceled, so we didn’t get to work on half the things I wanted to work on. Now we have a game tomorrow, Monday, Tuesday and then it's Christmas break. A lot of them are really talented and athletic kids, but they play scared. If they get into a rhythm, our guys seem to let it get into their heads, so it’s going to take a little more work, a little more practice time.” 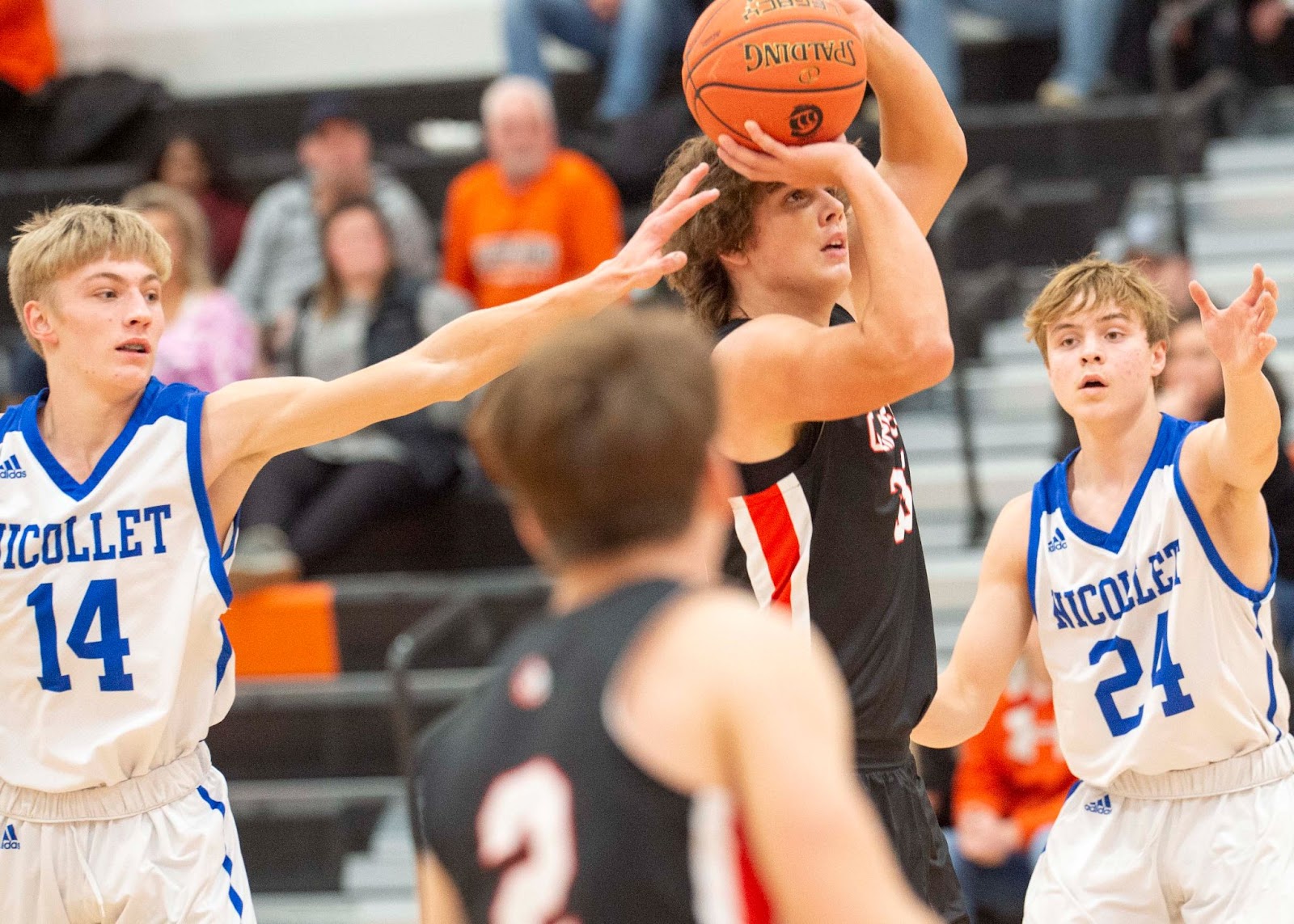 Lucas Walechka winds up for a shot. 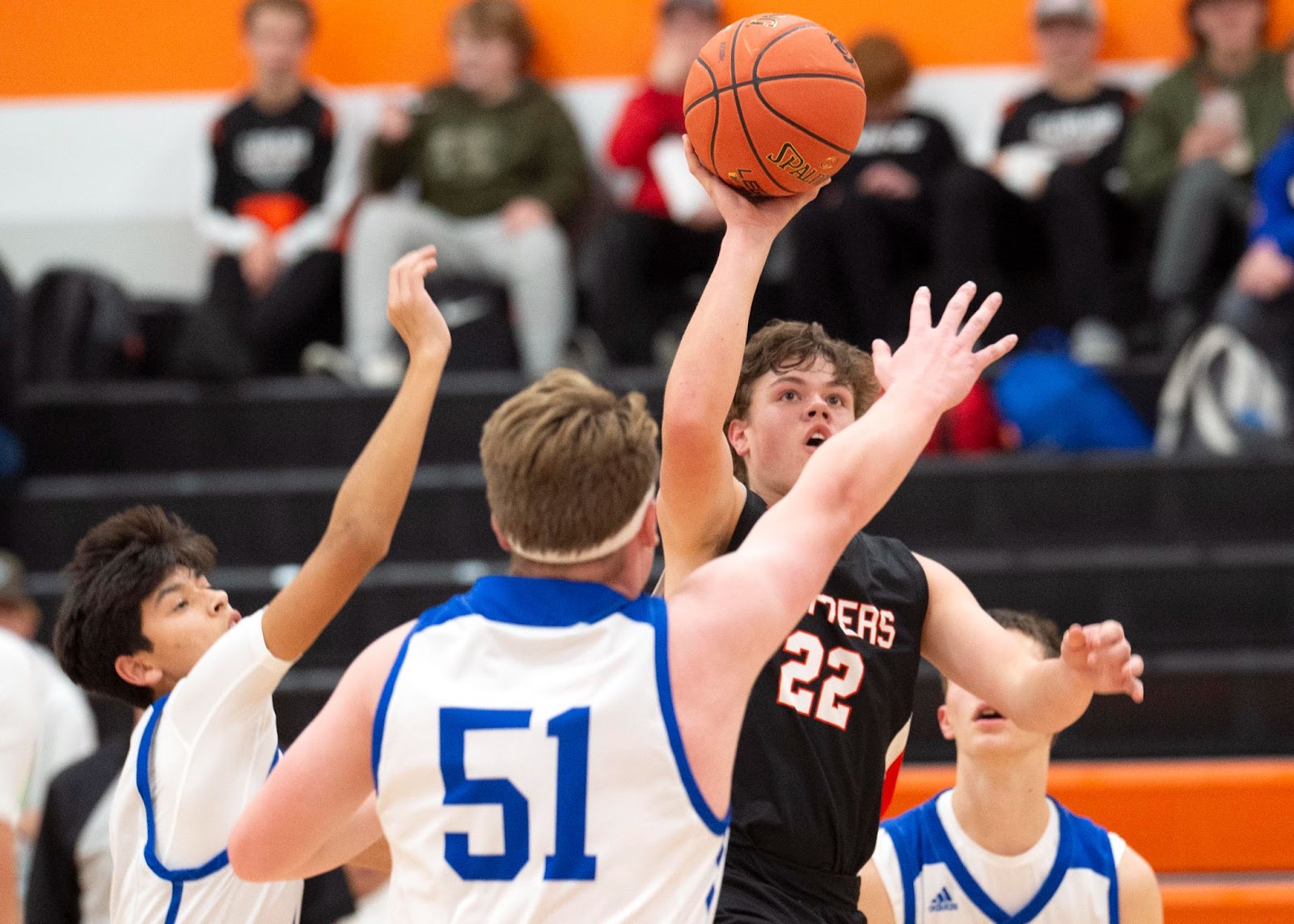 Gabe Sullivan on the one hander. 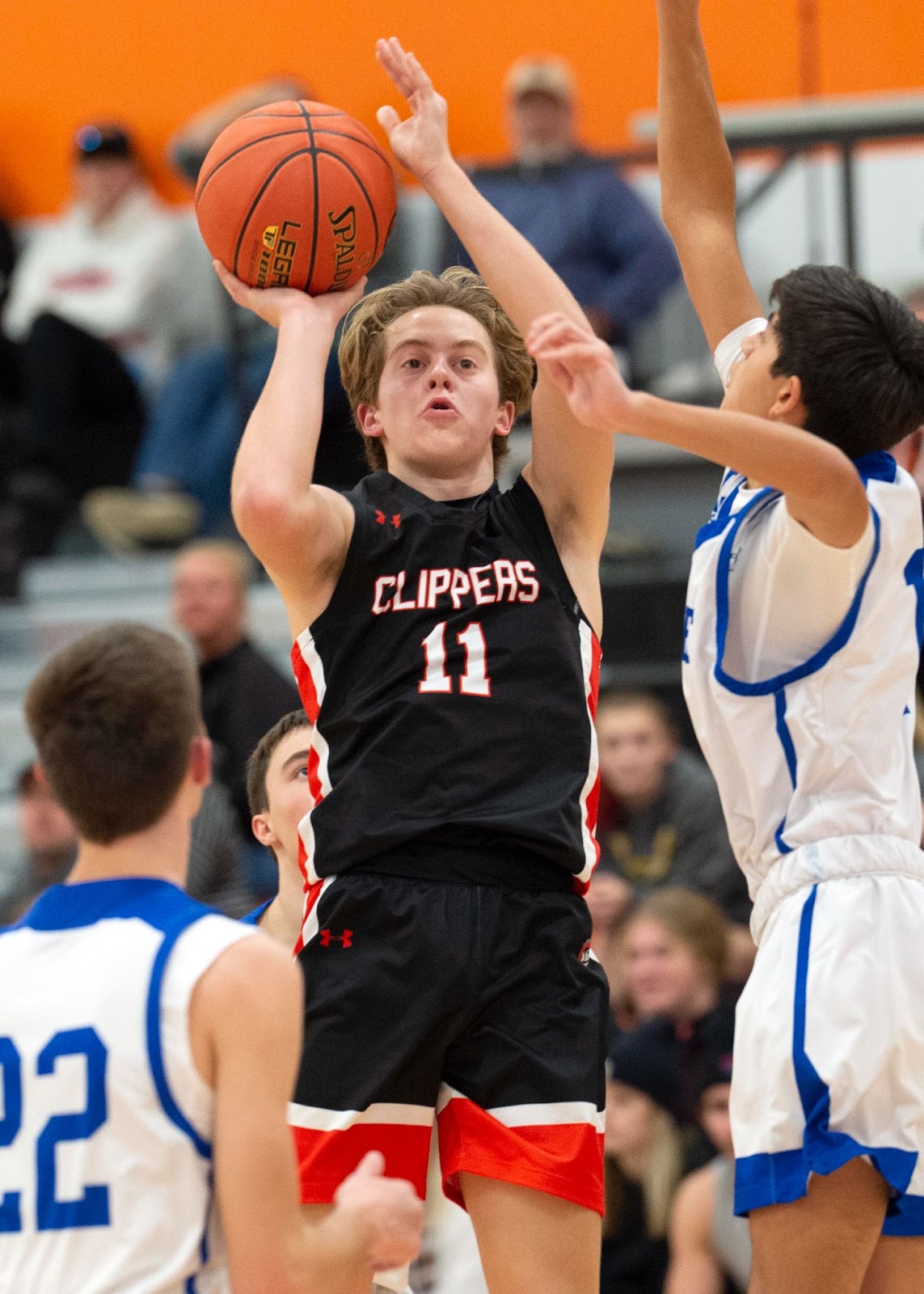 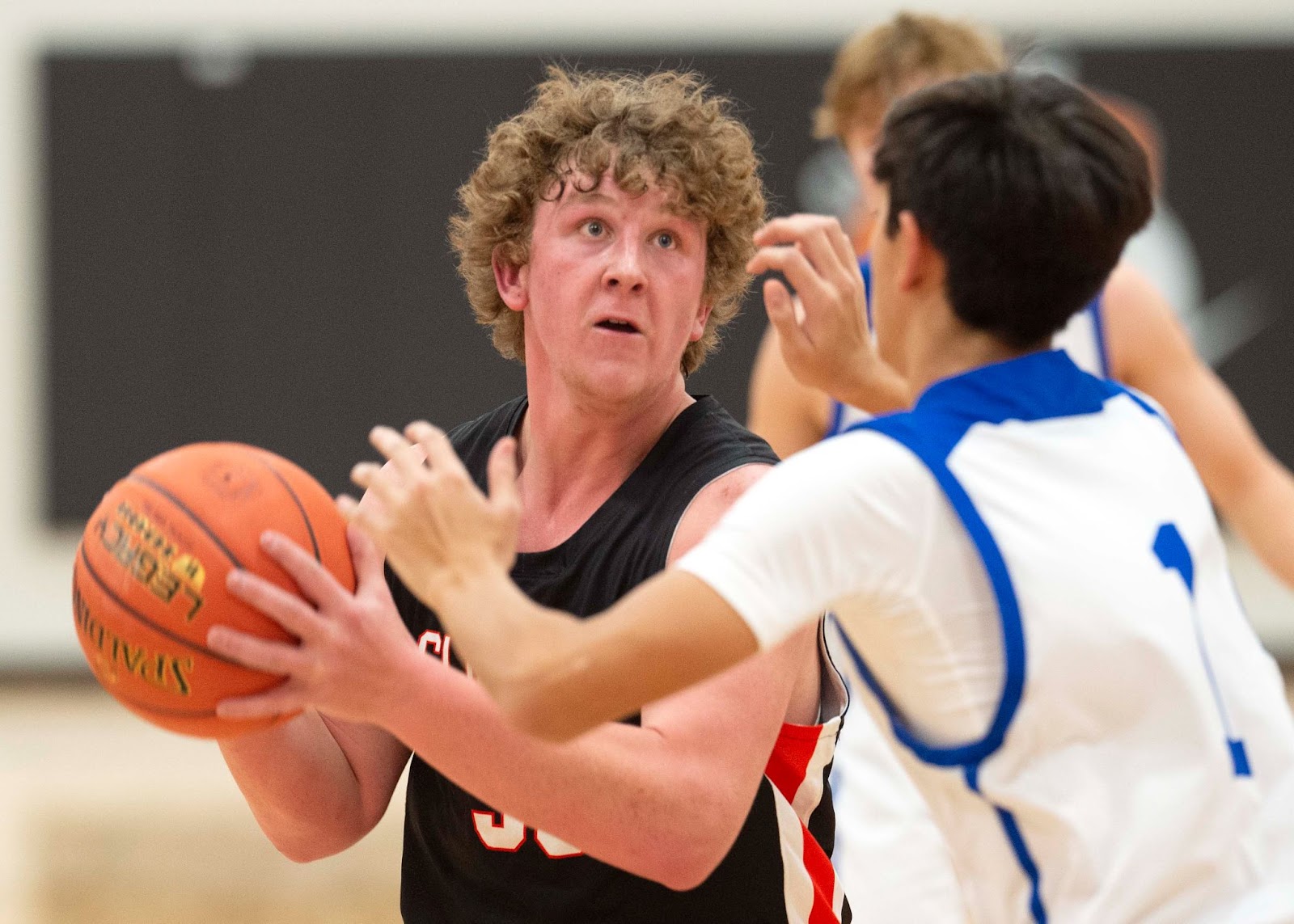 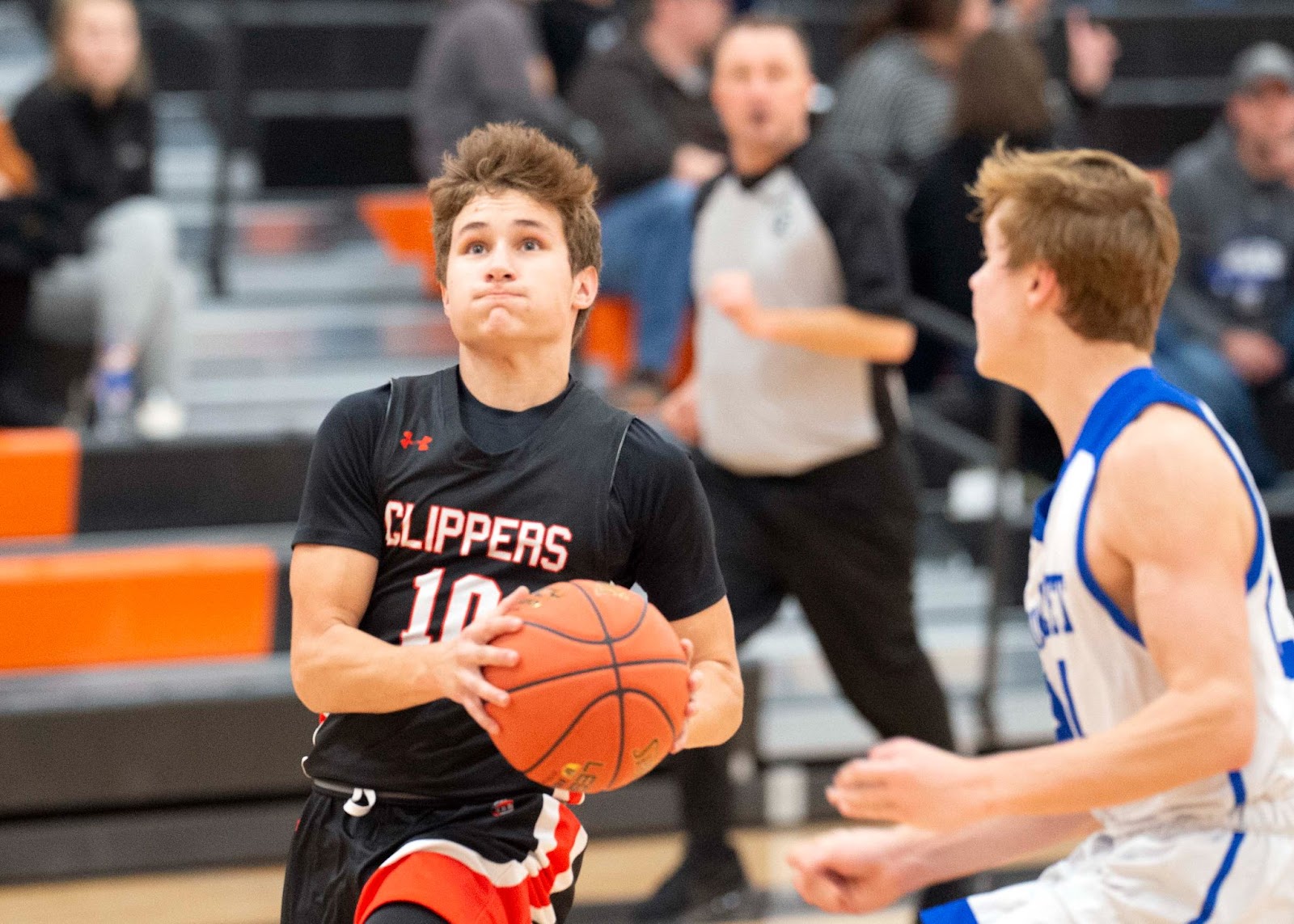 Braeden Hastings comes in for a layup. 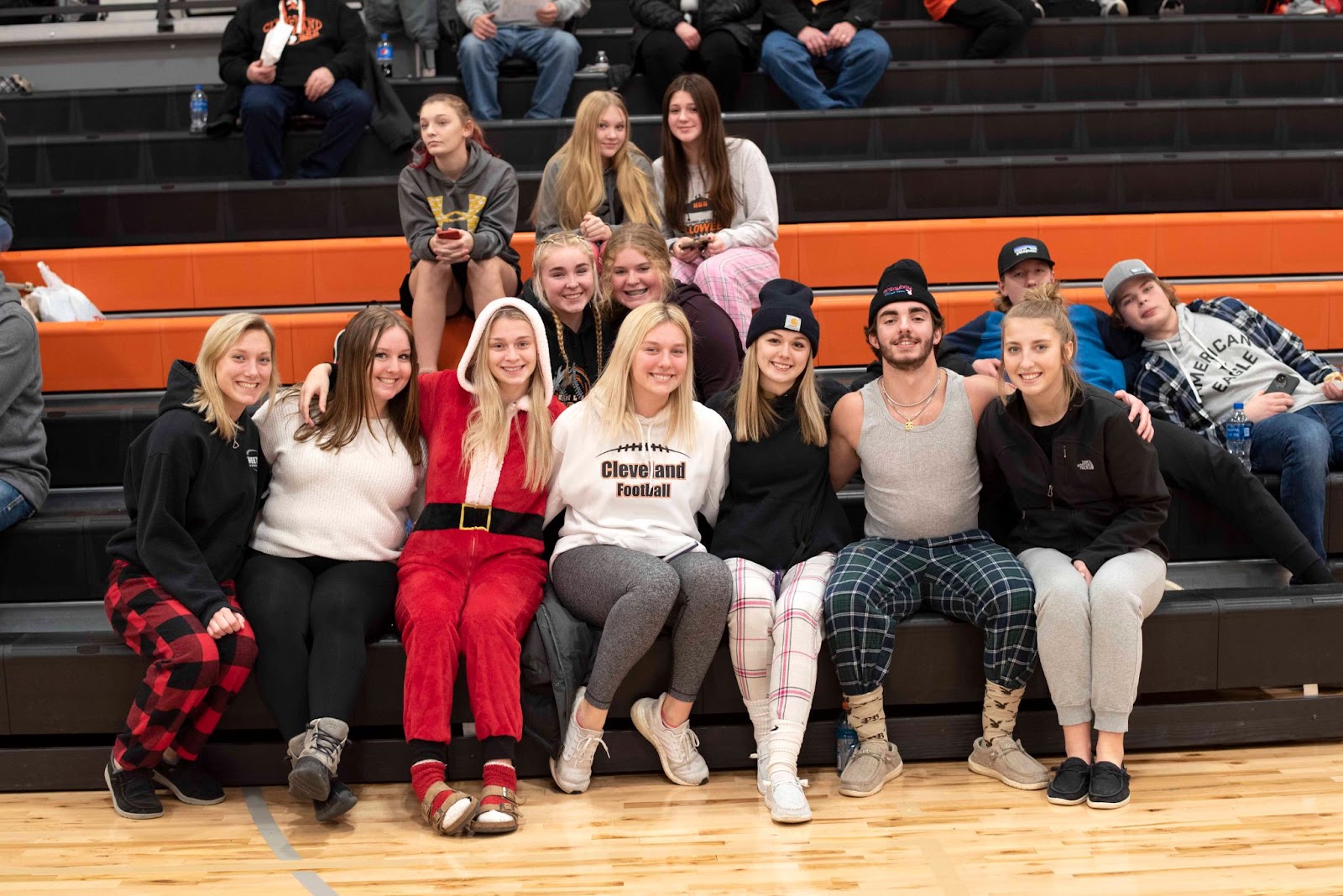 It was a cozy student section. In the Santa Clause PJs is Jordyn Klingel.