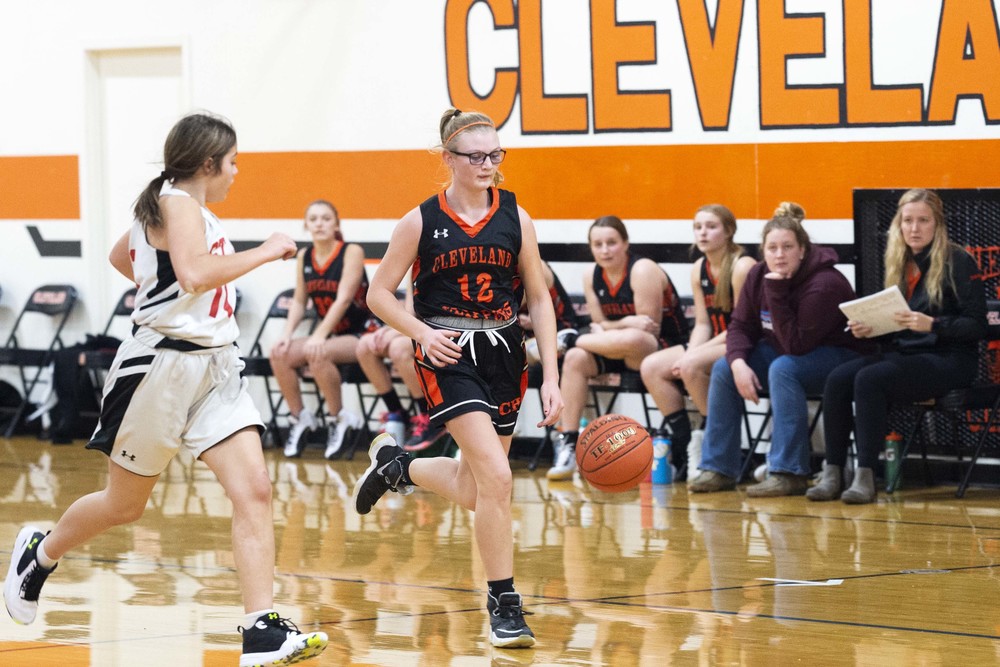 Above: Kiera Schipper takes the ball in front of the Cleveland bench.

St Clair led early, but Kiera Schipper assisted Haddie Jobe, who was all alone under the basket, to pull the Clippers within a point, 13-12. Schipper followed up with a pair of free baskets and then scored the last basket of the half for a 16-13 Cleveland lead at the break.

Mollie Bowman put in a couple of baskets and a foul shot early in the second half for a 21-17 Clipper advantage, but the Cyclones went on an 8-point run from there.

Olivia Reinhardt made a foul shot, and Delaney Thompson drove for a basket after that, but it wasn’t enough, and St. Clair held on for the win. 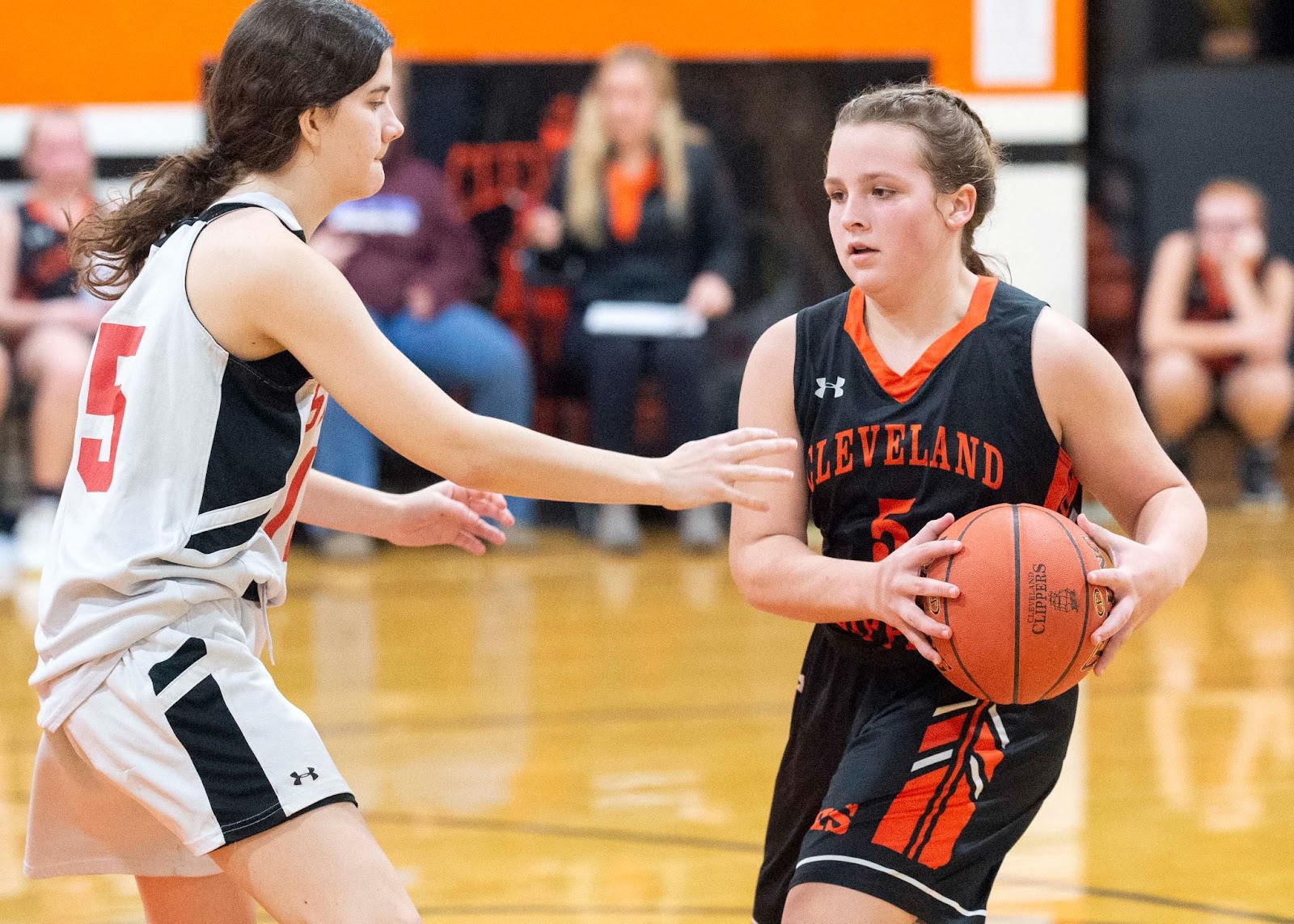