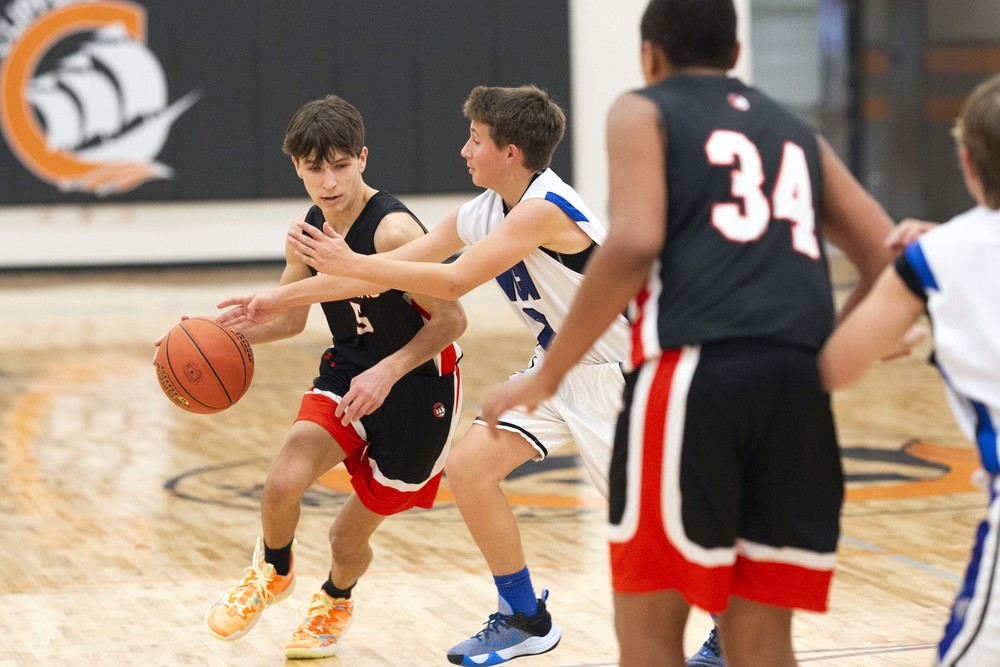 B and C Boys fall to MCW

Above: Kale Kelley drives toward the basket in the C-Squad game.

With a steal in the Clipper paint with five seconds remaining, visiting Martin County West secured a win 20-18 over the B-Squad boys on Friday.

The B Clippers were ahead 9-6 at the break. The Mavericks scored the first basket of the second half, but Jaden Miller scored on a layup, and Kale Kelley drove the paint to put the Clippers in front 13-8.

The Mavericks responded with a three and a couple of baskets from the free-throw line to pull within a point, 14-13 with 6:34 remaining.

The Clippers tried to control the ball, but after a basket from the foul line, MCW went on the steal for six points that put them up front 20-14.

Kelley hit a jump shot and then rebounded and scored to pull the Clippers within a basket, but they missed a chance to tie as the last few seconds ticked off the clock.

Only playing in the first half, Braeden Hastings had two points, Blake Lyons had three points, and Gabriel Sullivan had two points.

In the C-Squad game, Kelley and Kyle Connor each had three points in the first half.  A Miller three was the only Clipper basket in the second half.

The C- and B-Squads host Madelia on Monday. 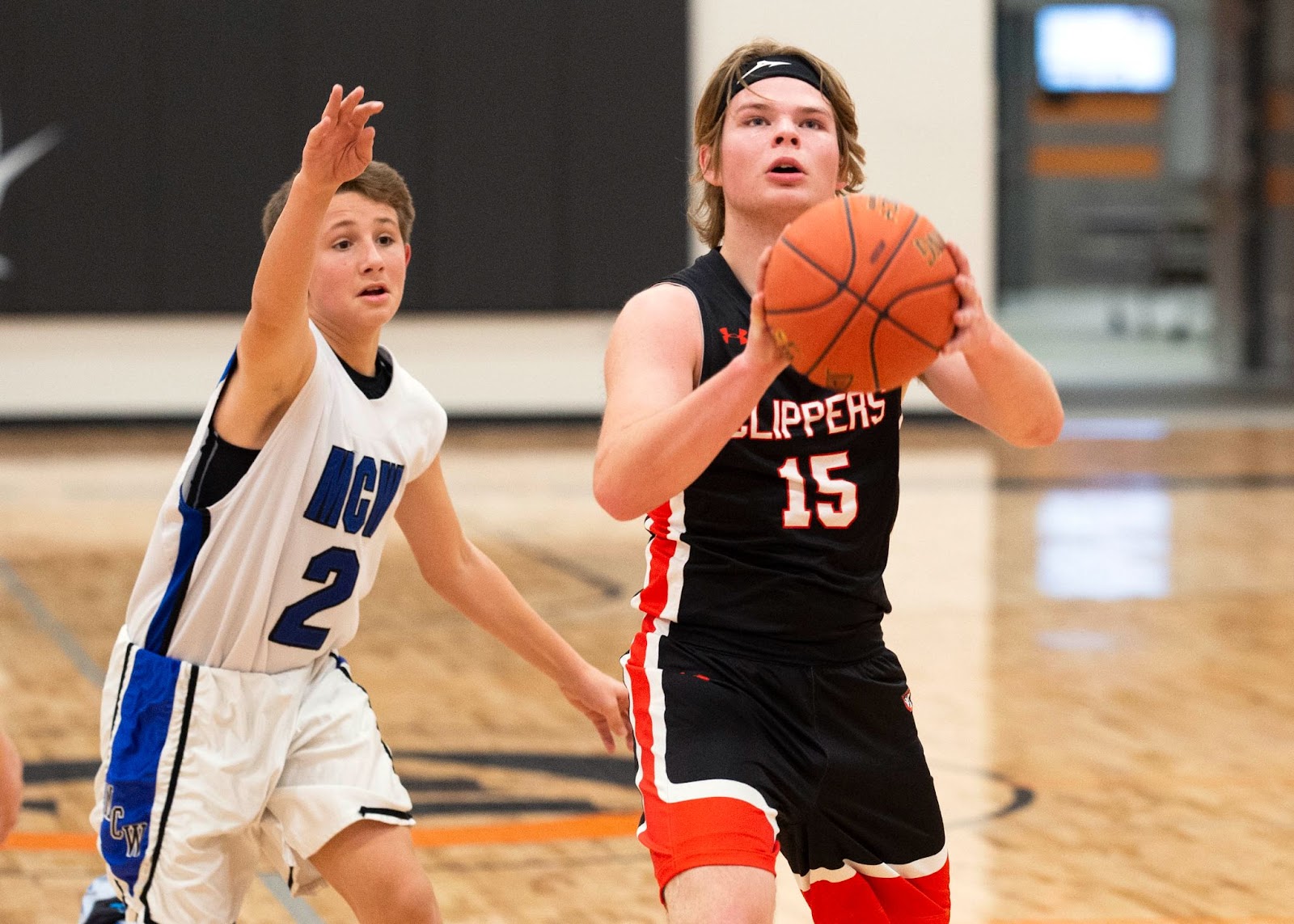 Brady Bostic sets up for a shot during the C-Squad game. 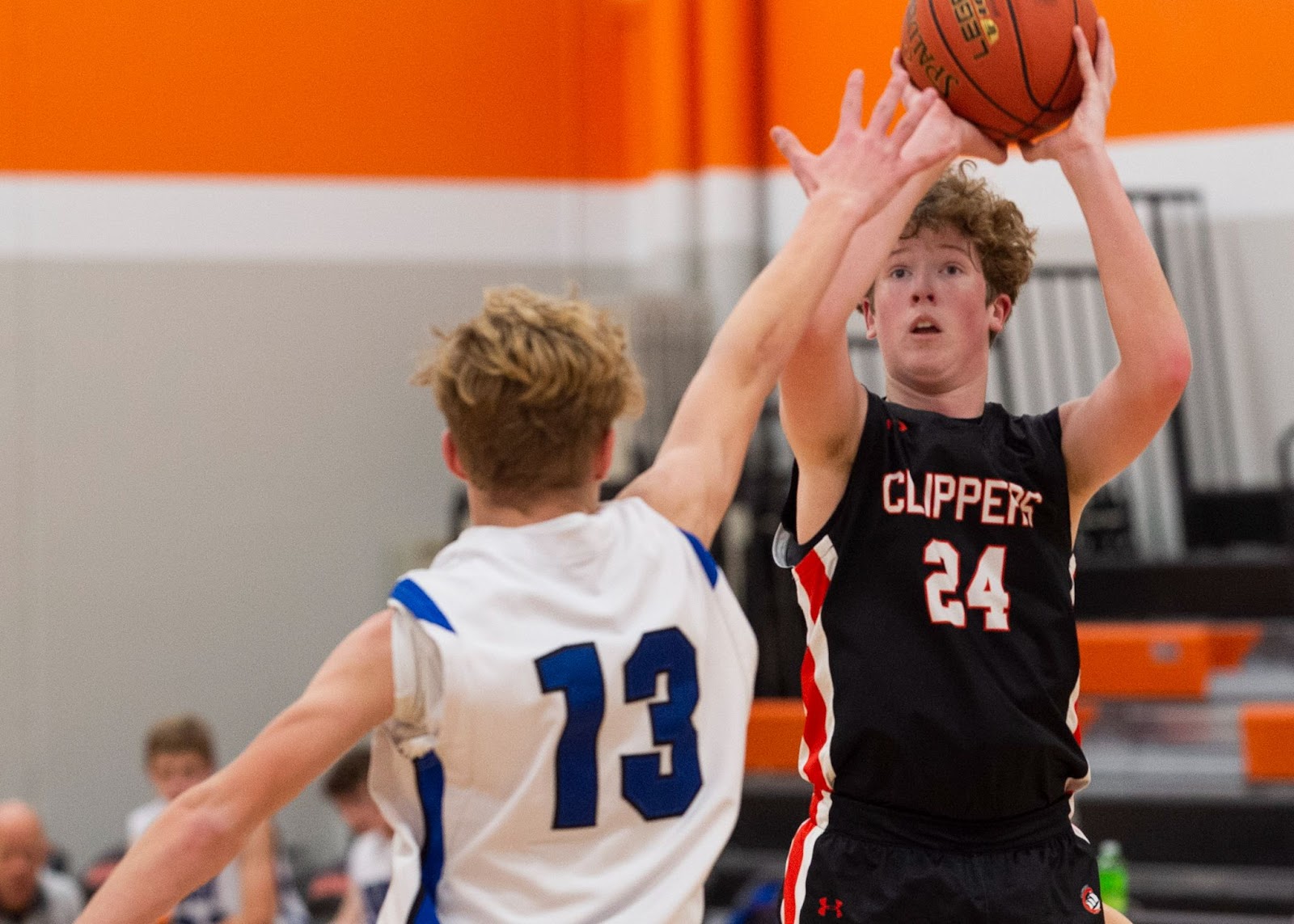 Kyle Connor puts up a shot during the C-Squad game. 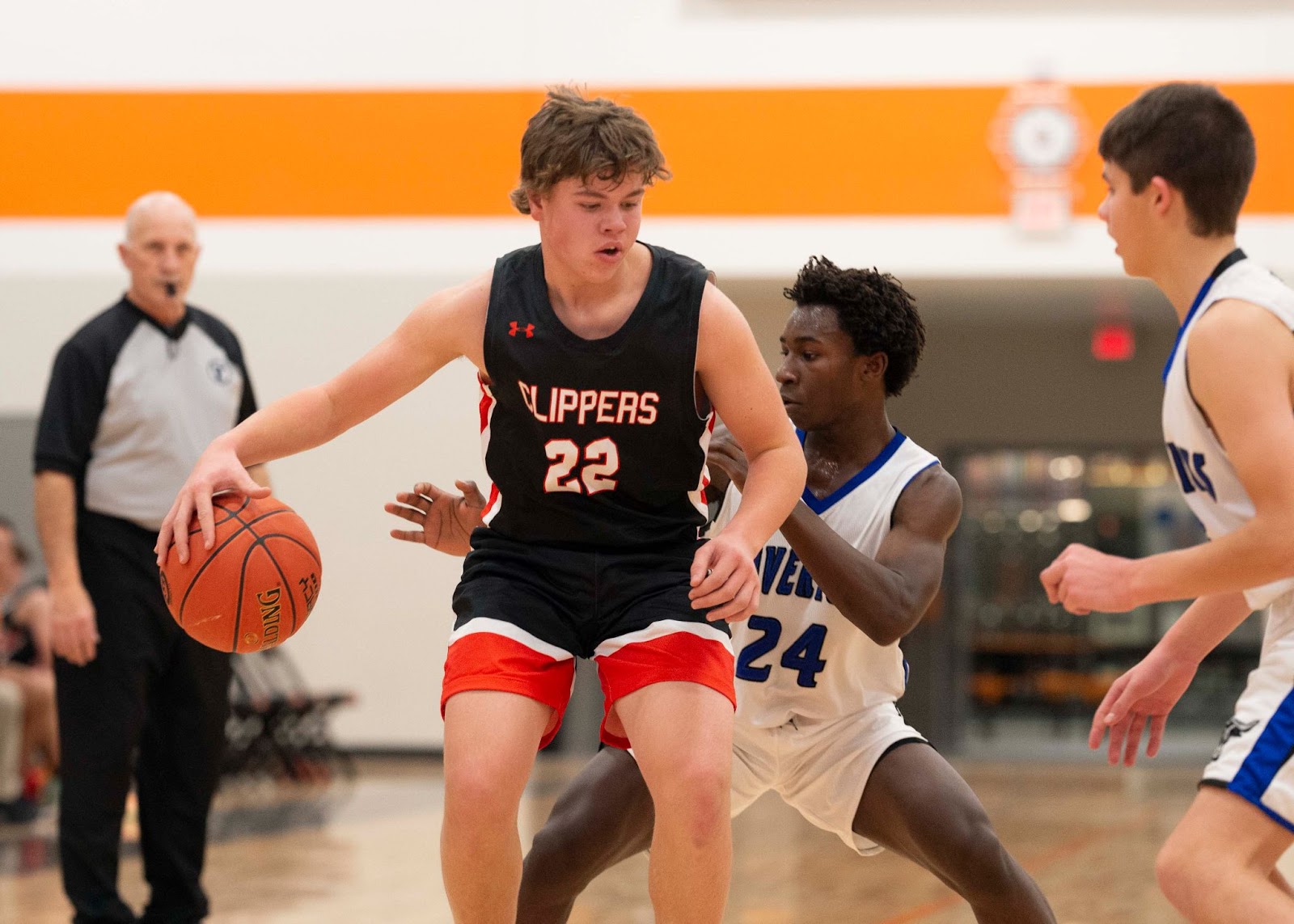 Gabe Sullivan fends off a MCW defender during the B-Squad game. 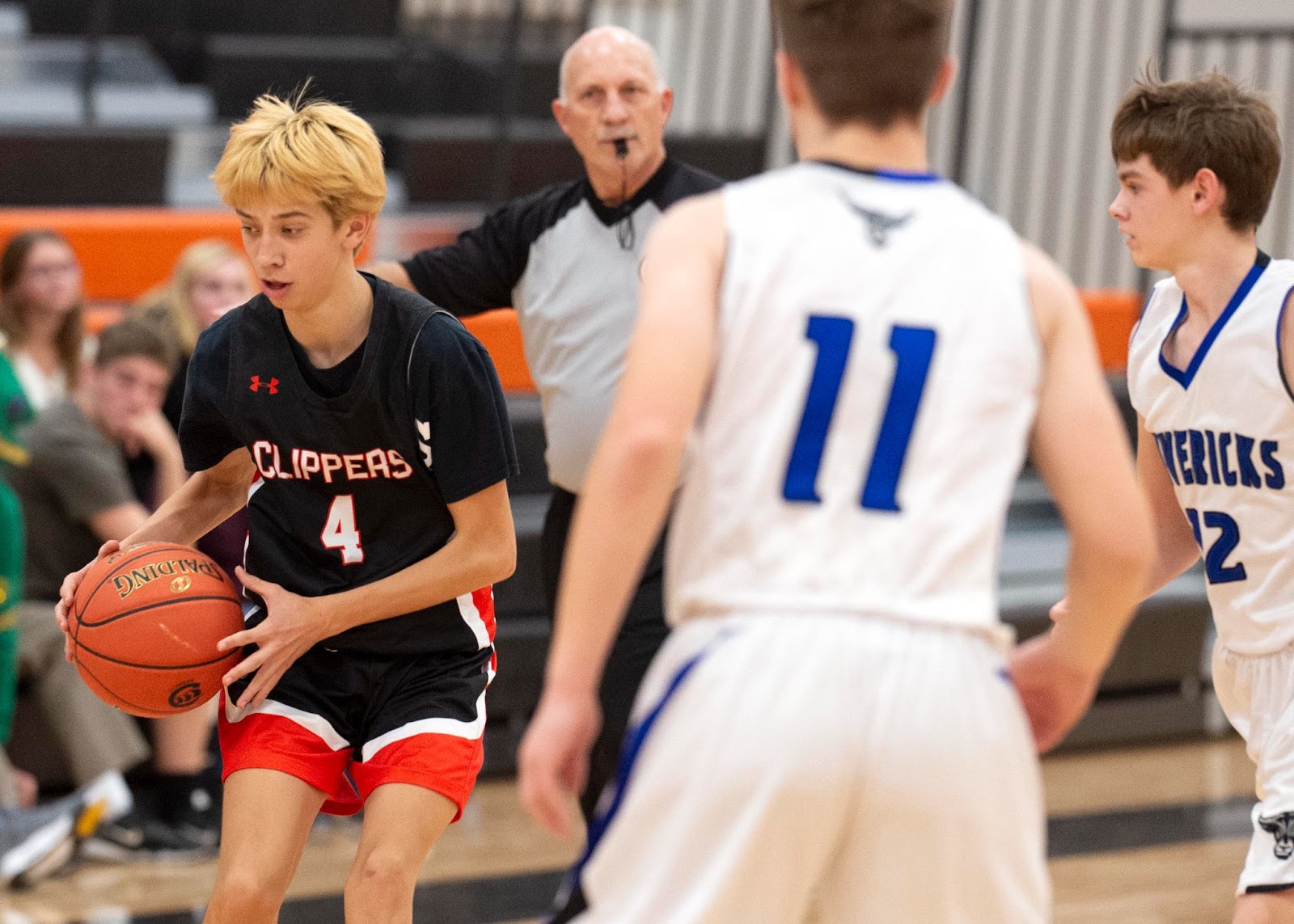 Jorden Rossow takes the ball over the half-court line during the B-Squad game.