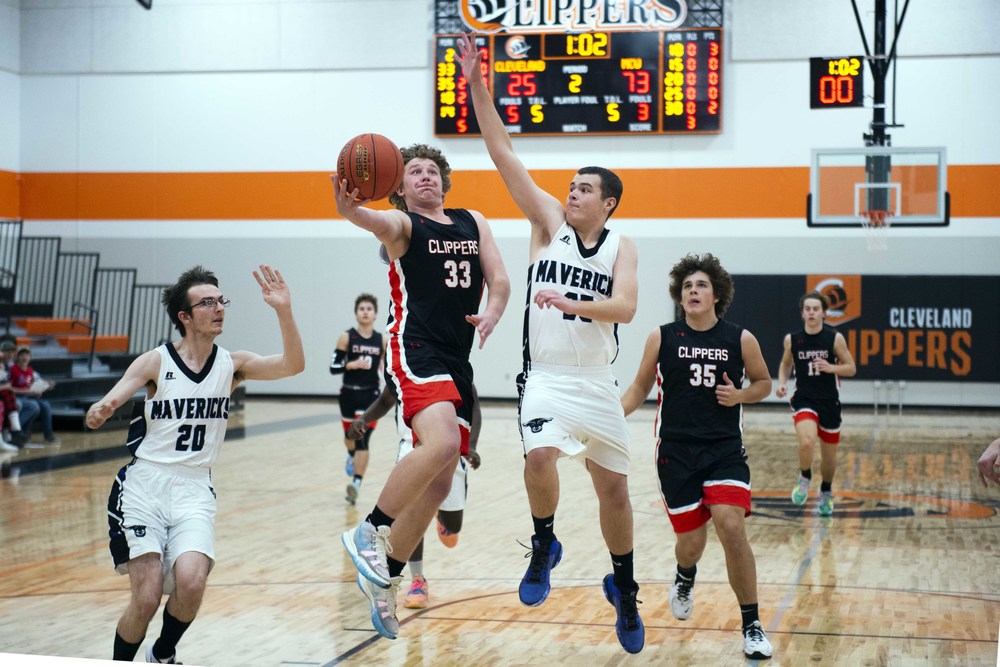 Varsity boys up game in loss to MCW

Above: Senior Wyatte Devens drives in for a shot.

Knee deep in the toughest part of their schedule, the Clipper boys fell 78-23 to visiting Martin County West on Friday.

But despite the decisive defeat, the Clippers upped their game in the outing, moving the ball around like clockwork at times.

“They played with a lot more confidence tonight,” said head coach Mike Meyer. “Even compared to last night…MCW is potentially a better team, but some of our guys took the open shots I wanted them to take. They weren’t scared.  Last night a lot of them were hanging on to the ball for 3 to four seconds. That’s just too much time, so that was a big thing tonight: to snap the ball around until we get an open shot.”

After the Mavericks put in an alley-oop out of the gate, Carter Dylla arced in a three, but the Clippers didn’t score again until—29 Maverick Points later—Dylla hit a jumper at the 7:55 mark.

With a Dylla inside basket, a two and a three by Colin Krenik and a Braeden Hastings basket from the charity line following, the Clippers trailed 47-13 at the break.

Blake Lyons spun for the first Clipper basket of the second half. Gabe Sullivan scored on a layup, Kolby Gens posted a two-pointer and a foul shot, Hastings scored from behind the arc, Dylla hit a jumper from the baseline, and a three from Lyons was the last basket of the game.

The Clippers made two of six foul shots. MCW put in eight three pointers and put in five of 16 foul shots.

The Clippers committed 17 turnovers. Krenik and Lyons each had a pair of steals. Krenik had six rebounds. Lyons had five rebounds. Dylla, Krenik each had two assists. Gens had two blocks.

“Obviously there is still a lot to work on,” Meyer said. “When we get out there and get a practice in, we’ll get some of it kinked out.”

The Clippers host Madelia on Monday. The Blackhawks competed in one game in the Valley, a 75-49 loss to LCWM. 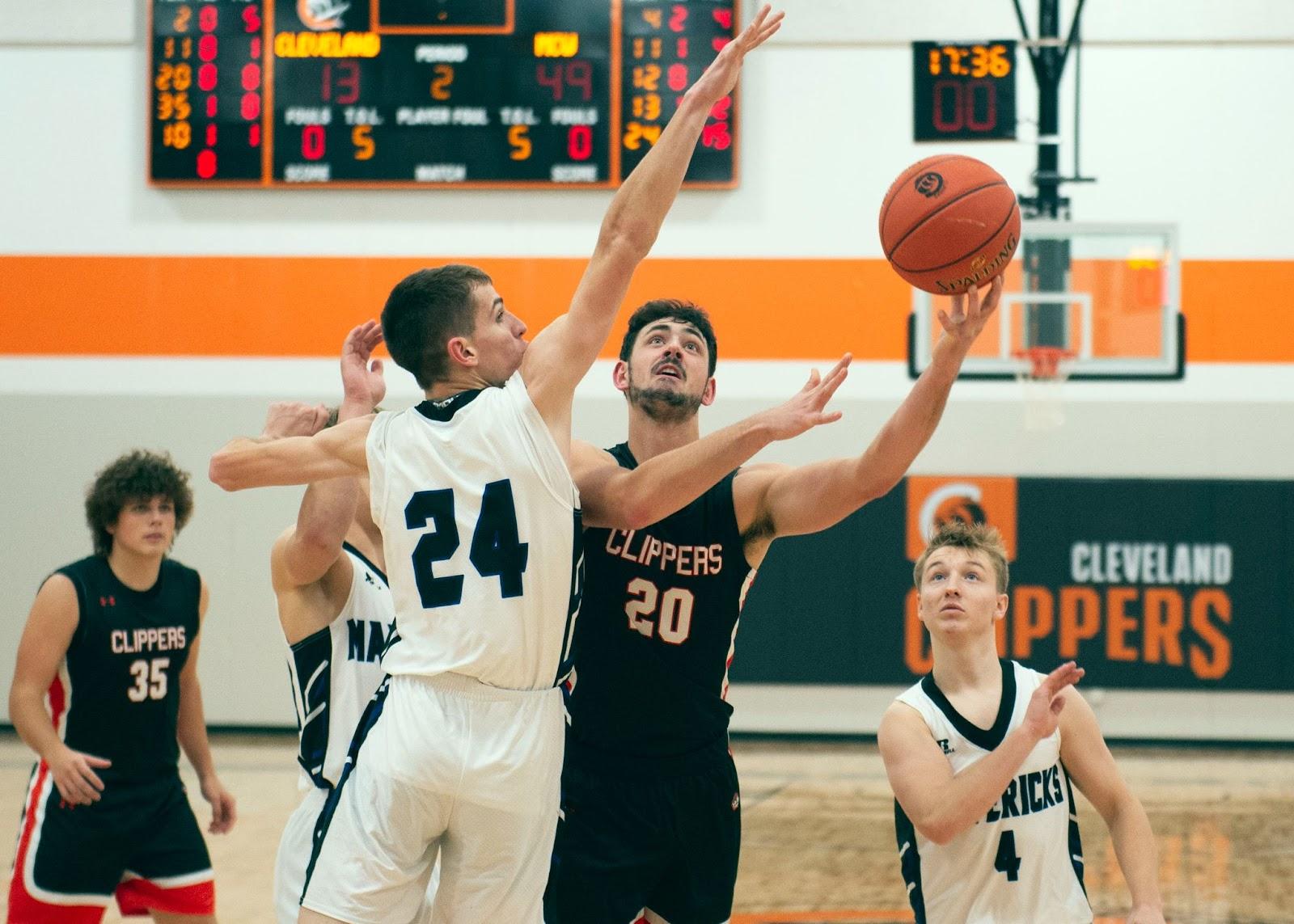 Kolby Gens puts up a shot from under the net. 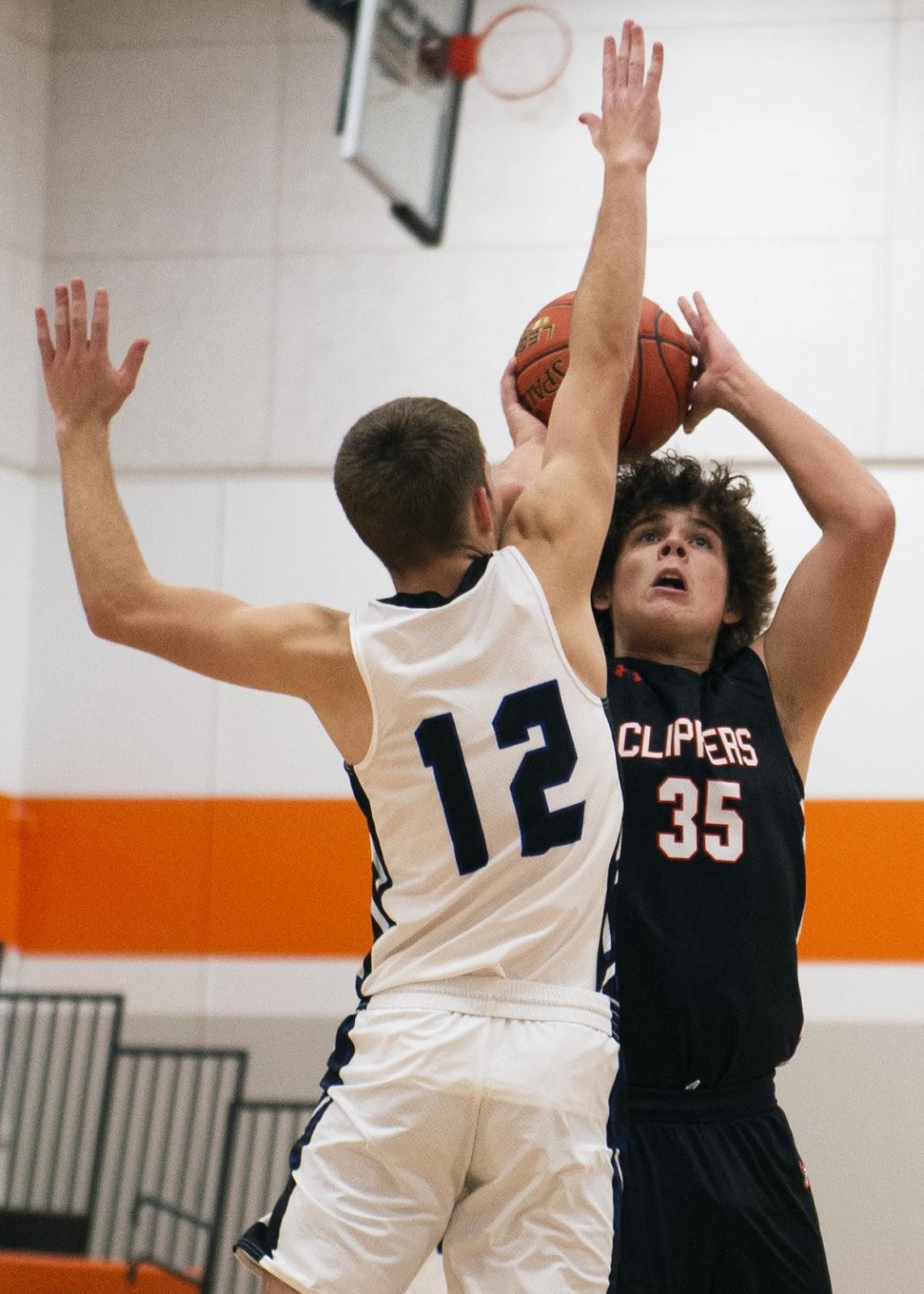 Lucas Walechka pumps up a shot. 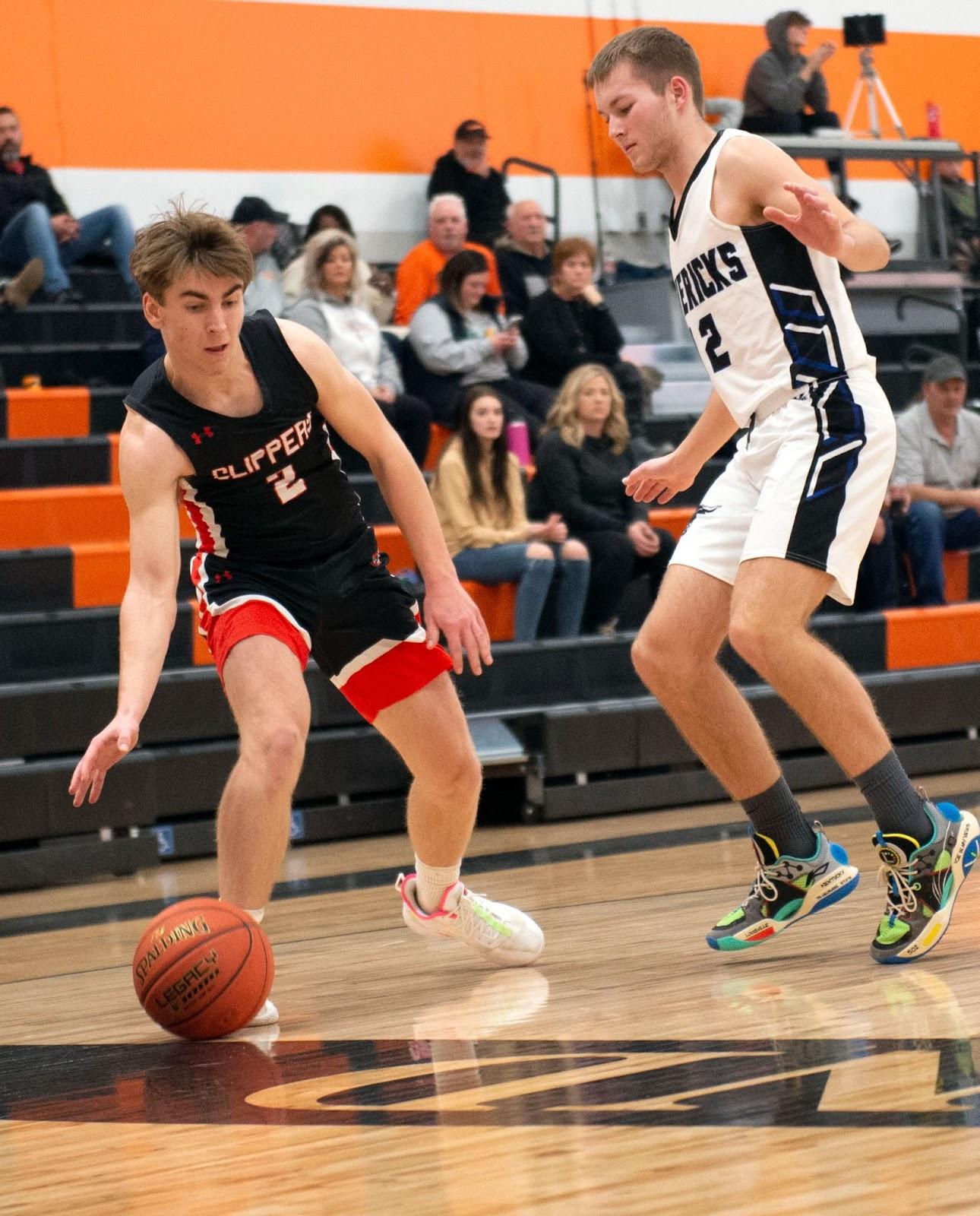 Carter Dylla flirts with the line. The ref called out of bounds. 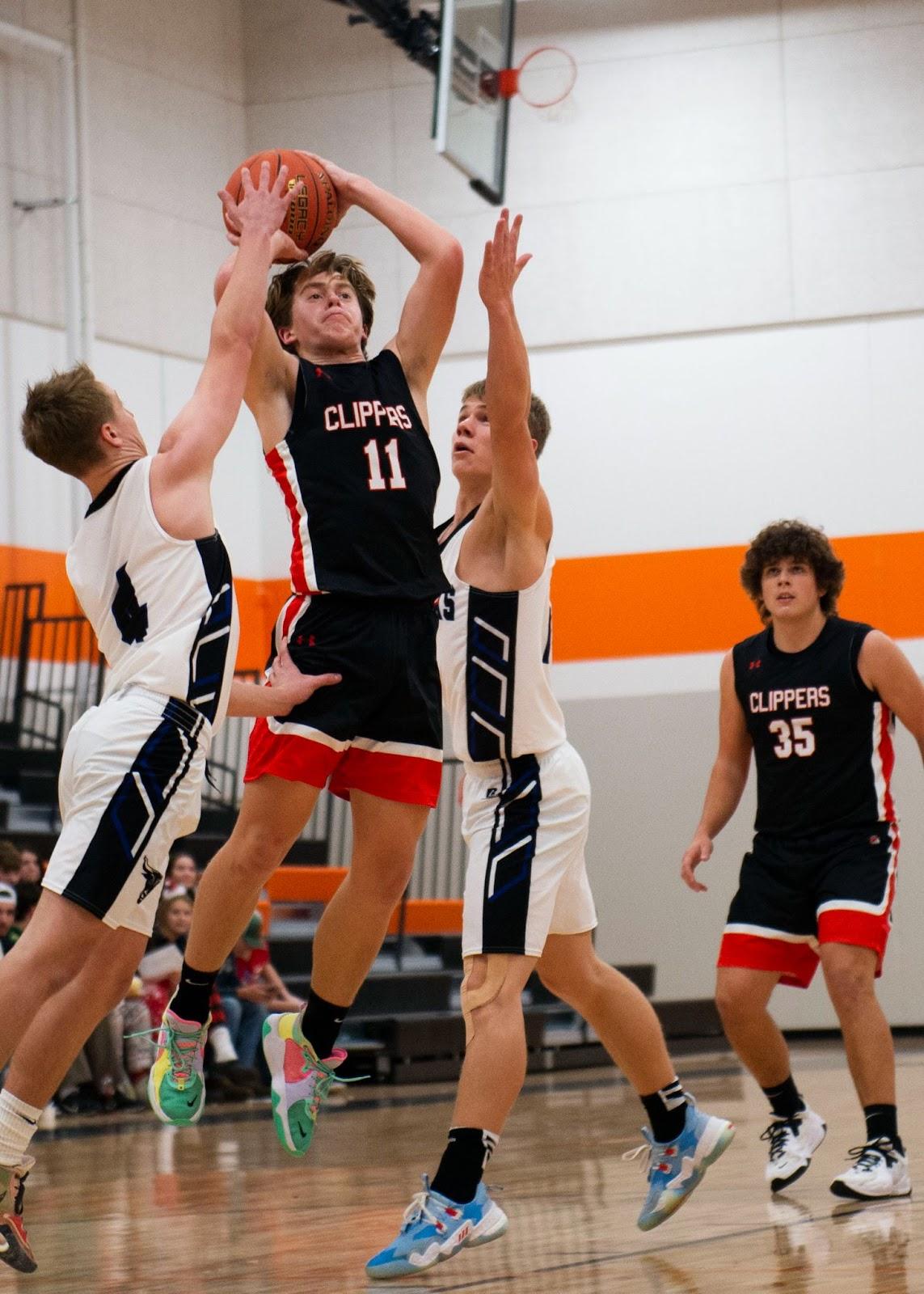 Blake Lyons goes up for a shot. 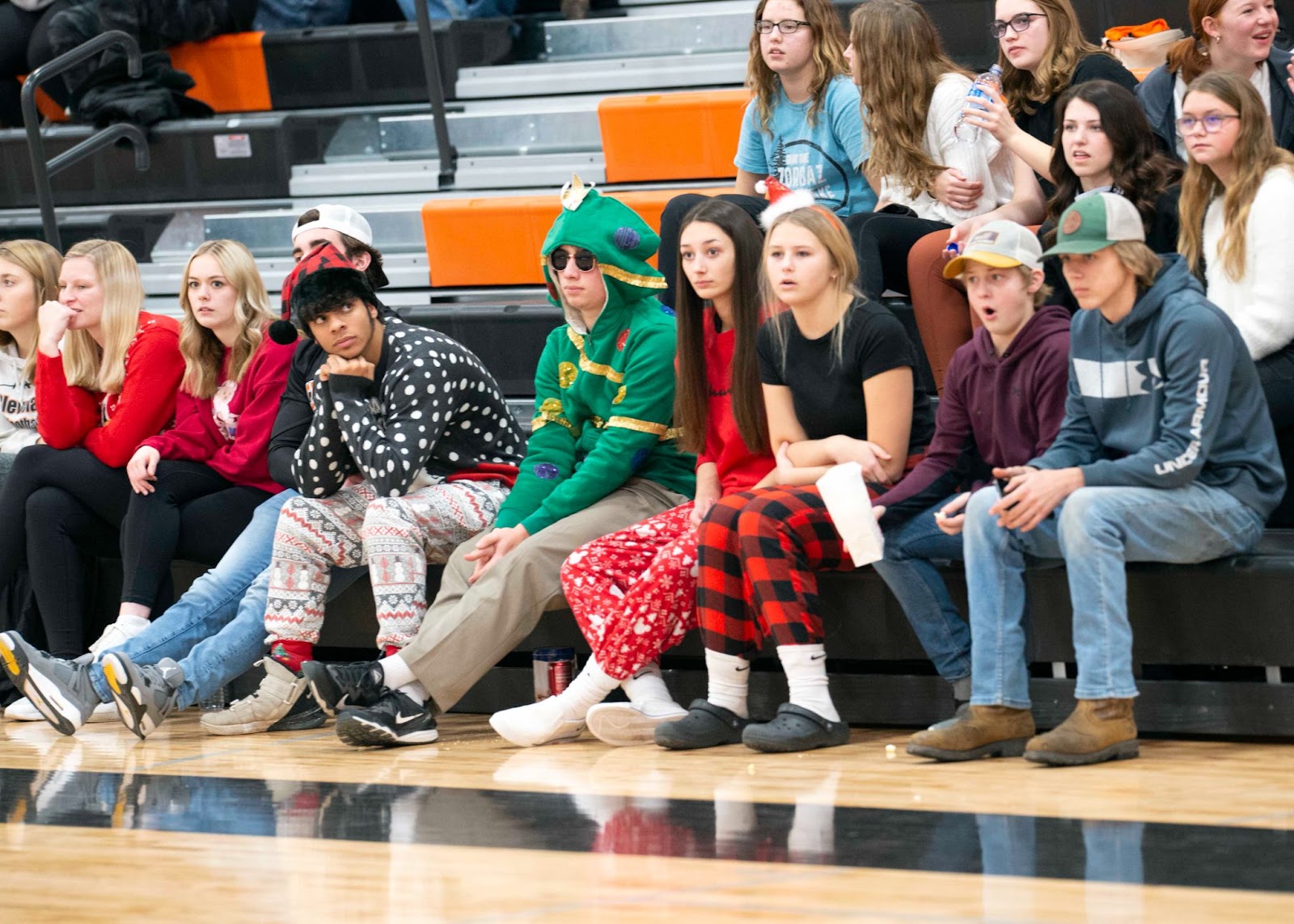 The student section was ready for visions of sugar plums.