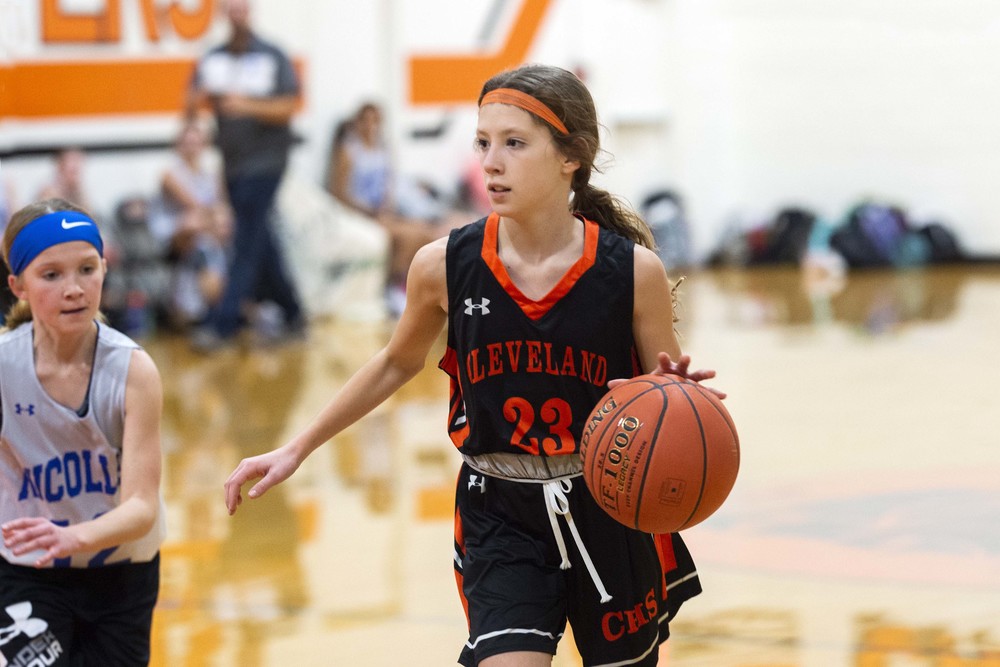 Above: Taylor McCabe drives toward the net in the seventh-grade game.

Christmas came early for both the seventh-grade and the eighth-grade girls teams on Monday with easy wins over visiting Nicollet.

In the eighth-grade game, Delaney Thompson stole and scored for the first basket. Mollie Bowman took and inbound pass up and in, and Thompson, Mackayla Janzen and Sierra McCabe each made a foul shot for before the Raiders got on the board with a free throw.

From there, Kiera Schipper rebounded and scored and then took an Olivia Reinhardt handoff in for a basket en route to a 40-11 triumph.

Schipper put in one more point then the entire Nicollet team. Bowman scored 10 points but sat out injured in the second half. Thompson added seven points, and Janzen posted five points. Reinhardt and Kaitlyn Flowers had two points. McCabe had one point.

In the earlier game, Schipper also had 12 points in her Christmas stocking to lead the seventh-grade team to a 35-2 victory. Thompson contributed 11 points. Haddie Jobe and Taylor McCabe each had six points.

The junior high girls will be back in action on January 4 at home against Randolph. 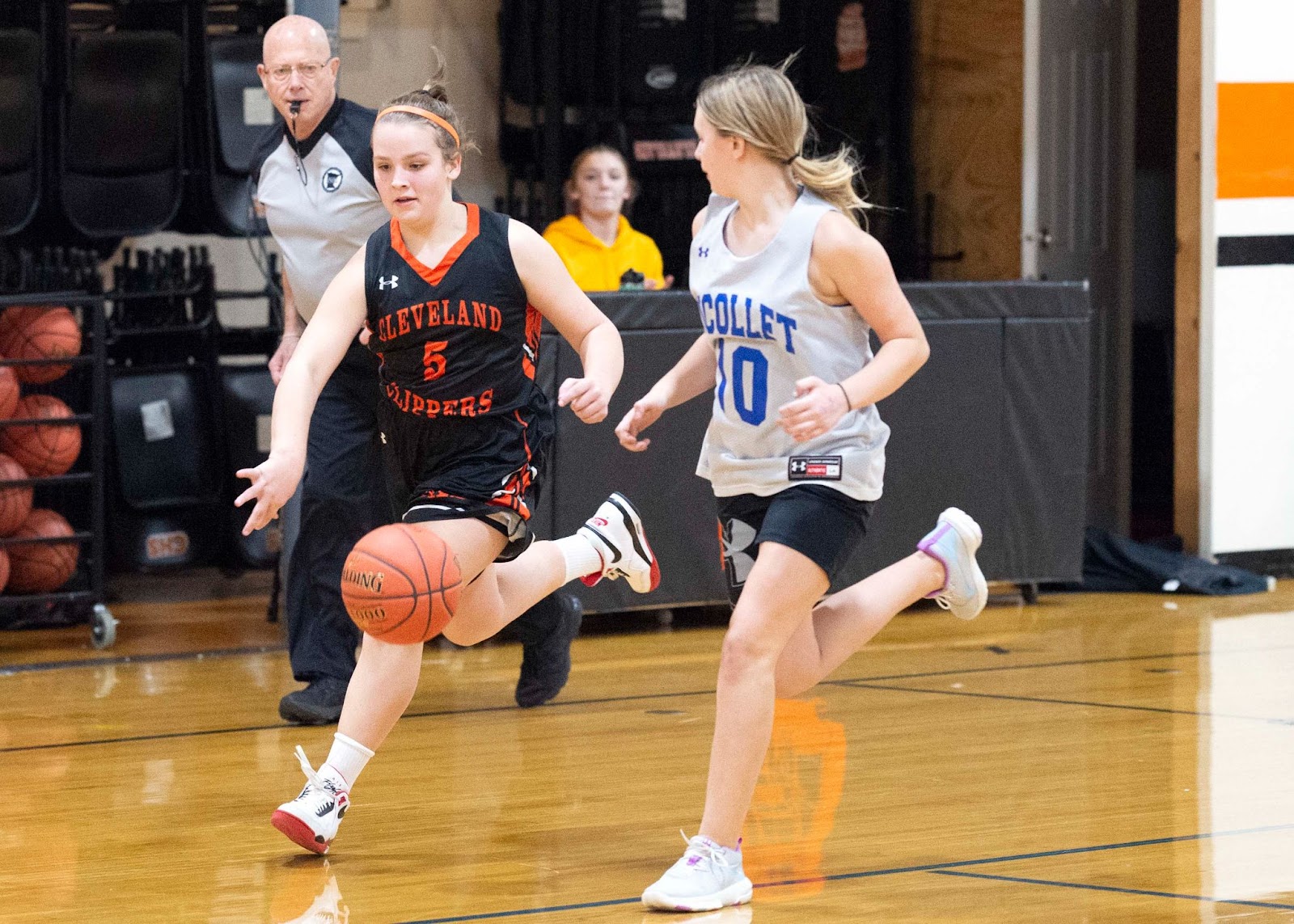 Kaitlyn Flowers races a Nicollet defender down court in the seventh-grade game. 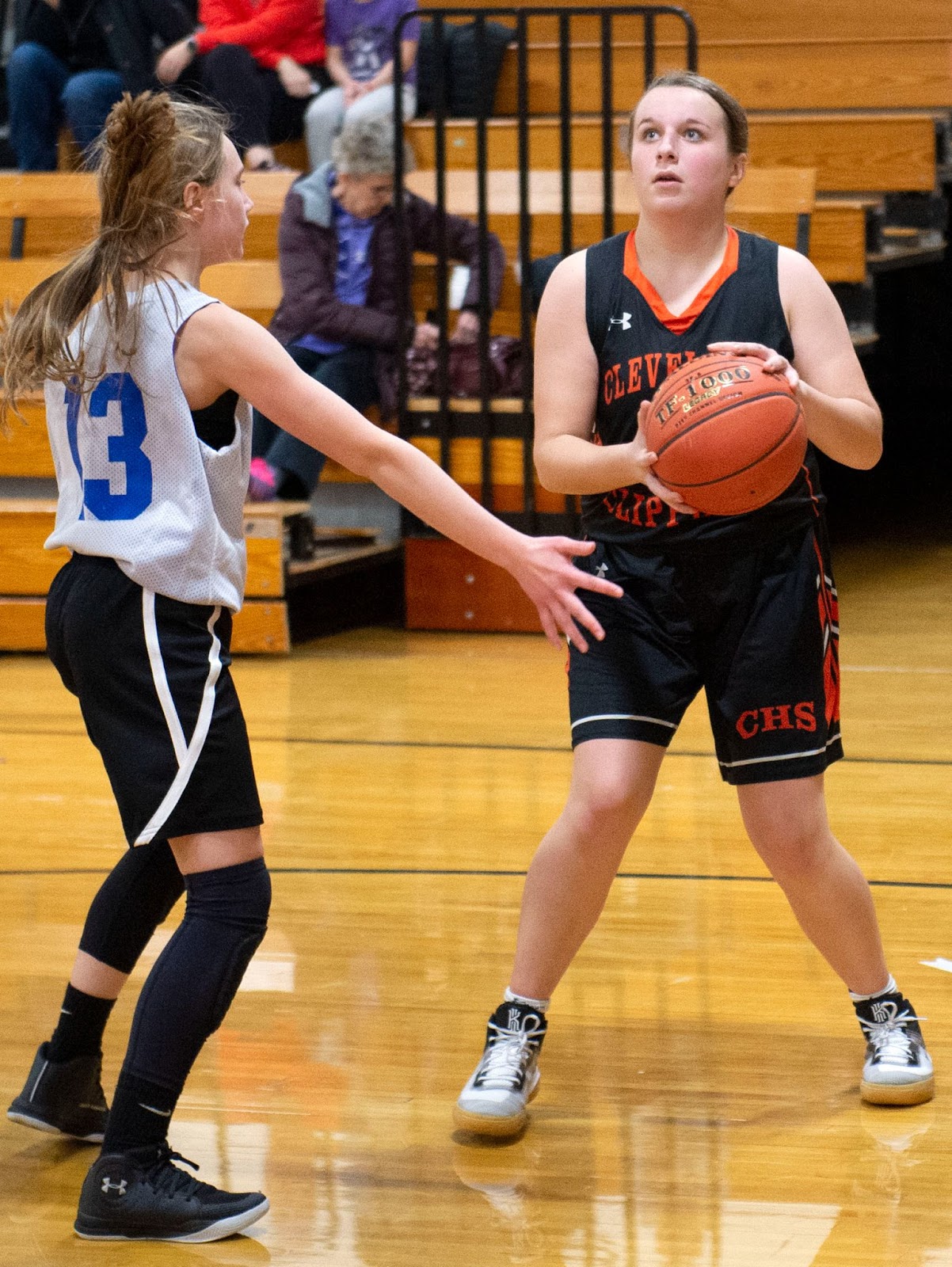 Olivia Reinhardt sets up for a shot in the eight-grade game. 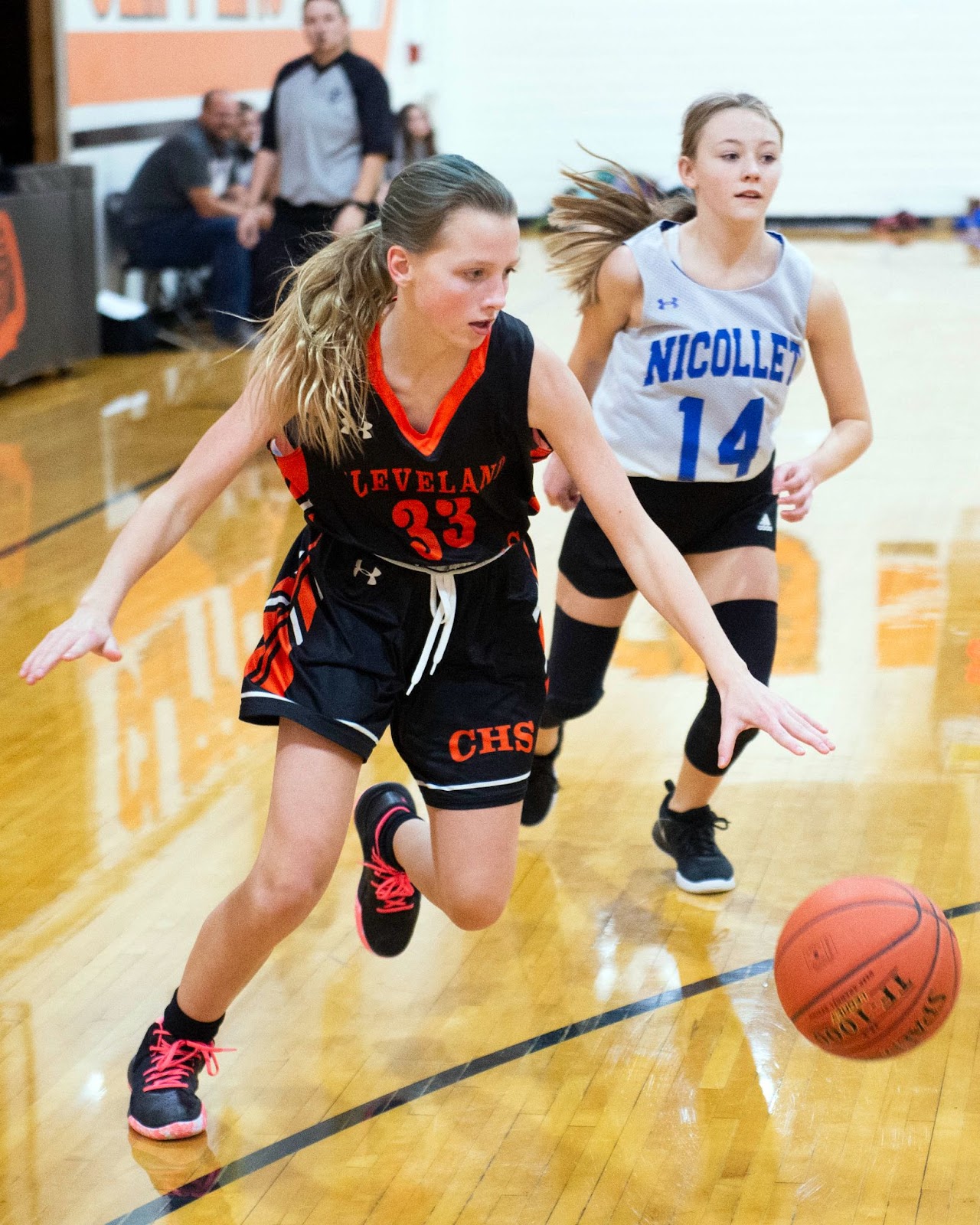 Mckayla Janzen drives to the rim in the eight-grade game. 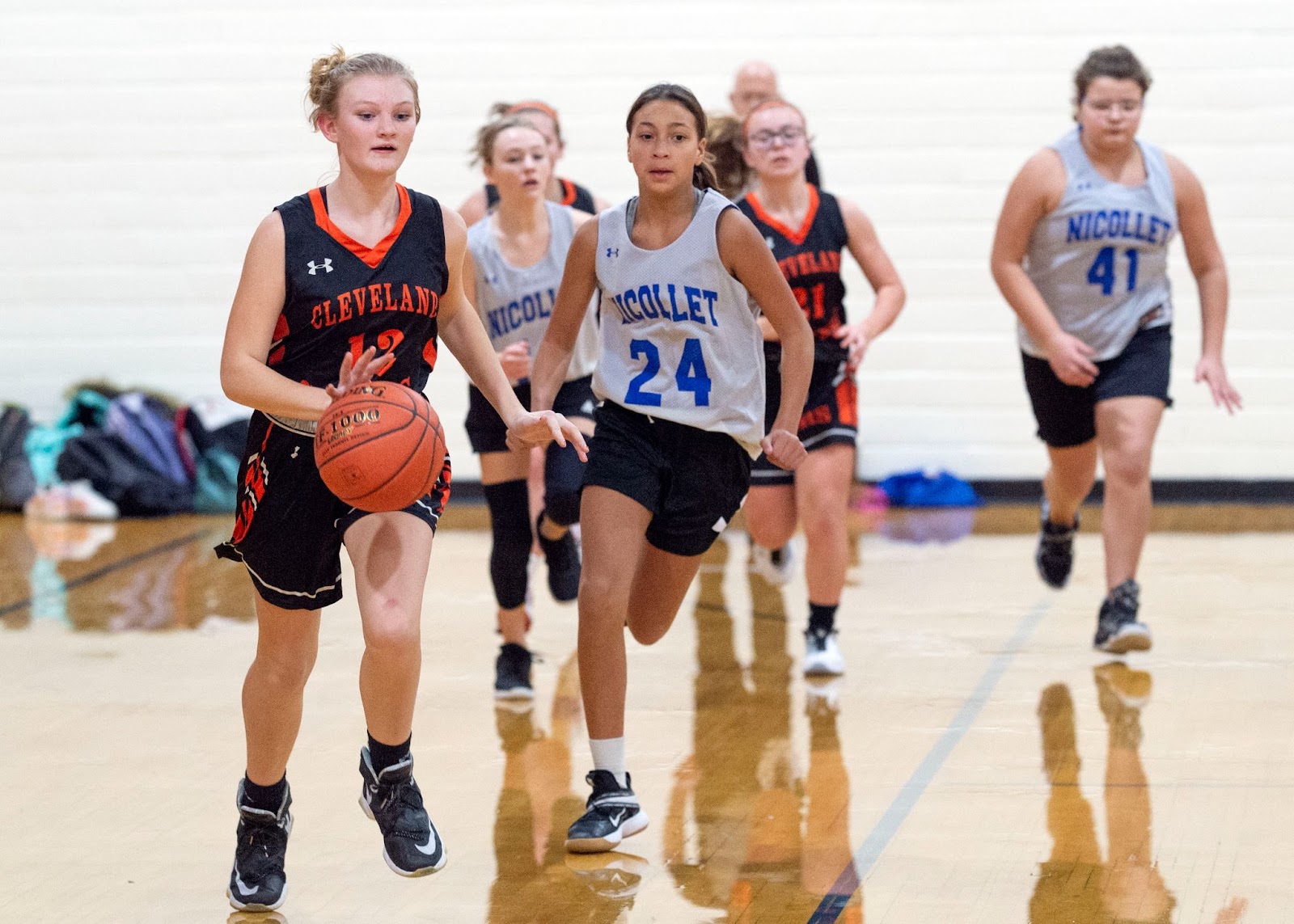 Kiera Schipper breaks away in the seventh-grade game.