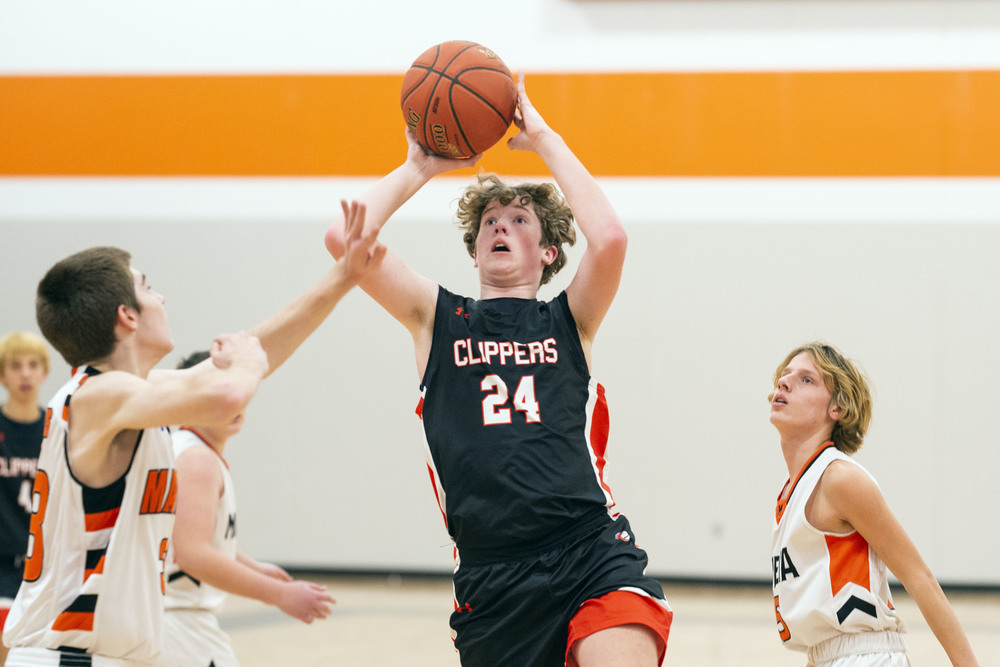 C and B squads lose leads, games vs Madelia

Above: Kyle Connor leaps to the net during the B-Squad game against Madelia.

Both the C-Squad boys and B-Squad boys had leads over visiting Madelia at halftime on Monday, but it was sticks in their stockings as neither could hang on for a win.

Madelia posted the next five points, but with a baseline drive by Kyle Connor, a Jaden Miller layup, another Connor basket, and a pair of freebies from Kale Kelley, the rest of the half was all Clippers for an 11-8 lead at the intermission.

But the Blackhawks scored the first 10 points of the second half, including two baskets from behind the arc, to take an 18-11 lead before Kelley finally got the Clippers on the board with a 2-point basket at the 8:10 mark.

Brady Bostic scored the only other basket from the floor for the Clippers in the second half, and the Blackhawks went on to a 27-19 triumph.

Blake Lyons hit a jump shot, Miller scored a pair of inside baskets, and Braeden Hastings hit a three during a 9-point run early in the B-game that put the Clippers up 9-4.

The rest of the half was a back-and-forth battle.

As the half drew to a close, Madelia put in a three to knot the game at 18, but Lyons grabbed an offensive rebound and scored to preserve a 2-point Clipper advantage at the pause.

But with the usual departure of Lyons, Sullivan and Hastings, the rest of the Clippers couldn’t keep up, and the Blackhawks outscored them 27-12 in the second half for a 45-32 win.

Miller led the Clipper Bs with 10 points. Hastings and Lyons each had six points. Johnson had four points. Kelley, Connor and Sullivan each added two points.

On Tuesday the B boys fell 49-36 to Martin Luther/Truman/GHEC in Granada. The Clippers trailed at the half 29-12.

The C-Squad did not have a game in Granada.

The C and B boys return to action on Tuesday, December 28 with a game at New Ulm Cathedral. 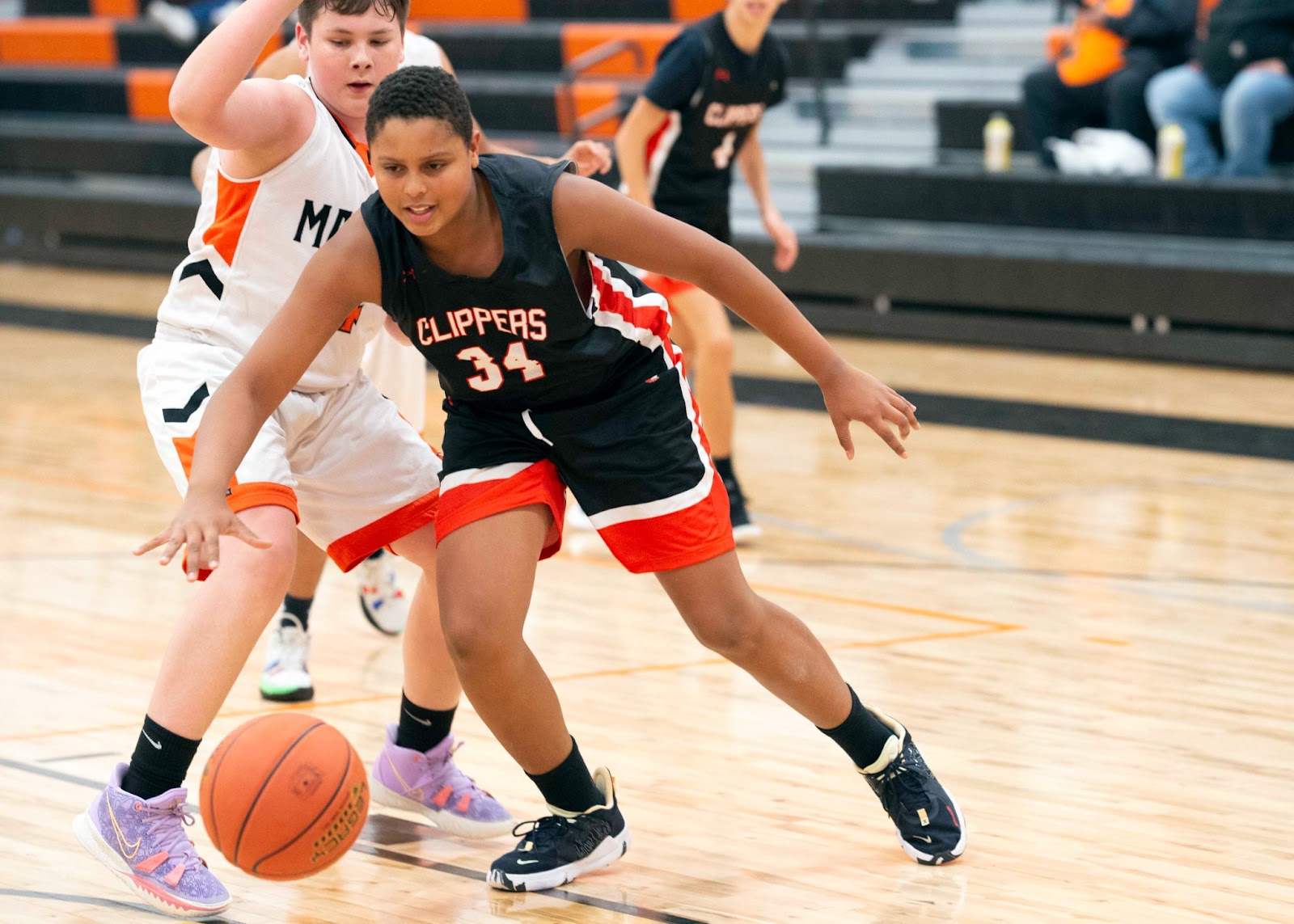 Alex Johnson dribbles to the goal in the C-Squad game. 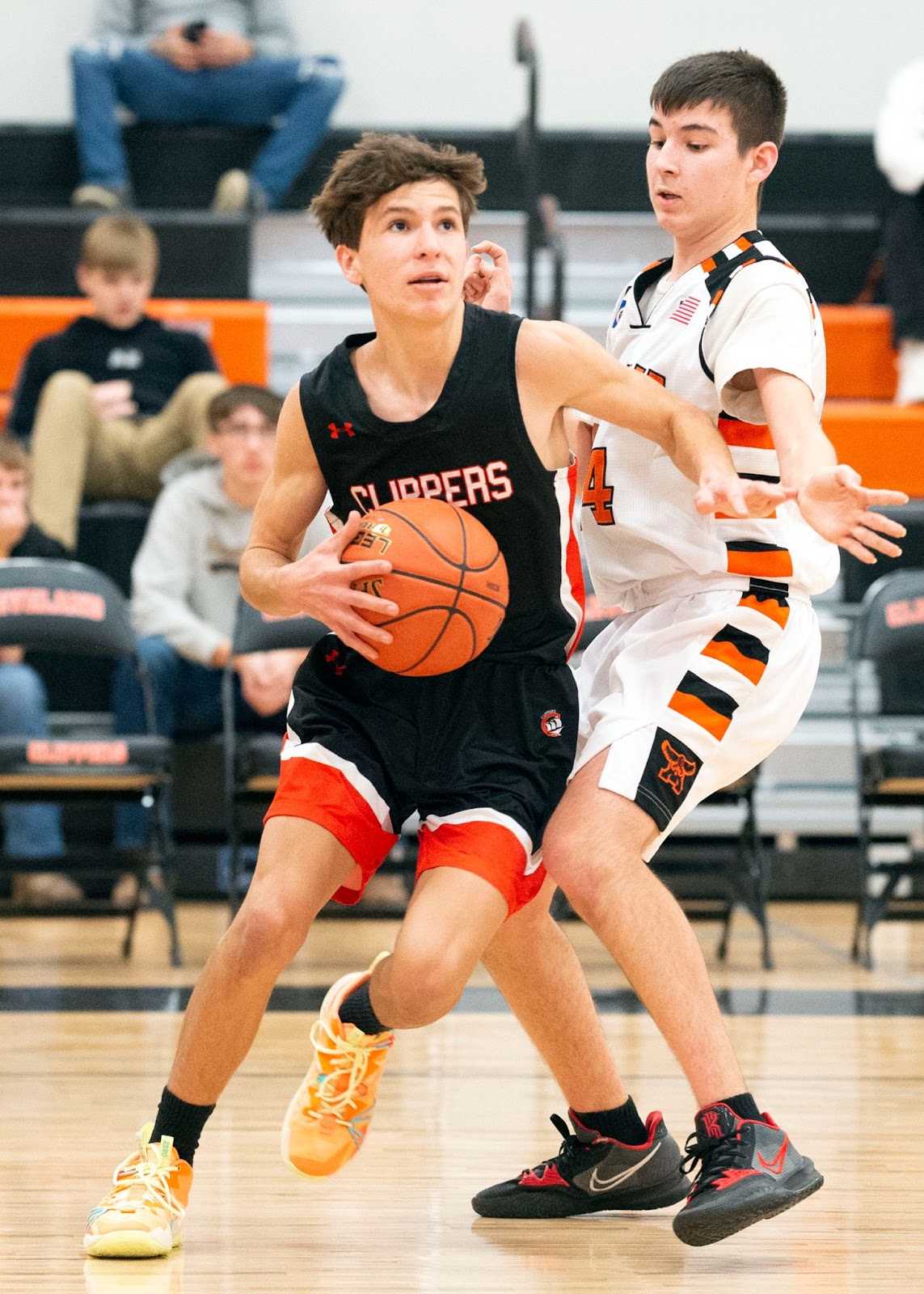 Kale Kelley drives down the baseline in the C-Squad game. 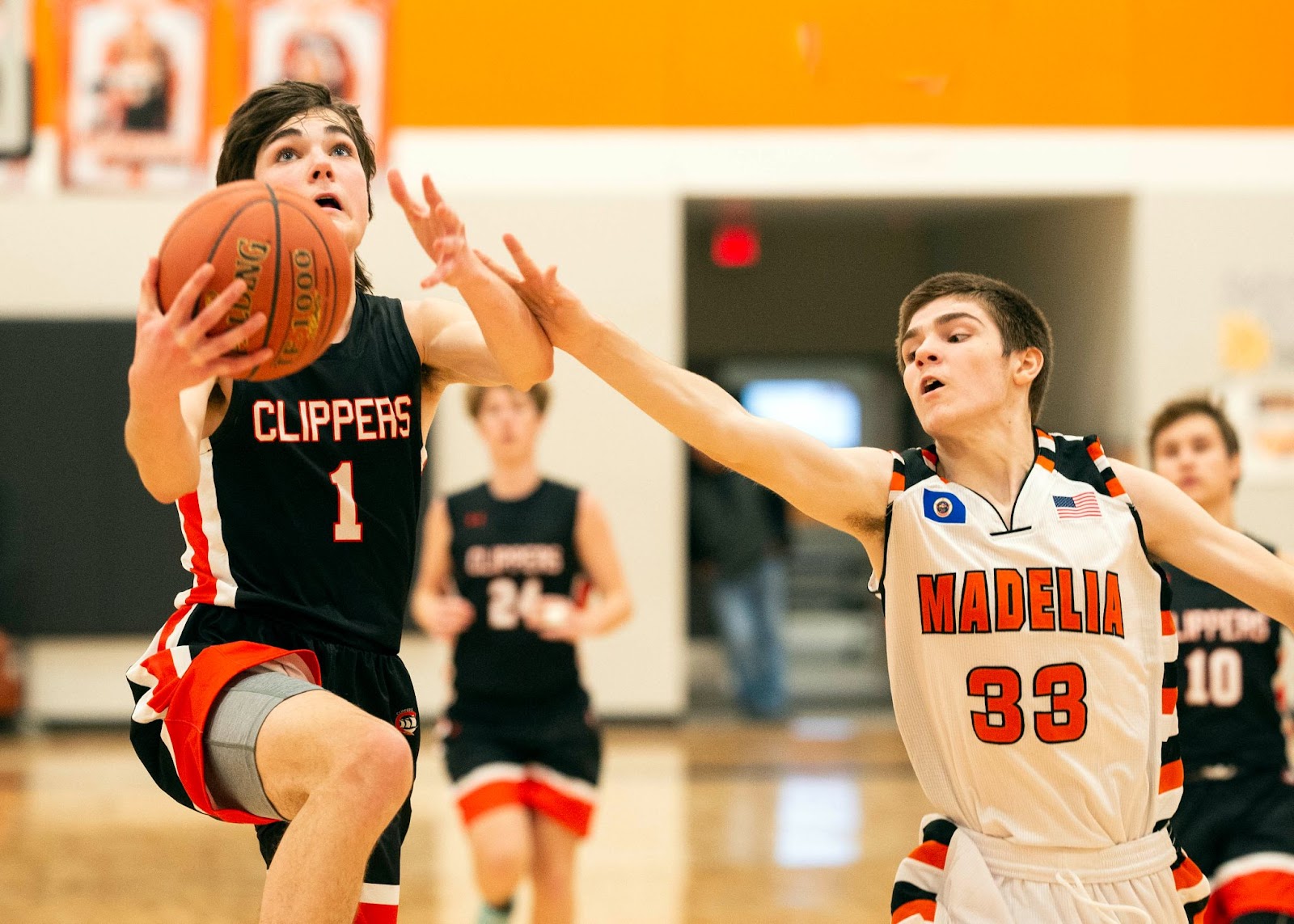 Jaden Miller goes up for a contested shot during the B-Squad game. 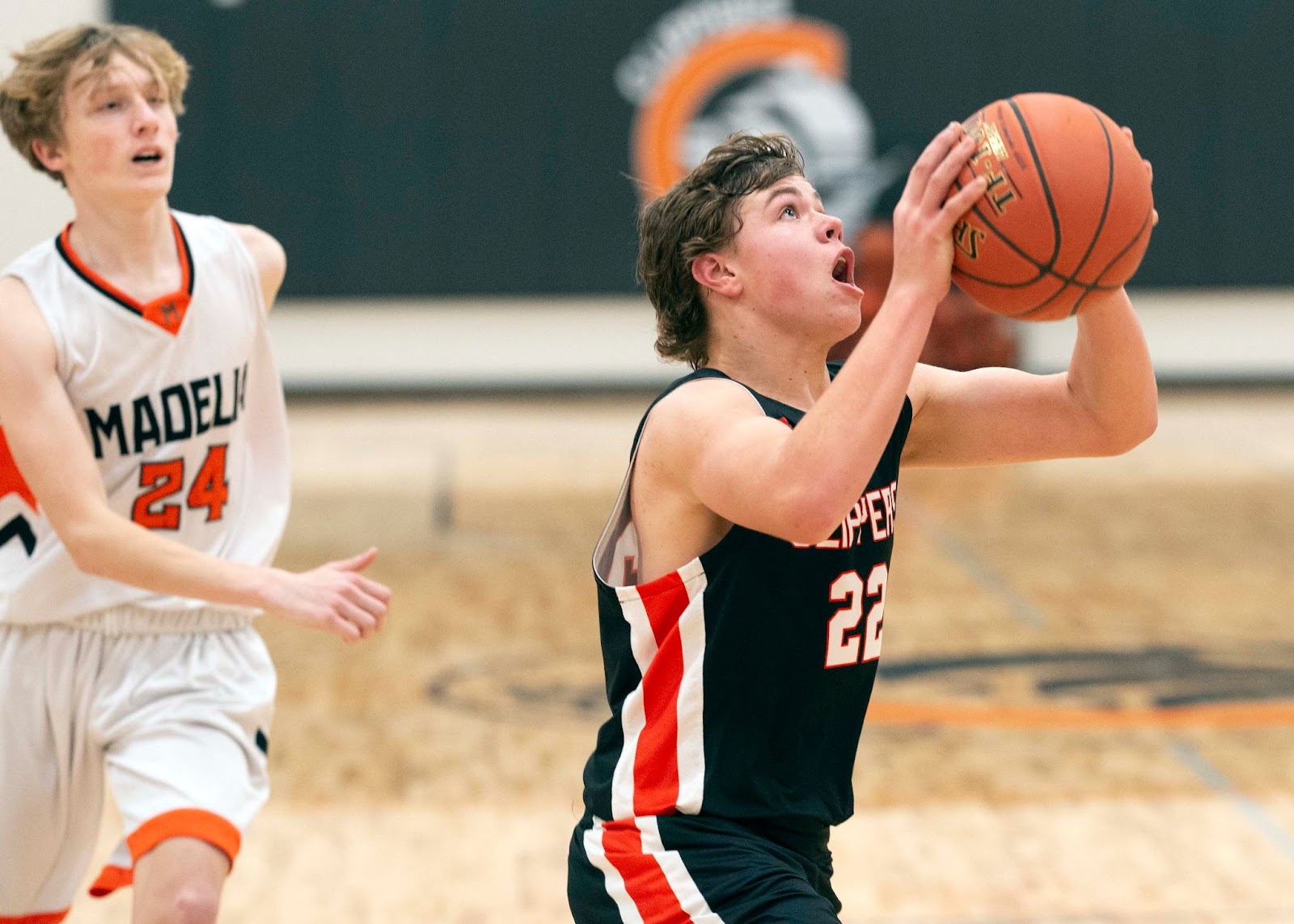 Gabe Sullivan readies for a shot just under the net during the B-Squad game.