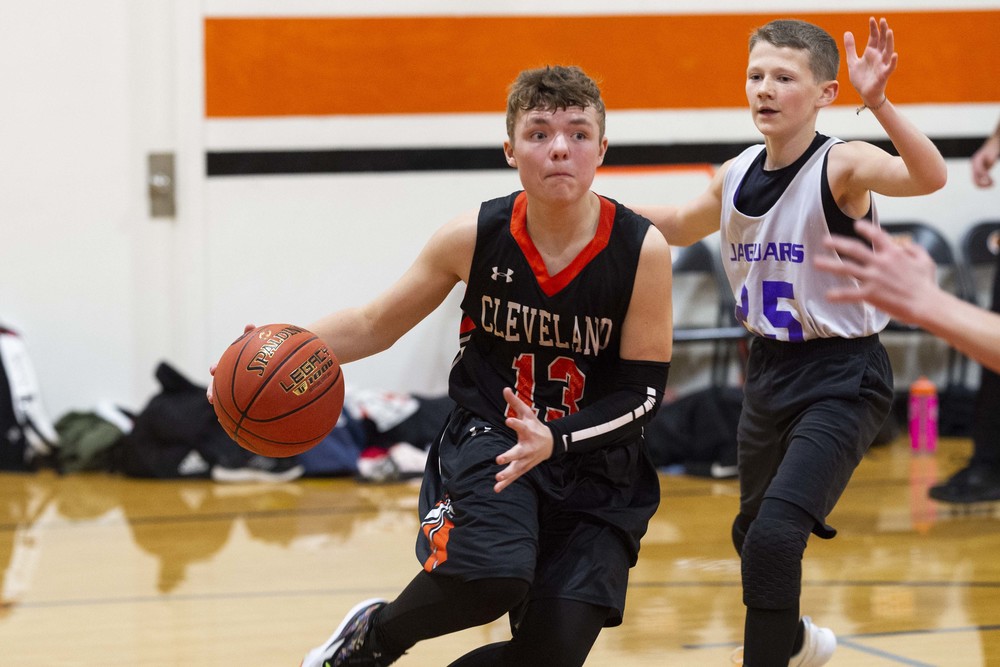 While the seventh grade boys were battered by Truman/Martin Luther/Granada-Huntley-East Chain’s steals and long outlets, the eighth graders came from behind a few minutes before halftime and went on to beat the Jaguars 28-19.

The back-to-back games were in the Cleveland old gym on Tuesday.

Scoring first in what started as a defensive battle, the eighth-grade Jaguars hit a shot from behind the arc at the 8:30 mark.

Nathan Seeman responded for the Clippers with a jump shot for two, but the Jaguars scored the next two baskets to go up 7-2 before Caleb Connor took a Tanner Simonette hand-off in for a basket.

Carson Lyons drove for two, but the Jaguars scored again to lead 9-6 before Lyons arced in a three with 2:35 left before break time.

With outside jumpers by Connor and Lyons, the Clippers were in front 13-9 at the intermission.

It was a lead they wouldn’t relinquish.

“I just had to talk to them about tightening up on defense,” said coach Tray Jones. “Defense first—defense brings offense always—and just finishing up some shots. We probably would have been ahead six or eight points if we would have just finished a few of our layups, but they know how to find the animal within them, so that’s all they had to do.”

On a couple Lyons baskets and a basket by Bode Bartell, the Clippers scored the first six points of the second half. The Jaguars followed up with a six-point run of their own before Caleb Possin drove inside for a basket (above).

The Jaguars scored from the baseline but Connor put in a three pointer to pull the Clippers up 24-17. The Jaguars scored inside, but Possin drove in for a basket and then stole and cruised coast-to-coast for a layup to put the finishing touches on the triumph.

In the earlier game, T/ML/GHEC rolled over the seventh graders 46-14.

The Clippers were down 6-0 when Lyons drove the floor for a layup and made the ensuing foul shot. It was Lyons with the Clippers’ next basket too, this time on a trip through the paint with another ensuing free basket.

With the Clippers trailing 22-6, Daniel Mcclune hauled in an offensive rebound and scored for the final basket of the half.

Henry Boelter put in the first Cleveland basket after the break, but the Jaguars already had 35 points by then. Later in the half, Chase Bock scored, and Zaiden Linder rebounded and scored before the Jaguars punctuated their triumph with a three pointer.

Lyons led the effort with six points in one half played. Mcclune, Boelter, Bock and Linder each added two points.

The junior high boys return to action on Tuesday, January 4 with a road trip to Randolph. 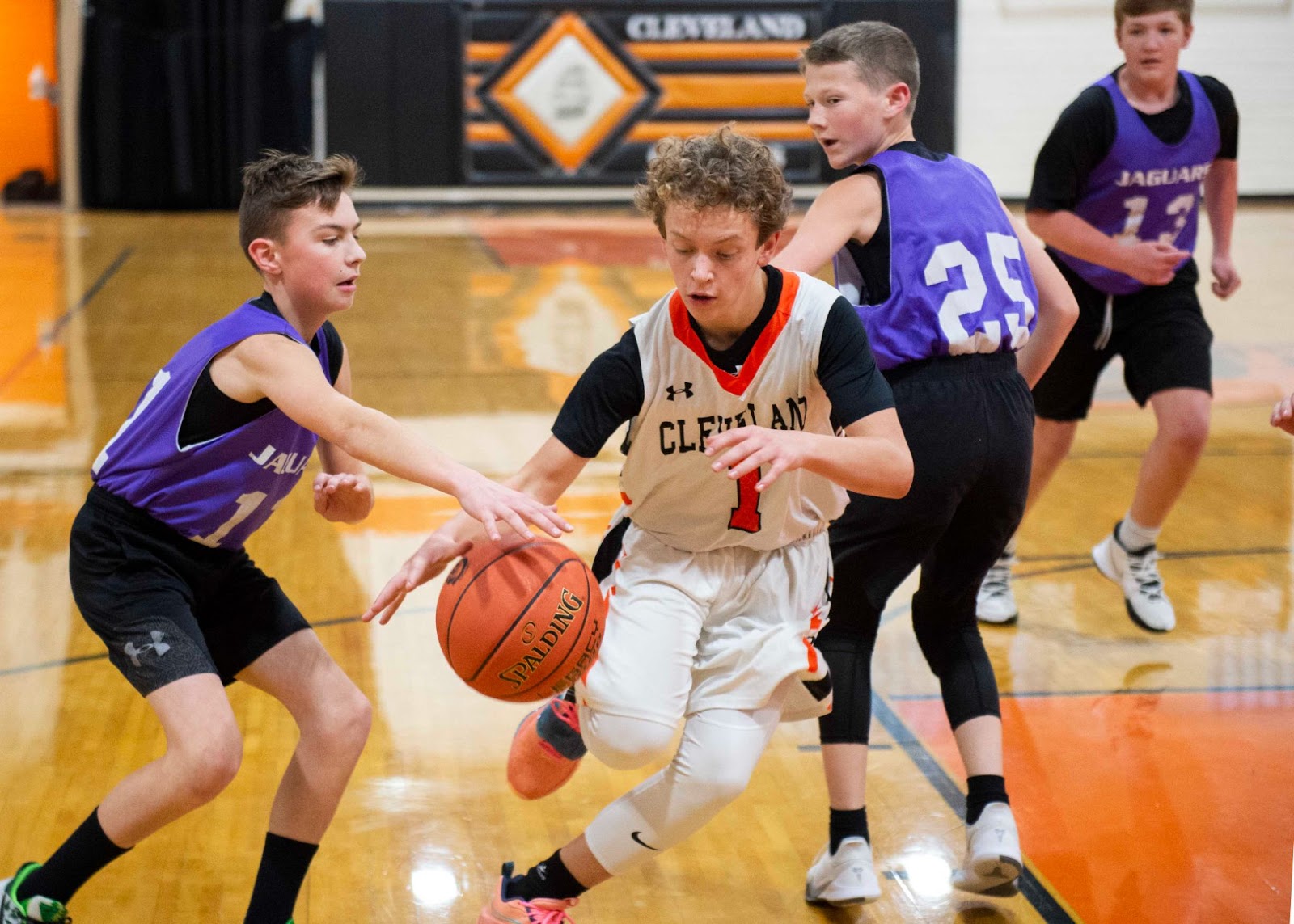 Carson Lyons takes the ball between a pair of defenders during the seventh-grade game. 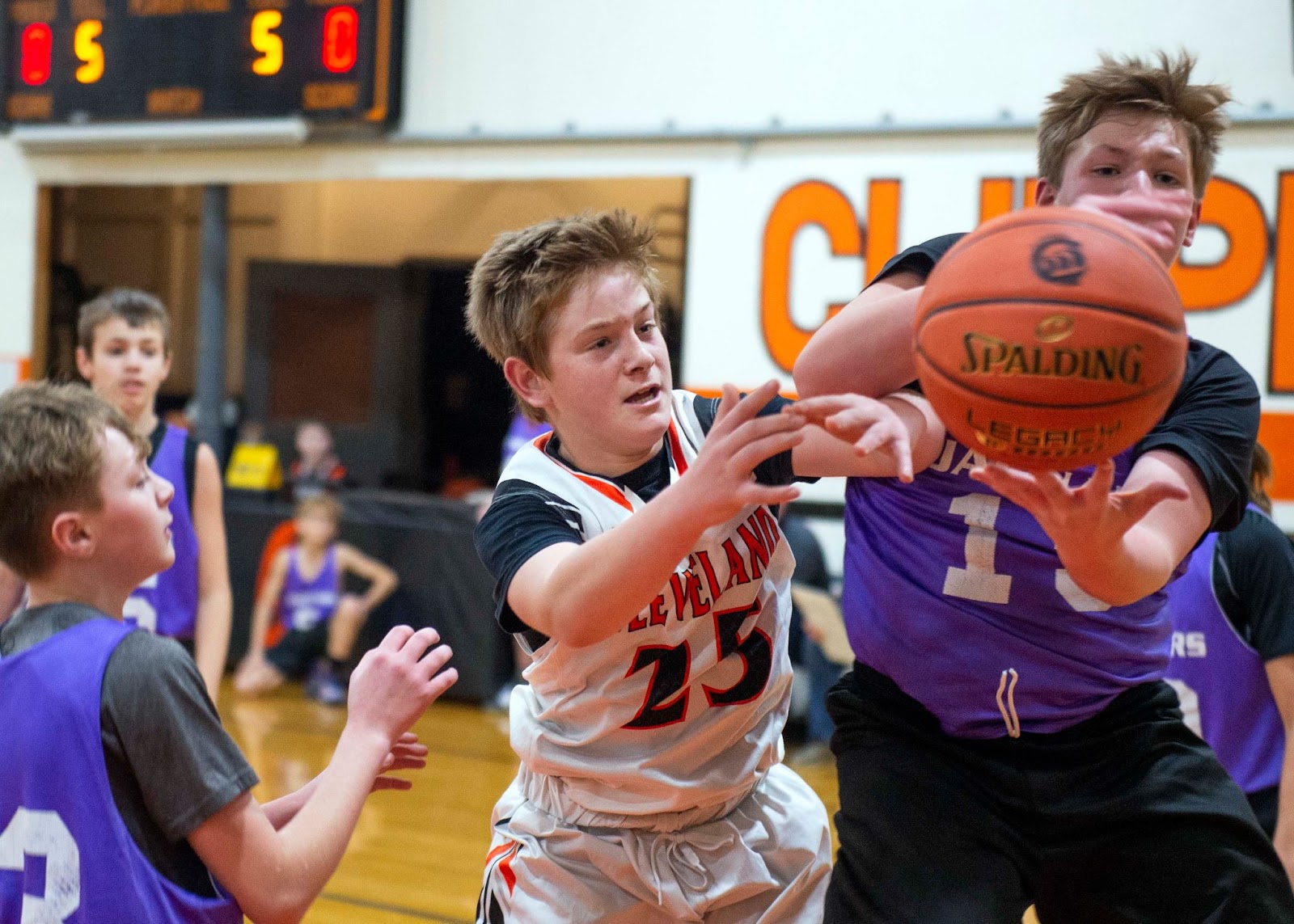 Caleb Connor chases a rebound during the seventh-grade game. 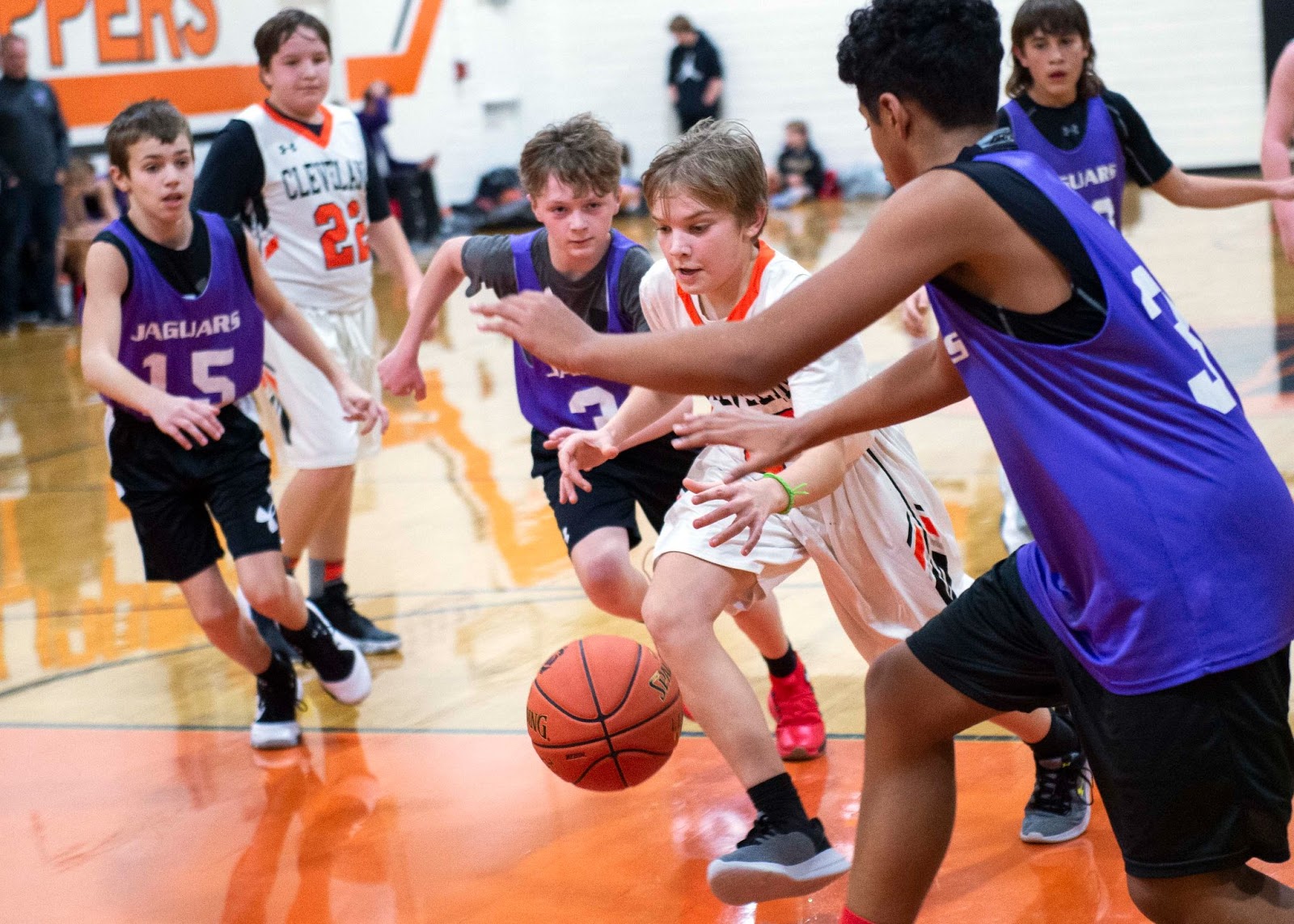 Kobe Kopischke drives to the net in the seventh-grade game. 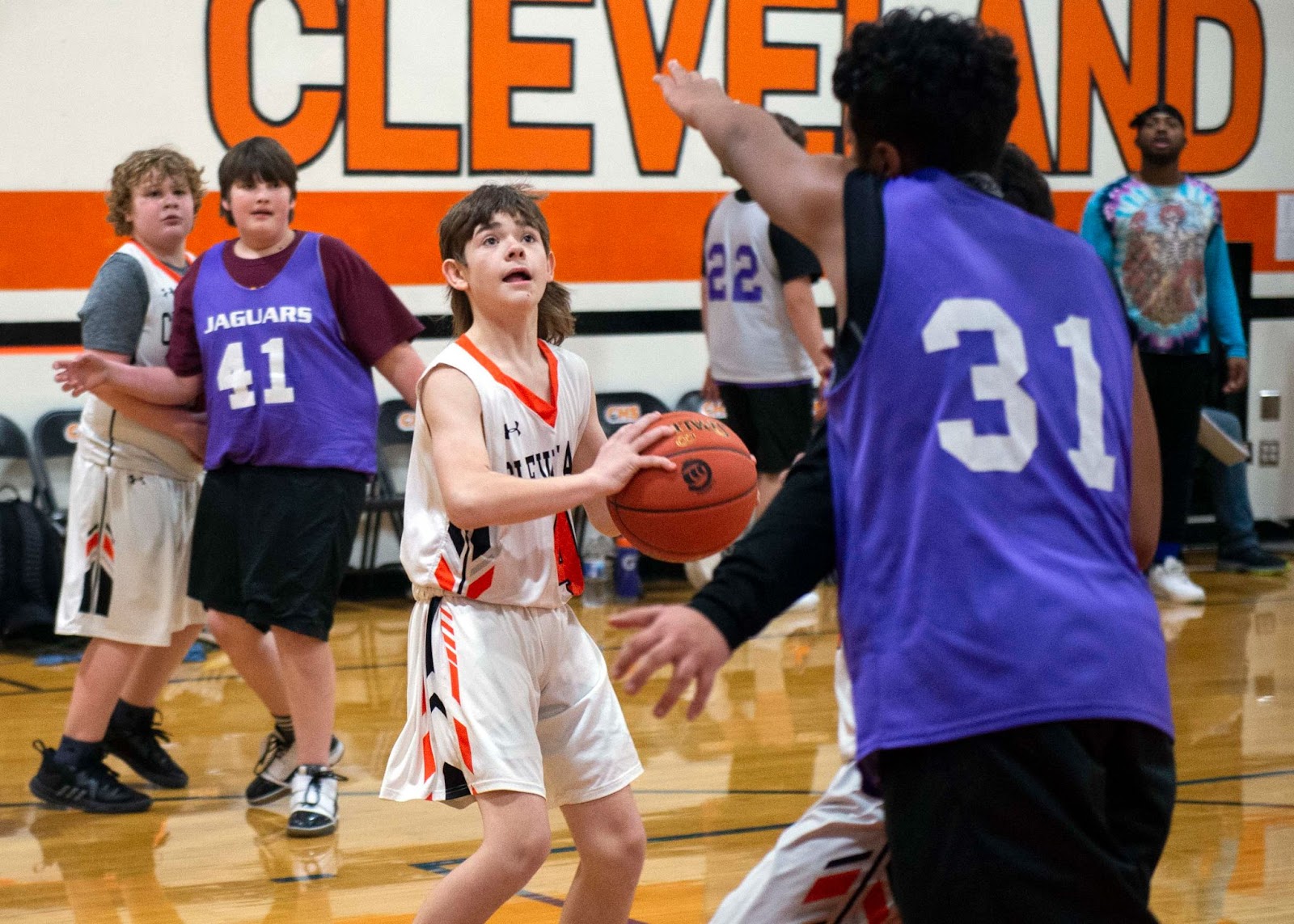 Chase Bock sets for a shot in the seventh-grade game. 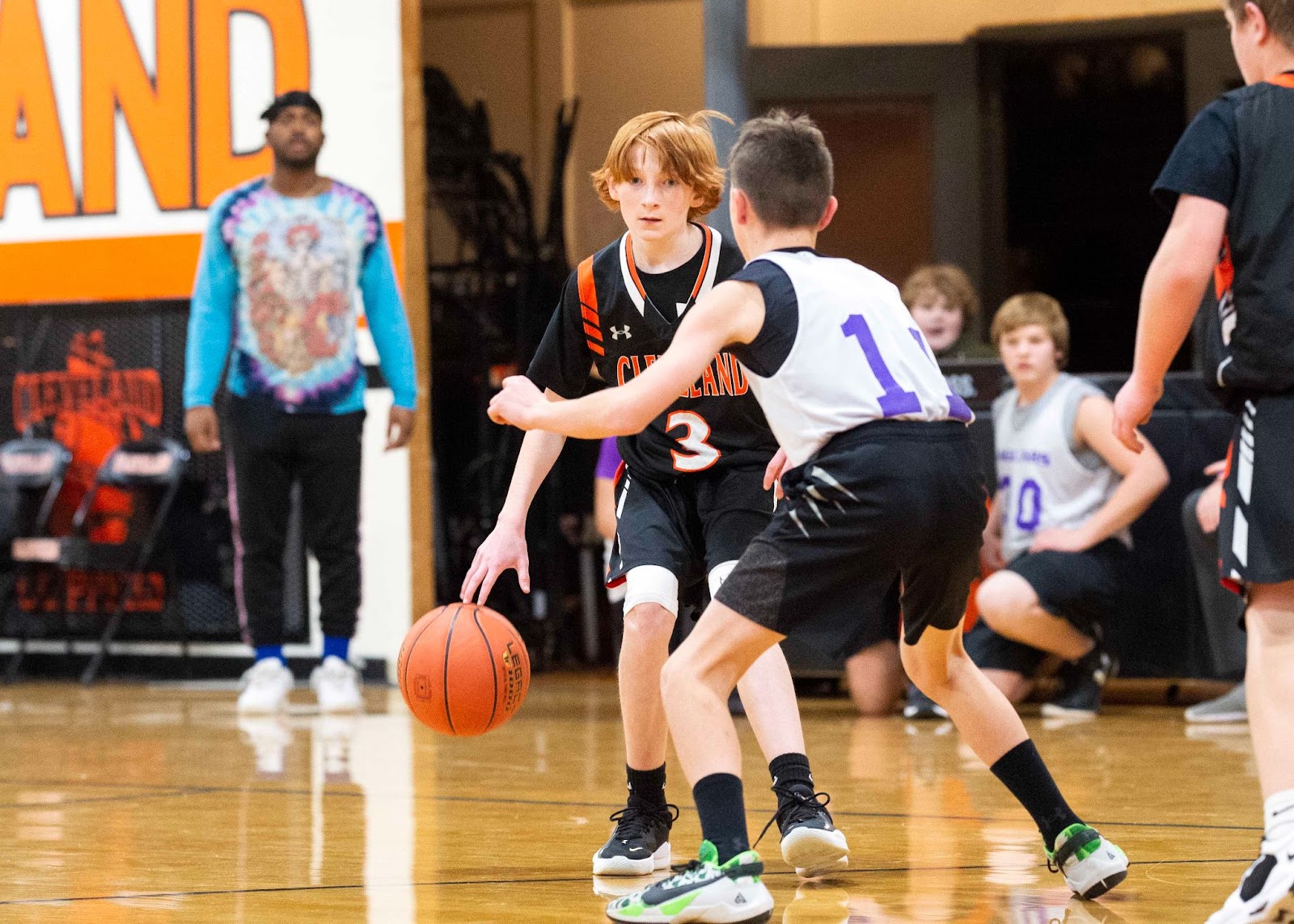 Bode Bartell contemplates his next move in the eighth-grade game.

Nathan Seeman chases after the ball during a breakaway in the eighth-grade game.