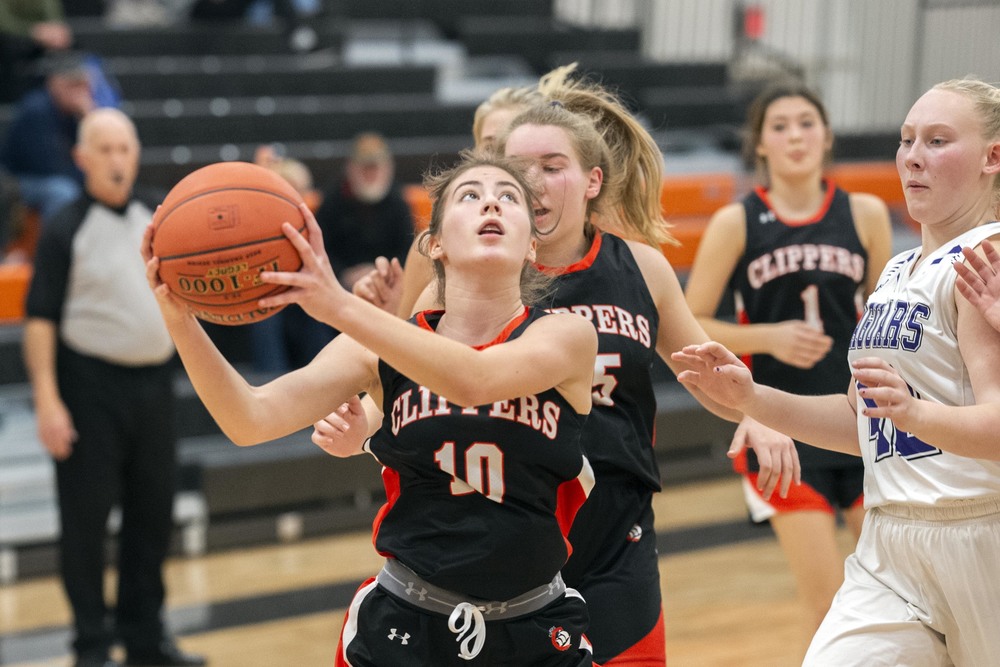 B girls fall on the road, at home

Above: Lacey McCabe was the top Clipper scorer in Nicollet and at home against T/ML/GHEC.

Learning on the fly, the Clipper B girls fell to visiting Truman/Martin Luther/Granada-Huntley-East Chain on Tuesday and on the road to Nicollet the day before.

Addi Holden kicked off the Clipper scoring against T/ML/GHEC with a three, but a two-point basket and a free shot by both Lacey McCabe and her sister Mariah McCabe accounted for the only other points the Clippers had in the half, and they trailed 21-9 at the intermission.

A two-pointer from Holden was the Clippers first basket of the second half. Brooke Borgardts put up a jumper from the top of the key, but the Jaguars had already posted 32 by then.

Holden followed up with a jumper, and later, Lacey McCabe scored on a drive and after an offensive rebound.

Asia Kern tossed in a couple of threes down the stretch, but it wasn’t enough, and the Jaguars held on for the win.

The Clippers made four of 17 free shots.

At Nicollet the night before, Lacey McCabe’s two accounted for the only Clipper points of the first half. They trailed by 22 at the break. The Raiders went on to triumph 44-16.

Lacey McCabe led the effort with nine points. Kern made a three pointer. Holden and Micah Peterson each had two points.

The Clippers were successful in one of eight free-throw attempts.

The Clipper B girls return to action on Tuesday, January 4 when Randolph comes to town. 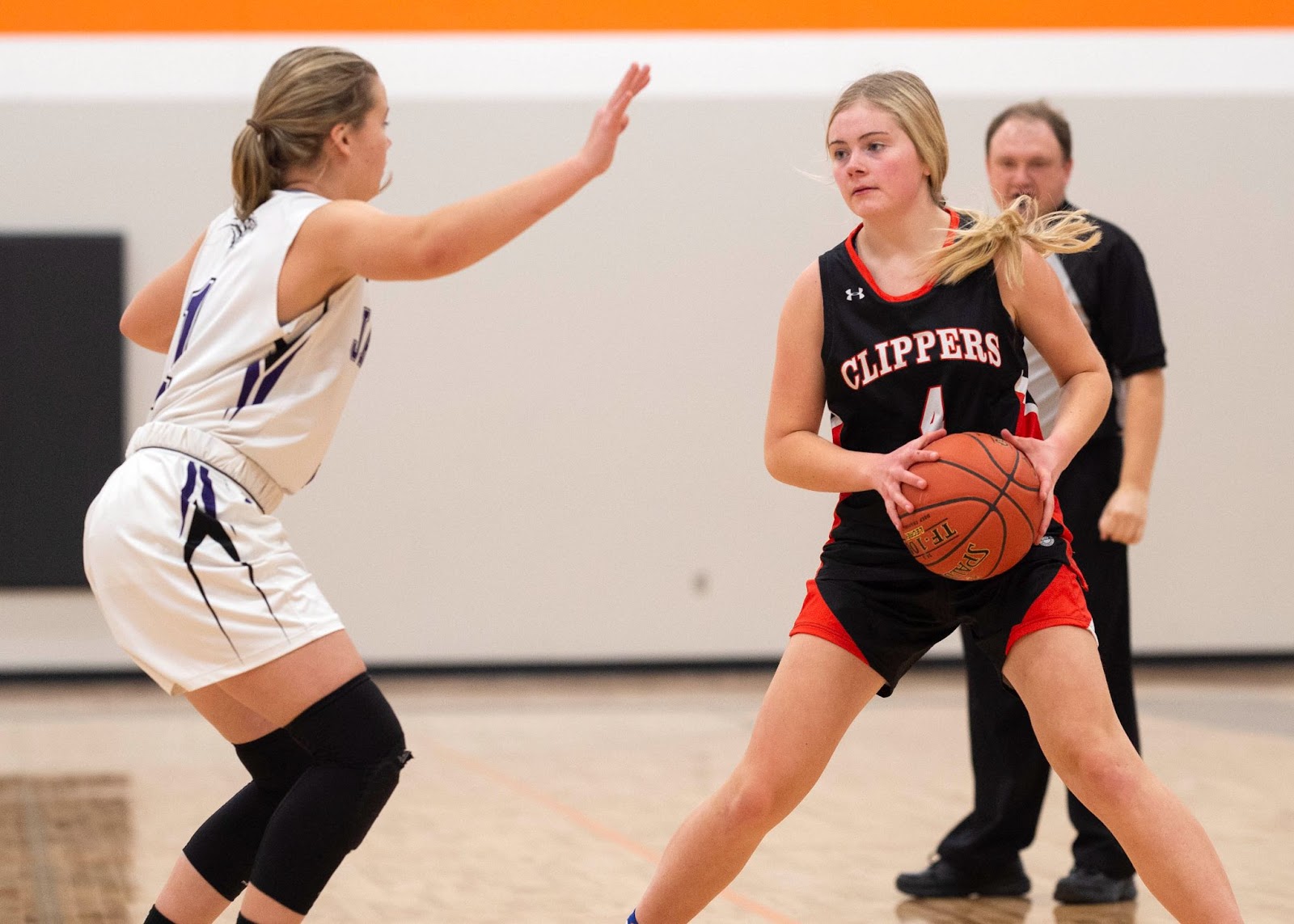 Asia Kern looks for an outlet around a T/ML/GHEC defender. 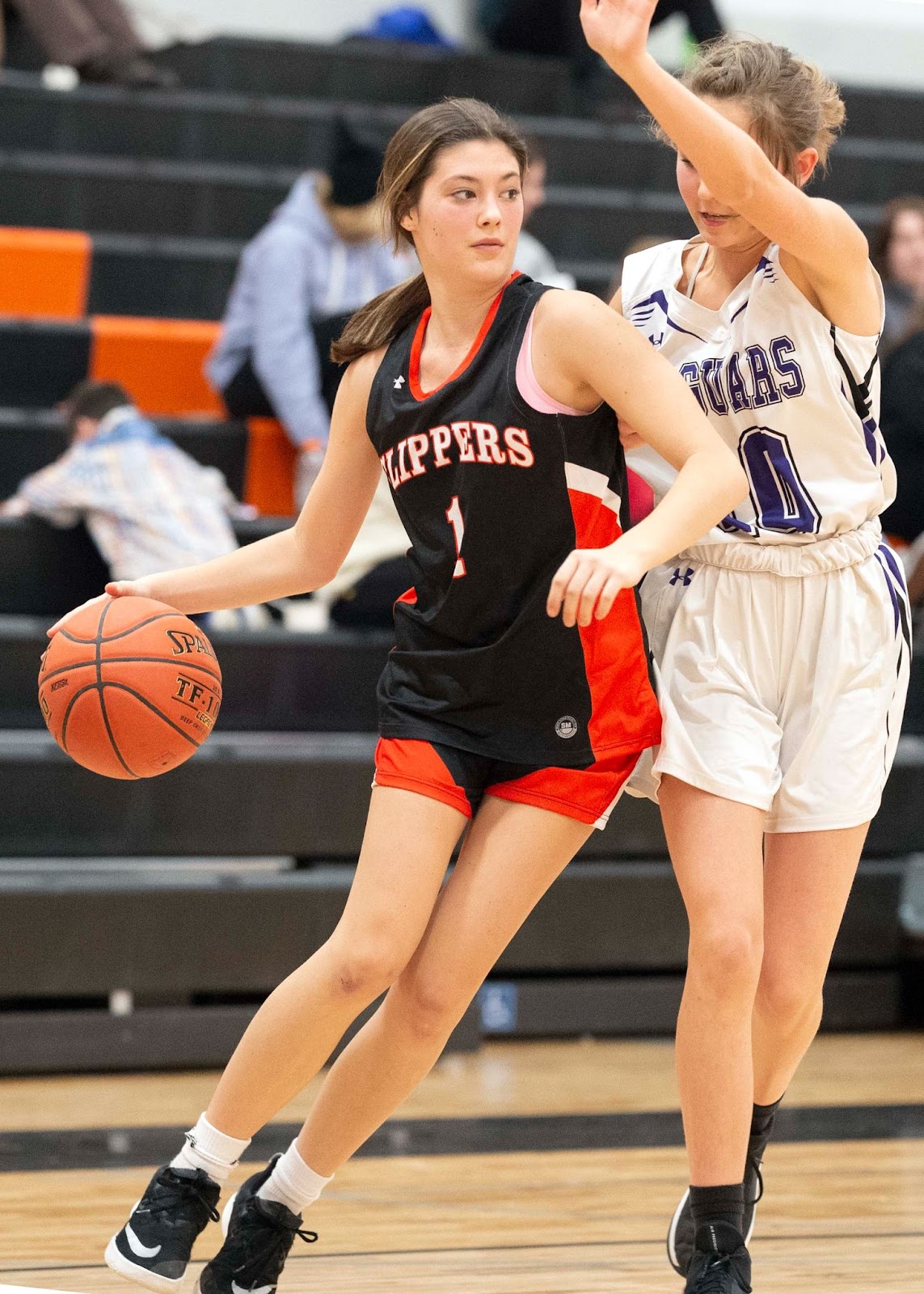 Hounded by a T/ML/GHEC defender, Mariah McCabe dribbles toward the paint. 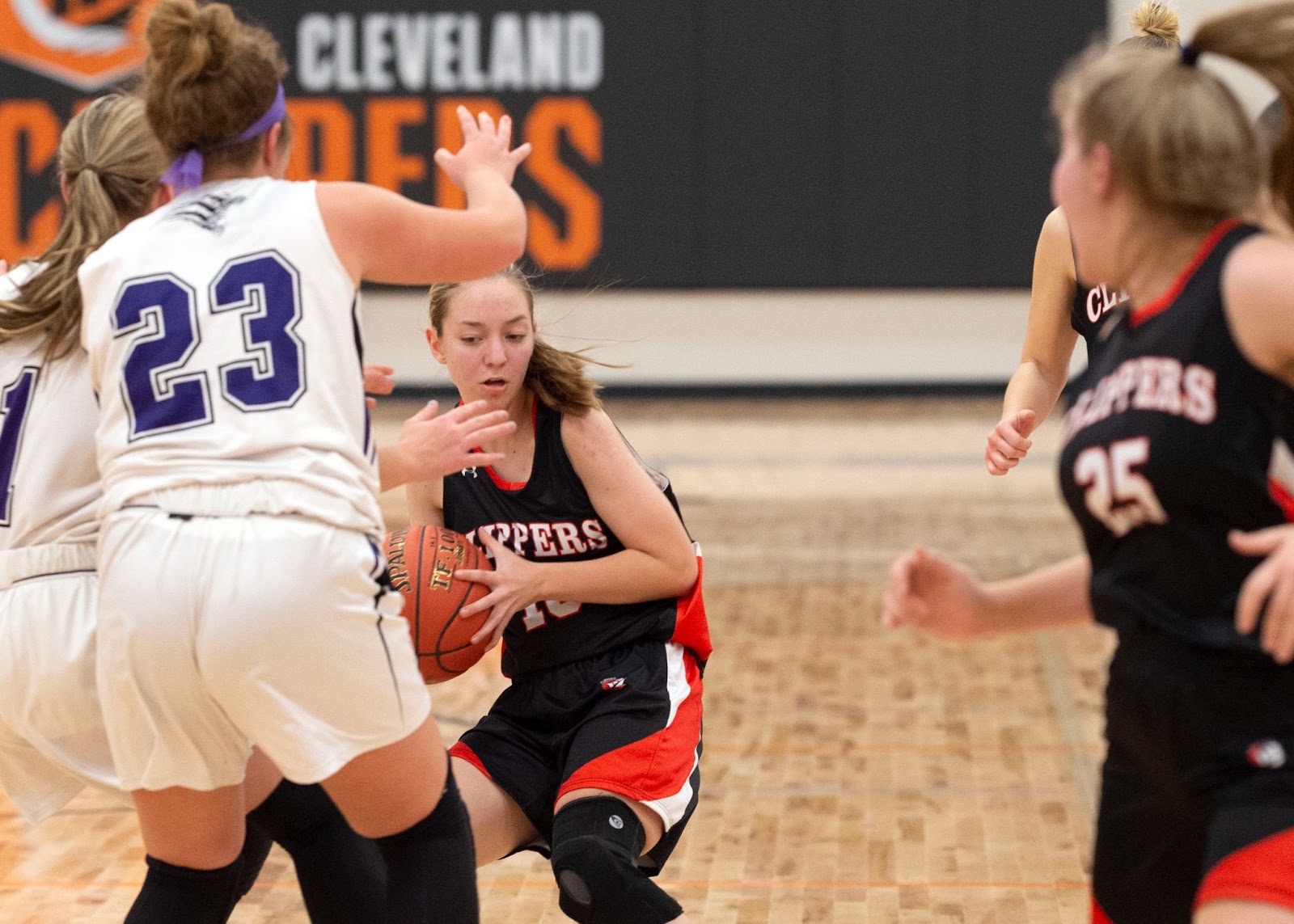 A T/ML/GHEC defender steps in front of Ava LaFrance.