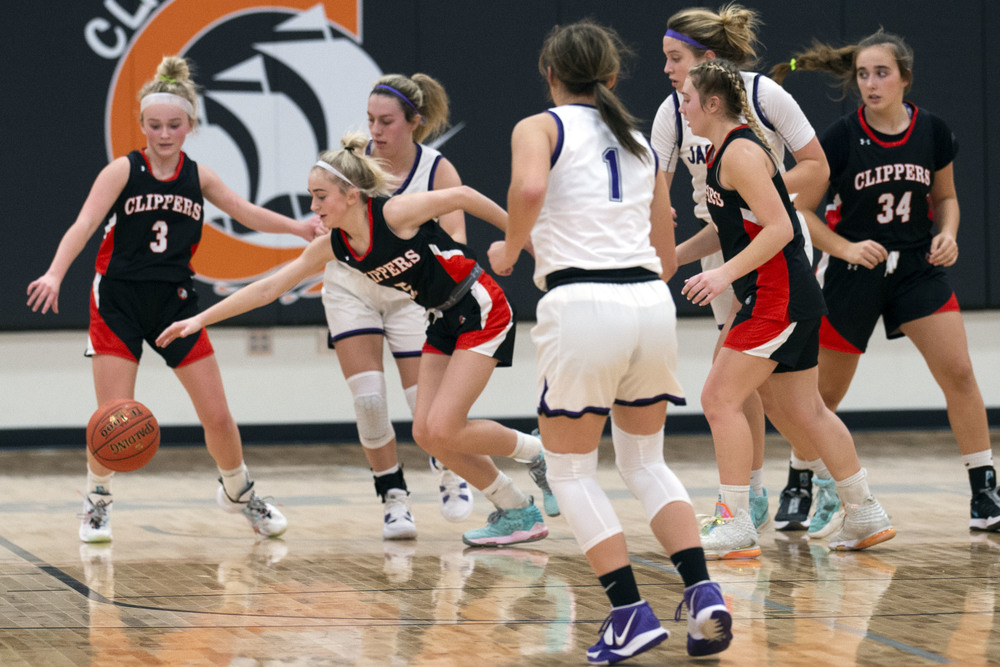 Varsity girls win one of four in holiday stretch

Above: Ava Hahn dribbles out of a crowd after a Clipper defensive rebound.

With four games over six days, the varsity girls were worn down when they fell to Truman/Martin Luther/Granada-Huntley-East Chain 60-21 on Tuesday, Dec 21.

“We’re tired,” said head coach Joe Remiger. “We can talk to them all we want, like ‘let’s go hard for five minutes,’ but physically you’ve got nothing left.”

Missing long shots early, the Clippers trailed 10-0 before Kaylee Karels made a foul shot at the 11:20 mark. She followed up with a three and later in the half a three as well, but those were the only baskets the Clippers had from the floor, and—with Emily Kern sidelined with three fouls—they trailed 20-11 at the break.

Sarena Remiger pulled down a rebound from her own shot and scored for the first Clipper basket of the second half. Later, Greta Hahn drove the floor for a layup, and Lacey McCabe put in a two pointer, but the Clippers only posted 10 points in the half, and the Jaguars cruised to the triumph.

Karels led the effort with nine points. Kern and Hahn each had four points. Remiger and McCabe each had two points. The Clippers made nine of 16 free-throw shots.

The night before, the Clippers lost at Nicollet 59-42. They were behind 30-27 at halftime.

Kern and Karels each had 13 points. Remiger scored 10 points. Brooke Borgardts contributed four points. Hahn had two points. Karels put in the Clippers’ two three-point baskets. The Clippers were successful with half of their 28 free-throw shots.

Down 63-60 the Clippers had a chance to tie host St. Clair on Friday, December 17, but Karels' three-point shot in the last few seconds caromed off the rim.

“They never felt like they were out of it, even though they were down by 20 points at one time,” coach Remiger said. “I couldn’t be prouder of them.”

Karels put in a pair of three-point shots. Treanor had one three pointer. The Clippers made 13 of 21 foul shots.

The night before the road trip to St. Clair, the Clippers traveled to Trimont and beat Martin County West 45-35.

Karels led the Clippers with 17 points. Kern had 11. Ava Hahn put up nine points. Remiger had four points. Hollerich and Greta Hahn each had two points.

Karels made two three pointers, Ava Hahn one. The Clippers were 14 of 20 from the free-throw stripe.

The Clipper varsity girls return to action on Tuesday, January 4 when they host Randolph. 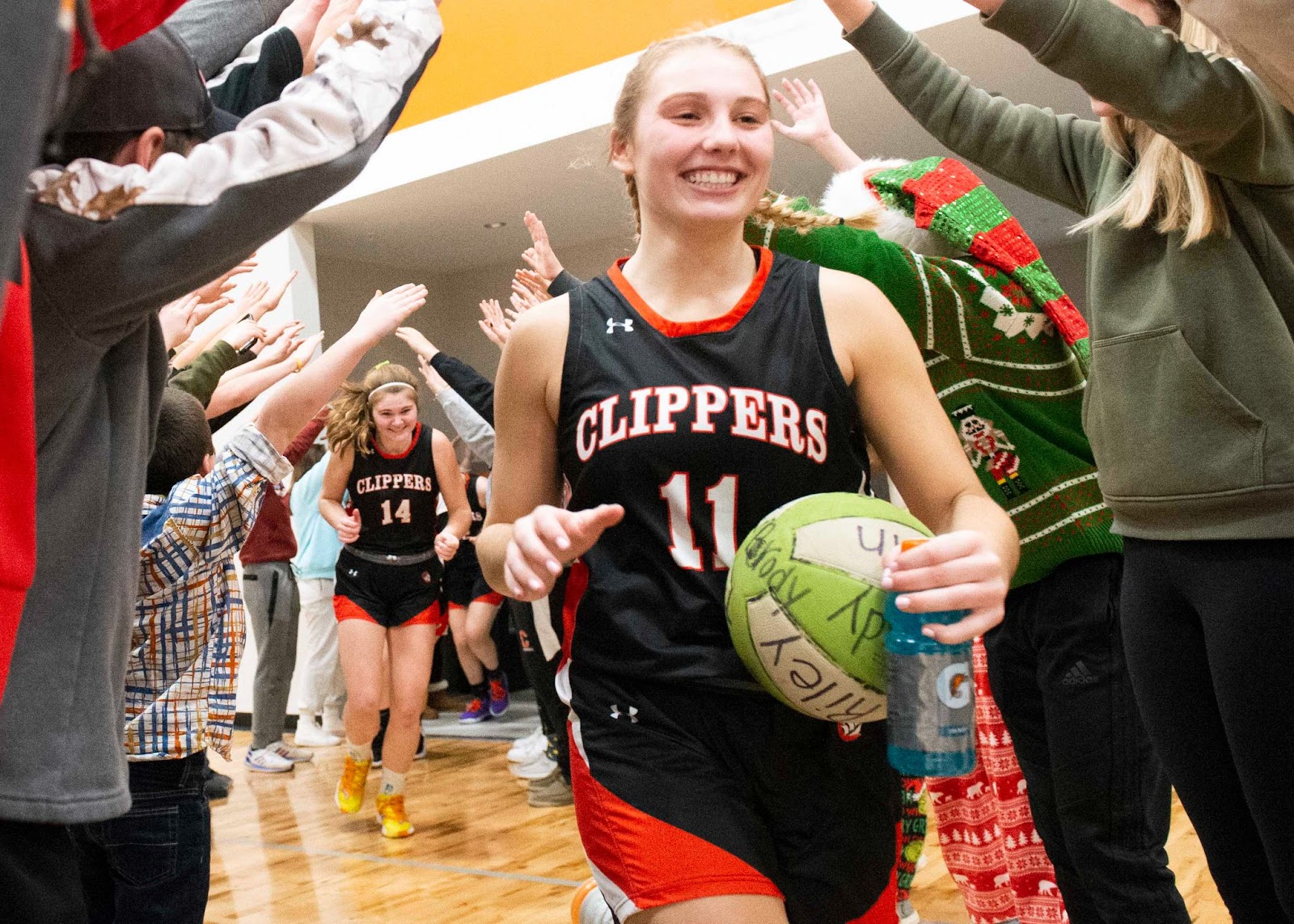 The student section made a tunnel to welcome the Clippers on the floor. 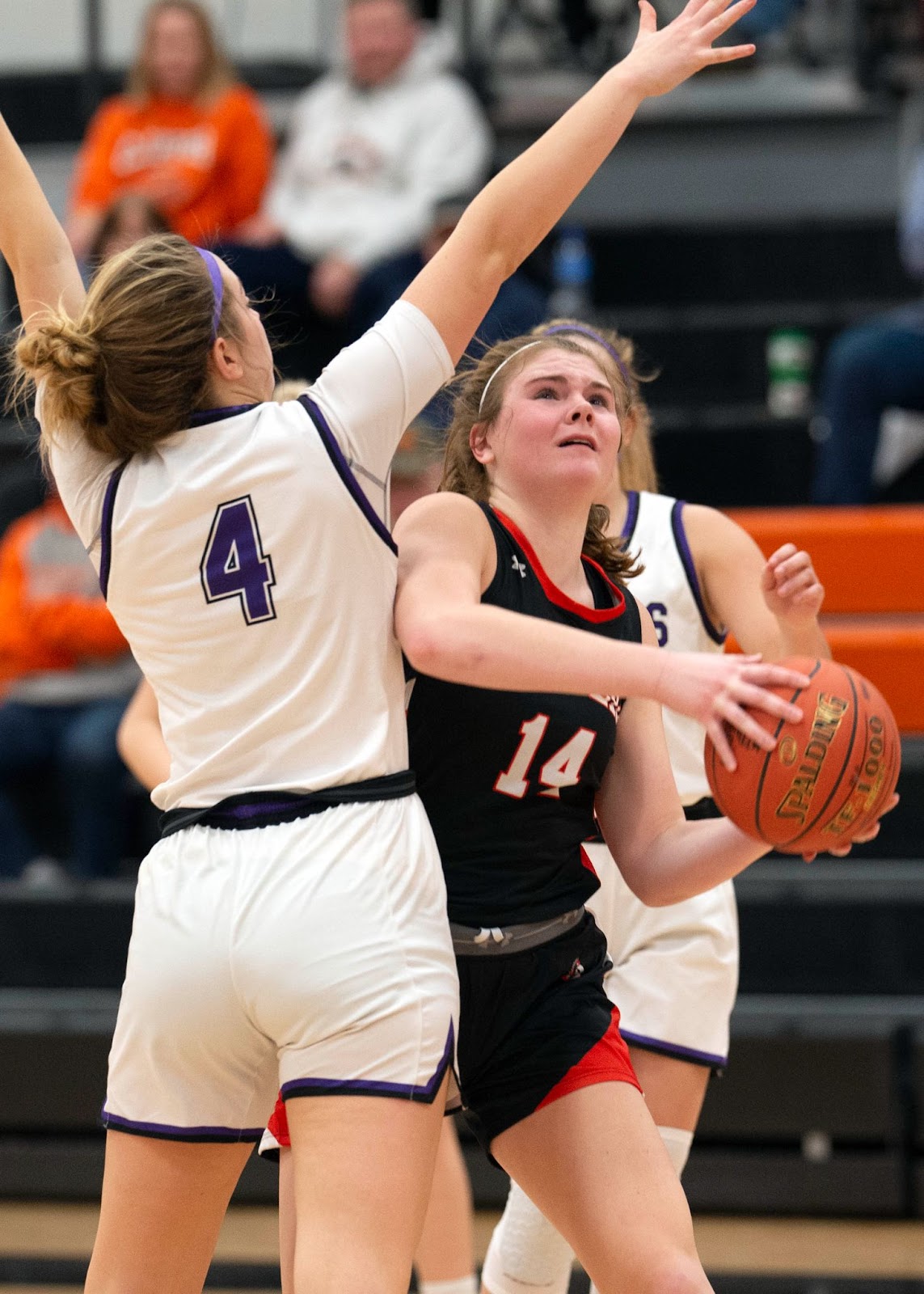 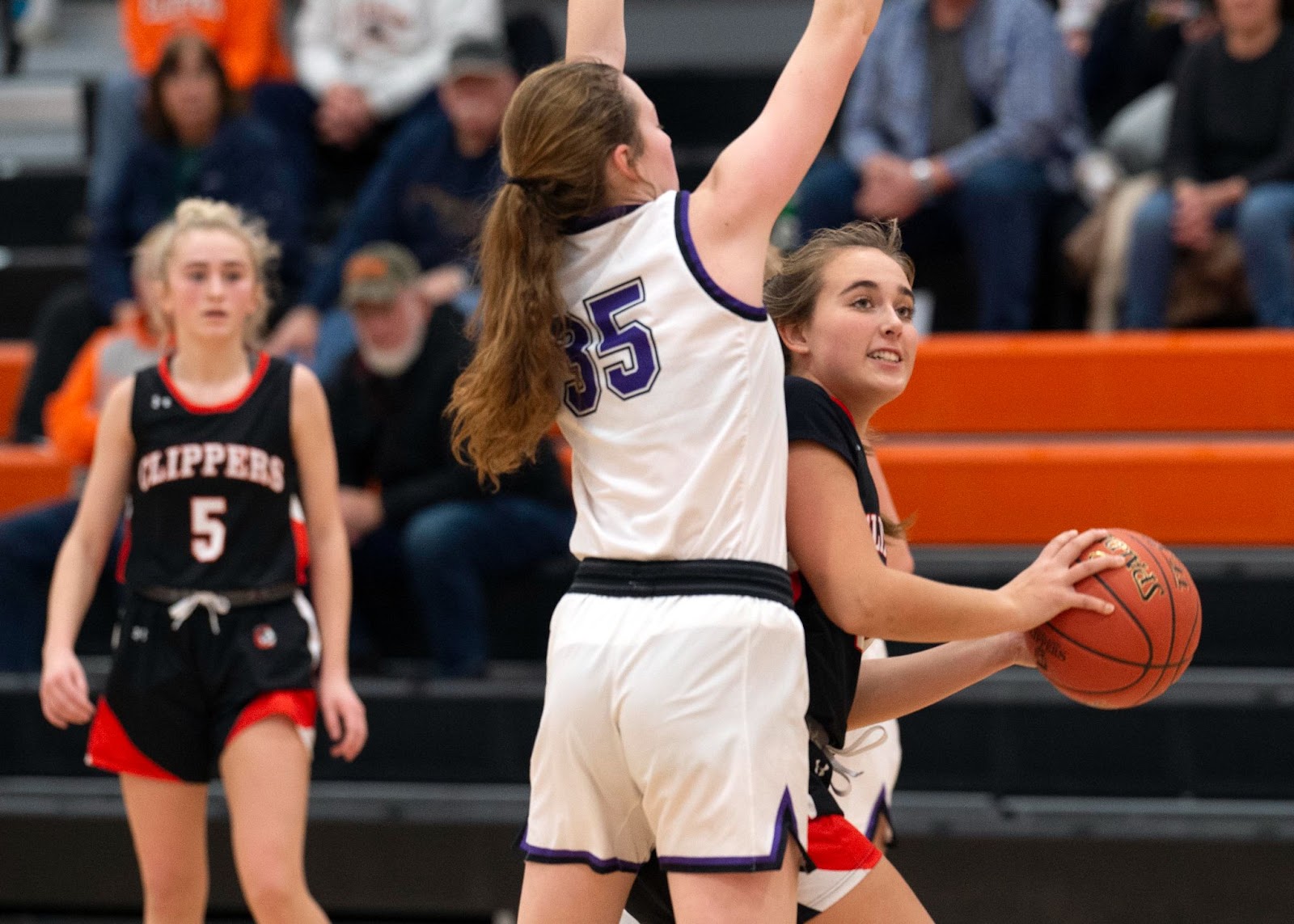 Laci Hollerich sets up for a pass. 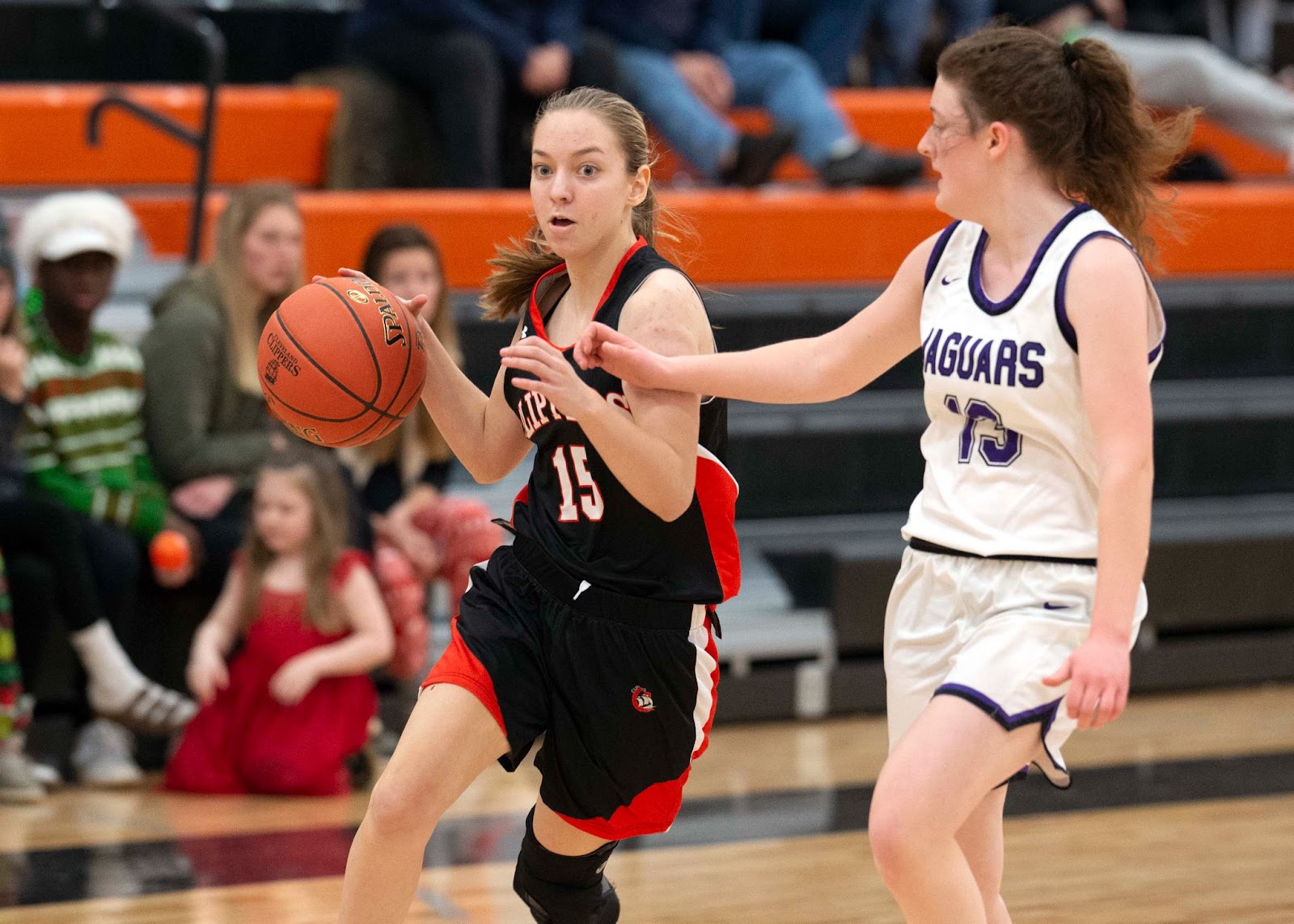 Ava LaFrance takes the ball inside.