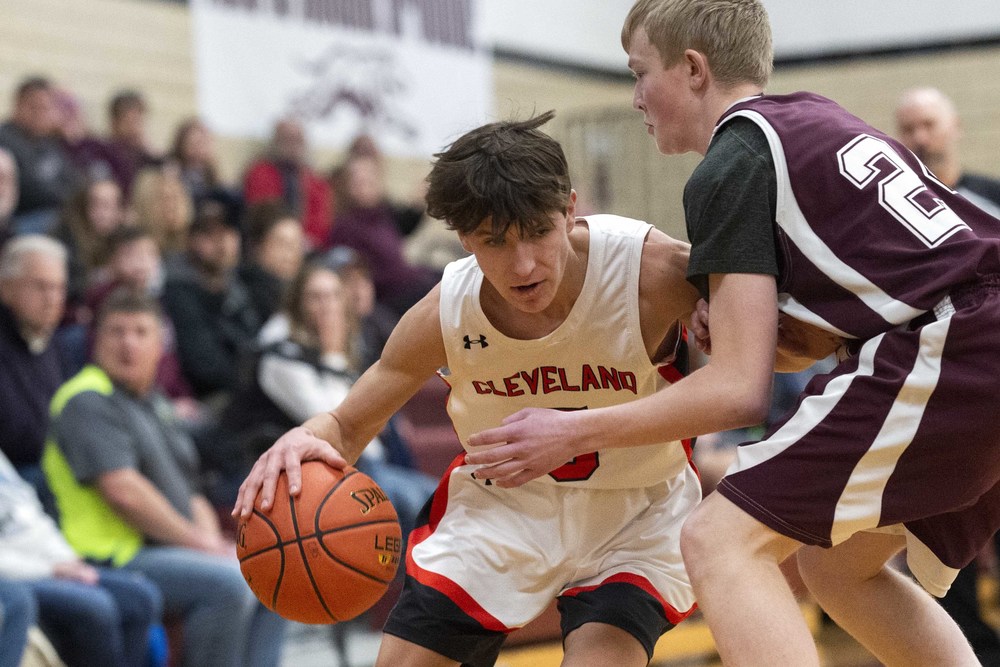 Winning 54-26, host New Ulm Cathedral controlled the Clipper B boys from start to finish on Tuesday.

The Clippers were off target for most of the first half. Down 9-0, they finally scored with 6:51 left when Gabe Sullivan hit back-to-back free shots.

Blake Lyons pulled down an offensive rebound and scored the next basket for the Clippers. Sullivan worked the ball inside for two more. Kyle Connor drove through the paint for a bucket, and Jaden Miller took a Sullivan assist in for a score for the final basket of the half.

Leading 25-11 at the break, the Greyhounds came out of the gate in the second half with a pair of threes. From there, Kale Kelley (above) drove for the floor for a layup and the Clippers’ first basket of the second half.

Sullivan had five points before departing at halftime. Rossow put in a second-half two and three for five points. Kelley and Johnson each had four points, all in the second half. Connor also totaled four points. Miller and Lyons each had two points.

The Clipper B boys return to action on Tuesday, January 4 when they travel to Randolph. 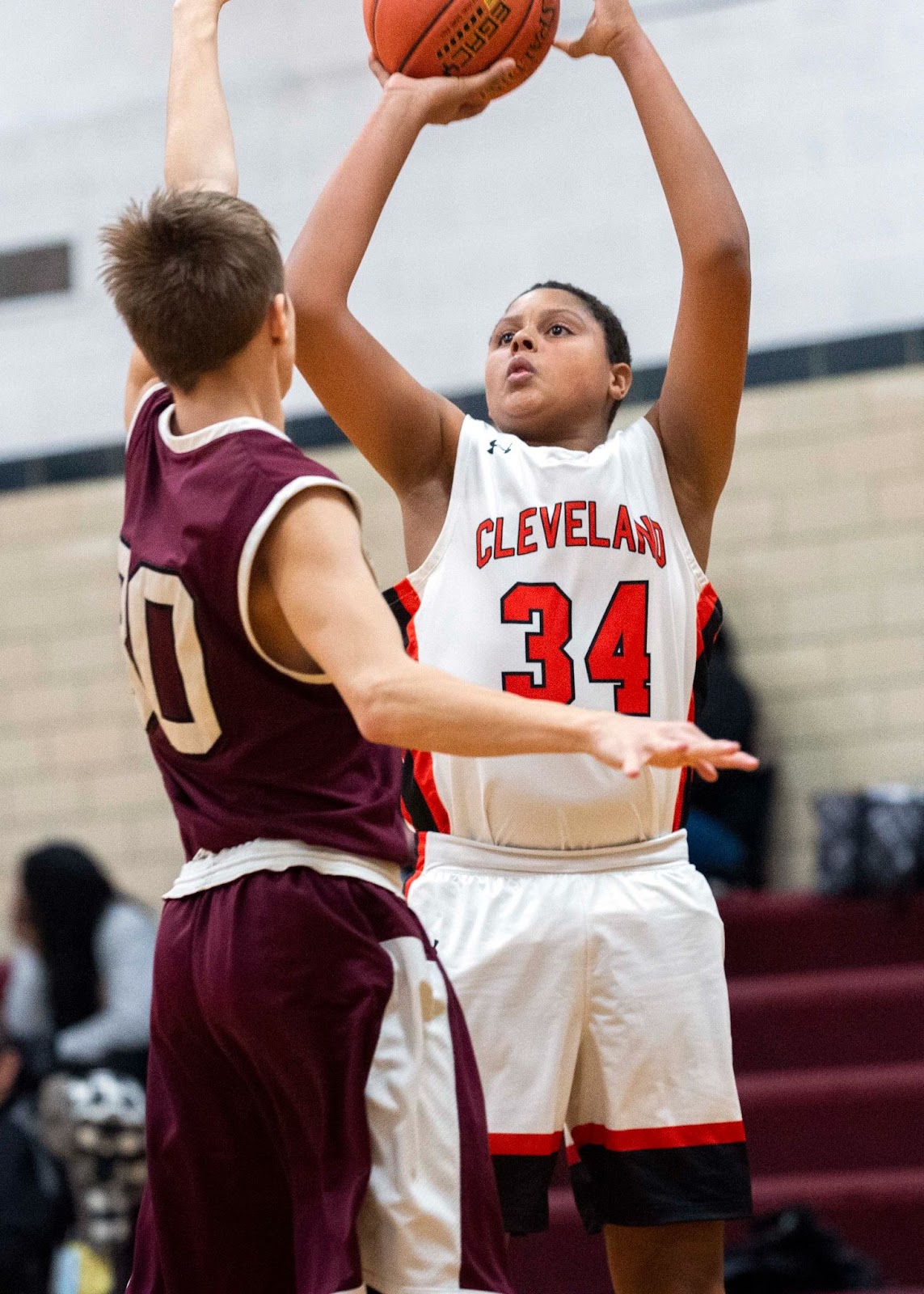 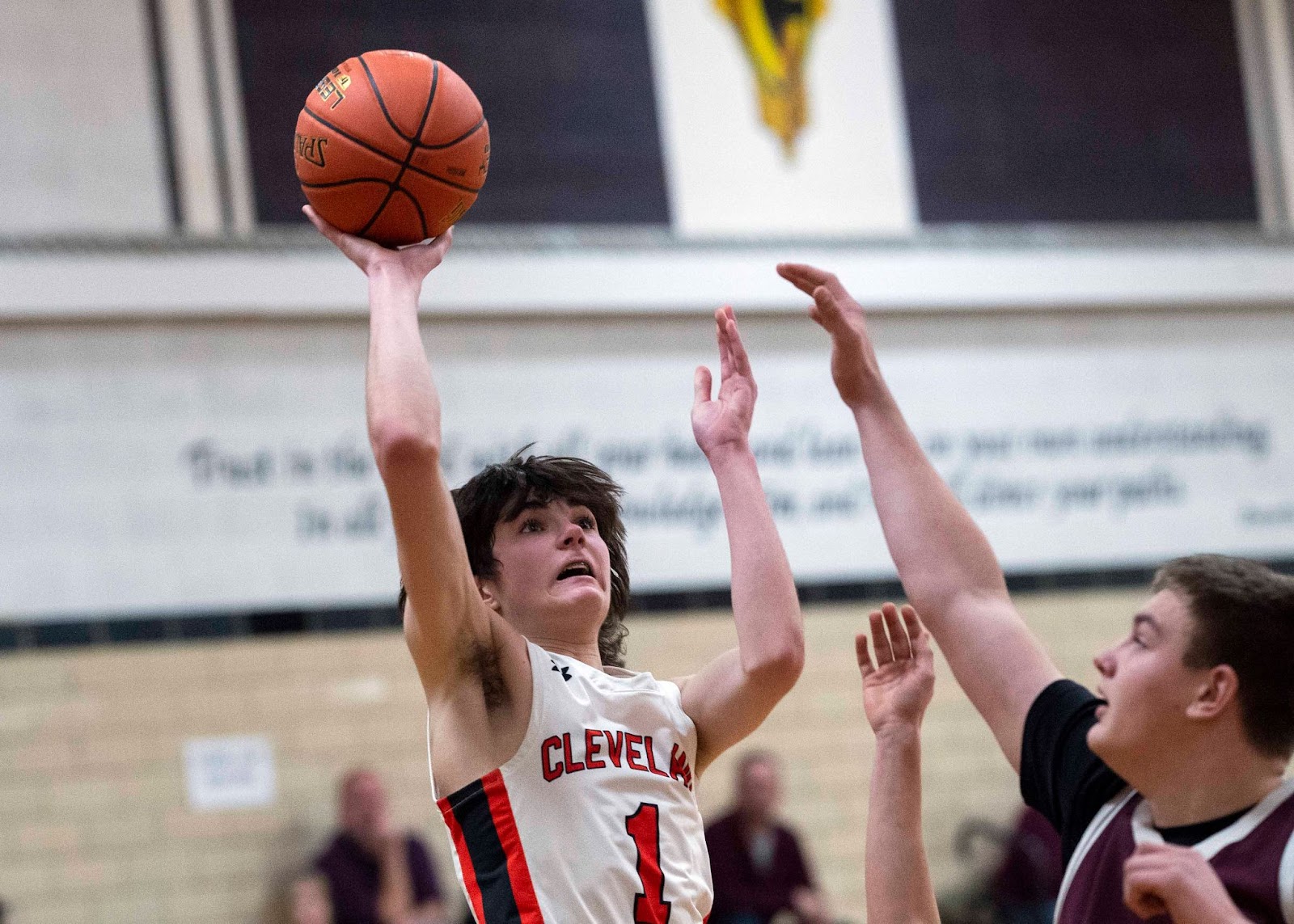 Jaden Miller goes up to the net. 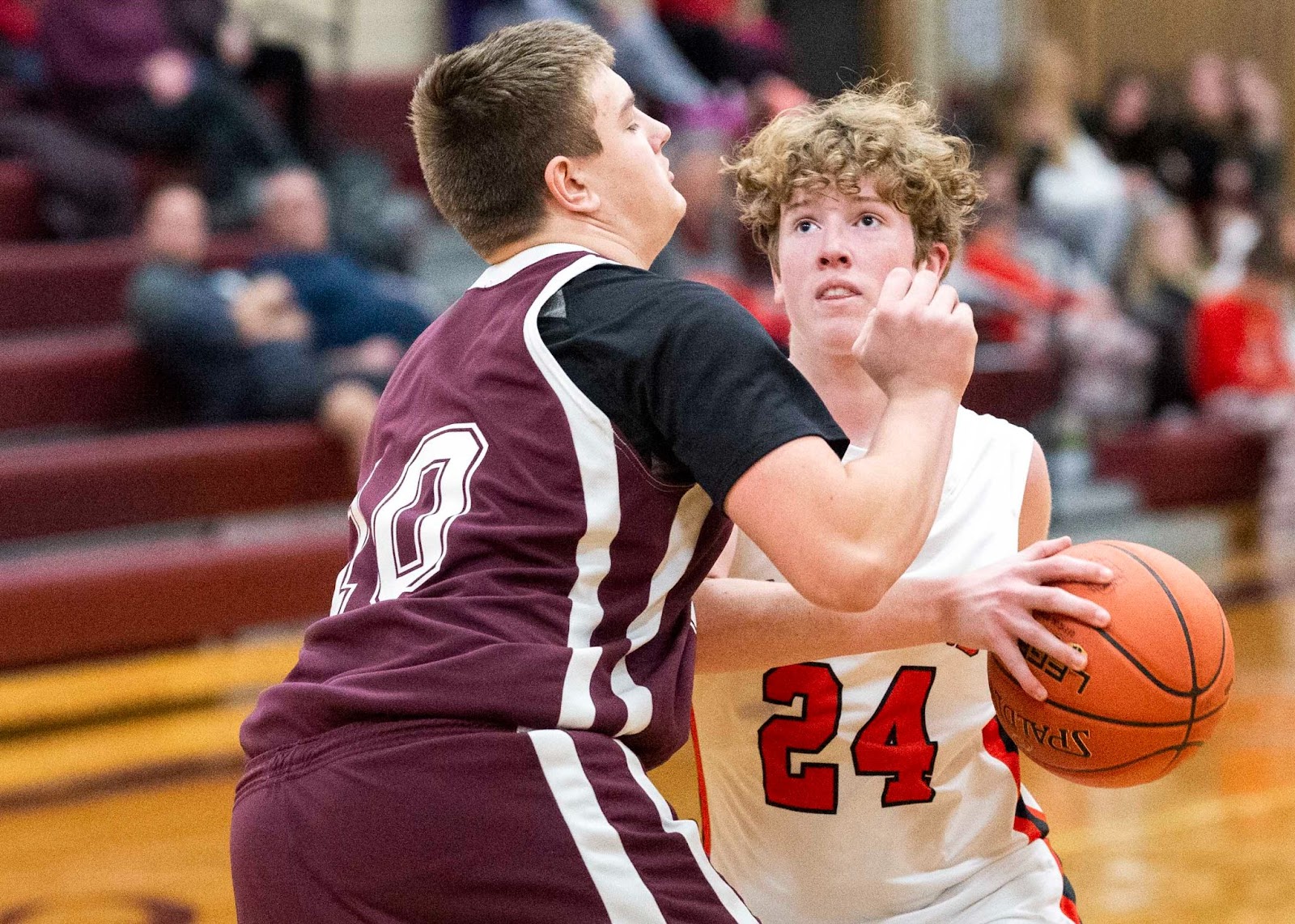