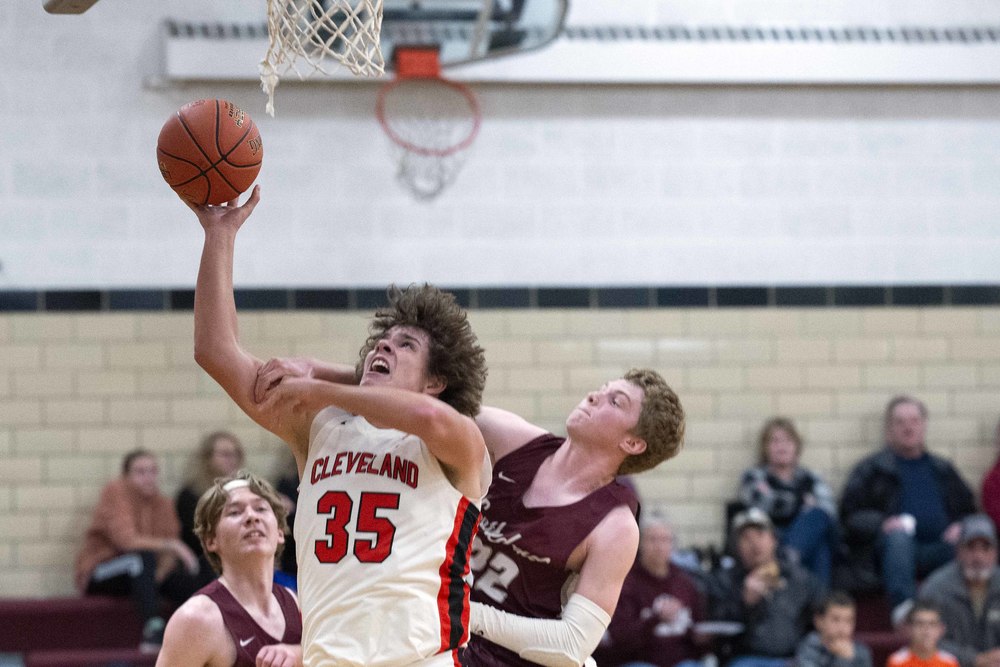 Still looking for their first win this season, the Clipper varsity boys lost 69-32 to host New Ulm Cathedral on Tuesday.

Coming into the game, the non-conference Greyhounds only had one win. In Valley Conference crossovers, they fell 73-34 to St. Clair and 76-50 to Loyola.

Head coach Mike Meyer, thought NUC was going to beat the Clippers from outside, but instead the Clippers let the Greyhounds take it to the hole, making easy layups and offensive rebounds that resulted in scores.

“We just played sluggish. We’ve just got to work on help defense. They got baskets and second-chance points when we didn’t put a body on them. There were plenty of times when they got the ball inside and he (NUC top player San Knowles) was posting up, and we’re shouting ‘Get there. Help.’ We are there, but we have to make that extra step to stop them. It’s just little things we have to work on in practice.”

The Greyhounds were up 15-0 when Carter Dylla finally got the Clippers on the scoreboard when he made the back end of two foul shots. After NUC scored inside, Lucas Walechka, who led the effort with 16 points, double pumped for a basket and also made the following free shot.

With the Clippers searching for baskets, Dylla hit a jumper for the next Clipper points, but they were down 20-6 by then.

After taking an in-bounds pass, Walechka grabbed his own rebound and put it back up for the next Clipper basket. Walechka rebounded and scored for the final Clipper points of the half. The Clippers were down 48-10 at the break.

Early in the second half, the Clippers showed signs of life with a 9-point run. Walechka rebounded and scored and made the following foul shot. Dylla drove for a basket, and Walechka scored twice from inside.

After NUC scored, Kolby Gens sunk a jump shot, and Walechka scored after a Dylla steal.

“Our offense came out fired,” Meyer said. “We had the pick-and-roll down, but then we just gave up on it, and guys were getting flustered by the ball pressure. It’s a confidence thing.”

Later, Braeden Hastings hit the Clippers’ only three, Wyatte Devens twisted inside for a basket, and Blake Lyons stole and scored on a layup for the final points of the game.

Dylla had six points. Hastings and Gens each had three points. Devens and  Lyons each had two points.

The Clippers were successful in five of 11 free-throw attempts. They had 15 turnovers and made 10 steals.

Walechka pulled down eight rebounds. Dylla had six rebounds, four assists and three steals. Devens and Gens each had two steals. Gens had a pair of blocks. Lyons had four rebounds.

Cathedral put in a pair of three pointers and was nine of 14 from the foul line.

The varsity boys return to action on Tuesday, January 4 when they travel to Randolph. 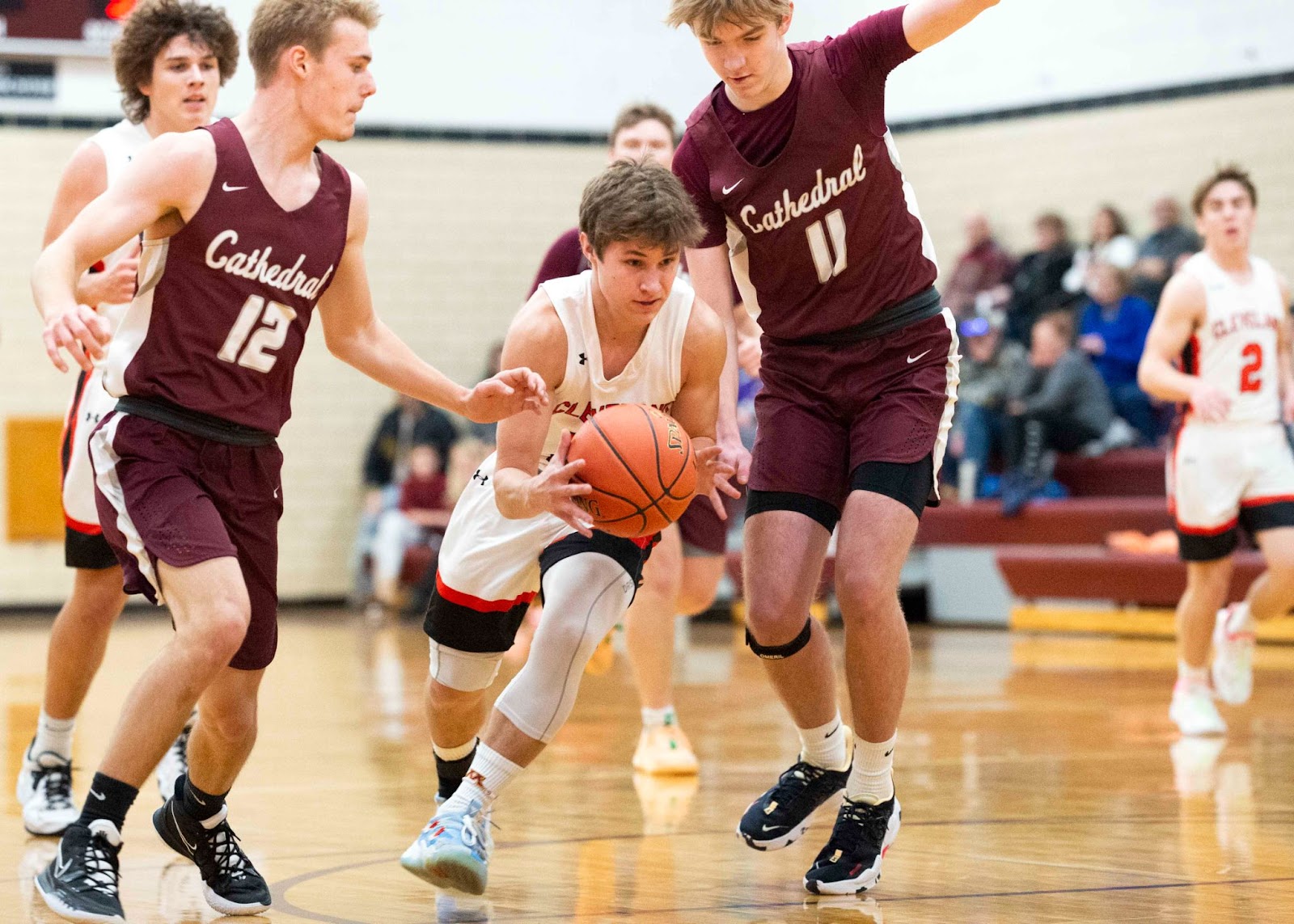 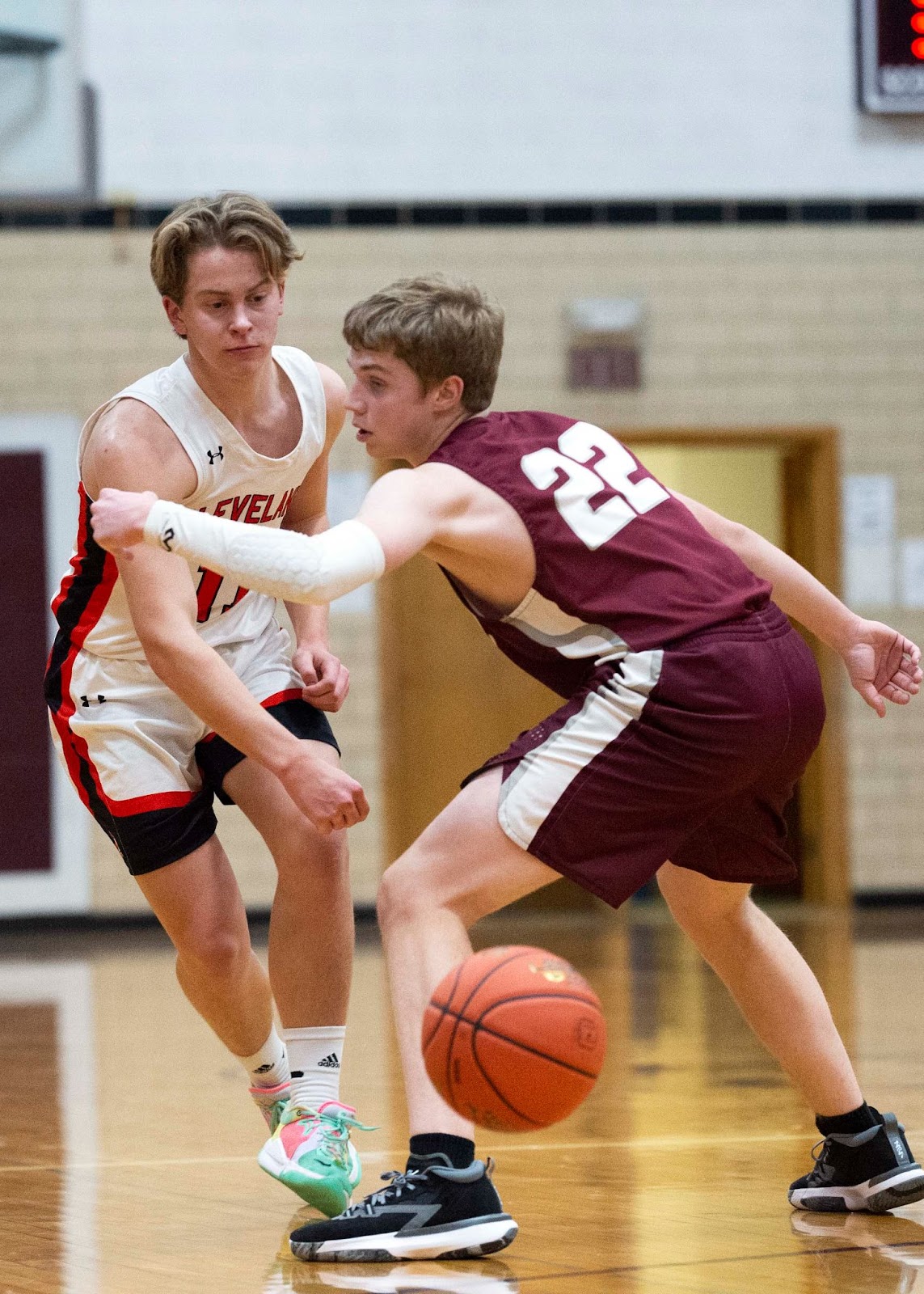 Blake Lyons passes around a defender. 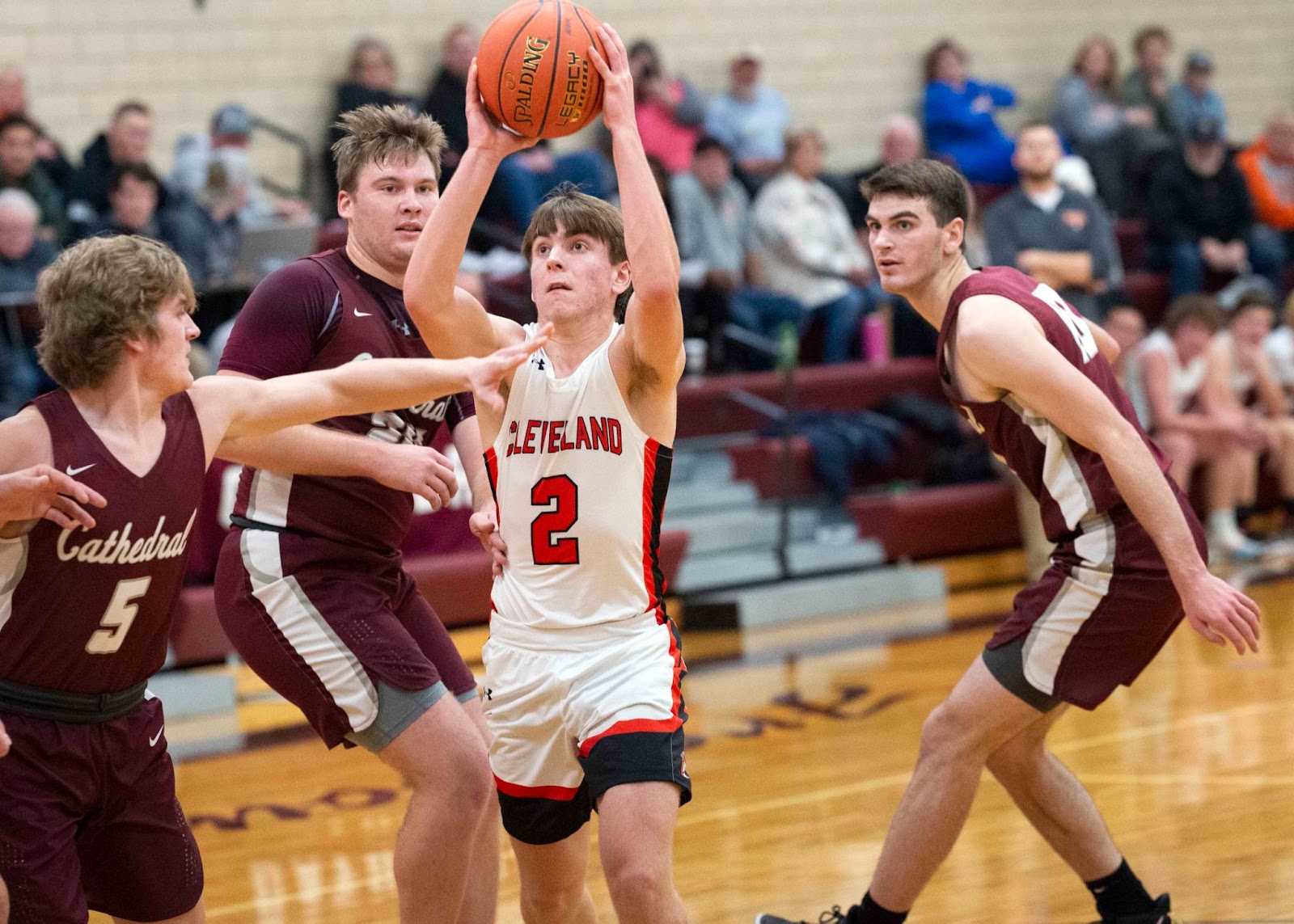 Carter Dylla stretches for a shot.