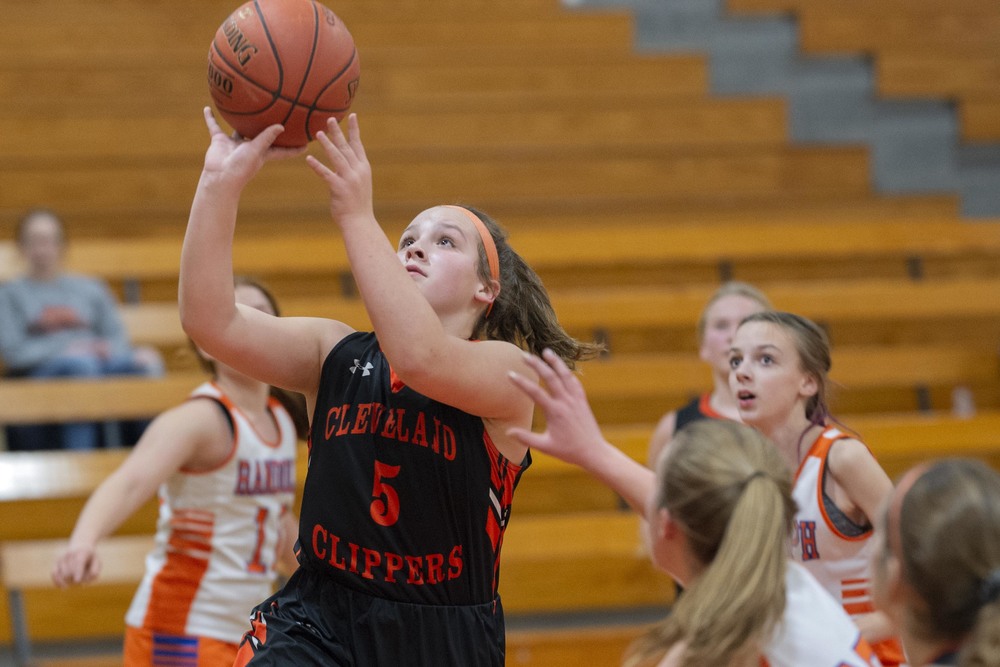 Olivia Reinhardt’s jump shot with a minute and a half left put the Clippers up by two. On the other side of the court, they pulled down a rebound to get the ball back, but in the process of draining the clock the Clippers turned the ball over on a lane violation.

With 20 seconds left, Kiera Schipper hauled in a defensive rebound, but the Rockets stole ball with 6 seconds to go. From there, the Clippers picked off an in-bounds pass, but the ball got away.

The Rockets missed a shot just in front of the buzzer, and the Clippers held on for the win.

Schipper took an in-bounds toss up and in for the game’s first basket. Using her height advantage, she scored the next two as well, the first after an offensive rebound and the second after a Haddie Jobe handoff.

With a couple of inside baskets from Kaitlyn Flowers (above) and a Taylor McCabe basket after an in-bounds pass, the Clippers led 12-9 at the intermission.

Schipper went inside for the first basket of the second half, but the Rockets responded with two baskets to pull within a point, 14-13. Makayla Janzen’s basket put the Clippers up by three, but the Rockets tied the game at the 8:50 mark with a basket from behind the arc.

After a 4-minute dry spell, Schipper grabbed an offensive rebound and scored for the game’s next basket, but the Rockets stole and scored to knot the game at 18 before Reinhardt’s game-winning shot from the paint.

Schipper paced the Clippers with 10 points. Flowers had four points. Reinhardt, McCabe and Janzen each chipped in two points.

The junior high Clipper girls are back in action on Thursday when they travel to Mankato Loyola. 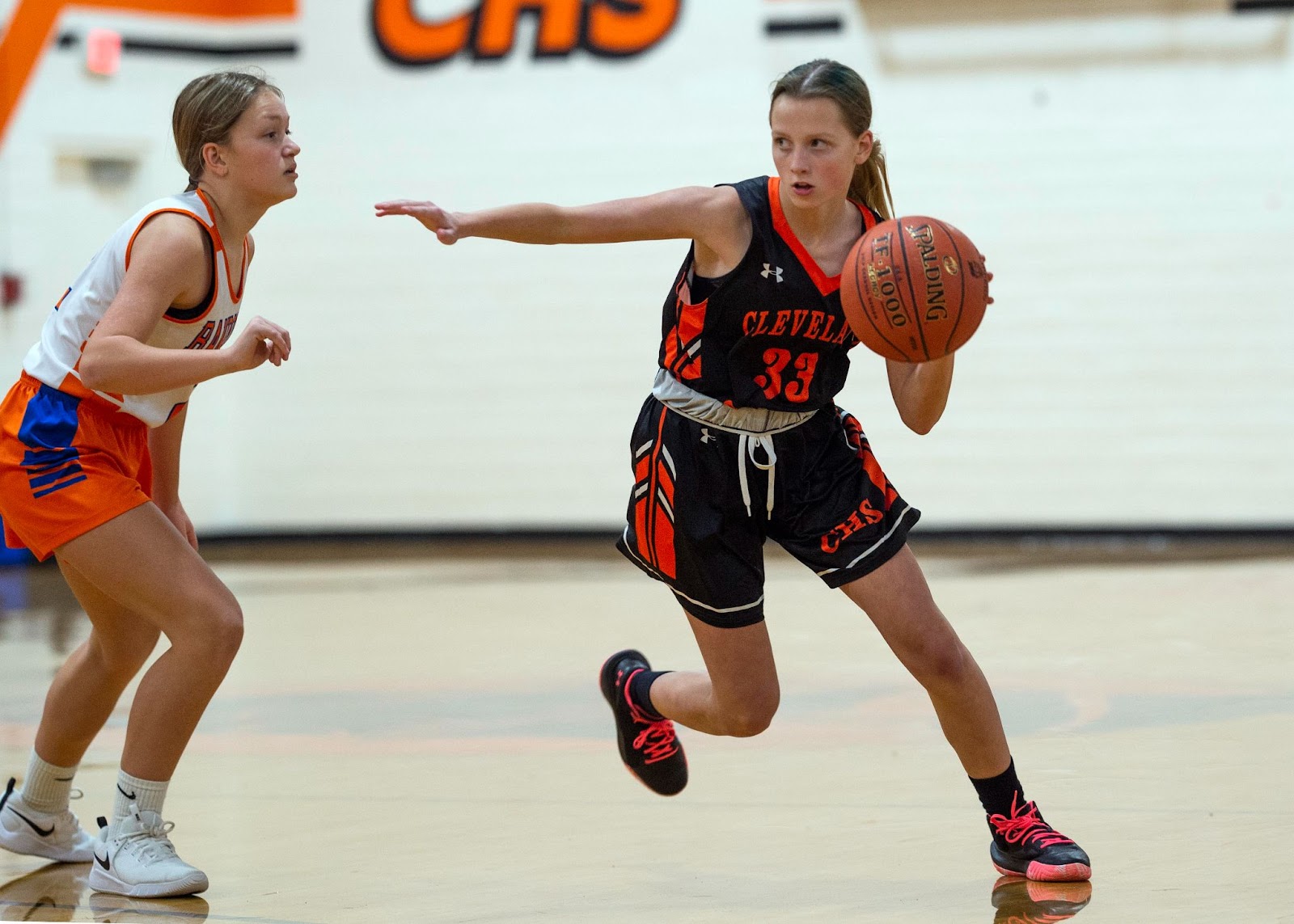 Makayla Janzen takes the ball toward the rim. 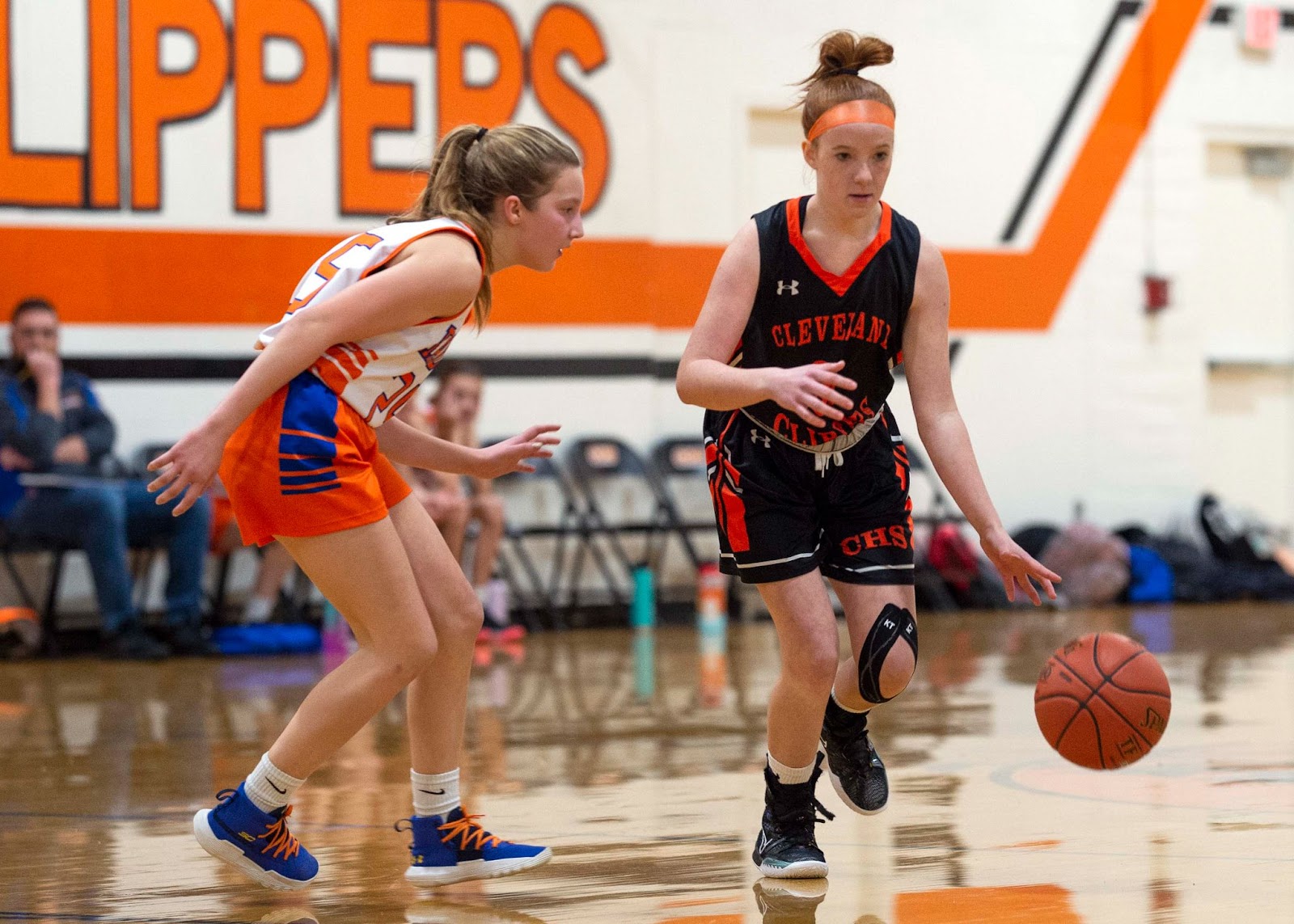