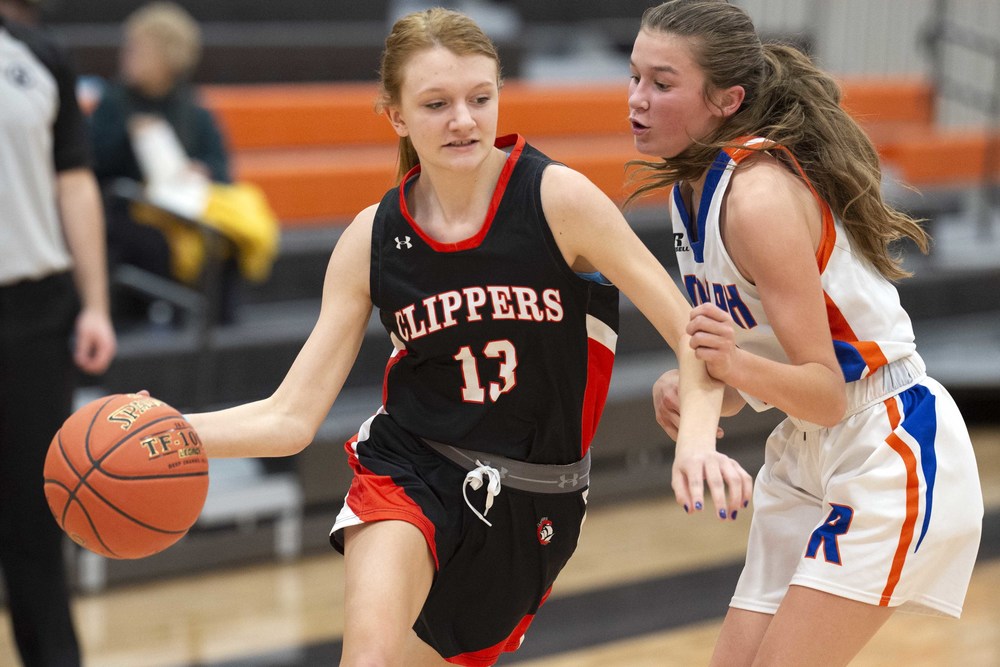 Rockets soar over B girls

Randolph came to town and topped the B-Squad girls 45-21 on Tuesday.

Addi Holden scored the first basket for the Clippers. Asia Kern arced in the first of two three pointers she had for the half, but the Clippers were trailed 9-5.

Later in the  half, Sam Wondra put in a three pointer, Holden took a Lacey McCabe assist in for a bucket, and Kern plopped in another three.

But the Rockets came out of the gate in the second half with back-to-back steals for baskets. Lacey McCabe stopped the rally when she took a toss from her sister Mariah McCabe in for a score.

But the Rockets blasted for 14-straight points before the Clippers finally scored again when Lacey McCabe drove inside for a basket.

After an Ava LaFrance jumper, Brooke Borgardts (above) took an inbound pass up and in for the final Clipper basket.

Kern led the effort with six points. Holden and Lacey McCabe each had four points. Wondra added three points. Borgardts and LaFrace each chipped in a basket.

The B girls are back in action on Thursday when they host Faribault Bethlehem Academy. 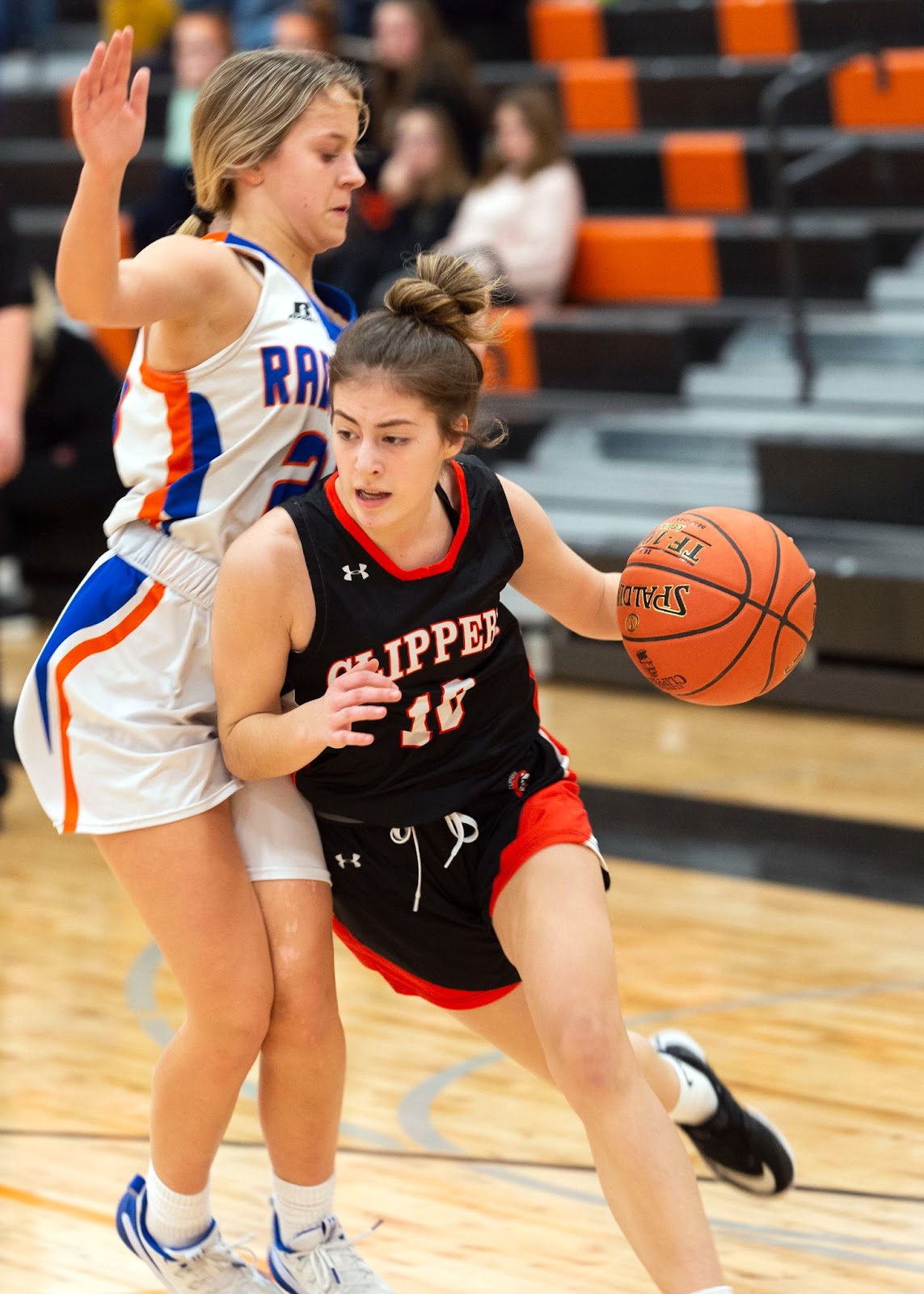 Lacey McCabe made several drives to the hoop late in the second half. 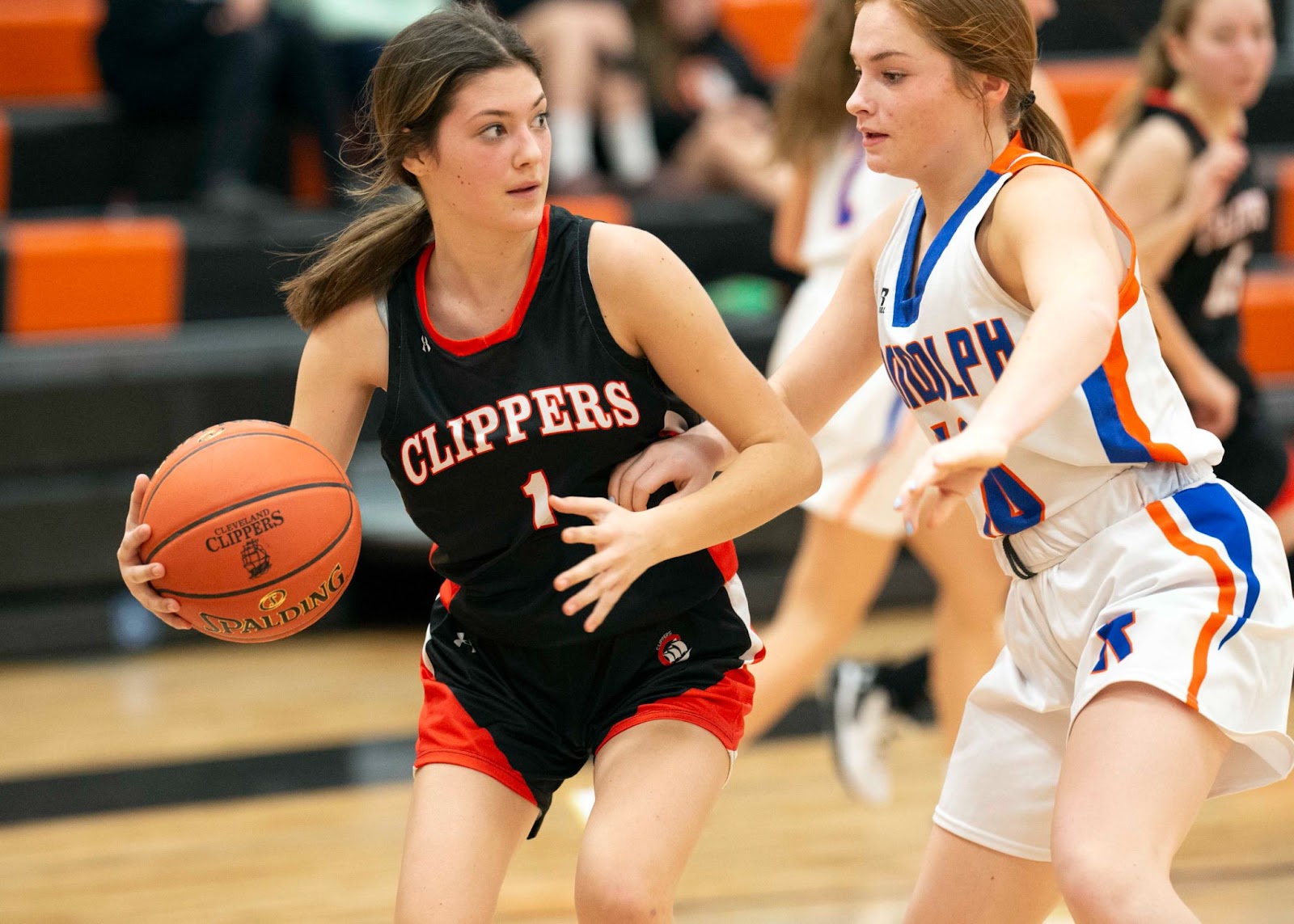 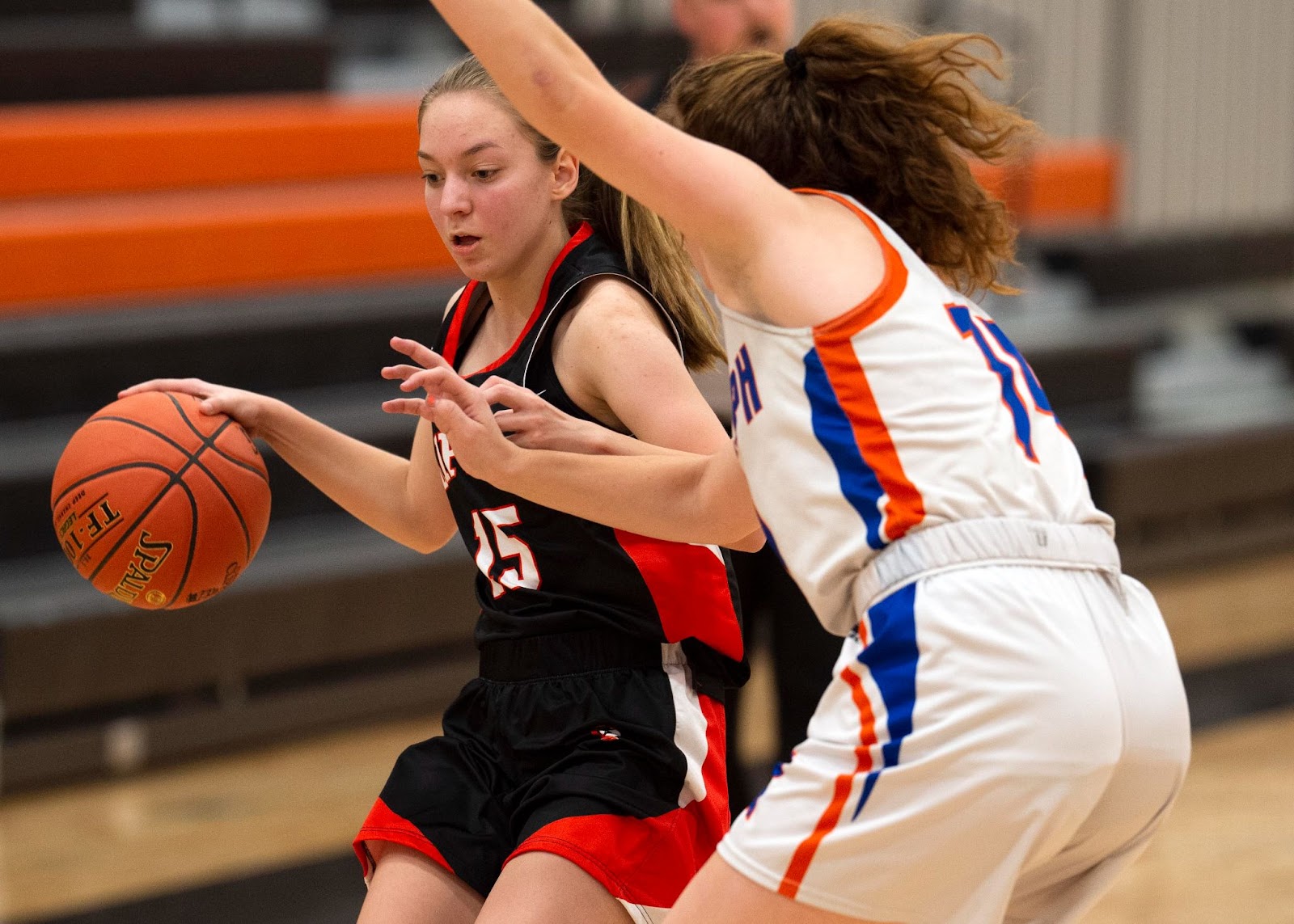 Ava LaFrance works toward the hoop.