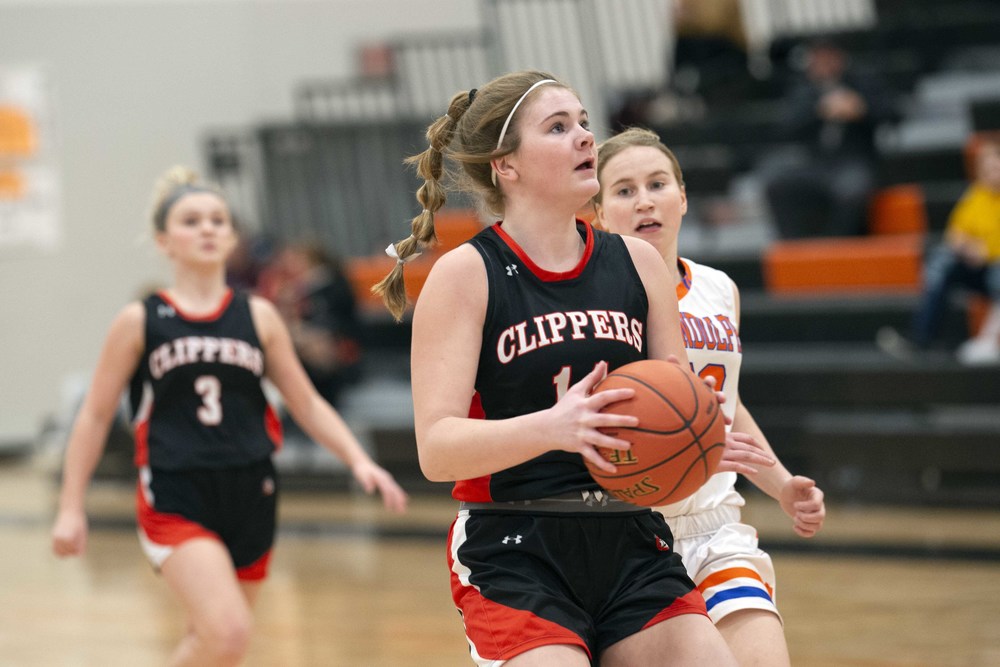 First half the difference in varsity girls loss to Randolph

While they outscored visiting Randolph 37-35 in the second half, the Clipper varsity girls couldn’t overcome a 15-point deficit at the break and fell 70-57 on Tuesday.

Fouls and free-throw shooting loomed large in the 36 minutes. The Clippers committed 24 fouls—three more than Randolph—and were successful in 17 of 26 free-throw shots. The Rockets were 25 of 38 from the free-throw line.

“Some of that is or fault for not being in the right spot,” said head coach Joe Remiger. “There was also some stuff, the rebounding, that we’ll be working on some more and get it taken care of. We’ll get Sarena (Remiger) back, and that will help with that.”

Remiger, a 6-0 junior center, is out for a few more days as she had her hand put in a cast during the break.

The Clippers were off the mark early but still managed to go up 5-0 early. Emily Kern’s free shot was the first point on the board. She followed up with a steal and shore-to-shore drive (above) for a basket. Greta Hahn also scored on a layup before the Rockets got on the board with a basket from the floor.

Emma Treanor put a Hahn assist in for a basket, and Kaylee Karels—who would go on to lead all scorers with 27 points—stole and drove the floor for a layup, but the Rockets hit a couple of threes to go in front 10-9 at the 11:50 mark.

It was a lead they would never surrender.

Ava Hahn and Karels drove in for scores, and Kern pulled down an offensive rebound and scored, but the Rockets capitalized on Clipper turnovers and pulled out three more baskets from beyond the arc to lead 35-20 at the intermission.

Karels spun a Laci Hollerich toss in for a basket for the first points of the second half. She went on to score 16 more in the frame.

With the Clippers down 52-38, Treanor took the bench with five fouls, and Kern, who had nine points in the second half, followed her shortly after. With less than a minute left, Hollerich fouled out as well.

Strong off the bench, Lacey McCabe hit a pair of twos and a three down the stretch.

Randolph made five three pointers. McCabe and Karels each had a three for the Clippers.

Randolph’s leading scorer posted 20 points in the first half but only three in the second half.

“That was probably some of the best dense we’ve seen Greta play, so I am super encouraged with that” said Remiger.

The Clippers will play another non-conference game at home today (Thursday) when Faribault Bethlehem Academy comes to town. 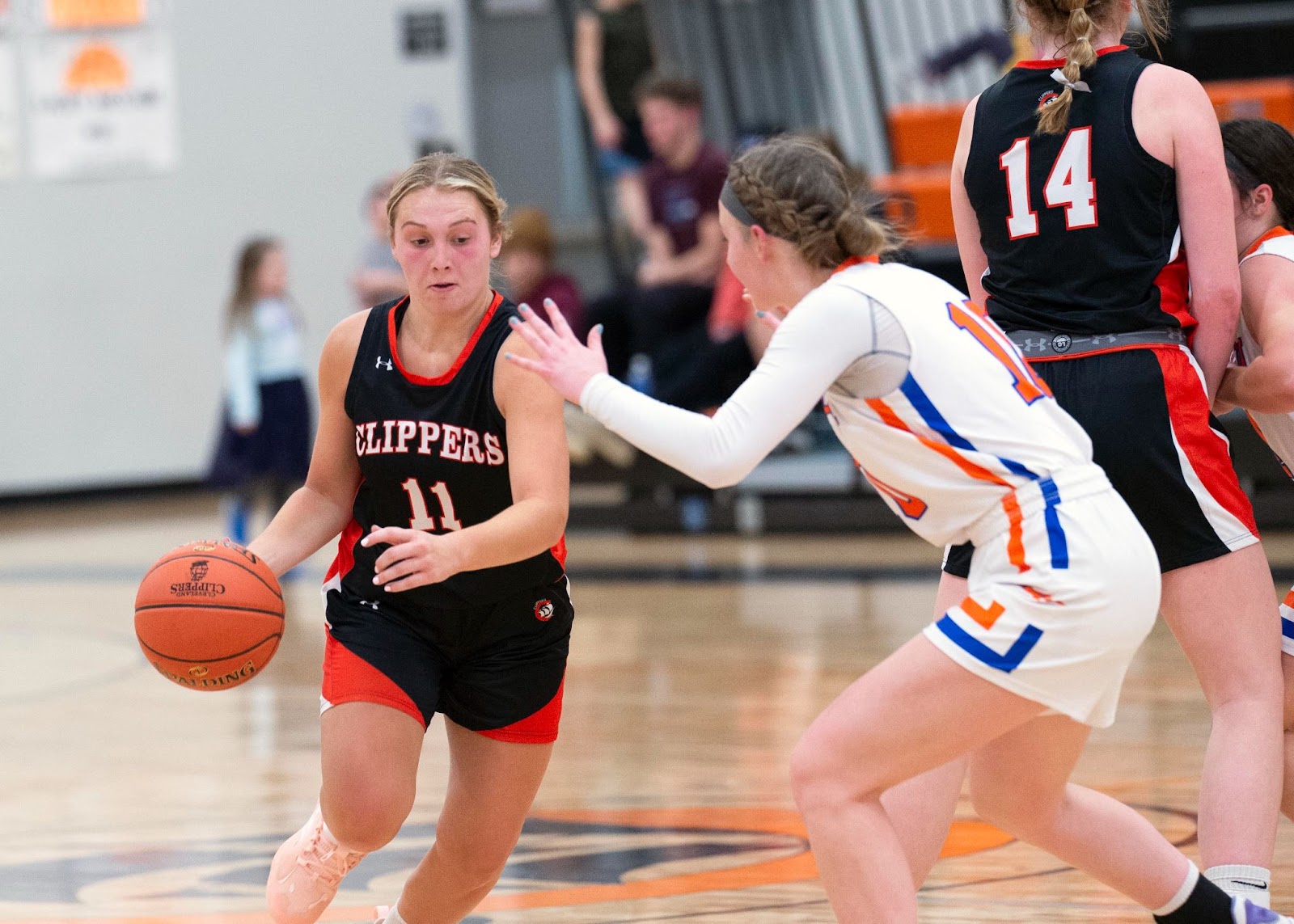 Driving hard to the basket, Kaylee Karles led all scorers with 27 points. 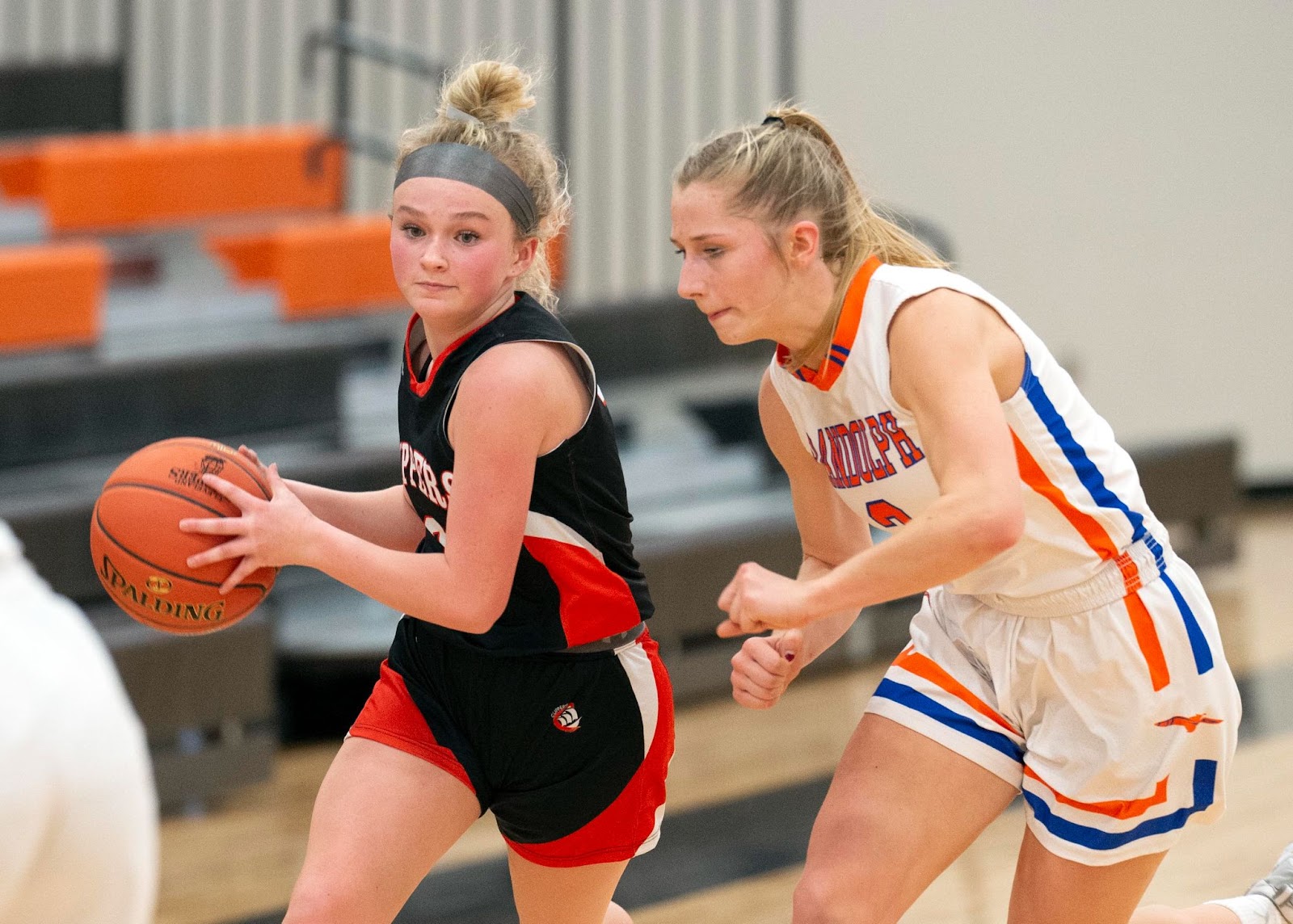 Greta Hahn winds up for a dish off. 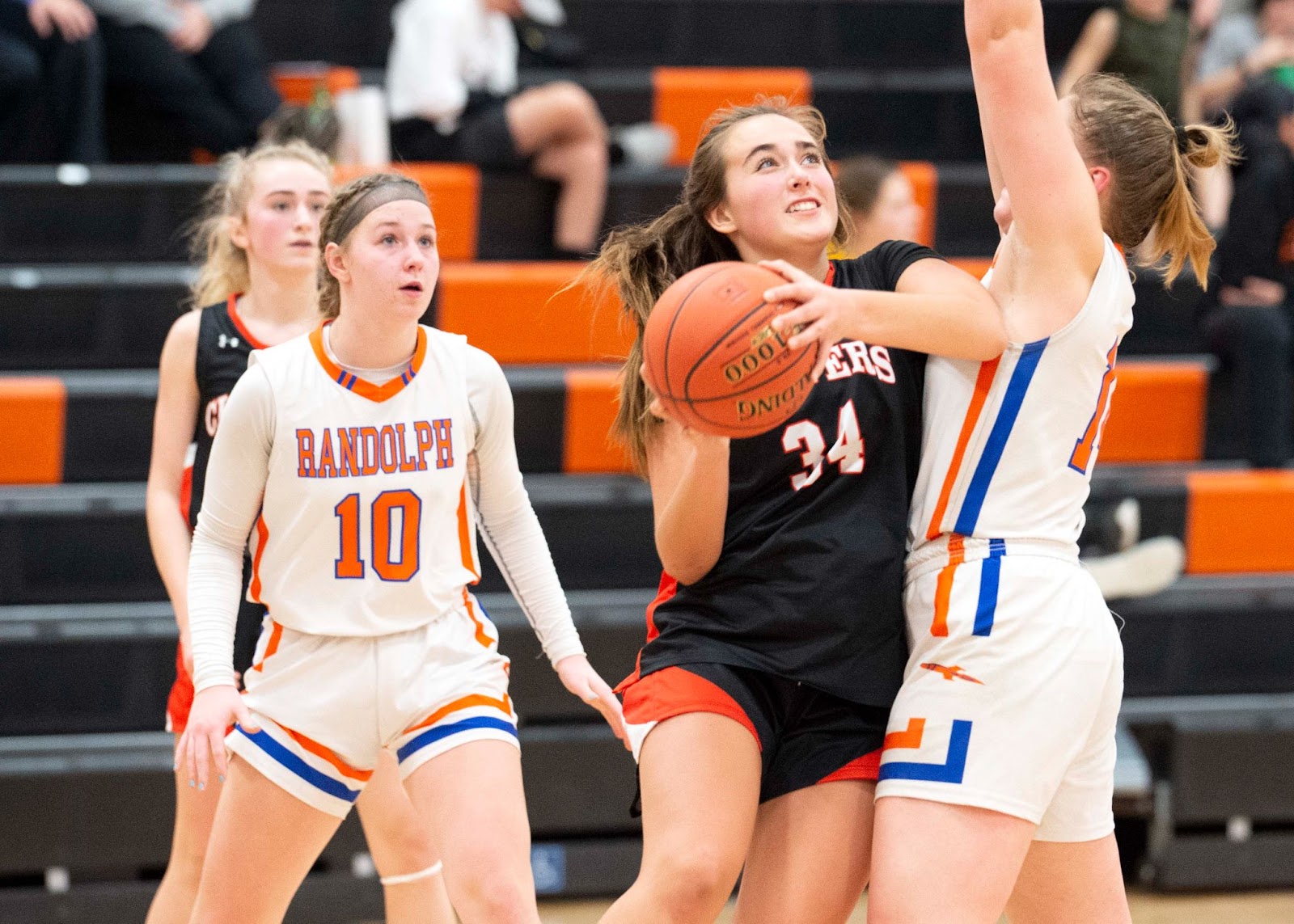 Laci Hollerich muscles her way up for a shot.