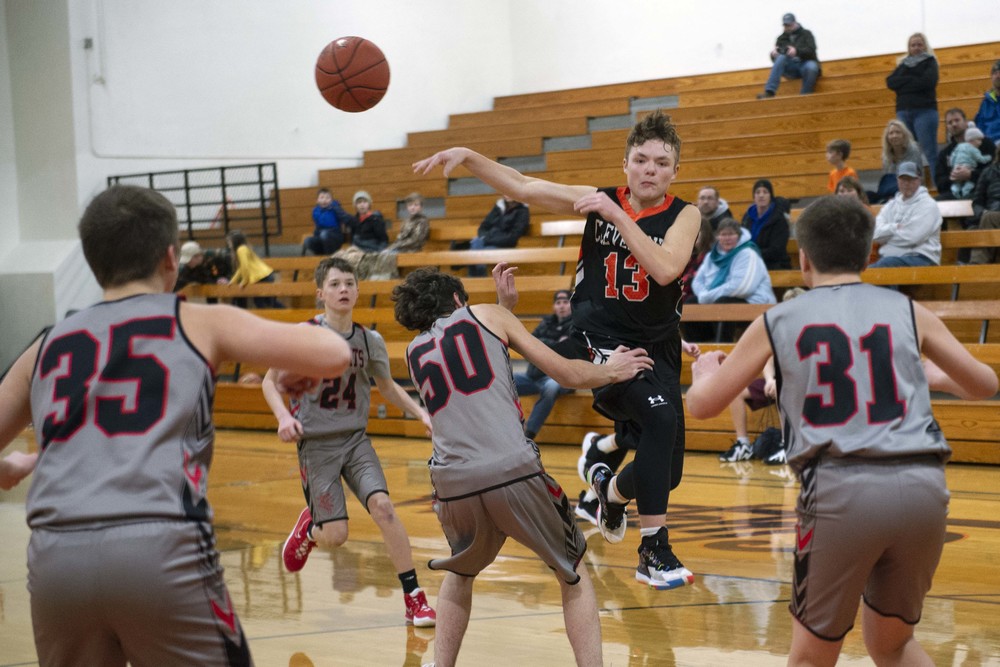 Eighth-grade boys up assists in win over Alden-Conger

Above: Caleb Possin dishes off during the eighth-grade team’s win.

Out hustling visiting Alden-Conger and moving the ball around unselfishly too, the eighth-grade boys team won 34-17 on Tuesday.

The victory put them back on track after a decisive loss at Randolph two days earlier.

“They had better passes tonight,” said coach Rich Kern, who stood in for usual eighth-grade coach Tray Jones. “They were executing better. We haven’t seen ball movement like that for a while. Coming off our last game it was good to see that. Randolph was really good, but we were really flat that night. We didn’t have much ball movement and made a lot of turnovers.”

Caleb Possin’s steal and crusade to the other side of the floor for a layup was the game’s first basket, but Alden-Conger went up 4-2 after a basket from the baseline and a score on an in-bounds pass.

The Clippers quickly pulled out in front though and never glanced backwards when Carson Lyons’ layup and ensuing foul shot put them in front by a point.

The three-point play was the start of a 21-point run that featured seven more points from Lyons, including a three, a three off the hands of Nathan Seeman, four points from Possin and an offensive rebound and basket from Caleb Connor.

The Clipper rally ended just before the break when Gavin Karels took a Lyons hand off in for a layup.

While the Knights scored just before the intermission, the Clippers were securely in front 23-6.

The second half started slowly with the first score at the 9:40 mark when Lyons pulled down an offensive rebound and put it back up for a bucket. Seeman followed up with a drive for a basket.

The Knights scored the next six points before Lyons hit a jumper from the paint. Later, Tanner Simonette took a Possin pass in for a layup and Bode Bartell pumped in a three from the corner.

Lyons had 14 points. Possin had a pair of baskets and a pair of freebies for six points. Seeman had a two and a three for five points. Bartell added three points. Simonette, Connor and  Karels each chipped in two points.

The Clipper played in a tournament in Nicollet on Saturday and will be back in action on Thursday (January 14) when the host Martin County West. 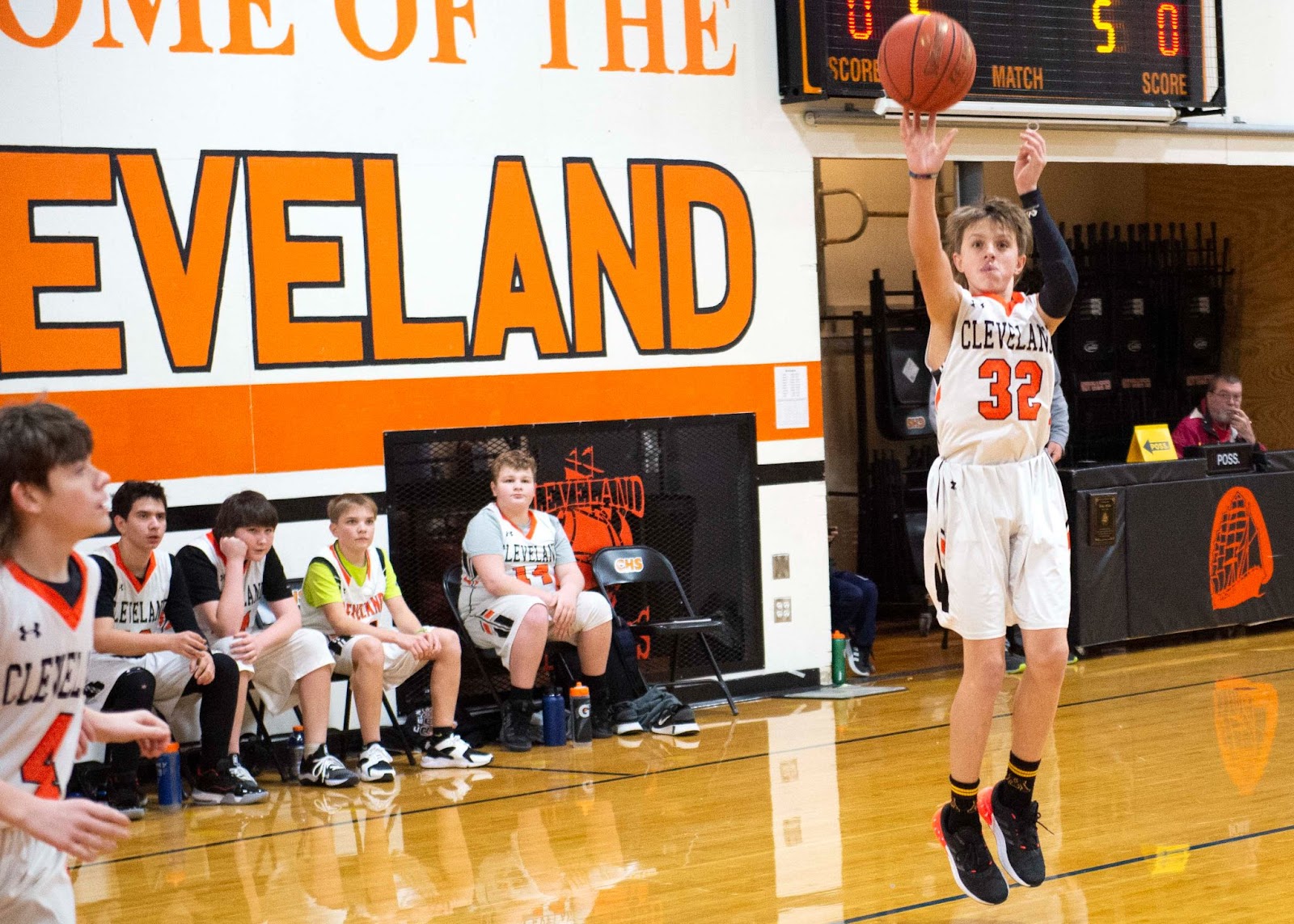 Braeden Smith puts up a shot from outside during the seventh-grade game. 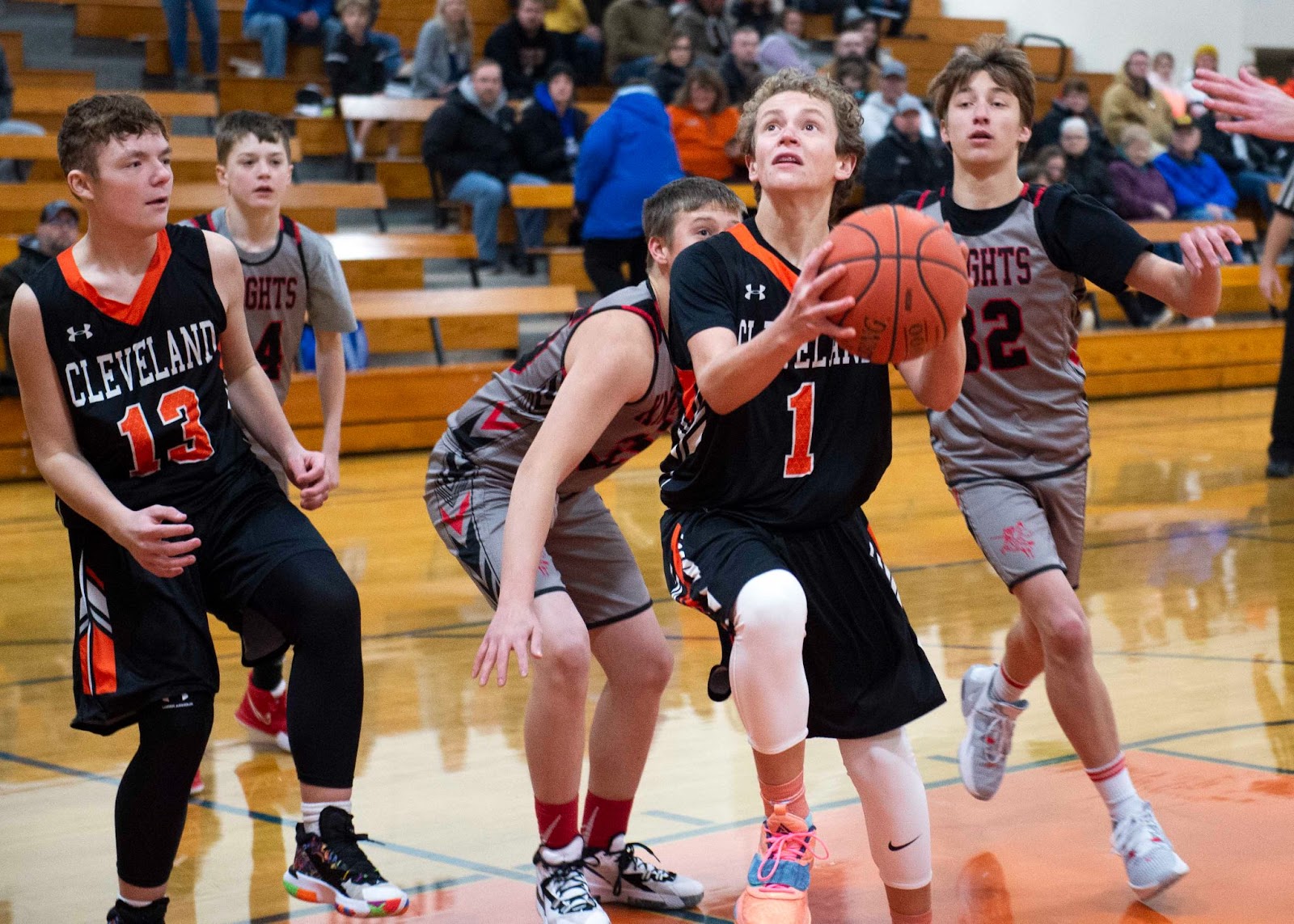 With 14 points, Carson Lyons led all players in the eighth-grade game. 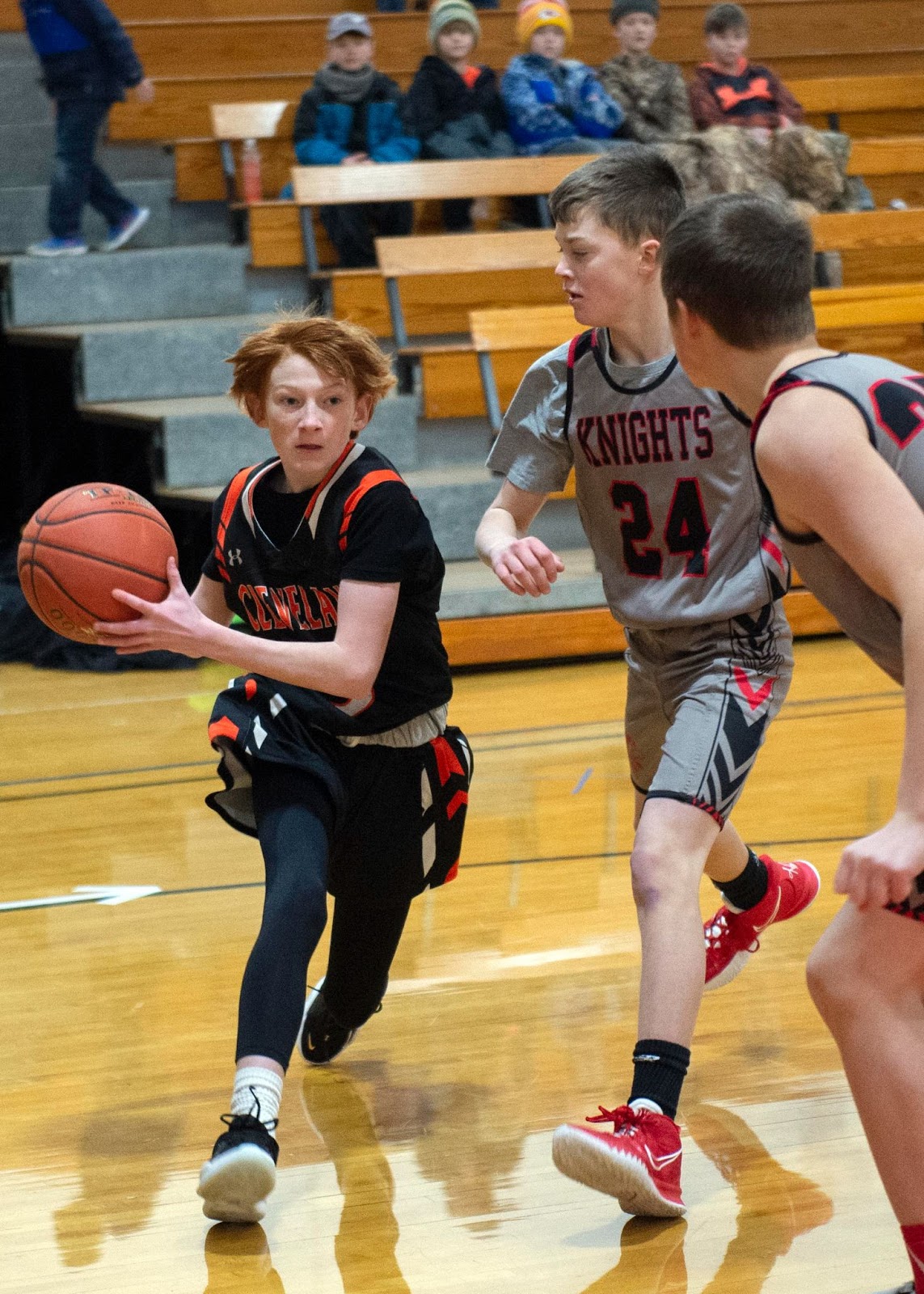 Bode Bartell takes the ball inside during the eighth-grade game. 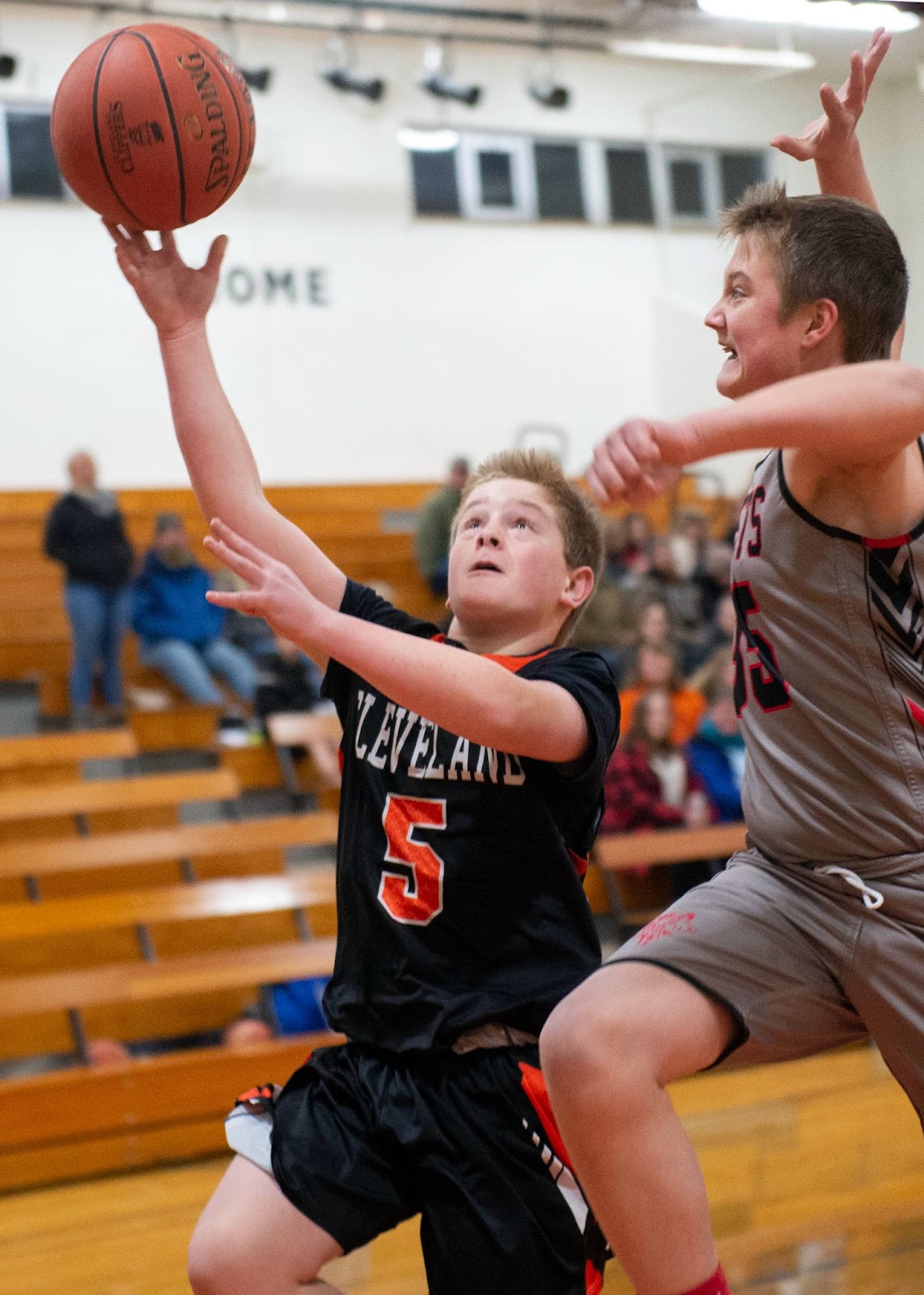 Caleb Connor goes up for a shot during the eighth-grade game. 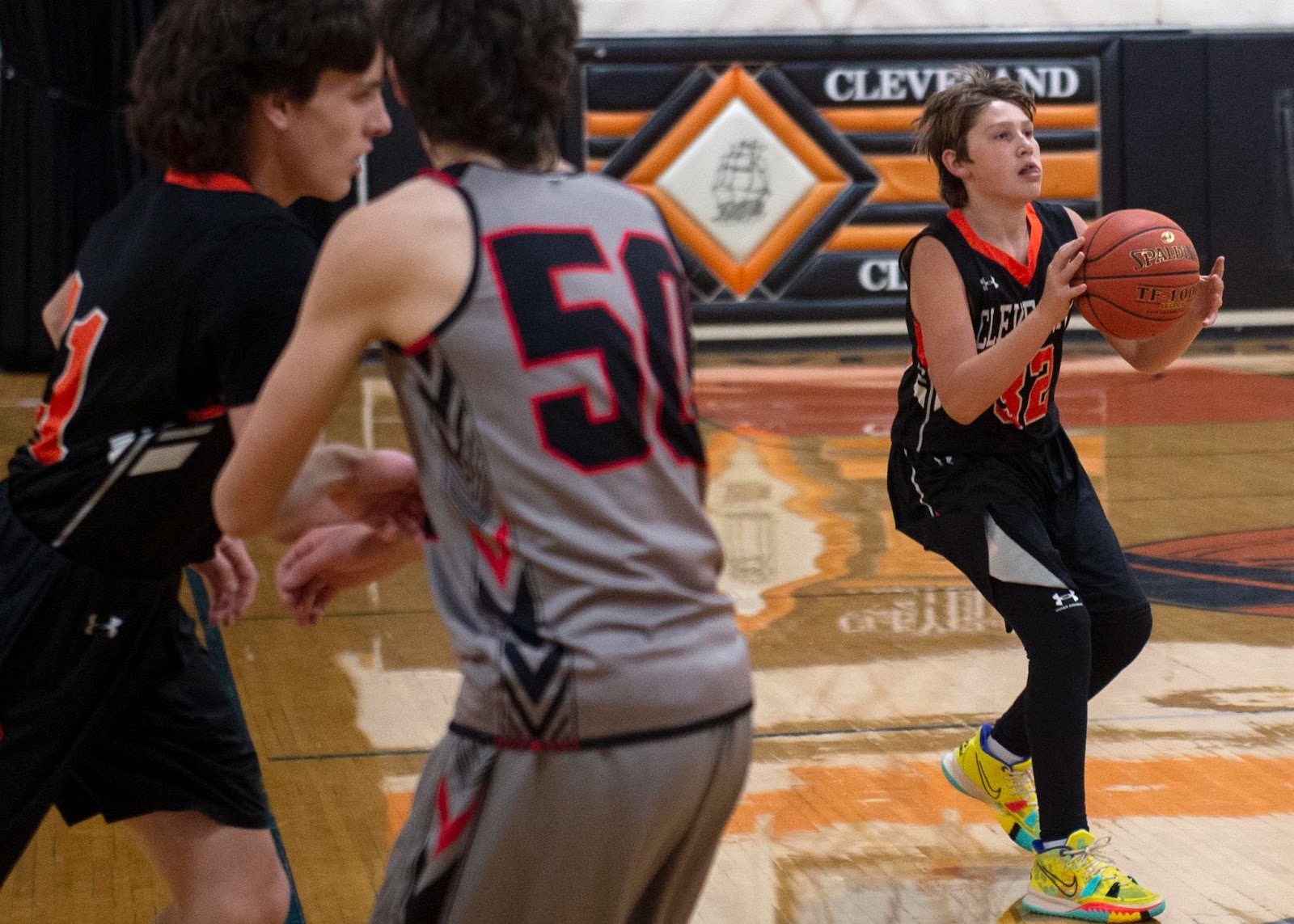 Gavin Karels sets up for a shot during the eighth-grade game. 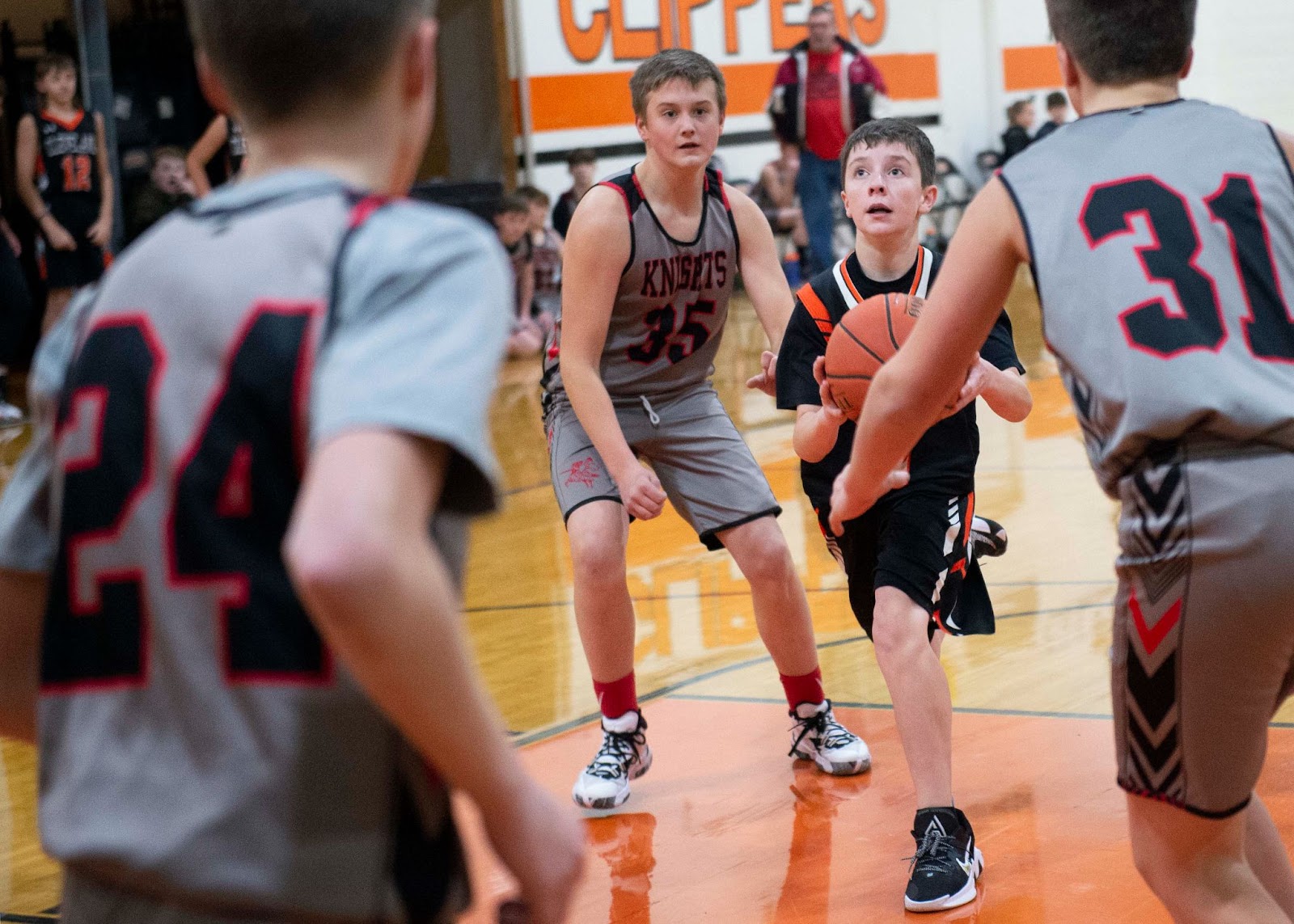 Nathan Seeman takes the ball through the paint during the eighth-grade game.