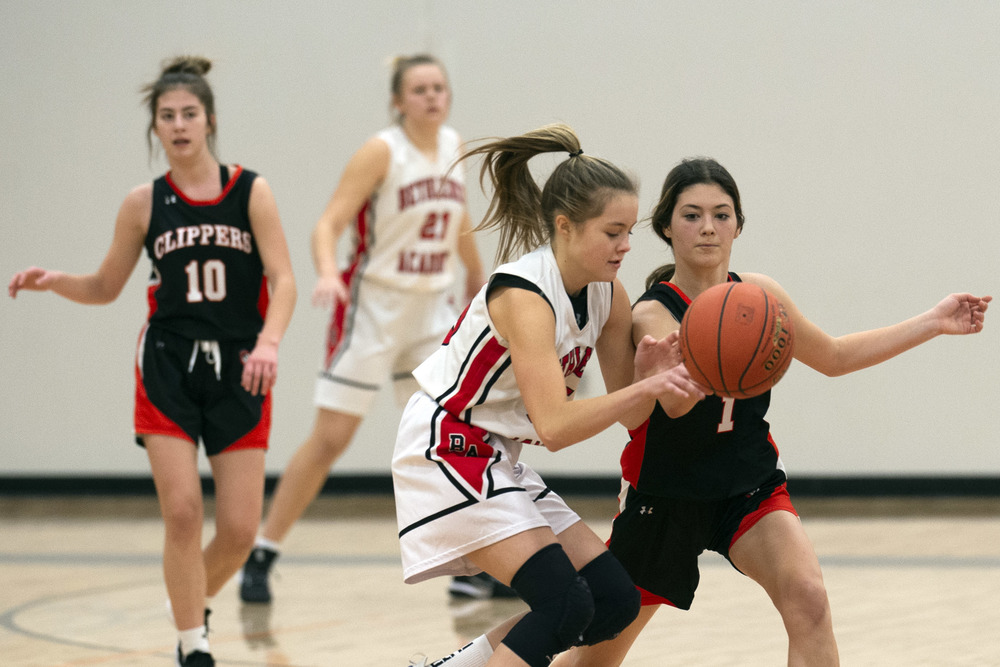 Above: Mariah McCabe swipes at the ball.

Playing solid basketball but not making enough shots for a victory, the Clipper B girls fell 45-32 at home to Faribault Bethlehem Academy on Thursday.

Ava LaFrance put in the first basket for the Clippers. McCabe had a three and a pair of two pointers in the half. Asia Kern buried a three, Mariah McCabe had a basket from the floor, and the Clippers trailed 23-14 at halftime.

On an inside basket, BA scored first in the second half. Kern replied with a three, but the Cardinals quickly canceled it with a three.

Lacey McCabe and La France each put in baseline jump shots, and the Clippers pulled within seven, 28-21, but the Cardinals scored the next six points before Kern sunk two pointer from the baseline.

Later, Micah Peterson arced in a three and Lacey McCabe put in a freebie and a pair of shots from the floor. Mariah McCabe made the first of two foul shots for the game’s final basket.

Kern had eight points in the effort. LaFrance posted four points. Peterson and Mariah McCabe each had three points

The B Clippers are back in action on Monday when they host Martin County West. Jump ball is at 5:15, a half hour earlier than normal. 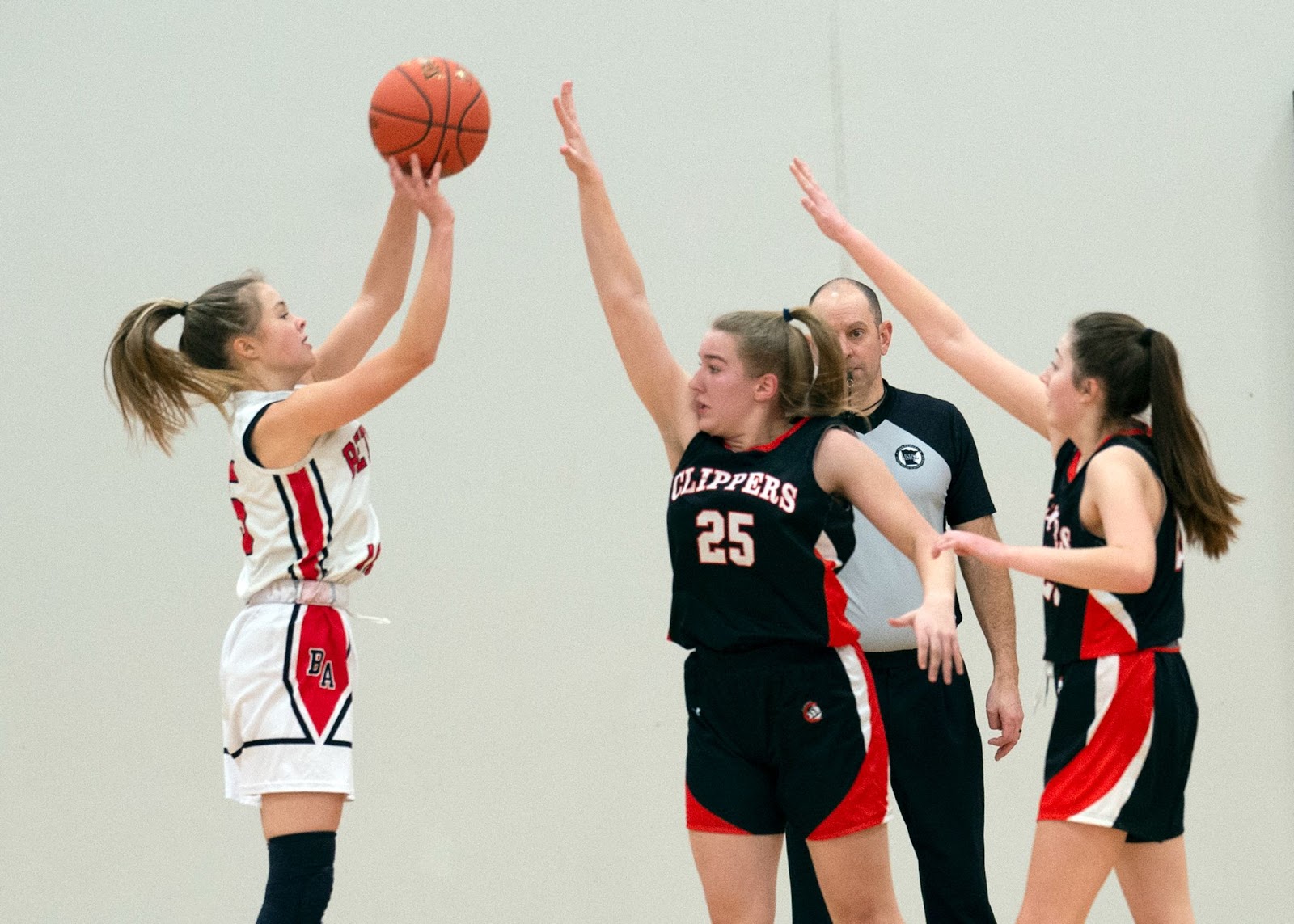