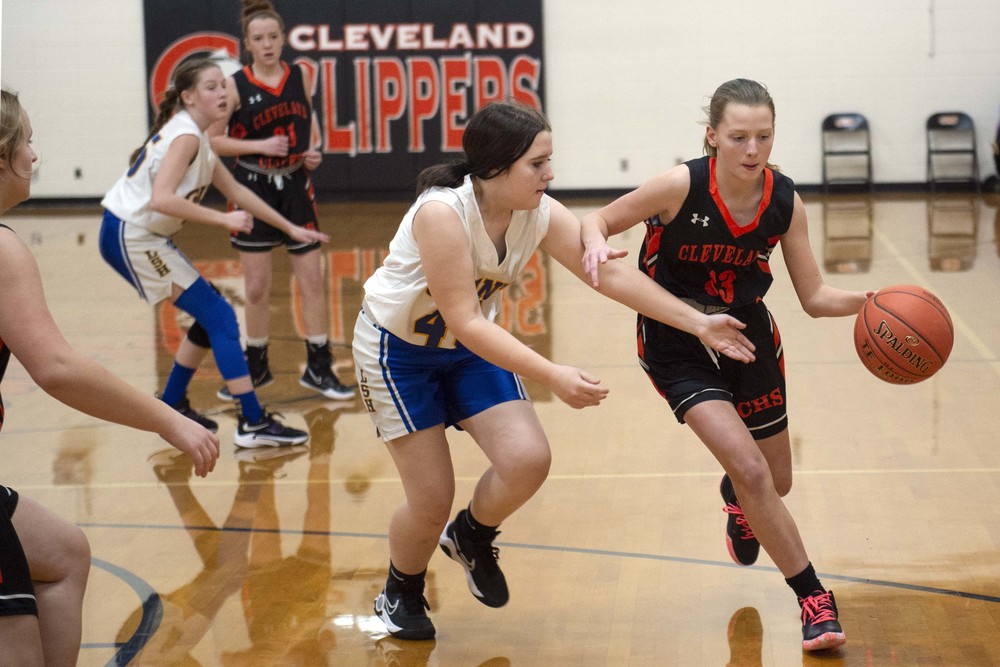 With the seventh-grade team playing the first half, Delaney Thompson hit a couple of shots from the floor and a free throw, and Kiera Schipper made the first of two foul shots for the first six Clipper points.

Kaitlyn Flowers scored inside. Taylor McCabe pulled down an offensive rebound and put in a shot from the baseline, and Schipper rebound and scored to put the Clippers up 12-2.

The Giants put in three freebies down the stretch for a 12-5 halftime score.

Mollie Bowman made the second of two foul shots for the first point of the second half, but the Giants, scored the next nine points on the Cleveland eight-grade team, including four points off of steals, to pull ahead 14-13.

Samantha Baker made a free throw to knot the game at 14, but the Giants scored on a basket from the floor to go back in front.

In between eight missed Clipper free throws, Haddie Jobe spun inside for a basket after a Baker hand off, but the Giants scored the next six points for a 22-16 advantage.

McKayla Janzen (above) scored from the baseline, and Sierra McCabe hit a free throw and followed up with a basket from the paint, but LSH scored to maintain a three-point lead, 24-21.

Later, Olivia Reinhardt drove the floor for a basket to pull the Clippers within a point, and with six shots from the foul line, the Clippers had chances down the stretch, but all of them caromed off the rim, and the Giants escaped with a victory.

The junior high girls took on host Martin County West on Monday and will host Alden-Conger/Glenville Emmons on Thursday. 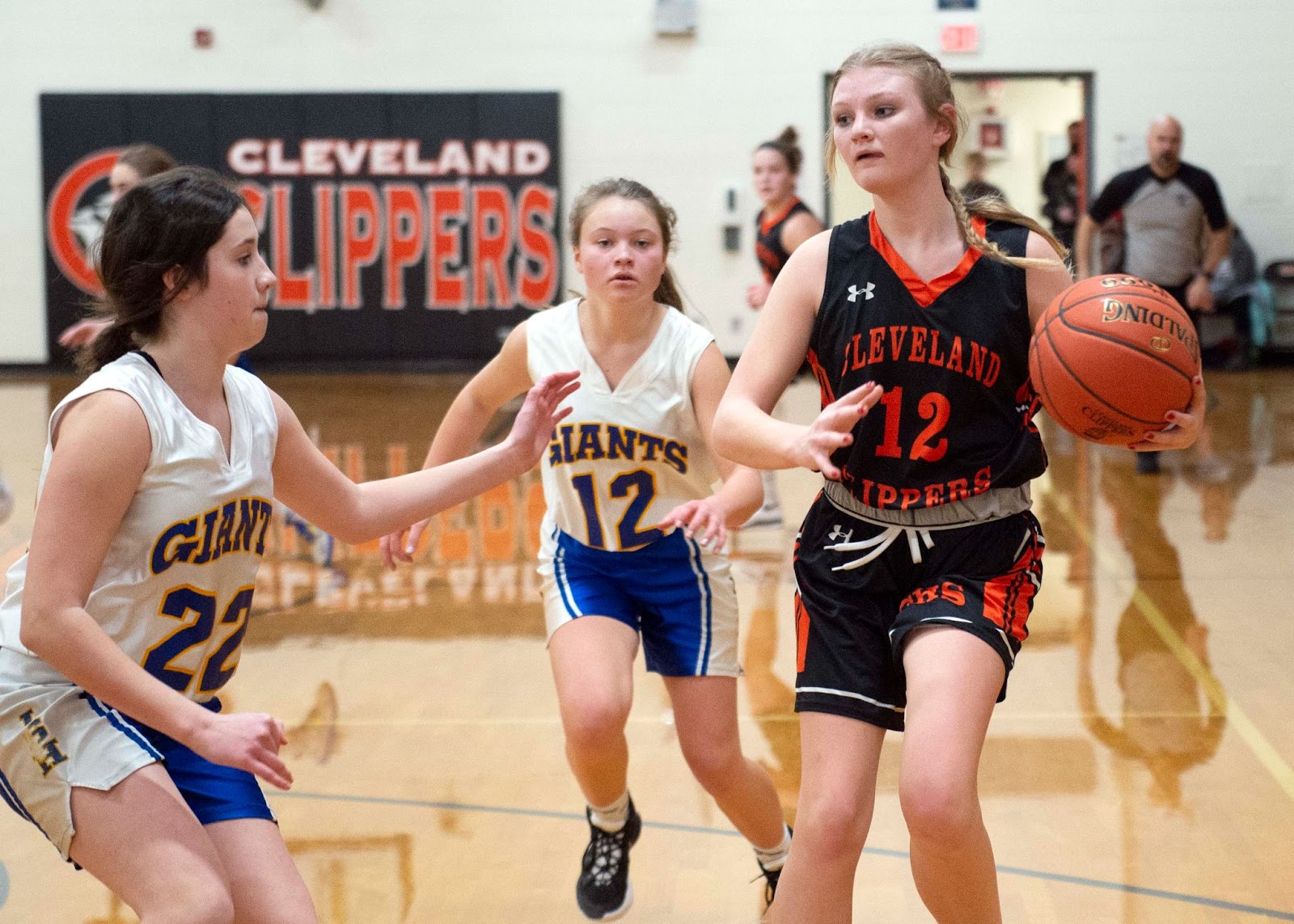 Kiera Schipper dribbles down court in the first half. 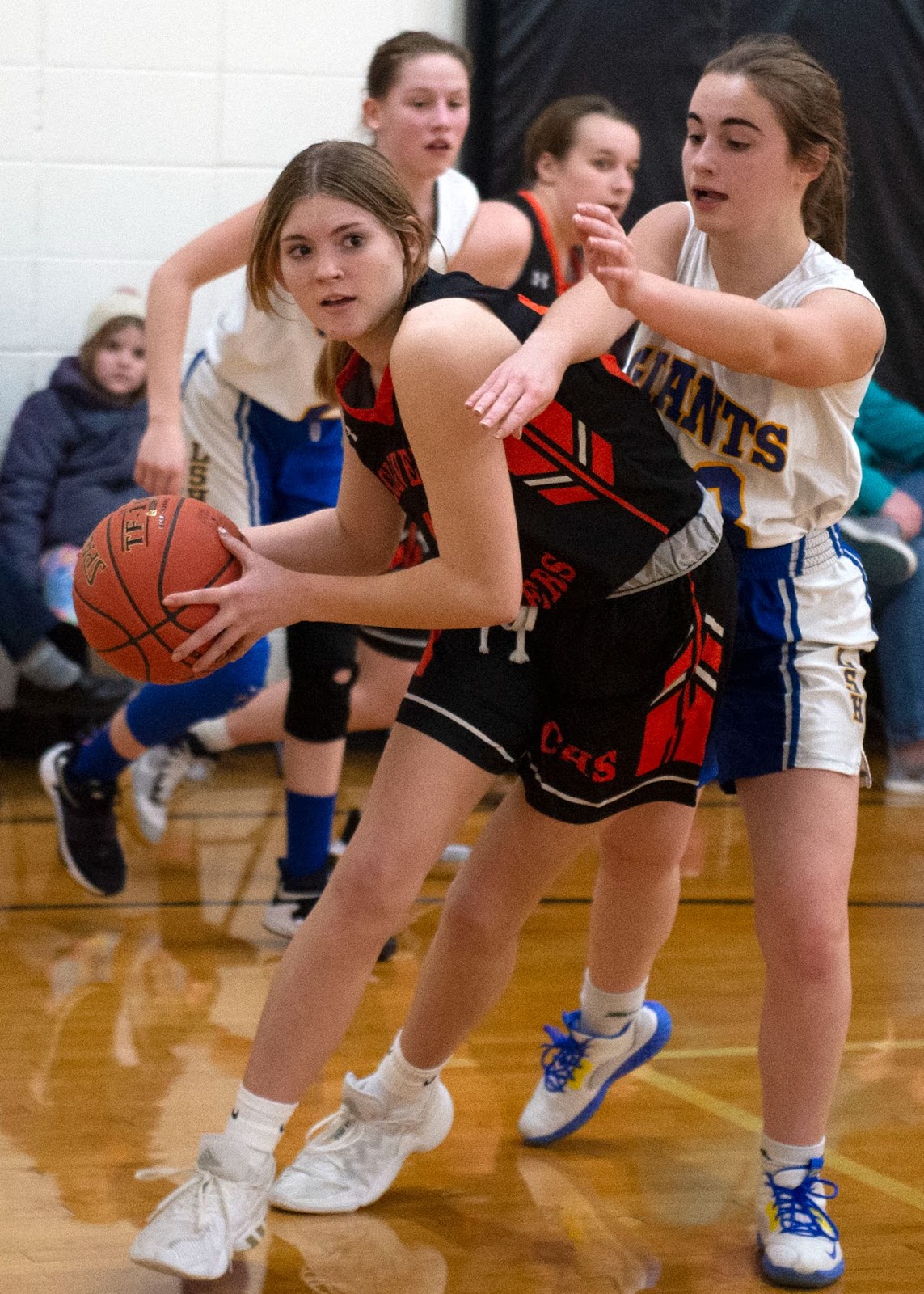 Mollie Bowman twists away from a defender. 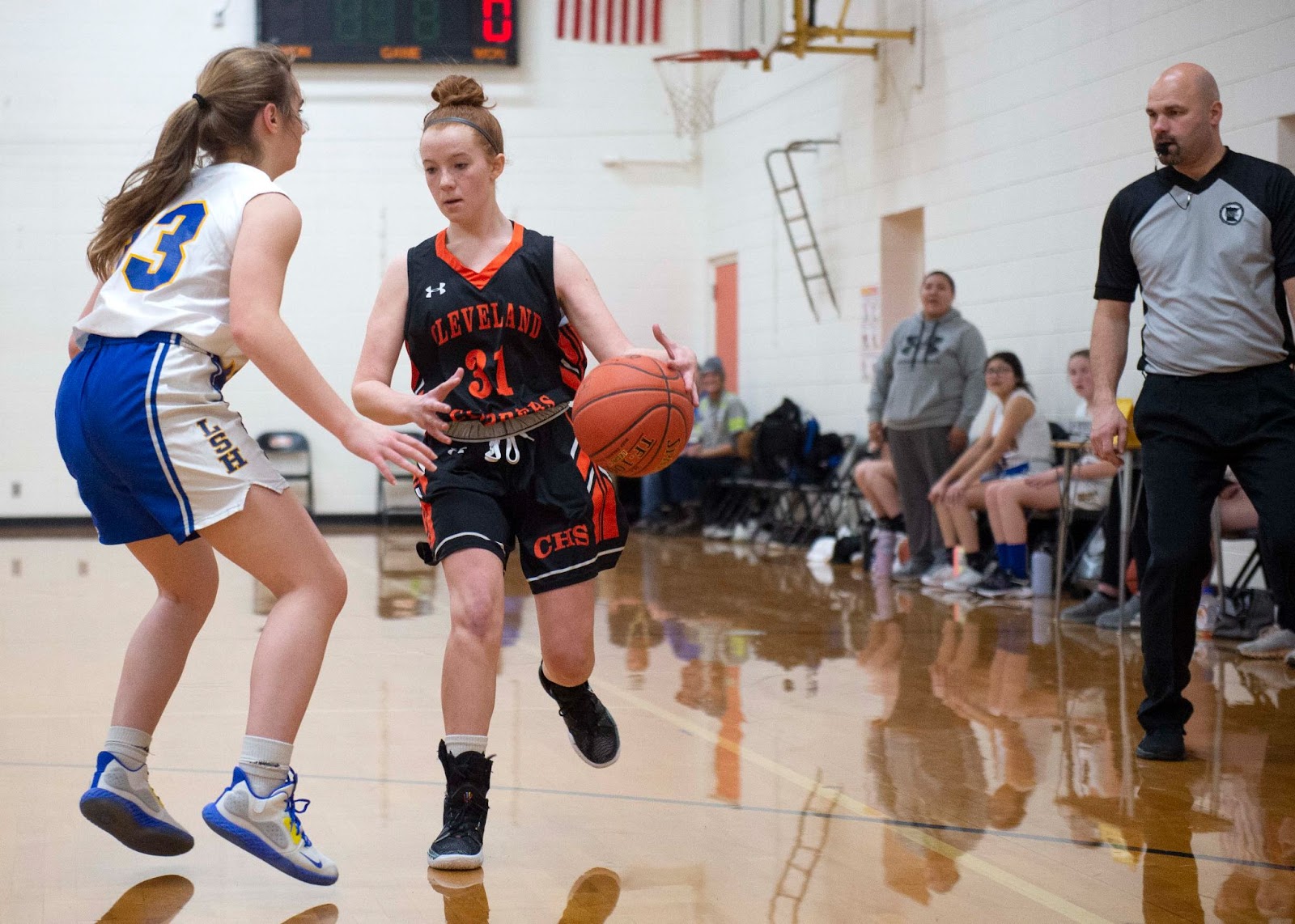 Samantha Baker looks to make a move on a defender.