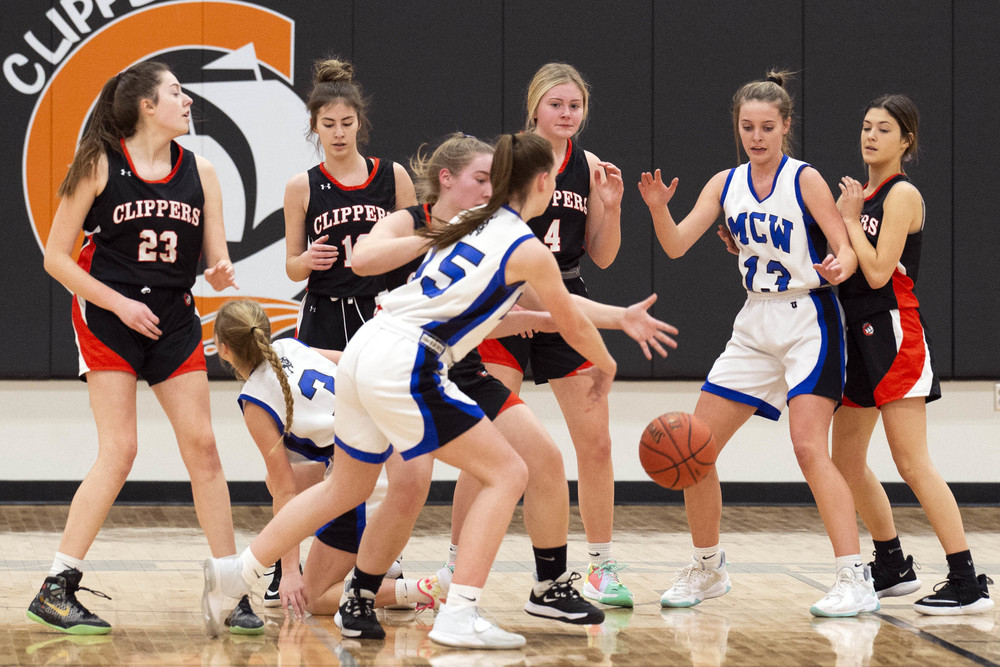 While they never waved a white flag, the B girls suffered a 50-19 loss to visiting Martin County West on Monday.

The Mavericks scored first, but Addi Holden put in a jump shot, and Micah Peterson drove the baseline for a basket to put the Clippers in front 4-2.

The lead was short lived though. MCW scored the next 14 points before Peterson hit the front end of a pair of foul shots.

After MCW scored twice more, Lacey McCabe took a Holden toss inside for a bucket.

The Mavericks put in two more baskets down the stretch, but Ava LaFrance capped off the half with a three for a 24-10 score at the break.

Keeping the pressure on, the Mavericks scored the first dozen points of the second half, a rally that Asia Kern finally broke up with a three.

The rest of the Clipper baskets came from a Brooke Borgardts free shot and baseline drive, a McCabe free throw and a LaFrance jumper.

The B girls are back in action tomorrow (Thursday) when they travel to Alden. 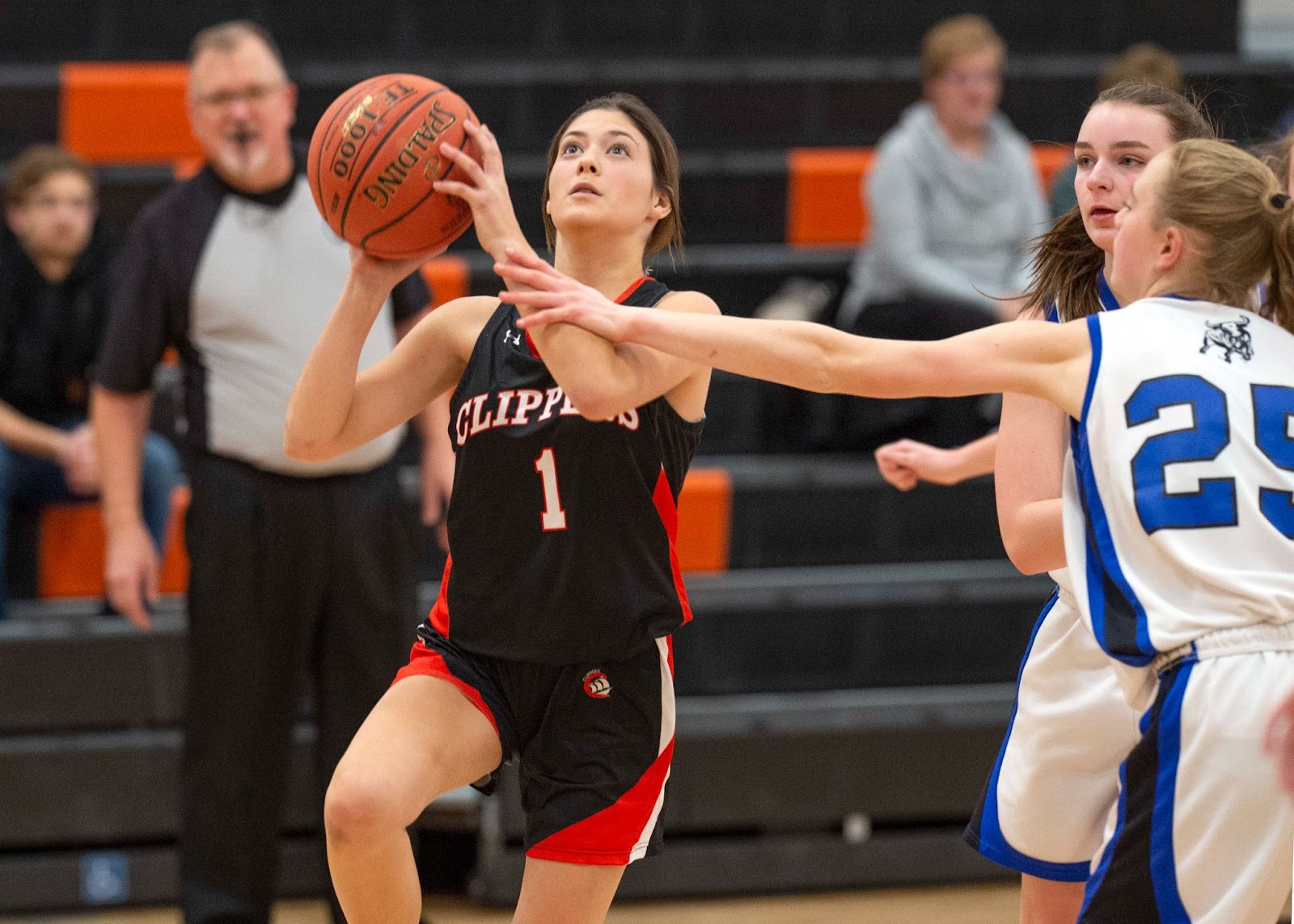 Mariah McCabe goes up for a contested shot. 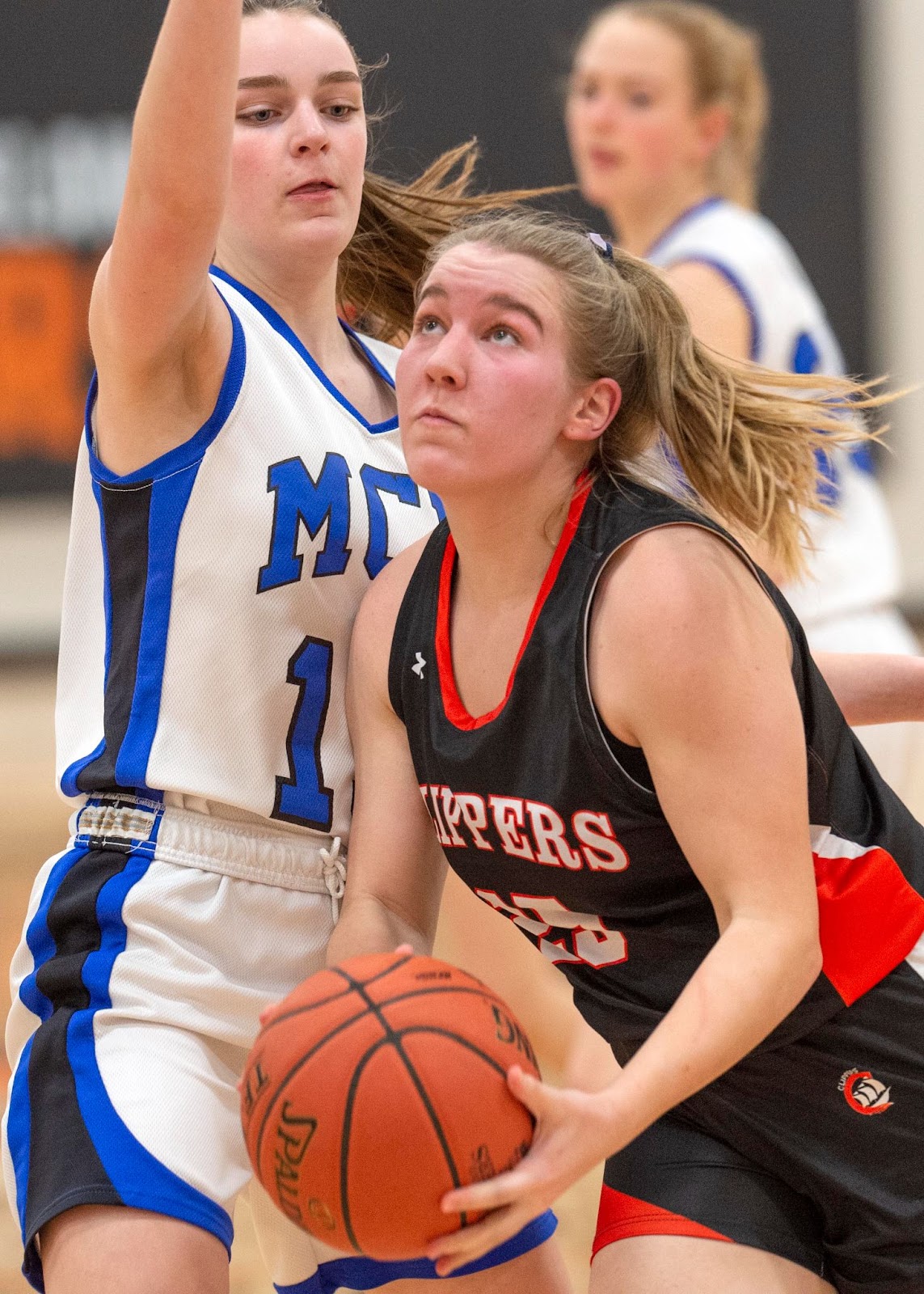 Micah Peterson sets up for a shot inside.