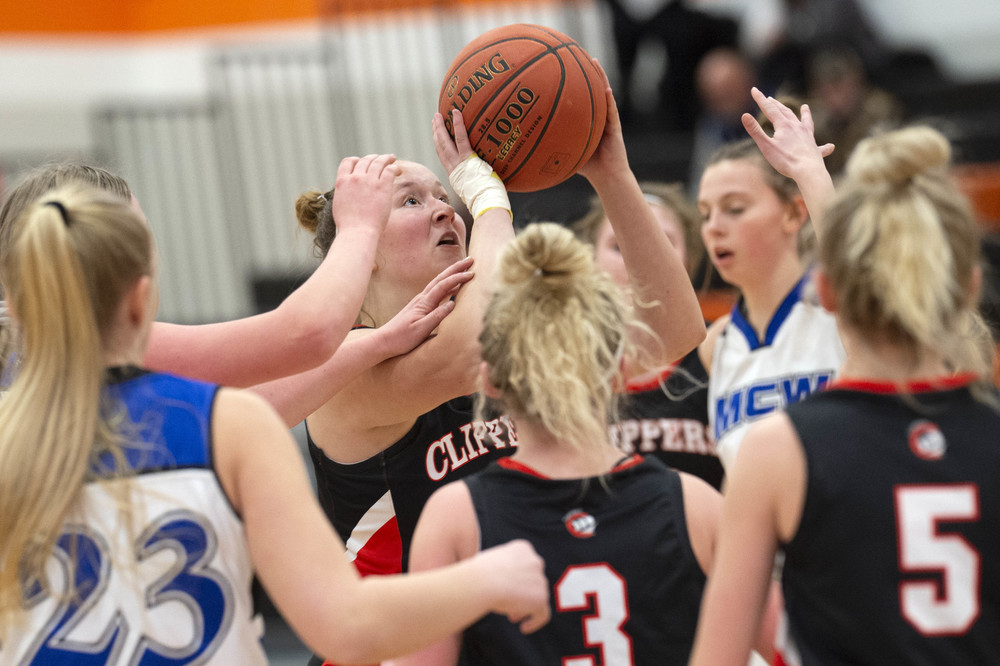 MCW comes from behind to avenge earlier loss to varsity girls

After a super slow first half on Monday, where the host Clippers led by a basket at the half, Martin County West avenged an earlier season loss with a 46-40 victory.

“It’s Martin County West,” said head coach Joe Remiger. “It's Rodger (head coach Rodger Taylor). You know they’re going to bring it. They got beat last time, and we tell the girls that, but tonight we struggled on the boards.”

The Mavericks scored first, and the Clippers finally posted a basket four minutes in when Greta Hahn clutched an offensive rebound and put it back up for a basket.

More than 2 minutes later, Sarena Remiger (above), back after missing a game with a hand injury, stepped in for injured Emma Treanor and scored the next basket and put the Clippers up 4-2.

Looping from one side of the backboard to the other, Kaylee Karels scored the next basket for the Clippers to put then in front 6-4. Driving inside, she scored again, but the Mavericks responded with a three and a free throw to take a 10-8 lead.

But with an Emily Kern free shot and a Karels bucket from behind the arc with a minute remaining, the Clippers led 12-10 at the beak.

Remiger said that Karels was trying to heal from blistered feet that she suffered last week, and daughter Sarena was hesitant due to her hand.

“We were little tentative because of that, but we’ve got to step it up.”

Kern’s jumper after an Ava Hahn pass was the first basket of the second half. Greta Hahn followed up with a jumper from the corner after Treanor swiped the ball on the other side of the court, but the Mavericks dumped in two-straight buckets to pull within a basket, 16-14.

Kern went to work after that for the next five Clipper points, but along the way, the Mavericks scored to tie the game at 21 and then followed up with a three for a lead they wouldn’t relinquish.

After Kern scored again, the Mavericks went on an 8-point run to extend their lead.

The Clippers never gave up though. Kern rebounded and scored, and Greta Hahn made a couple of drives for baskets as did Karles, and the Clippers pulled within four, 37-33 at the 2:15 mark.

But the Clippers gave up an uncontested layup after that, and with a couple of trips to the foul line, the second after a steal, the Mavericks were in front by seven.

With 1:11 left, Remiger scored from the paint, but the Clippers gave up a rebound after missed free throws and turned the ball over out of bounds, and the Mavericks put in enough foul shots to hang on for the win.

“We were struggling from the boards, and we’re setup to rebound on a free throw,” Remiger said.

Karels led all scorers with 15 points, including the Clippers’ only three. Kern had a dozen points. Greta Hahn had eight points, and Remiger had five points.

Only made a lackluster five of 15 free throws, the Clippers could have won the game from the foul line. The Mavericks put in a pair of threes and were 14 of 28 from the free-throw line.

The varsity girls are back in action today when they travel to Alden. The Knights have one win, and Cleveland beat them 48-25 earlier in the season.

Remiger was happy the Clippers got two days of practice to prepare. 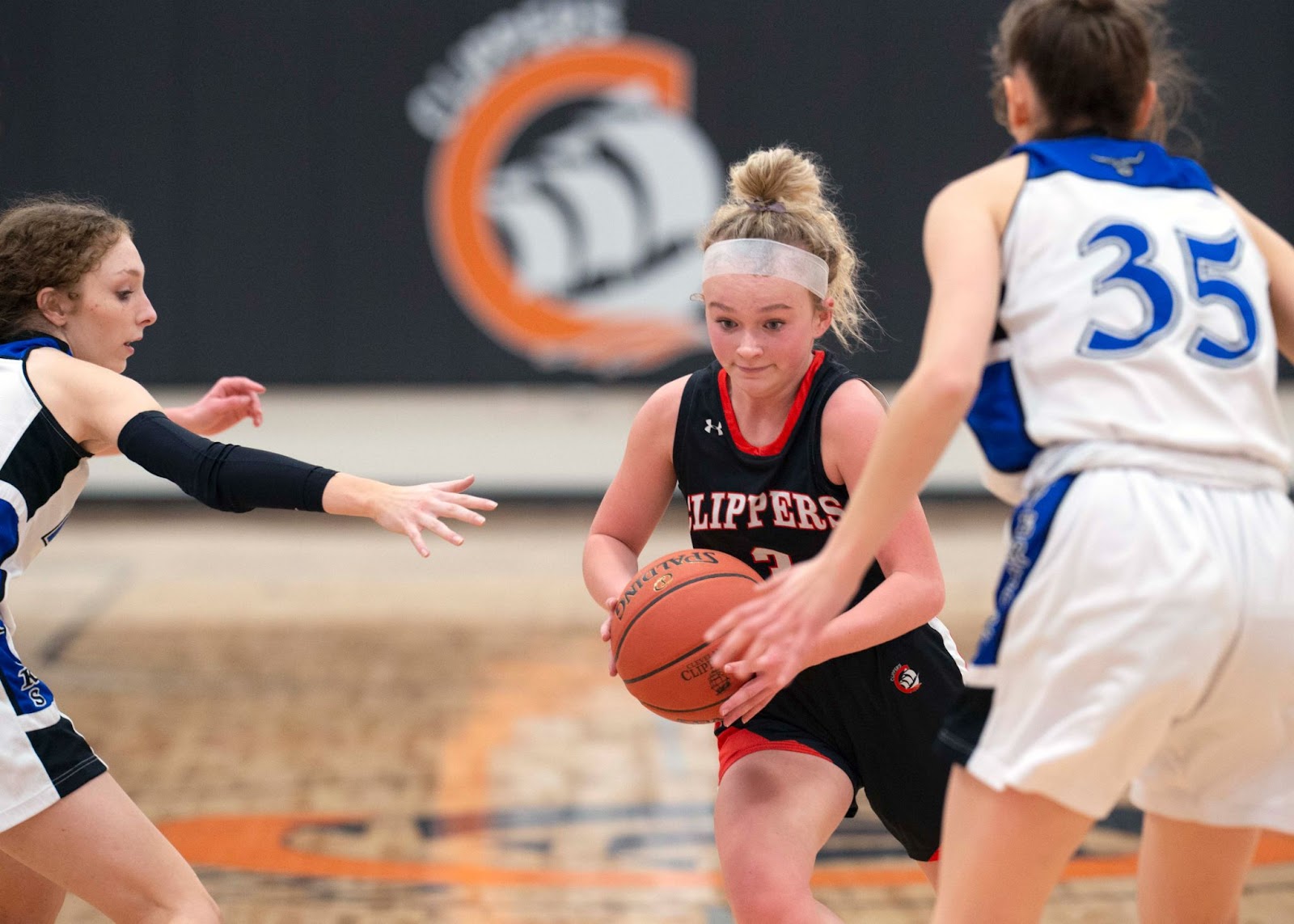 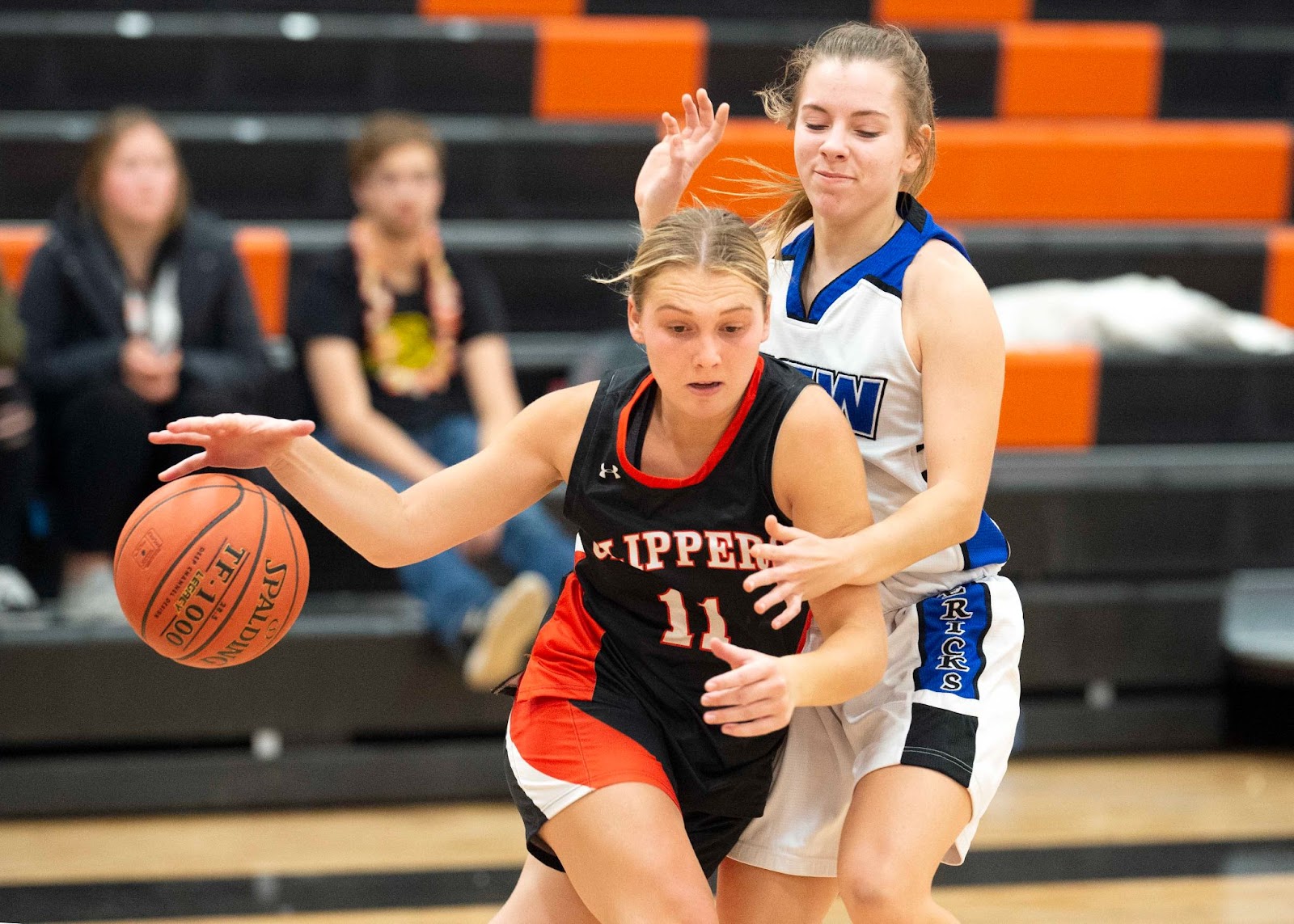 Kaylee Karles dribbles through a defender. 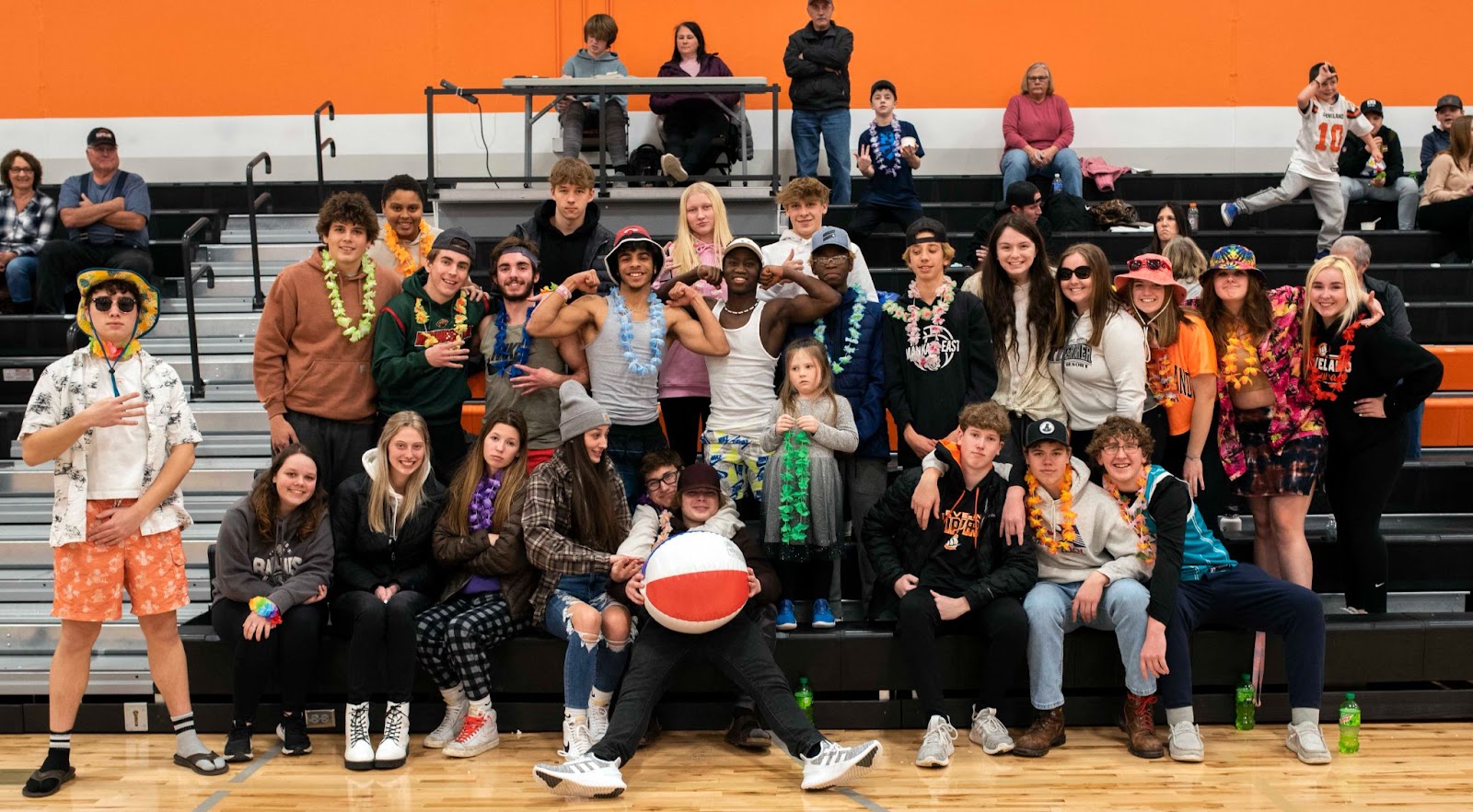 Fans in the student section looked like they just stepped off a flight from Hawaii.