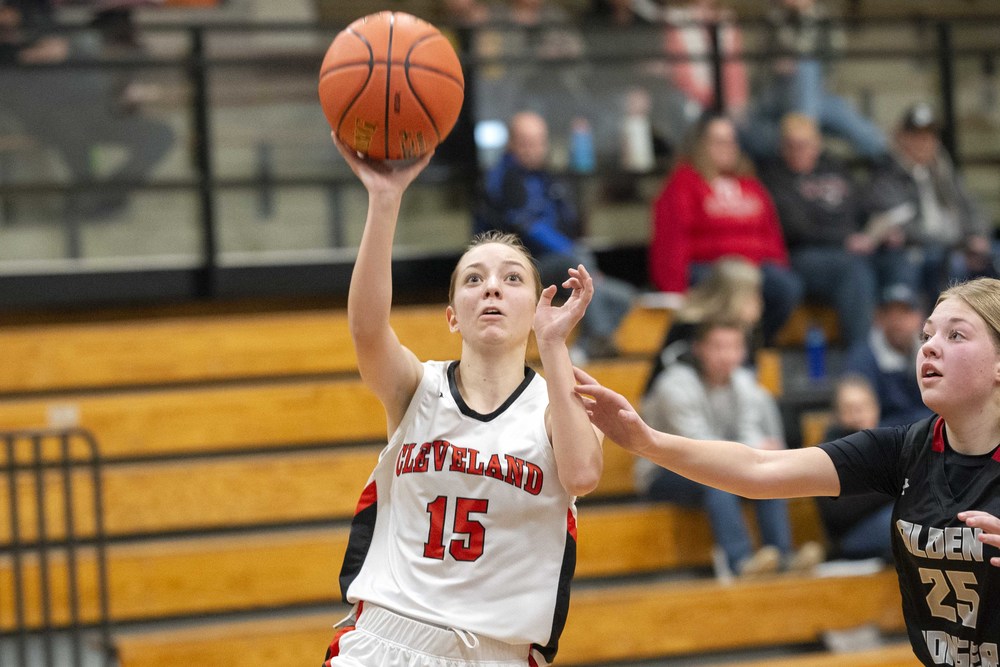 Clipper B girls up effort in Alden

Moving the ball around well, the Clipper B girls’ made a solid effort on the Alden floor on Thursday, but they ultimately were overtaken by the Knights' hot shooting and fell 56-33.

Alden-Conger/Glenville-Emmons posted the first three points but traded baskets with  Cleveland after that. With a jump shot and then after an offensive rebound, Ava LaFrance (above) scored the first two baskets for the Clippers.

After Addi Holden took an in-bounds pass in for a basket and Lacey McCabe drove inside for a score, the Clippers trailed by a point, 9-8.

The Knights hit a two and a three, but so did the Clippers when LaFrance put in a two from the perimeter and Asia Kern hit the first of a trio of threes she would have in the outing.

But the Knights scored six of the next seven points to lead 20-14 at the break.

After the Knights scored inside to start the second half, Kern plopped in another three, and the Knights responded with a two and a three. Lacey McCabe took a pass from her sister Mariah McCabe in for a basket, but the Knights hit another three to go in front 30-21.

Mariah McCabe drove inside and Kern sunk another three to pull the Clippers within seven, 32-25, but the Knights got hot from there, outscoring the Clippers 24-8 to seal the victory.

LaFrance had a dozen points in the effort including a three-point basket. Kern added nine points. Lacey McCabe had eight points. Holden and Mariah McCabe each contributed a basket. The Clippers made half of their 10 foul shots.

The Knights hit six shots from three-point land and made four of seven free shots.

The B girls return to action on Friday when they travel to Martin Luther school in Northrop. 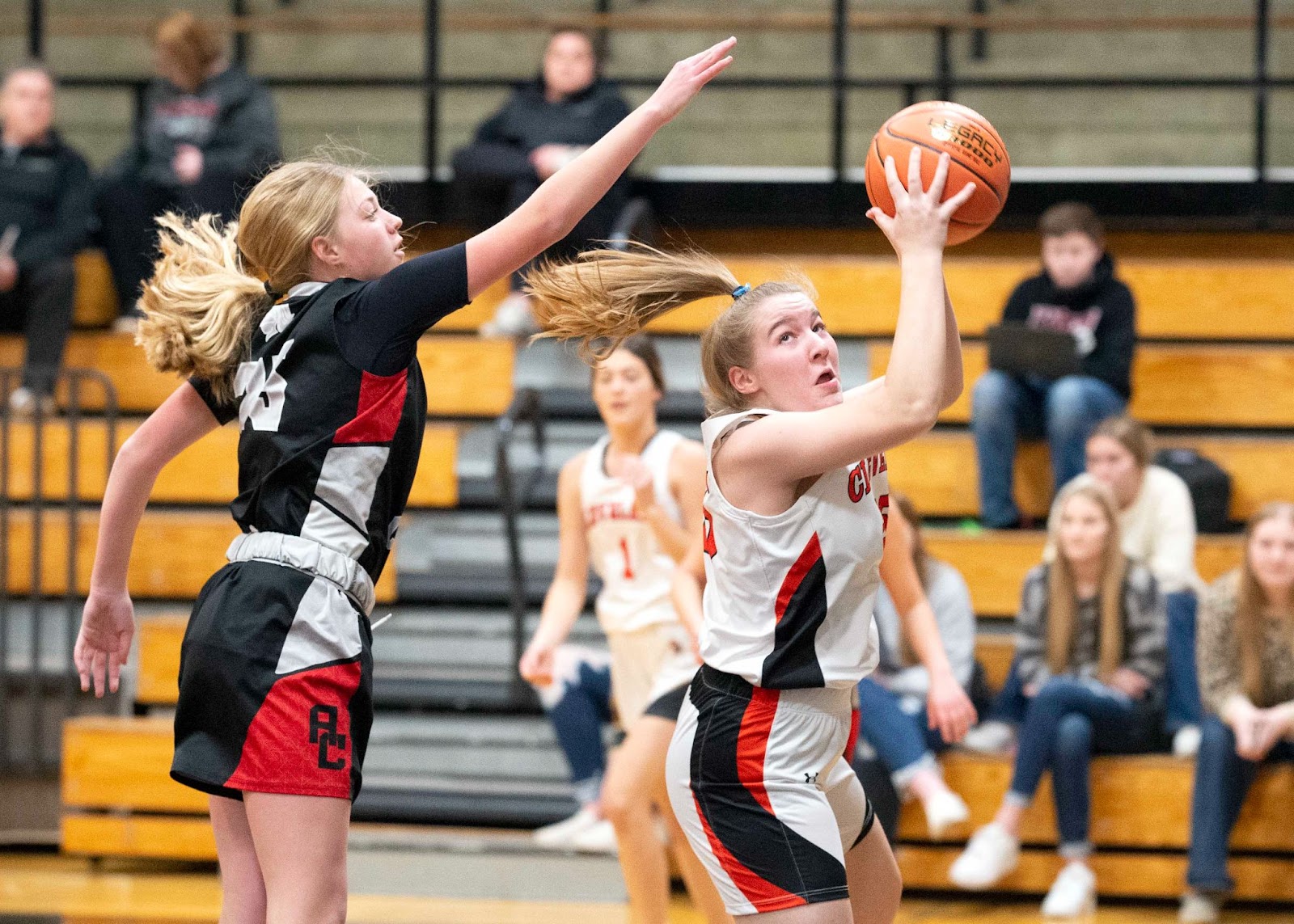 Micah Peterson sets her sights on the basket. 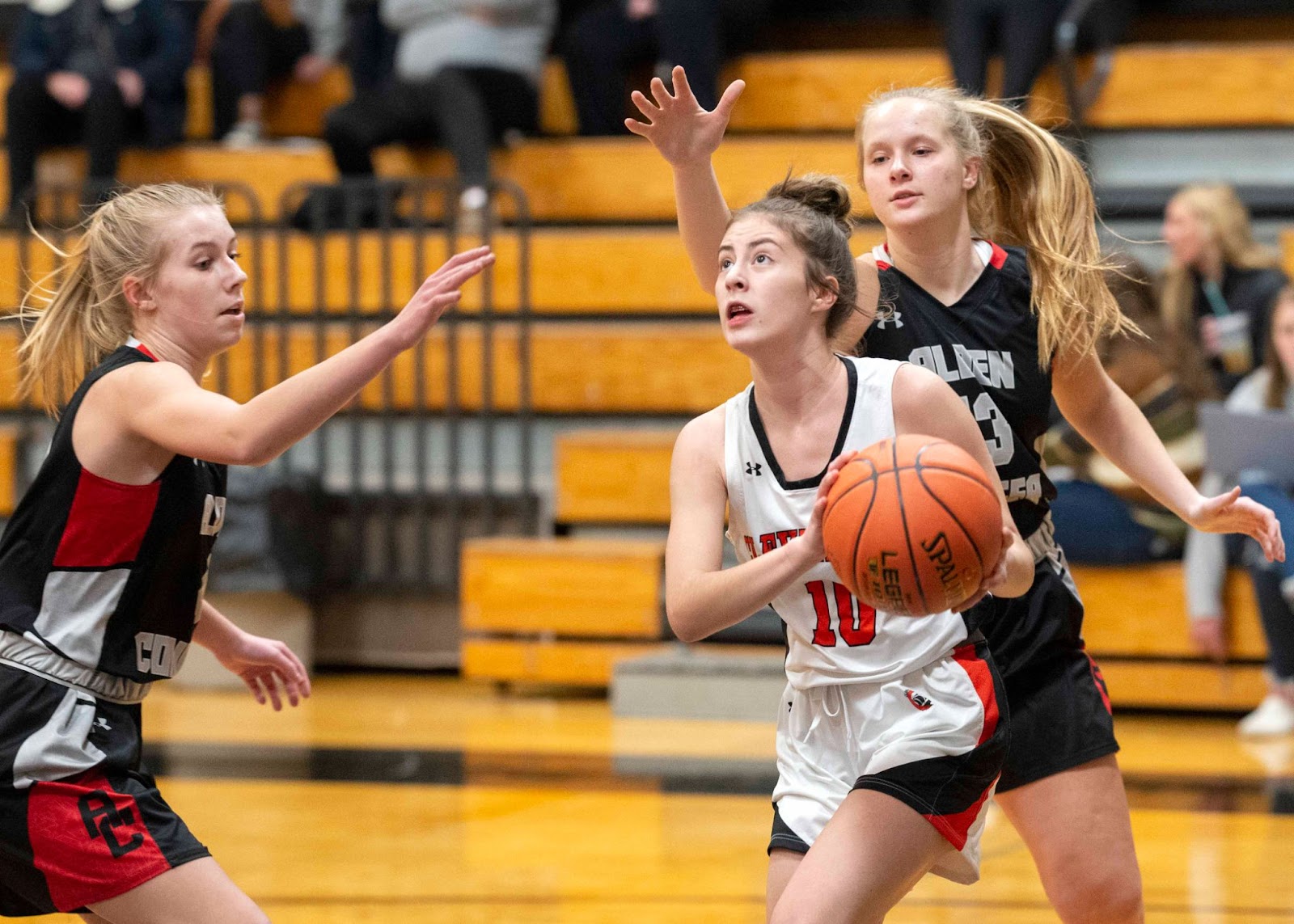 Lacey McCabe moves inside for a shot