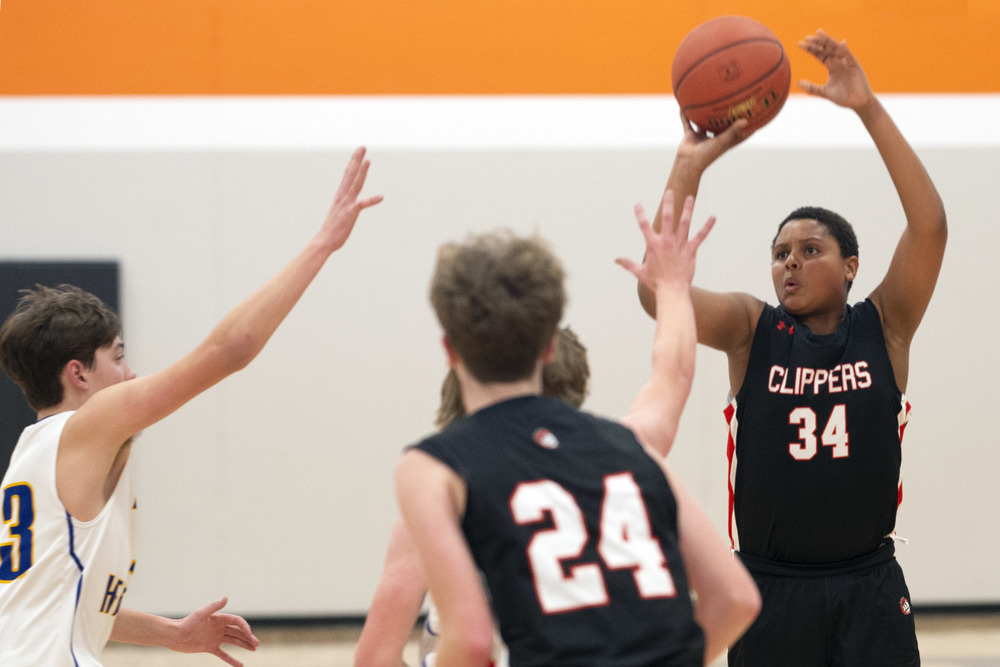 Had the B boys halfway been able to protect the basketball in the second half…to put up some shots instead of turning it over on a silver platter…they might have come out on top against visiting Le Sueur-Henderson on Monday.

Kyle Connor scored the game’s first bucket. Kale Kelley made Clipper points five and six, and Connor scored again for points nine and 10, but the rest of their first-half scoring was from players who only were out on the floor for the first half: Blake Lyons posted 13 points, Colin Krenik put in a two and a three for five points, and Gabe Sullivan scored a pair of basket for four points.

Jaden Miller made both halves of a two-shot foul after the break, but from there the Clippers committed double dribbles, passes out of bounds, travels, and a bevy of throws into the hands of the Giants, and they quickly lost the lead.

Alex Johnson (above) put up a hat trick of threes, Connor pulled down an offensive rebound and scored on a backwards layup, and Wyatte Devens hit a pair of foul shots and a basket from the floor, but that was it for the Clipper scoring.

Johnson had nine points in the effort. Connor finished with six points. Devens had four points. Kelley and Miller each had two points.

The Giants put in three three pointers and made 16 of 24 free shots. The Clippers made four baskets from over the arc and were five of six from the foul line.

The B boys travel to Nicollet on Thursday. 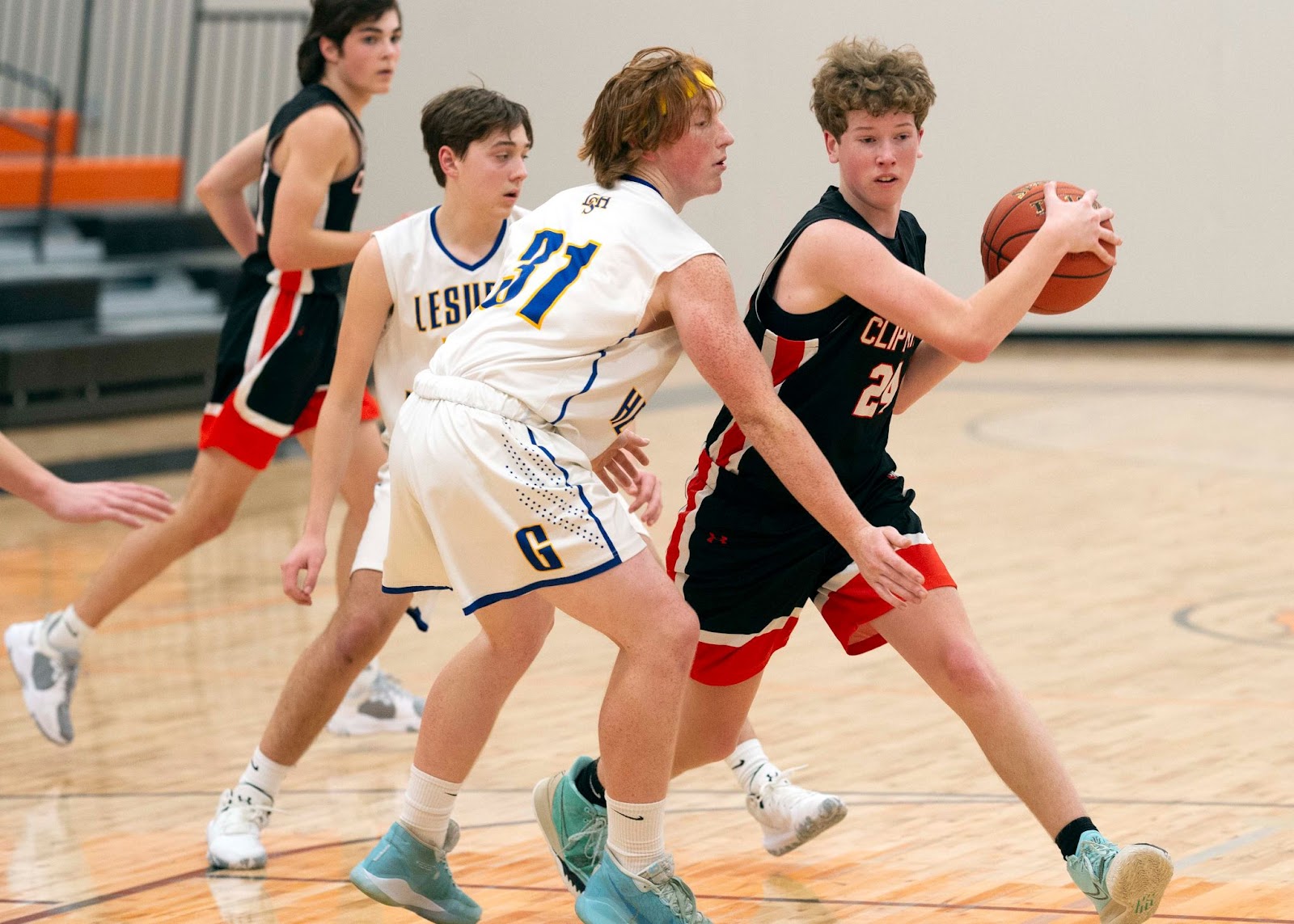 Kyle Connor swings the ball inside. 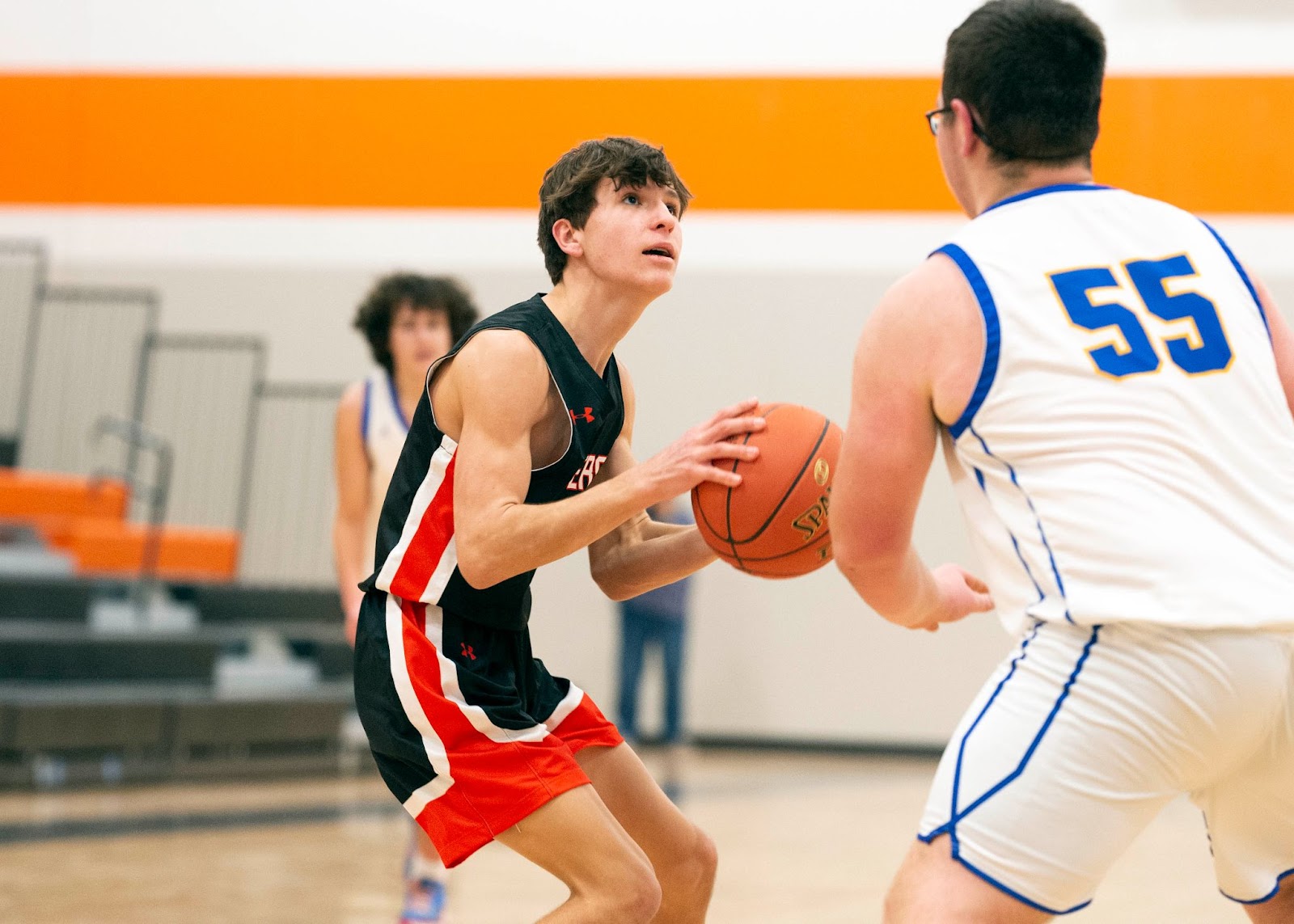 Kale Kelley set up for a shot.