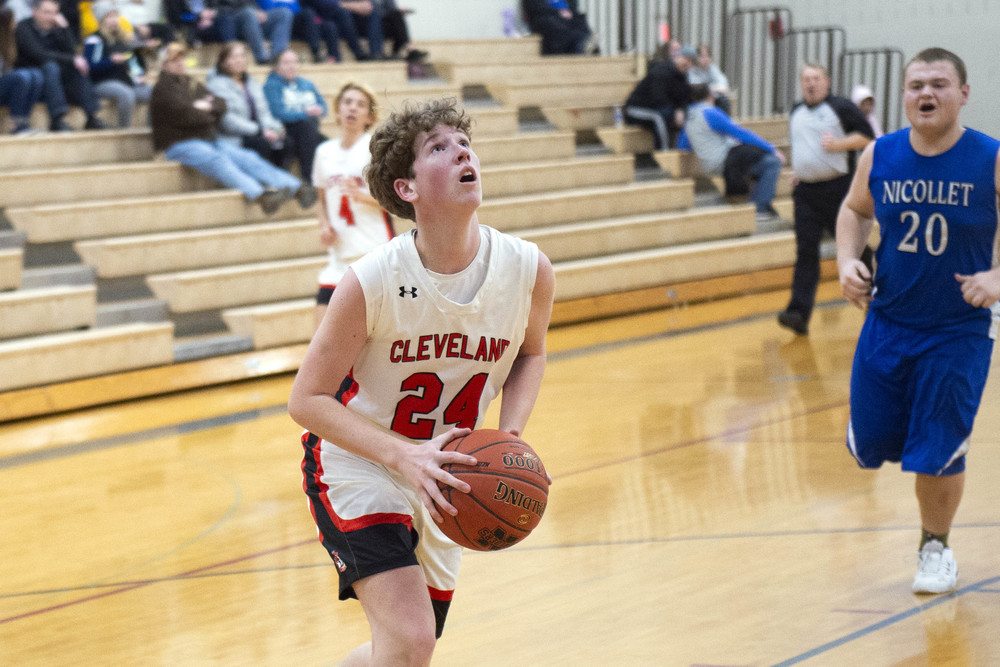 Opposite their usual pattern, the B boys outscored their opponent in the second half but still lost 36-27 on Thursday when they took on host Nicollet.

Blake Lyons put in the first two Clippers baskets and had eight points before exiting the game at halftime. Jaden Miller and Jorden Rossow each put in a three, but the Clippers trailed 28-18 at the break.

The second half was a defensive battle with the Clippers scoring nine points, one more than the Raiders. All but two of them came off the hands of Kyle Connor (above). Rossow put in the other two points.

Nicollet scored the first bucket of the second half after Cleveland turned the ball over on a double dribble. Connor took an Alex Johnson assist in for the first Clipper second-half basket before Rossow scored.

Taking advantage of a Clipper turnover on a travel call, Nicollet went up 32-20. Connor slid a Kale Kelley toss inside for a score and followed up with another basket from under the net for the game's final four points.

Connor, who made the Cleveland's only attempt from the charity line, led the Clippers with nine points. Miller and Rossow both ended the night with five points.

Nicollet made six three pointers and, an oddity, did not go to the foul line.

The B boys host St. Clair on Tuesday. 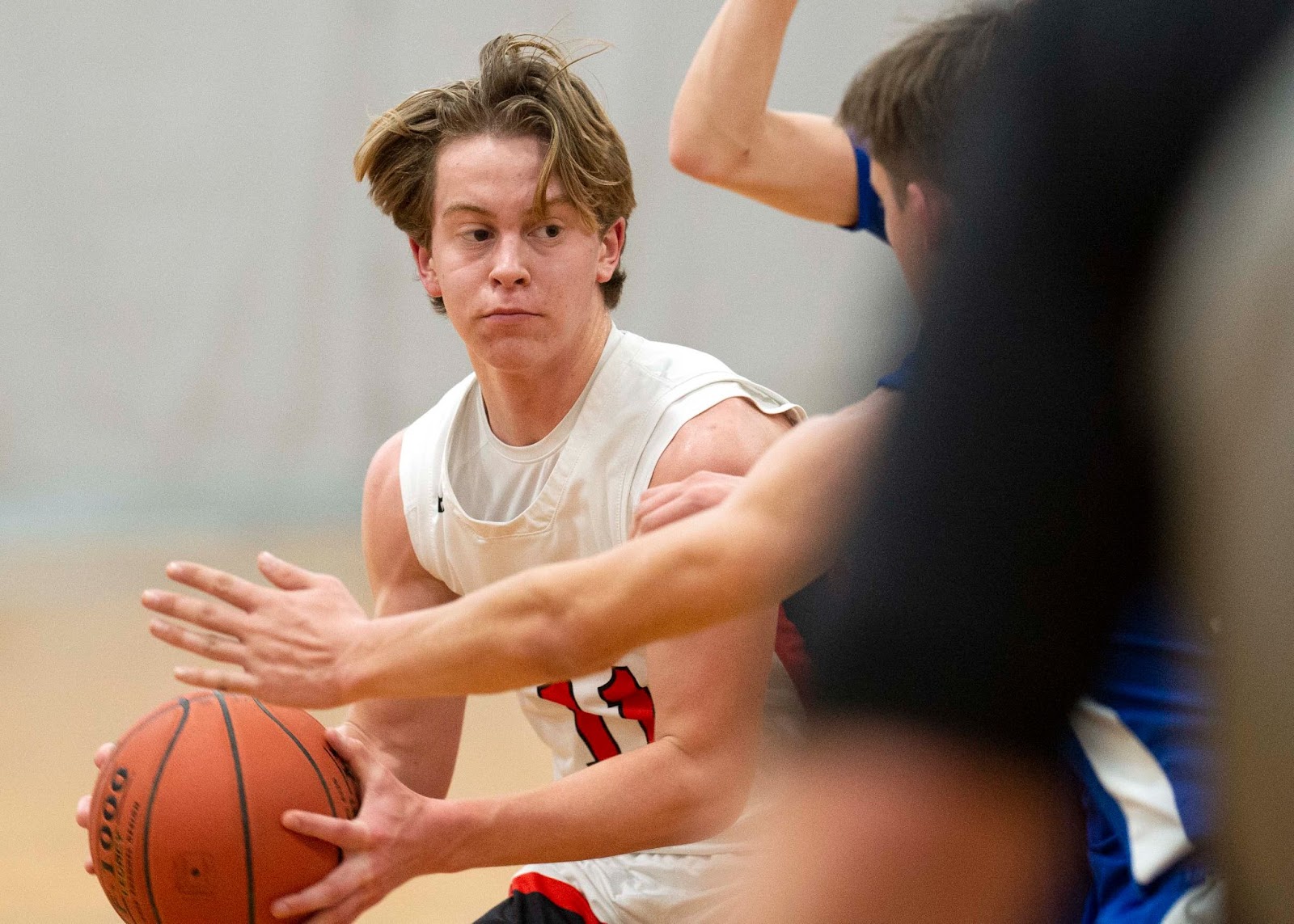 Blake Lyons had eight points in one half played. 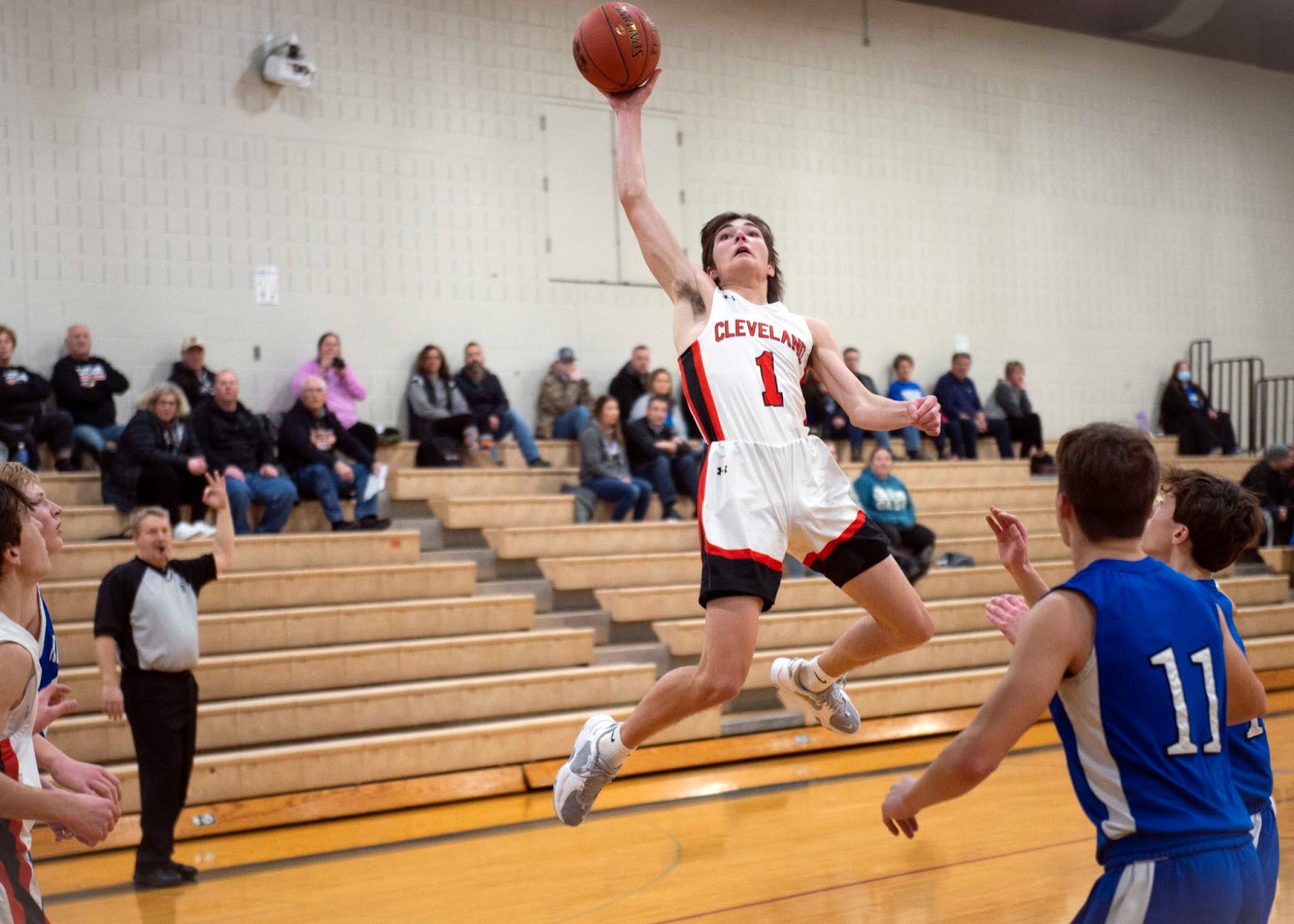 Jaden Miller goes up high for a shot.