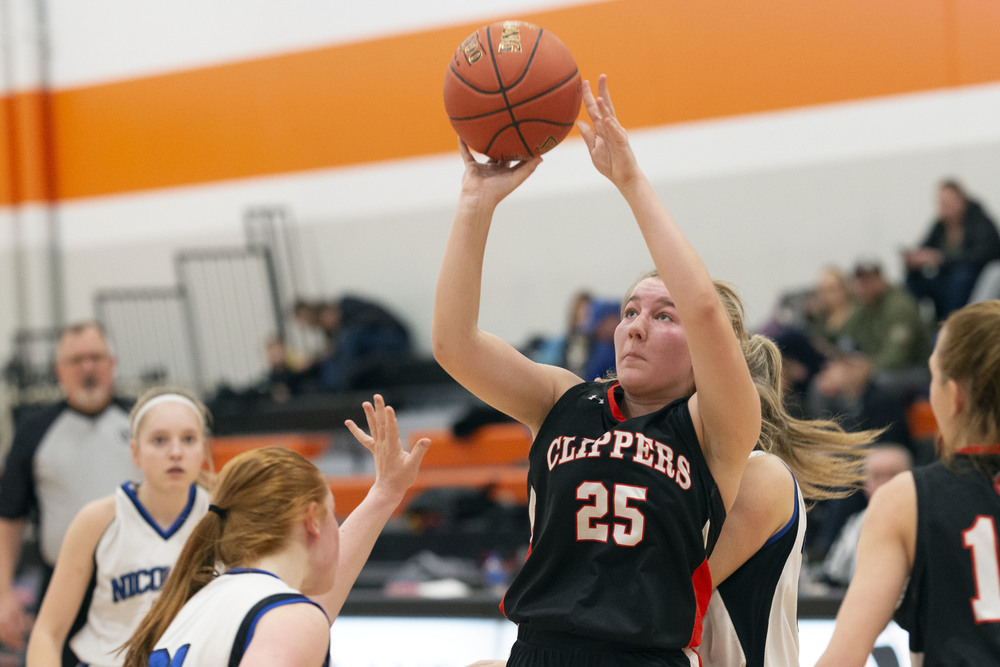 B girls fall to Nicollet

Three varsity players, Ava and Greta Hahn and Laci Hollerich, each played a half in the B-squad game on Monday, but the Clippers still fell to visiting Nicollet 35-22.

Hollerich’s trio of two pointers were the only Clipper baskets from the floor in the first half. Brooke Borgardts and Ava LaFrance each made a free throw, and the Clippers trailed 23-8 at the break.

Addi Holden took a Greta Hahn handoff up and in for the first basket of the second half. Ava Hahn scored on a baseline drive and a free shot, and Greta Hahn drove in for a basket, but Nicollet took advantage of a couple of Clipper passes that trickled out of bounds to score four points in the mix and then added four more to go up 31-15.

Later, Micah Peterson (above) and Asia Kern scored form the baseline, and Greta Hahn arced in the Clipper’s only three, but the Raiders fought off any Clipper rally and hung on for the win.

Hollerich led the effort with six points. Greta Hahn had five points. Holden, Peterson and Ava Hahn each put in a basket. Borgardts and LaFrance each added a point.

The Clippers were three of nine from the foul line. The Raiders had a pair of three-point baskets and were five of 12 from the free-throw line.

The B squanders are off until Monday, February 7 when they host Lake Crystal/Wellcome Memorial. 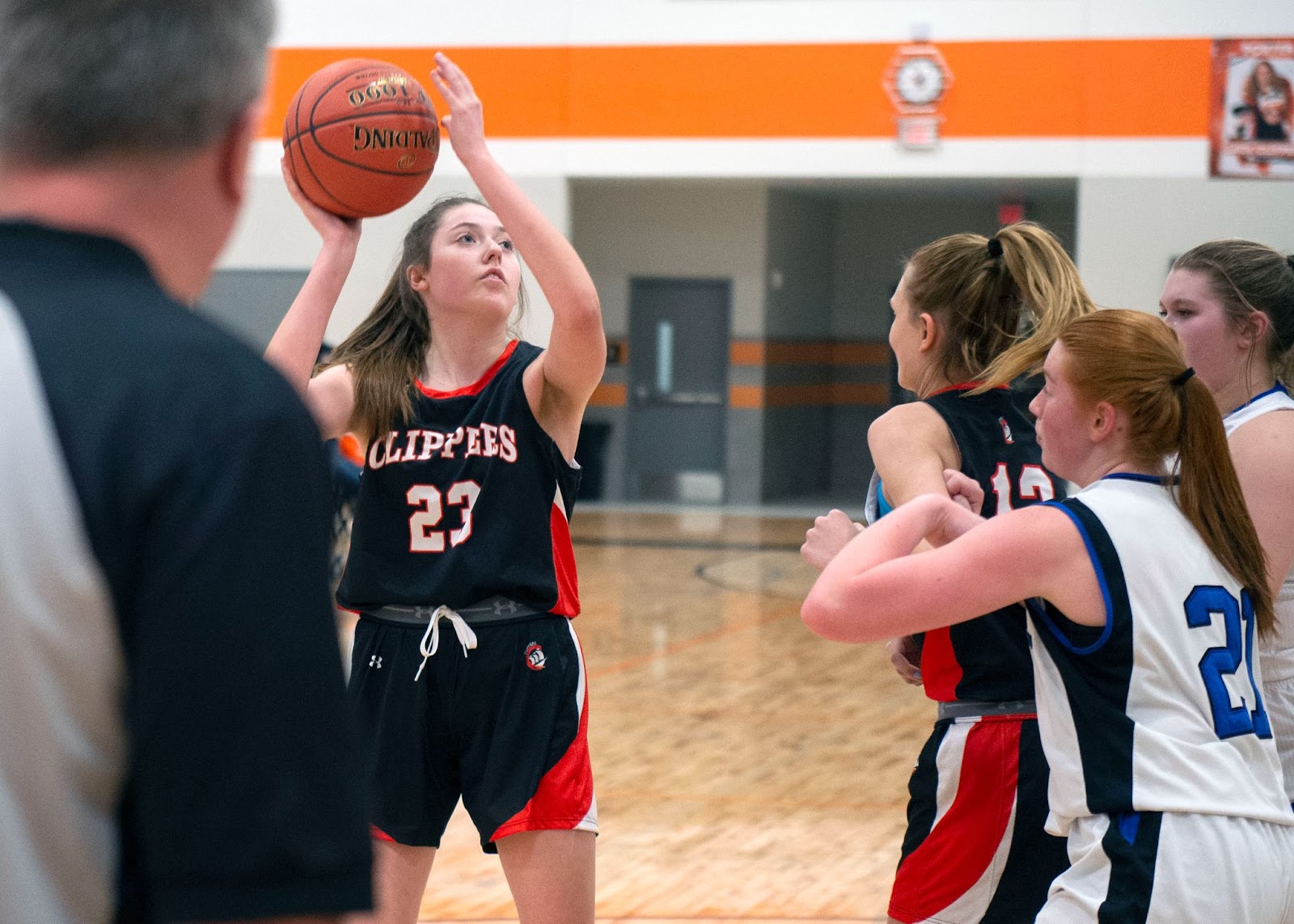 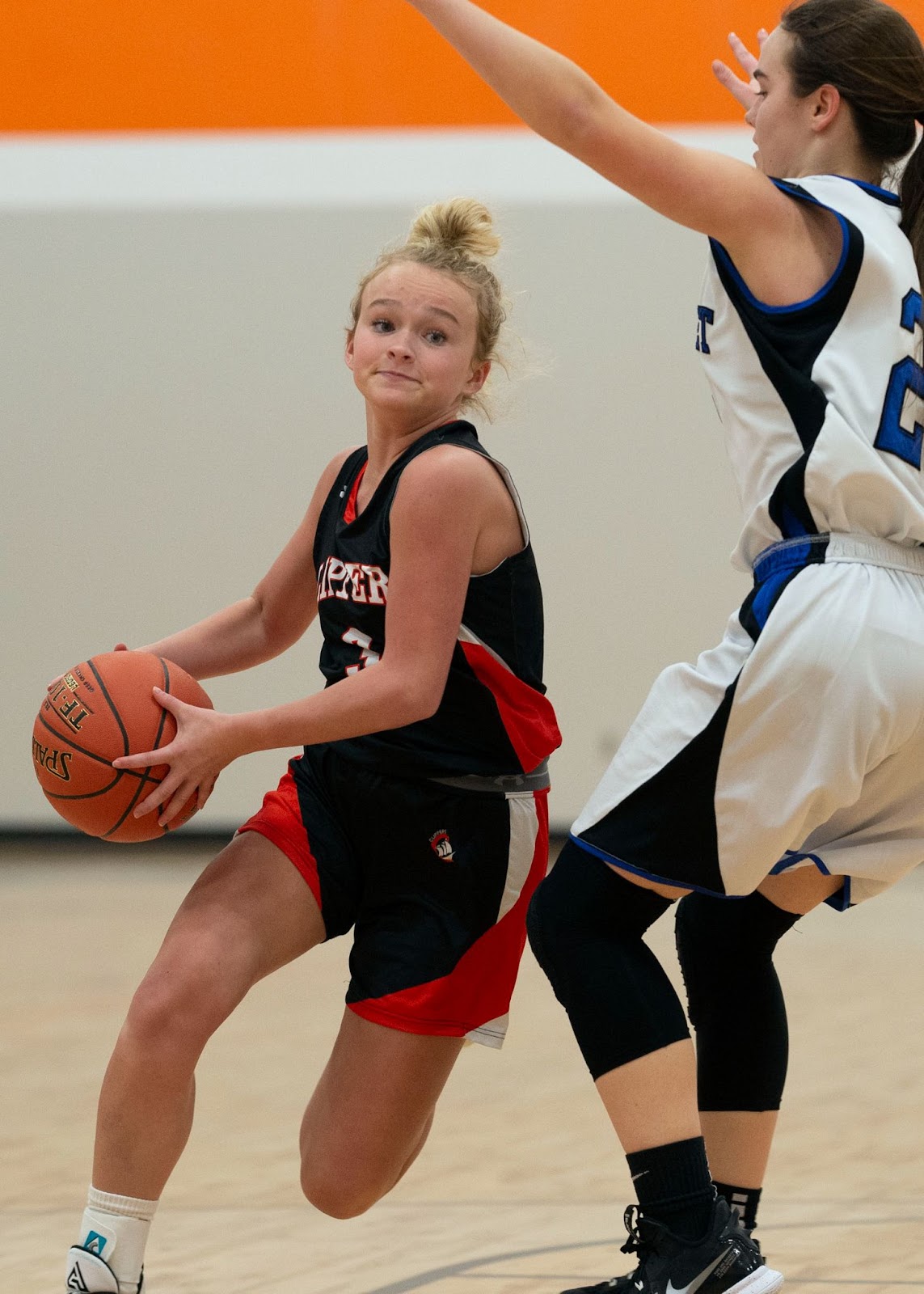 Greta Hahn drives toward the rim. 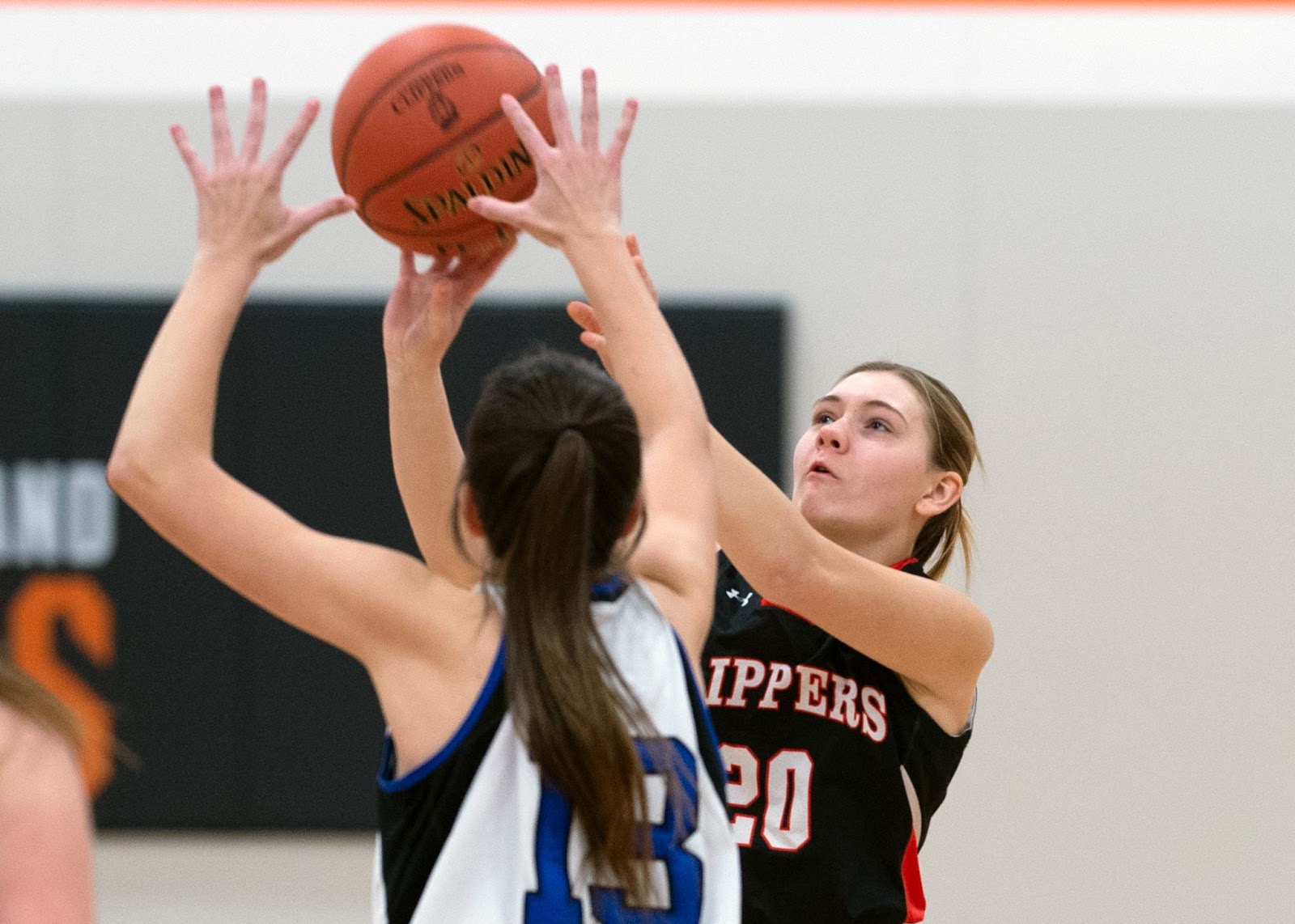 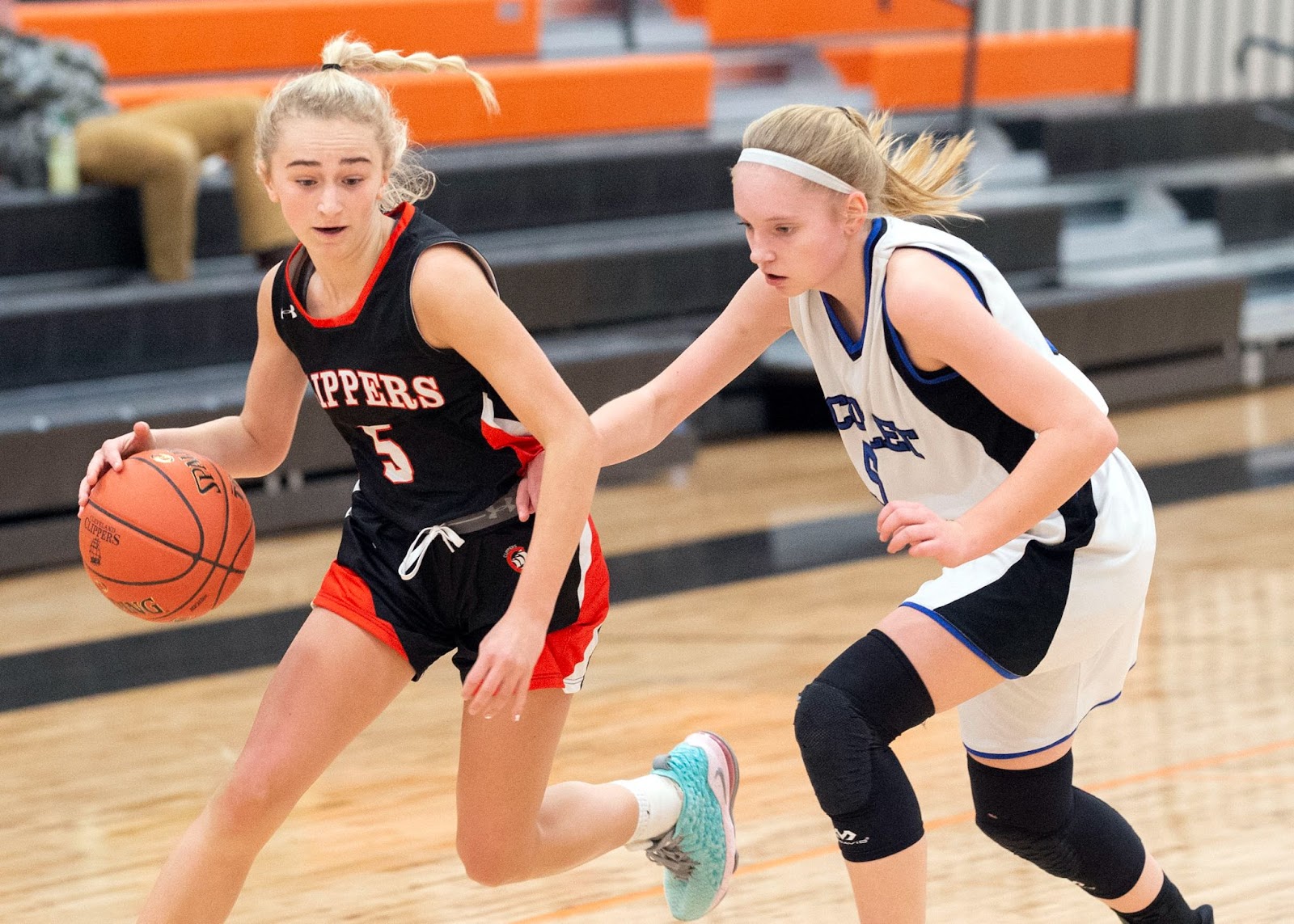 Ava Hahn dribbles in front of a defender.