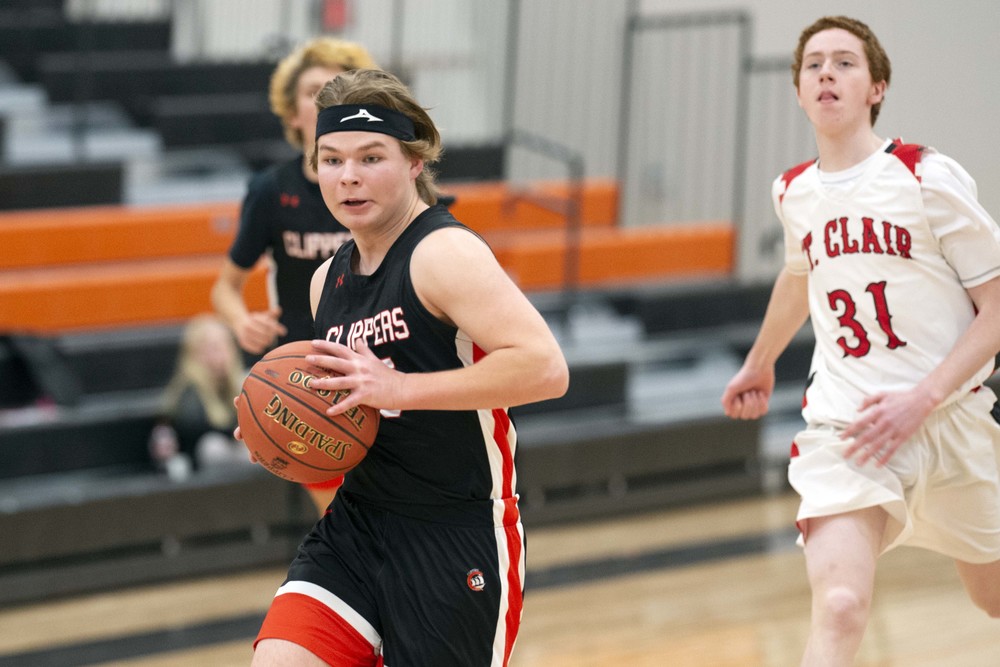 St. Clair bettered the Clipper B boys 62-32 on Monday.

Back in action after more than a month, Ethan Fuller put in a pair of free throws for the first Clipper points. Gabe Sullivan sunk a three, but the Cyclones went in front 11-5 before Sullivan scored from inside.

After Kale Kelley rebounded and scored and Sullivan plopped in a jumper, the Clippers knotted the game at 11, but St. Clair responded with a two and a three to regain the lead.

Jaden Miller scored the next five Clipper points, first with a free throw and then with a couple of layups, the second after he stole and drove the floor. Jorden Rossow put in a three, and Fuller took in a Sullivan toss in for a bucket.

With a basket at the buzzer, the Cyclones were in front 32-21 at the break.

St. Clair limited the Clippers to 11 points in the second half. Miller put in a three while Kelley, Fuller and Brady Bostic (above) each put in a two-pointer and Kyle Connor made a pair of free shots.

Miller led the effort with eight points. Sullivan had seven points in one half played. Fuller had six points. Kelley scored four points. Rossow had three points, and Bostic and Connor each added two points. 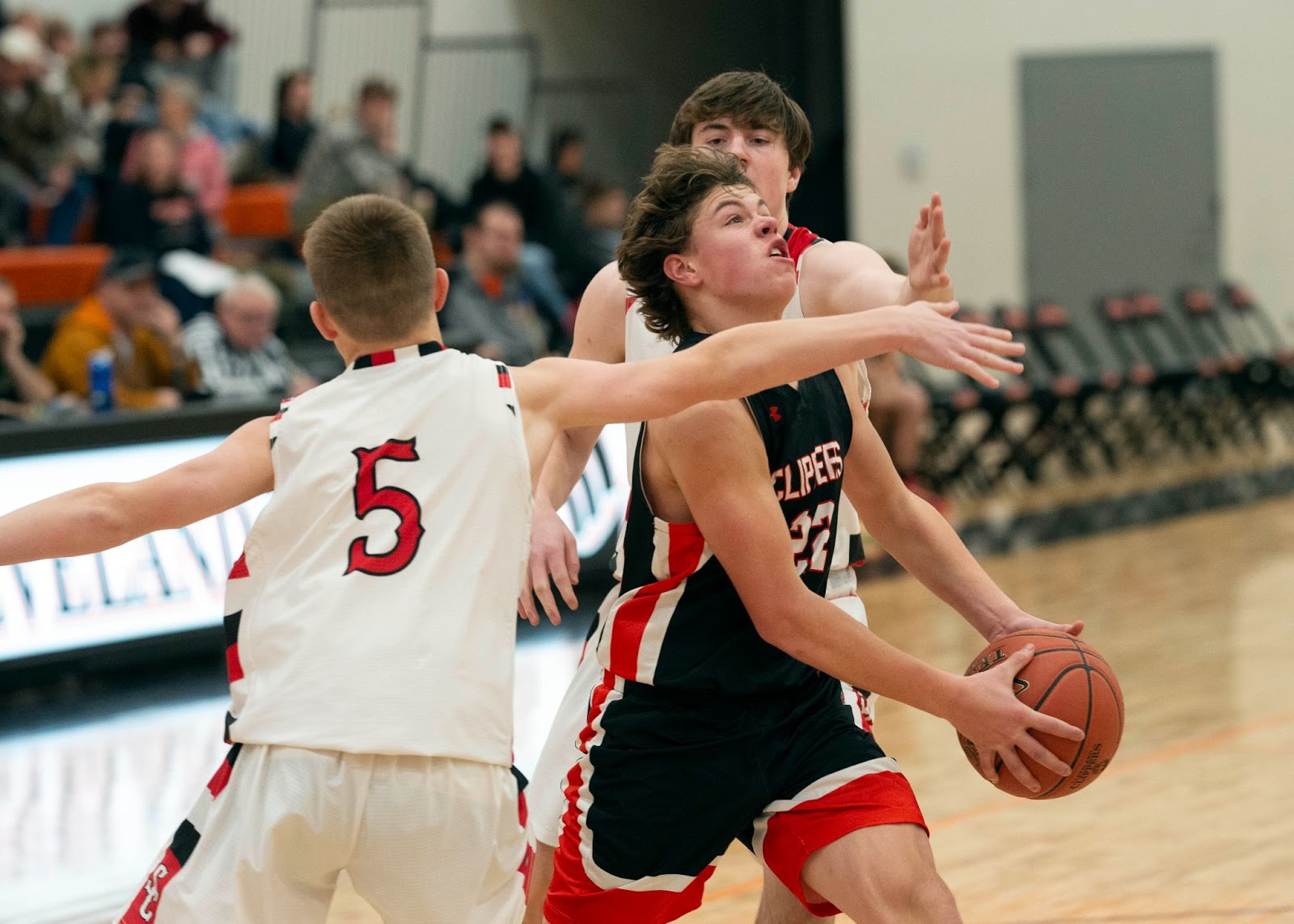 Gabe Sullivan busts through a pair of defenders.