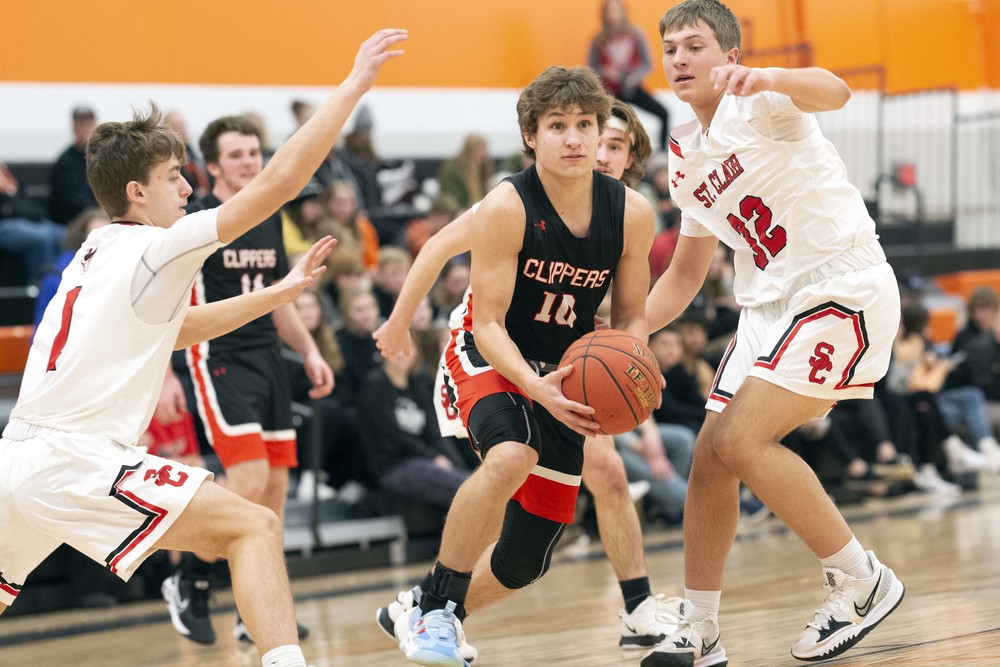 Best known for waving runners around third base, especially Minnesota Twins, St. Clair coach Gene Glynn came to town on Friday and put his varsity boys in motion for an easy 78-28 victory.

St. Clair pressed from the get-go, and the Clippers had trouble breaking it, especially with point guard Carter Dylla out with an illness.

“Team’s like this are tough to play, especially when they come out with that ball pressure right away,” said head coach Mike Meyer. “We haven’t struggled with it a whole lot this year besides Loyola at the beginning of the year, but with the rest of the teams that pressed us, normally between Carter and Braeden (Hastings) they can get pretty good penetration and break it down pretty easily, but tonight we really struggled with that, and that’s how they got out to a big lead.”

With the Clippers down 15-0, Hastings (above) put in a couple of free throws at the 14:30 mark to finally get the Clippers on the board.

Lucas Walechka fought for a couple of baskets inside, Wyatte Devens and Kolby Gens each put in a free throw, and Gens arced a three late in the first half, but the Clippers trailed 43-11 at the intermission.

“In the first half, I was really disappointed with our effort,” Meyer said. “I thought we kind of rolled over. The second half, there was some improvement, but we can do a lot better than we did tonight, at least with our effort. It’s tough to play when your leader is out, but someone has to find it in them to lead the team when Carter is gone.”

After the Cyclones scored the first five points of the second half, Gens and Walechka each scored from three-point terrain. Colin Krenik’s three was the next Clipper basket.

Later, Hastings put in a free throw, Walechka pulled down an offensive rebound and scored, and Hastings drove for a basket. Walechka put in a basket and made the ensuing free throw for the final Clipper points.

Meyer pointed to the play of a pair of younger players off the bench.

“We had some guys who put in some great effort tonight, especially Gabe Sullivan and Kale Kelley, who got his first shot on varsity, and he came in and played really hard. I was really proud of them, especially for being young guys."

The Cyclones, who lost in the Valley to Martin County West and Mankato Loyola, were without injured leader Connor Andree. They scored three three-point baskets and were 15 of 20 from the free-throw line. The Clippers made six of nine free throws.

The Clippers are back in action on Friday when they take on Truman/Martin Luther/Granada-Huntley-East Chain. The Clippers fell 91-50 to the Jaguars earlier in the season. 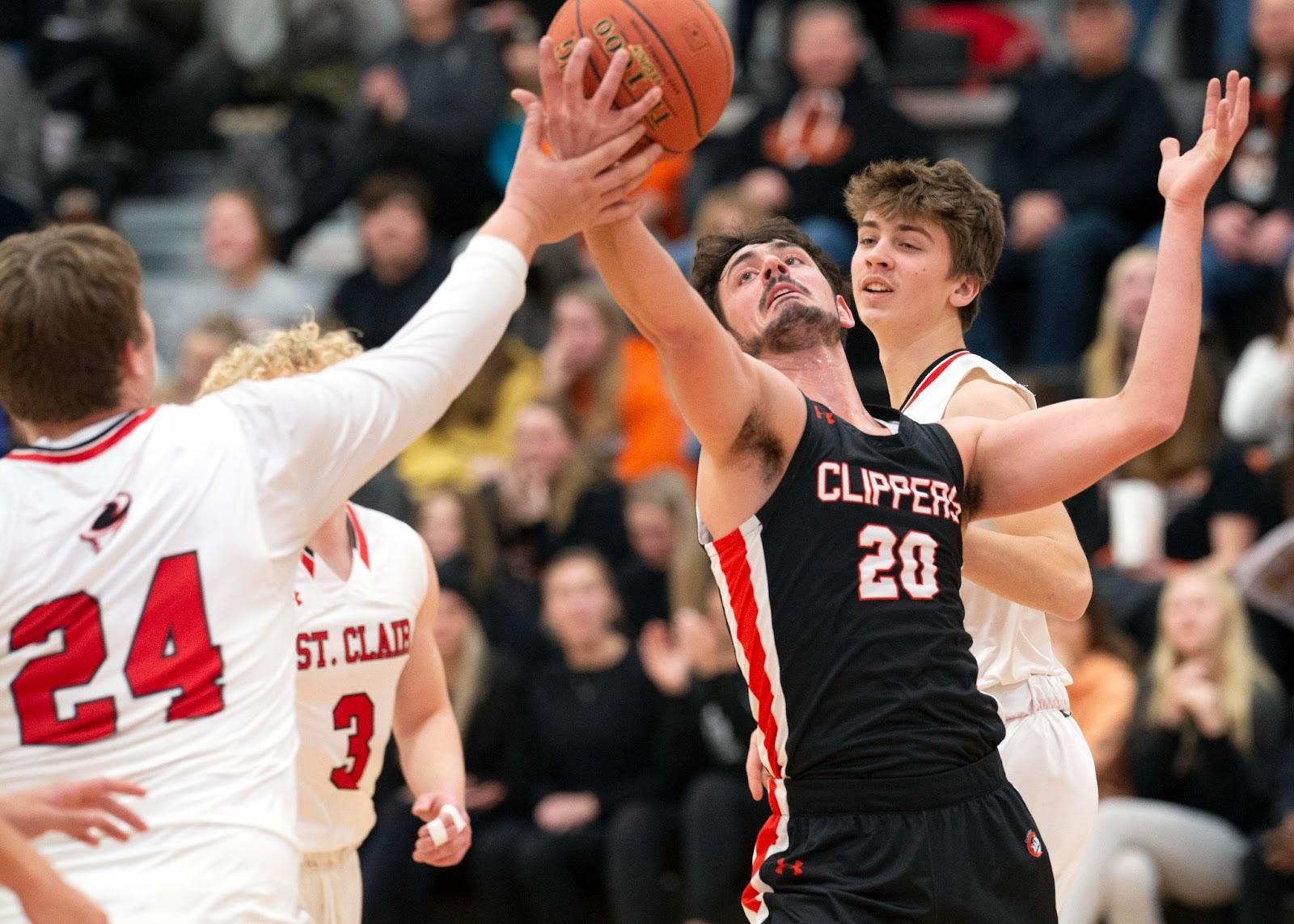 Kolby Gens stretches for a rebound. 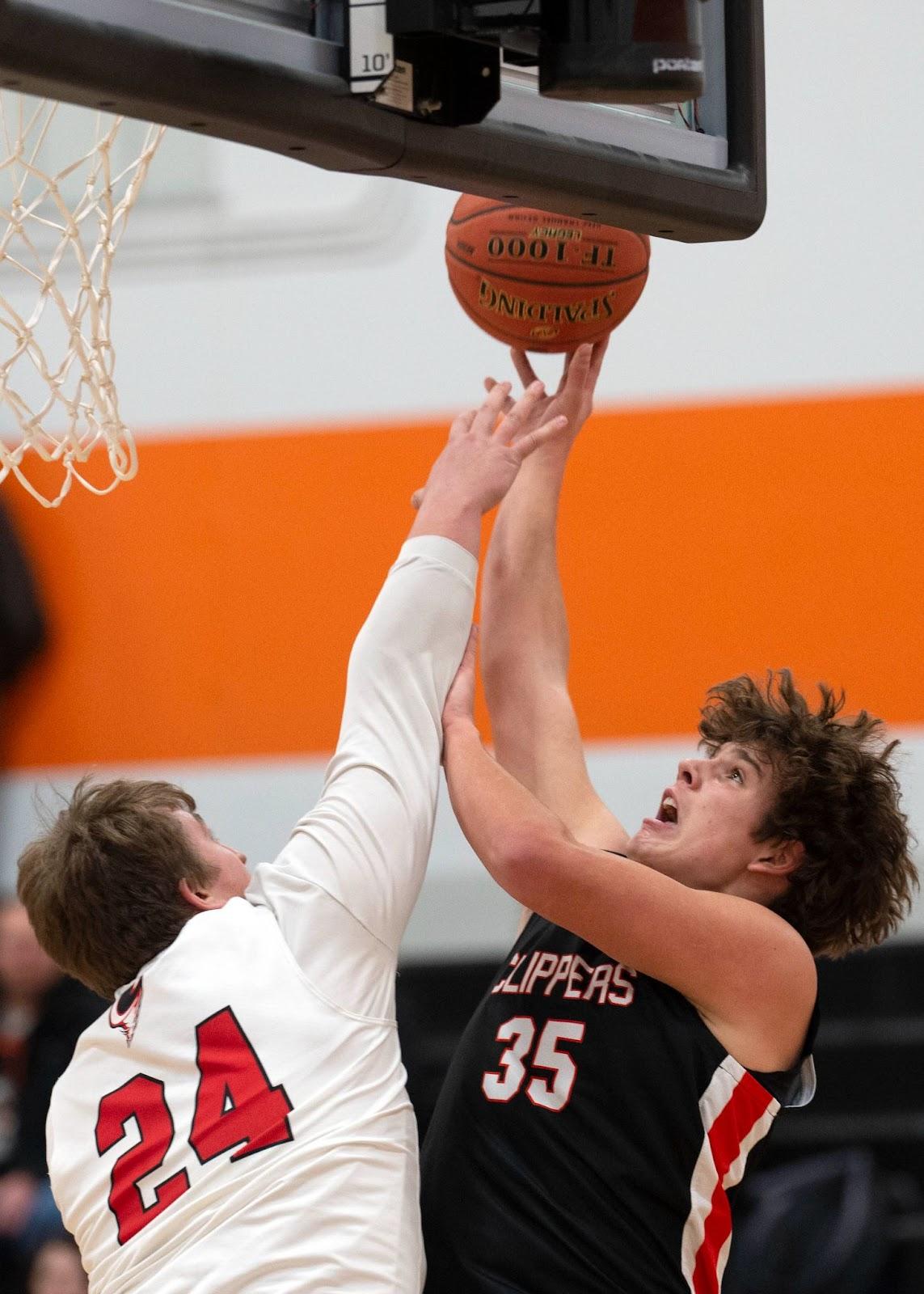 Lucas Walechka goes up to the backboard. 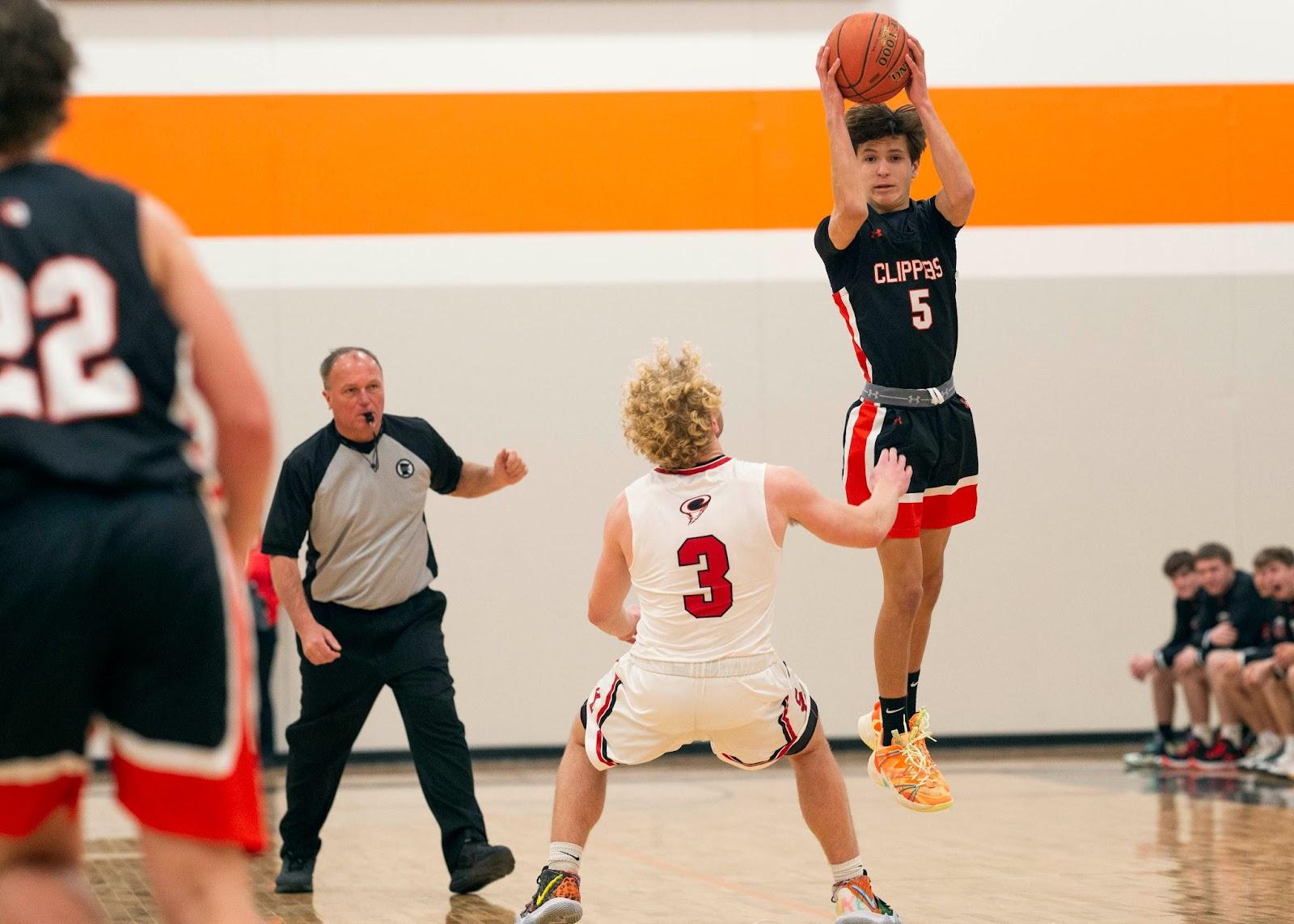 Freshman Kale Kelley made the big leap to varsity ball. 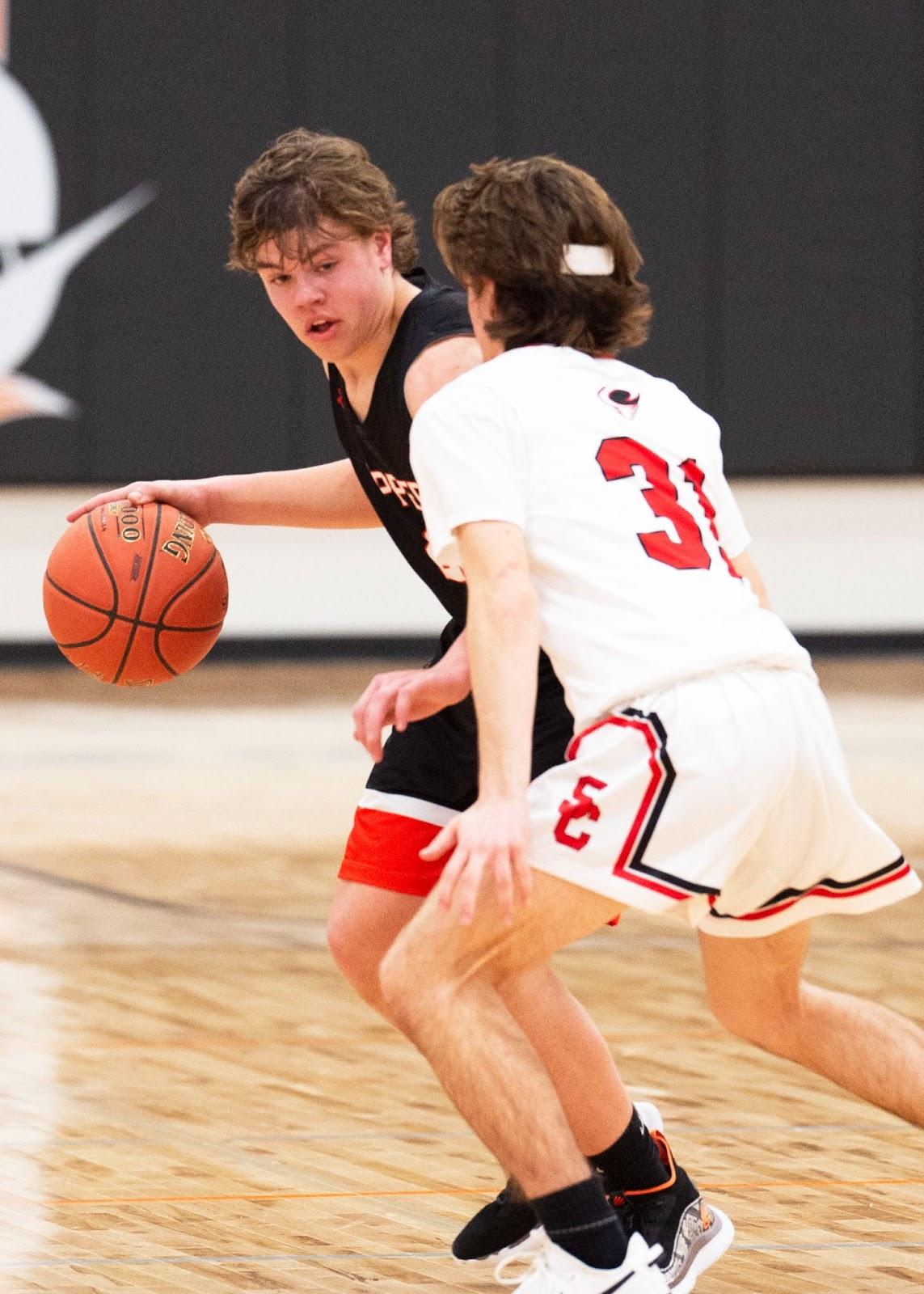 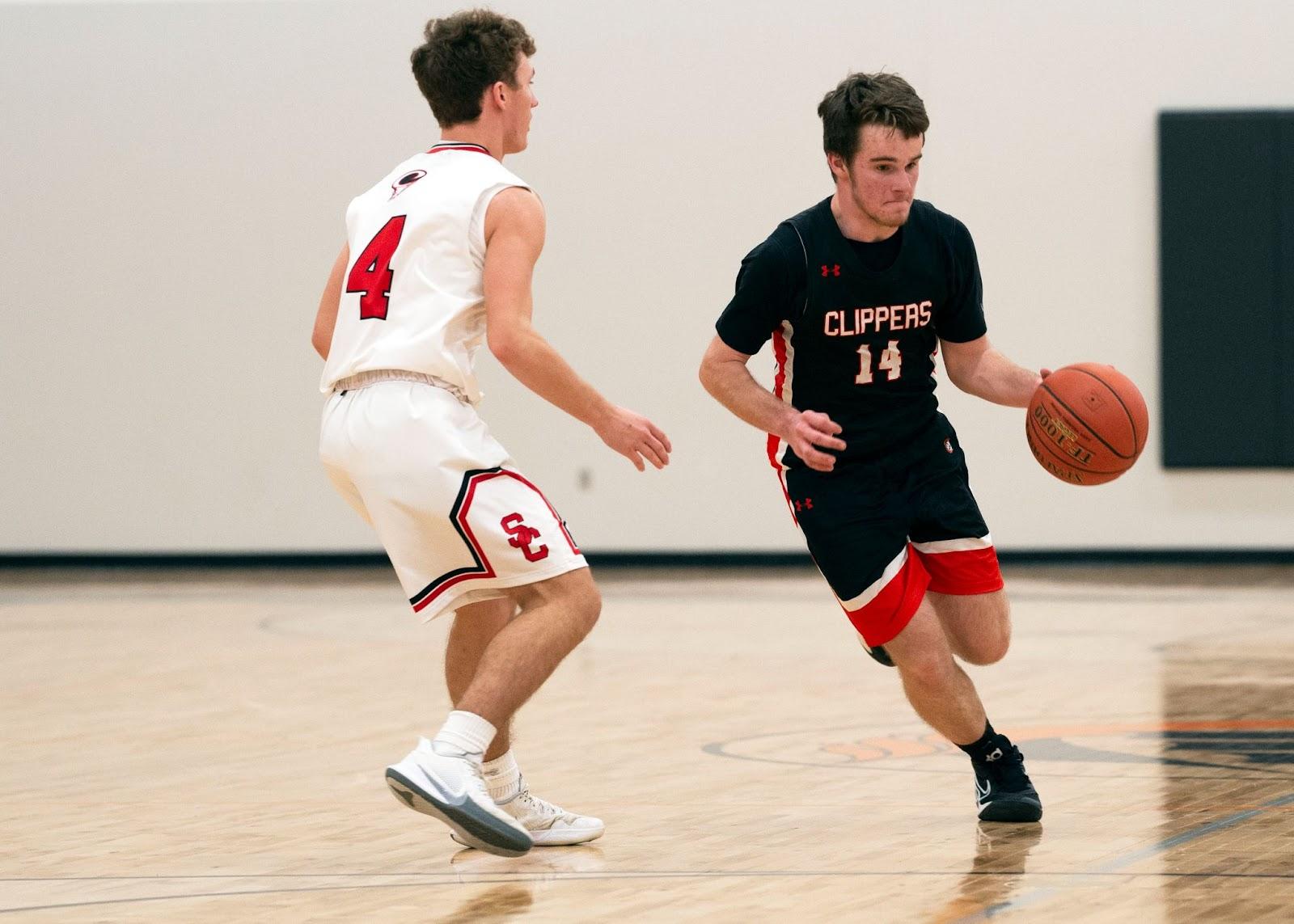 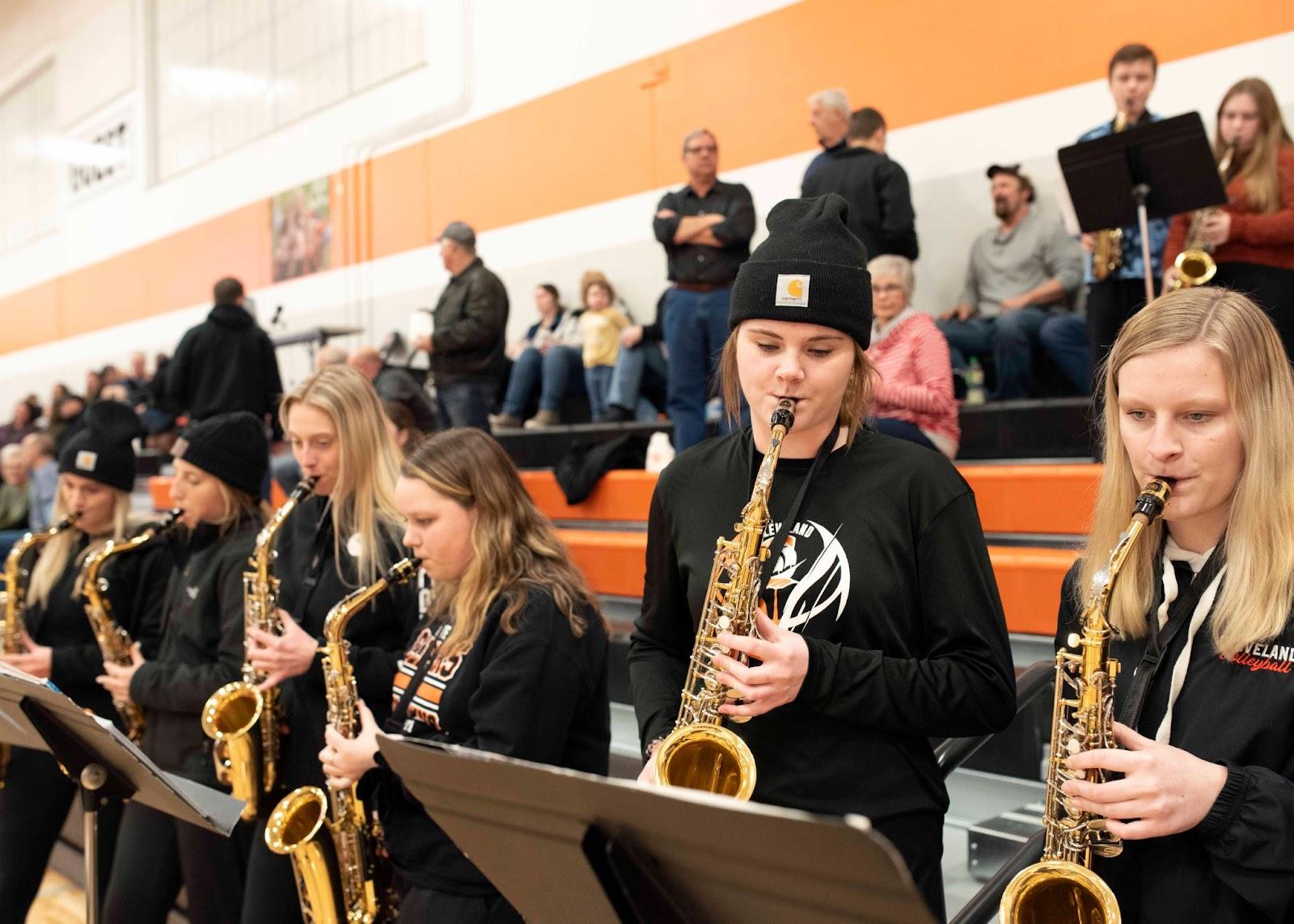 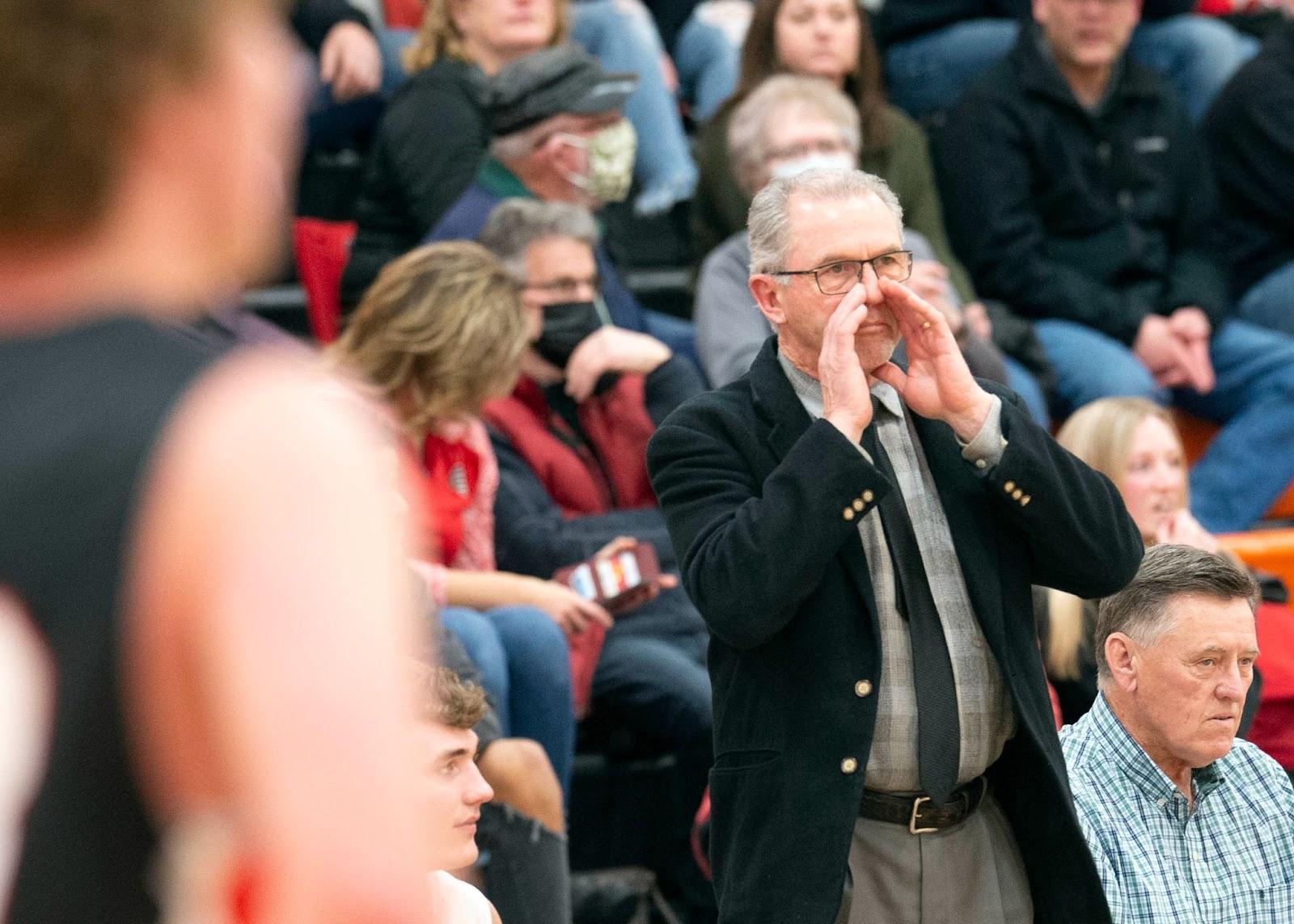 Gene Glynn made the transition from baseball to basketball, but he is no stranger to the court. As a Waseca player, Glynn was the state’s first “Mr. Basketball.” 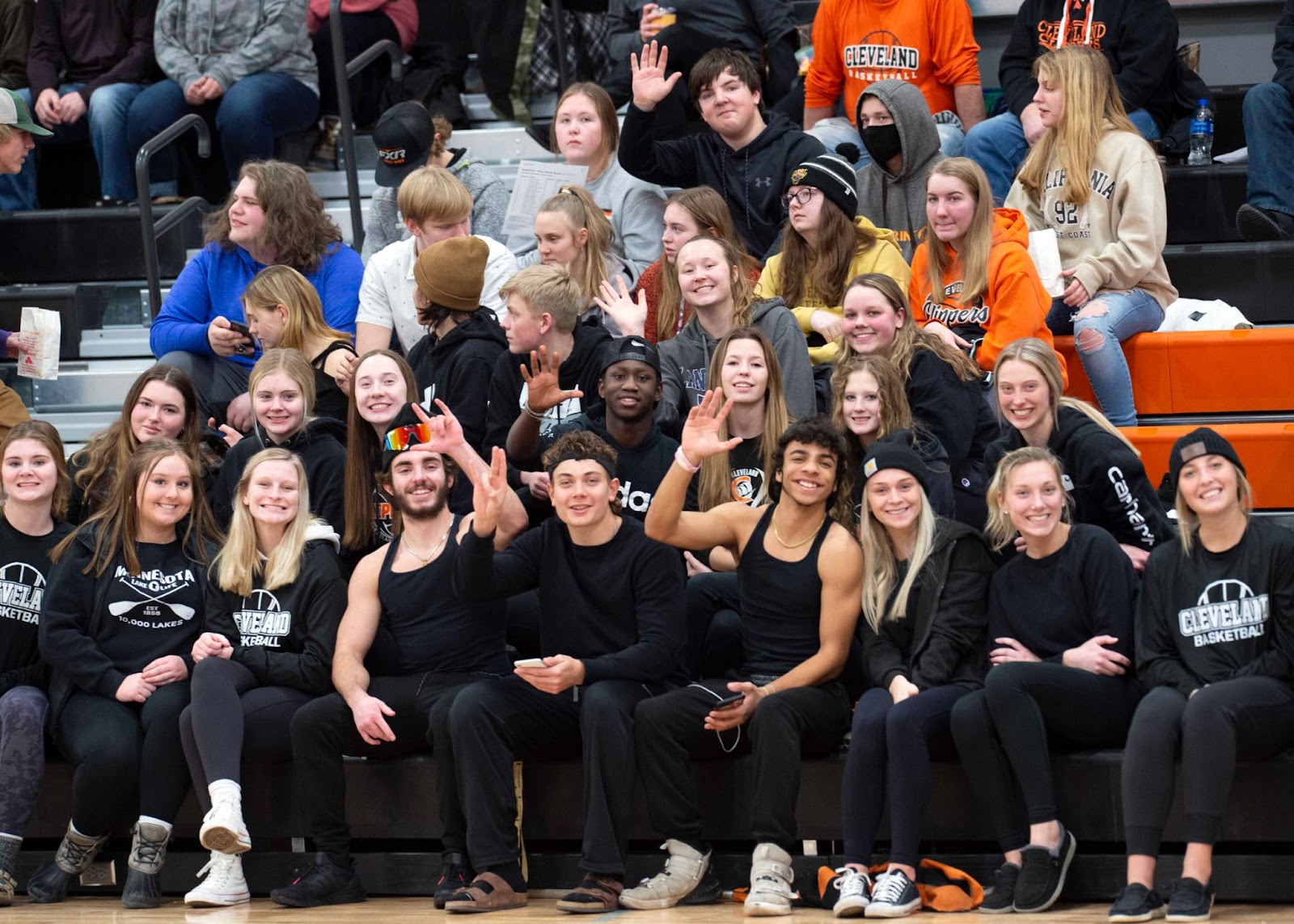 The student section put the latter in orange and black.