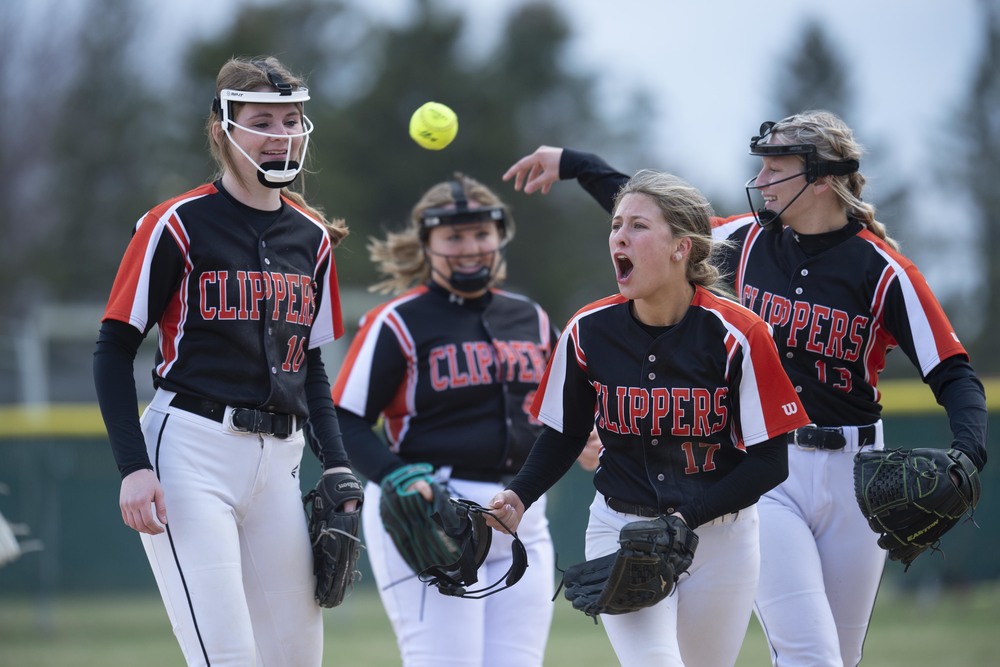 Connor sibs team up for winning run against Madelia

Above: Sophie Shouler celebrates after making a throw to first for the last out.

When it comes to softball at least, Ashley and Cassandra Connor both admit to a bit of a sibling rivalry.

But with hard hits, both almost out of the park, they teamed up for a one-two punch to score the winning run in Cleveland 9, visiting Madelia 8 on Thursday.

“I wanted to outdo her,” said Ashley, a senior. “Hers was close. I was going to get mine a little closer.”

On a walk, a triple and a two-run homer, Madelia took a 3-0 lead in the top of the first.

“We came out flat right away,” said head coach Mike Barten. “We moved some girls around and had one player out with an injury.”

The Clippers got one run back in the bottom of the same inning when Sophie Shouler reached second on an error, stole third and scored on an Ashley Connor ground out to first.

The Clippers posted four more runs in the third to pull ahead 5-3. Shouler led off with a walk, stole second, moved to third on a passed ball and scored on a Harley Connor ground out.

Casandra Connor hit an infield single and, not to be outdone, Ashley Connor drilled the ball past the right fielder to score her sophomore sister. Laci Hollerich singled, and Kaylee Karels followed up with a hard-hit ball to third. With an overthrow on the play, two runs scored.

The Clippers added another run an inning later. Grayce Kortuem led off with a line drive, stole second and made it to third on the play with an overthrow at first. Kern walked, and the Blackhawk catcher tried to nail Kortuem at third when Kern made the easy steal to second, but the ball trickled to the outfield, and Kortuem scored.

“The pitcher was a little slow,” said Ashley Connor. “I think we all just had to adjust to it, and when we did, we all got our bats going.”

But on an infield error, three hits and two walks, the Blackhawks rallied for five runs in the fifth to take an 8-6 lead. While two runners walked home, Kern finally go the Clippers out of the inning with a strikeout.

With a run in the bottom of the fifth, the Clippers narrowed their deficit to a run. Ashley Connor led off with a walk, stole second, moved to third on a Karels infield single and scored on a Lexi Waldron ground out.

Shouler walked in the first before the Connor sibs hit back-to-back doubles for the Clipper go-ahead run.

The game had some drama left though. After Shouler’s walk, Kern reached first when the shortstop’s throw was off target. She got caught off base, fell hard on her knee during the putout and had help getting off the field.

But she came back to pitch the final inning, and the Clippers hung on for the triumph.

“I’ll be putting ice on my arm and on my knee tonight,” said the senior, who has pitched against every batter the Clippers have faced this season.

She ended the night with 10 strikeouts while allowing nine hits and four walks. The Clippers had two errors.

The Clippers also scattered nine hits. The Connor sisters each had a double and a single. Karels had two singles. Kortuem, Shouler and Hollerich each had a single.

The Clippers are back in action tonight when they travel to Caswell for a couple of games. 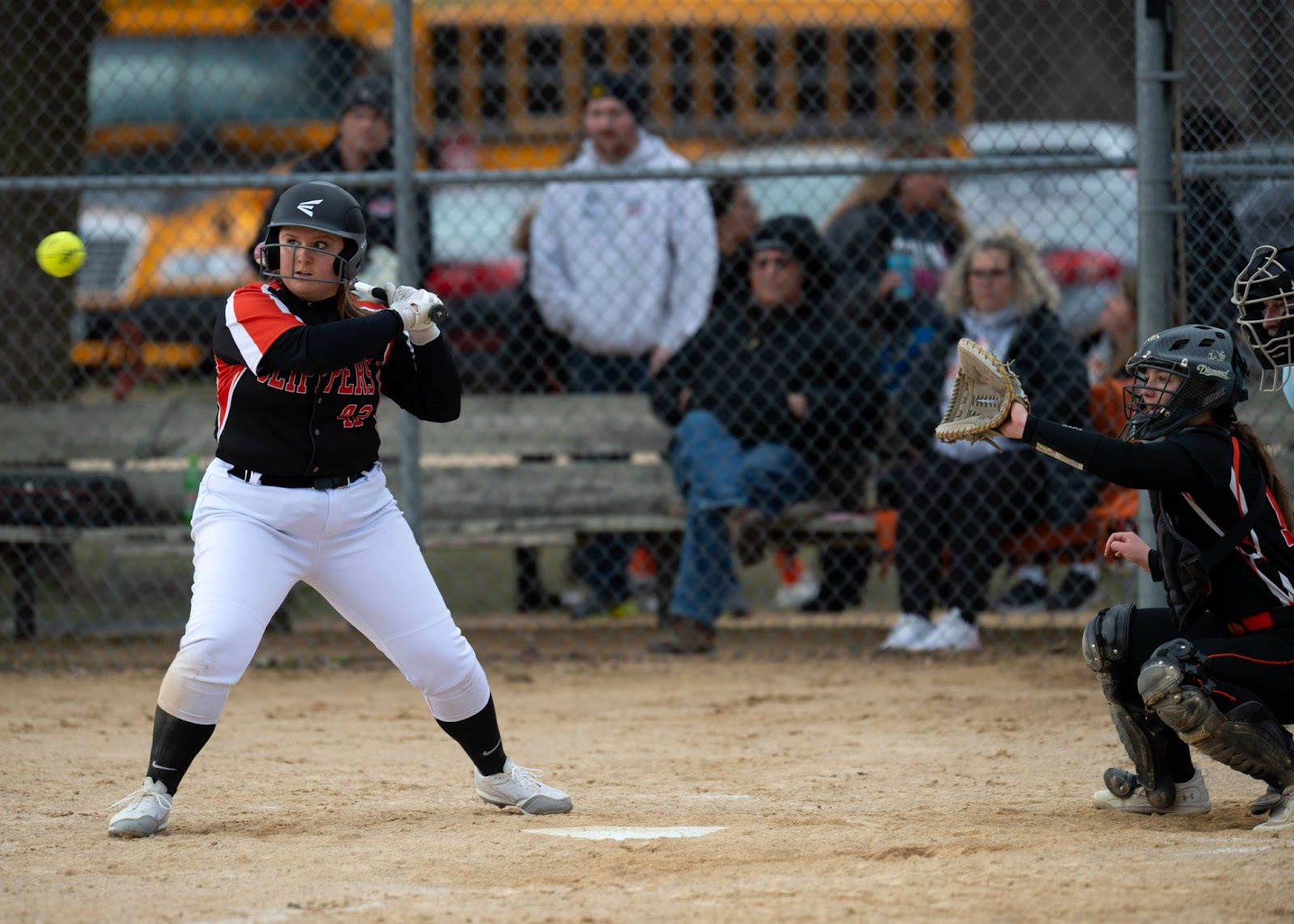 Ashley Connor had the game-winning hit. 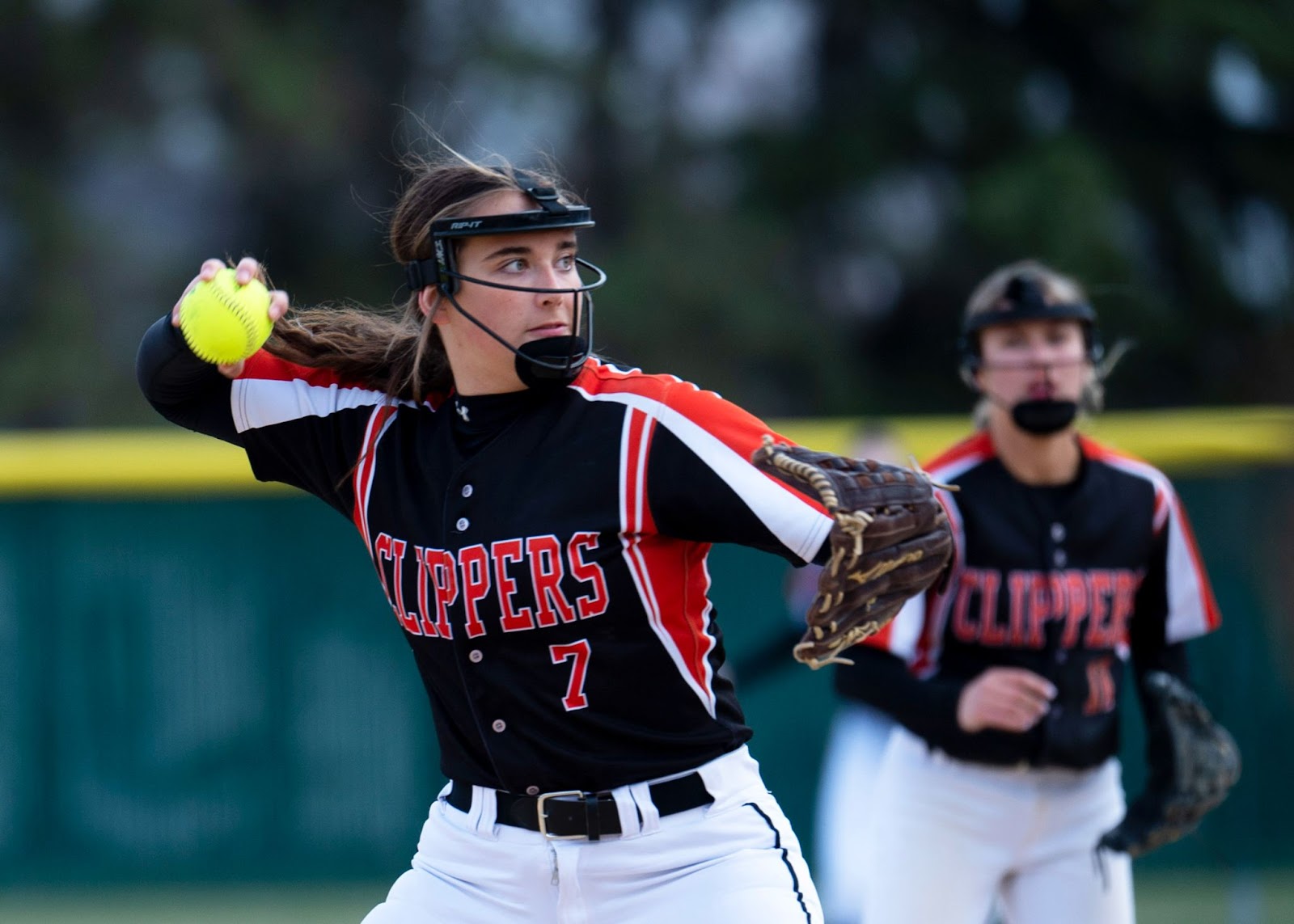 Laci Hollerich was solid at third. 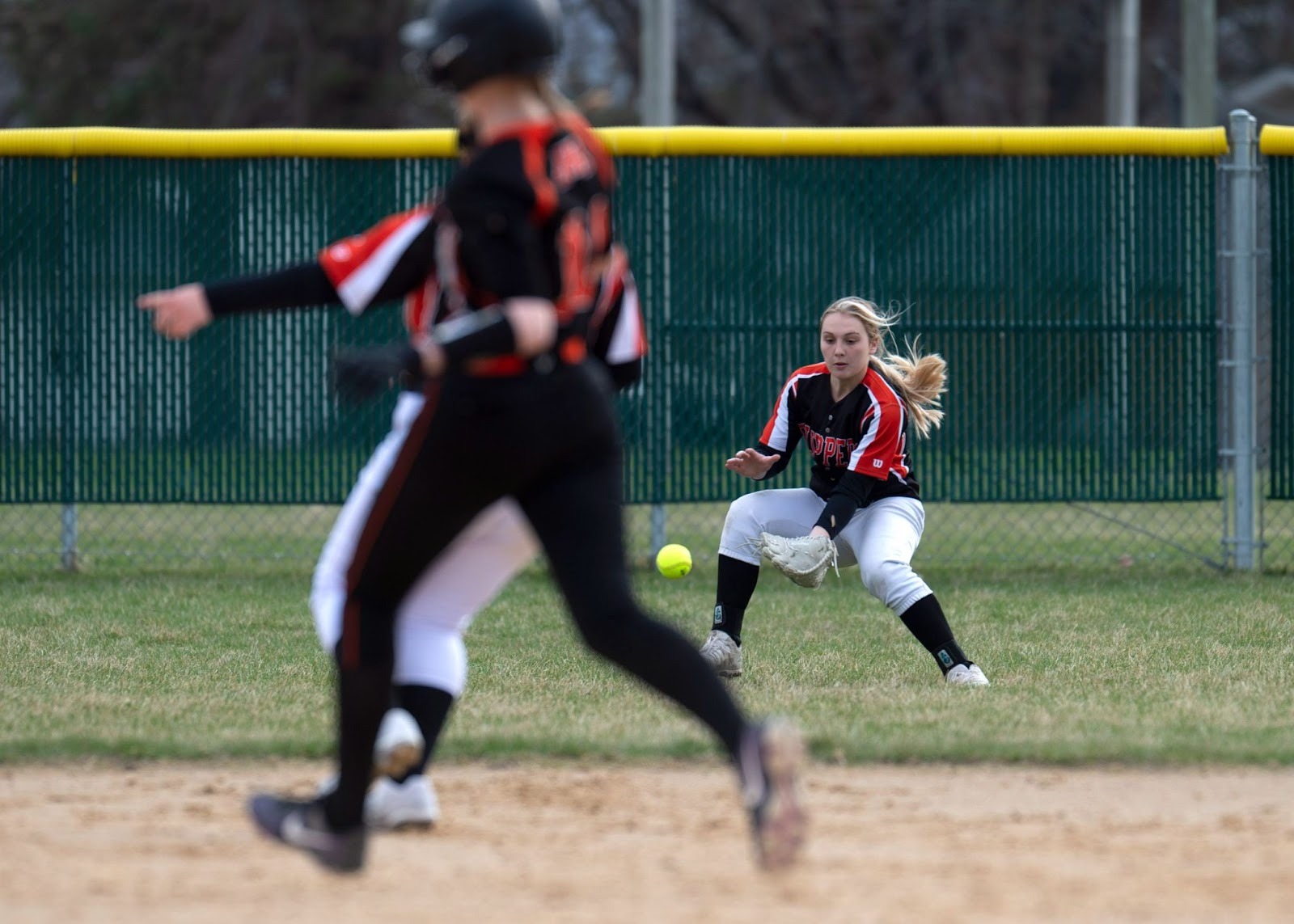