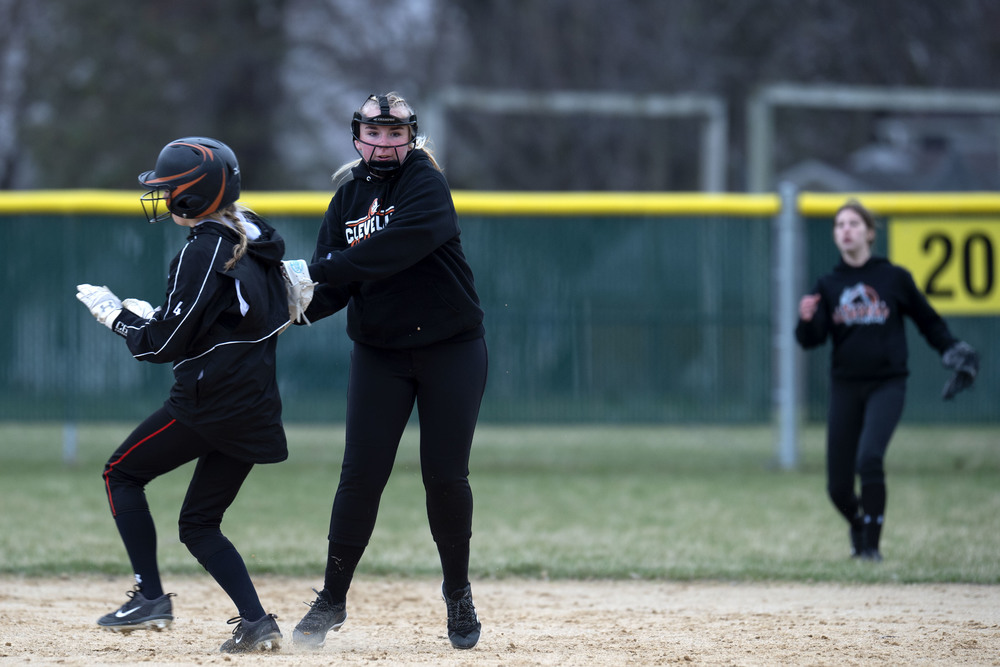 Above: Lilly Lamont applies a tag on a Madelia runner trying to reach second.

The JV softball team has gotten a game in here and there, and on Thursday the Clippers downed visiting Madelia 12-2 in three innings.

Top-of-the-order Lilly Lamont led off the bottom of the first with a walk. Mariah McCabe and Maya Lassiter got free passes too. Lacey McCabe took a pitch into her hip, Hailey Plonsky reached first on a fielder’s choice, and Jersey Kelley scored a runner on a ground out.

Jocelyn Bartell got the first Clipper hit and scored a runner. Addi Holden walked, Olivia Shouler got hit by a pitch, and the Clippers led 5-0.

After Madelia went down 1-2-3 in the top of the second, Brooke Borgardts led off with a walk. Mylie Dylla got hit by a pitch, and Ava Hahn walked. Alanna Hartman singled.

On a pair of hits and two Clipper errors, the Blackhawks managed a pair of runs in the third, but the game ended after that due to darkness.

Plonsky struck out five in the win and gave up three hits and one walk The Clippers committed two errors.

On April 19, the Clippers downed host St. Clair 4-1 in three innings of play.

Lamont stuck out four and allowed two hits and one walk. She beaned two batters. 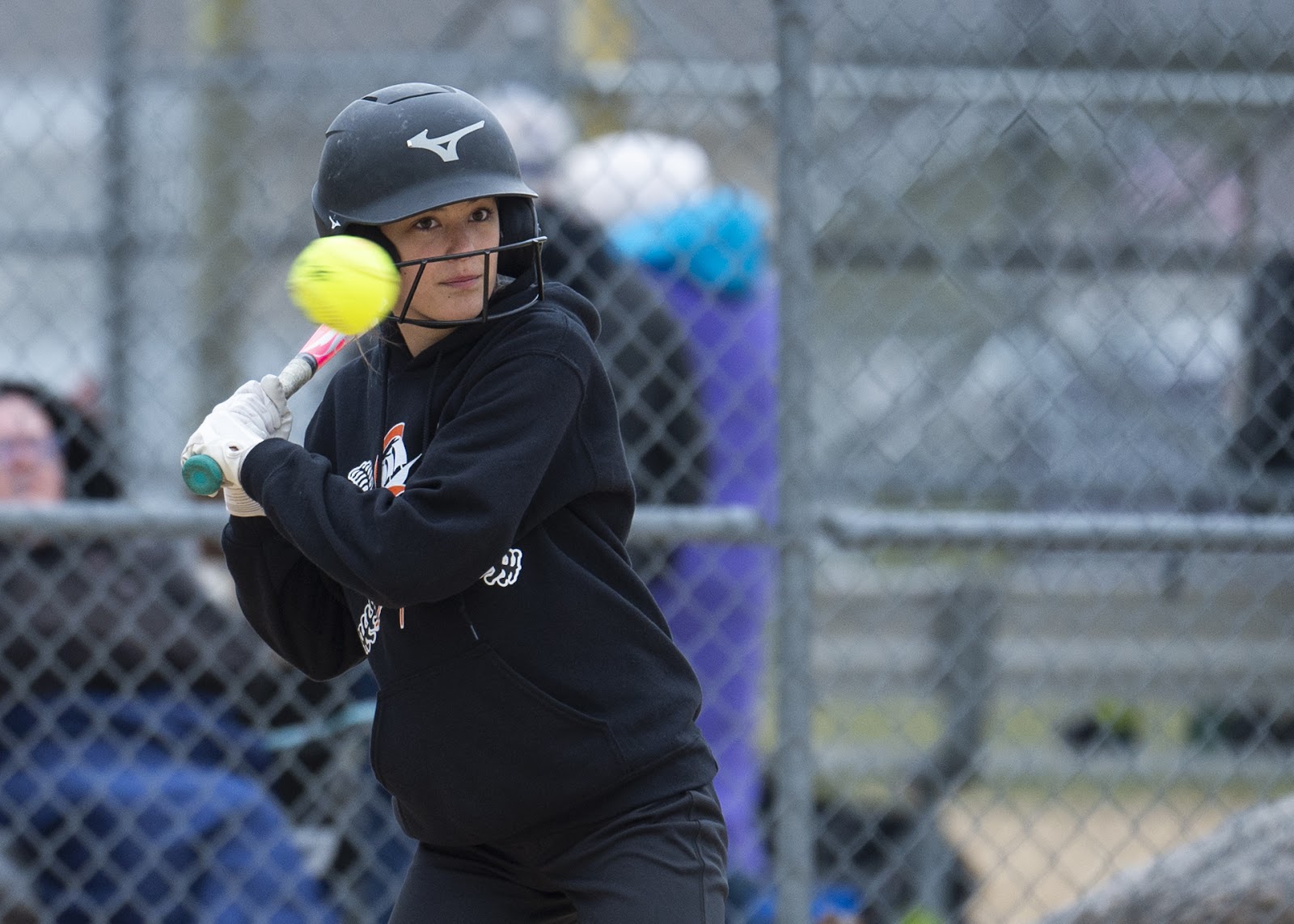 Mariah McCabe takes a ball high during the Madelia game. 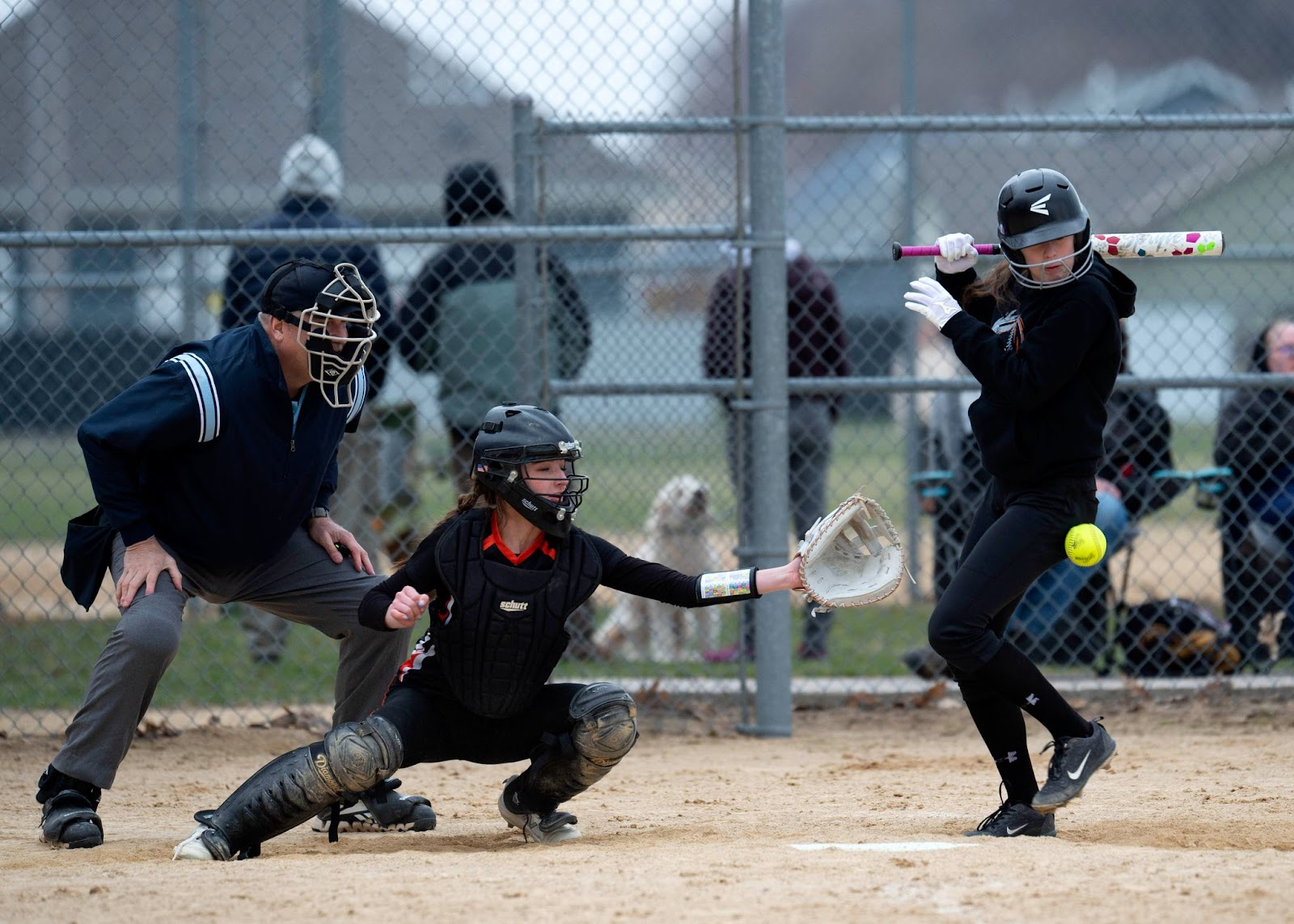 Lacey McCabe takes a pitch for the team during her first at bat against Madelia. 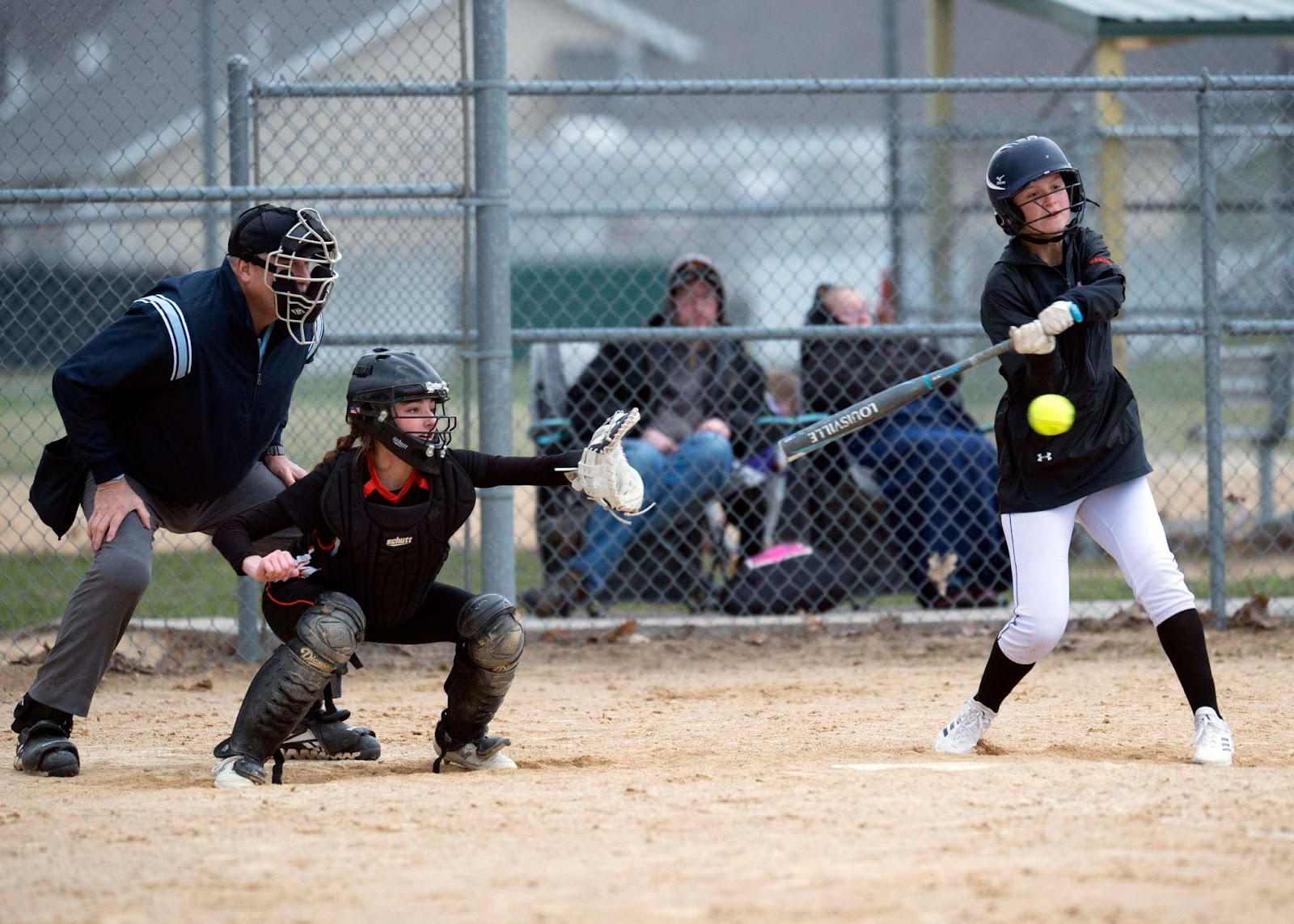 Allana Hartman uncoils for a single during the Madelia game. 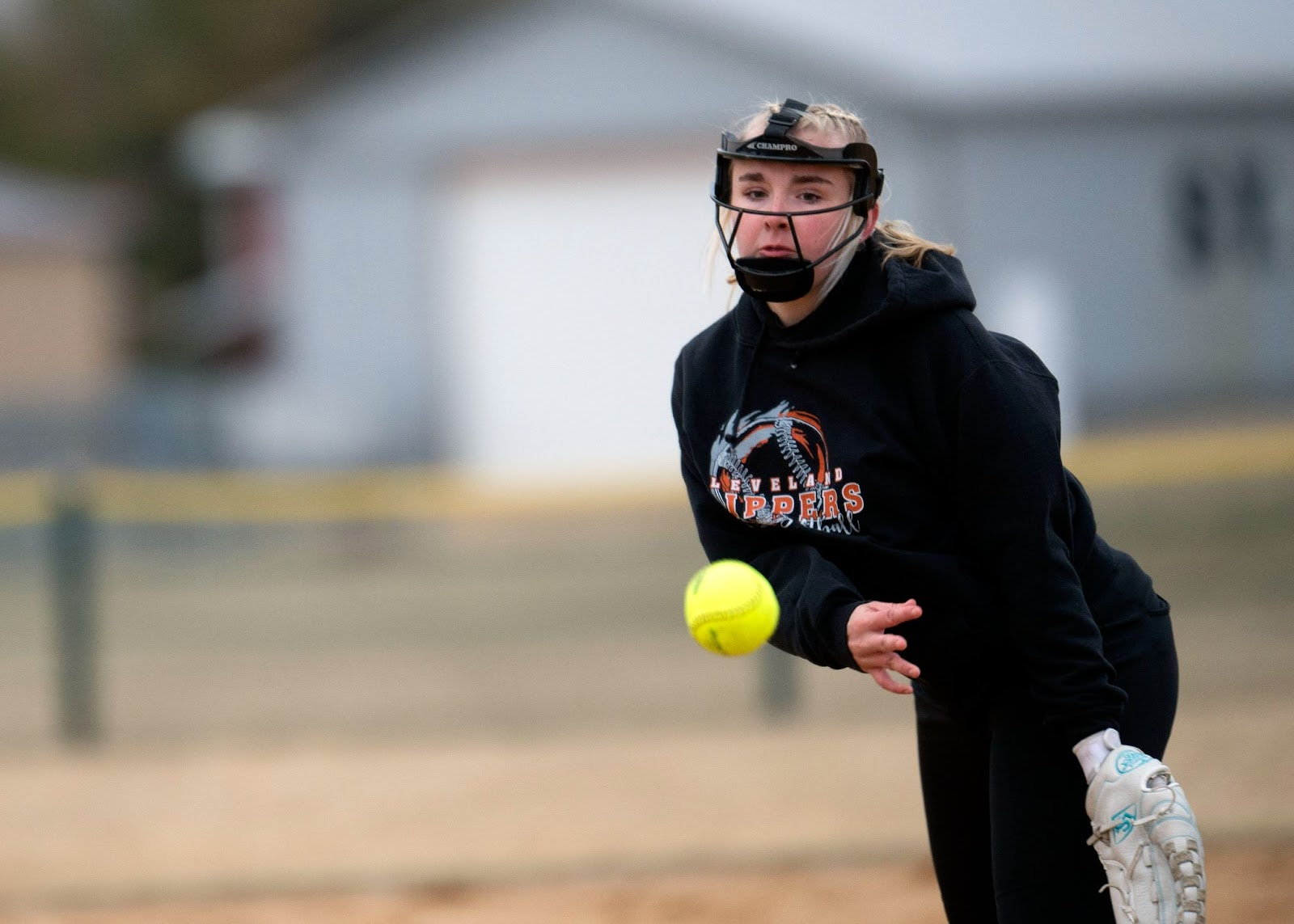 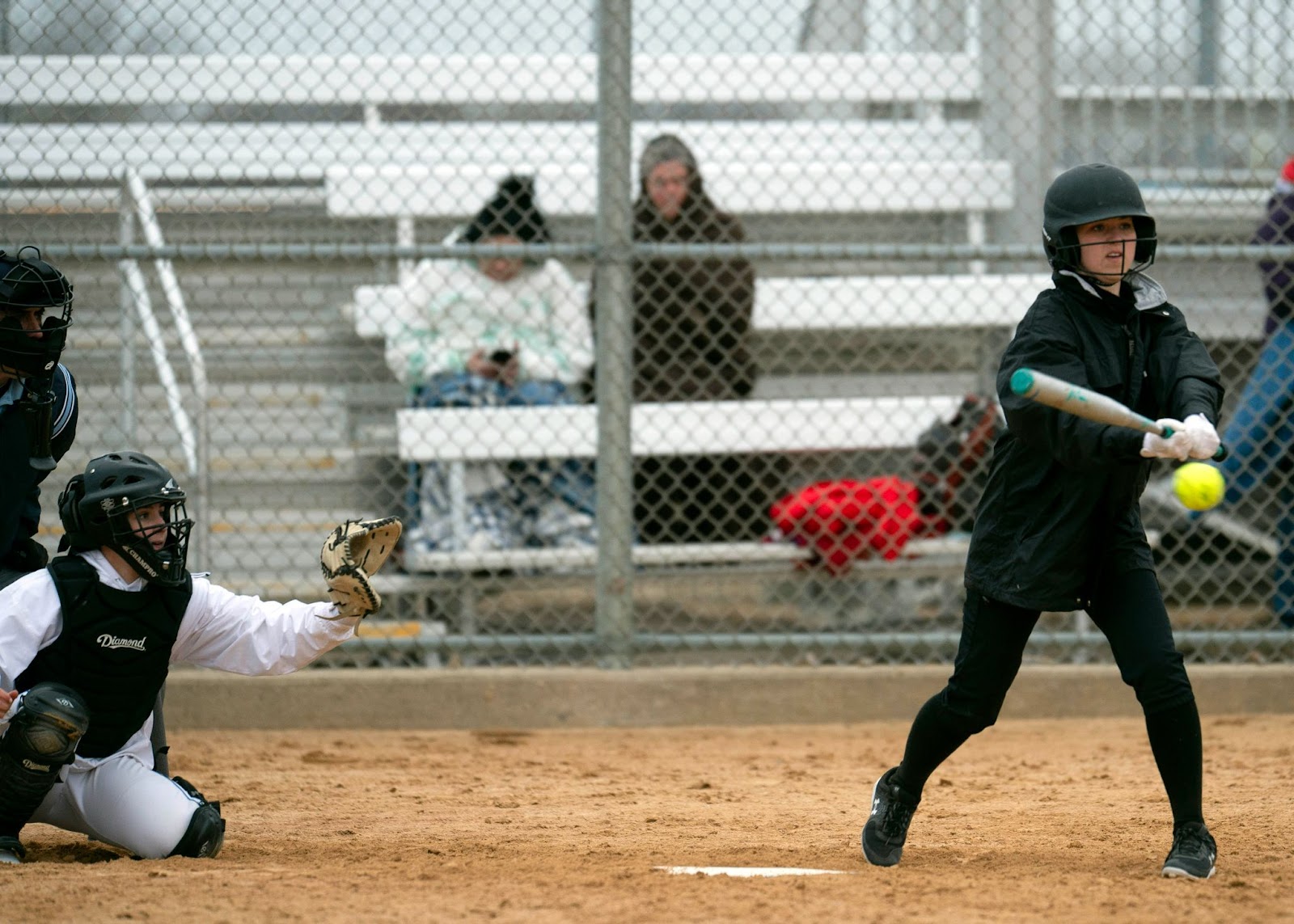 Madisen Seeley returns the ball for a pair of RBIs at St. Clair.